A Night in Savannah!!!

So after getting cleaned up from the race, we decided to go on one of Savannah's ghost tours and then to dinner. I'm so glad we had a night to have some fun!

Here's me and Paige all cleaned up!!! 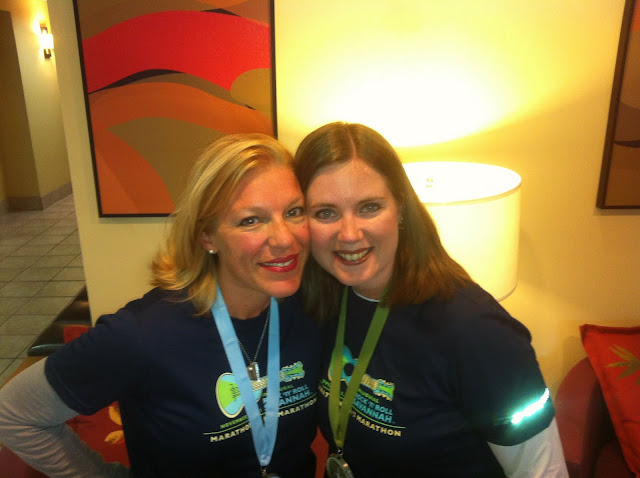 And here's the group! Gina, Paige, Me, Sally, and Angela! And yes...we had to wear our race shirts and medals!!! 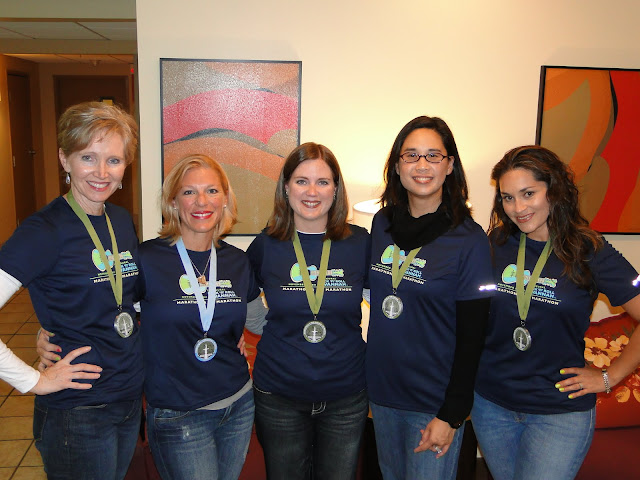 We drove to downtown Savannah and walked around a bit before it was time for our Ghost Tour. 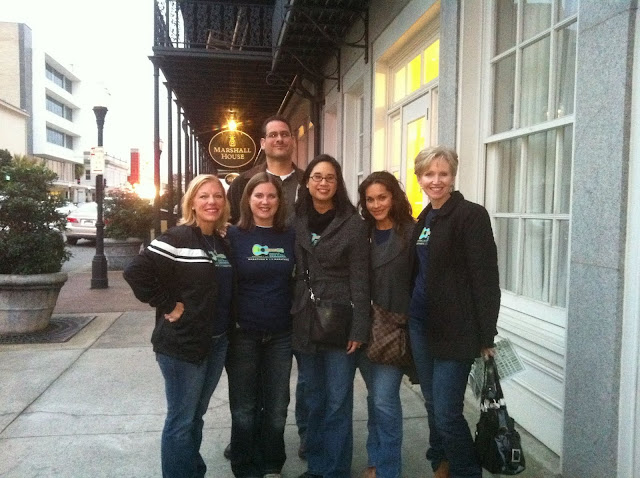 I was still amazed at all the signs welcoming the runners! I HAD to take a picture of this theater's sign! 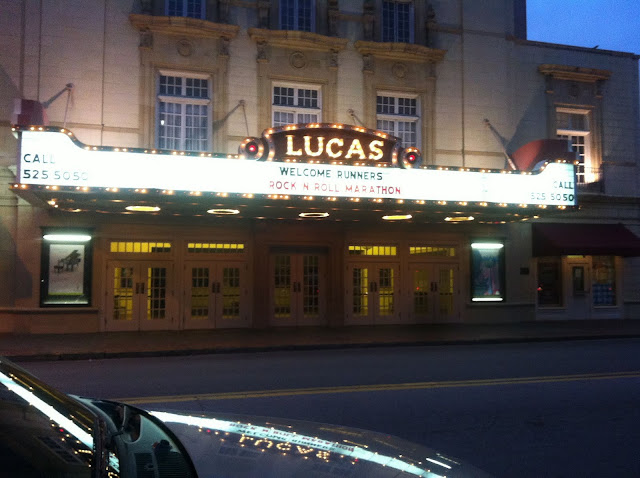 The Ghost Walk was cool! The tour guide didn't try to scare us too bad...I don't really believe in that stuff anyway. But it was great to hear some of the history of the city!

This is The Marshall House, the oldest hotel in Savannah and one of the city's most haunted places. It was used as a hospital during the Civil War. During one of its renovations, human bones were found under the floorboards. These are said to be the amputated limbs of the Civil War soldiers. And supposedly there is a ghost Civil War soldier that is seen walking in the hallways holding his amputated arm looking for someone to reattach it! 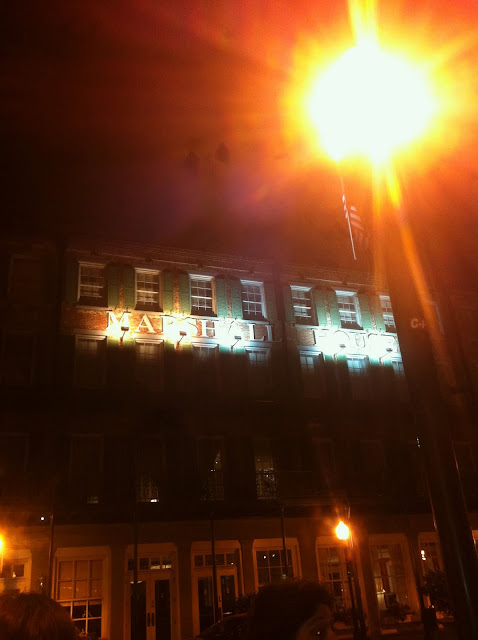 Here are a few other landmarks we encountered on the ghost walk...although I don't remember all the stories about them. I just thought they were pretty! :-) This was in one of the squares in downtown. 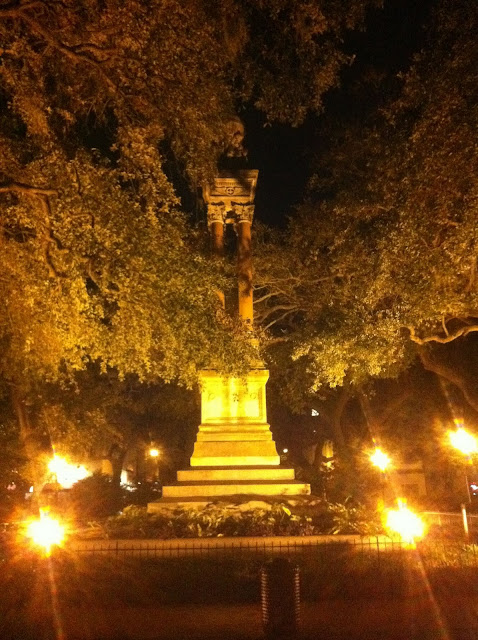 And this church was seen in the movie Forest Gump where the feather is flying through the air! Pretty neat! 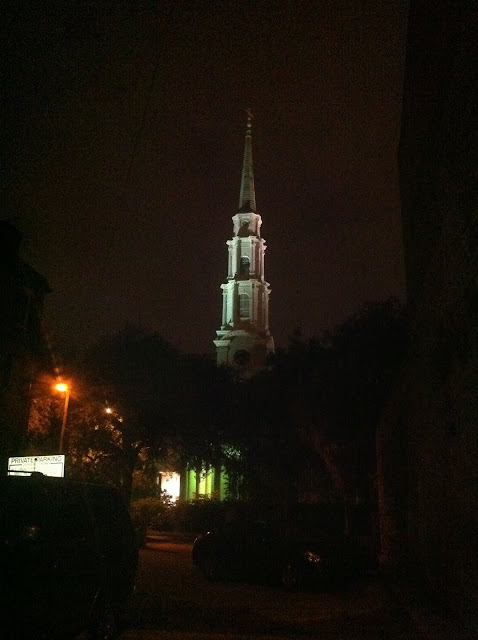 After the Ghost Walk, we went to Tubby's on Riverstreet. It was very yummy! We ordered a fried green tomatoes appetizer that was soo good! I ordered fish fingers and homemade mac and cheese for my meal...the fish was awesome and so was the mac and cheese! And our waitress was awesome! After dinner, we headed back to the hotel. We were all sooo tired from waking up at 4:30 AM and running half and full marathons!

The next morning, we headed out around 8 AM for home. It was pretty funny watching all four of us (me, Paige, Gina, and Angela) trying to walk. We were sooo sore! Angela and I had to show off our shirts we had bought at the Expo before we left! It says "Live, Love, Run Half Marathons!" 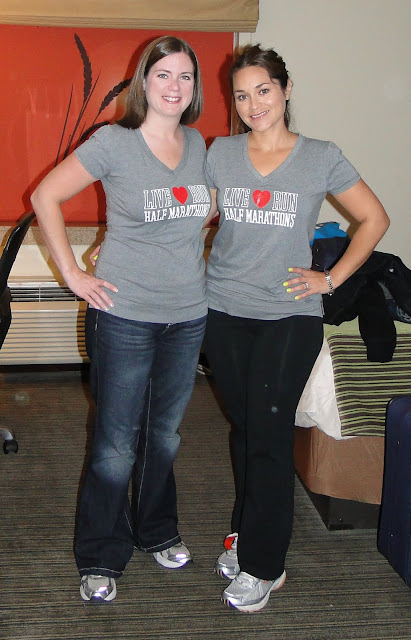 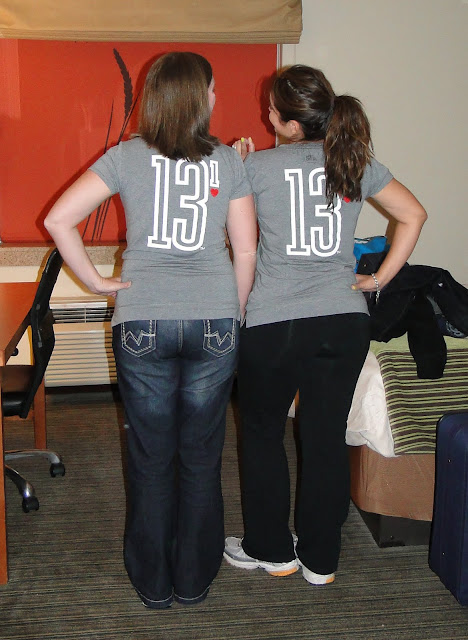 We had a pretty fun ride home! We talked about all the fun we had at the race and in Savannah. And we played the ABC game about 4 times! 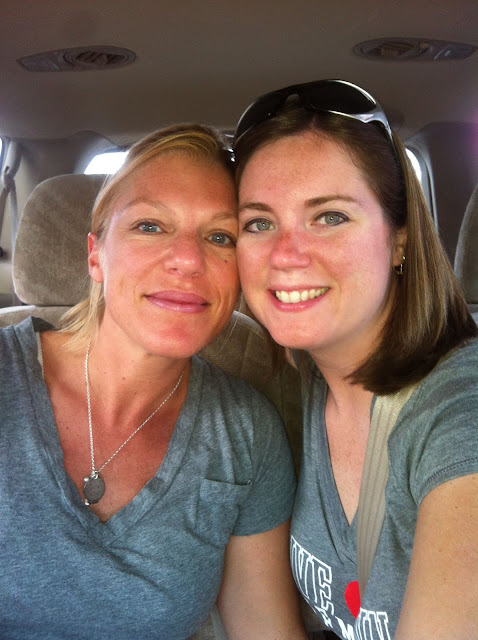 My favorite part of the ride home...lunch at Sonny's BBQ!!! Yummy!!! I am super blessed to have such great friends who enjoy running as much as I do! I can't wait for the next race...Gulf Coast Half Marathon in Gulf Shores (January 22, 2012) and Rock 'n' Roll New Orleans Half Marathon (March 4, 2012)!!!

As for now, I am taking two weeks off of running to recover. My quad and hip flexor need some rest time before I start training heavily again. But...I can't WAIT to start training again!!! :-)