This week was a taper back week for me. I had 6 miles on the schedule. But Jenny and I made a plan to run 7 miles. We were meeting at her house early Saturday morning so we could run a different route. I had my pizza the night before and I was ready to run!

I woke up Saturday morning to a sad text from Jenny. She had hurt her foot somehow on her walk the night before. The pain had kept her up all night and she knew she didn't need to run on it. I felt so bad for her! Especially because the next day was supposed to be her 100th day of her run streak! But I know she made the right choice to not run.

The temperature was pretty nice. It was 69° with 94% humidity. I knew I would be sweating before the first mile was done.

There wasn't anything exciting about this run. There were clouds in the sky that were covering the sunrise. So I was bummed I couldn't see that. 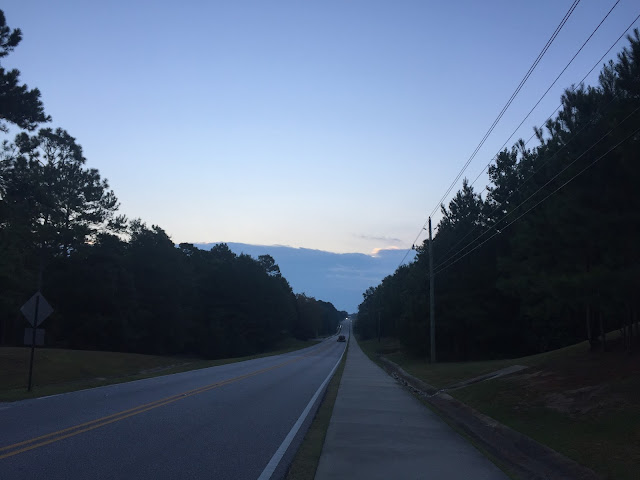 It was pretty quiet out there. I did see two other groups running. One group was some of my Sole2Soul Sisters. They were wondering why I was by myself so I told them about Jenny as we passed each other.

Even though I was solo I still enjoyed the run. Sometimes it is good to just listen to the sound of your feet hitting the pavement. And it gave me lots of time to pray.

Before I knew it I had made it my 7 miles! I missed running with Jenny but it's nice to know I can accomplish a long run on my own if I have to. 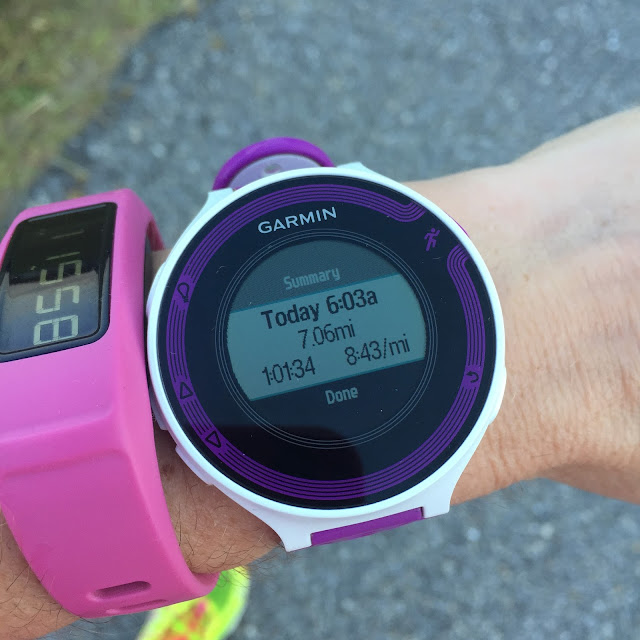 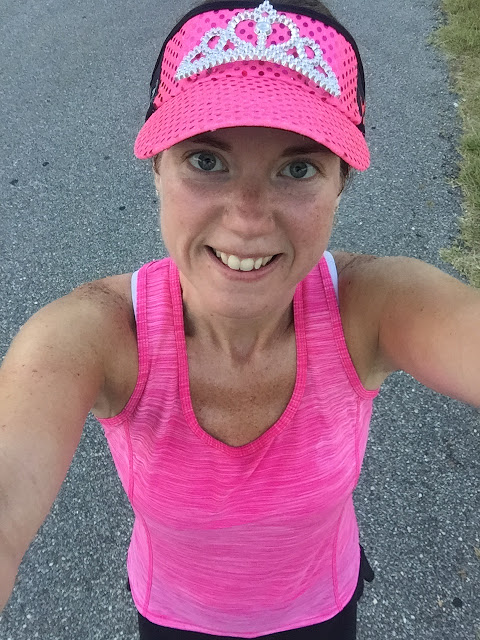 Next week I have 10 miles on the schedule. I'm hoping Jenny will be able to run with me!

QOTD: What is your favorite song to run to?