Saturday morning I woke up earlier than I have been lately so I could beat the heat on my long run. There was a heat advisory for a little later that morning and I wanted to get my run done before that went into effect.

I had two goals for this run....to start earlier and to slow my pace. Half Marathon training starts in just a few weeks and I need to slow down some in order to get in those longer runs in this heat. I've told y'all numerous times that slowing down is tough for me! But I was determined!

Getting up earlier meant I got to see the beautiful sunrise! It was gorgeous! 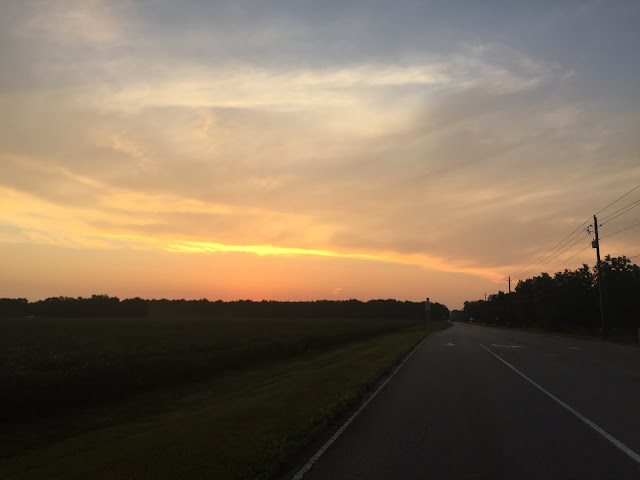 I chose a route that I haven't run in awhile to make things more interesting. This is usually a higher traffic route but since it was early I didn't have too much traffic to deal with. It was nice!

I got my pace pretty early on. And it was slower! I just needed to keep it that way! I passed by my church on this route. Sorry for the blurry photos but it's hard to take pictures while running lol! 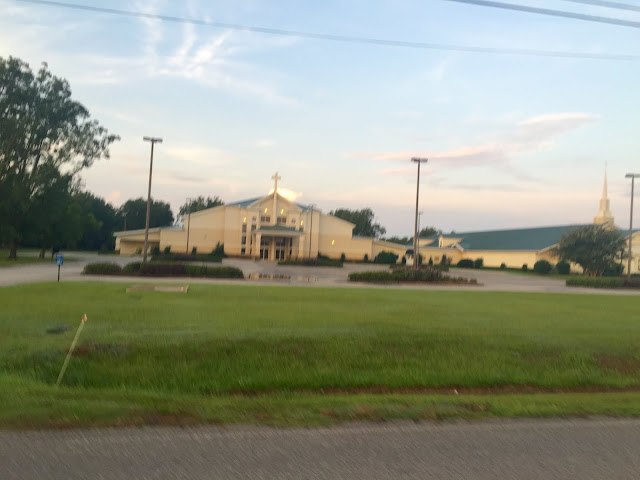 There was another runner running ahead of me on the same road (you can kind of see him in the blurry picture below). I felt like I was chasing him lol! I had no idea I would catch up to him but I did after about 2 miles in. He was nice and commented how pretty the morning was as I passed him. I'm not gonna lie...it felt pretty good to pass a man runner! ;-) 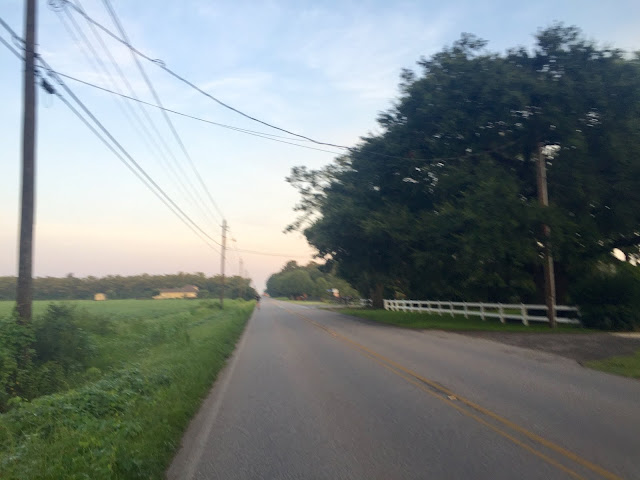 I love running where I live! You go from town to the country in less than a mile from my house! 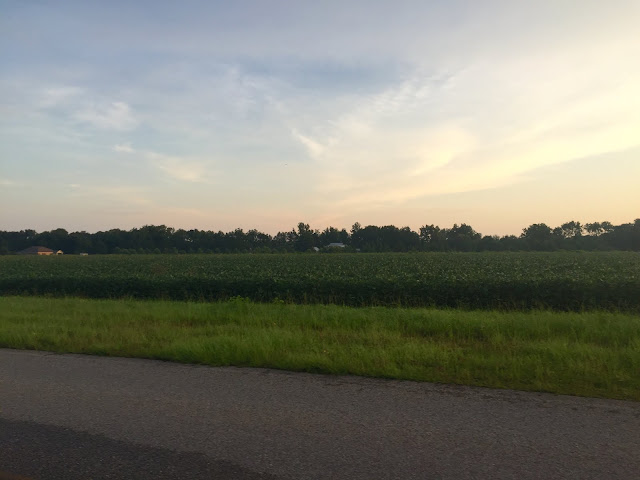 About halfway through the run I ended up in a neighborhood. It was quiet and peaceful running through there. All I heard was frogs croaking. And I was feeling great! The slow and steady pace was making my run so much more enjoyable! 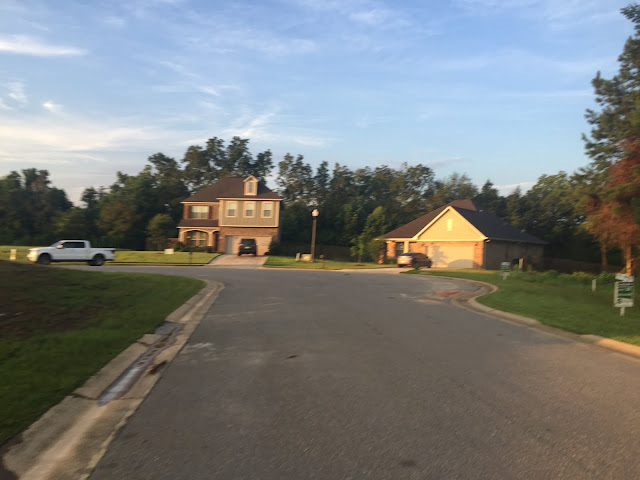 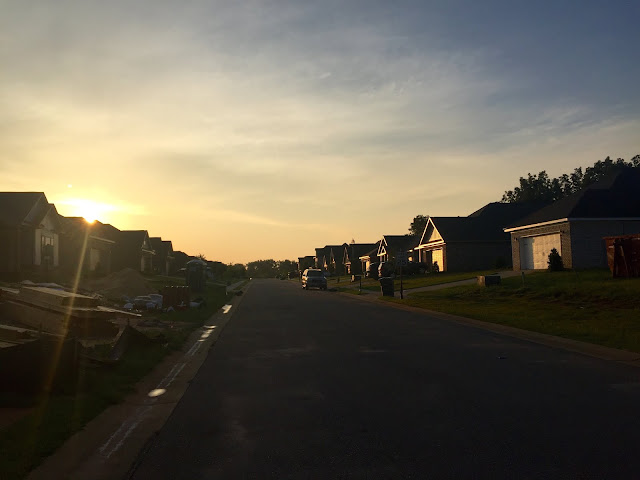 I did the big loop and another smaller loop in there and then I headed back out of the neighborhood. 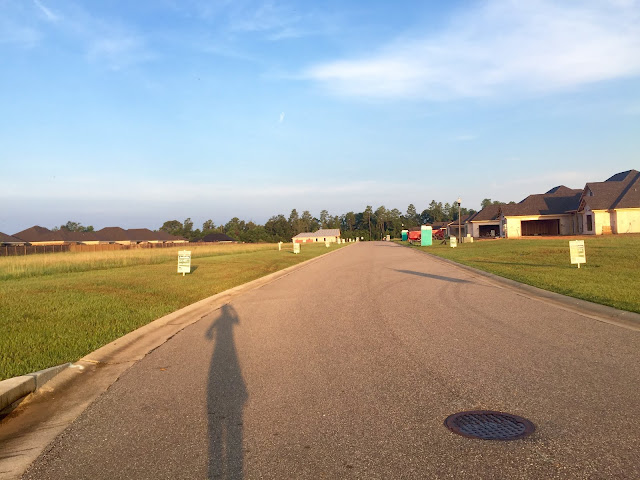 After about a mile outside the neighborhood I was back home....and at the end of my run! 6.2 miles was done! And although it wasn't my fastest...it was a great run!!! Yay! 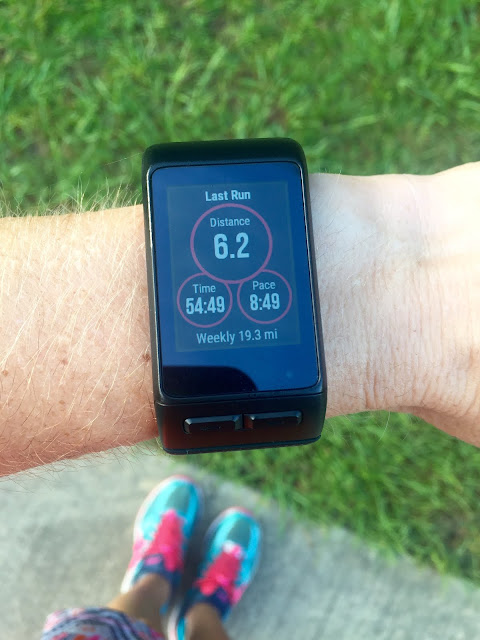 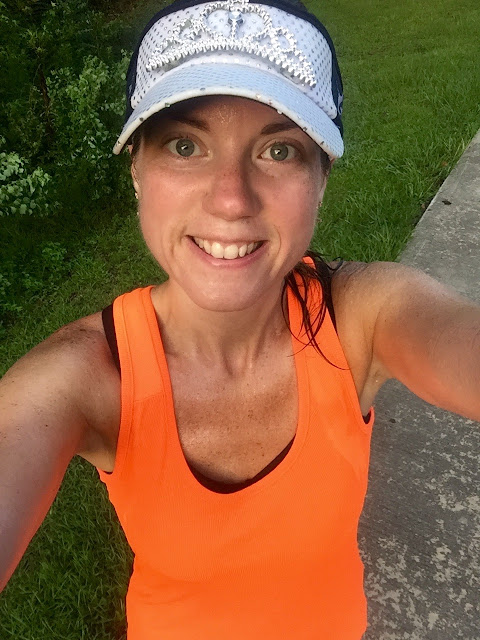 This run made me not dread half marathon training like I have been. I think the heat has just made me lose confidence in my ability to run longer distances. Slowing down helped me remember I could do it!

QOTD: What are you training for at the moment?