It's really weird not having a race recap to write this week! I did a ton of racing this winter! But all my races are complete until the fall.

So right now I'm not training for anything. But that doesn't mean I won't be running long runs this summer.

My plan is to keep a base of at least 6 miles. Some weeks I will run more. It will just all depend on how I feel during the run.

This past Saturday I set out for 7-8 miles. I decided to run my favorite route to downtown and back. The weather was in the 60's. And it was sunny and clear! 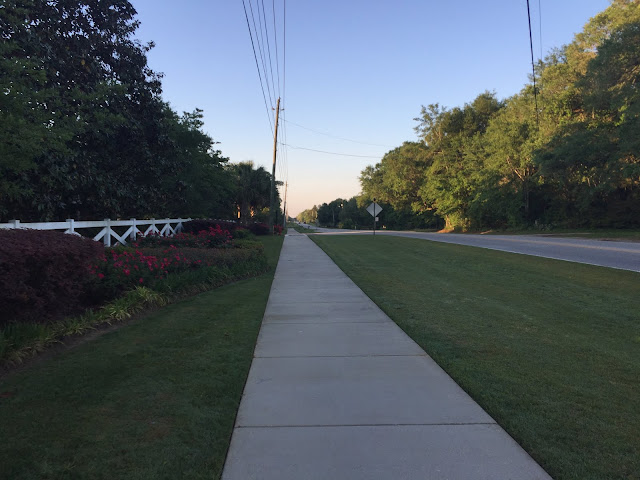 This first mile was on sidewalk so I didn't have to worry about traffic. But then I hit the street and I had to be very aware. Also...the weekend before as I was running along this same street a man was walking his dog. He was on the opposite side of the street from me. His big, white, fluffy, friendly-looking dog saw me and started growling and charging at me! I was SCARED TO DEATH! And I think even the man was surprised! He started yelling at his dog but the dog kept coming. And there were cars coming as well. The cars ended up having to stop so that they didn't hit the dog. I could feel the dog brush up against me but luckily he didn't bite me. The owner grabbed him and I kept running. It was so scary.

So this week I was on the lookout for that dog again. Luckily he was not in sight. I breathed a sigh of relief and started enjoying my run. Around mile 3 I had reached the downtown area. It's always so pretty there! 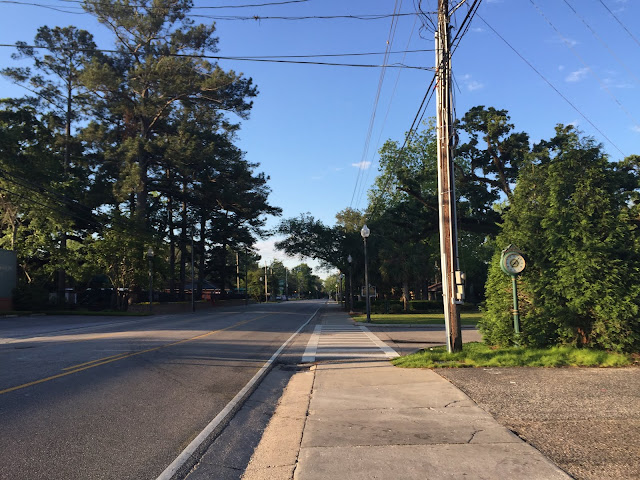 I was having a great run. I decided to go ahead and run 8 instead of 7 miles. I reached mile 4 and it was time to turn around and head back.

Going back I realized that I had been going slightly downhill the way there. So the last half of this run was a lot tougher because it was hilly! And there was some wind that added to it. 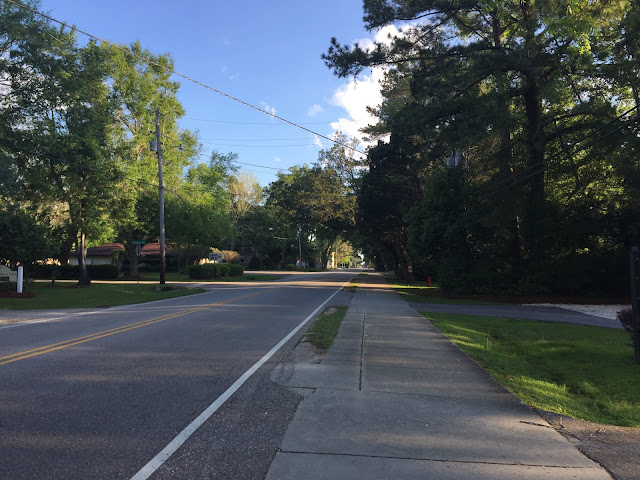 I tried to distract myself and not think about the hills. I absolutely LOVED running by this house that had these bushes in front. They smelled soooo good!!! Does anyone know what it is? Is it honeysuckle? 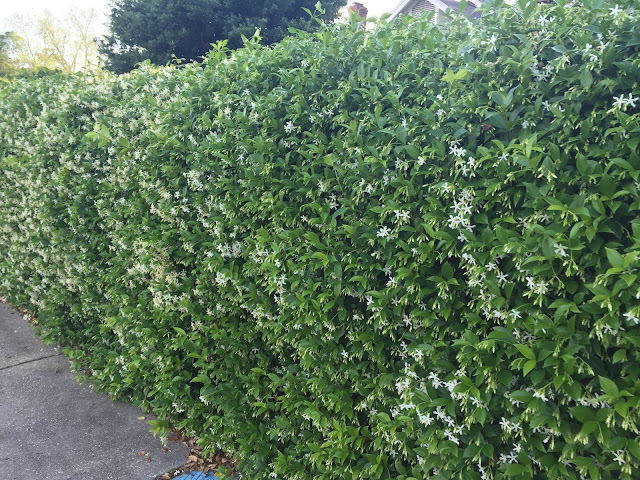 I crossed over the main highway and then I only had about 2 miles to go. I was running down the street and I could see that there was a man running in the middle of the street heading my way. I think he spotted me and he ran over to the sidewalk. Guess what he was doing? Putting a leash on his dog! YES! The same white, fluffy, friendly-looking dog (vicious dog in my opinion) from last weekend!!! I was soooo thankful he put a leash on him! The man and the dog stayed on the sidewalk and as I passed by them the man kept running and said good morning to me. I responded and as soon as I did the dog tried to run after me AGAIN! He almost tripped his owner but the man kept ahold of him thank goodness. Whew!

The rest of the run was uneventful. I made it home safely! And I made it those 8 miles! 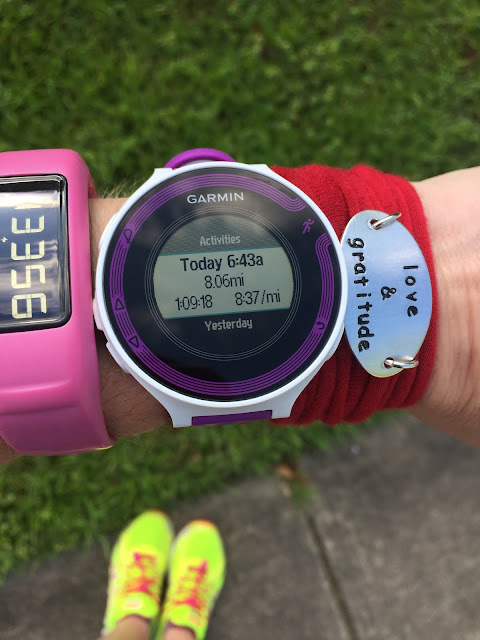 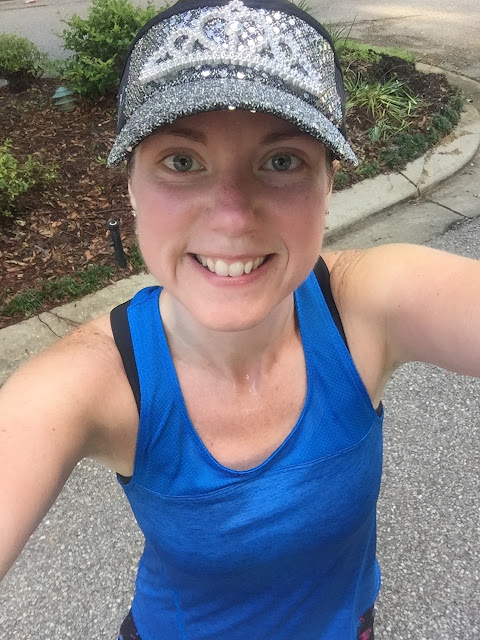 The sky was beautiful after my run and I couldn't help but take a picture of the clouds! 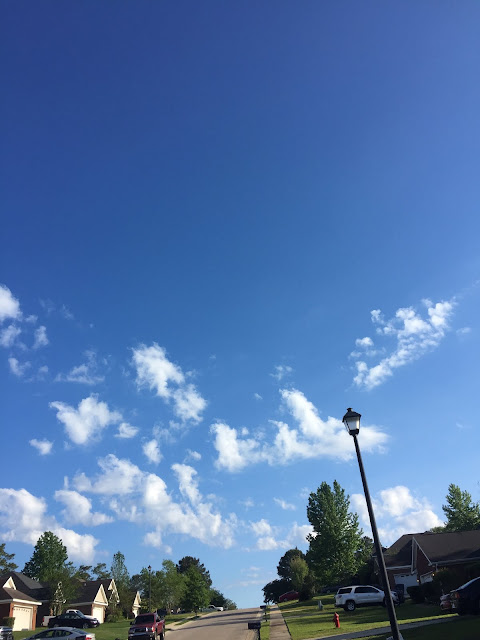 It was a great run! But next weekend....I'm changing my route up some. I do NOT like that white dog!

QOTD: Do you carry anything on your runs to protect you from dogs? I need some tips!