5 Miles in the Country!

This weekend's long run was done at my sister's house. She lives out in the country so I had some nice country roads to run on!

I woke up that morning and headed outside. What I saw was this: 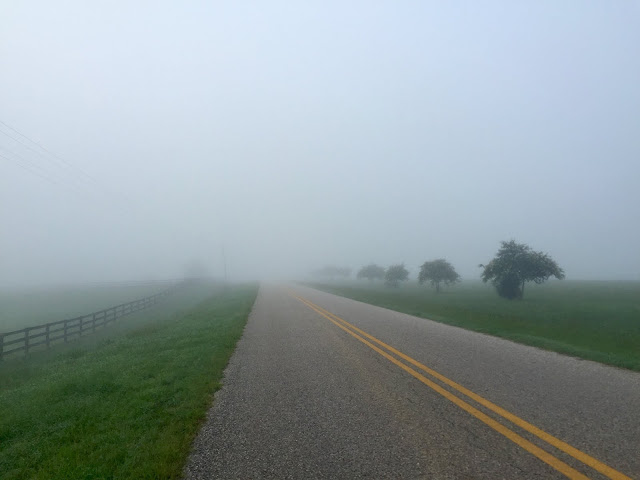 No worries! I can deal with fog! The temperature was in the low 70's so it felt great out there! It was a little humid though and the fog didn't help.

My plan was to run 5 miles. I knew it would be a little challenging to get in that many miles. There are some major hills around her house. And I only knew the roads around her house and didn't want to venture too far away.

So the first mile I ran in her HILLY neighborhood. Then I headed to the main roads that I'd been running on all week.

I felt great the entire run! I got in a groove and that helped. I had to run one of the long, gradual steep hills twice to get in my mileage. But I still felt great!

I ran to the end of the road her neighborhood was on. I hadn't run that far down the road all week (although I had run it the last time I was visiting). Amy told me about a house that always has a pit bull dog chained up in the yard. She also said there was one dog (wasn't sure the breed) that was loose in the yard. I didn't see these dogs last time I ran past that house. But I was very very aware as I ran past it this time. Luckily there were no dogs in sight!

But then I had to turn around at the stop sign and run back. Which meant I had to run by that house again. I was a little more confident since they weren't out the first time but still very aware.

You can probably guess what happened. Yes y'all. Two dogs came barreling out of their yard into the road barking at me!!! I screamed really loud and then I stopped running. When I stopped they stopped too thank goodness. I talked very sweetly to them and started slowing walking further away from them and their house. Thankfully they didn't follow me although they did watch me for a while. Once they returned to their yard then I started running again.

It was so scary y'all! I don't think they were pit bulls but they were very good at defending their territory! I don't even know if they were mean dogs.

Dummy me didn't have my dog mace with me but from now on you better believe I will. That was just too close for comfort.

So after that scare I still had a mile to go. I ran it strong and fast. Nothing like a dog scare to make you pick up the pace lol! 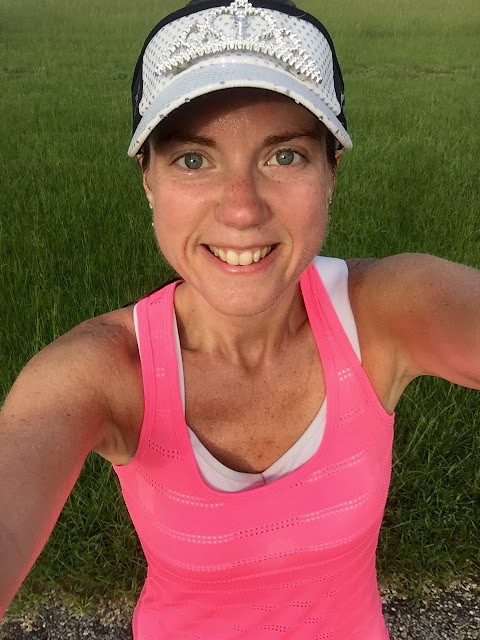 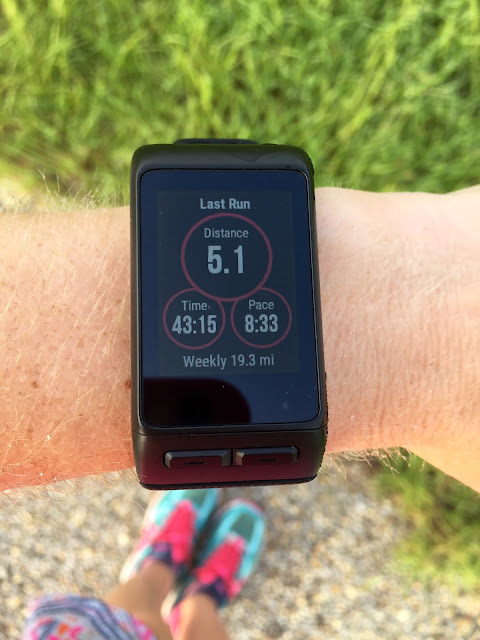 It was a great run despite the dogs!

QOTD: Have you ever had a dog charge at you while you were running? Best tips for dealing with dogs while on a run?