This past weekend I planned on running at least 5 miles. It's been so hot and humid lately that I was going to be happy if I could get in 5 miles. Like I've been trying all summer...I had a goal to slow down to help make the run a little more bearable.

I woke up to a feels like temperature of 88 degrees at 6:00AM and 90% humidity. That's enough to make you not even want to get out there! But I knew I needed to so I did.

I decided to run one of my favorite routes. The run started out well. The sun had just came up and there was still a little color in the sky. 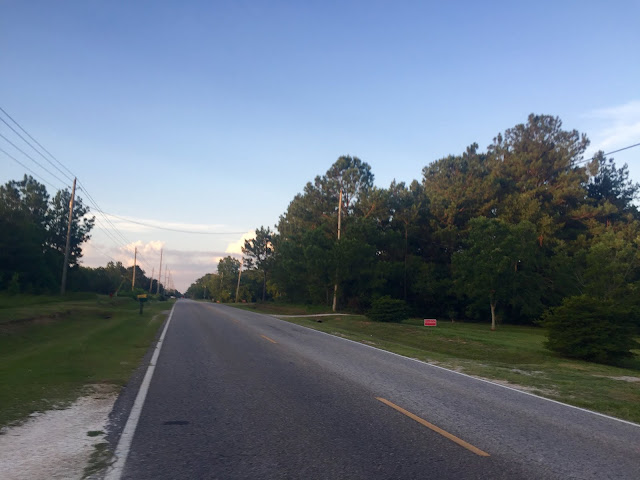 The first mile went by pretty fast. And then I turned onto one part of my route that was shaded. It's such a pretty road! 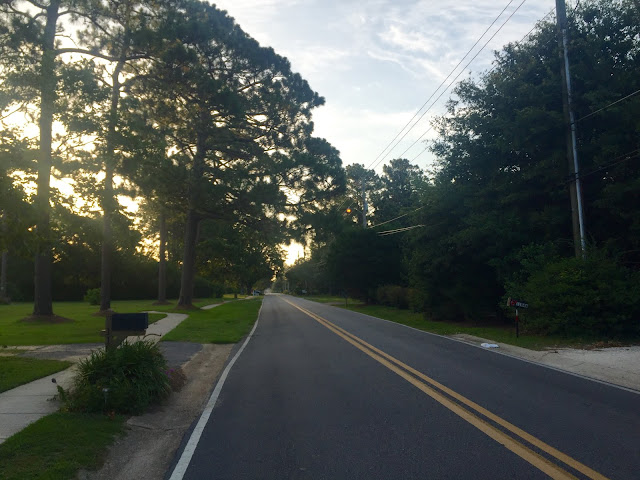 I ran to the end of this road and then turned around. I took a little turn into a small neighborhood and did the loop in there. Then I headed back.

I reached the part of the route where I would need to make a decision. I could keep going straight for 5 miles...or I could make a right turn so I could run 6 miles. 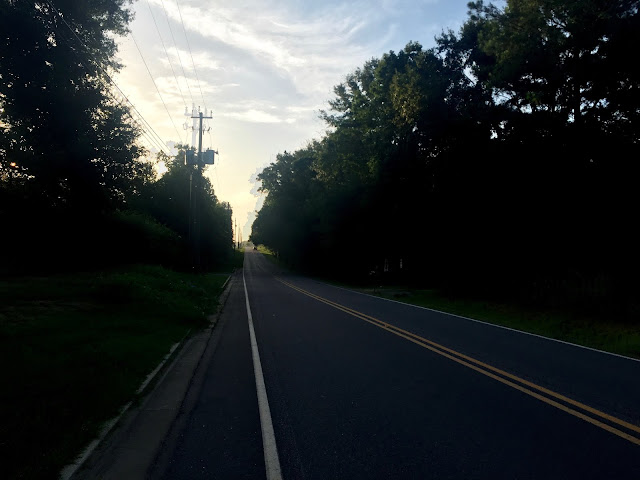 Since I was feeling pretty good I decided to make that right turn! If I needed to stop at 5 I would. I could just walk the rest of the way home.

But y'all! I made it! I ran those 6.2 miles! It wasn't my fastest run but my average pace was still in the 8's and I was super happy with that! 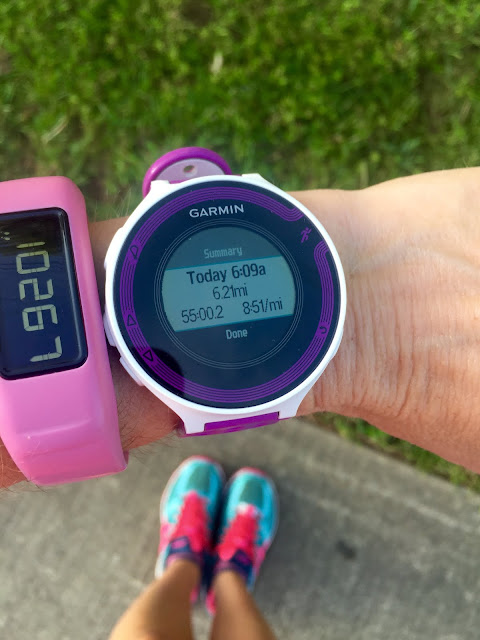 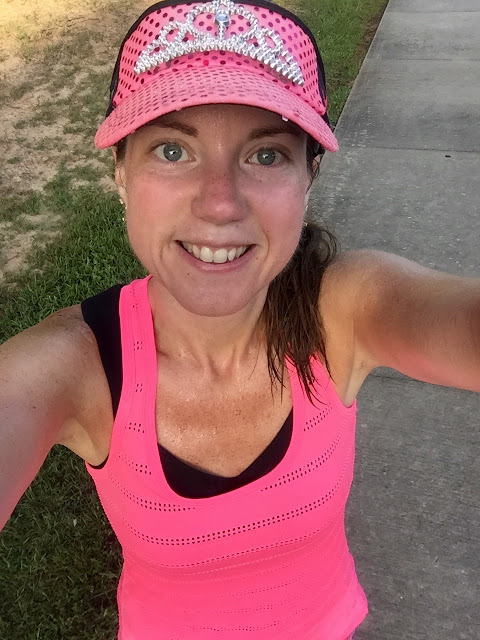 Every long run this summer has been one where I've learned. I've learned that I MUST slow down in the heat and humidity no matter how much I don't want to. Even though this run was a little better than ones in the past...I still need to slow down even more. Long runs in the summer for me would be a lot more comfortable if I would run in the 9's. I'm going to try that this next long run. We will see!

QOTD: How much do you slow down in the summer?