The alarm clock went off at 4:30 this morning and I thought to myself, "You must be crazy getting up this early to go run!" But I got out of the bed anyway! Jennifer, LeAnn and I left my house around 5:30 this morning to head to Pensacola. We needed to get there no later than 6:45 because that was the last shuttle bus that would be leaving to take you to the start line. We had an eventful drive...I absolutely could not make it another mile because I had to pee sooo bad...we had to stop at the Florida Welcome Center. I obviously did not drink my coffee early enough to dispose of it before the hour long drive lol! Then we made it back on the road again and were in Pensacola when we had to pass by a horrific car wreck that had occurred...bless that family because there is NO way there were survivors in that wreck...it was horrible and something I wish I had never had to see. Finally we made it to our destination and found a parking stop very quickly. We took a quick picture with Jennifer before we went to our separate buses...Jennifer was running the 10K and LeAnn and I were running the 5K. We made it to the start line with about 40 minutes until start time. The weather was VERY muggy and cloudy and a tad windy at times...but at least it wasn't blazing hot! Finally at 7:30 AM we started running! It was really neat running in Pensacola because I am from Milton so I was real familiar with the area. We even ran down Cervantes St. for about a mile and that brought back a lot of memories for me of taking that road to get to the beach as a teenager! We encountered a few hills...but they weren't that bad. Jennifer's 10K course had a horrible hill according to her at the beginning of the race...she saw several people throwing up from running that hill! Glad I wasn't one of those! Anyway, the first mile and a half was pretty tough for me...I kept telling myself to keep going. Around mile 2 I was doing fairly well. But probably the last half mile I was getting tired and it felt like the finish line was never going to be in sight! But finally I saw it! I made it in between the barricades and they called my name out as I ran through the finish line!!! That was so cool hearing my name! I finished in 31:32!!! I am VERY proud of that time!!! And I am very happy that I RAN the ENTIRE time!!! No walking at all!!! That was my main goal...to run the whole time! Yep...I think this running thing is a serious addiction of mine lol! I LOVE it!

LeAnn, Me, and Jennifer before we got on the buses! I wish this pic wasn't so blurry. :-( 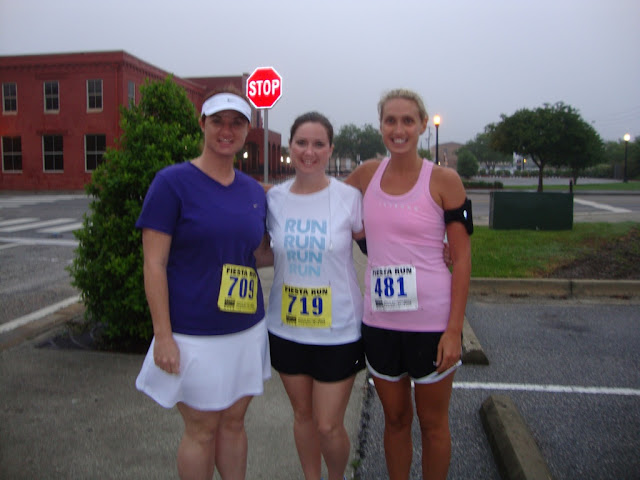 LeAnn and me before the race! 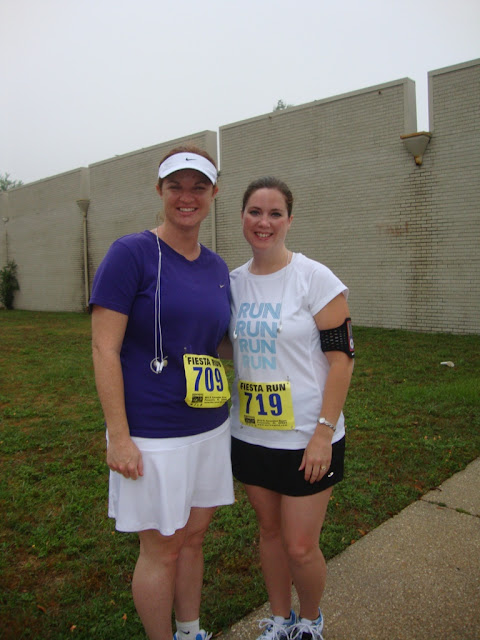 Yep we are silly! 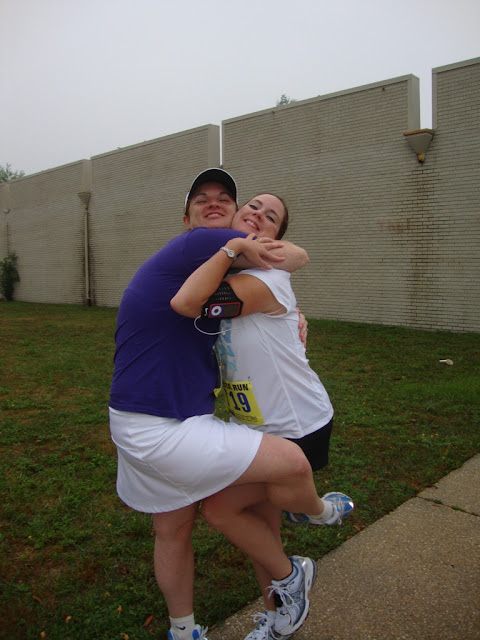 Our feet are on the pavement...ready to RUN! 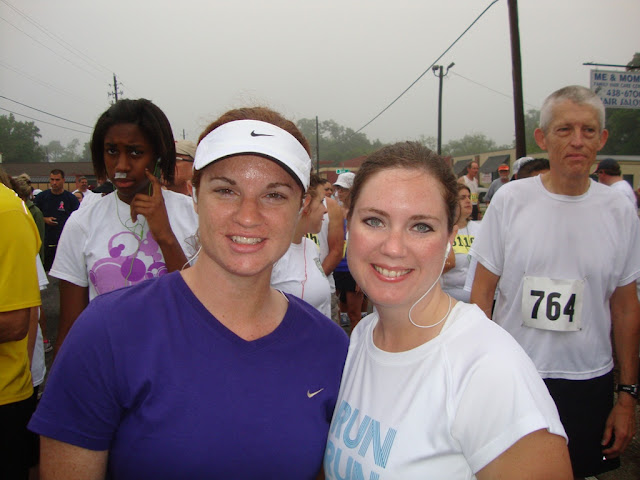 After the race! Success is so sweet! 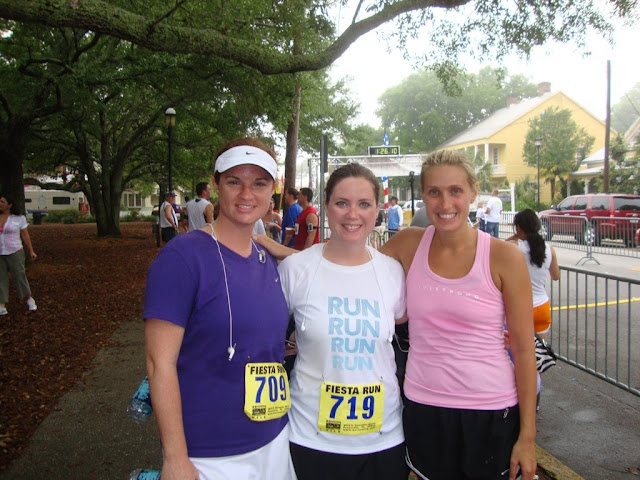