Saturday was the last race of the season for me. It is getting too hot for racing now here on the Gulf Coast. So I was really looking forward to this race! I ran the 5K part of this race years ago but have never run the 10K. I was excited to run in my hometown again AND run a new course!

We had to wake up pretty early for this one since it's about an hour commute to get there. I met my friends at our meeting spot and off we went!

We arrived at the finish line area around 6:15. We had to take a shuttle bus to the start line. There was no wait for a bus which was really nice.

I was really excited to run another race with my friend Jenny! We've run two races together but this would be the first time we actually started together. The last two times we found each other on the course and then ran the rest together.

We knew the course was going to be hilly so we didn't really have any goals in mind. We wanted to come as close to our previous PR as possible. But we knew it was going to be hot and hilly and would be happy to finish with a smile on our faces! 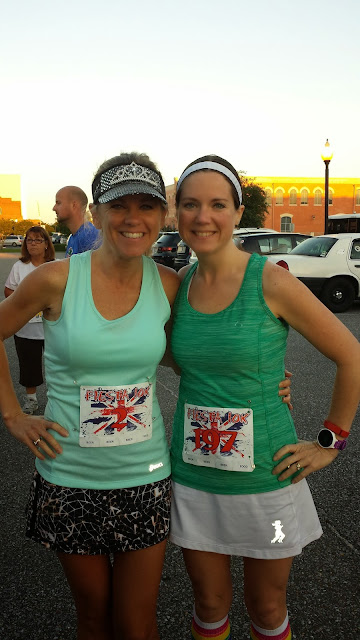 I'm so lucky to have so many friends that love to run as much as I do!!! 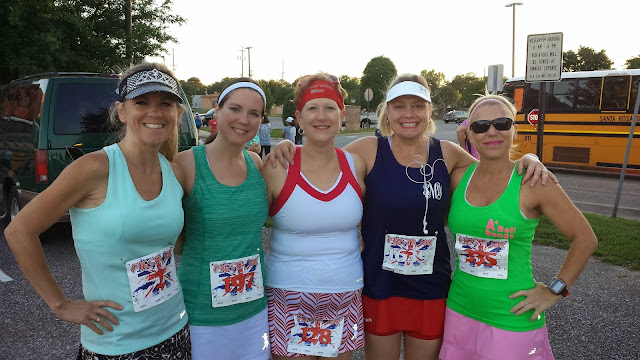 The shuttle ride didn't take too long and then we were at Pensacola State College where the start line was. We had about 30 minutes until the race began. We found a few friends and then before long it was time to get going!

Jenny and I started running and we were feeling great! Since this race didn't have corrals we just jumped in where we thought we should be. But...we should have moved closer to the start line. We had to dodge several people within that first mile.

Around mile 1.5 we came to the first hill. It was pretty steep but we pushed through and made it! Then we turned onto a road that reminded me of Mobile, AL. The road was covered with oak tree branches...so gorgeous! (Sorry the picture is blurry...but it's hard to get a picture in focus when you are running! Thanks for taking the picture Jenny!) 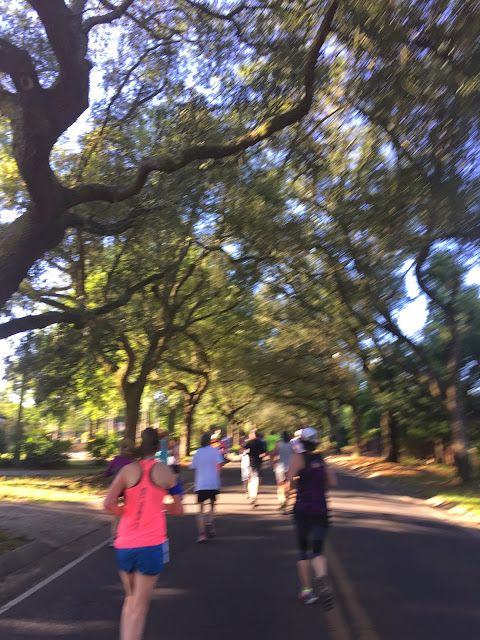 The rest of the race just kind of flew by as Jenny and I did what we do best when we are together...talk! We had so much fun!!! 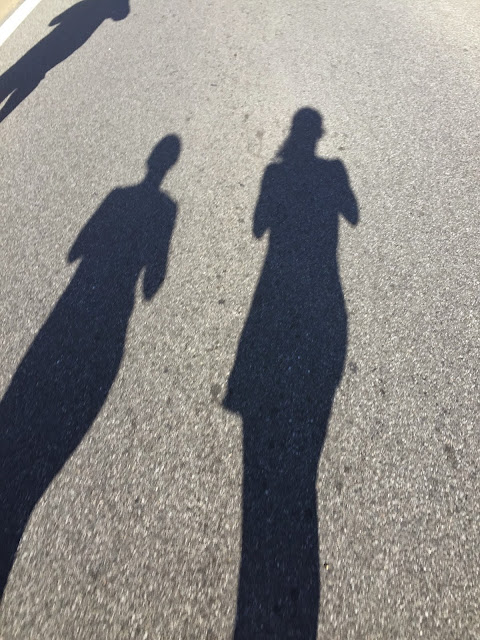 We had a few more inclines and then between mile 5 and 6 we had an overpass to climb. But we didn't back down and kept on running. Both Jenny and I said we were having a hard time breathing. It was hard to recover from those hills. But we are both so competitive and would slow down...only to speed right back up in less than a minute lol!

Finally...we made it to the finish line!!! We did it! Our official finish time was 53:43...about 2 minutes shy of a PR for me. But I was super happy with that time considering the hilly route! 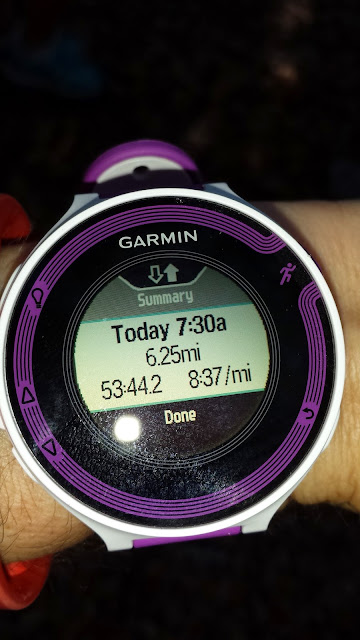 We came through the finish line shute and there was Jenny's husband Eric. He had a great race and even PRed! (Yeah he's fast and came in about 10 minutes ahead of us)

Then it was time to find some food! This race had so much to offer! There was pizza (you think I ate that don't you? Nope...I usually only eat pizza the night before the race), bananas, donuts, salad, sandwich wraps, and probably more food that we didn't even see! It was a great after party!

Jenny and I headed straight for the chocolate donuts!!! So yummy! 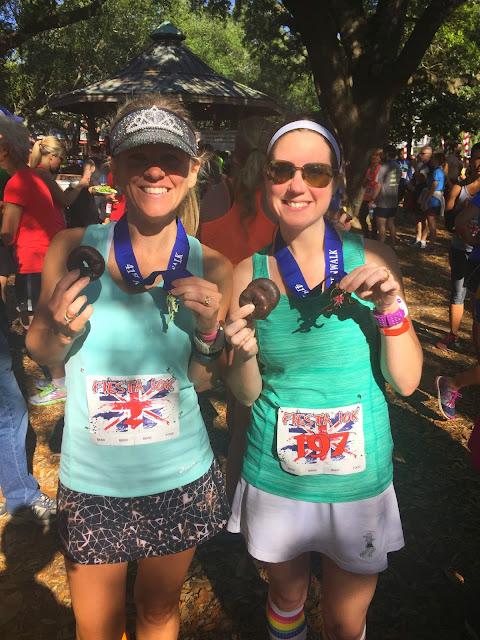 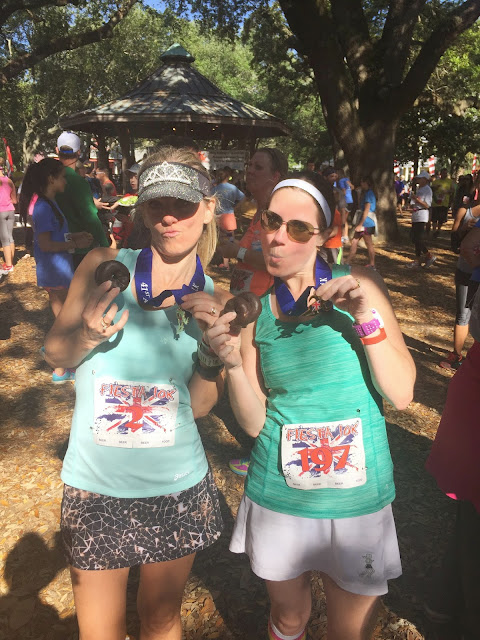 After watching Eric eat and eat (lol) we found the rest of our friends. Every one seemed to have had a good race! 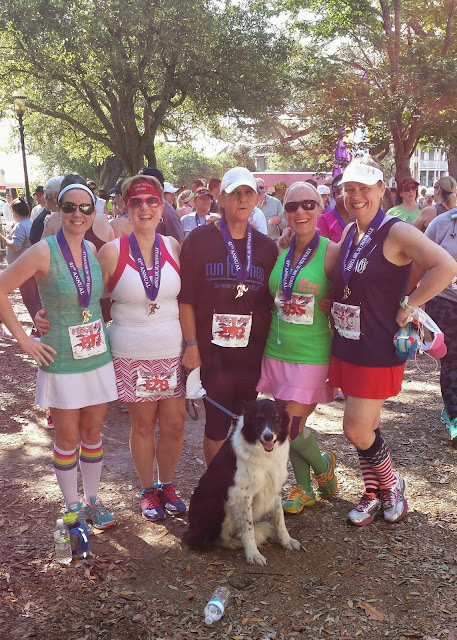 Funny story....Jenny and her husband's bib numbers were numbers 1 and 2! Pretty awesome! I so felt like I was running with elites!

And every time I see this picture I crack up laughing! We have so much fun!!!! 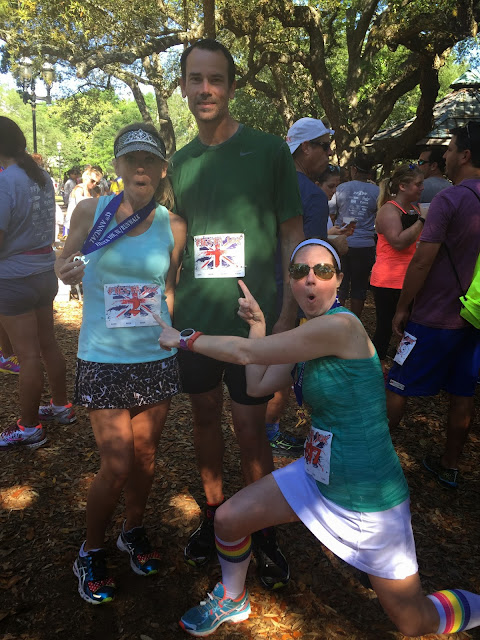 Before long it was time to head out. We told Jenny and Eric goodbye and then me and the rest of the girls headed to Pensacola Beach! I was so excited to spend girl time on the beach!

But first things first...Starbucks Coffee of course! I totally earned the big one! 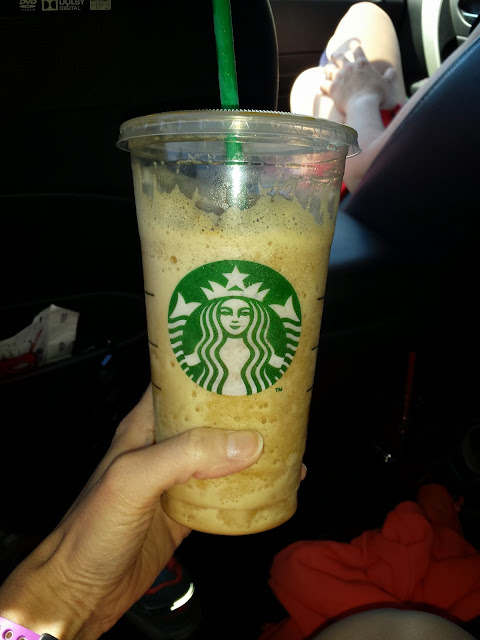 We made it to the beach in no time. The water was absolutely gorgeous! We had a blast relaxing in the sun! 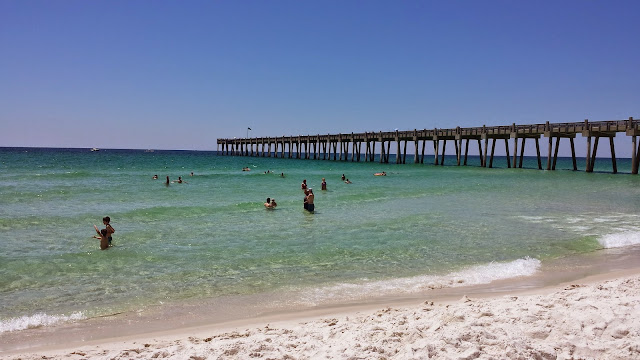 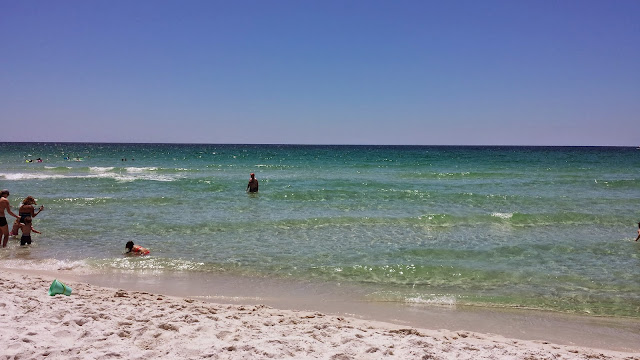 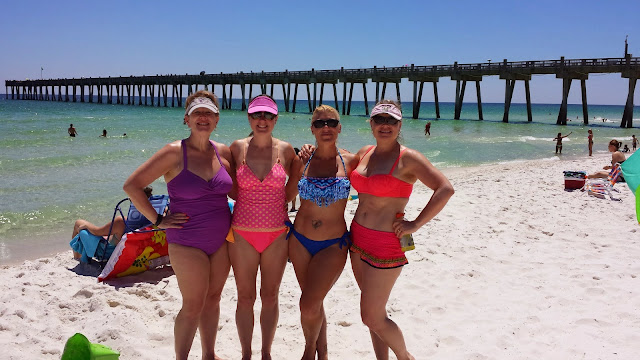 It was an amazing day! I did several of my favorite things...running, racing, spending time with friends, and relaxing at the beach! :-)

QOTD: Do you race in the summer? Or is it too hot?