I woke up to my alarm at 6AM. It seemed pretty dark outside so I immediately checked the weather. There was a prediction of thunderstorms at 7:15. So then I checked the radar...and only saw little patches of green (no red ugly thunderstorms) and the green wasn't even on top of me. So I decided my run would go on.

I checked my email next and saw that my friends (who were running early) had cancelled their run due to rain and lightning. I double checked the radar again but it still looked ok so I continued to put on my running clothes. I quickly ate a protein bar and grabbed my Garmin, phone, earbuds, and Armpocket. I rolled my legs and then I was set to go.

I knew there was a chance of thunderstorms so I thought about what I would do if I saw lightning. I knew I could duck for cover somewhere and could call the hubby to come get me. I checked the ringer on his phone...it was set to silent...so I turned it on...just in case I needed to call him.

I walked out the door and immediately looked at the sky. There were definitely some rain clouds. Behind me there was a darker cloud that looked like that thunderstorm cloud my weather app warned me about. 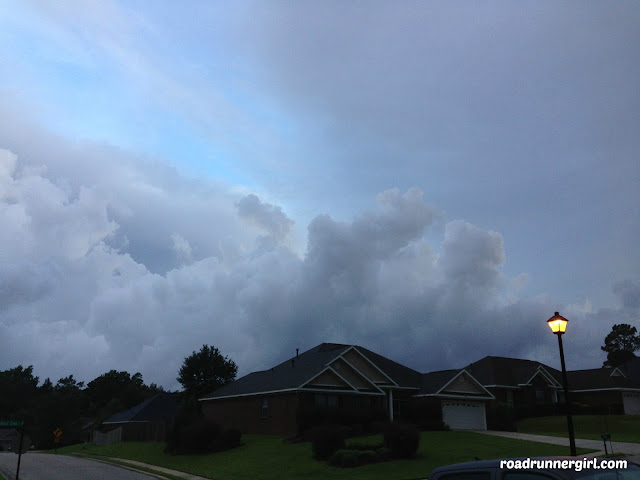 I had a 5 mile route that I had planned to do. I decided to go ahead and run that route. There were a few places on the route where I could turn and head towards home if I needed to cut the run short due to bad weather.

I started running and immediately started praying. I asked God to keep me safe from the weather. If it started raining, I asked Him to keep any lightning far away from me.

The run felt great! My legs felt a little tired but as I kept going they started to warm up. I got to the first road that I could turn on if I needed to cut the run short. I looked up at the sky and it looked like the dark cloud had disappeared so I decided to keep going straight on my original route. 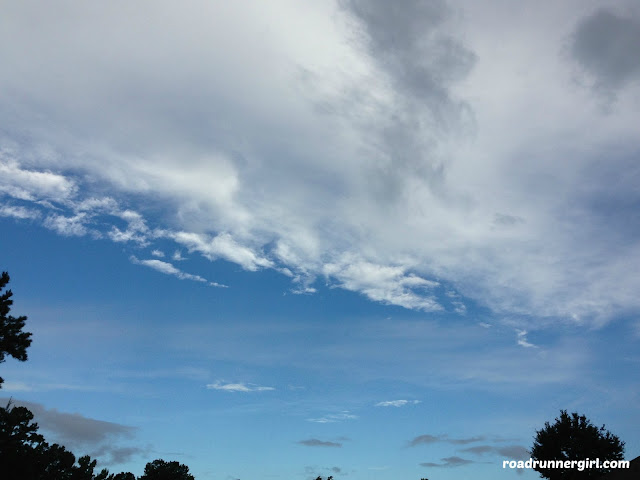 The rest of the run was pretty much the same. There was no rain. And I kept checking the sky for thunderstorm clouds but there was none. The clouds and sky were clearing more and more as the run went on!

Did I get in my planned 5 miles? YES! 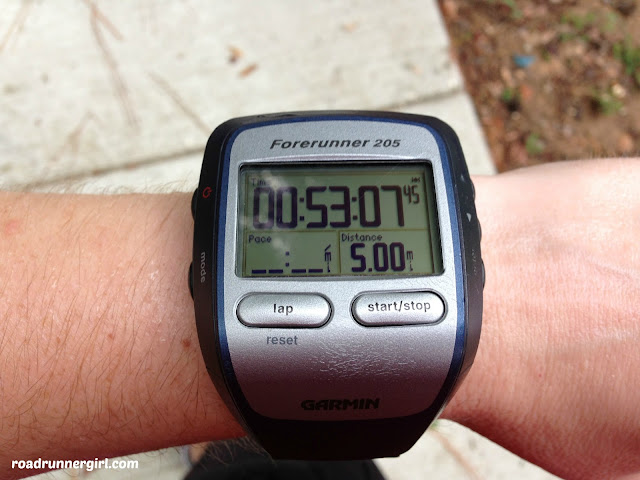 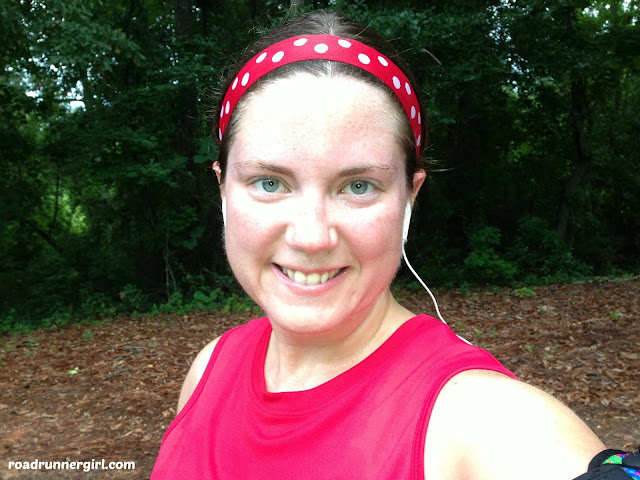 I love to run...especially long runs...but I also know my safety is important. After looking at the radar I truly felt like my time running would be safe. But it never hurts to have a back up plan just in case. :-)

QOTD: Have you ever gotten caught running in a thunderstorm? What did you do?