Sunday morning...4:30 AM wake-up call...it has been a long time since I've woken up that early for a run! In fact, I haven't woken up that early all summer long! I've been running solo all summer and therefore I start whenever I get out the door. It's been nice not having a schedule to follow but I have missed running with friends.

This past weekend several friends planned a long run and I decided to join them! My friends Gina and Angela (who I ran the Disney Marathon with) are training for the Chicago Marathon. They had to run 9 miles this weekend. I knew my body wasn't ready for 9 right now since I've only been doing 5 mile long runs all summer. So I told them I would join them for 5 miles.

The first few miles flew by! That's what I miss about running with friends...you talk and talk and forget how many miles you've ran and how many you have left to run! We were also running at a fairly decent pace for a long run...I looked down at my Garmin several times and we were running in the 9's!

Around mile 2.5 we met our friends Sally (who also ran the Disney Marathon with us) and Mindy (my name twin)! They were running 3 miles with us. When we met them the sun was just starting to rise. It was beautiful!!! 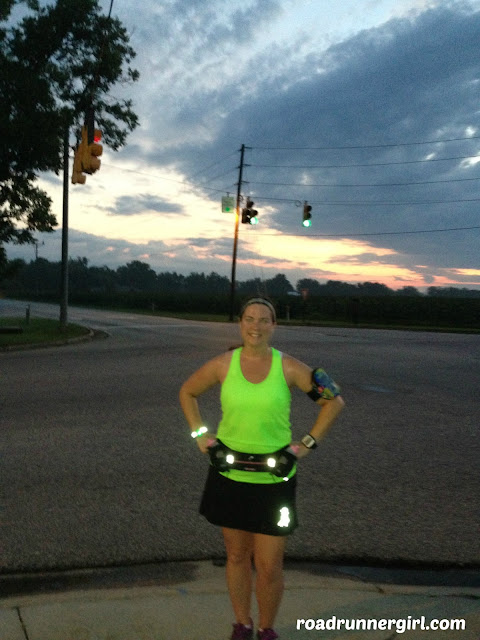 The rest of the run flew by just as fast! I was having a great run! Everyone talked about how hot it was but to me it was perfect! I have been running later in the day when it is hotter. So 73 degrees that morning felt pretty awesome!

We entered a neighborhood around mile 3.5. I was supposed to run to the first road and turn around while everyone else did the loop. But when it was time for me to turn around...I didn't want to. I felt great and wanted to keep going! So I ran the loop too! We made it out of the neighborhood and Gina and Angela ran the opposite way so they could get in their 9. Mindy, Sally, and I ran together a little while longer.

We reached the parking lot where their cars were parked and I was at 5.3 miles. I decided then and there that I would run 6. I said my goodbyes and turned off on my own. The rest of the run still felt great! I was happy running long...it's my favorite! And I LOVE it when runs feel so good that you don't want to stop! 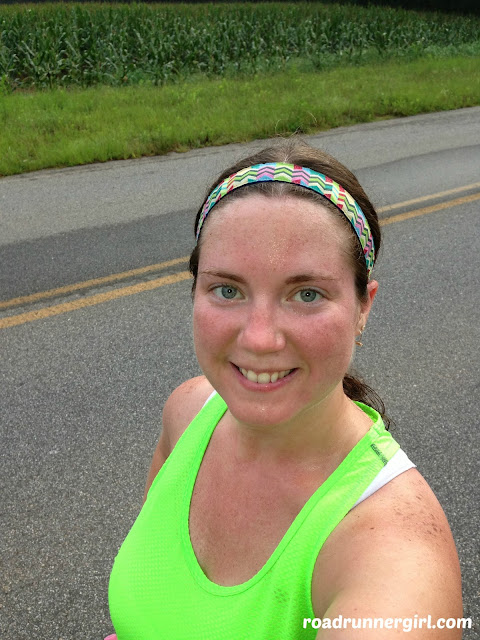 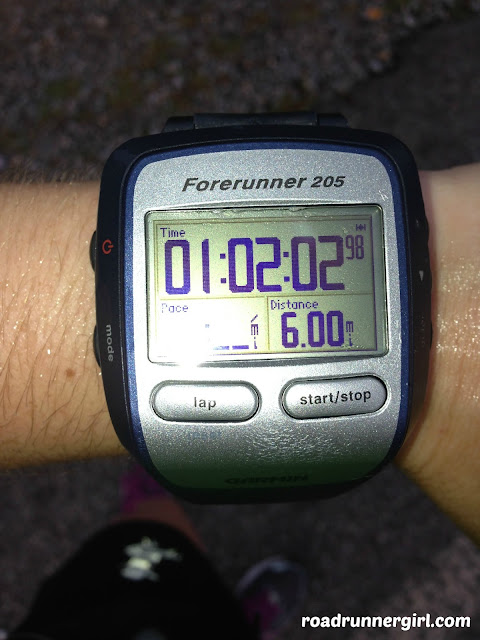 I also ran this run with my new Armpocket! About a month ago I upgraded my iPhone 4 to the iPhone 5. The 5 is a little bigger than the 4 so my beloved pink Armpocket no longer fit. I was bummed but had plans to purchase a new one when I returned from Disney. Right before I left, I entered a giveaway for an Armpocket on Tamra's blog Just Keep Running. I got an email while out of town and guess what? I WON! So I got to pick out a new Armpocket that fit my new iPhone 5! I was sooo excited!!! The Armpocket worked wonderfully on the run just like my old one!


FYI: It's really hard to take a picture of your arm! This shows the Armpocket without my phone in it...because I was taking the picture with my phone! ;-) But you get the idea! 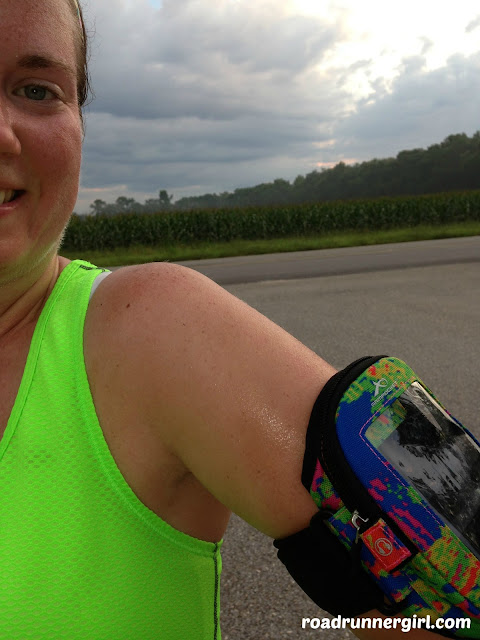 After stretching and refueling I headed for the shower. But before I got in I noticed my hair. It had a huge knot in it! It was tangled up like a rat's nest! Not fun! Apparently I'm not the only one with this problem! I posted this pic and learned this happens to a lot of you! Thanks to your suggestions on Instagram and Facebook, I may start braiding it for long runs. 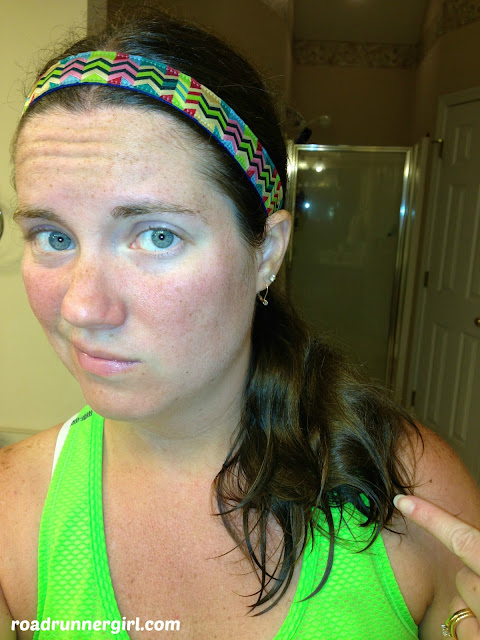 The rest of my day consisted of church, lunch at the Mexican restaurant (I swear my family could eat Mexican EVERY meal), a nap on the couch in my compression socks (I was so tired from waking up so early), and then I headed to Rhonda's (one of my best friends) house for the afternoon.


We went on a walk together that afternoon...2.5 miles! 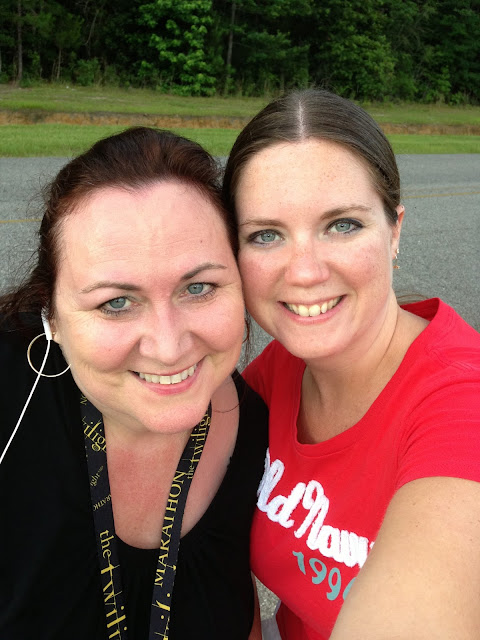 I have to brag on my friend Rhonda for a minute. I am so proud of her! She's lost 50 pounds! I'm so impressed with how dedicated she is. She has totally changed her eating habits and started walking every day! Such an inspiration! 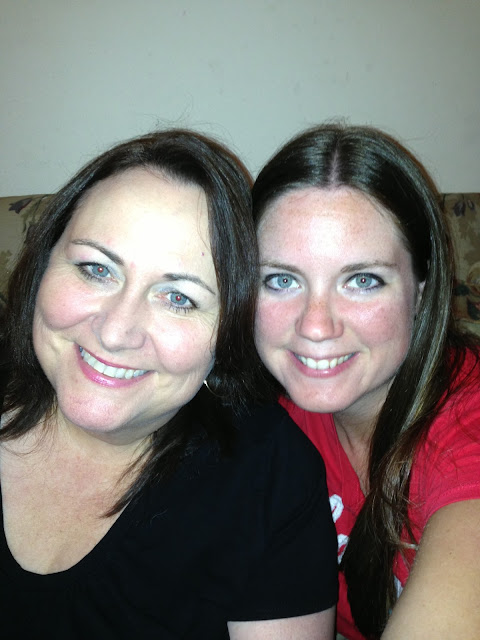 The rest of the night we talked and watched one of our favorite TV shows together! Then it was time to head home...I was exhausted! It was an awesome day that started with an awesome long run!!!

QOTD: Have you ever planned on running a certain amount of miles but during the run decided to run longer?