I was inspired to write this post by my friend Karen at Just Me and My Running Shoes! She wrote this post a few weeks ago and I knew I wanted to link up with her! Because I LOVE anything Disney! So without further ado...here are my Magical Disney Favorites!!!


I've only run the Disney Princess Half Marathon and the Walt Disney World Marathon so those are the only two I can choose from. Don't worry...I have ALL the runDisney races on my bucket list! I want to do them all!!! But my favorite thus far is the Princess Half Marathon! I ran it for the first time in 2011 and again in 2012!

Wow this is hard! I love so many Disney movies! Sleeping Beauty and Cinderella are two of my favorite classic princess movies. I also really love The Lion King, The Little Mermaid, Tangled, all of the Toy Story movies, Monsters Inc., and Cars. As far as film movies I love Enchanted, Princess Diaries, and Herbie Fully Loaded. Really...to be truthful...I don't think I've ever seen a Disney movie that I didn't like! :-)

I am a huge music fan so this will be hard to choose too. I love all the songs from The Little Mermaid...especially Part of Your World. If you've never seen Bruno Mars performing this song it's a must see! Pretty funny!


Colors of the Wind from Pocahontas

My favorite Disney Park is Magic Kingdom at Walt Disney World! There's just something about that place...there's no other word to describe it but magical! 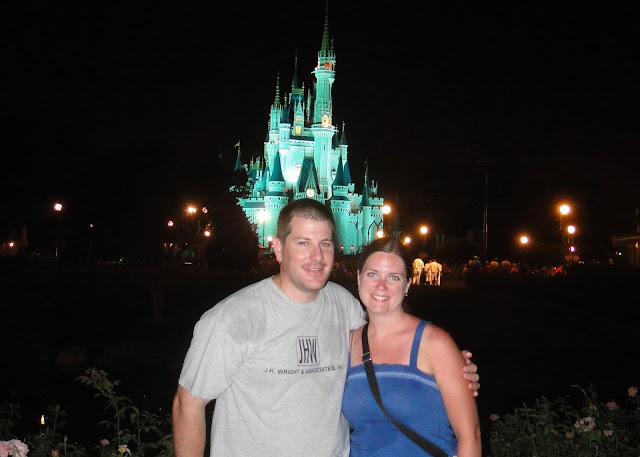 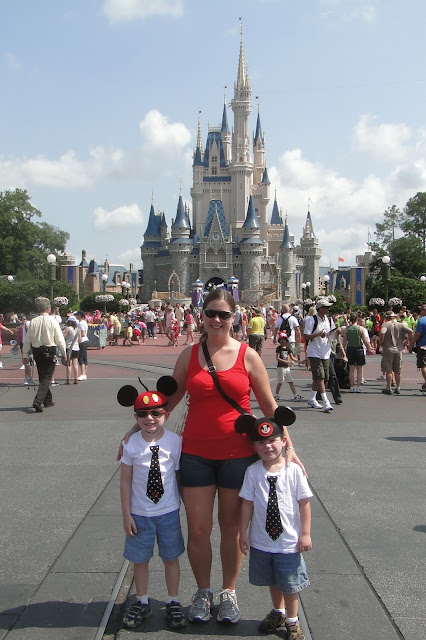 Don't be mad when I say this but I haven't eaten at many of the Disney restaurants. This is one area I would like to explore more. When we are there with the family we usually eat at the quick service restaurants...that's the easiest with kids. During race weekends I've eaten at several restaurants in Epcot. In Italy I ate at Tutto Italia Ristorante. It was super good! I've also eaten in China at Nine Dragons Restaurant. Again...super awesome Chinese food! I've also eaten at several of the restaurants in Downtown Disney. Bongo's Cuban Cafe is amazing! I've eaten at Cap'n Jack's Restaurant. It was really good too! The kids love eating at The Rainforest Cafe. And my all time favorite at Downtown Disney is Wolfgang Puck! They have the best wood stone oven pizzas! Yeah my favorite food is pizza so you know I'm gonna find the best pizza! 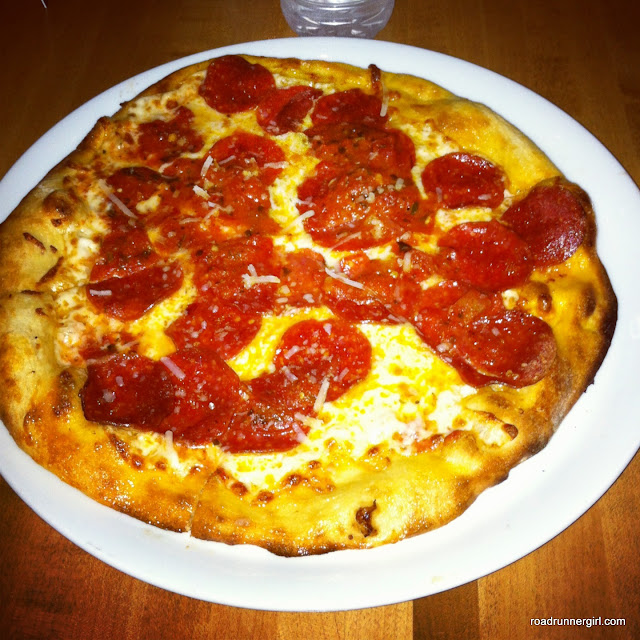 That's not hard! I LOVE Minnie Mouse! She's always been my favorite! 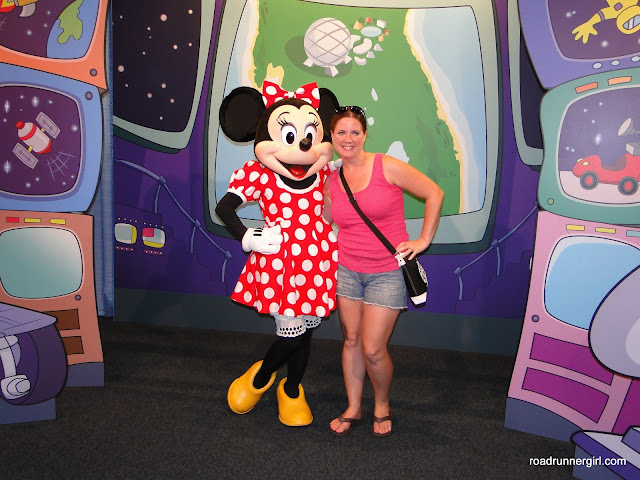 Have you ever dressed up as a Disney character? 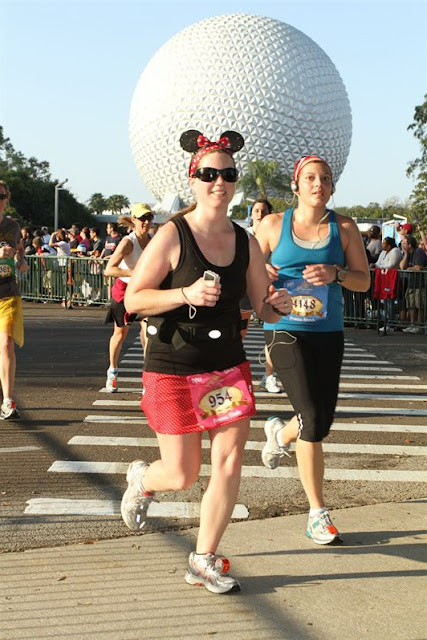 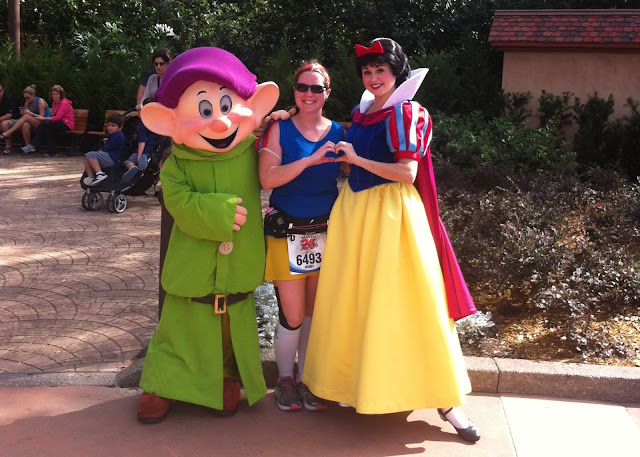 I have so many favorite Disney memories!!! One of my favorites would have to be me and Andy's honeymoon on the Disney Magic Cruise! We had so much fun! (Sorry for the scanned, grainy picture...this was before digital photography!) 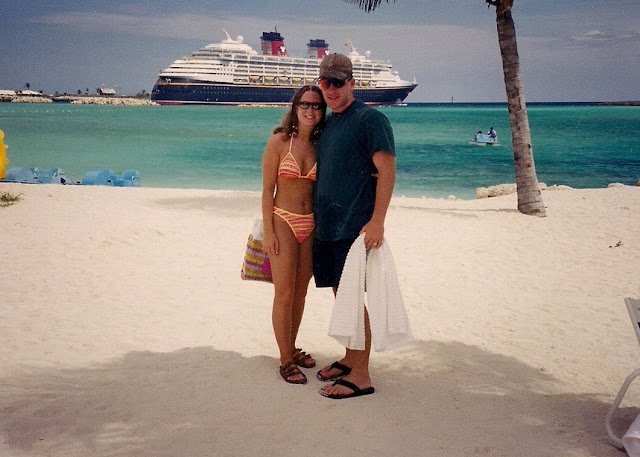 Another favorite memory would have to be when I crossed the finish line of the Walt Disney World Marathon in January! 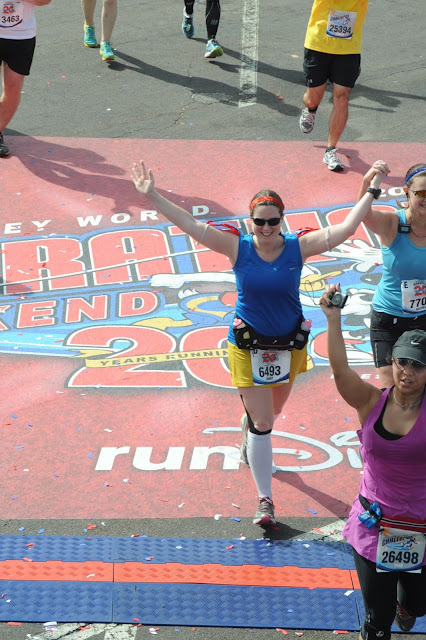 Before she even knew I loved Minnie Mouse and Disney, my mother in law started calling me Mindy Mouse or Ms. Mouse. :-)

Also...I love to find Hidden Mickey's when I am in Disney World! I love the architecture and all the thought that is put into every building and attraction there! I think Hidden Mickey's are just part of the magic and me and my boys LOVE trying to find them!

Here's a Hidden Mickey while waiting in line for Buzz Lightyear's Space Ranger Spin! You can make out the outline of Mickey Mouse in the planet called Pollost Prime! 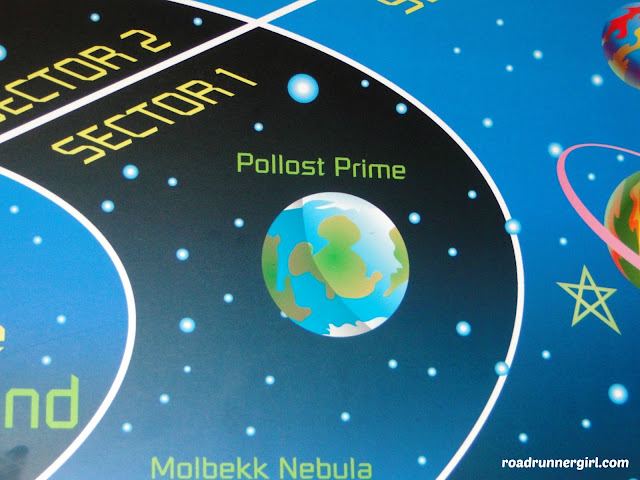 QOTD: Answer one of the questions above in the comments below!

Don't forget to enter the two giveaways I have going on right now...babyBelle Bodybuffer and Ripped Cream Protein Coffee Creamer!