This weekend it rained on and off all day on Saturday and Sunday! My friends scheduled a 5 mile run at 5am on Sunday morning. We were supposed to go to a family party on Saturday out of town and wouldn't get home until late Saturday night (we ended up not going because the hubby wasn't feeling well). I knew getting home late and waking up early to run on Sunday would not be wise for me so I decided to run on Saturday instead. Lately I've been running by myself but I decided to let my friends know I was running and see if anyone was interested in joining me. Luckily, Holly from Running and Baking Oh My and my friend Marcella joined me for the run! Yay!

I knew the rain would be a factor. I don't mind running in the rain...as long as it's not heavy rain that hurts when it hits you! And no thunder and lightning is a must too. I woke up Saturday (not too early...I scheduled our run for 6:15am) and immediately checked the radar. 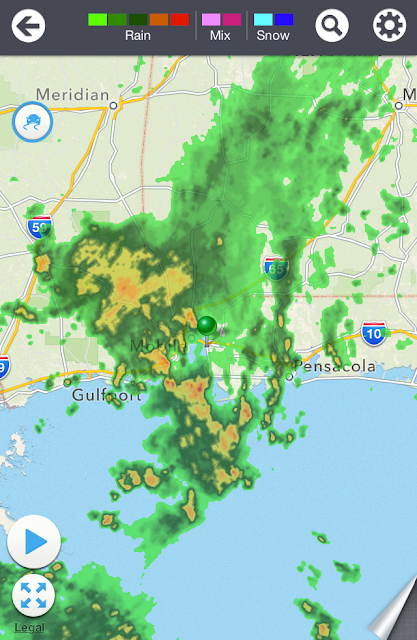 We had a little bit of a window in there but I knew we would probably get a little wet. I wasn't backing off...my run was scheduled and I was all in! And no my friends didn't cancel either! :-)

As soon as I stepped outside it was sprinkling. I immediately took my phone back inside....I wasn't going to risk it getting wet. So no pictures for you. :-(

After a few stretches we were off! We had a hill during the first and second mile...but I barely noticed it since we were all talking. That's one of the many joys of running with friends! Before I knew it we had made it to the halfway point! We stopped for a few seconds to drink some water and then we were off again!

The last half of the run felt just as good as the first half. We kept a steady pace. My legs and lungs felt great. And the rain sprinkles kept it cool. It was an awesome run! 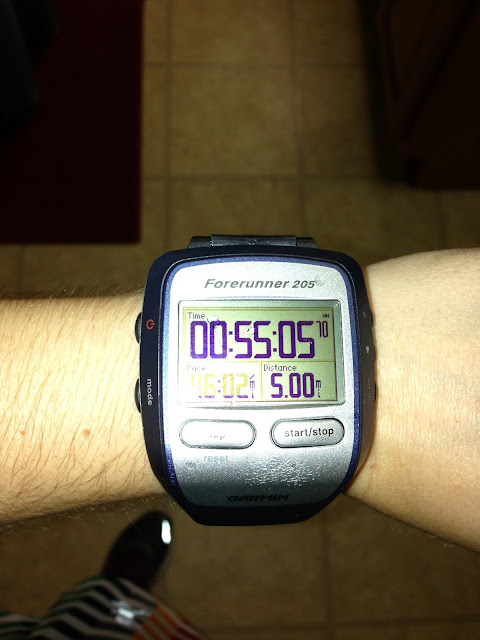 I came inside and took my #proof pictures. 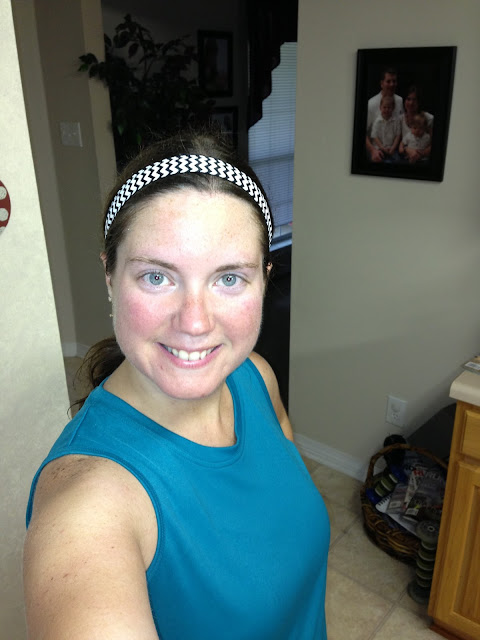 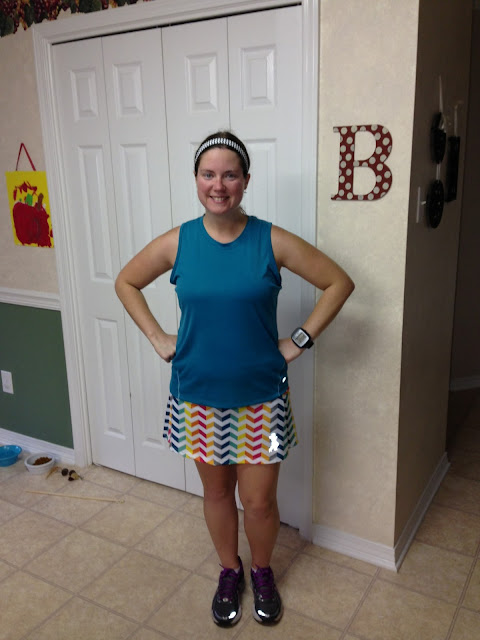 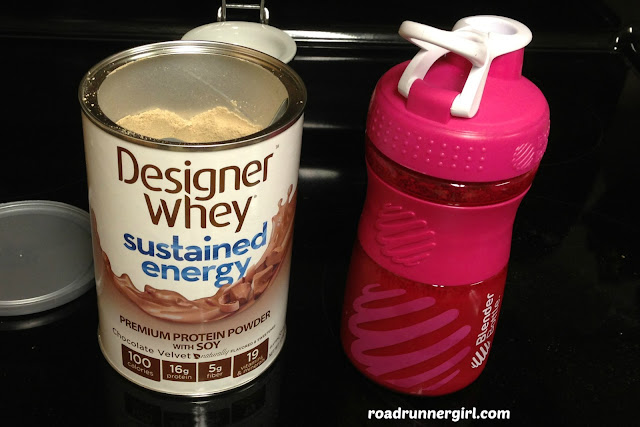 I had been inside for about 10 minutes and all of a sudden it started pouring down rain! The kind of rain that stings when it hits you! I was so happy we got our run in before that started!!!

I spent the rest of the day with the family, indoors, being lazy. I snuggled up in my Zensah compression socks and watched a few episodes of Pretty Little Liars! (Is anyone else addicted to this show too?) 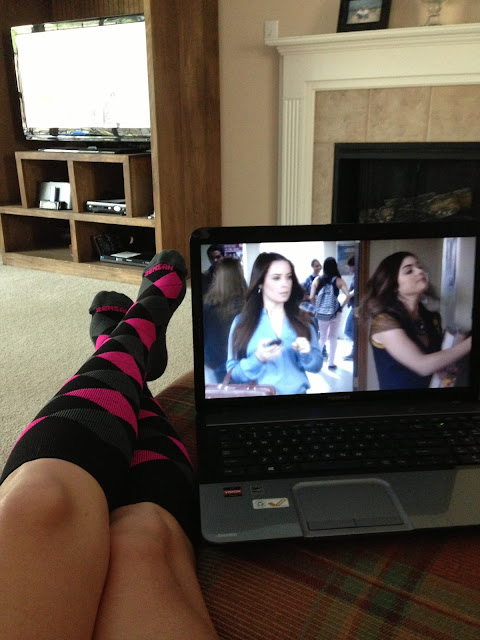 It was a great long run...and a great rainy day Saturday! :-)