An Interview with The Biggest Loser Season 14 Contestants Francie and Jeff!

The Biggest Loser is one of my favorite television shows! It is so inspirational to see these ordinary people that work so hard to lose weight and become healthy!

As many of you know, I ran the Biggest Loser RunWalk Half Marathon in Panama City Beach in December and I'm running another one of their half marathons this weekend in Mobile, AL! (Use the code MOBBGR14 if you want to save 25% off your registration!)

These RunWalk races are amazing! It's so inspiring to meet former contestants and see how supportive they are of everyone out there running and walking!

Right before I ran the race in Panama City Beach I got to do a phone interview with Francelina (Francie) Morillo and Jeff Nichols from Season 14. They were some of my favorite contestants from that season and I was so excited to have the opportunity to interview them and then meet them! 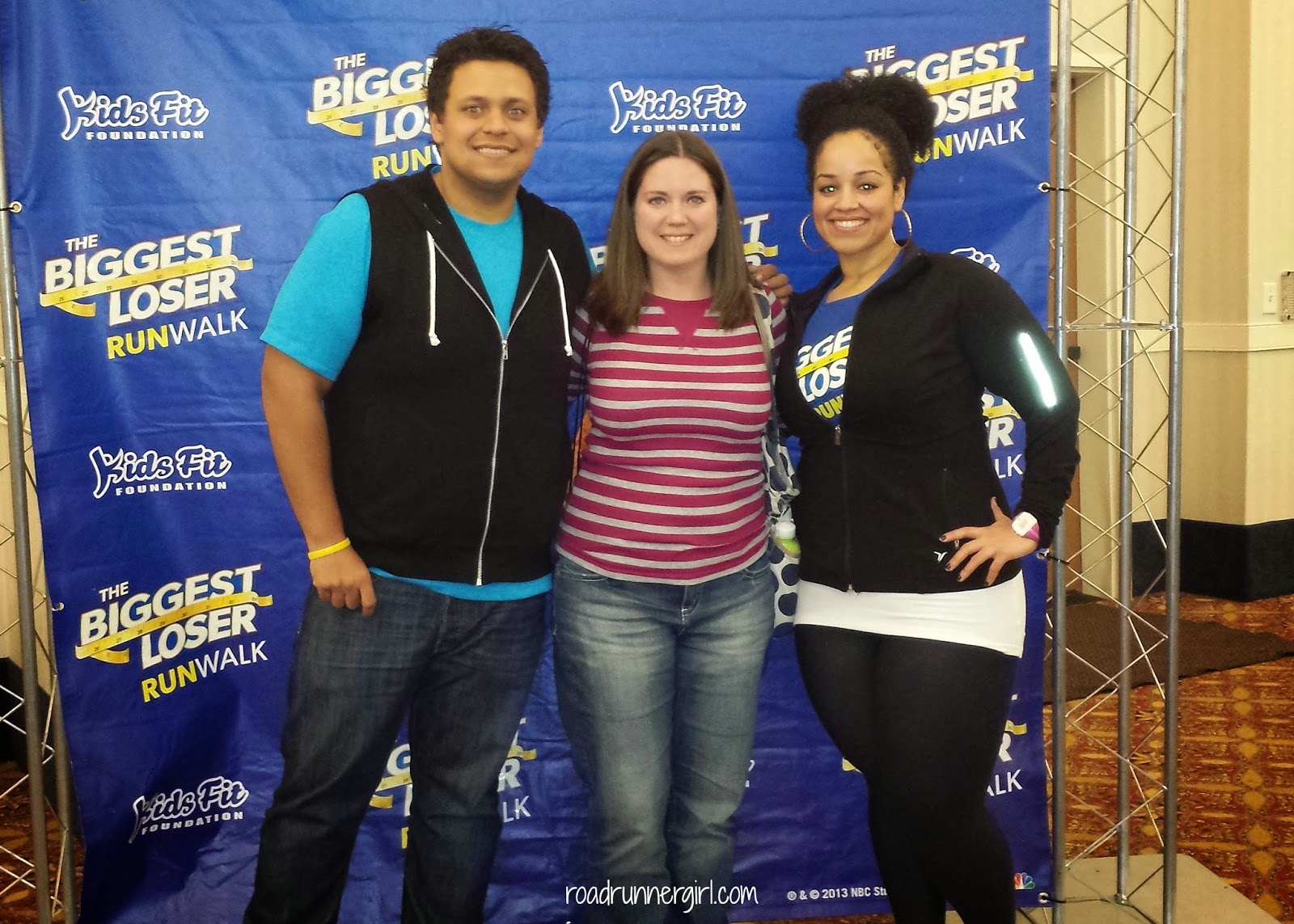 Jeff and Francie work together at The Biggest Loser RunWalk (what an awesome job that would be)! So here is that interview with Francie and Jeff!

You know I want to know...are you two still an item???

Francie: Uh yeah. We are! Otherwise it would be kind of awkward working together!

What is it like watching The Biggest Loser after you've actually been on the show?

Francie: That's a great question! I think now it's so different honestly. I think that we have different eyes from the rest of America. You know sometimes the trainers will say, "Oh you need to work harder" or something and I'm thinking, "That person has probably been working out for 4 hours" so I'm like super proud of everybody on there. The level of respect that I have for everybody on the show is just at an all time high. If you guys think you're fans, we're also fans of these people, of the contestants, because we know how much work they're actually really doing.

Jeff: I think it's interesting to watch. It's like anything that you participate in from the outside looking in it's always different until you've had a chance being on the inside but it's still entertaining to get to watch these people change.

How much weight did you lose on the show?

Francie: I lost 95 pounds on the show and my total lost is 181 pounds. 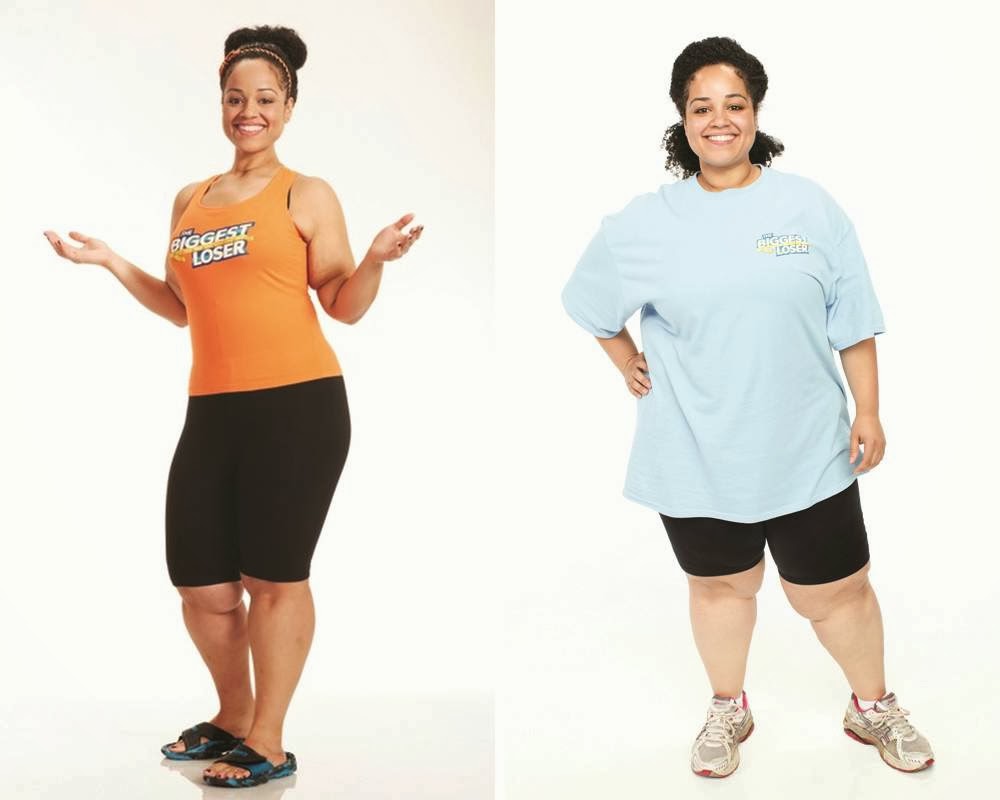 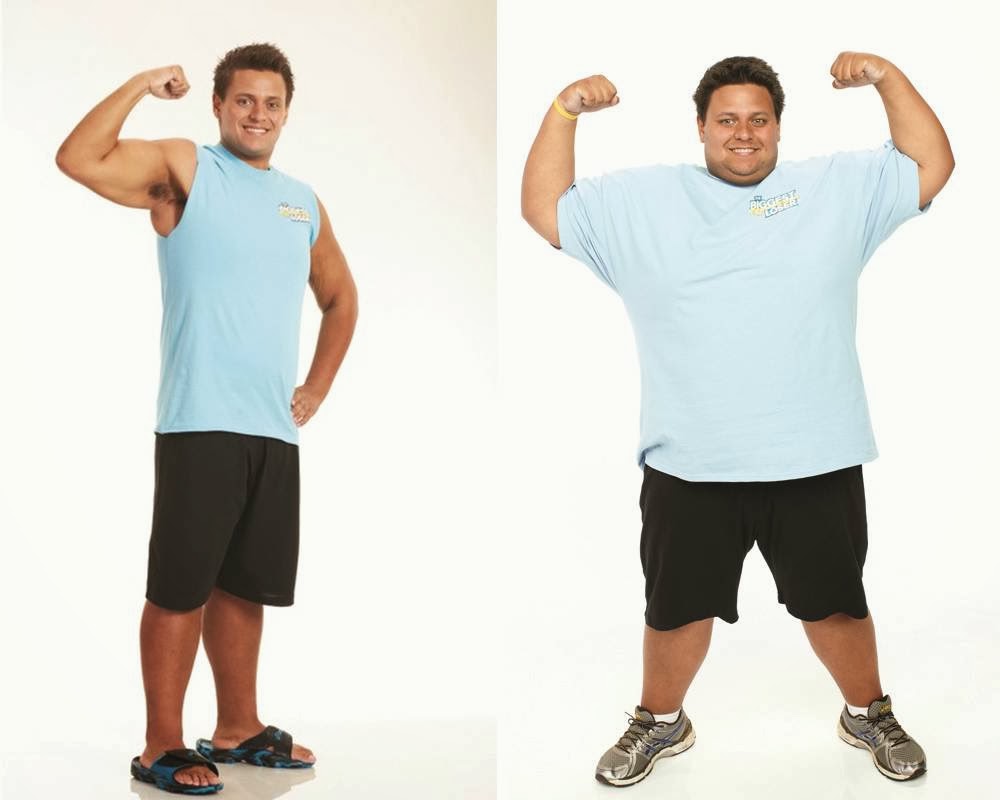 How much time is there between when you come home and the finale?

Jeff: It's different for every season but with ours if you stayed to the very end of filming you had about 2 and a half months until the finale.

What was the hardest part once you came home from the ranch?

Jeff: There was really nothing that difficult for me between filming and finale. I pretty much knew what I had to do. The only difficult part was times where I wanted to see weight shift that wasn't really shifting. But other than that we'd been doing it for the three months prior so I was pretty well versed in what I needed to do. But I would say after the fact, after everything was done, now, trying to balance life, we have jobs, we're not working out 6, 7, 8 hours a day. Life gets in the way and things happen. We travel a lot so we're just trying to keep a balanced lifestyle.

Francie: I sort of agree with Jeff. I got eliminated about week 8 so a little earlier than he did and back home was such a shock because life Jeff said, life happens. You have other things in the way, you have temptation, and you can't really work out for as long as you did on the ranch. While we were on the ranch we had all this time to think about what you were doing and prepare your meals and work out for an endless amount of time. But when you went back home you really couldn't do that. And also you had social events to attend, and people that don't really get what you were doing. They didn't understand that you had to skip on certain parties because you just didn't want to be tempted by it. So it was a little bit hard adapting once I was back home than on the show. Now it's still very difficult. I'm totally exhausted a lot because I put the gym in my life first. I work out 5-6 days a week, sometimes twice a day still just because it's my form of relieving stress and feeling better about myself but it is exhausting because I'm still working 9-5.

What is your workout schedule each week?

Francie: Jeff and I both do Crossfit. We actually work right across from Crossfit and right after work we go there. And on certain days we go to the gym before work. We have two days that we go to the gym twice a day and we have 1-2 rest days depending on how exhausted we are.

Do you both workout together?

Francie: Yes we both work here at The Biggest Loser RunWalk and we both workout together. It's just easier because you're more accountable when one is tired or unmotivated then the other one motivates them. It's been easier to keep ourselves on track in that way.

How do you stay motivated?

Francie: There are days when I'm tired or I'm feeling unmotivated and Jeff takes over that day and vice versa. I'm usually great about the gym. Like I said I've developed this new love and obsession for fitness so I love working out. It's not about losing weight or staying on track, I just love the way I feel. Jeff is better in keeping me on track in terms of my nutrition and eating clean and that kind of stuff so we sort of each have a role in our relationship to keep each other accountable.

How has your life changed, other than the physical transformation, since being on The Biggest Loser?

Jeff: That's really the main change. Sometimes we go places and people really want to have their picture taken with us and hear our stories so you know we have that. But the biggest change is just the lifestyle change...the actual transformation that we had to go through. Other than that, you know we consider ourselves to be normal people. We're not movie stars or anything like that! Nothing's really changed but the transformation of habits, lifestyle, and personal transformation.

Do you still crave those unhealthy foods? What do you do to help fight those cravings?

Jeff: It just depends on what the unhealthy food is. In general we just really try to cut it out. Like fast food...we don't really do anything that requires a drive thru. Sometimes we're on the road and you have no choice so we'll have Subway, things like that. We will have Chipotle but x out the white rice. For the most part it's just trying to find some alternatives. We eat protein bars, Quest bars in particular. But really we went so long without most of that stuff that yeah at times we want a slice of pizza so we have a slice of pizza. But we don't indulge ourselves in a whole large pizza like we may have in the past.

What are the healthy staples that you always keep in your kitchen?

Francie: I make egg white muffins. They're about 50 calories each and they're super savory. I make sure that I season them well. Anytime that I'm feeling hungry because of the low calories I always have egg white muffins. I always have hard boiled eggs. And my go to is Greek yogurt. I love Greek yogurt and I keep that around as well. We pretty much are creatures of habit and we sort of shop for the same thing over and over again just to stay on track.

What is your advice to those who are trying to lose weight and live a healthy lifestyle?

Francie: My advise is to do your research...that's an important part of weight loss. Before you even start changing your diet or going to the gym just do your research and see what you think will work for you. Sit down and journal how you're eating and then you can see where you can change things around. The research aspect of it in my opinion is probably the most important. I think sometimes we want to go to somebody else and say, "well you lost a ton of weight, tell me how to do it" and the same thing won't work for everybody. So that's why you need to do your research and see what will work for you. And after that just make sure that you lose weight realistically. I don't suggest more than losing 2 pounds a week. That's normal, it's realistic, it's something that you will be able to sustain. And that's really important because you don't want just another crash diet. You don't want to lose 30 pounds a week and then put it all back on and more. So just nice and slow. That's my advice.

Be sure to follow along on Francie and Jeff's fitness journey through Instagram:
Francie: @franmo42
Jeff: @jeffnichols

Thank you so much Francie and Jeff for taking the time to talk to me!!! And thanks to The Biggest Loser RunWalk for the opportunity!

QOTD: If you could ask a former Biggest Loser contestant one question what would it be?