Tweeting It Up at the Rock 'n' Roll New Orleans Expo!

I was super excited to be a part of the #RNRTWEETUP in New Orleans! After a fabulous free breakfast at our hotel Holly, Sarah, Abby (the best roomies ever) and I all headed to the convention center for the tweet up! 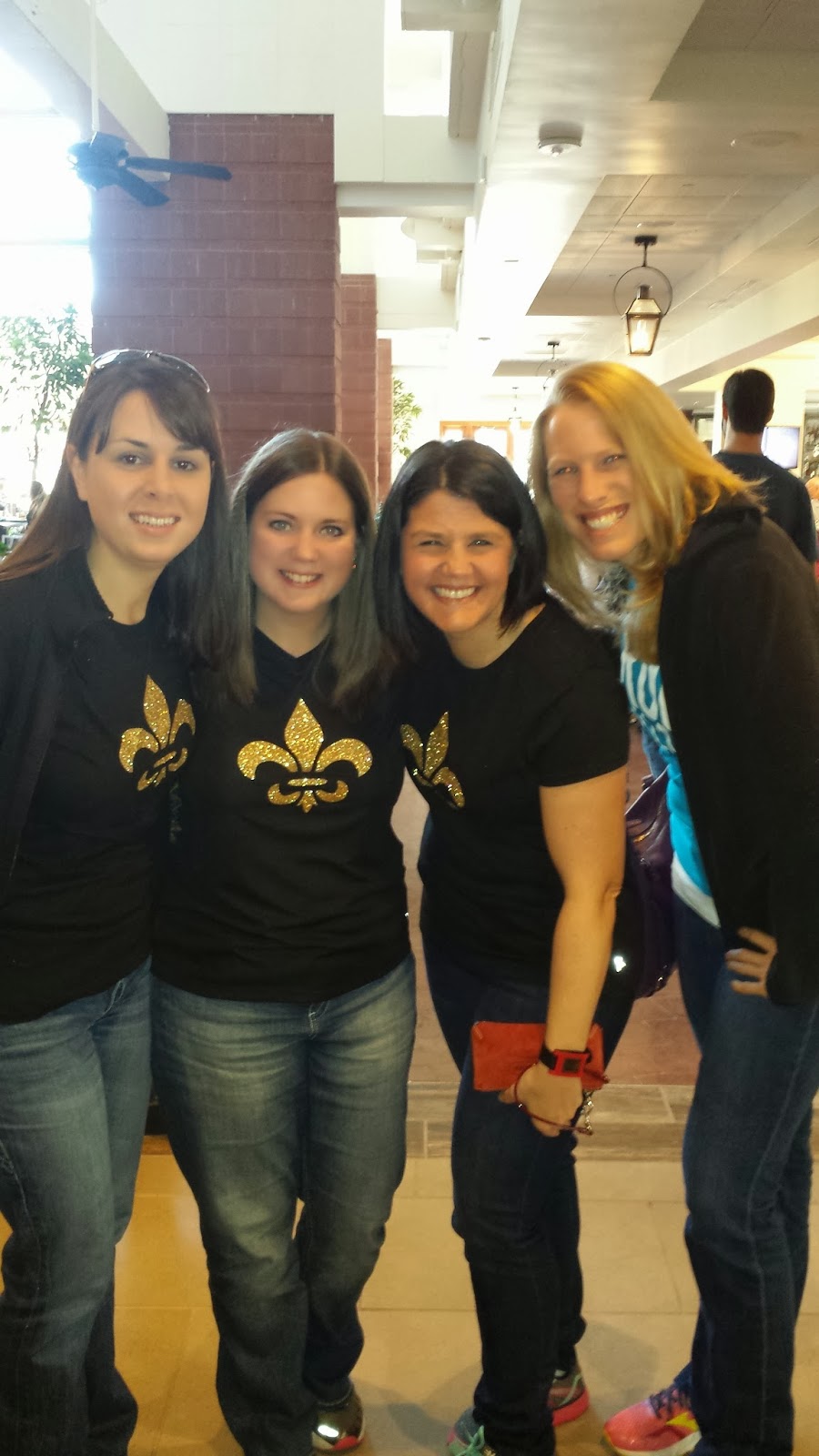 The expo was being held at the Ernest N. Morial Convention Center and luckily it was only a few blocks from our hotel. 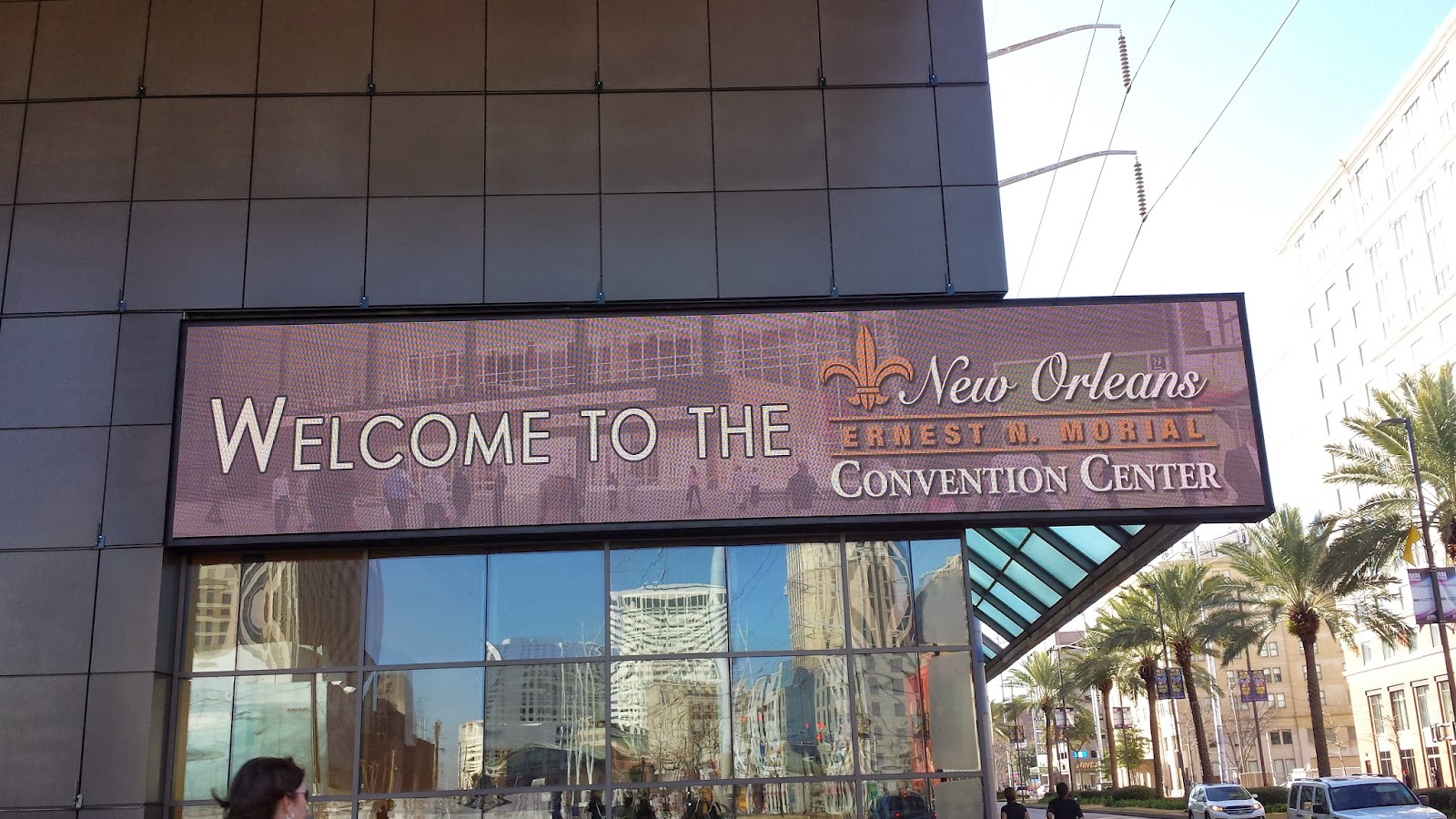 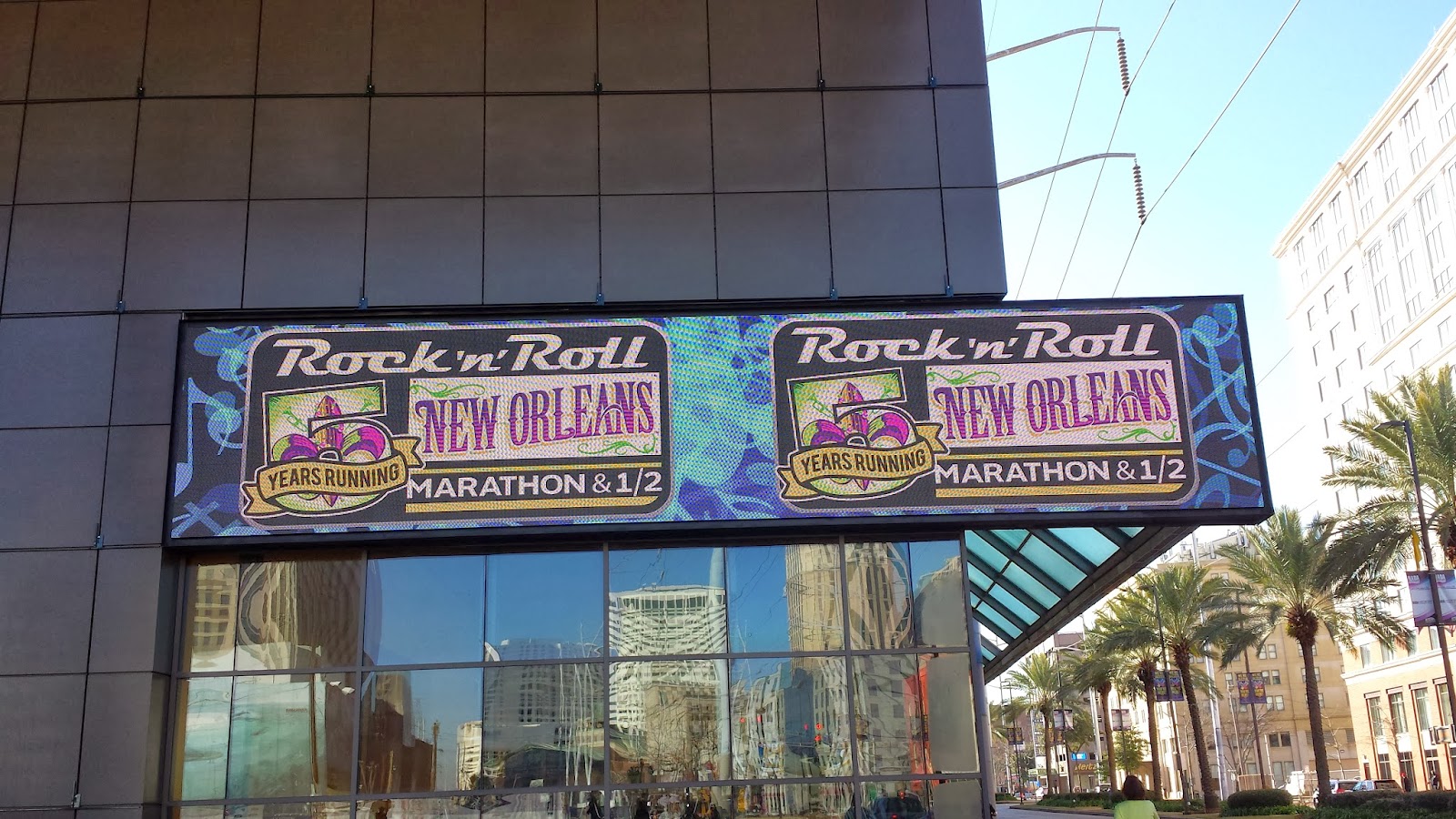 I forgot how big the convention center is! I swear we walked a mile to get to the hall the expo was being held in! 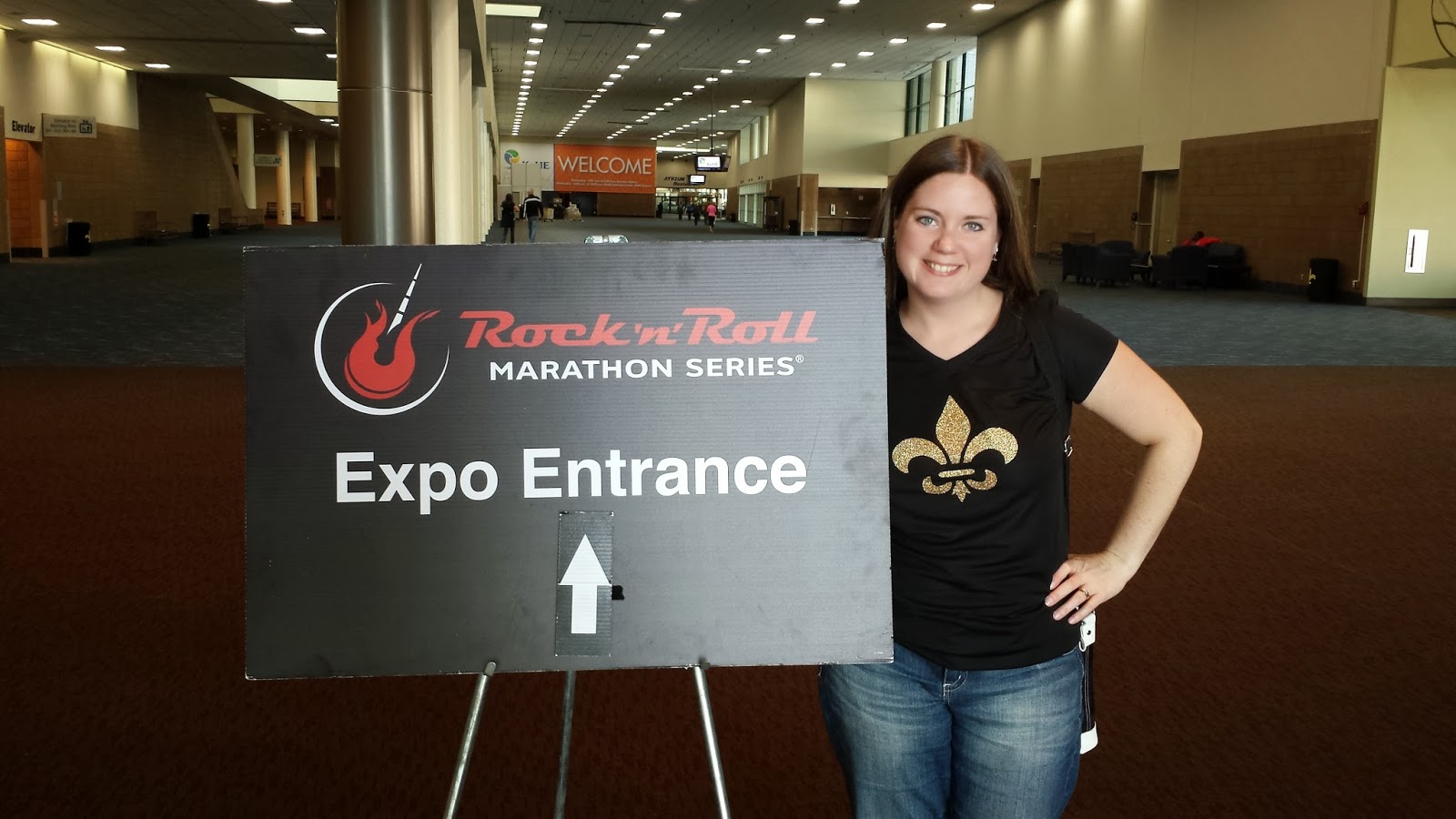 But finally we made it! We made our way onto the red carpet in search for our bib! 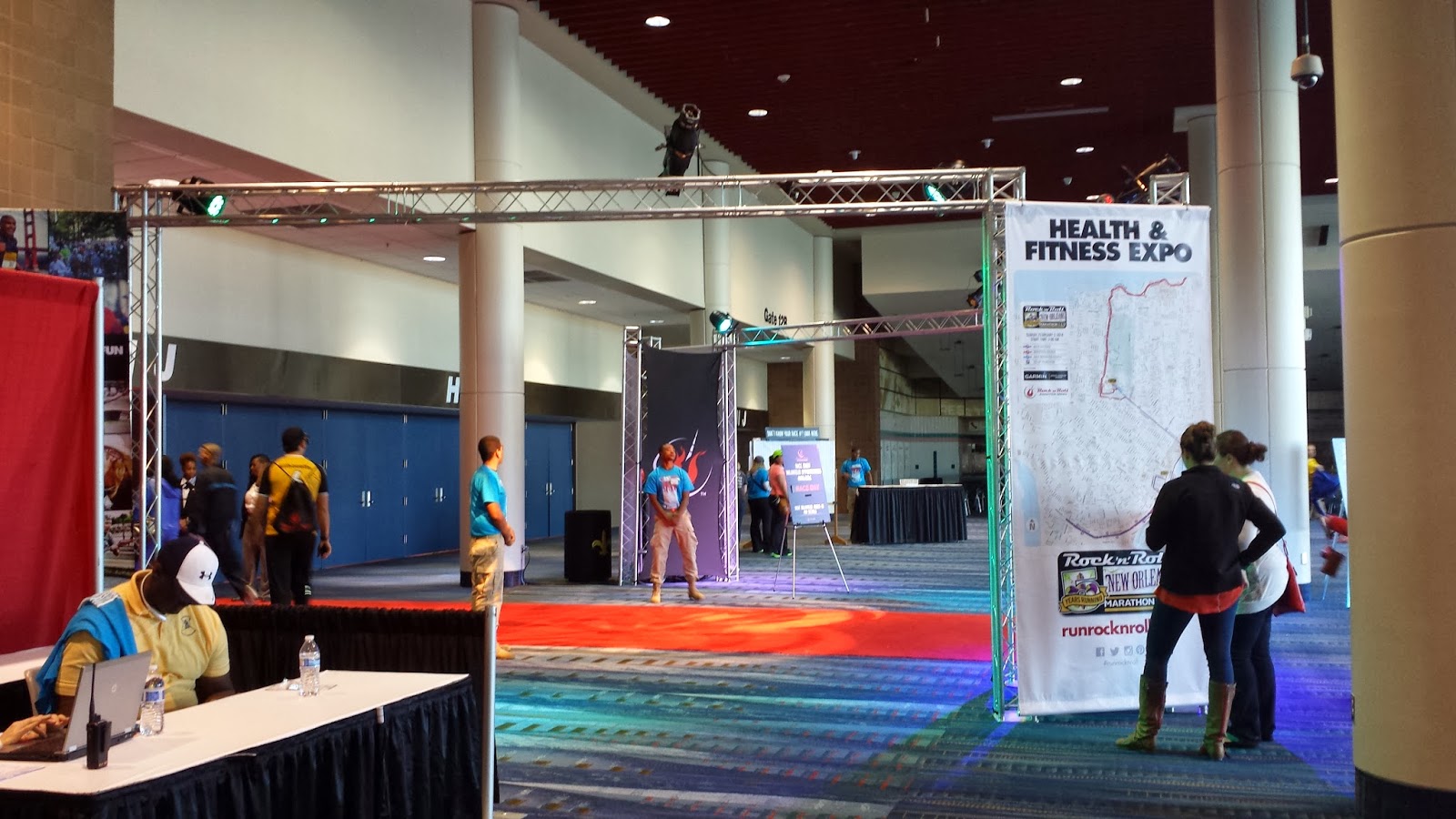 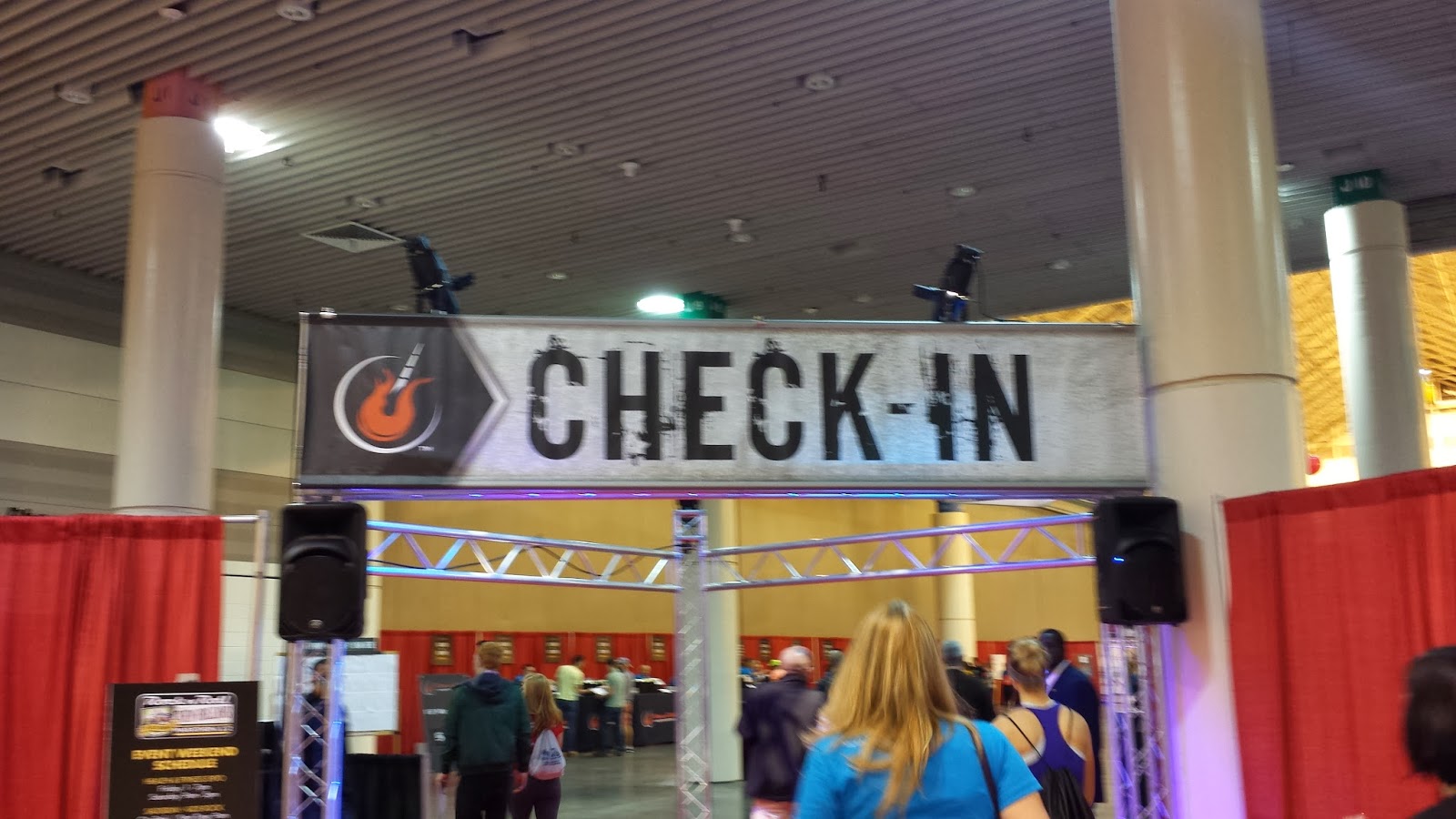 Since we were there so early (we got there around 9:15 since we had to be on stage at 10 AM) there were no lines to pick up our bibs! 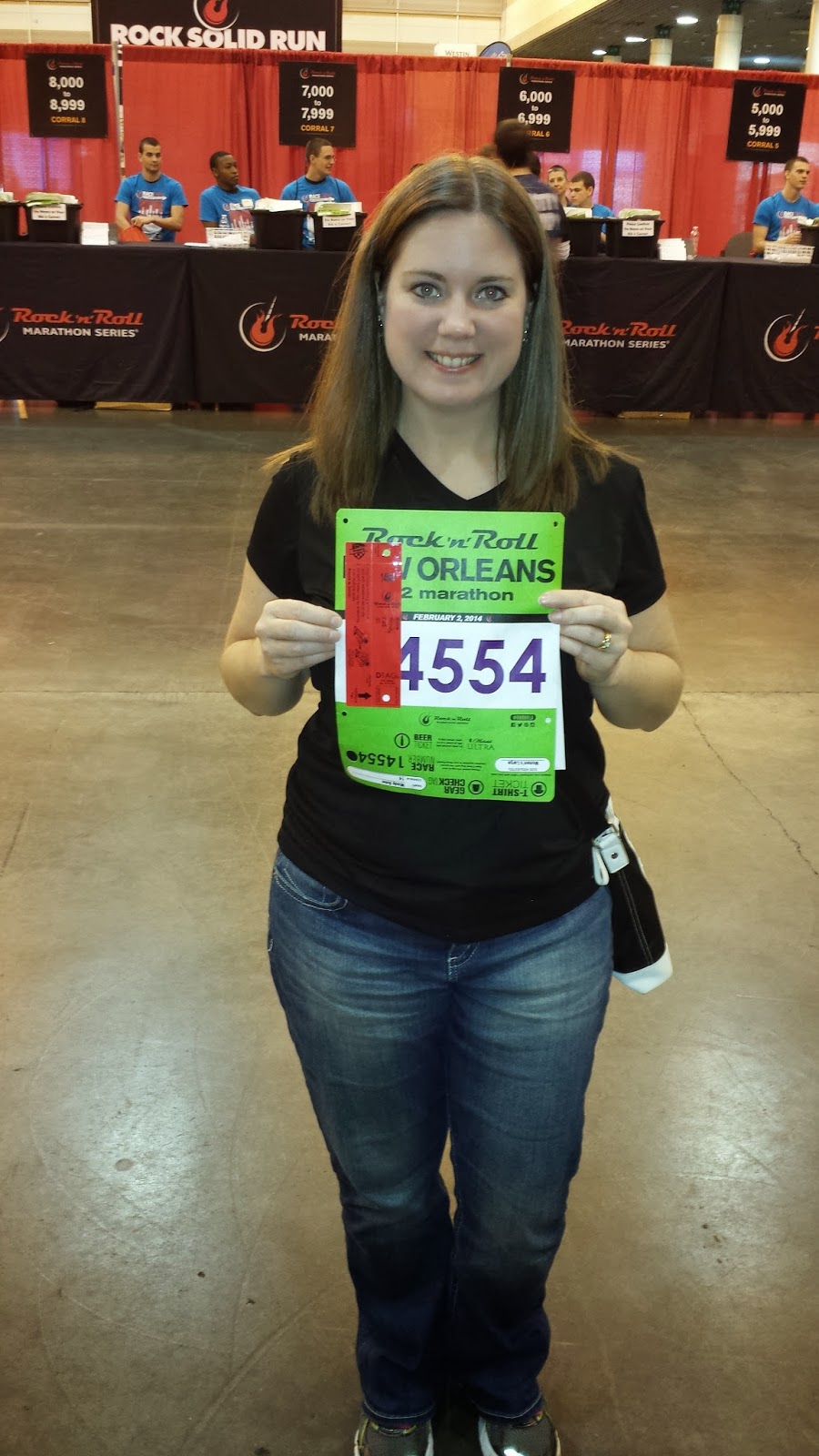 Then we headed straight to the expo stage! It was pretty cool seeing Abby and Dani's names on the schedule! 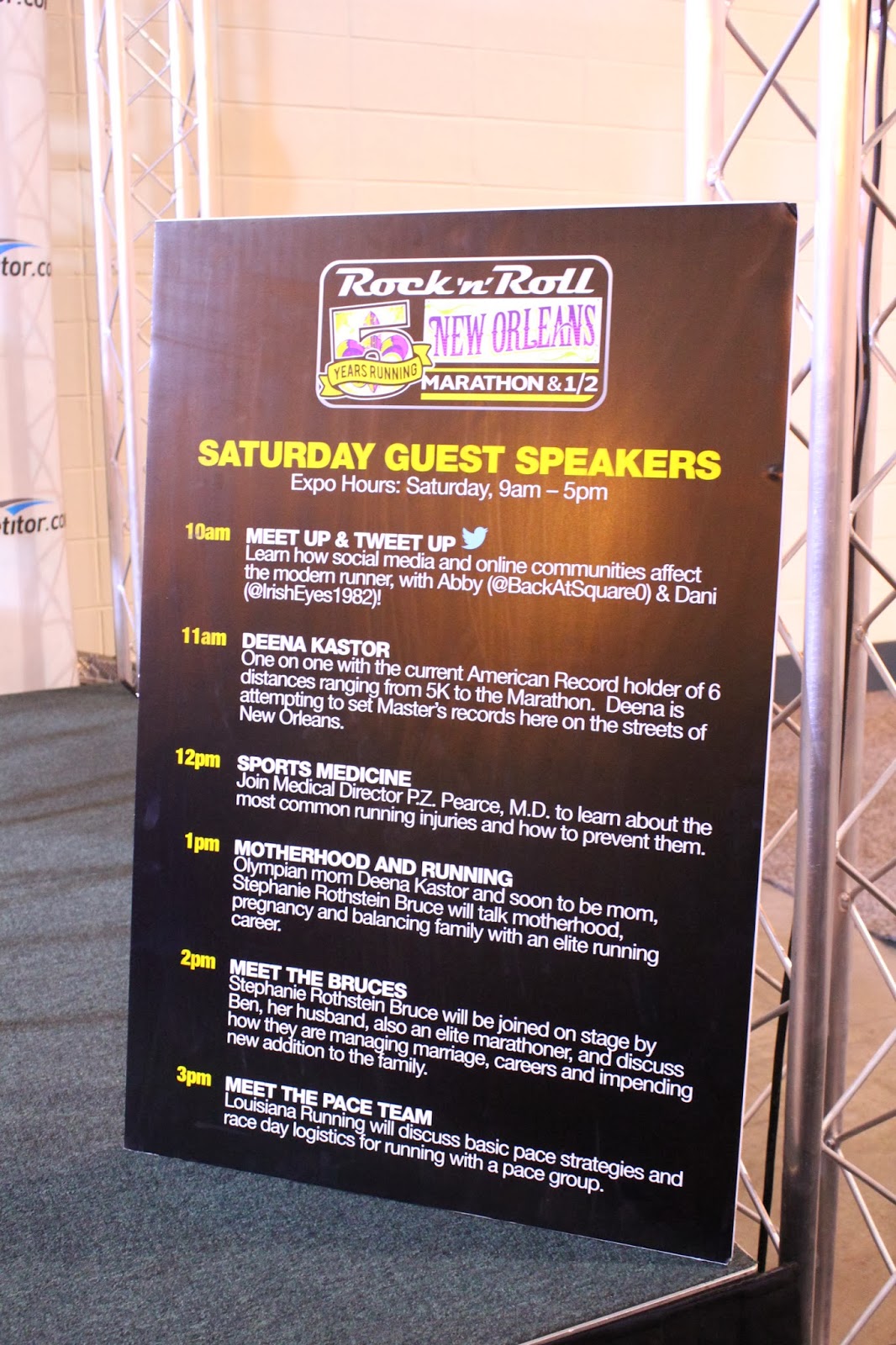 I was excited to be onstage with these amazing ladies who I've been friends with for about 2 years now online but had never met until this weekend! 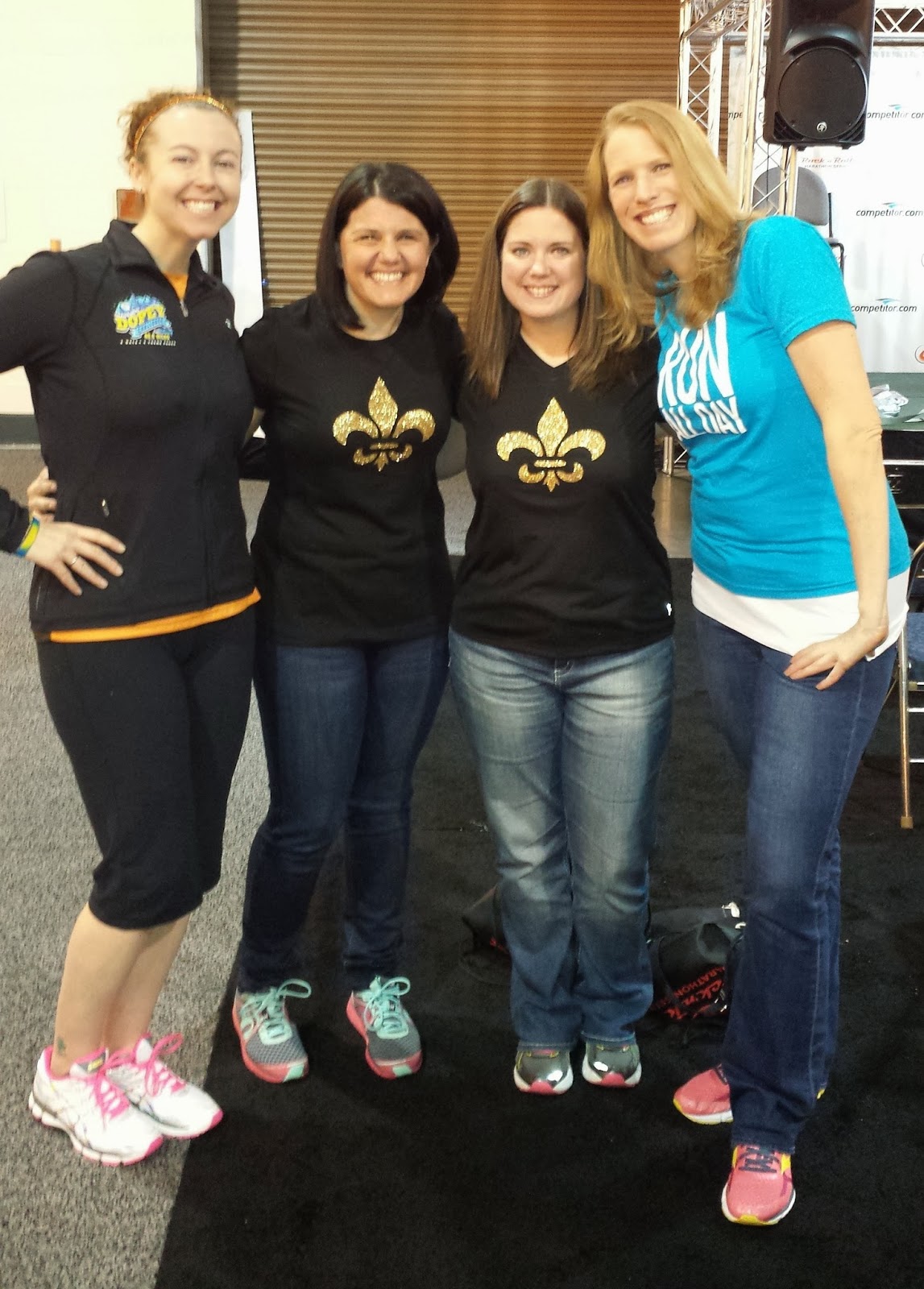 Right before it was time to go onstage I saw Elizabeth from Running for Bling! I've been wanting to meet her for what seems like forever! 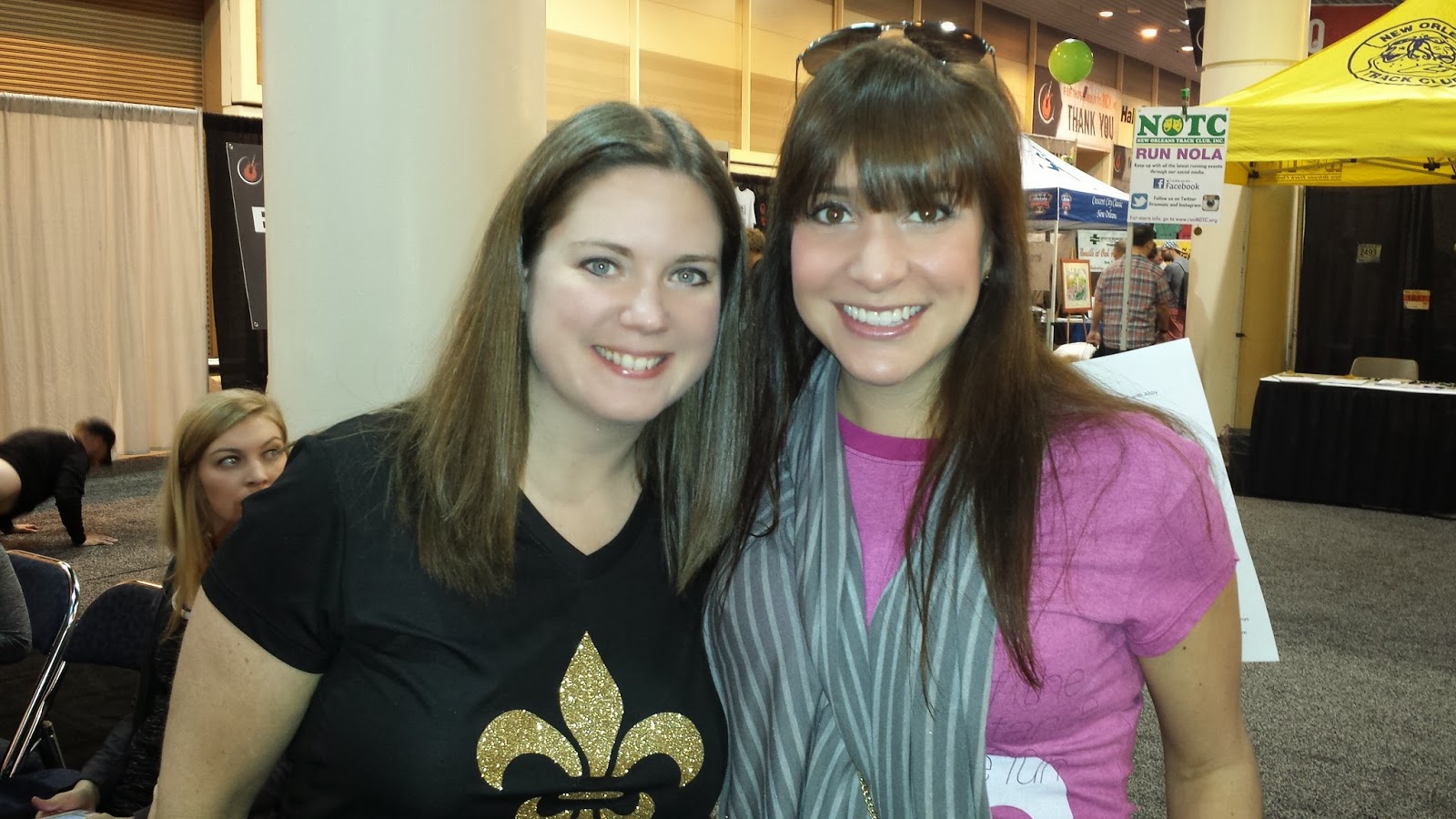 Finally it was time to get onstage! 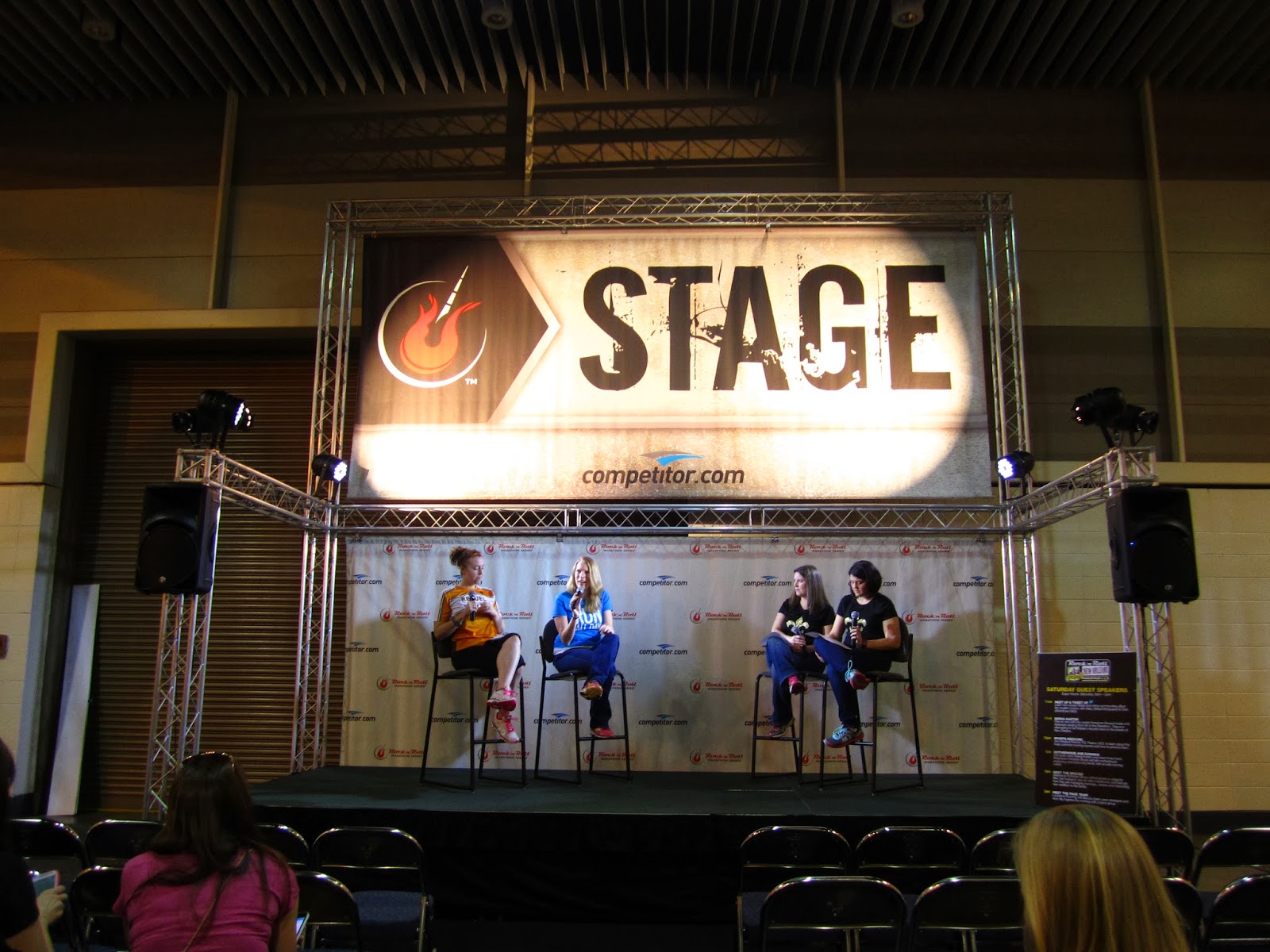 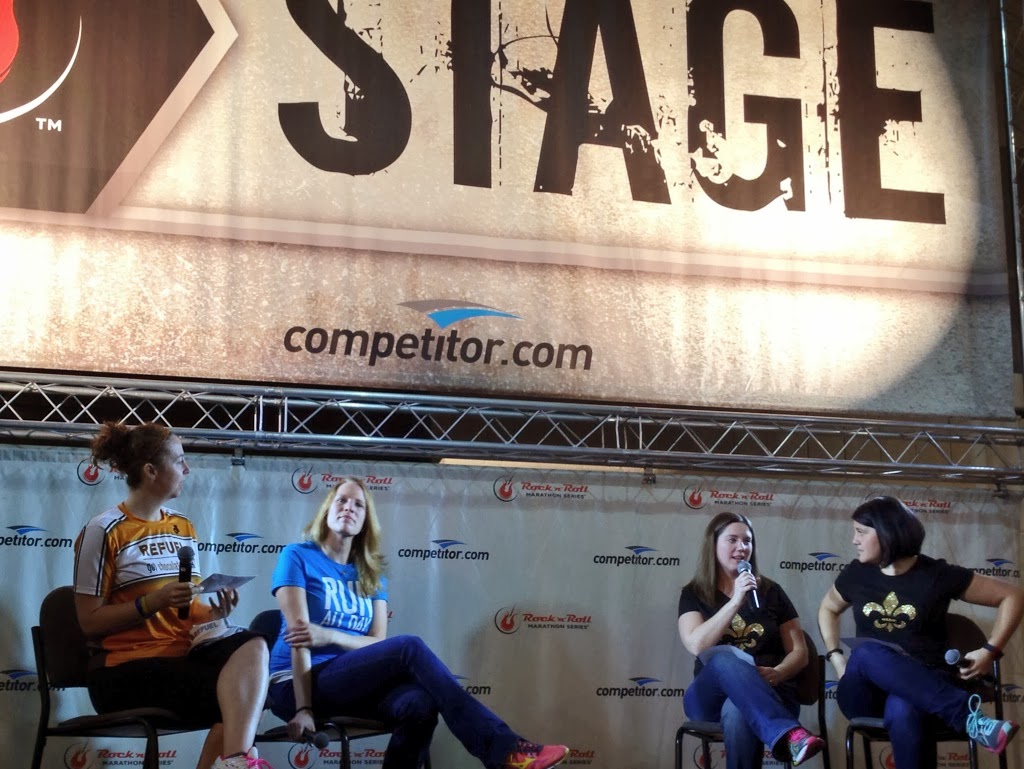 Sarah and I started it off by introducing Abby and Dani. Then we got to each ask them questions about how social media and online communities affect the modern runner. 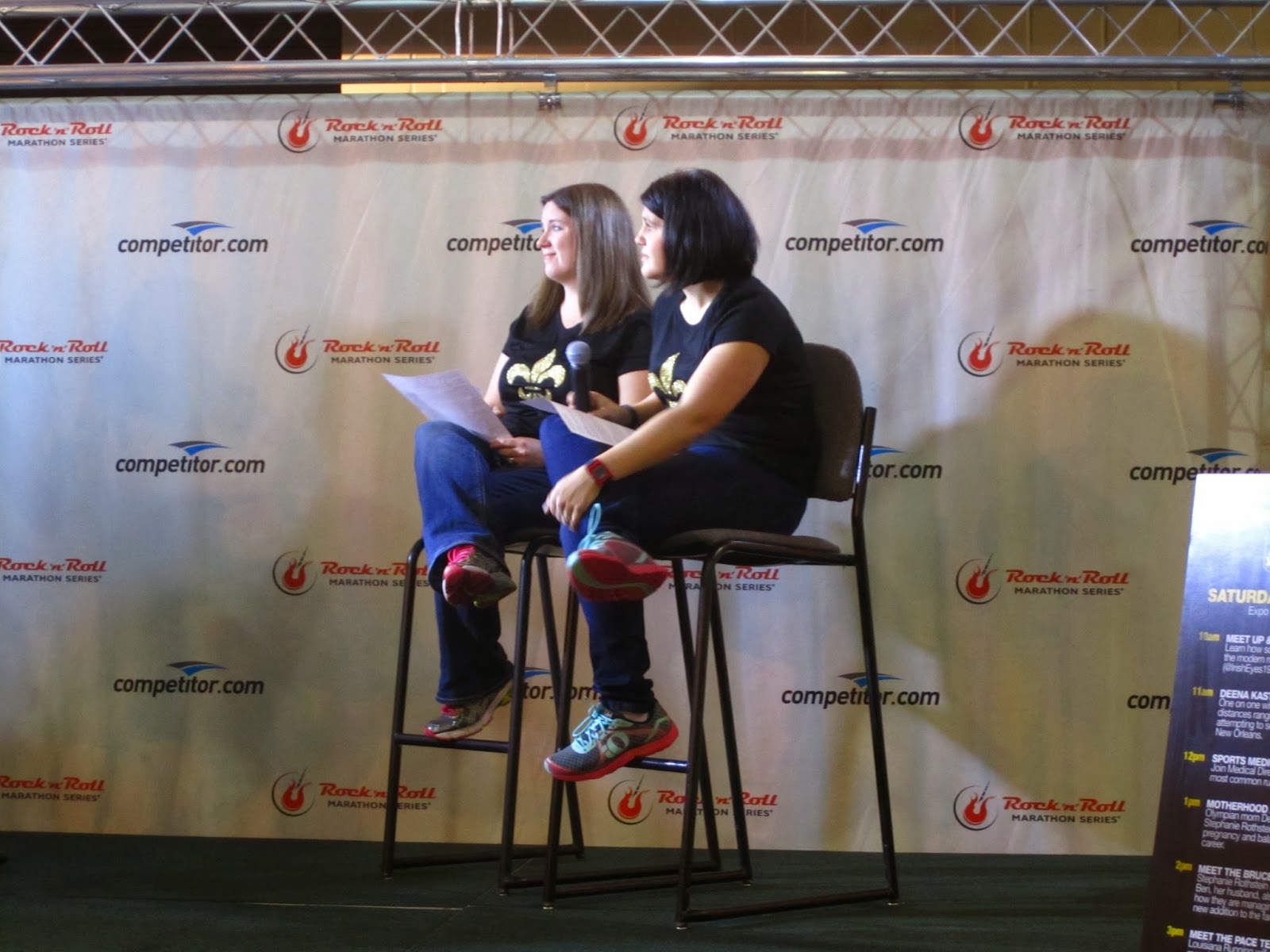 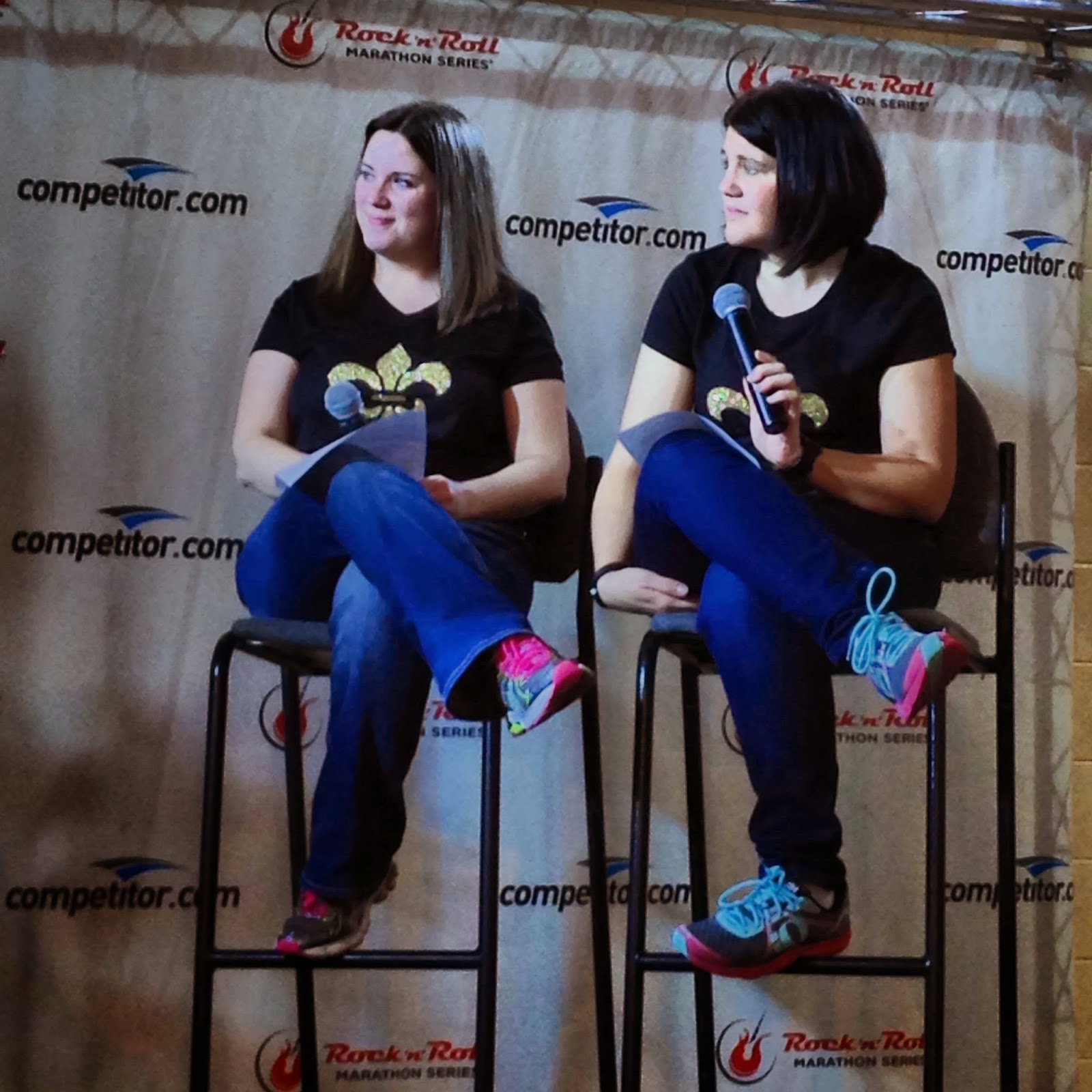 These are the questions we asked:

Abby and Dani did an excellent job answering the questions! 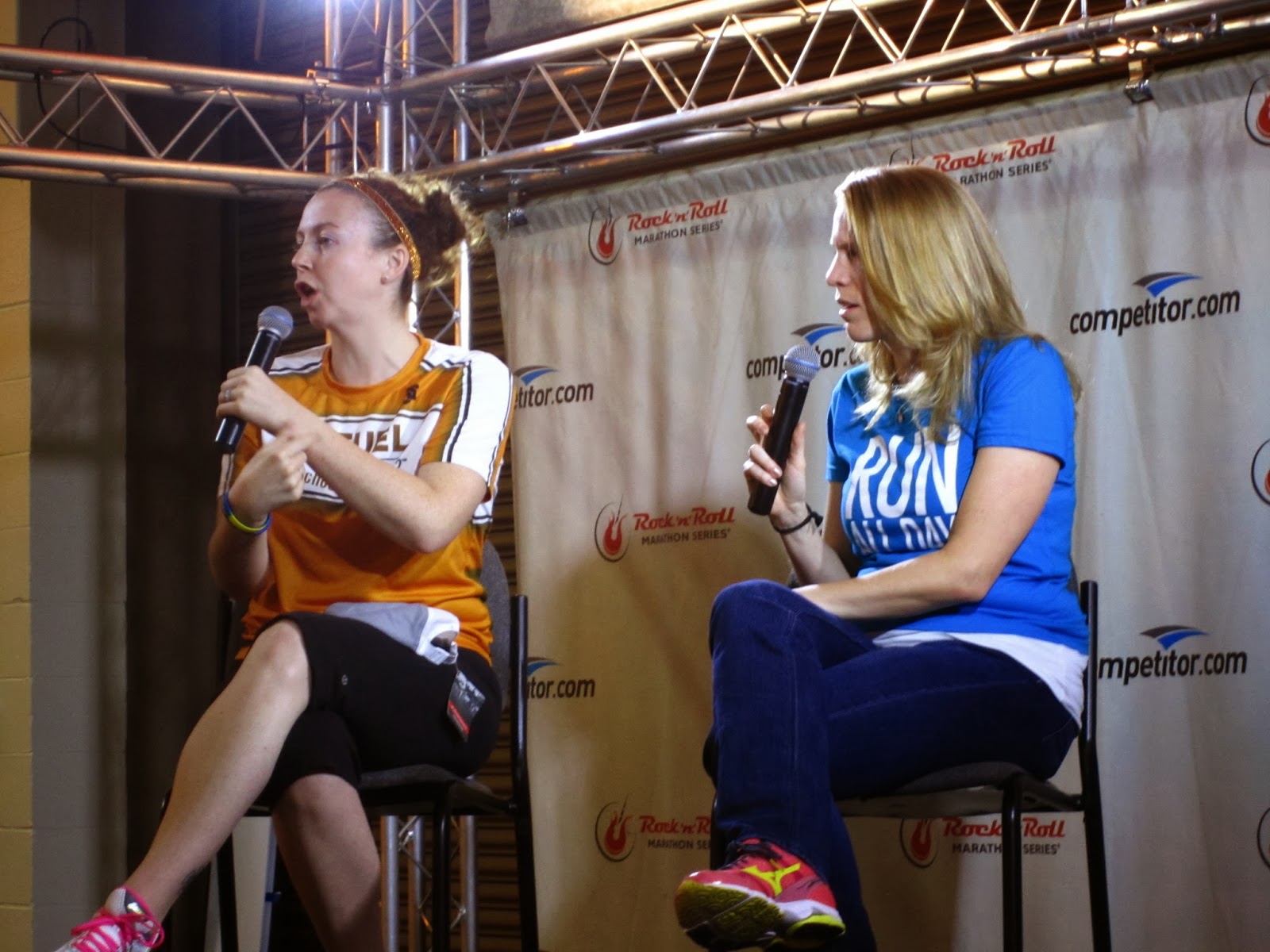 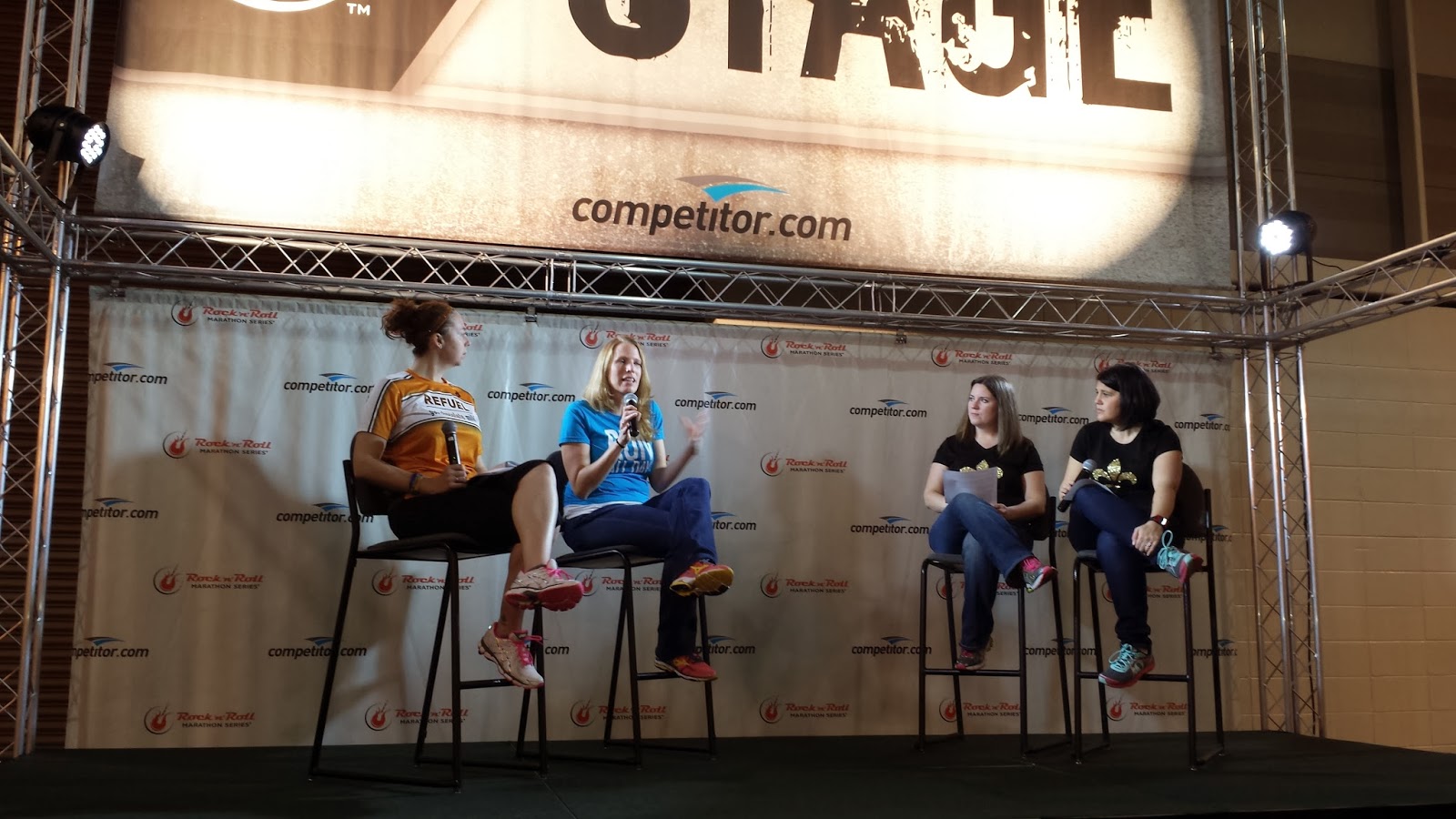 Then it was time to answer questions from the audience! 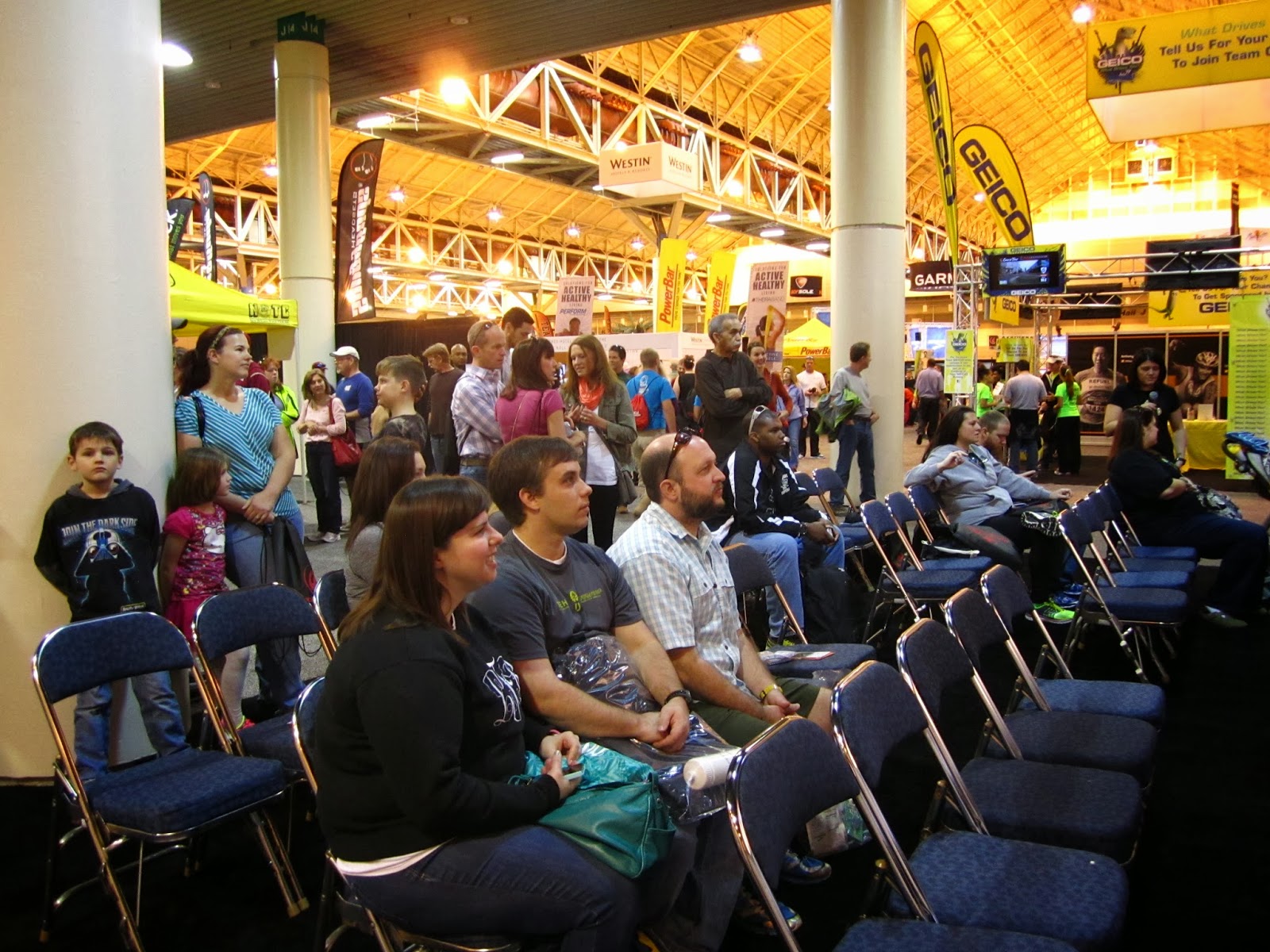 And then....it was meet up and tweet up time! I had a blast meeting new people as well as meeting some of the people I follow on twitter and people who actually read this blog of mine! :-)

Here Sarah and I are talking to Leah...who I've been following on Twitter for awhile now! 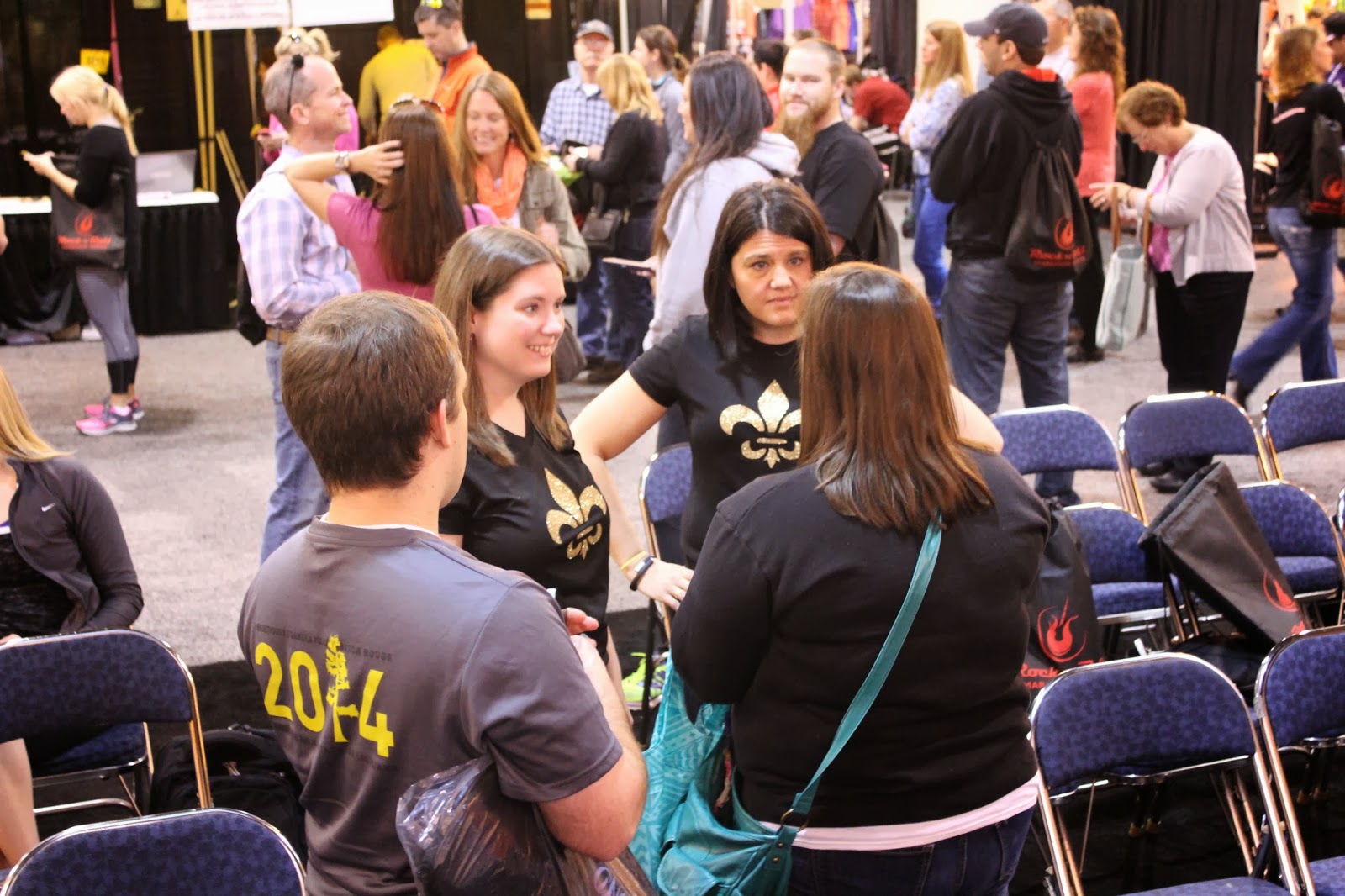 Later on that day she tweeted this awesome tweet with our picture! :-) 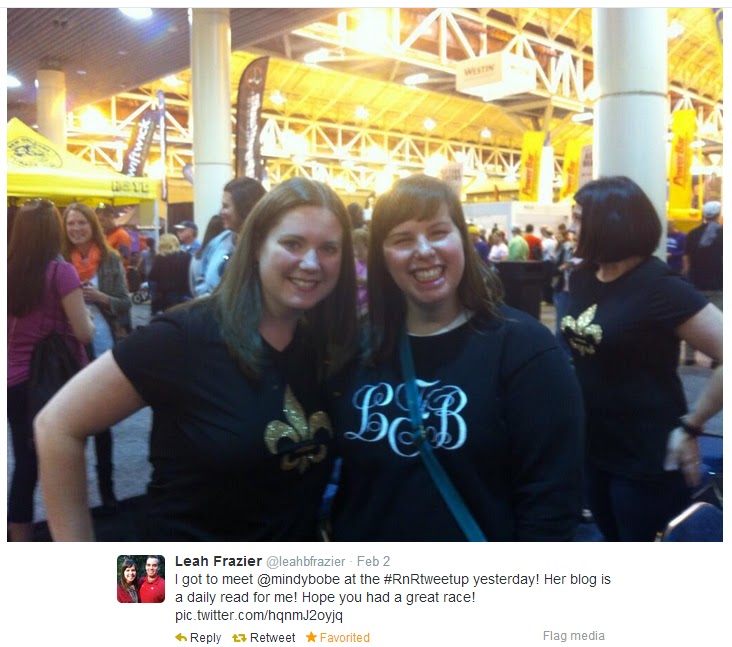 There was a ton of meeting new people, taking pictures, and tweeting and Instagramming going on! 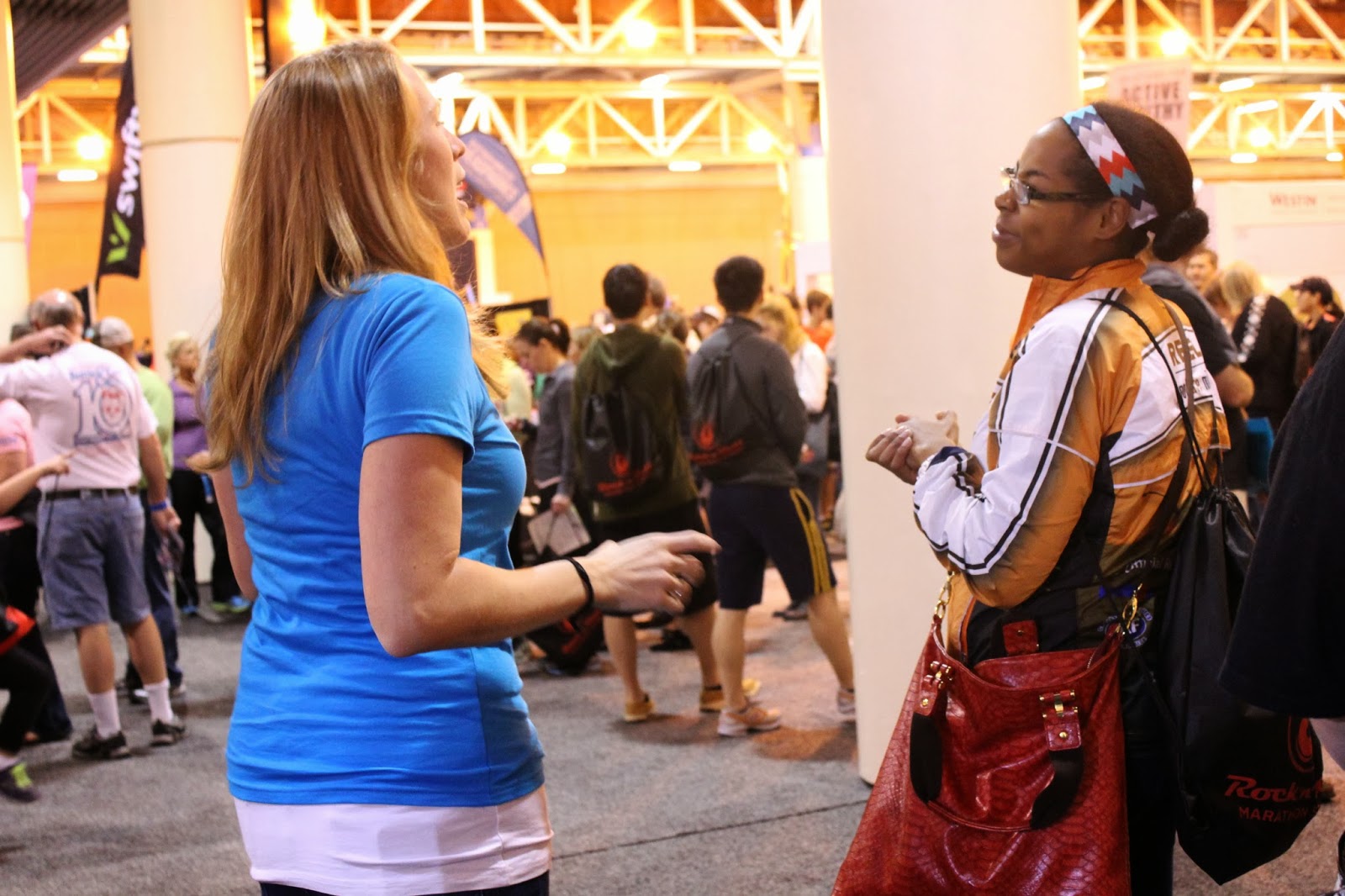 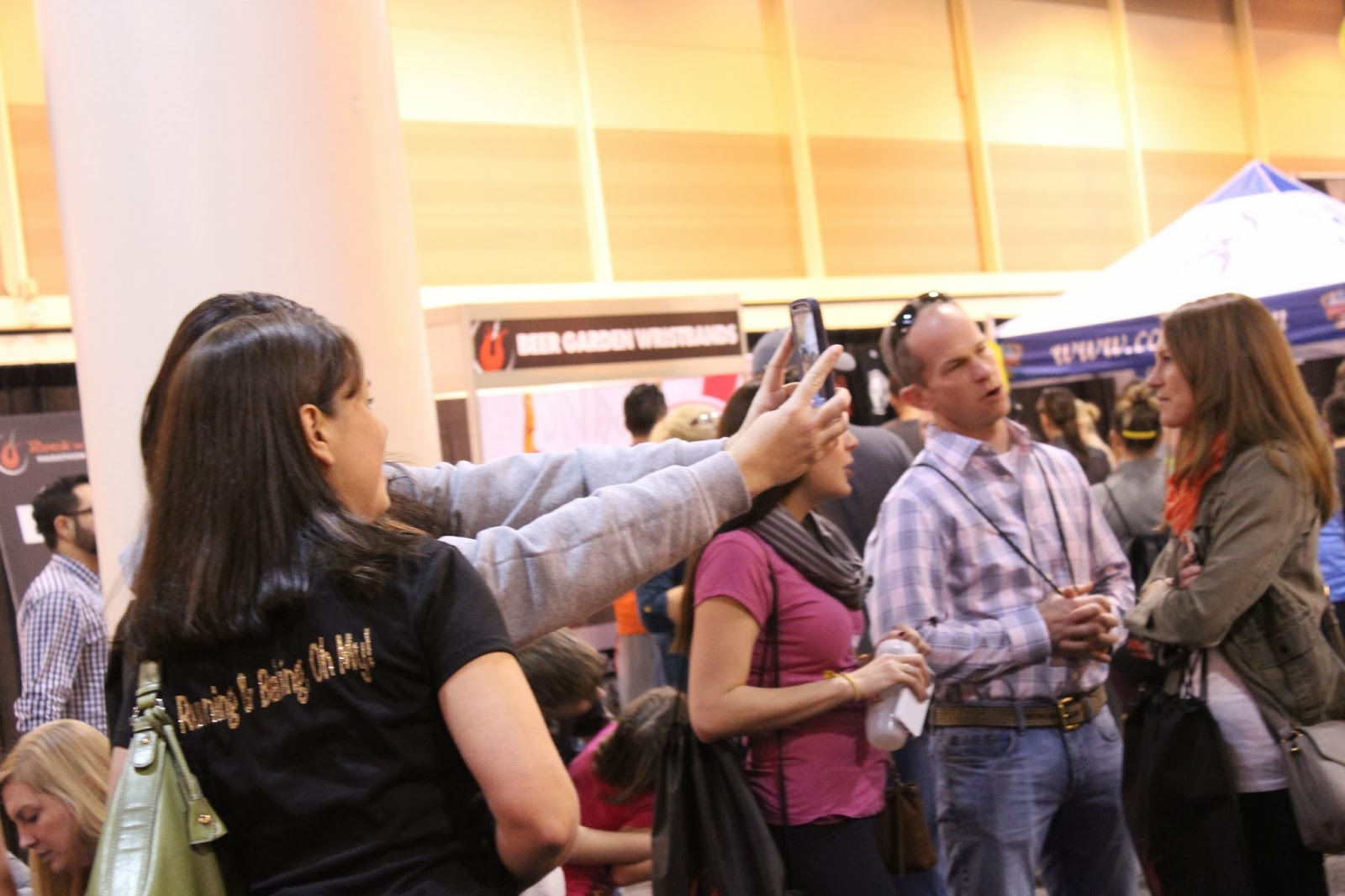 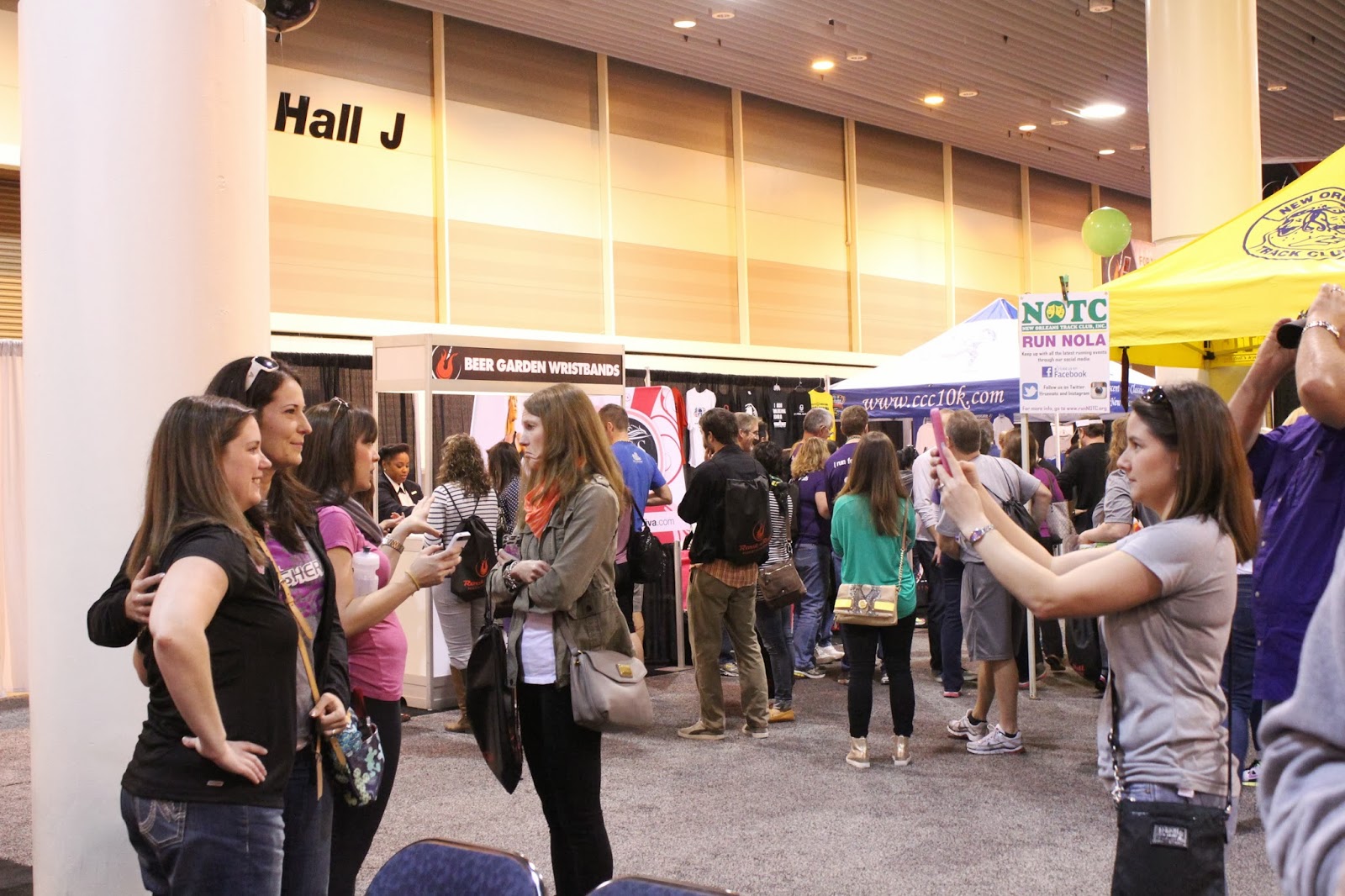 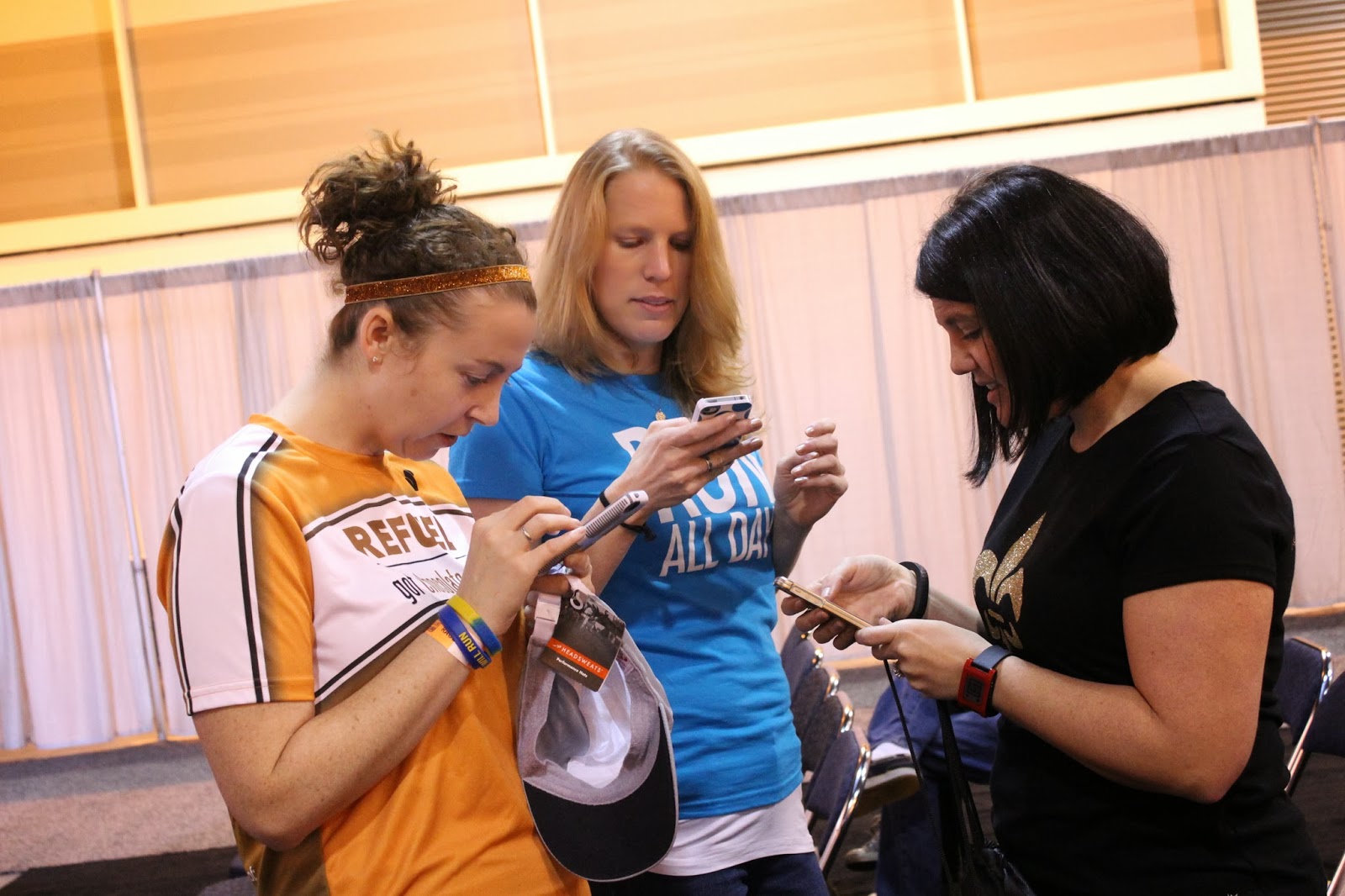 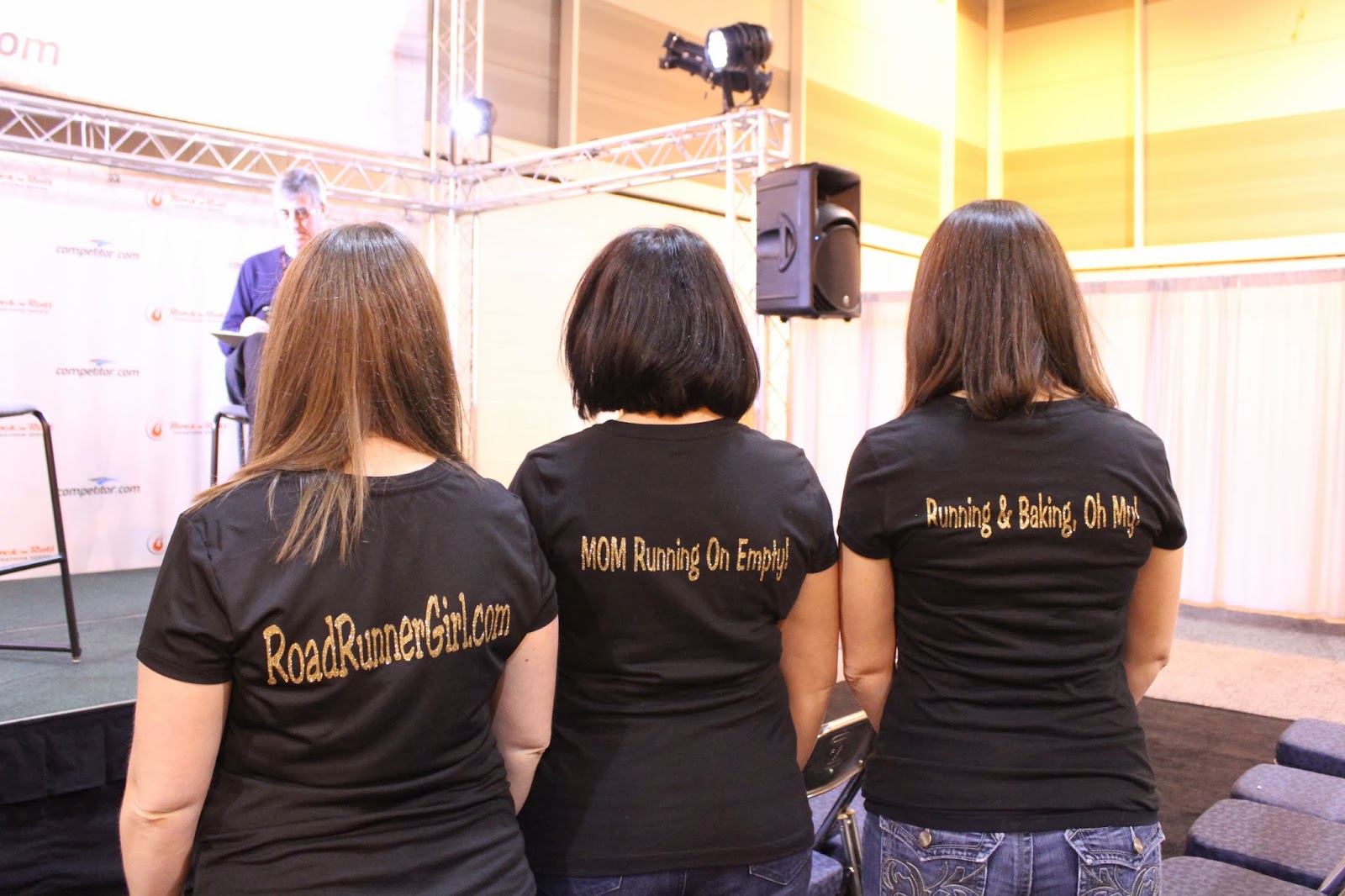 I was also super excited to see Karen from Just Me and My Running Shoes again! She didn't make it in time for the tweet up but caught us at the very end! 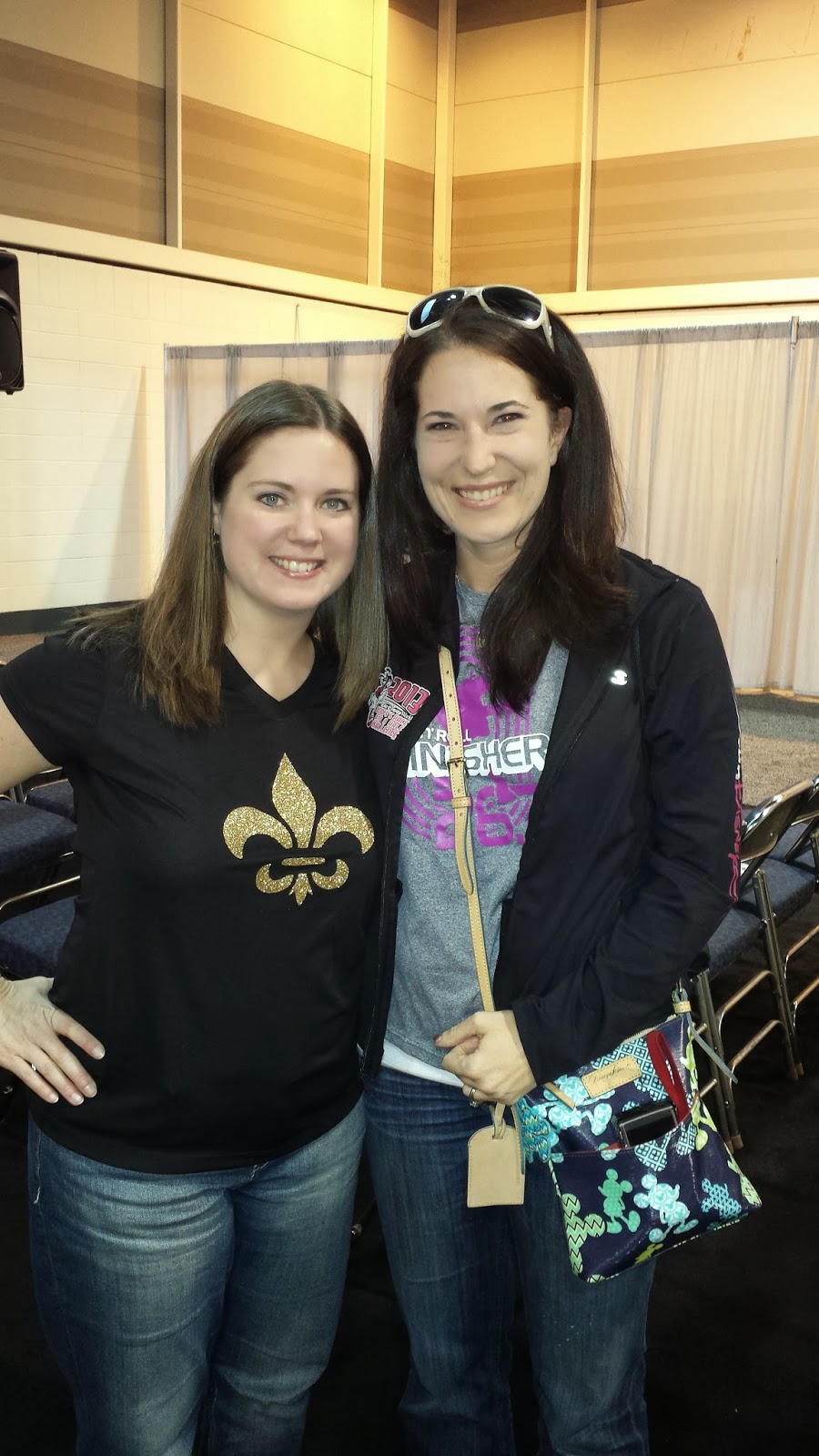 We took a huge group picture with some of the amazing bloggers that were there! I just love all these ladies! 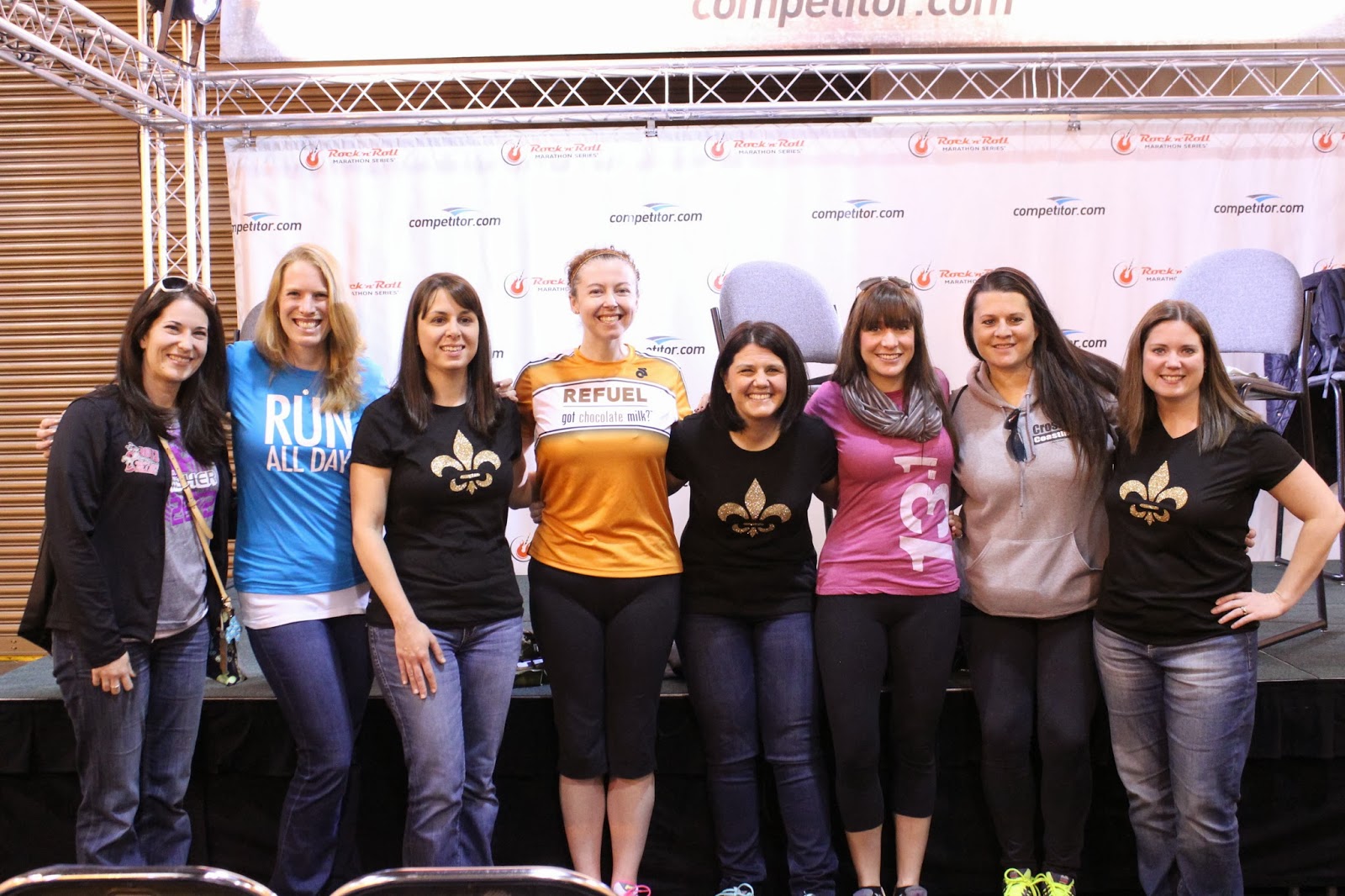 It wasn't too hard being on stage. 4 bloggers each with microphones....we all had a blast!!!