This past weekend I ran the Blue Angels Rock 'n' Fly Half Marathon in Pensacola! I'll have my recap up for you tomorrow. Today I want to tell you about packet pick-up!

This was a new race. Truthfully, there was a race called the Blue Angel Marathon that happened for over 20 years. But after the devastation of Hurricane Ivan in 2004 the race was not brought back. Some of the commanding officers at Pensacola Naval Air Station decided it was time to bring a race back to the beautiful NAS Pensacola!

Packet pick-up was not located on base. It was located in downtown Pensacola at Seville Quarter. I rode the 45 minute drive with my friend Donna to pick up packets for several of our Sole2Soul Sisters. 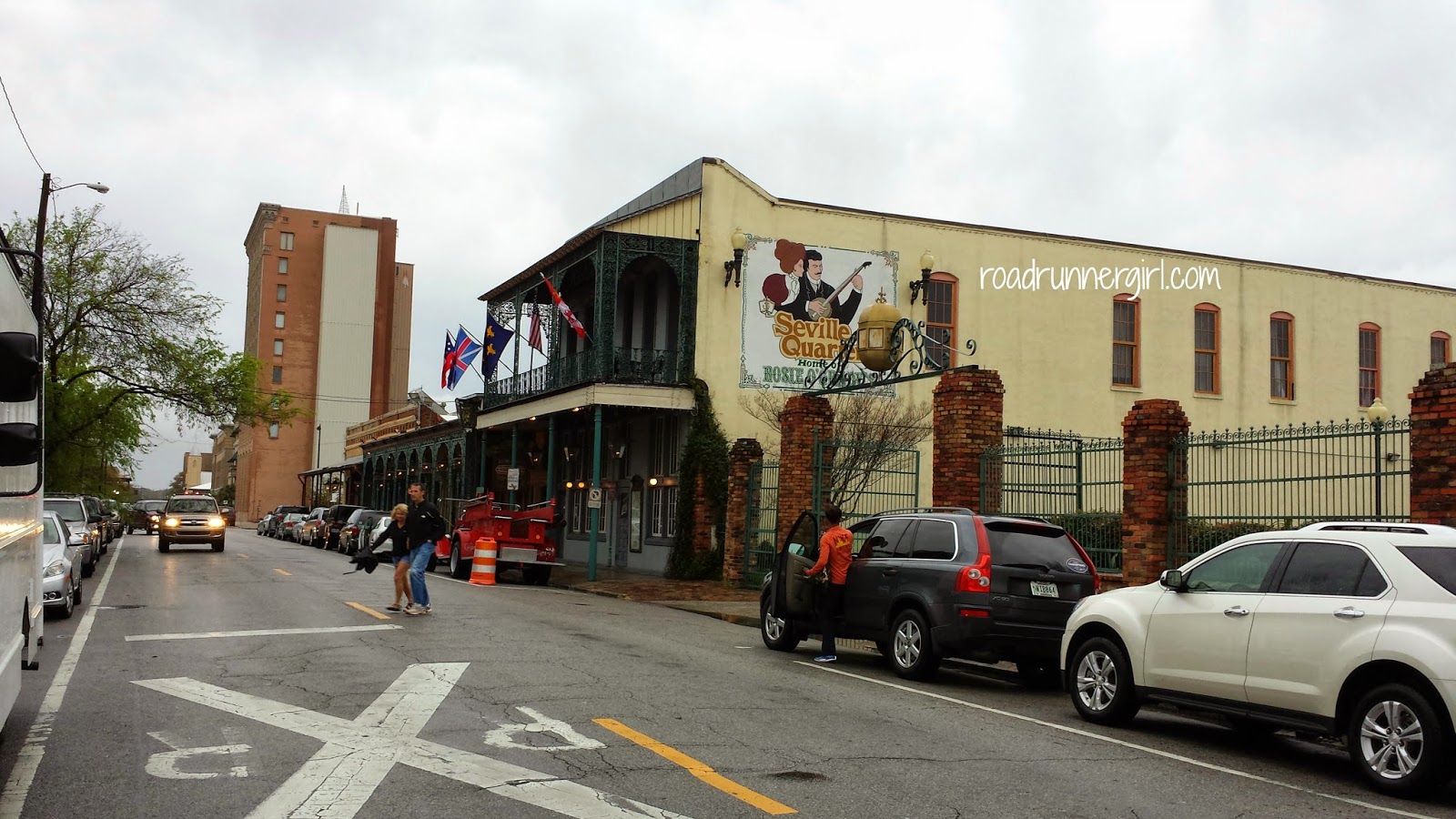 When we arrived at packet pick-up we learned that the race would be delayed an hour due to the predicted thunderstorms at start time. That put the start time at 9AM. Packet pick-up was really easy. They had everything organized by bib numbers. I didn't have to wait at all. 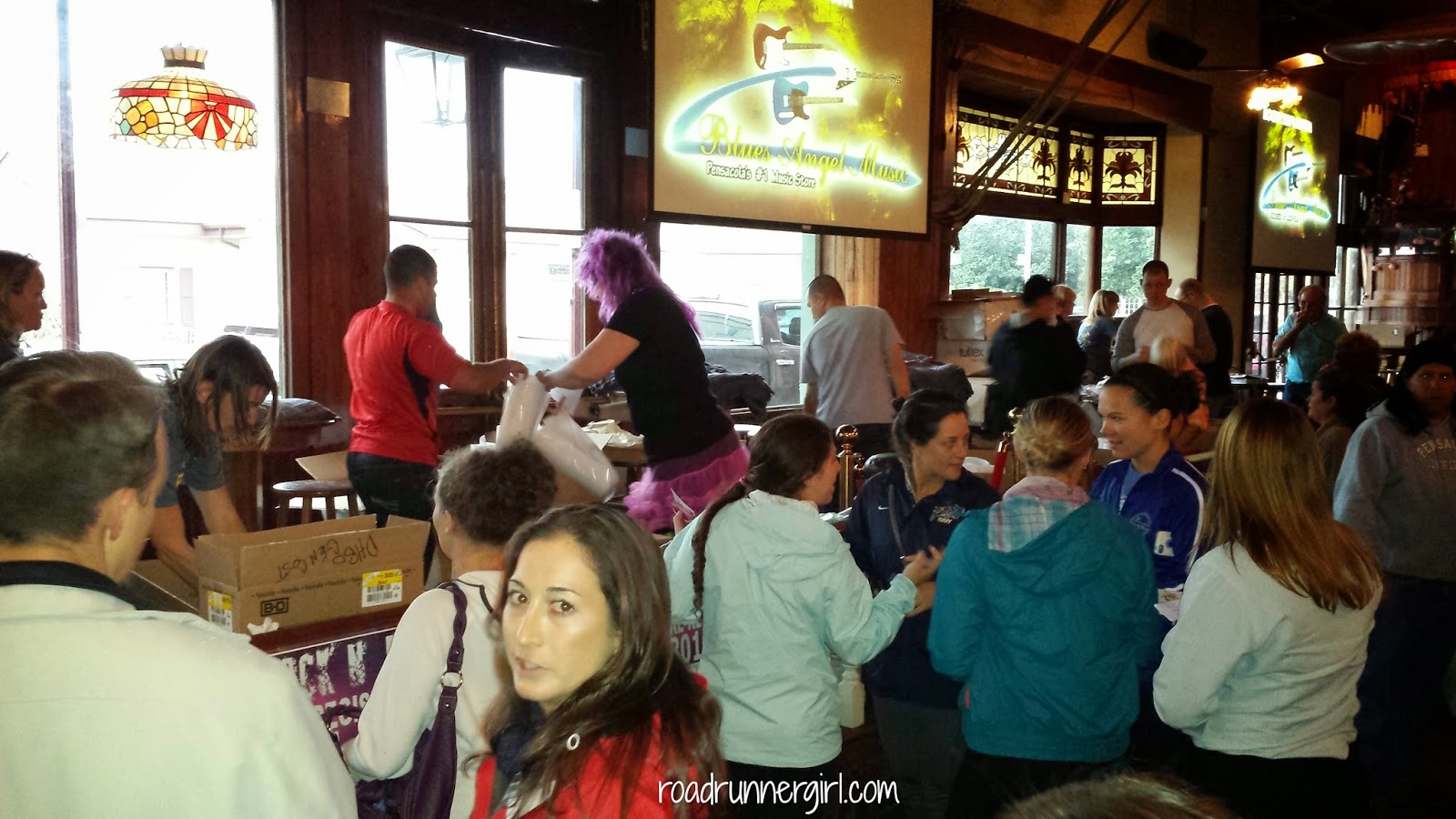 There were a few tables with advertisements for other races. But other than that there weren't really any vendors.

I made sure to get my traditional picture with my race bib! 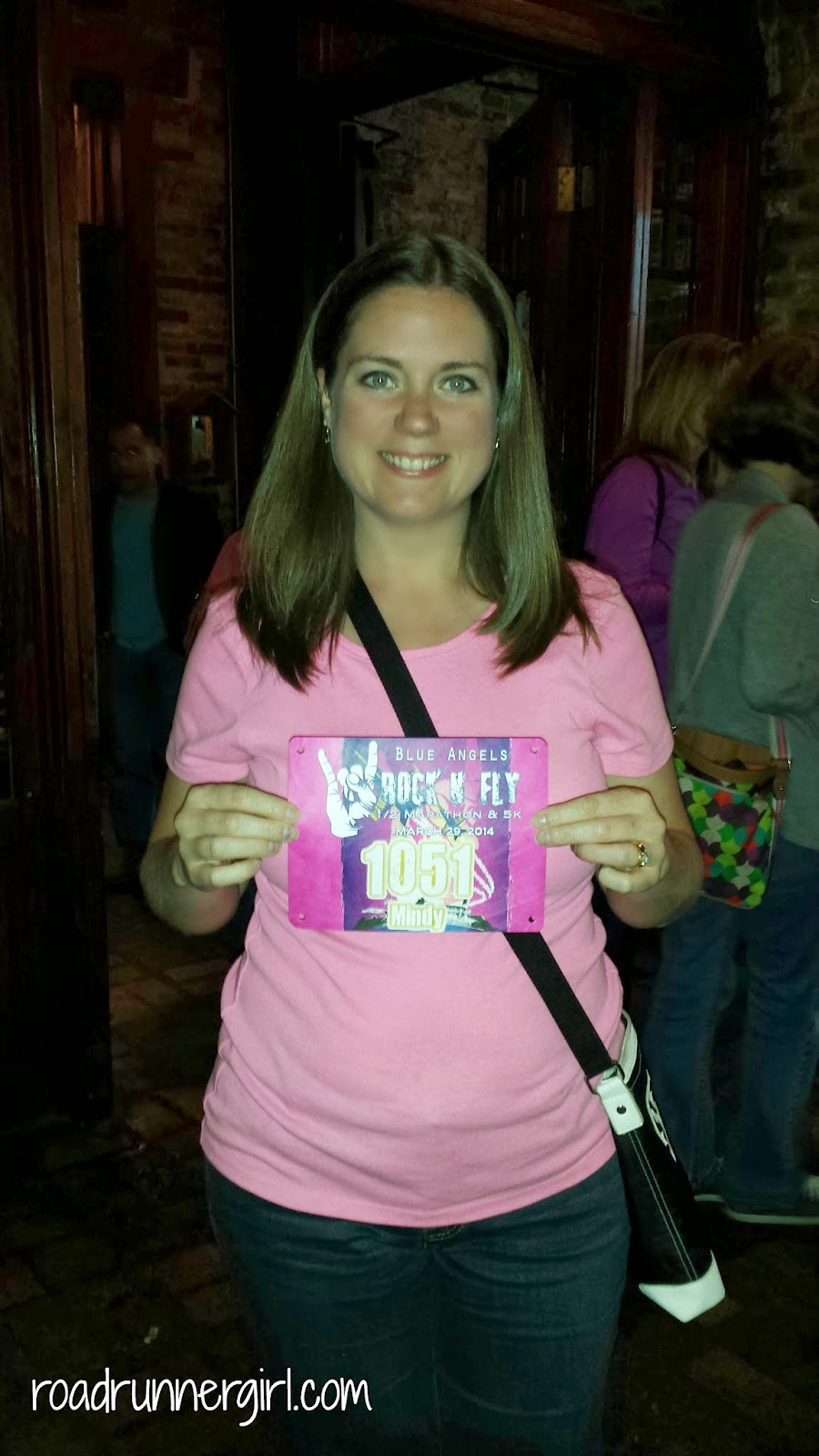 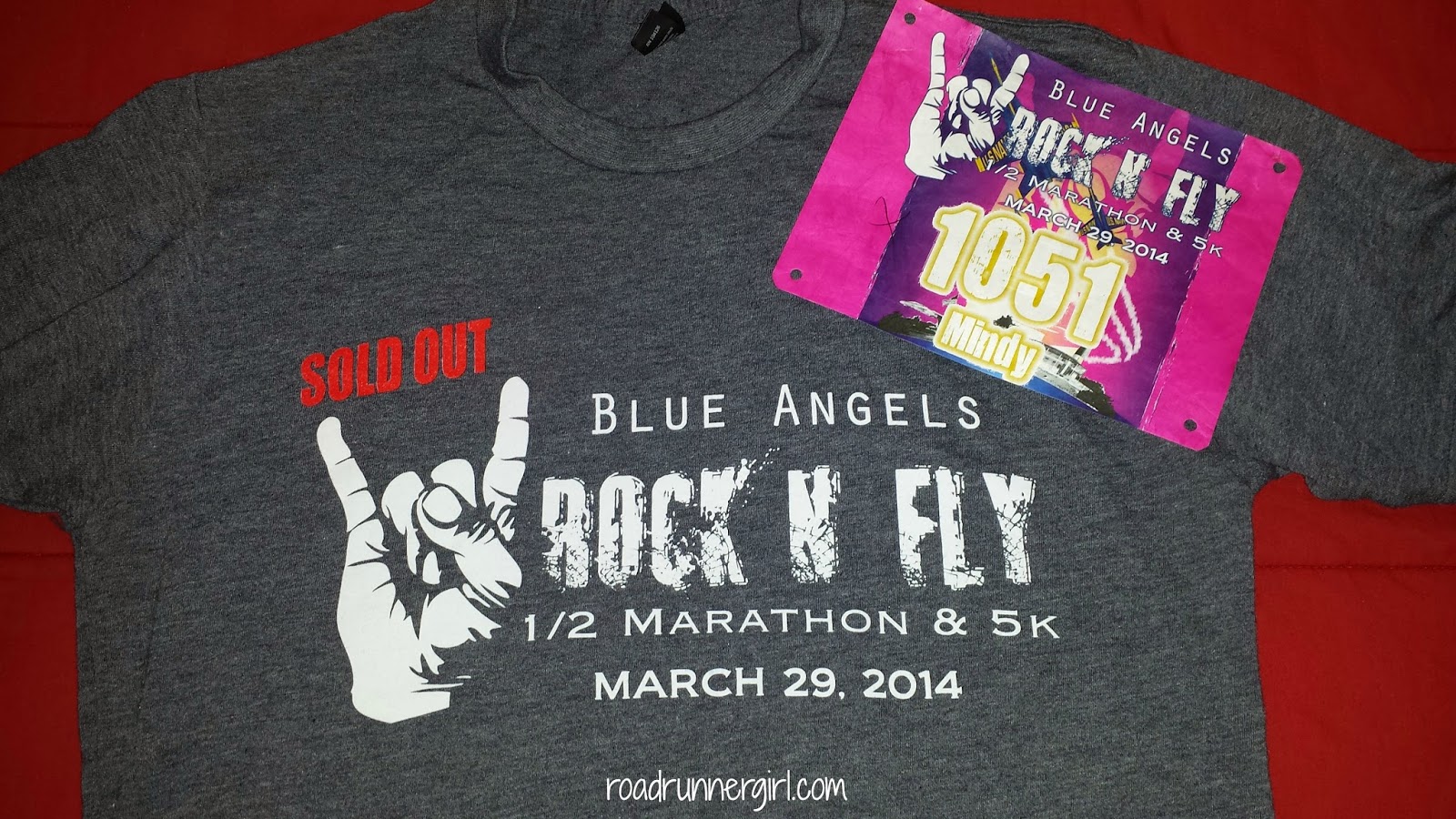 After a quick packet pick-up we headed home. I ate my traditional pre race meal of pizza. And then I got everything ready for the next day! QOTD: Have you ever ran a race that was delayed due to weather?