Saturday Morning Run Through the Fog!

The plan was to run 5 miles. I was meeting friends to run the first 3 and then I was going to finish the last 2 miles on my own.

I woke up to temperatures in the 50's (instead of the high 60's last weekend). It was also really foggy. I completed my normal before a long run rituals of going to the bathroom, getting dressed, stretching and rolling, and eating a little something (usually a plain waffle or a banana). Then I hopped in my car and headed to my friend Paige's house. She is a single mom and had her boys this weekend so she couldn't leave the neighborhood to run. So we were going to run the small loop of her neighborhood until we reached 3 miles.

Yes that sounds super boring. But...I was with my friend Paige, Laura, and Holly so I knew we wouldn't get bored. And we didn't! We talked while we ran and it was just like having girl time but we were exercising too!

The first loop we saw what I thought was a dead worm. But after closer inspection....it was actually a snake! Since it was so small we all had the same thought...where is the mama? Yes my running friends are just as freaked out about snakes as I am! And unfortunately with the warmer weather, the snakes are coming out of hiding. 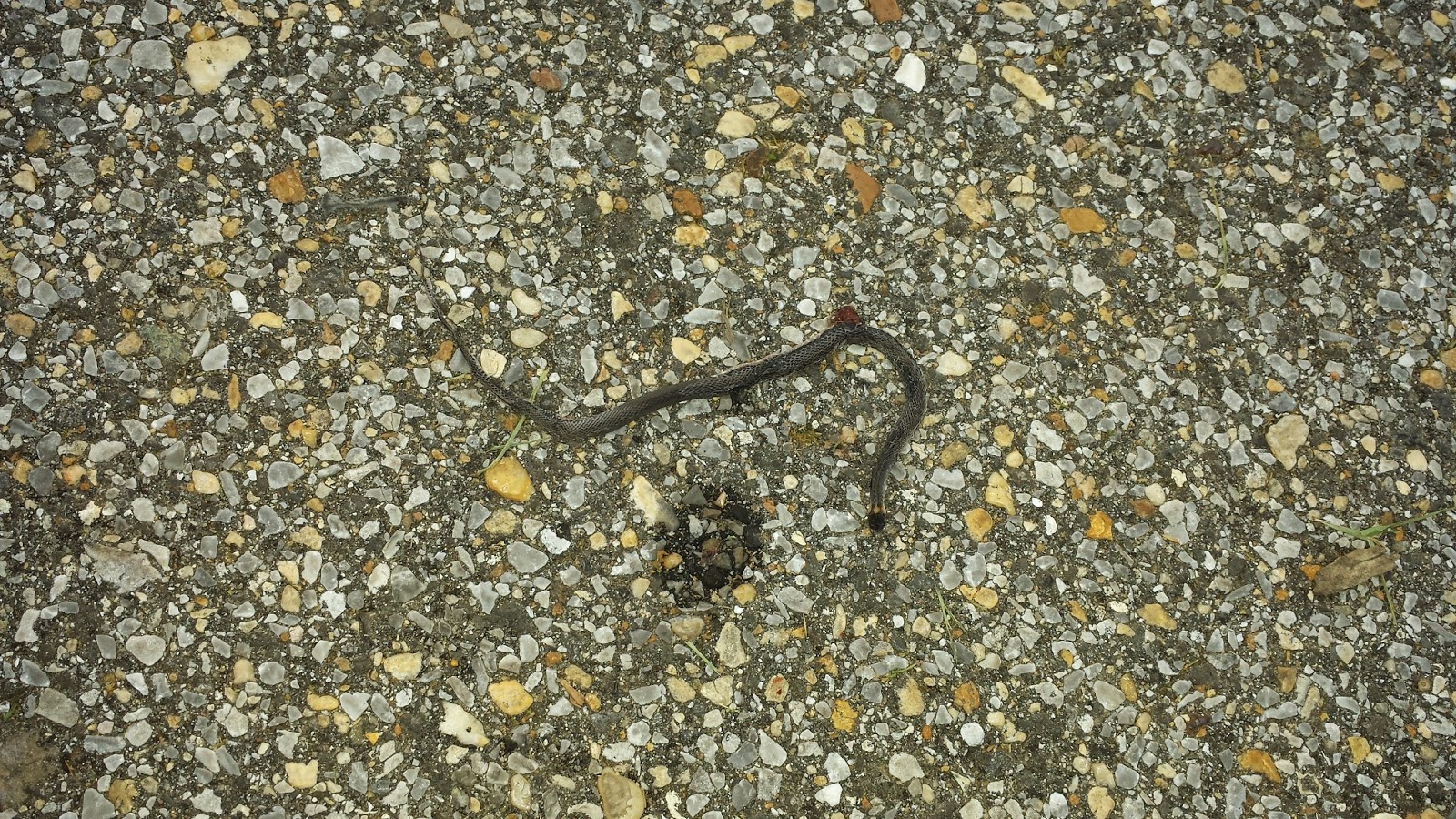 Before I knew it we had run 3 miles. My friends stopped and I said a quick goodbye and kept on running. And yes...I ventured out of the neighborhood for the rest of my solo run! Since I didn't have anyone to talk to I took in my surroundings. Last week I ran by the bay but this week I was running in the country! See how foggy it was? There are cows in this field....you just can't see them due to the fog! 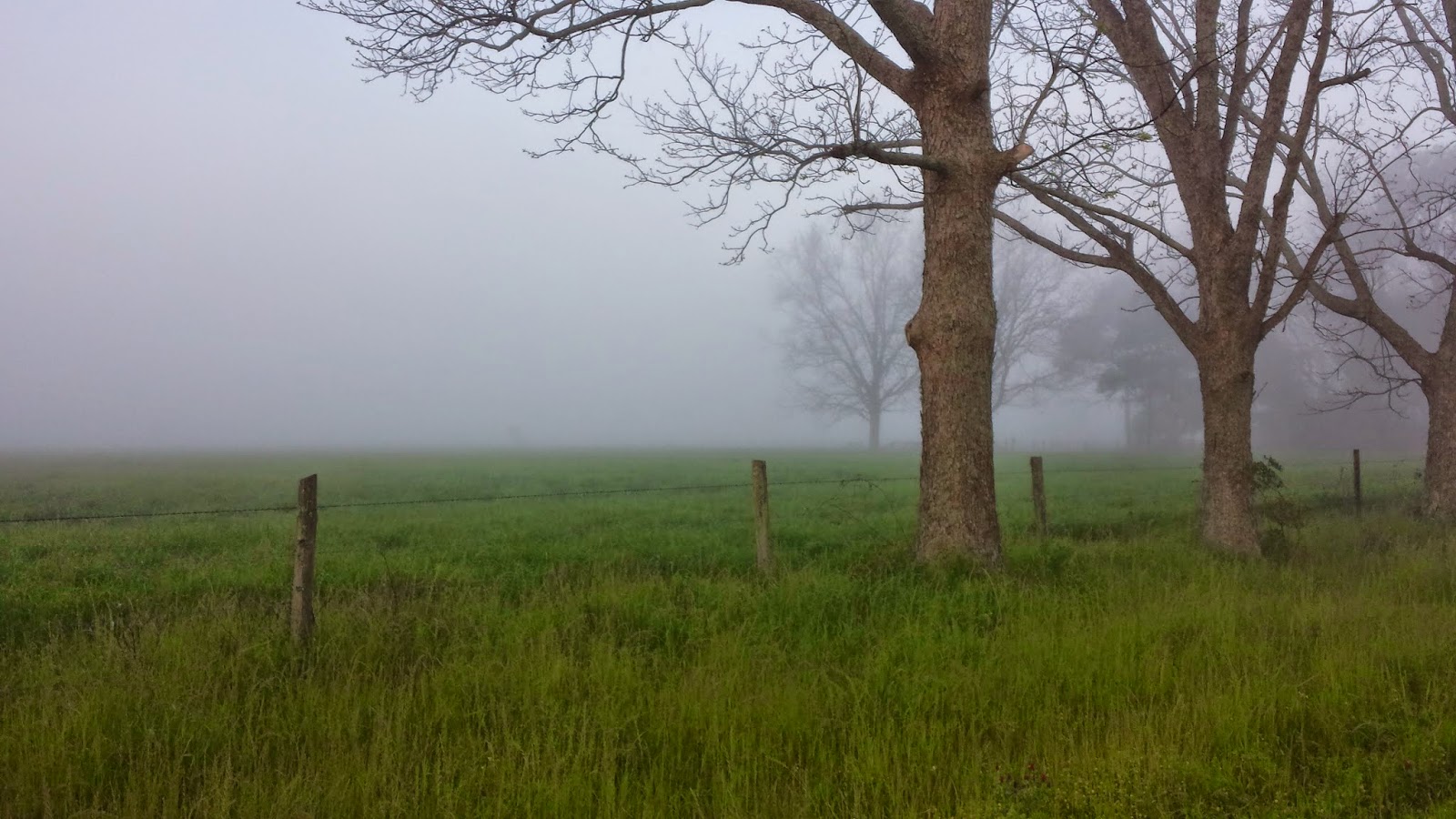 I was feeling great! We ran a little slower that first 3 miles and it really helped me on the last part of my run! I was able to pick up the pace a bit and finish strong! (I wish I would ALWAYS remember to start out slow!!!) 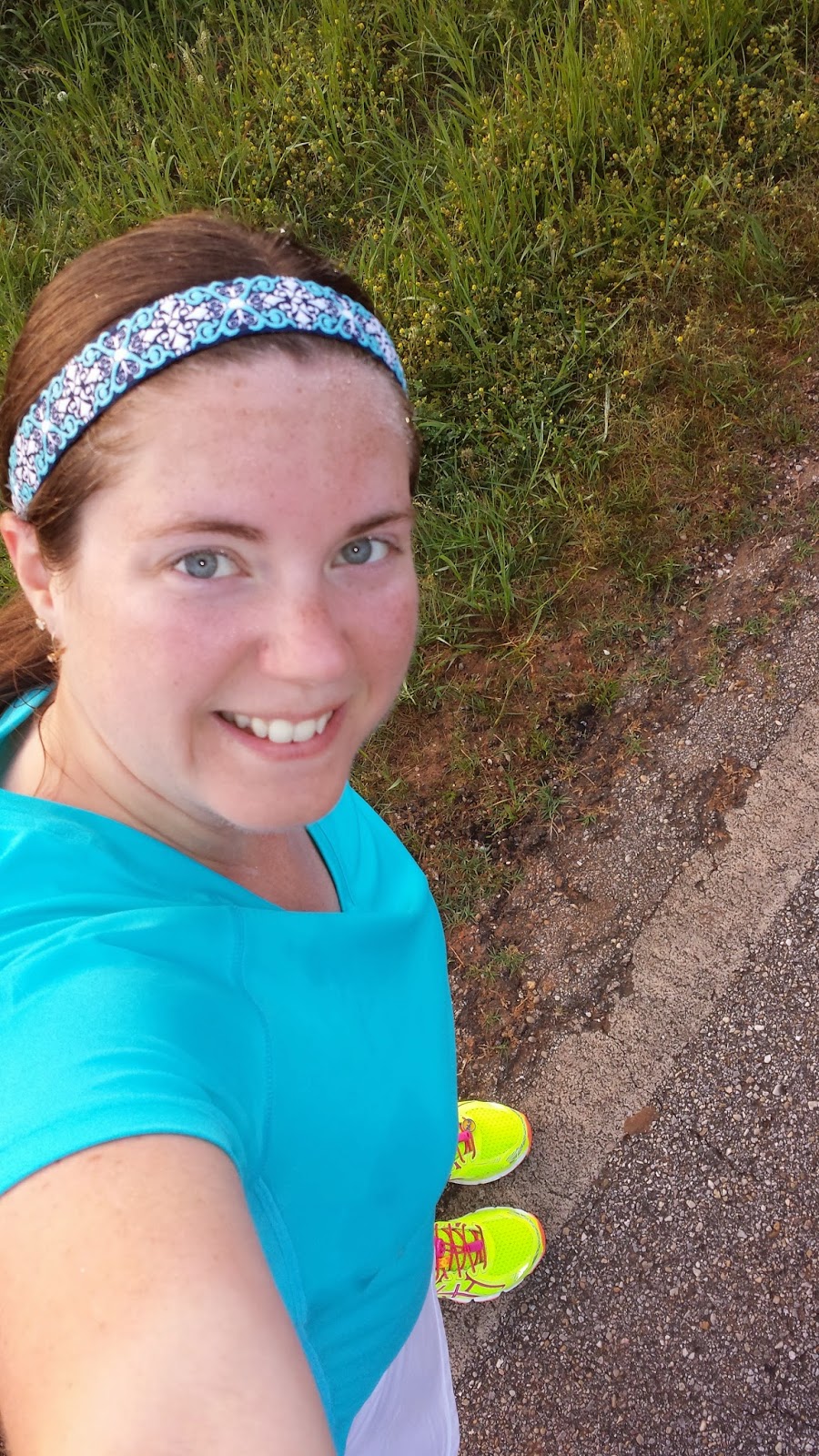 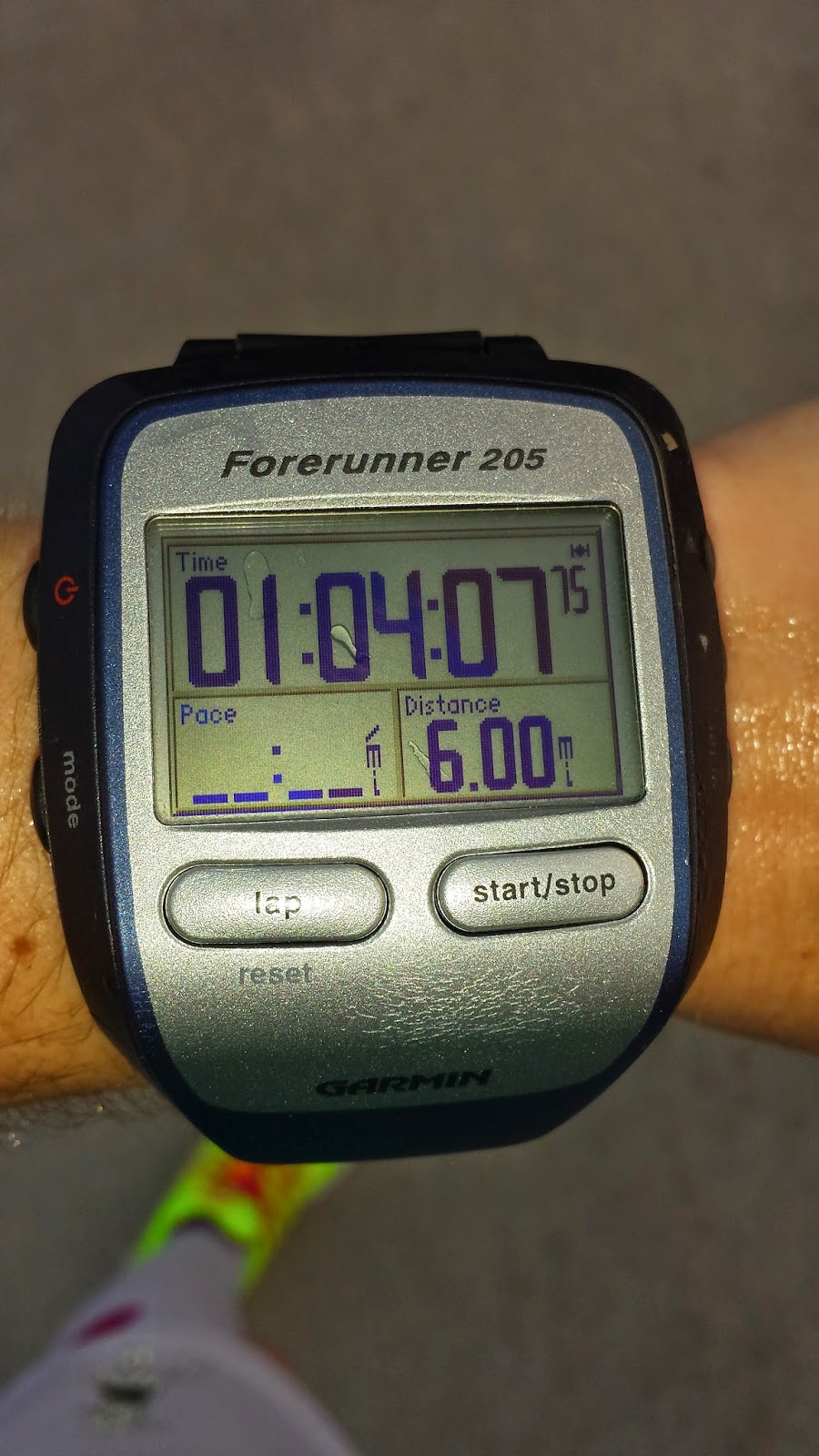 After my run I was pretty sweaty. In fact I was glistening! But a lot of that was from the fog. I could feel the water droplets as I was running! Crazy! You can see the sweat/fog on my forehead in this picture! 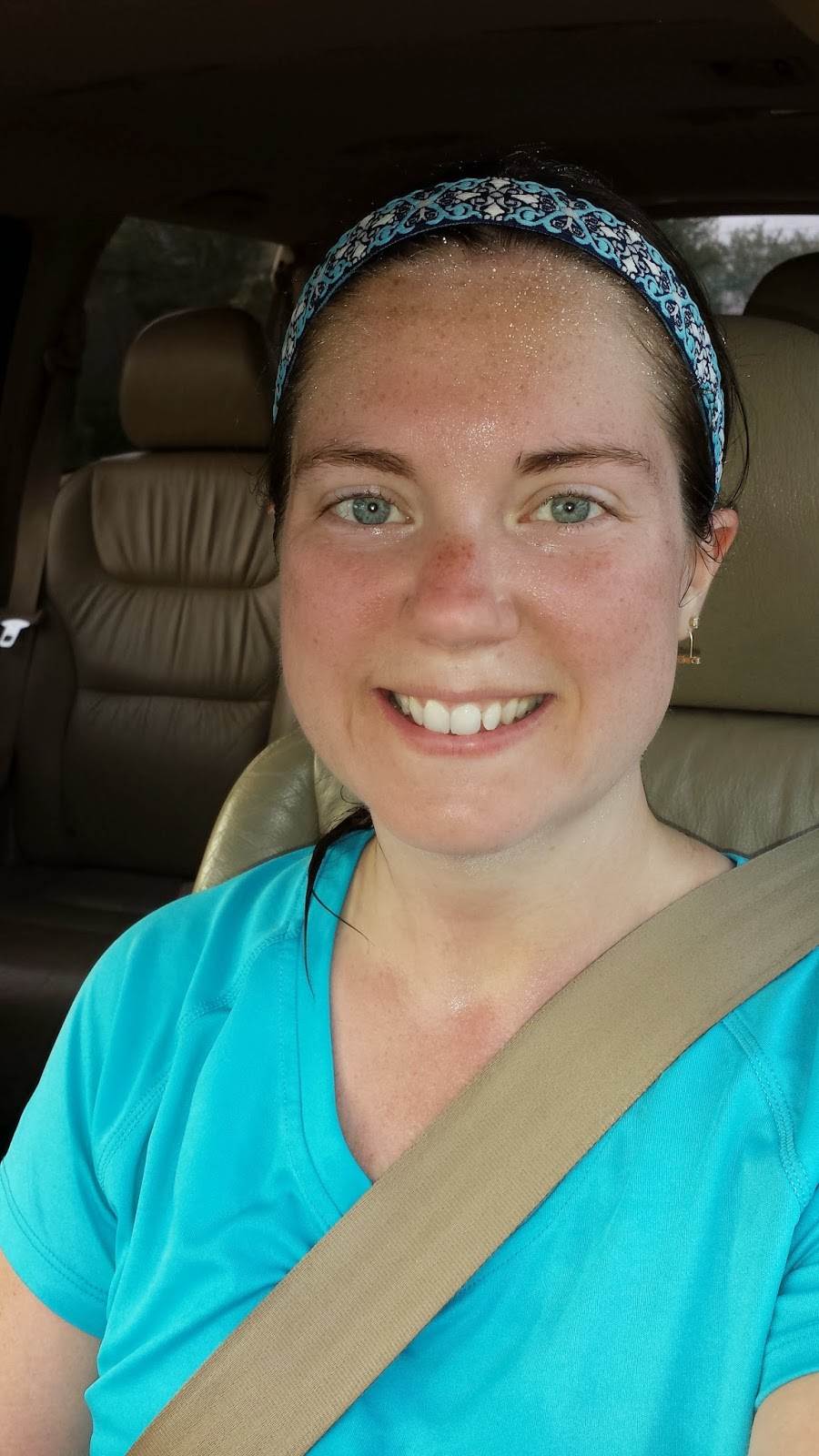 I was so happy to have had a great run! I feel ready to run the Crescent City Classic 10K with Paige this weekend! It's not too late to register for this one at the expo and run with me in New Orleans! I'd love to see you there! :-)

Also my friend Austin from Running Write is hosting a giveaway on his blog for an Armpocket Aero i-10! Head on over there now and enter to win!

QOTD: Have you ever run in the fog?