We had a great weekend! The weather was absolutely gorgeous! The past few weekends it has rained so we were so excited to see sun and warm weather all weekend! We had a jam packed weekend and spent a good part of it outside! I wanted to share all the fun things we did!

Saturday morning I ran a 6 mile run with friends. It was a great run! I'll tell you more about it tomorrow!

After I got cleaned up from my run, me and the boys met my friend Paige and her boys and headed to the Gulf Coast Exploreum Science Center for an Easter Egg Hunt. This was our first time doing the Easter Egg Hunt here and they said they had 10,000 eggs!

We parked and had to walk a few blocks to get there. We took a few pictures along the way....all my son Sawyer's doing. Yes he knows his mama and her love of pictures well! :-) 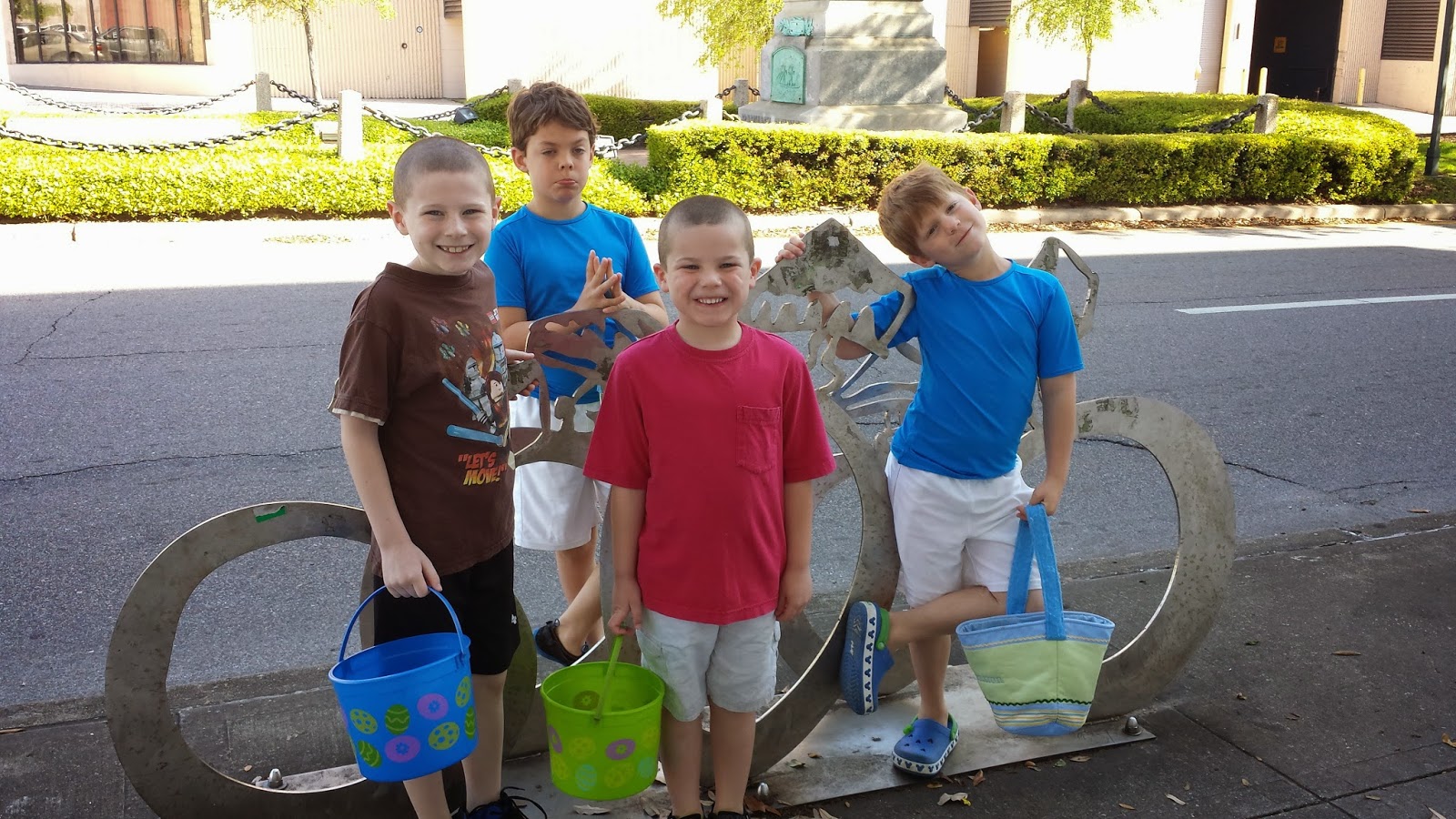 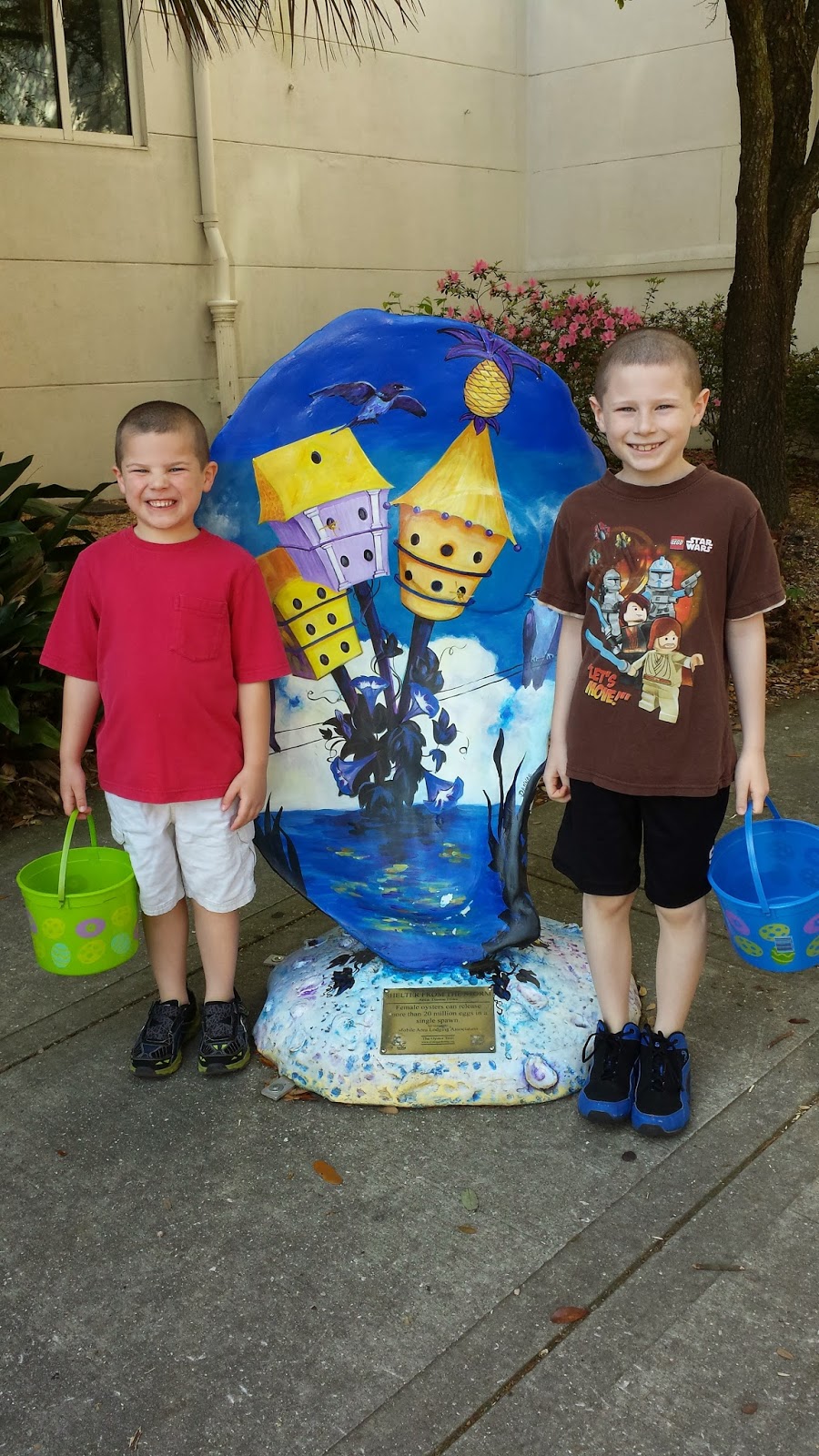 We started off the day making all kinds of Easter crafts which the boys loved! They even got cupcakes! And guess who else made an appearance? The Easter Bunny of course! 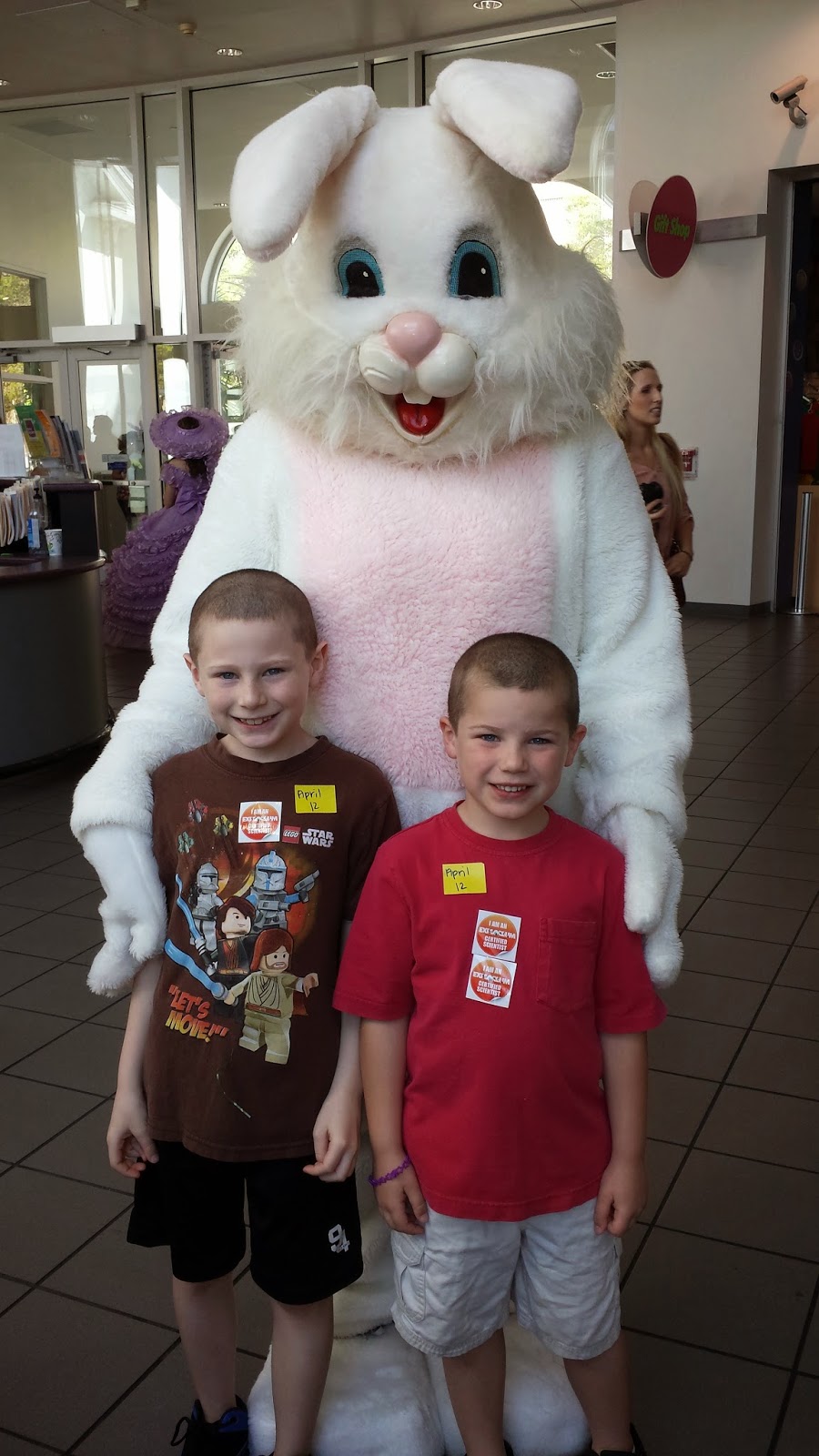 Then it was time to hunt eggs! We were told that there were 10 golden eggs hidden throughout the Exploreum. Anyone who found a golden egg would get a prize. So off we went in search of eggs AND golden eggs! By pure luck...I happened to see a golden egg and pointed it out to Hayden who was right beside me! He was so excited he found a golden egg!!! 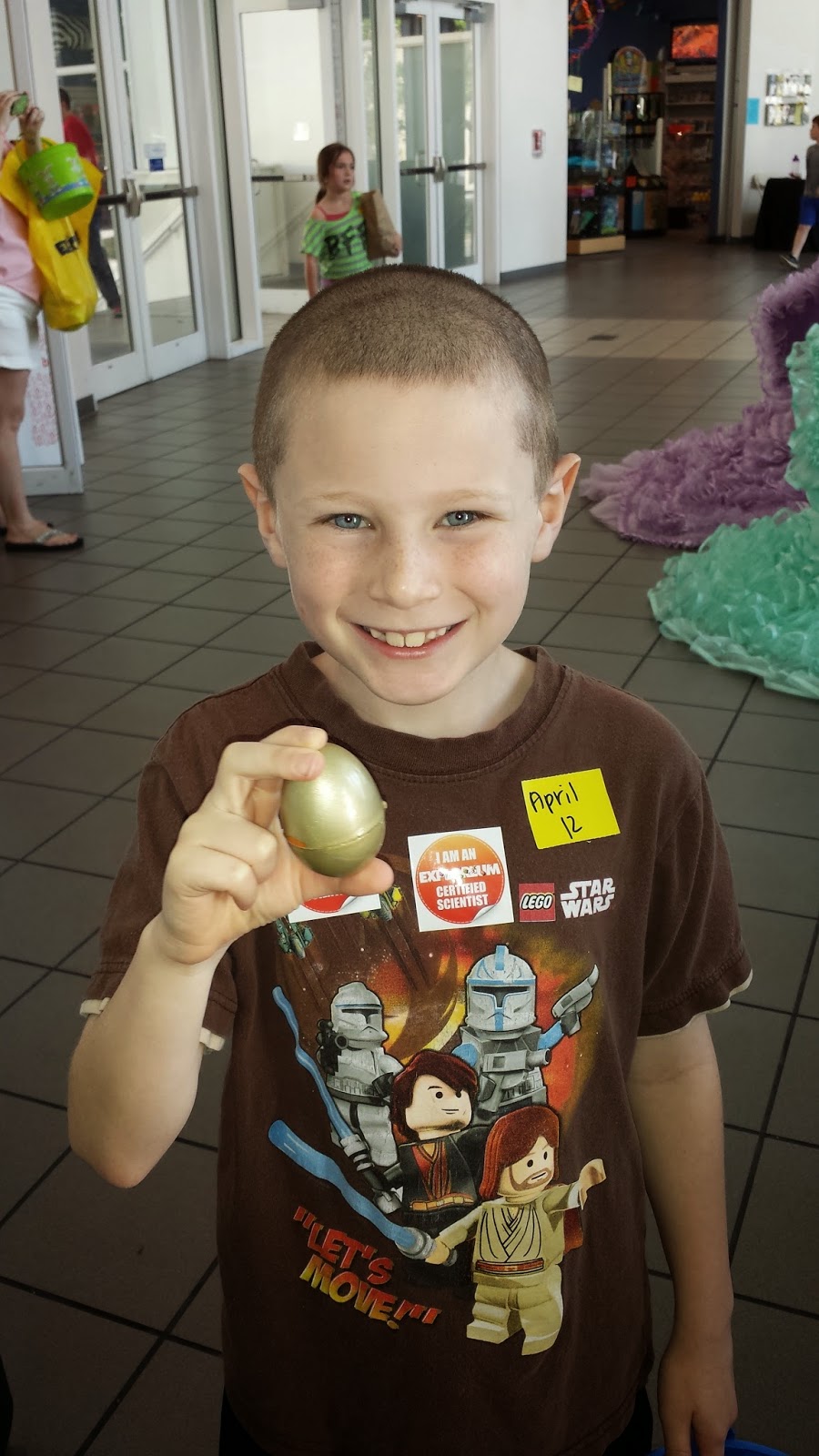 After the hunt we headed to find out what Hayden's prize would be. Here he is with some of the other golden egg finders! 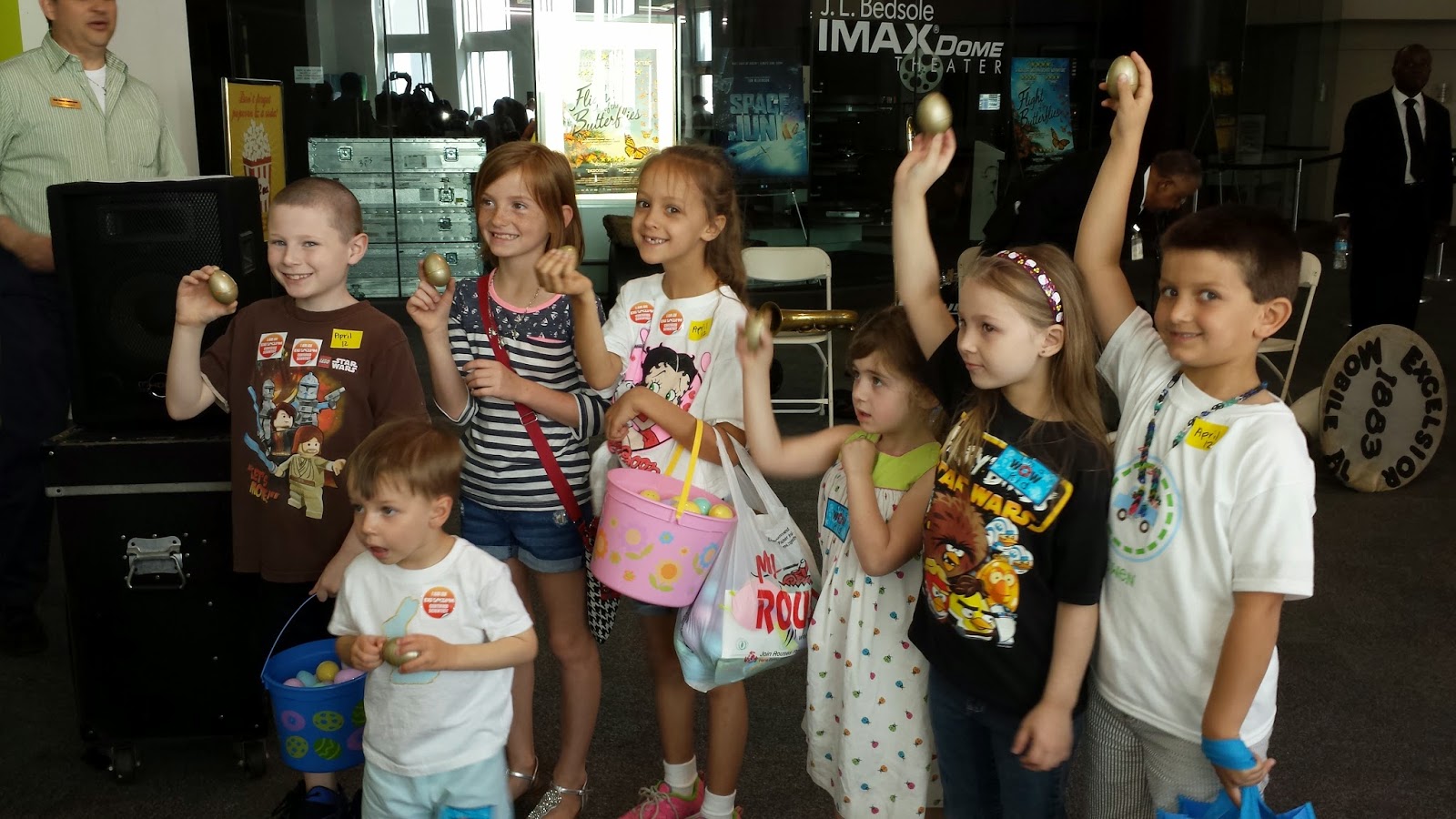 Each child who found a golden egg got an Easter Basket! They also got another prize depending on which number they had inside their egg. Some of the prizes were money to the gift shop, a week of summer camp, and one on one time with the scientist guys. When they got to Hayden's egg he won the grand prize...monarch butterfly luggage! He was excited (which I couldn't believe he was excited about luggage lol)! The luggage had a price tag on it that said it cost $329.99! Whoa! We felt like celebrities because the people at the Exploreum wanted a picture of Hayden and his family with the luggage! 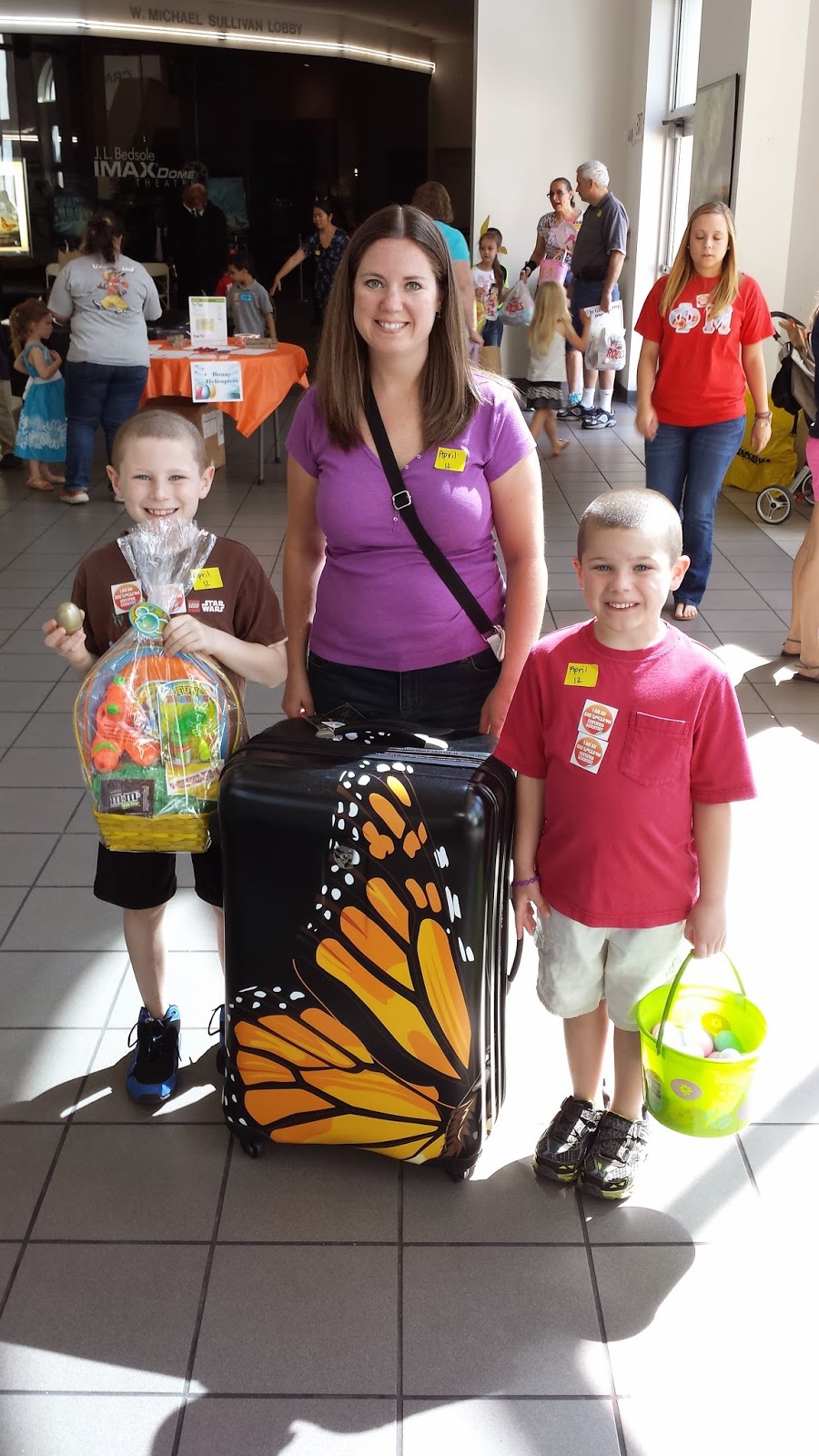 Then it was time for the raffle drawing! And Sawyer won a stuffed butterfly and two passes to come back to the Exploreum!!! It was my boys' lucky day! 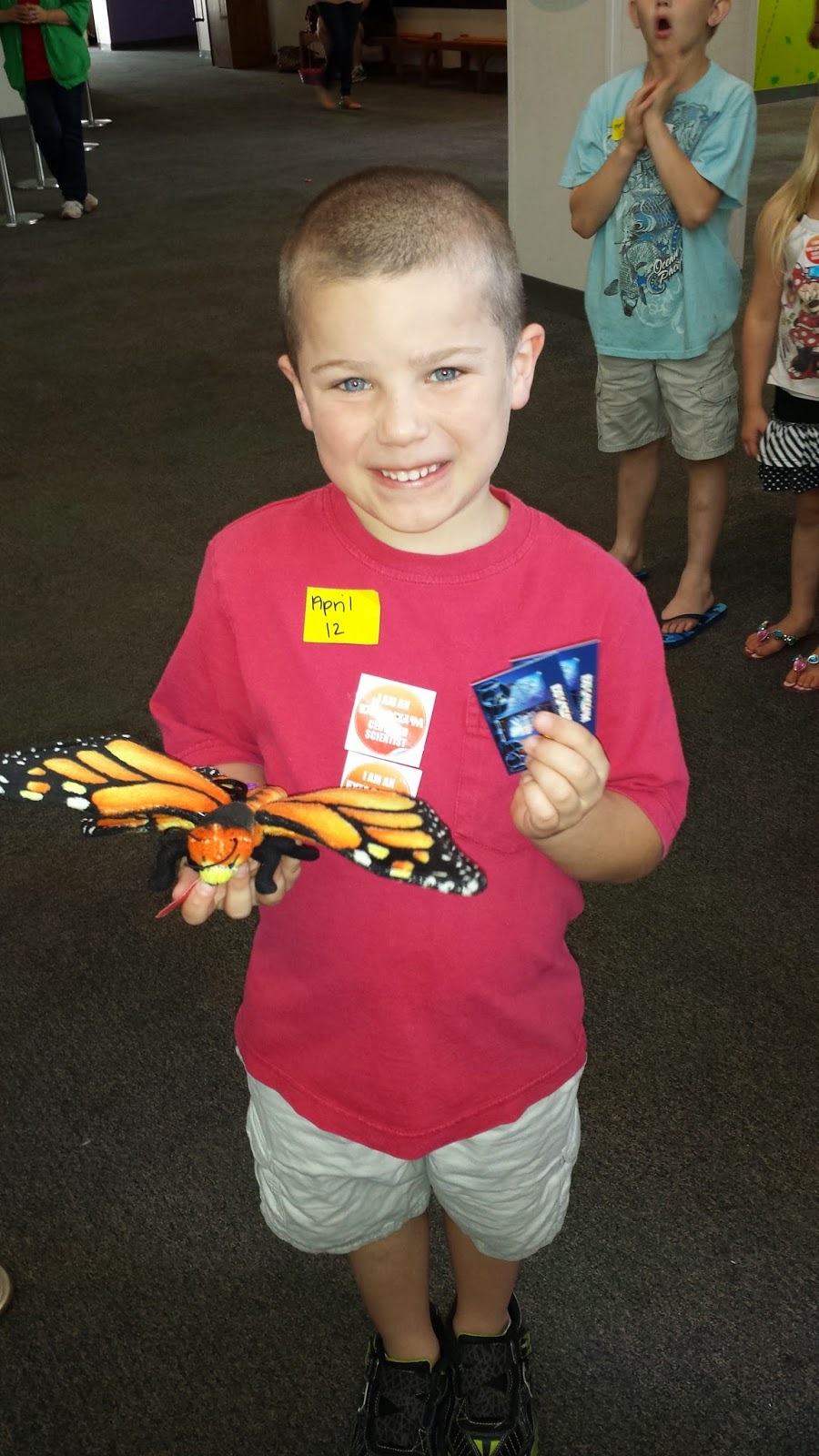 After the Easter festivities were over we walked around the Exploreum and the boys played. 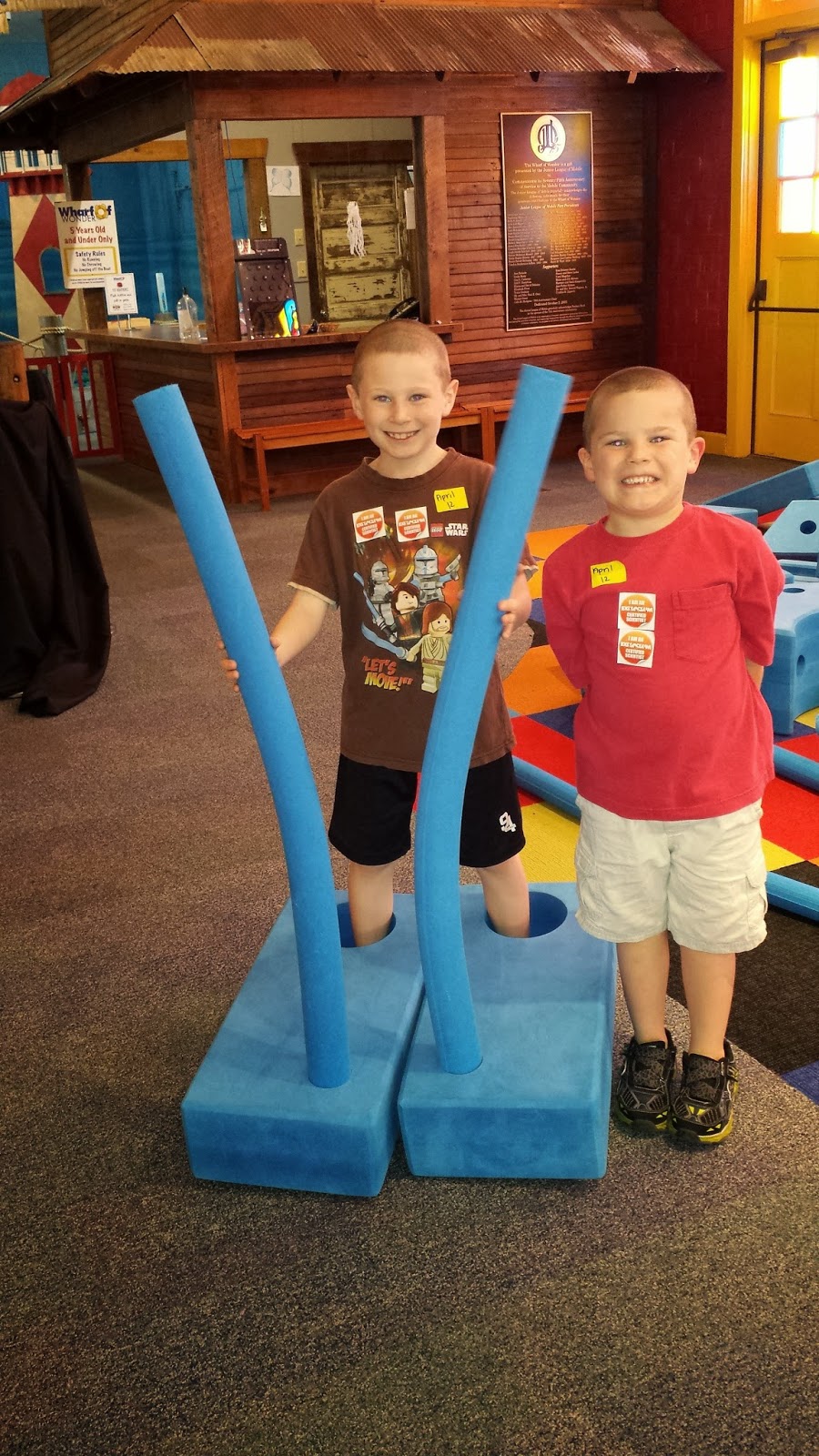 And I got to hang out with my Paigey! 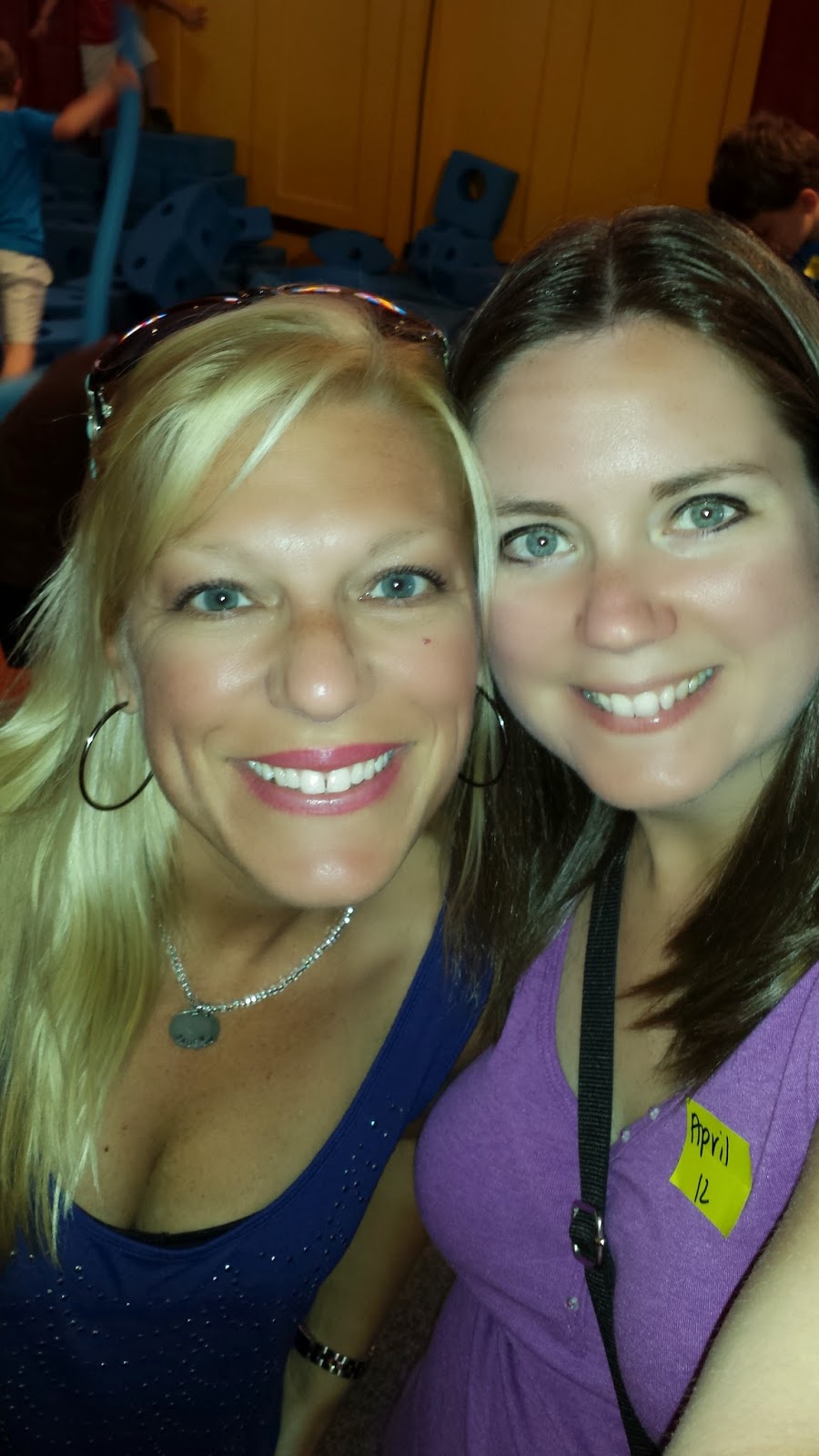 After the Exploreum we ate some lunch and then took the boys to the park and down by the bay to play! It was a fun day!

On Sunday we hung out with Paige and her boys again at the Strawberry Festival in one of the towns near us. The festival has fair rides for the kids and craft booths for the adults! The boys had a blast riding rides! 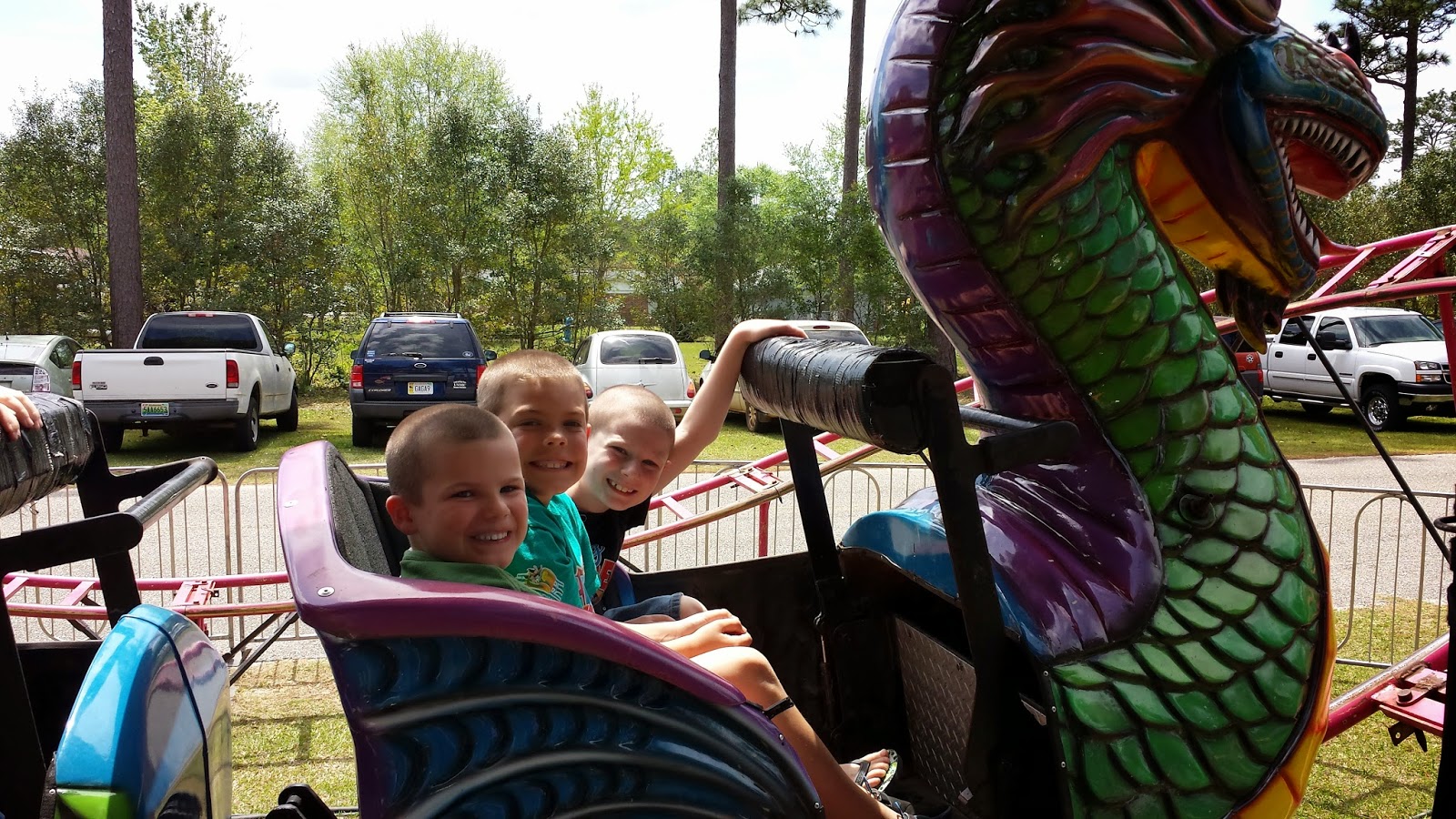 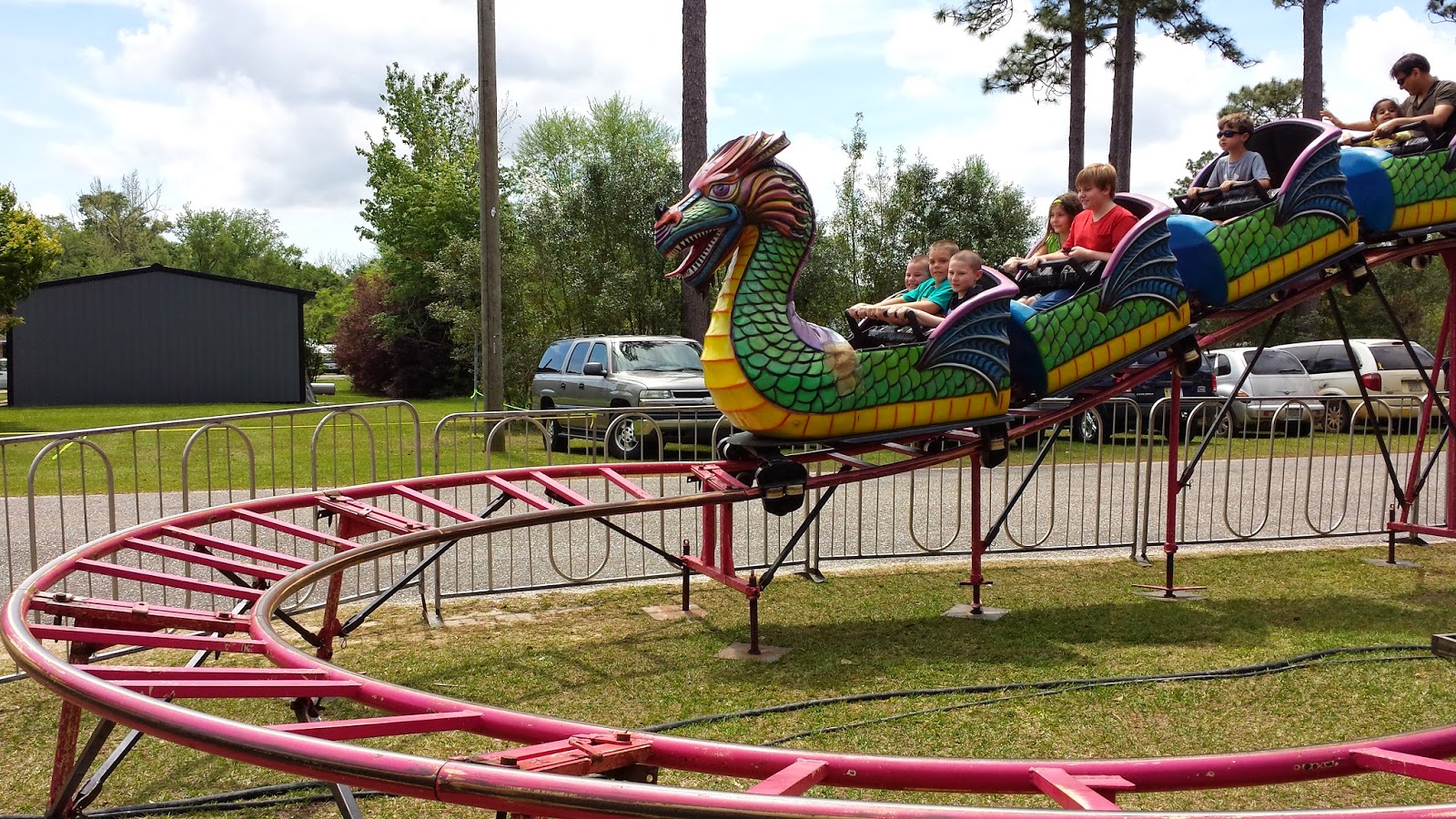 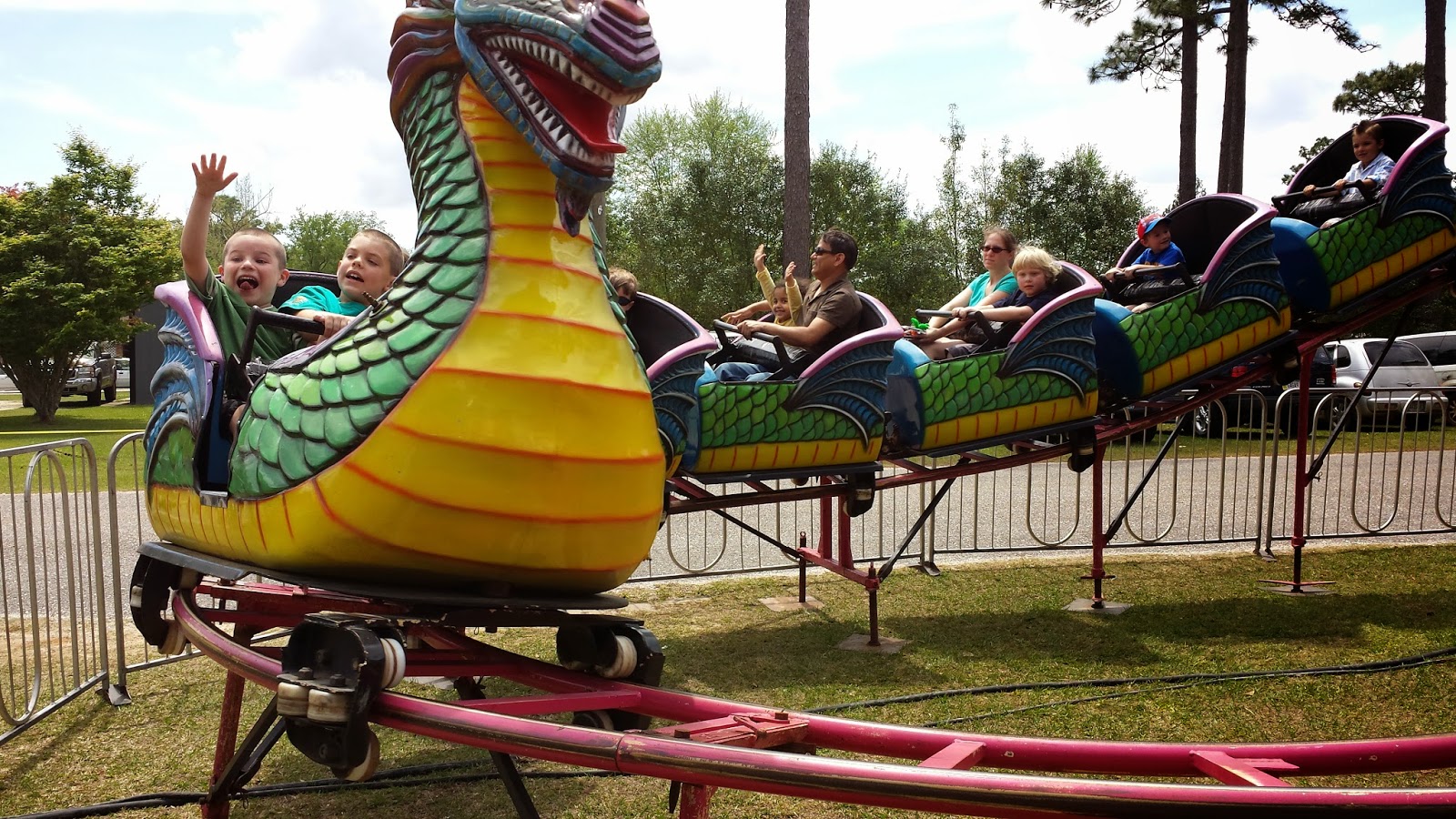 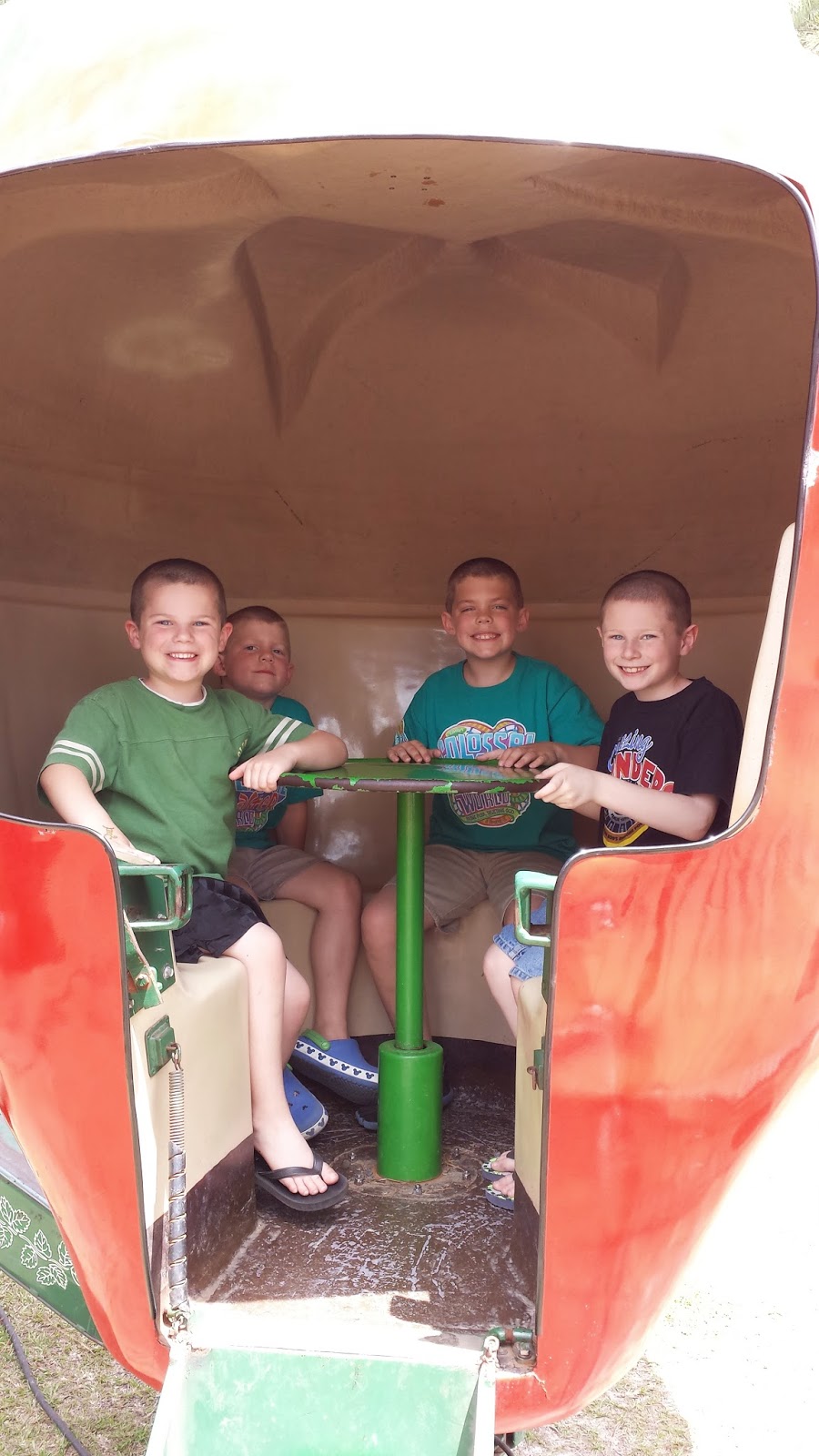 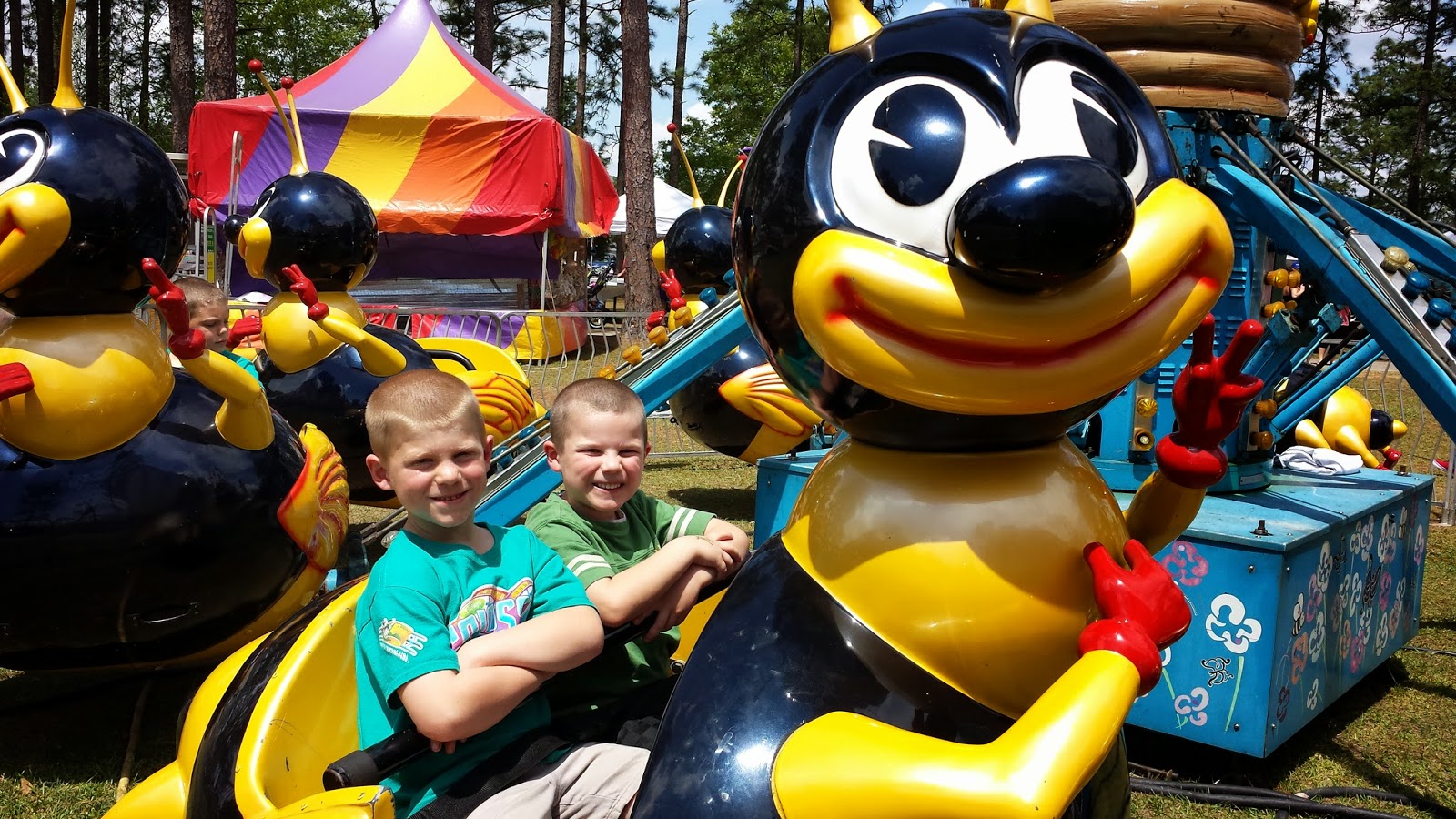 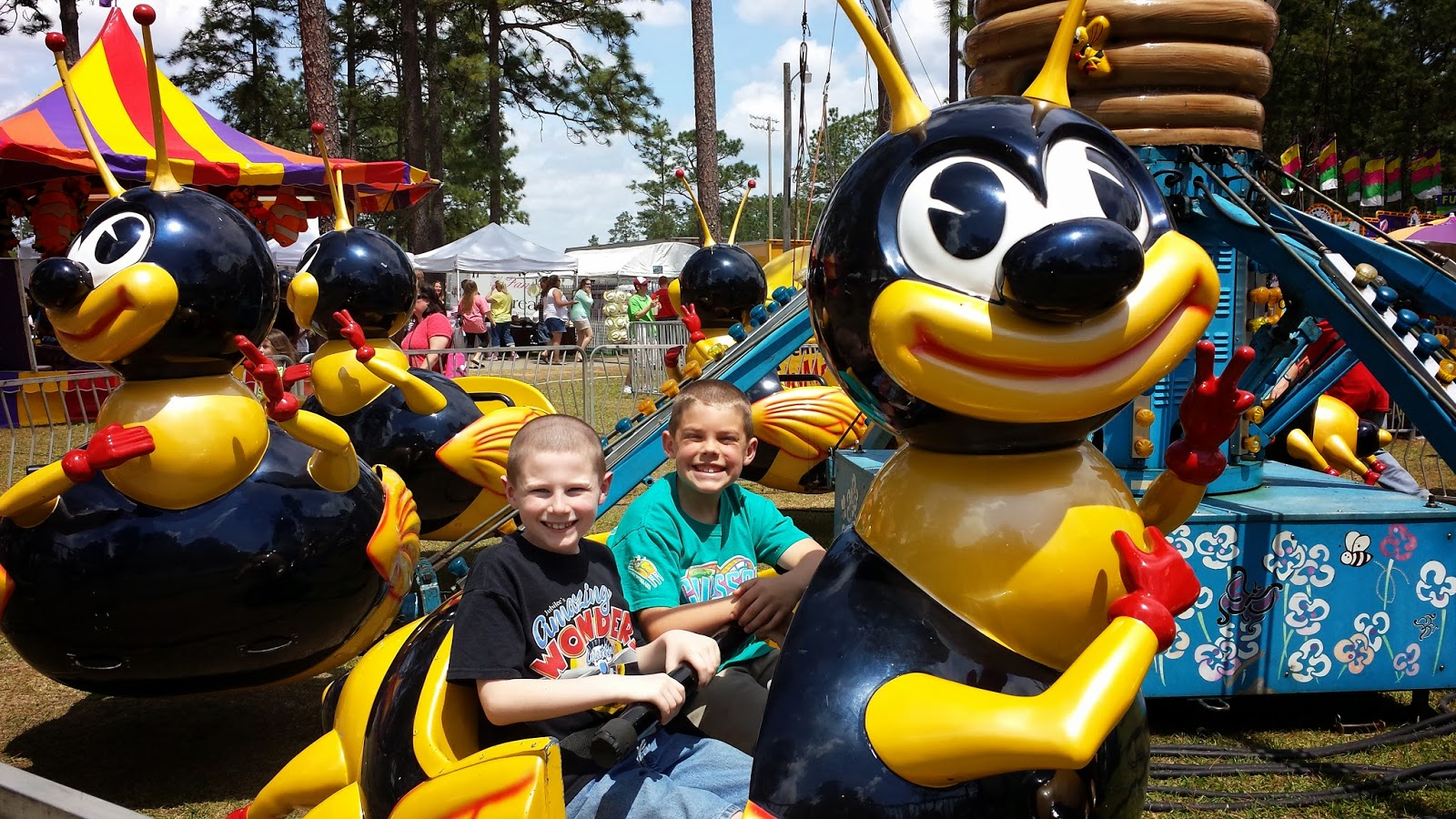 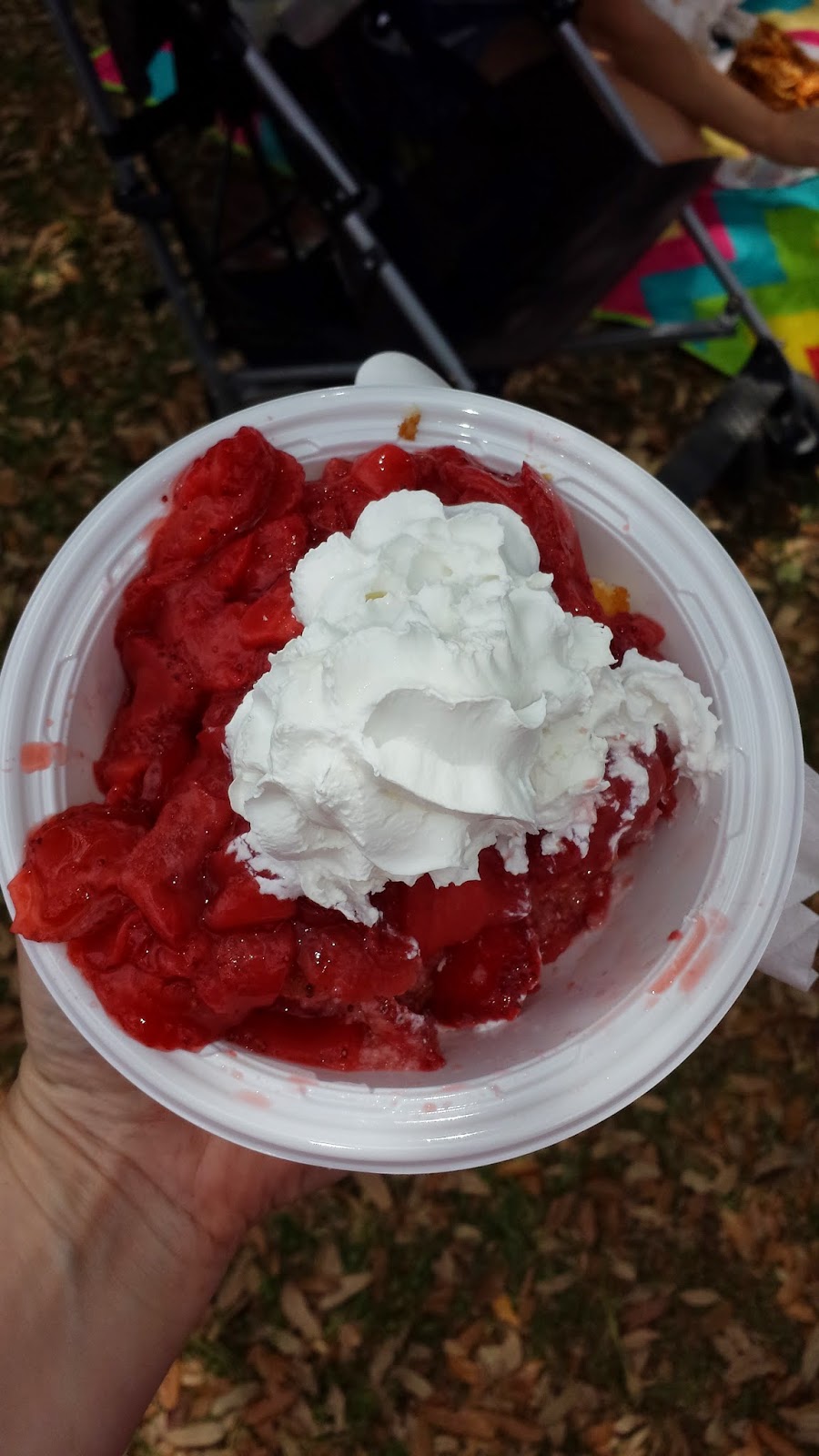 It was a fun time with friends and family!!! 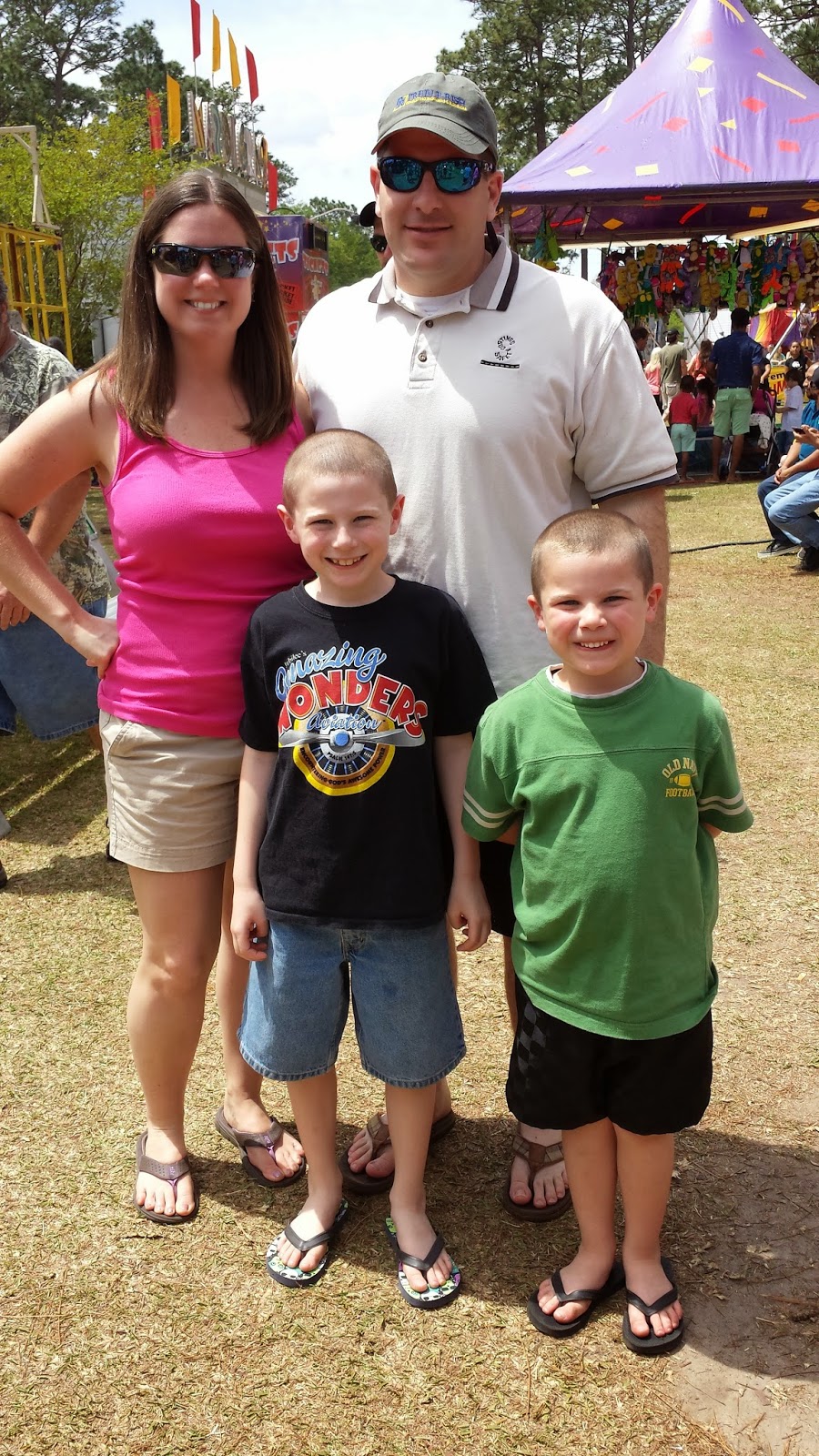 After the Strawberry Festival we took the boys to the park to play. Then I had a 3 mile walk around the neighborhood!

It was a fun weekend out in the spring weather!

QOTD: Do you have spring weather yet? Or is it still cold where you live?