I took SOOO many pictures (833 to be exact and that doesn't include my running selfies) while in California! A lot of these pictures were of the landscape or just things in general that were different than what I see here on the Gulf Coast. I want to share some of these pictures with you!

I was amazed at these! I took so many pictures of them! What surprised me the most was how dry it was in California. They do not get a lot of rain (which is weird to this Gulf Coast girl who is used to at least one rain shower every day in the summertime). The grass on the mountains looked the color of hay. And a lot of the mountains had very few trees on them. They were beautiful though! I couldn't get enough of them and think Californians are definitely blessed to be able to look at them every day! 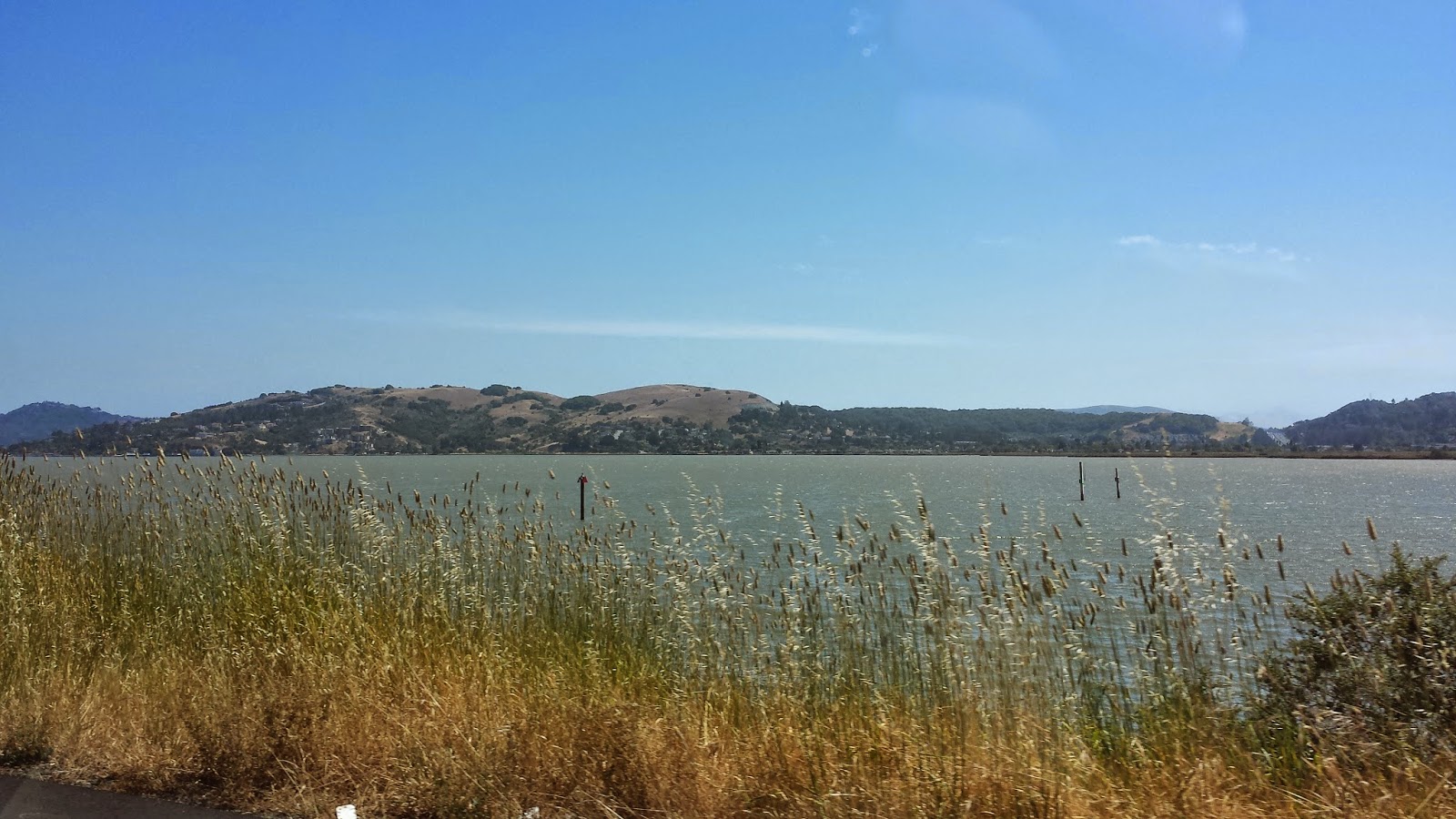 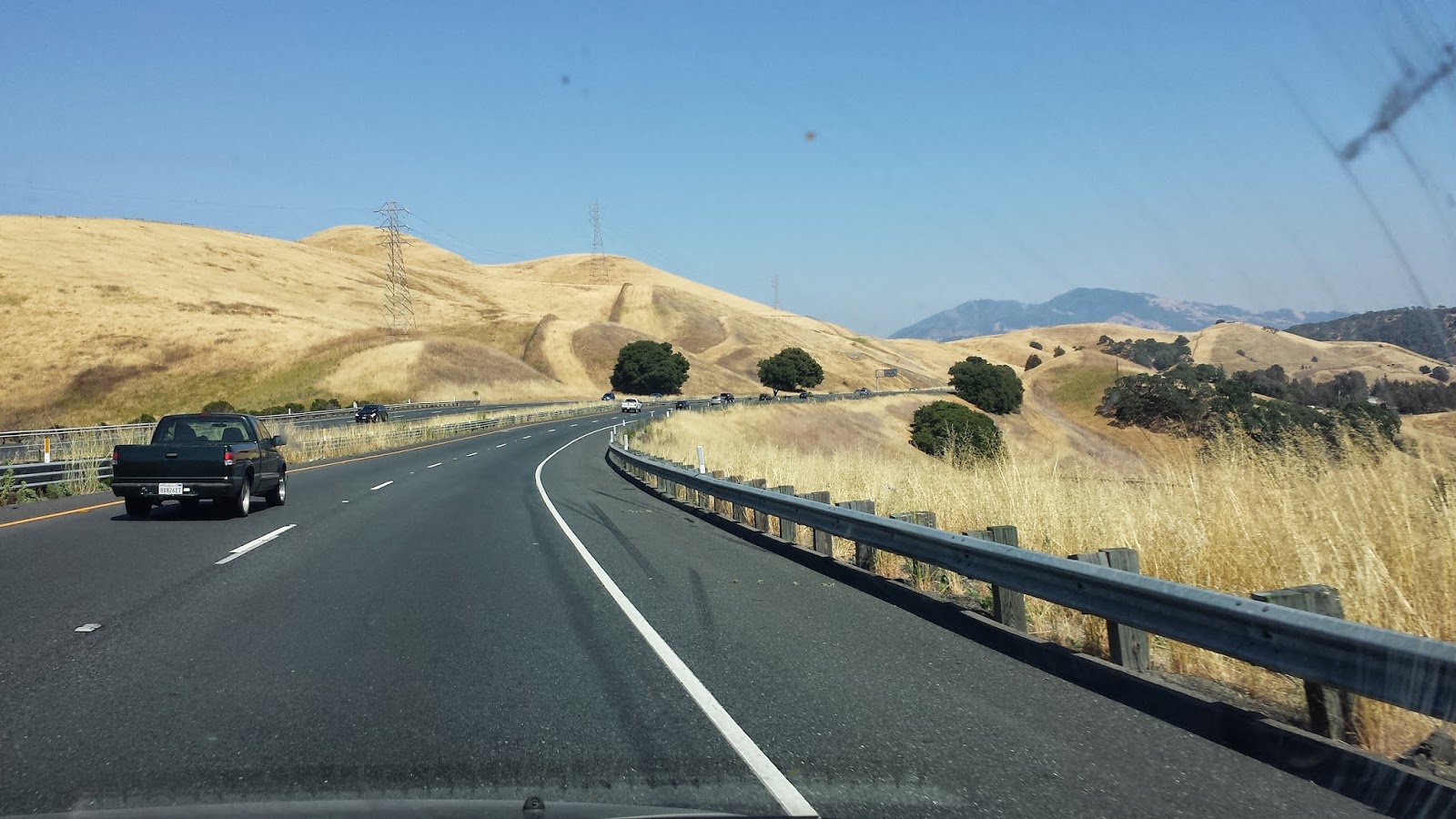 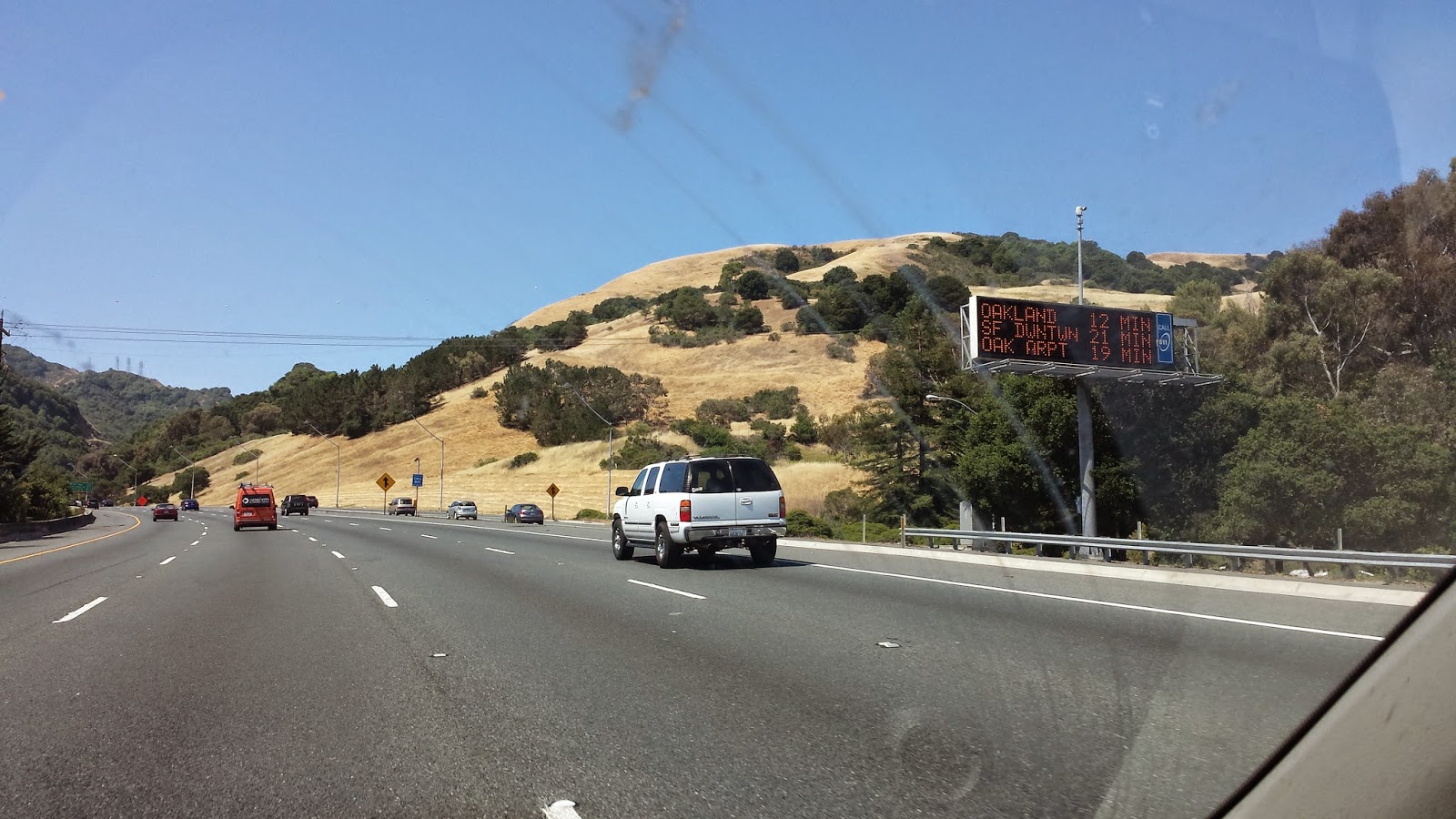 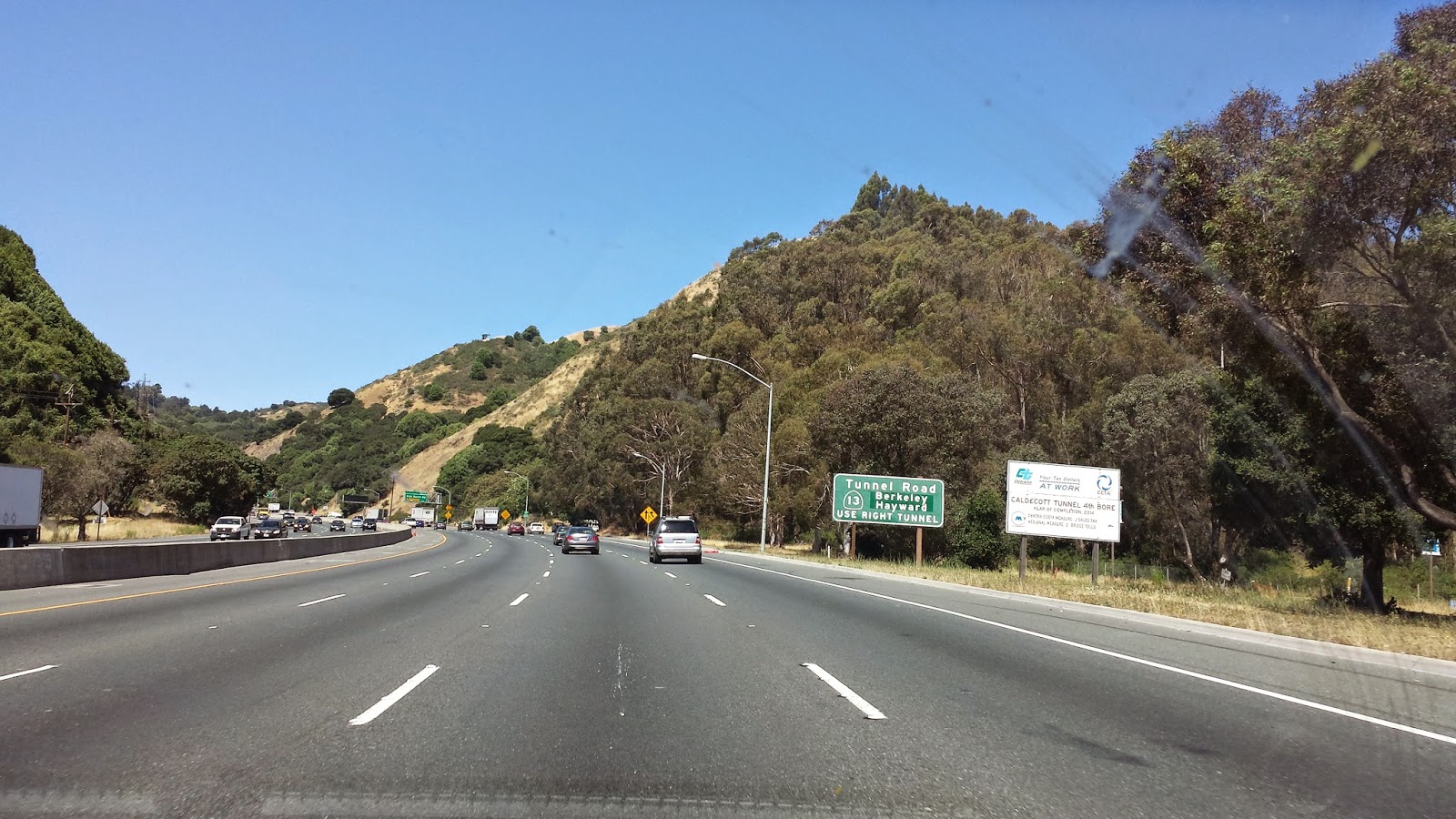 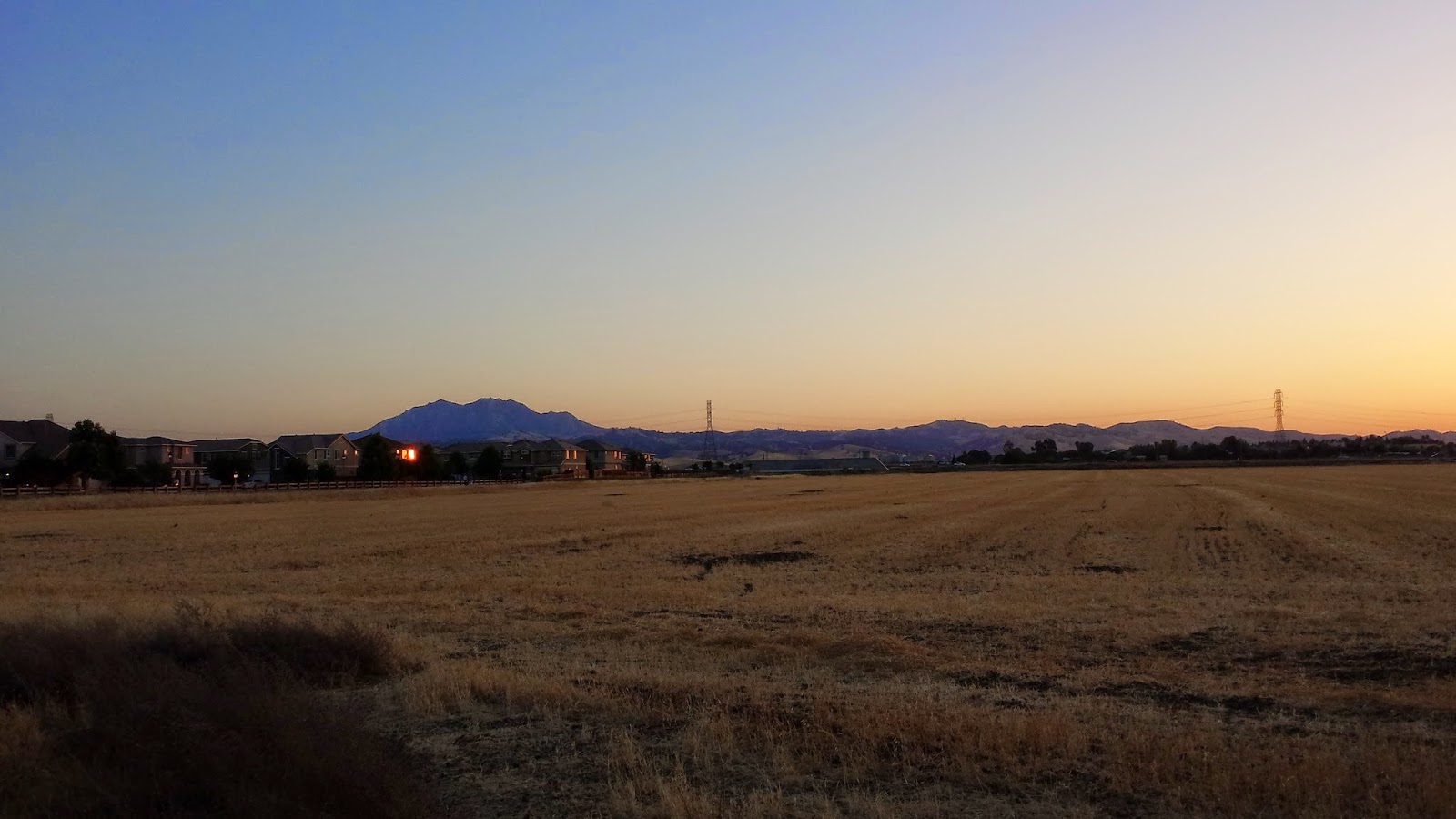 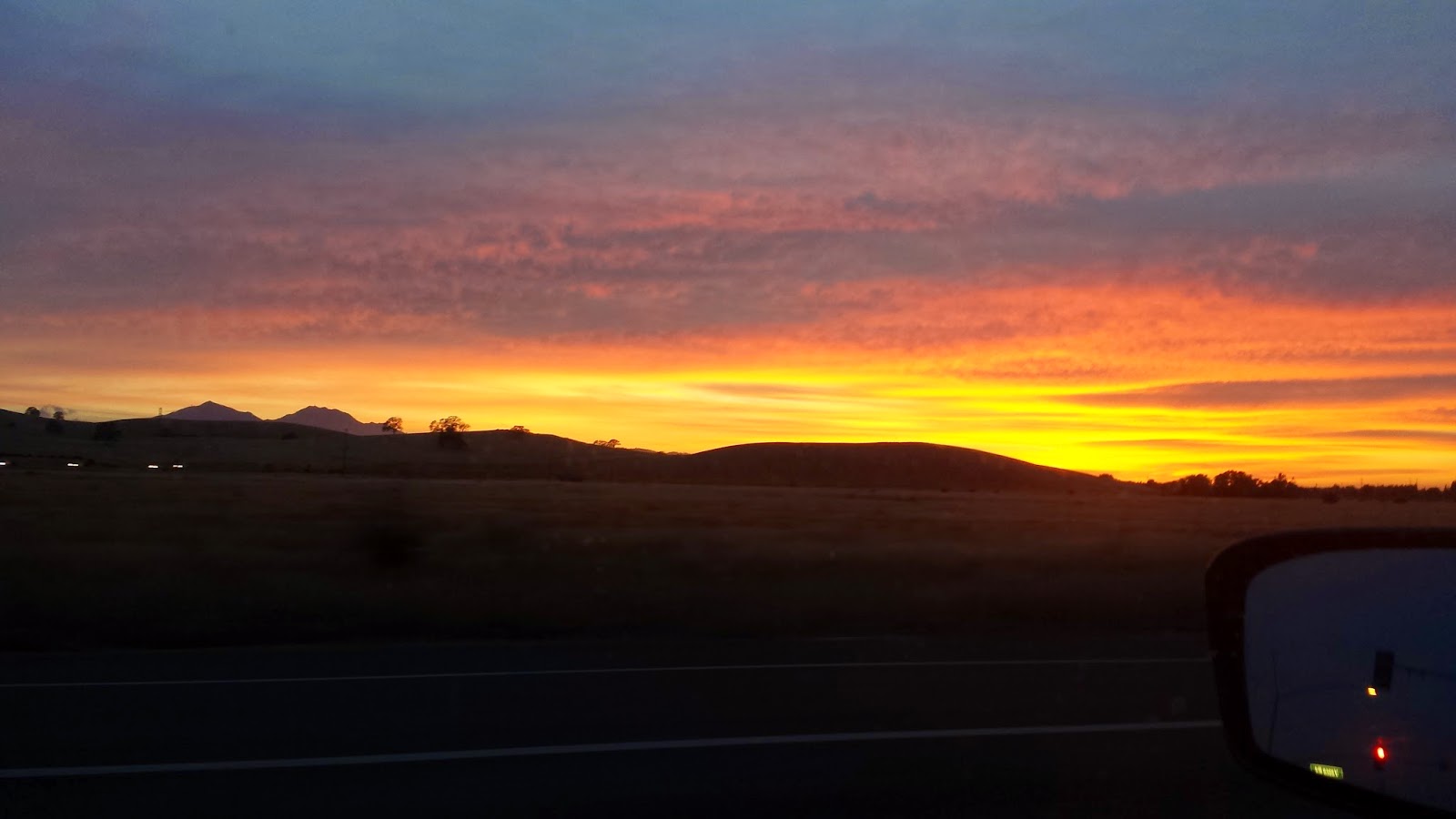 There are no windmills where I live! I was amazed at how many I saw in California! I guess they rely on solar power quite a bit for their electricity. I also saw solar panels on several houses and even over a parking lot at a high school! But I also learned that it is VERY expensive to live in California. My friend Stephanie said her power bill could average about $900 a month! That's crazy to me whose average power bill is around $150 a month! 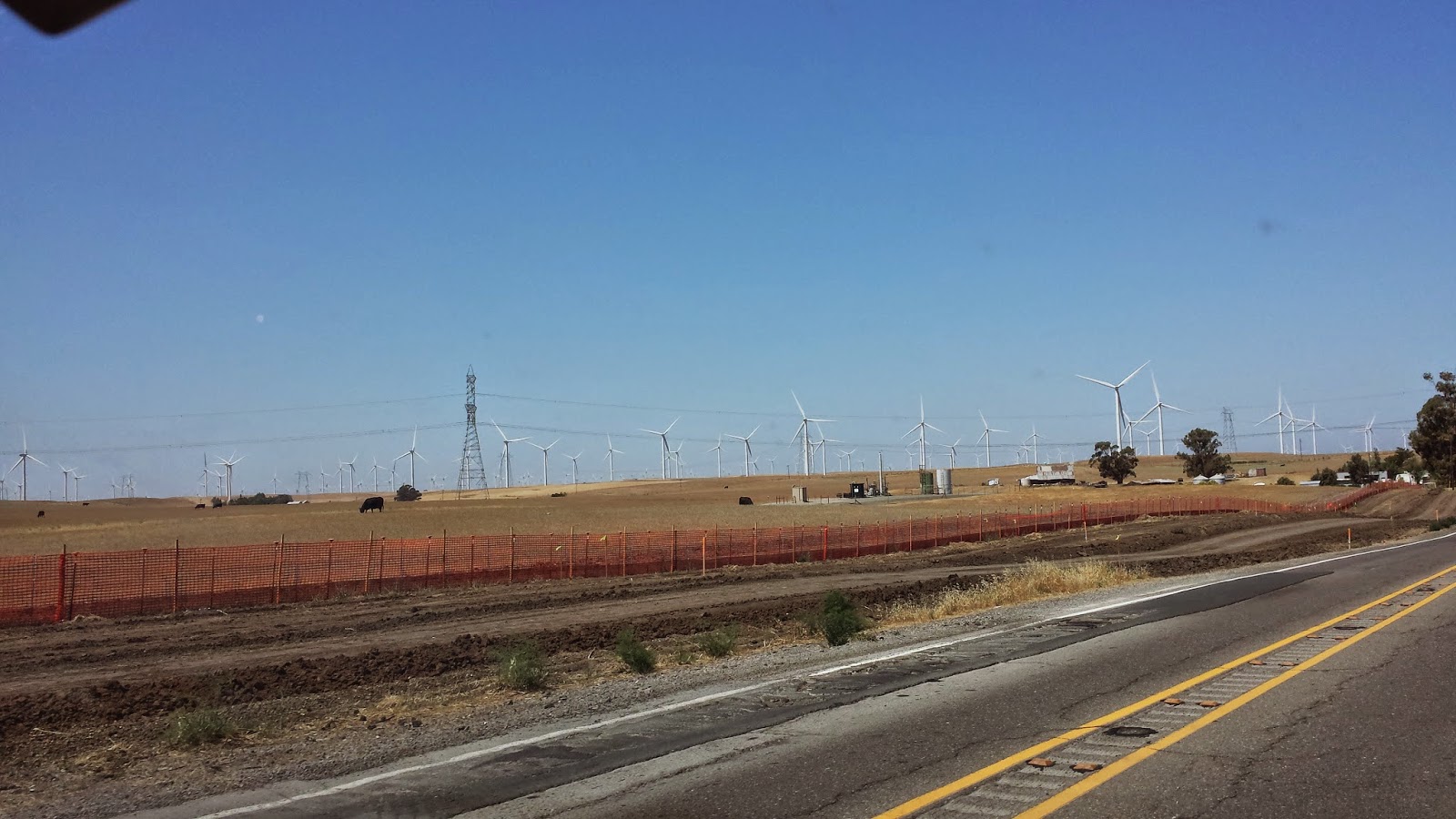 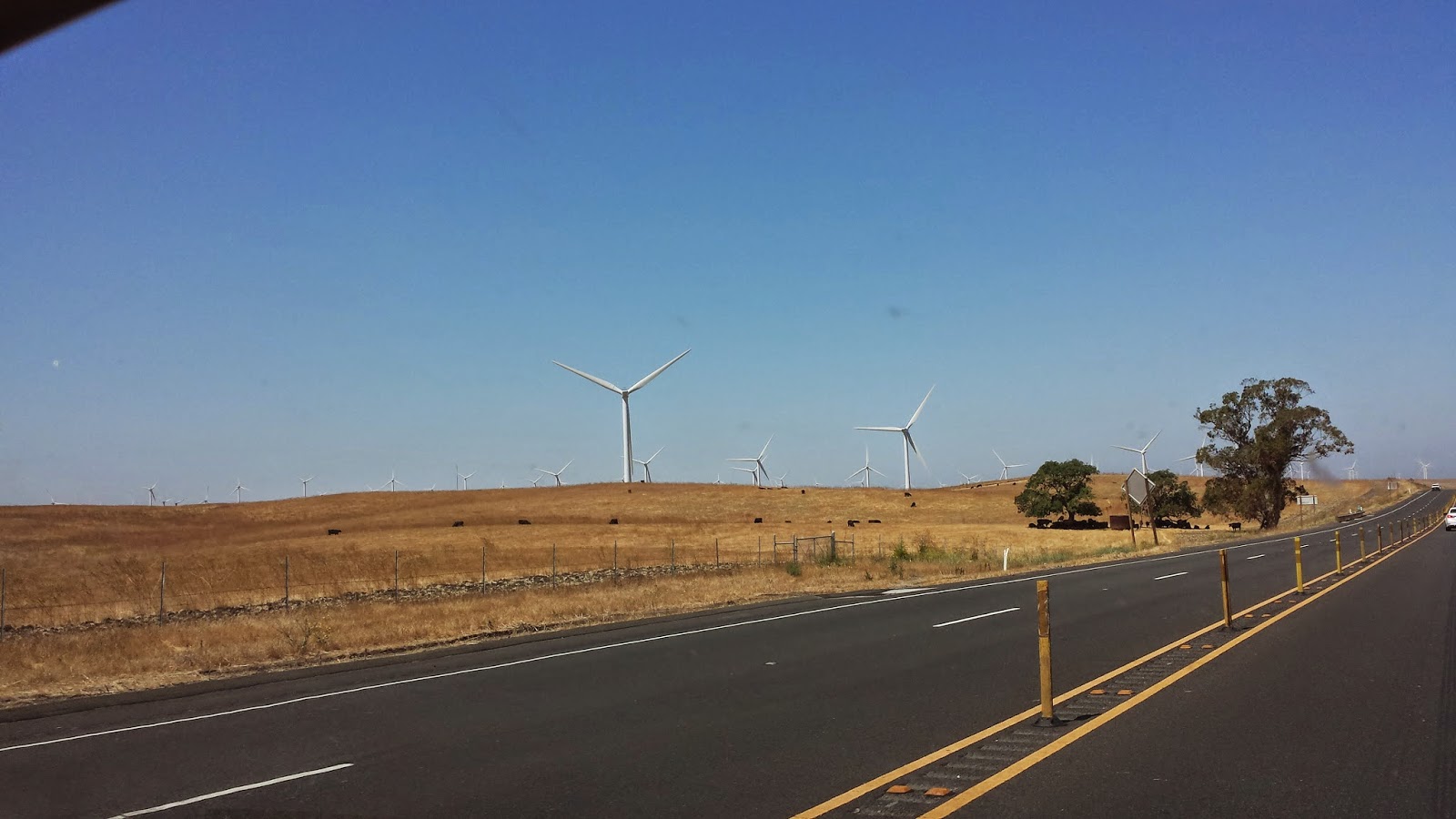 I renamed these trees "Dr. Seuss trees" because they reminded me of trees you would see in a Dr. Seuss book! Can you tell I'm a preschool teacher??? Lol! I LOVED these trees! They were everywhere! People use them as screens between their properties. They were just so different than the trees we have around here. 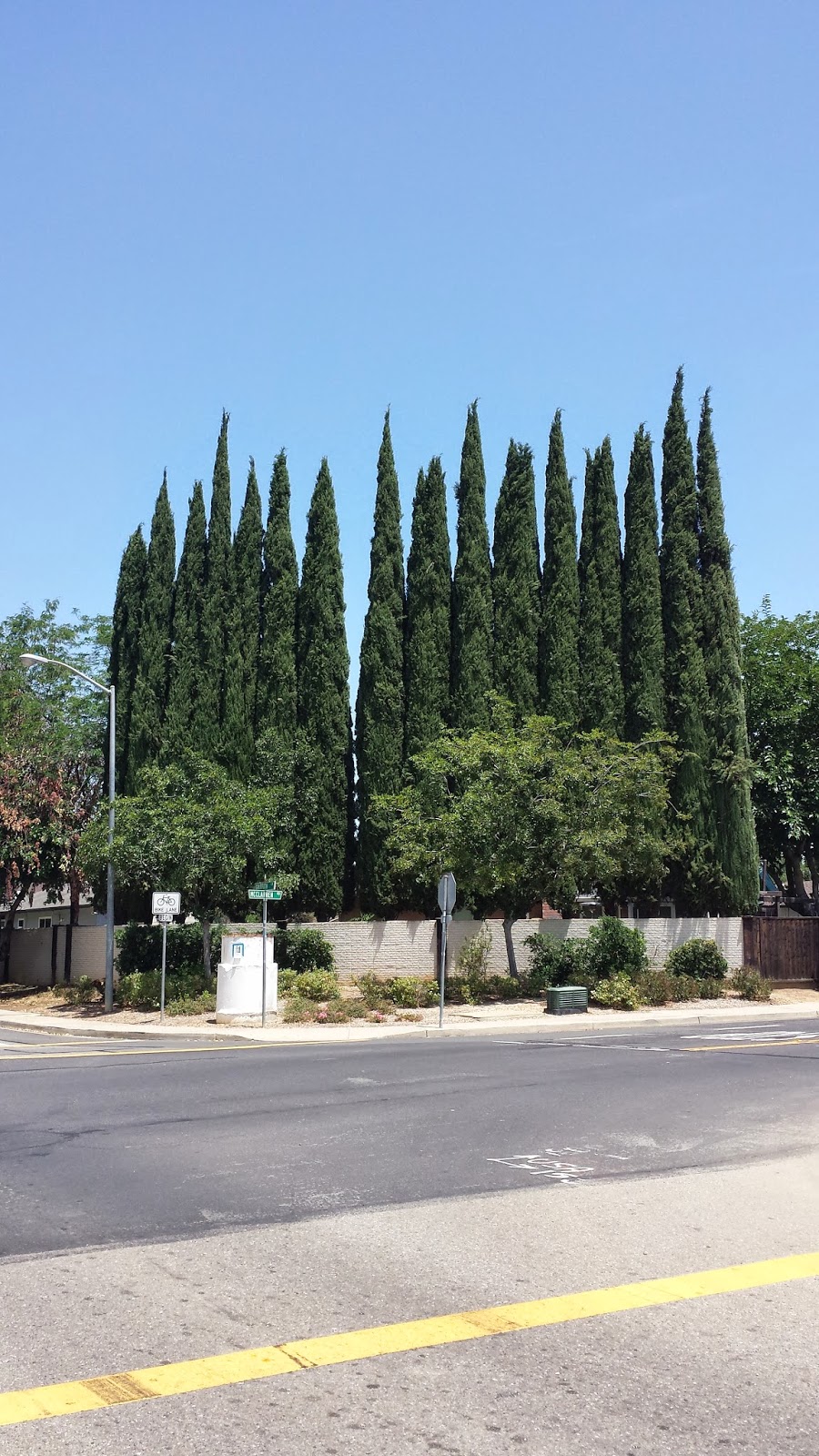 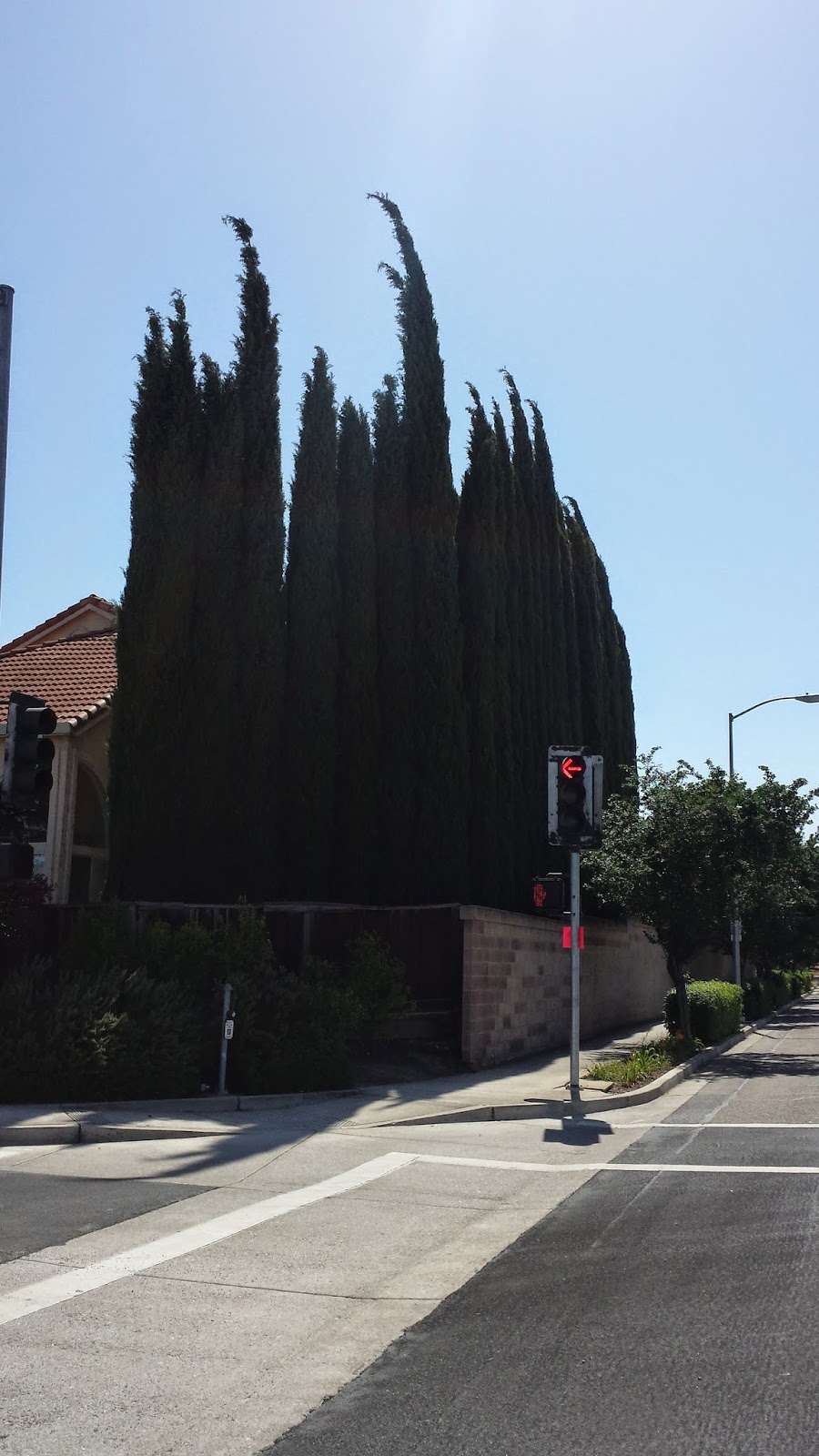 I was told that I couldn't leave California without eating at In-N-Out! So my second night there I did just that. And it was very tasty! I loved how fresh the food was! And I LOVED watching them hand cut the fries while I waited on my food. Definitely yummy! People must love it there because I saw In-N-Out everywhere! 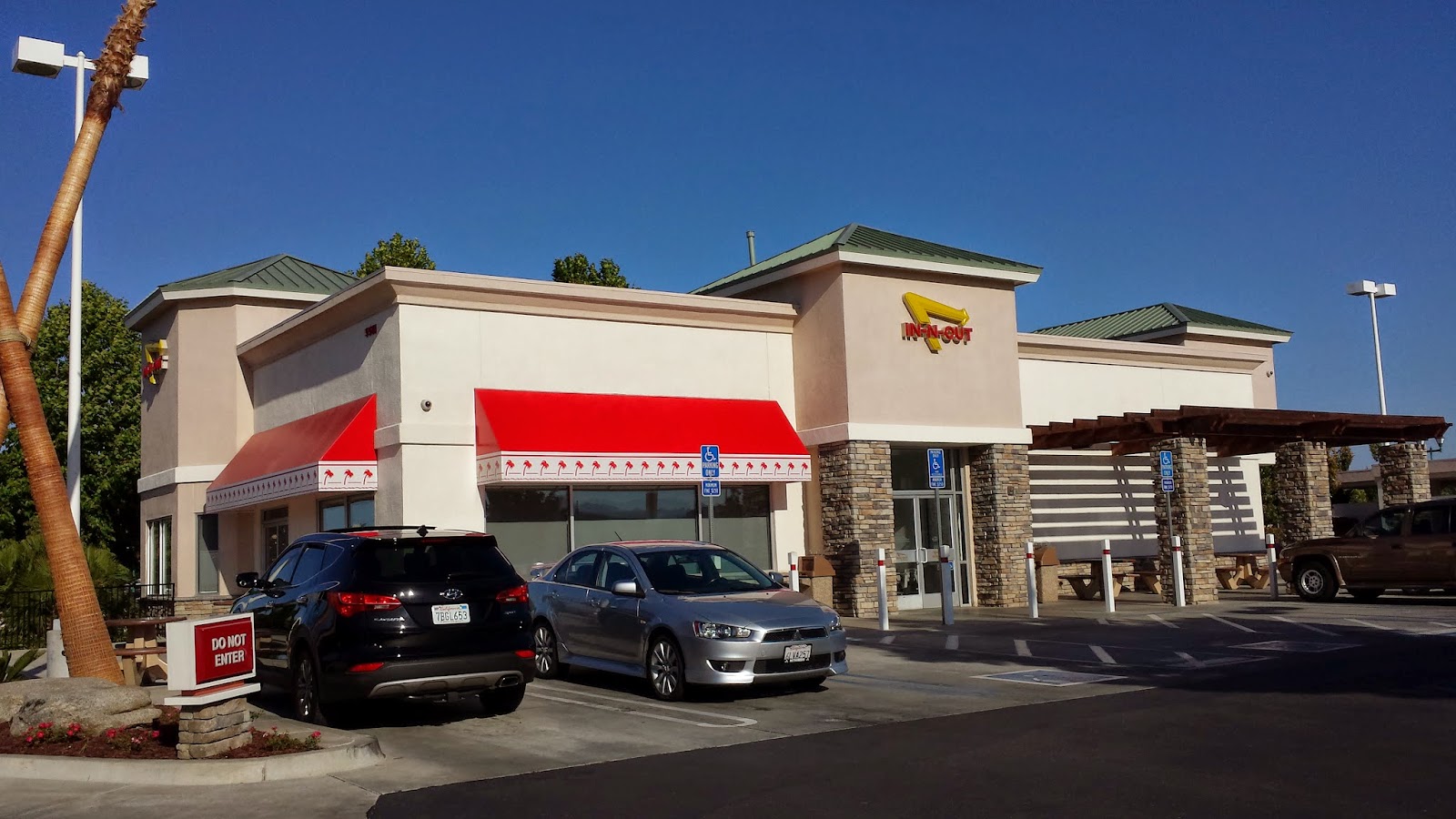 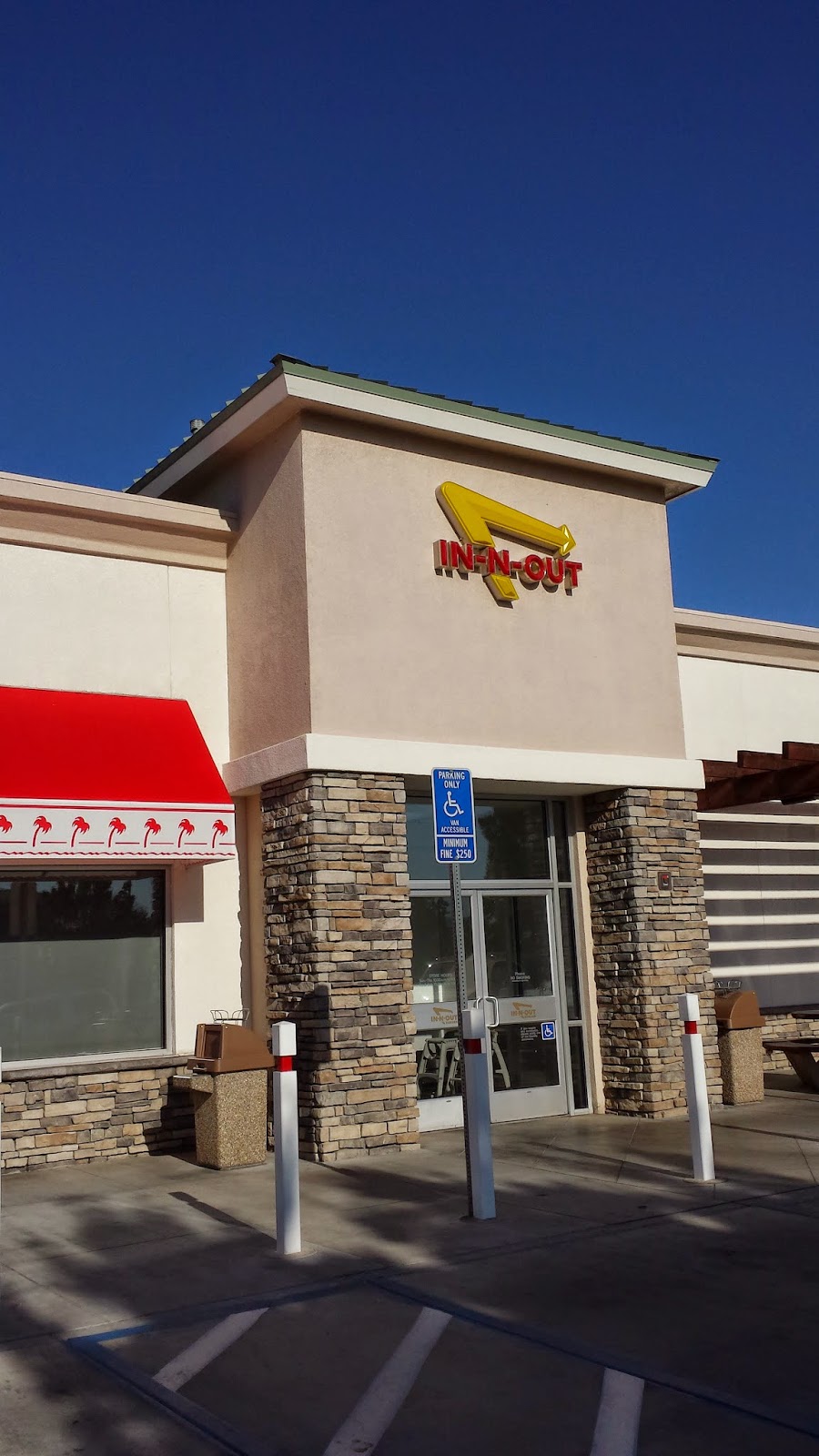 Rocks in the landscaping!

I know this is a weird one but everywhere around here is landscaped with grass or some type of mulch. I guess since it's so dry in California they use rocks instead! And I'm sure rocks are plentiful in those mountains! (Oh yeah..check out those gas prices too...yikes! Gas here is $3.45!) 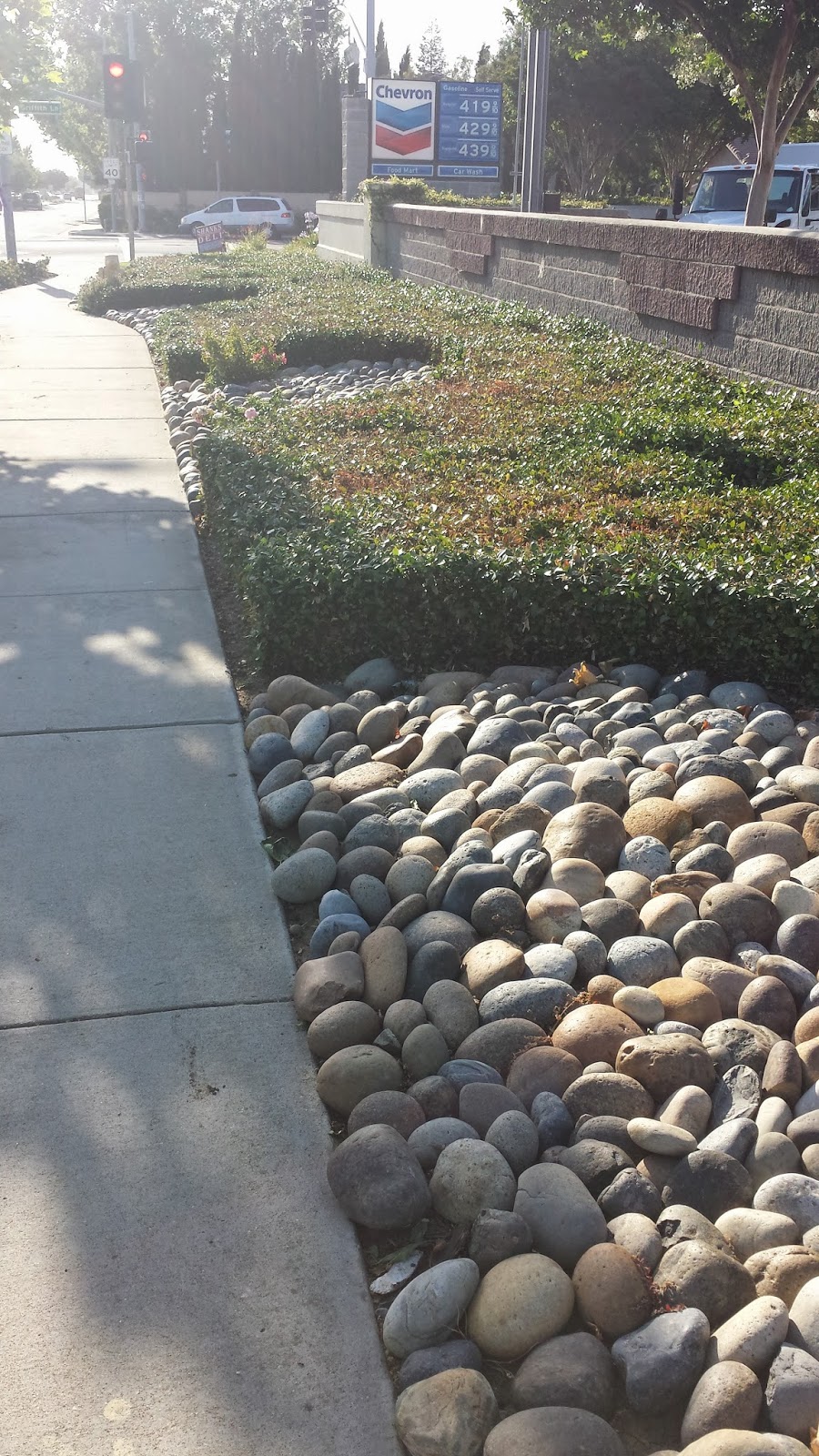 GORGEOUS ocean views with the mountains in the background!

California has the best of both worlds! You have the beach AND the mountains! It's breathtakingly gorgeous and my pictures do not do it even an ounce of justice! 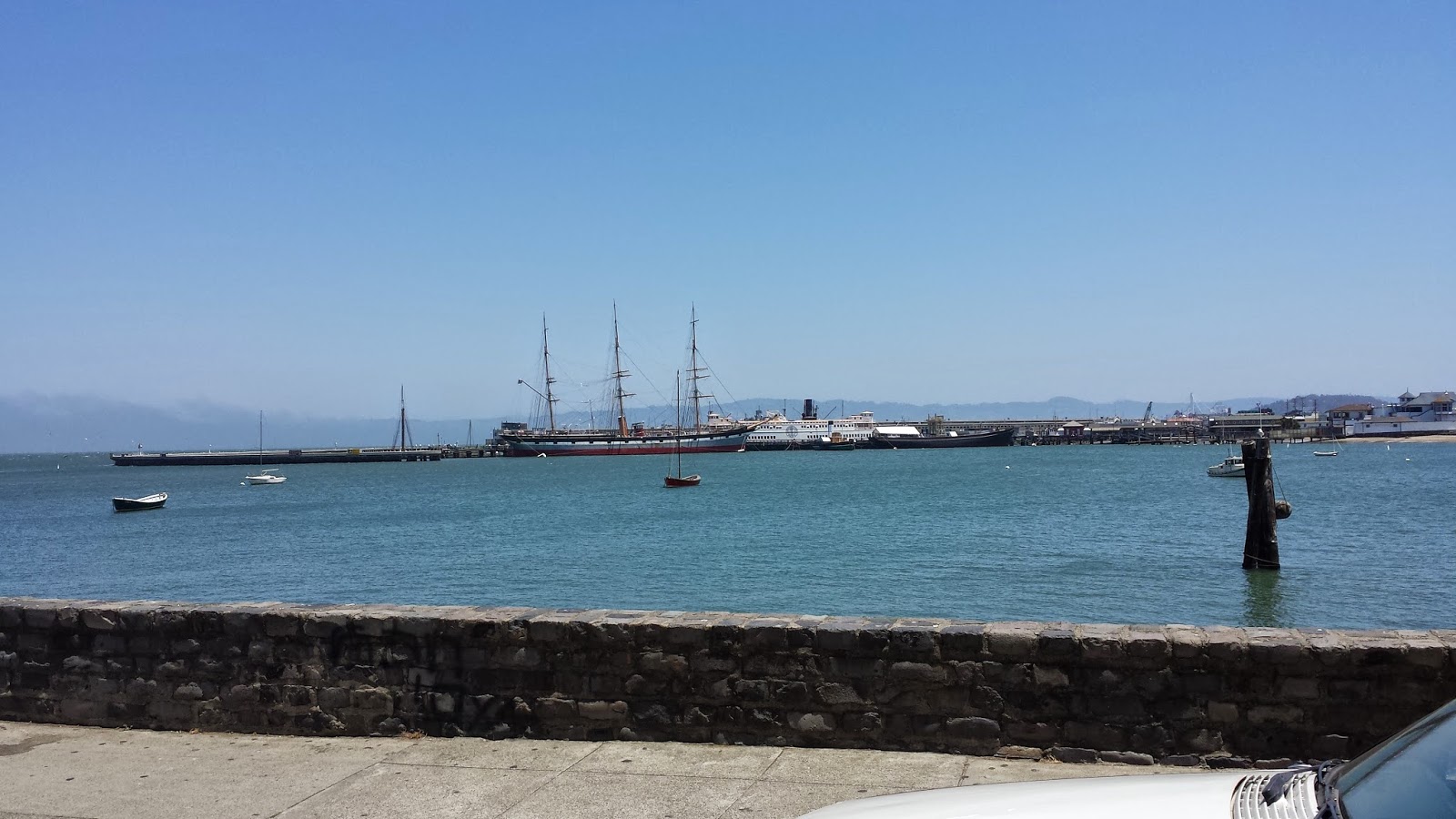 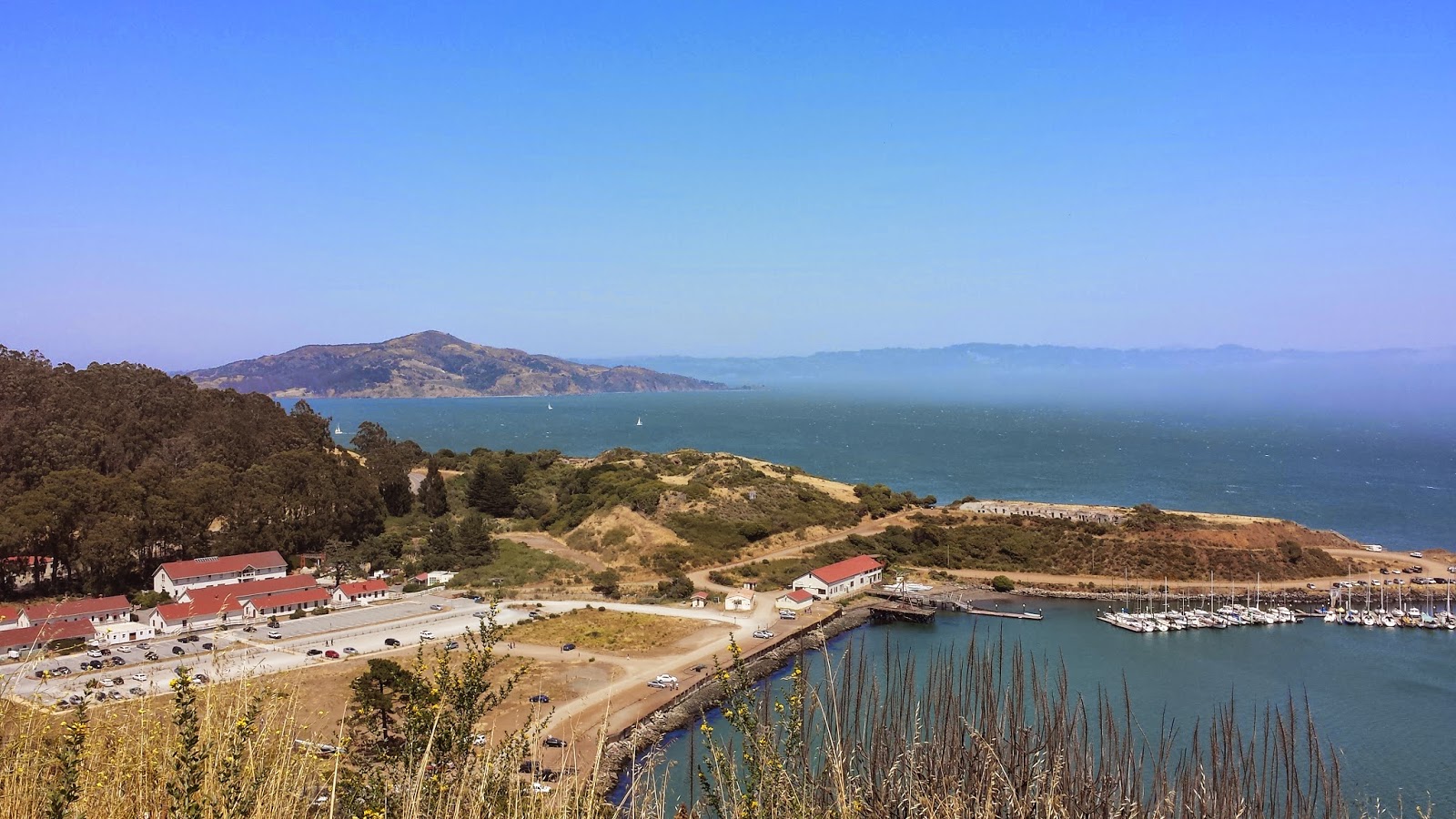 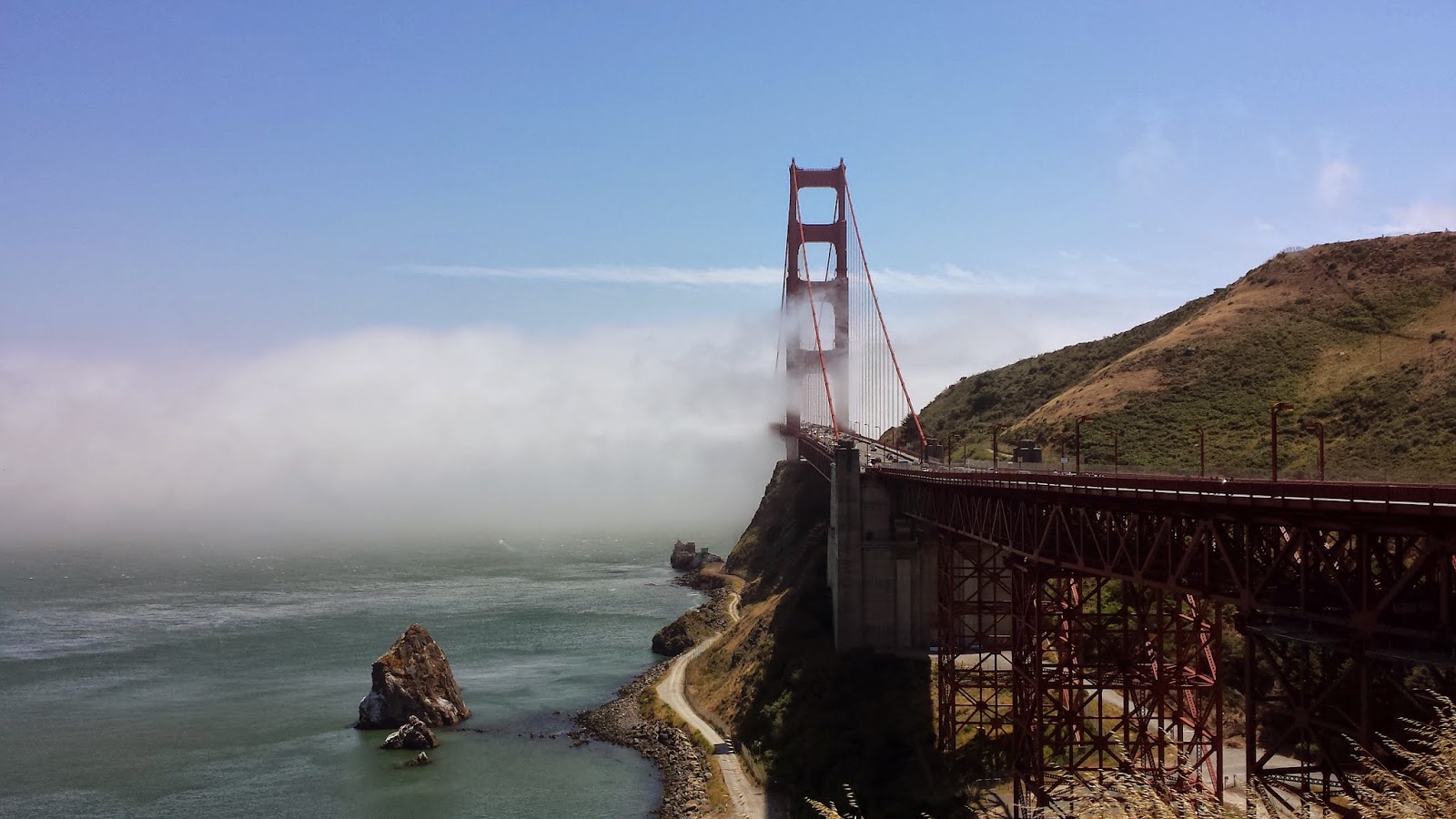 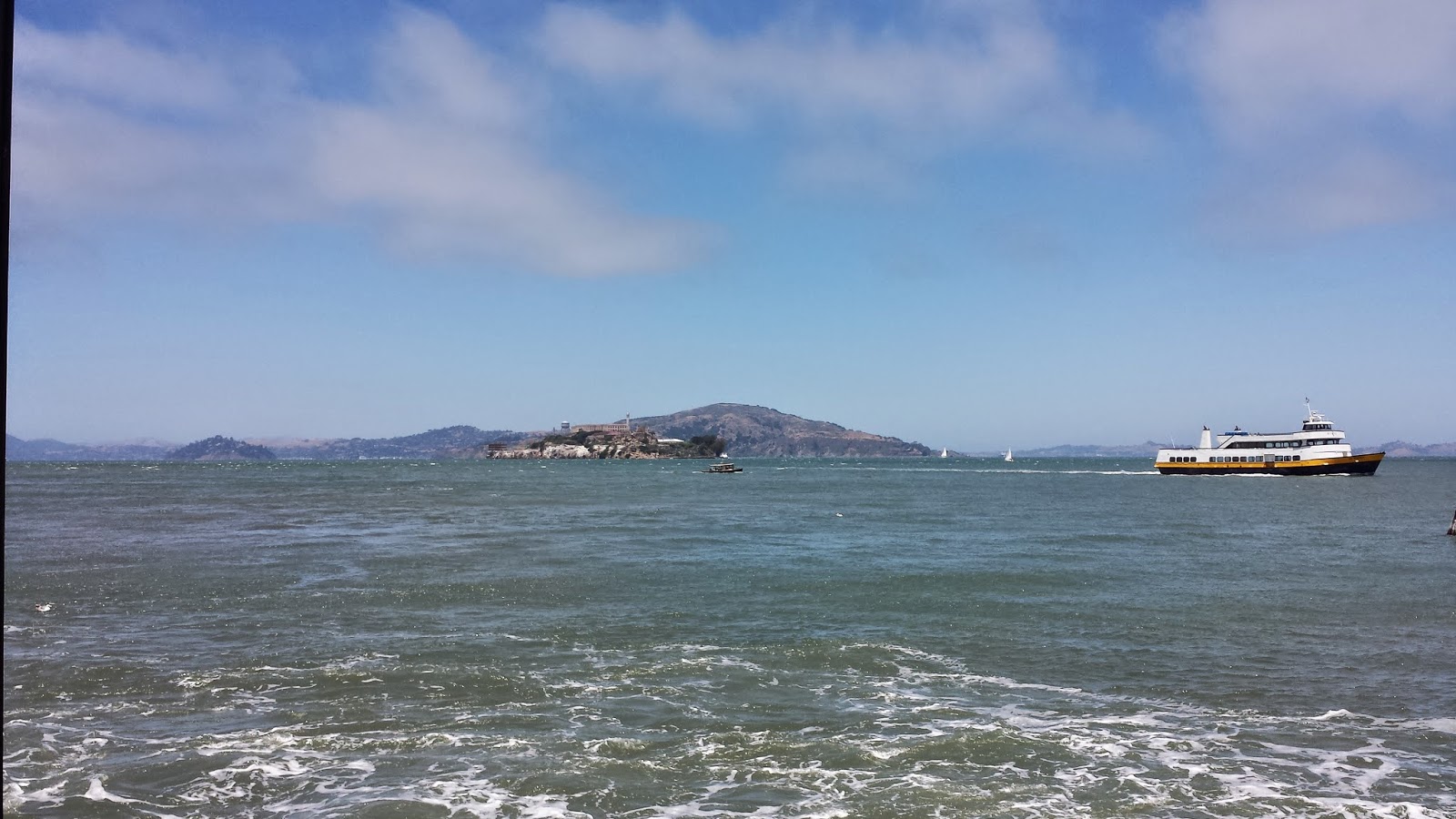 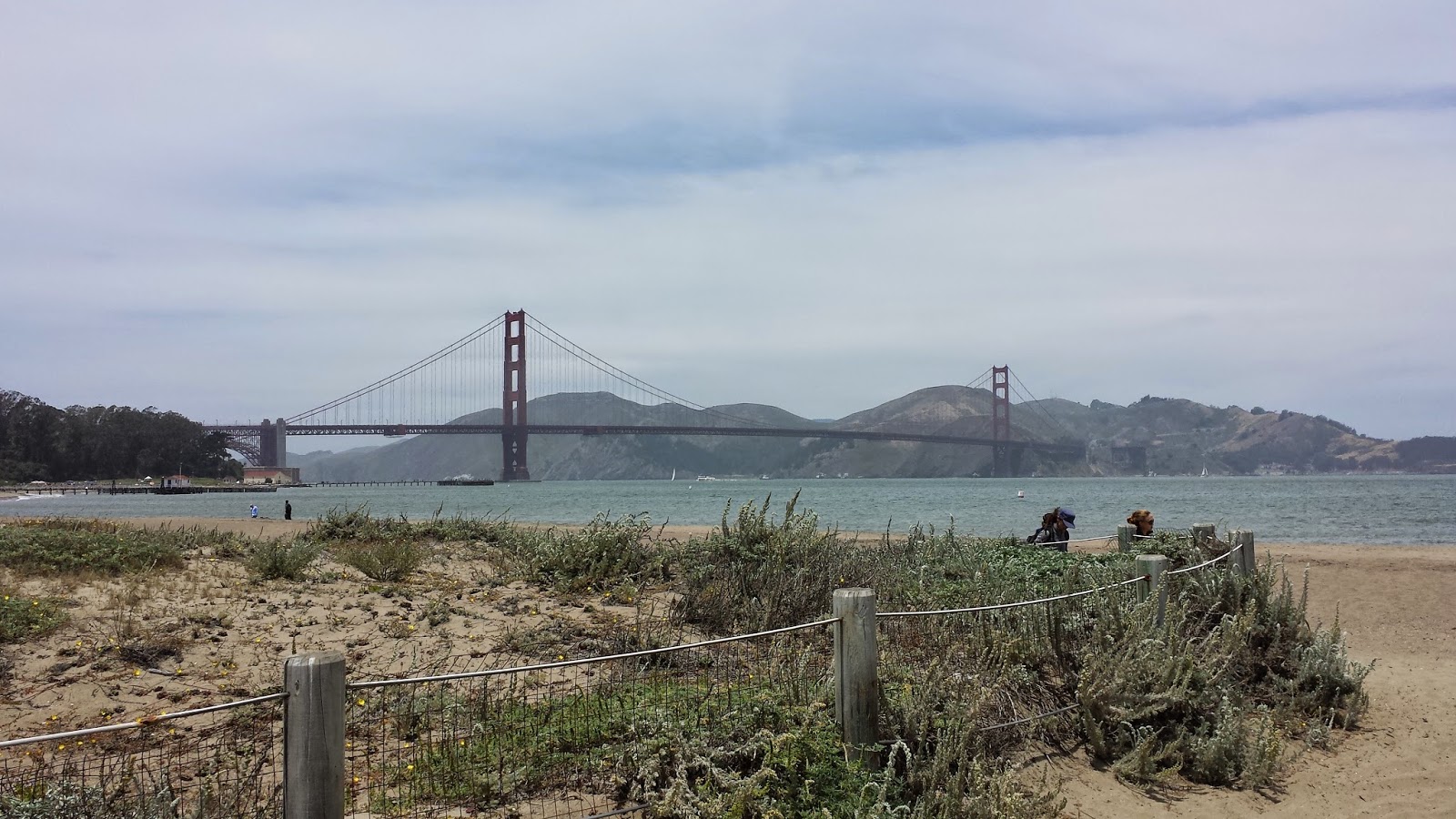 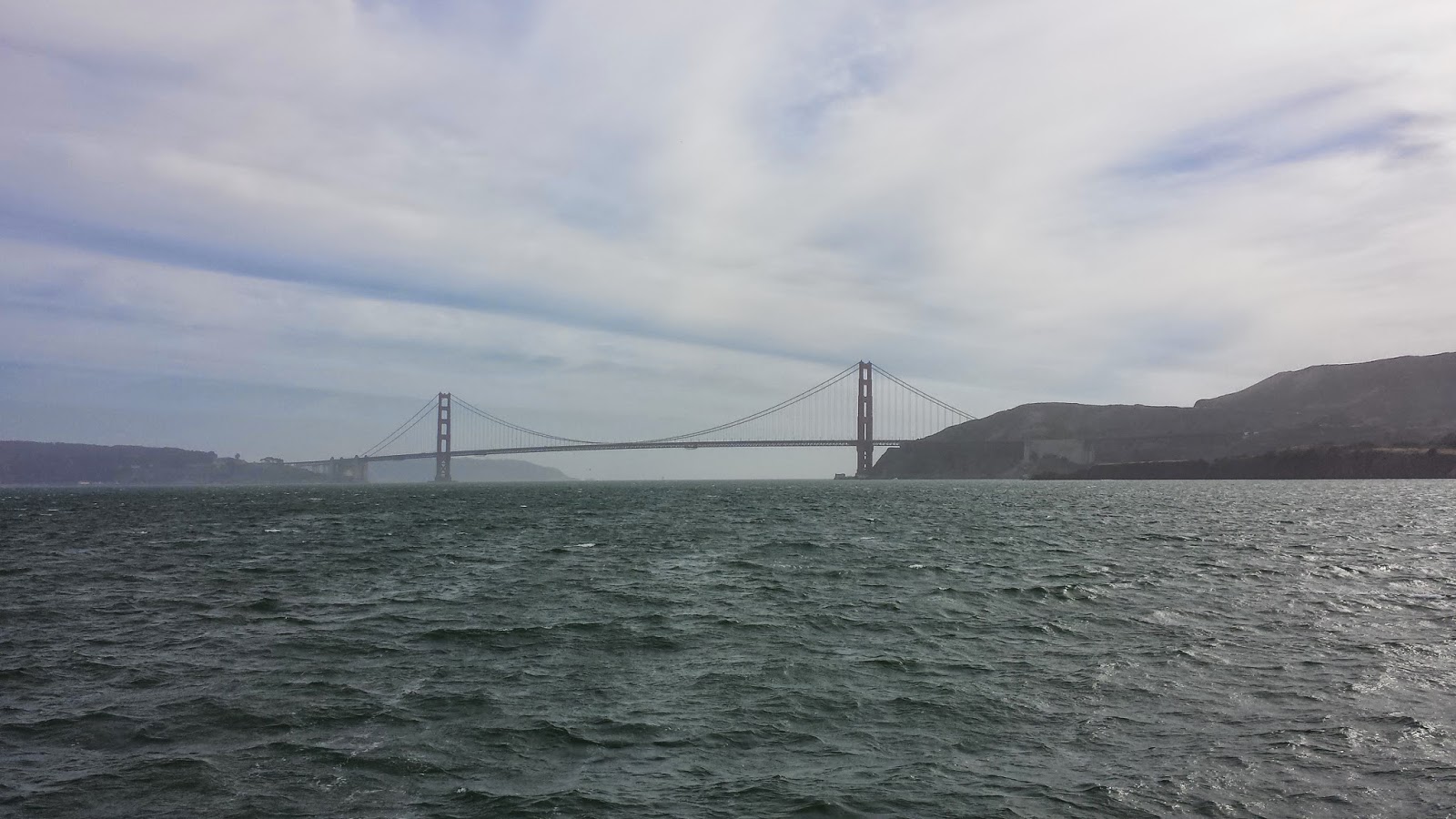 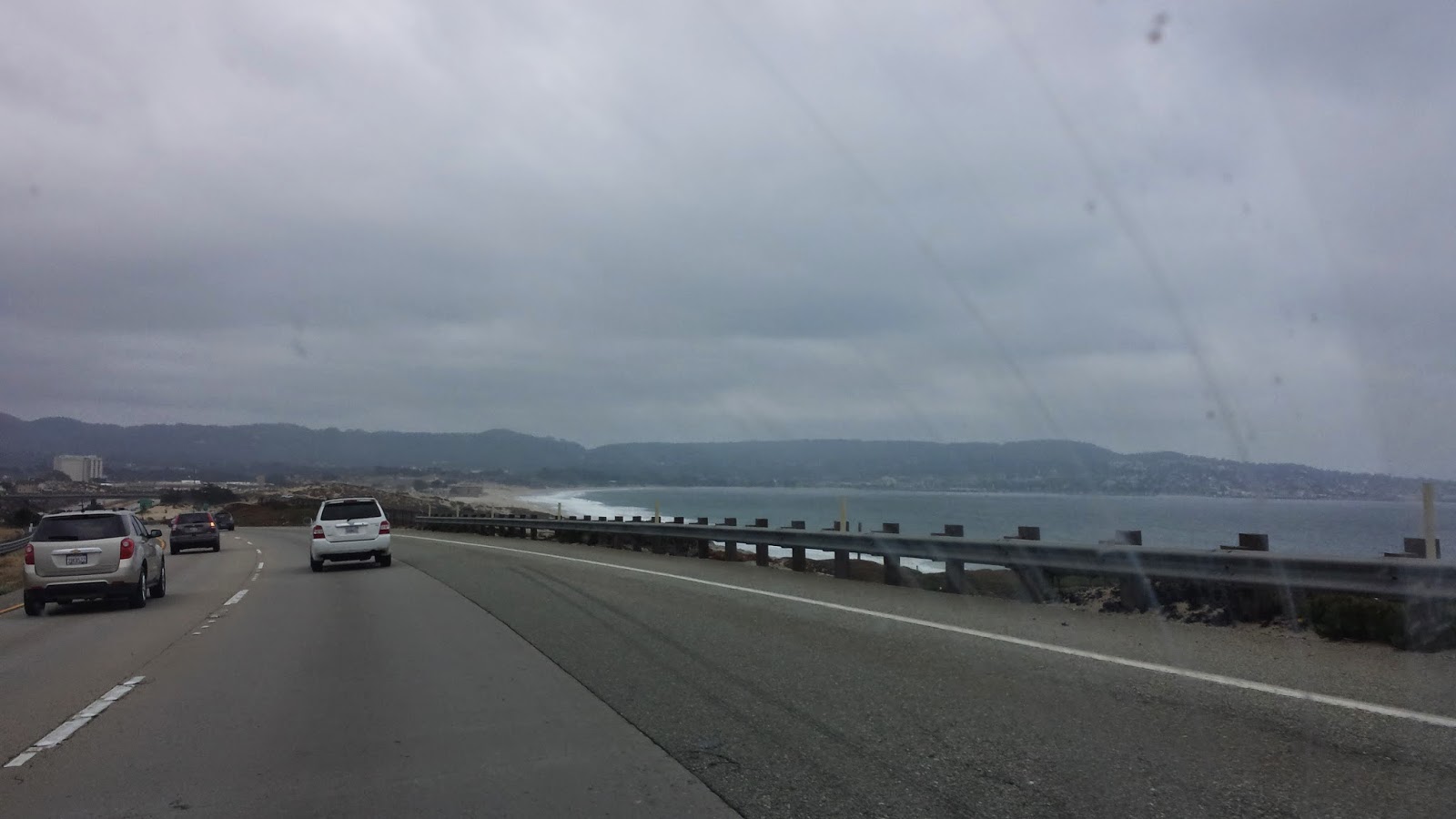 I've heard about the hilly streets in San Francisco but it doesn't mean much until you experience them yourself! As a runner...WOW! I don't know how runners do it! That's some crazy hill training! Again...you can barely tell they are hills in my pictures but I promise you that these hills are straight up! And I saw the crazy Lombard Street too (the one famous for the 8 hairpin turns) but didn't get a great picture of it. It's at the very top of the picture below. 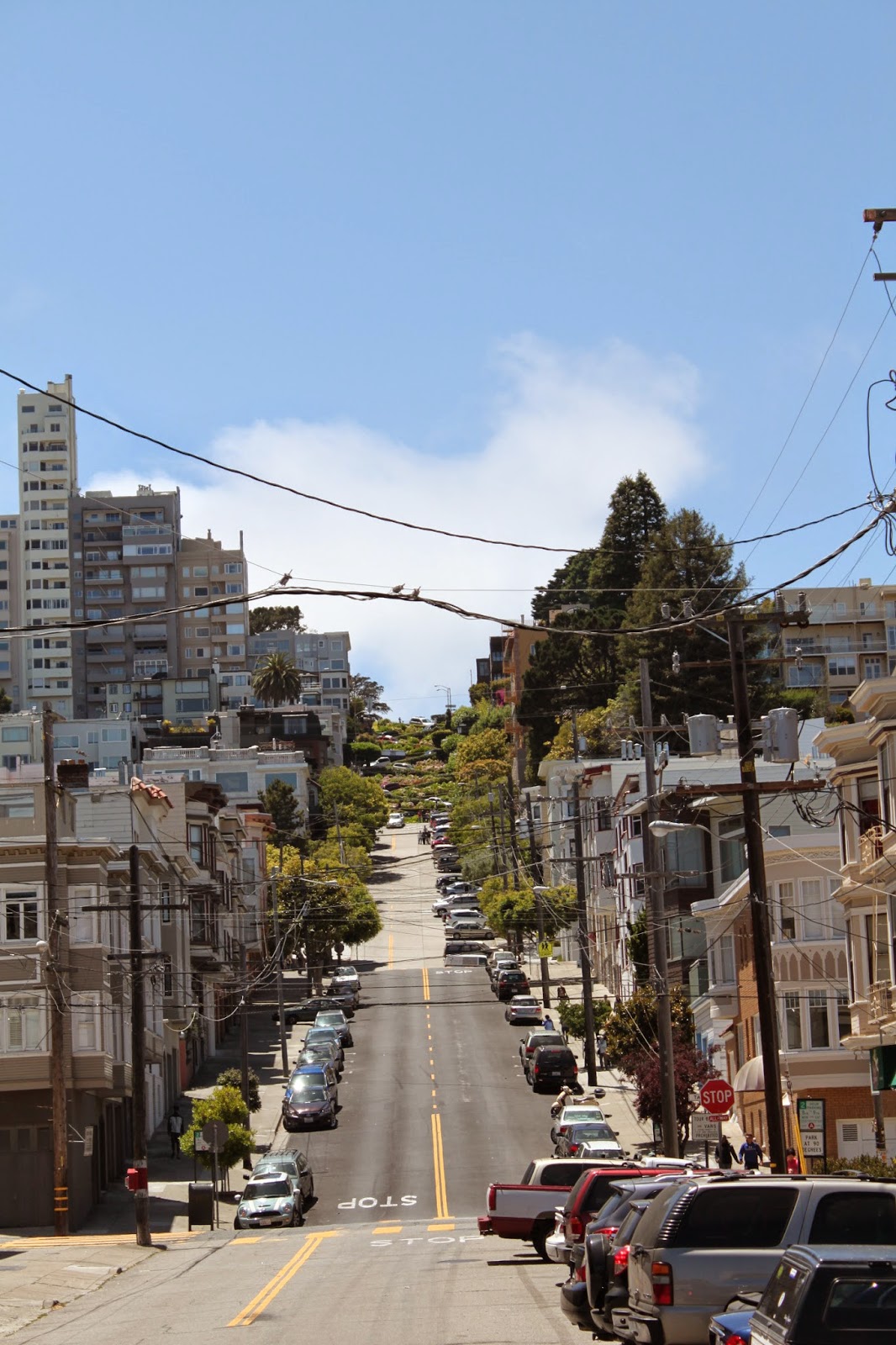 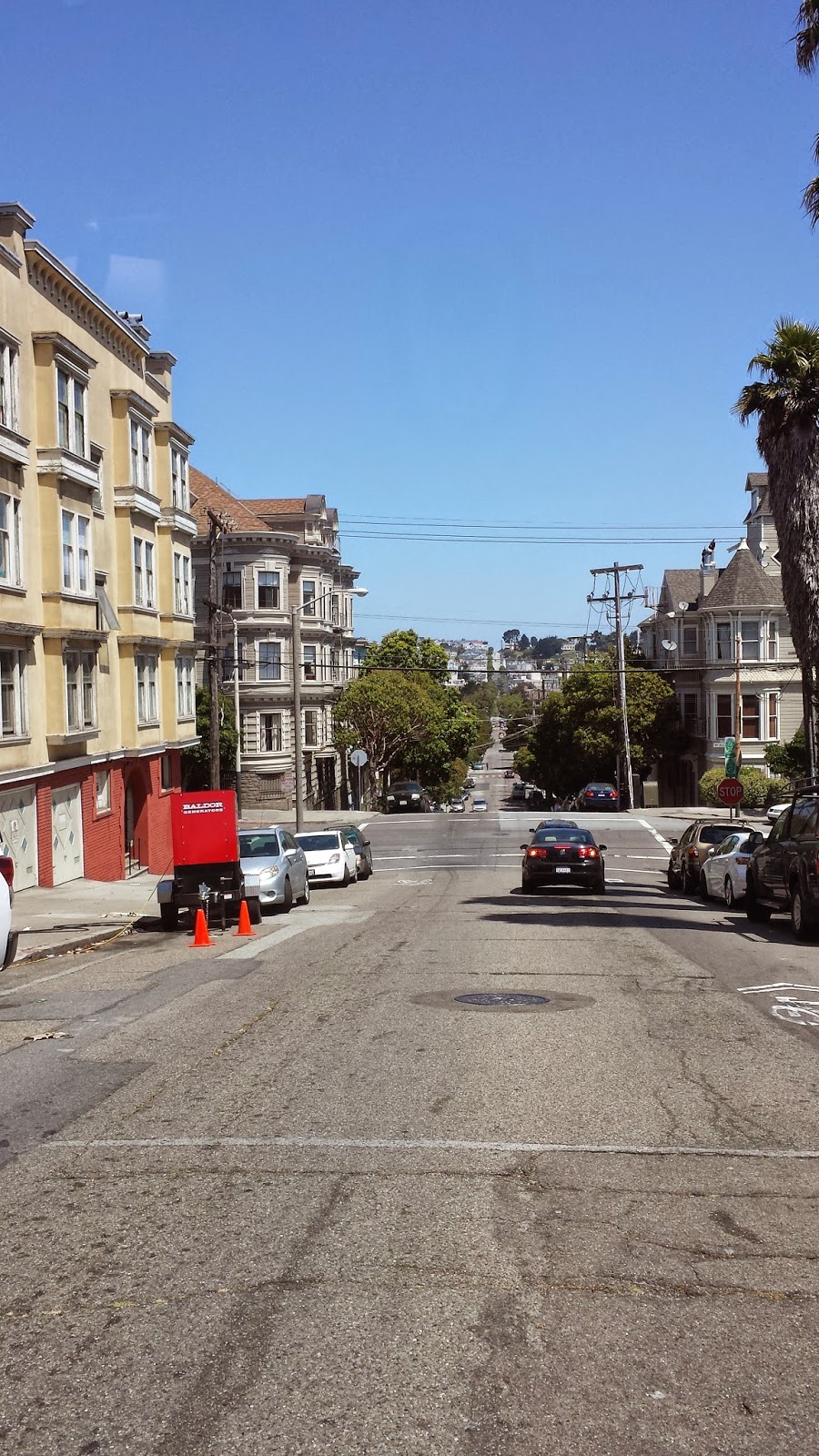 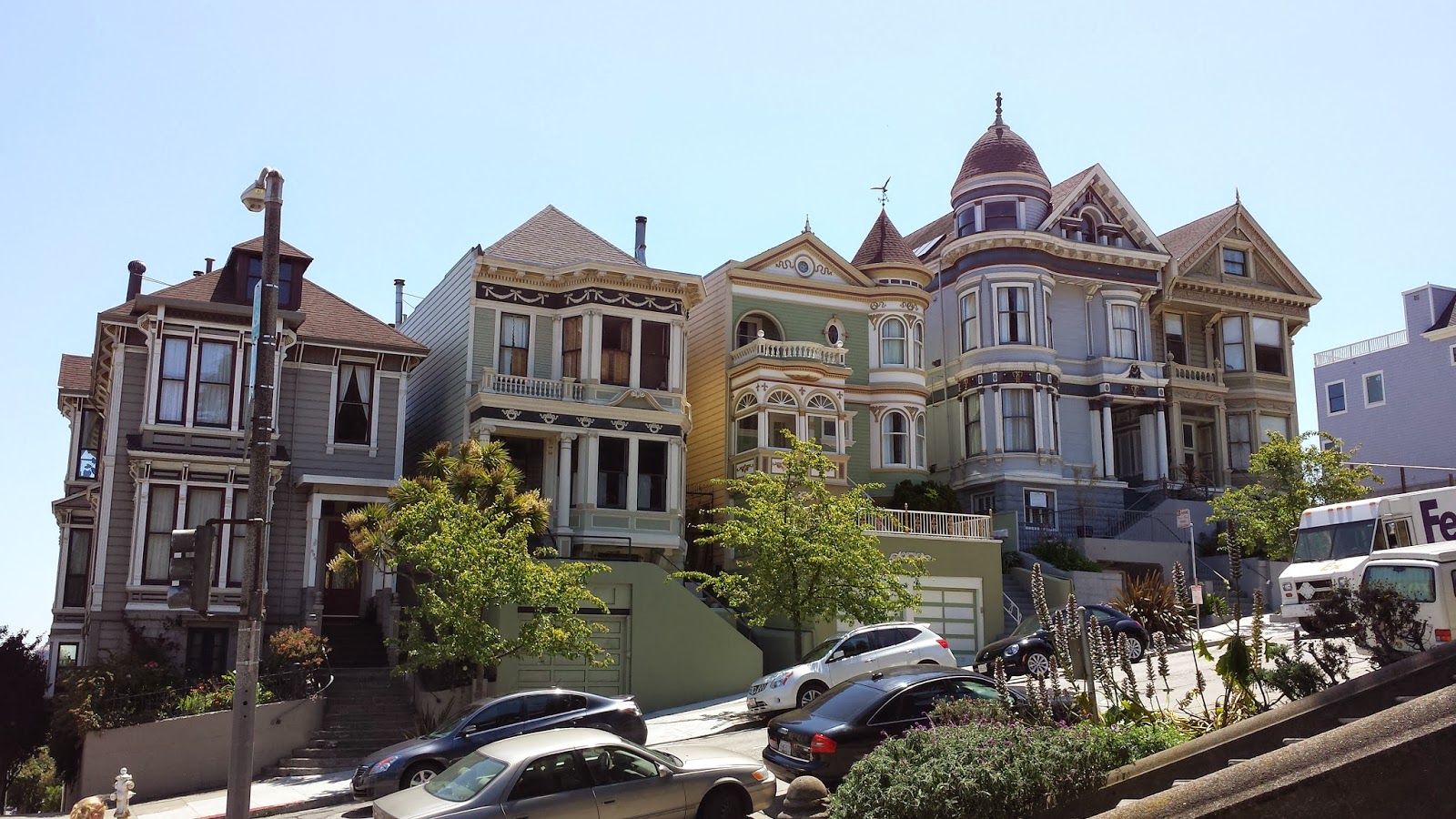 So those are just a few of the things in California that I found interesting and so different from where I live!

I WILL say that I fell in love with San Francisco! It was an amazing city! One of my favorite things about it was how active everyone is. Everywhere you looked people were walking, running, or biking! I even saw some people doing CrossFit in a park! So awesome! I definitely want to visit again!

QOTD: Have you ever been to California or San Francisco? What was your favorite part? What was one thing you found that was different than where you live?