I woke up Sunday morning well rested and not as sore as I thought I would be from running 19.3 miles in the course of two days. I was ready to conquer Magic Kingdom...without kids! :-)

We got ready and then ate a quick breakfast at the resort. Why yes I had a Mickey waffle! ;-) Then I had to visit the concierge desk to clear up a Magic Band issue (you can read about that here). Finally we loaded the bus (love Disney transporation) and were on our way! But....it took a little longer to get to Magic Kingdom than normal due to....a little marathon that was happening!!! We saw some of the runners as we were waiting in traffic! I was so excited for them!

Finally we made it to Magic Kingdom! First stop...pictures in front of the castle of course! 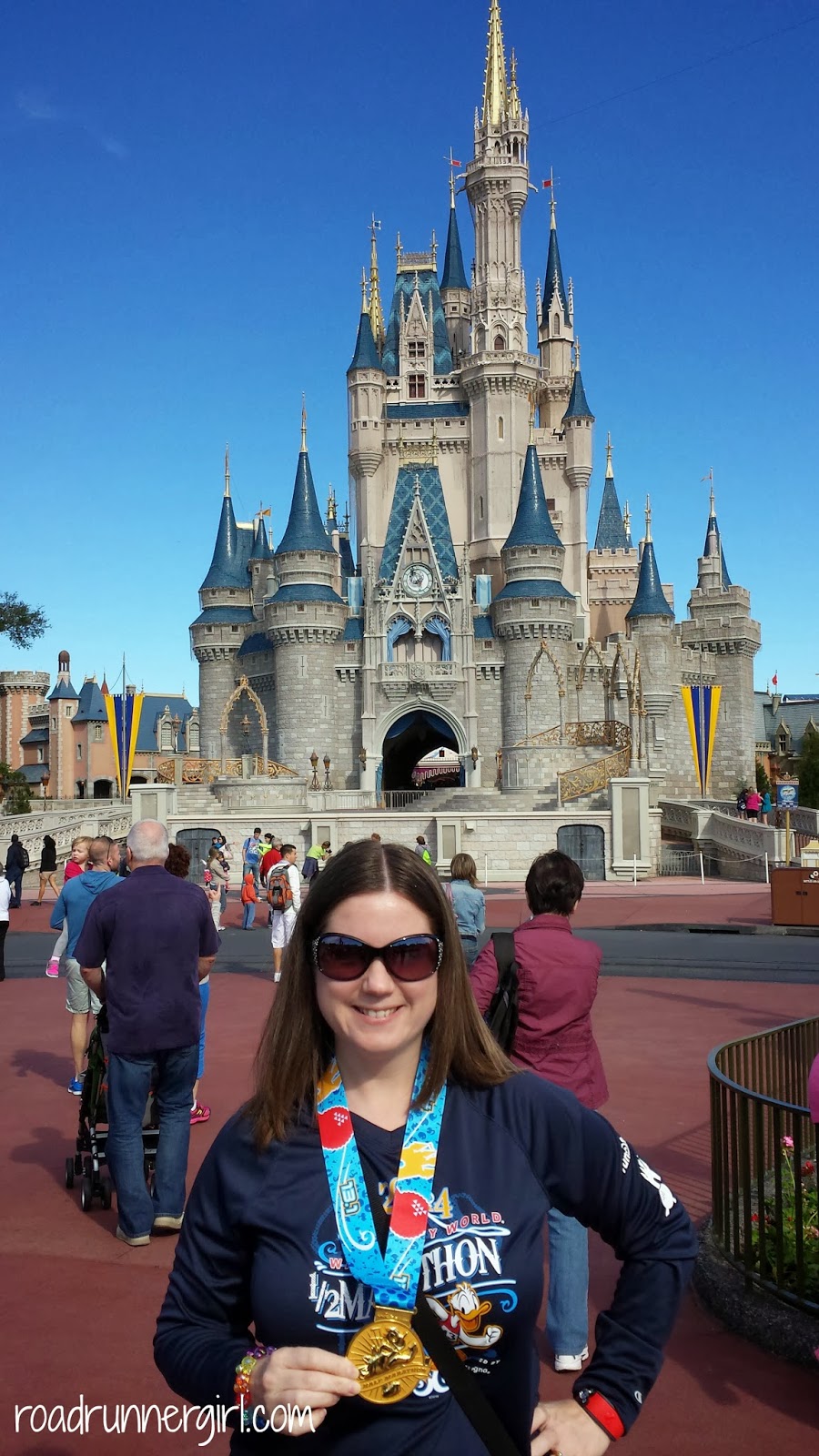 And then I had to visit Donald. And he asked to wear my medal! 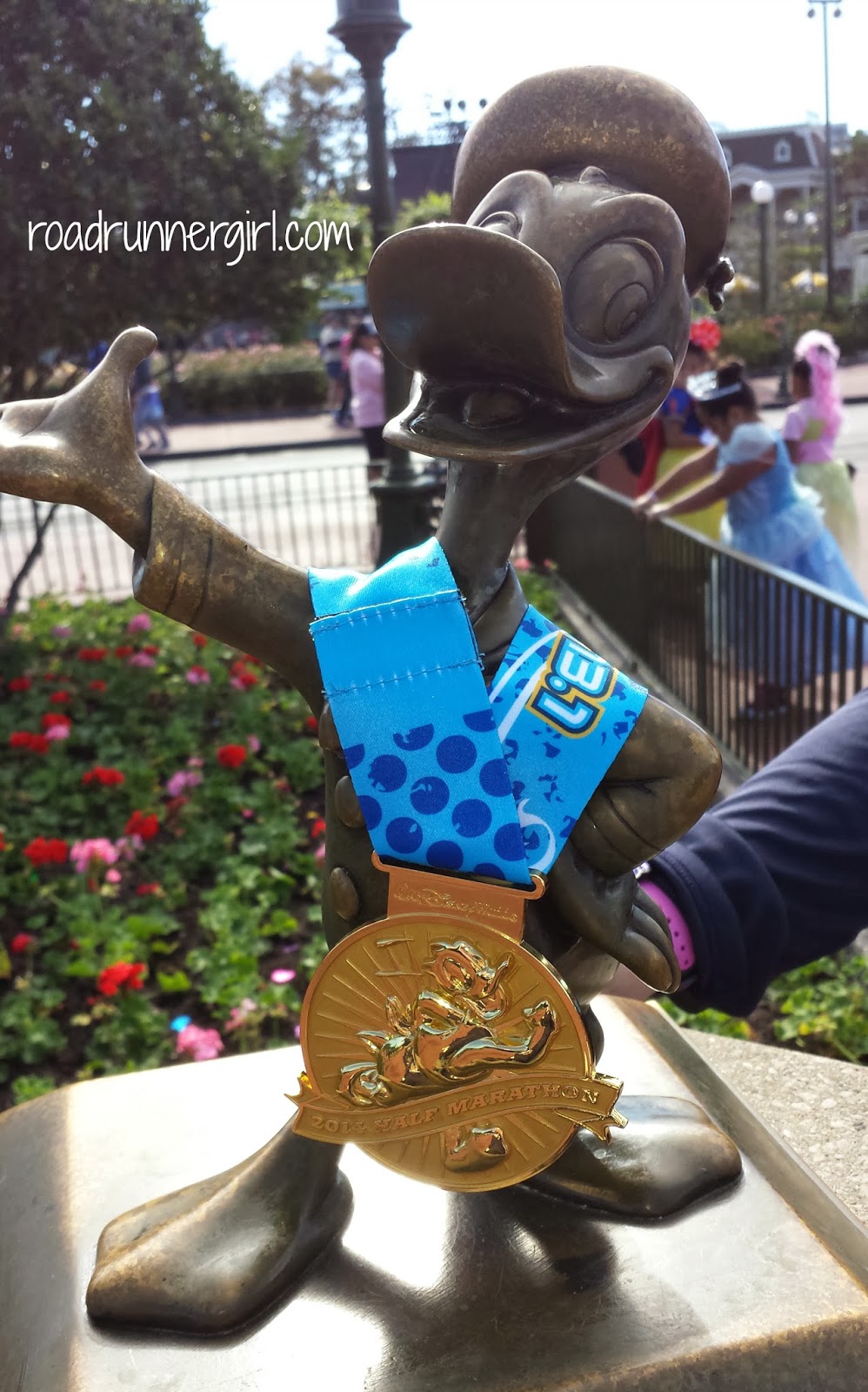 Next, it was time to ride some rides! We headed toward Tomorrowland and stopped to help Buzz Lightyear! Unfortunately Zurg caught us! Aaaggghhh! 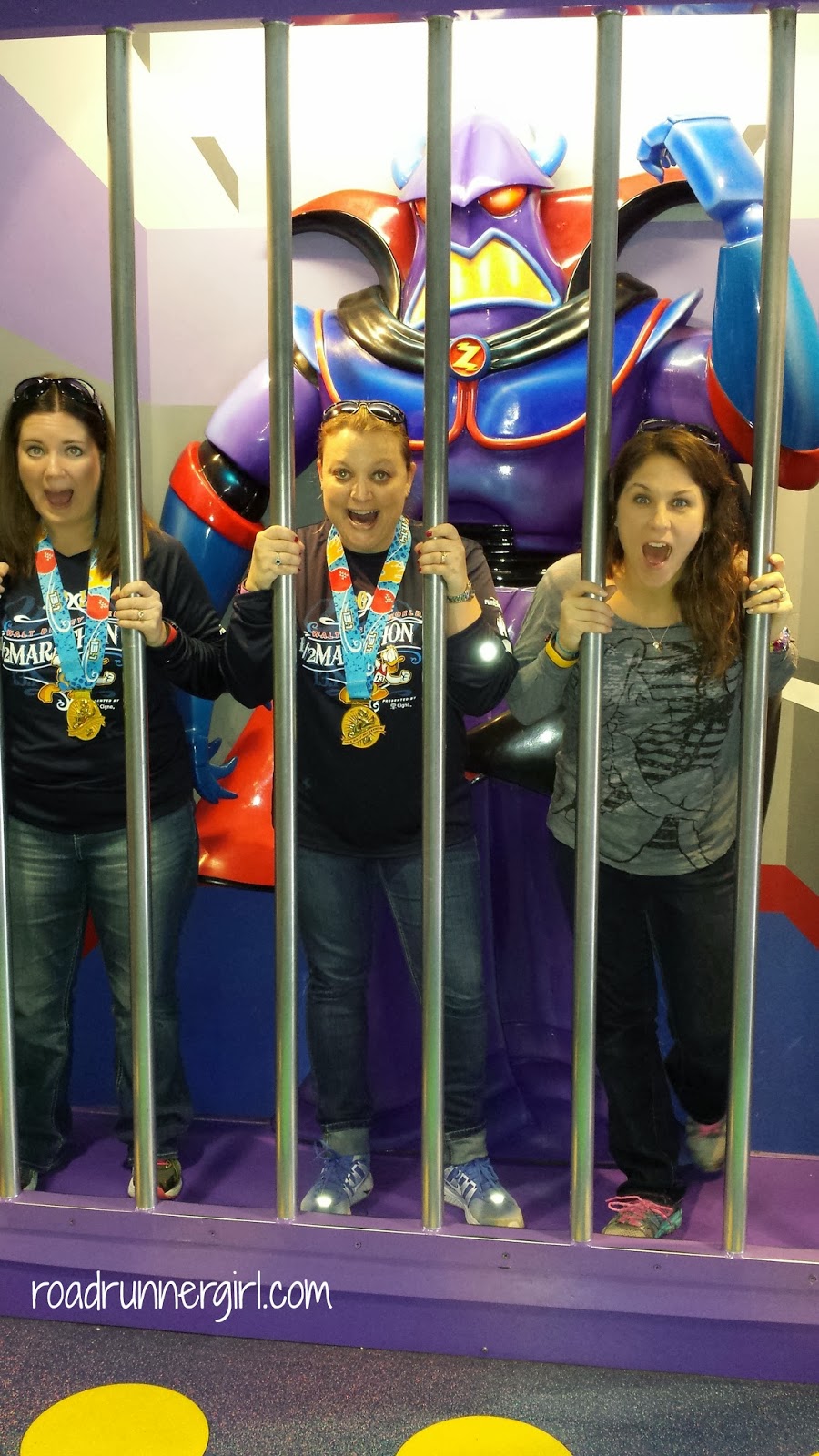 The rest of the day was spent riding all the most popular rides! The lines were almost non existant and that was so nice! The weather was perfect! The high was in the 60's so we never got hot. And we didn't get cold until later than night. I even encountered a few rides that I had never ridden! I love discovering new things at Disney!

And I took lots of pictures! 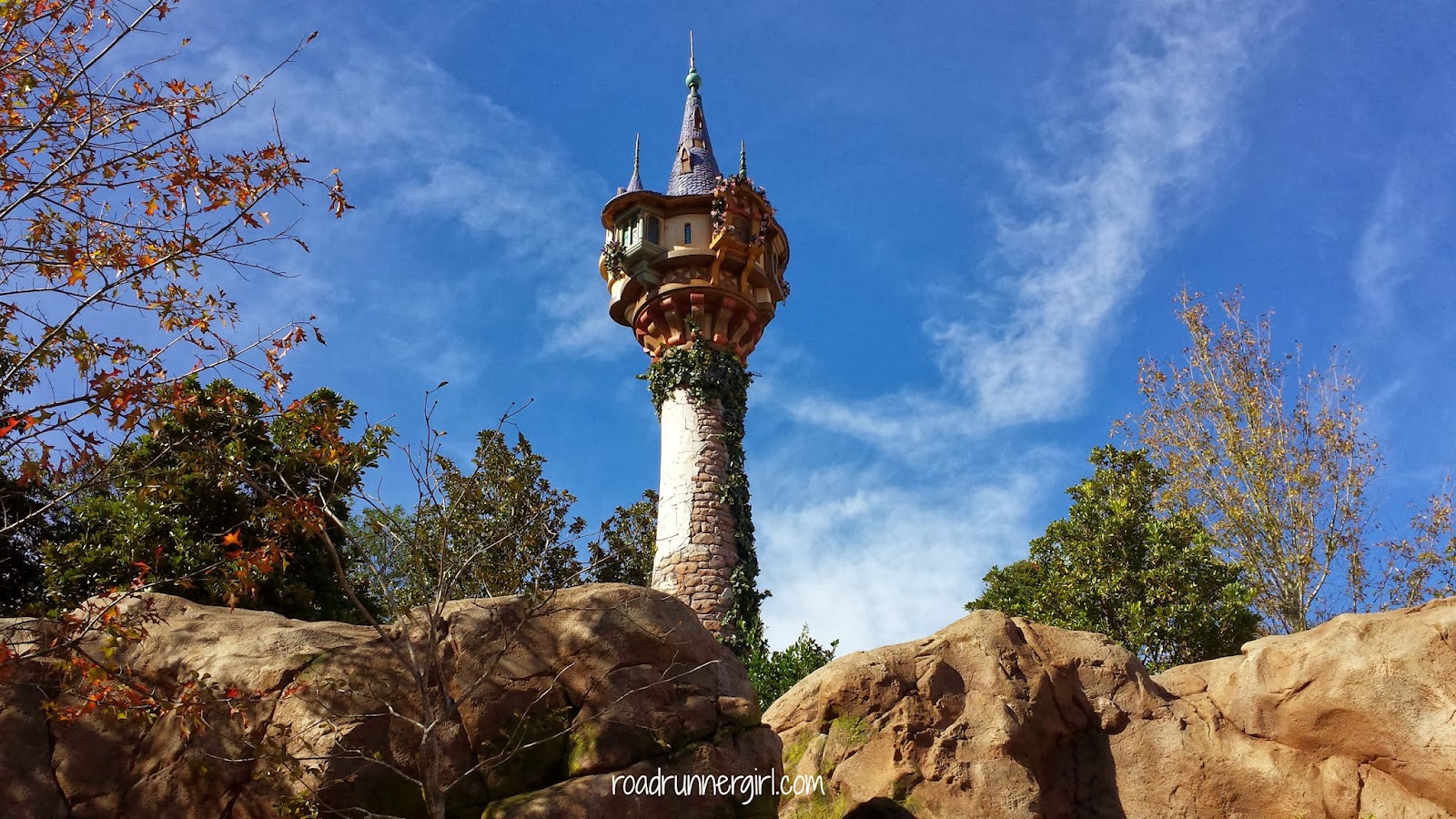 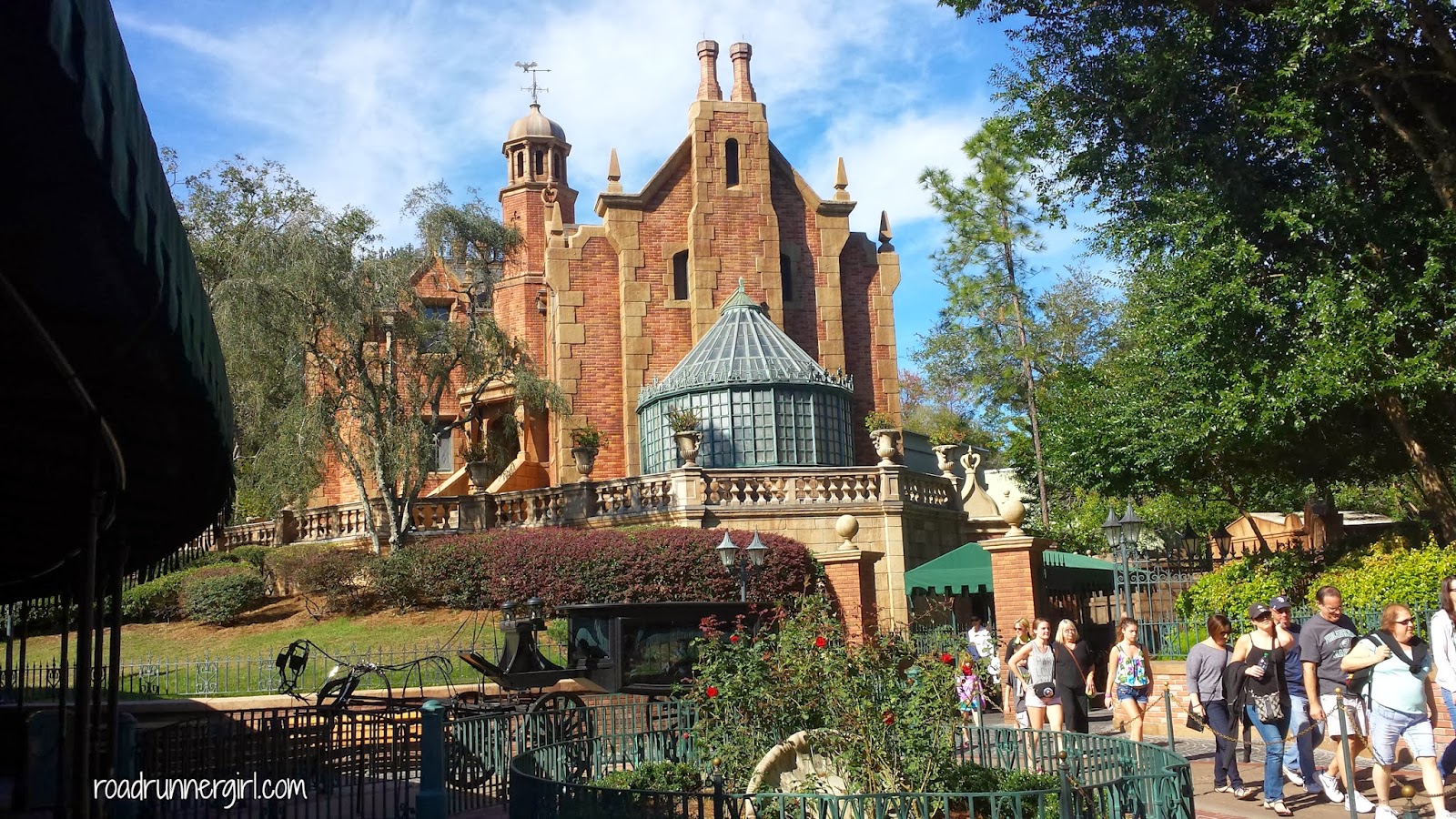 The Haunted Mansion from the Liberty Square Riverboat! 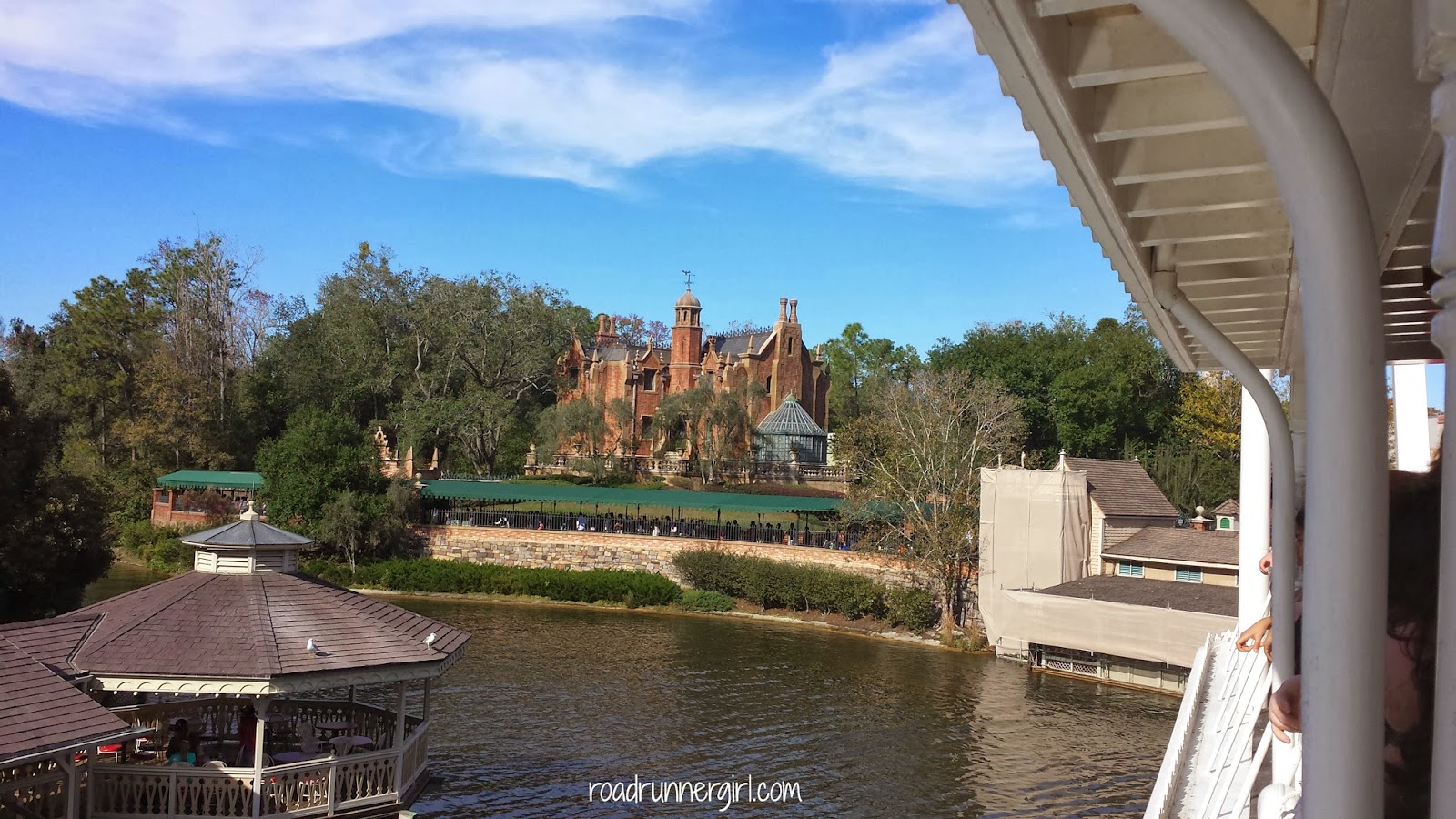 As we were walking through the park we saw a cast member drawing Minnie Mouse on the ground using a broom and water! It was hard to see on my phone so I cut off some of it in my picture. But it was pretty neat to watch him draw this! 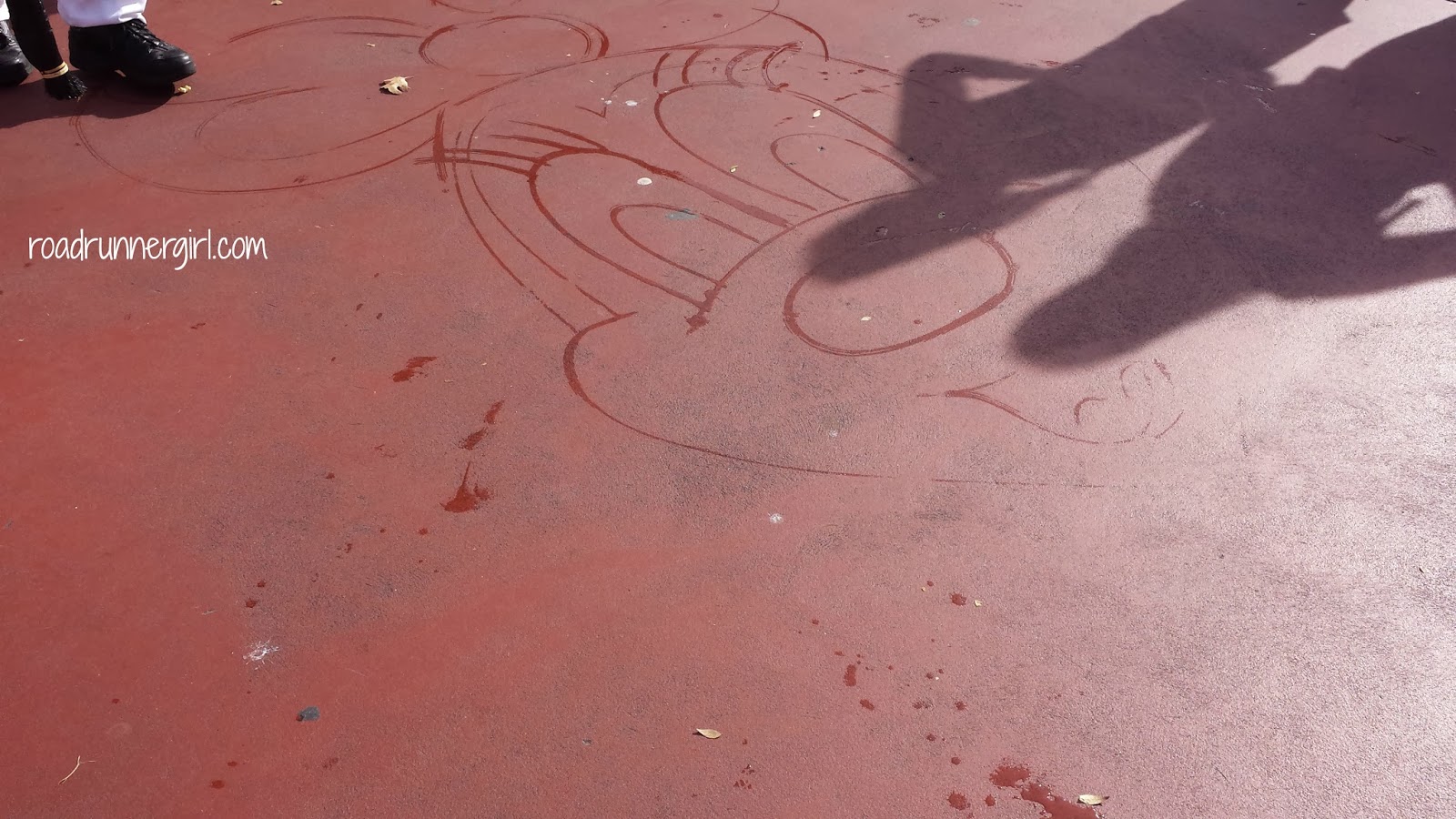 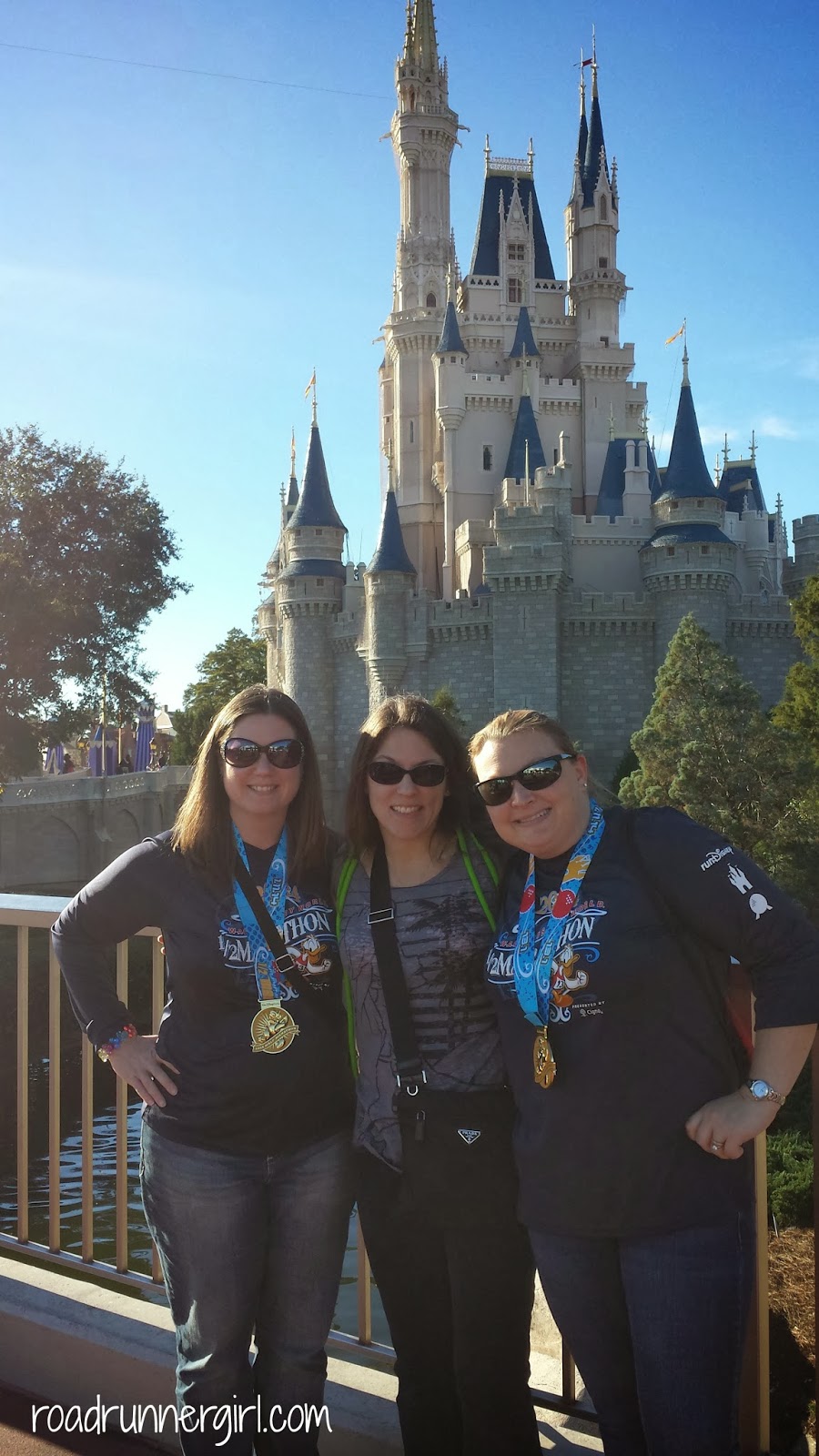 And of course I had Mickey Mouse ice cream!!! 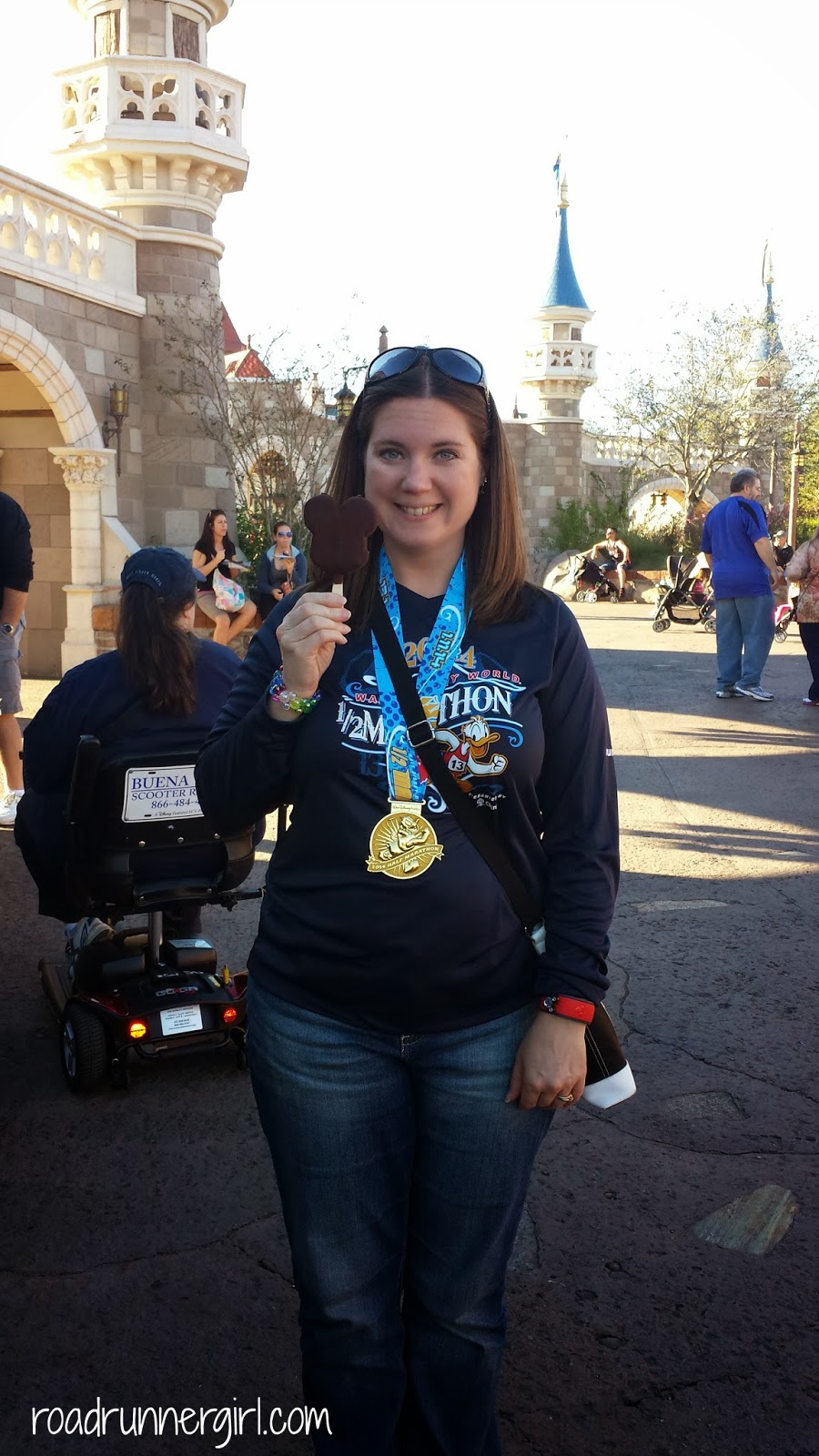 We even caught a little bit of the Move It! Shake It! Celebrate It! Street Party! 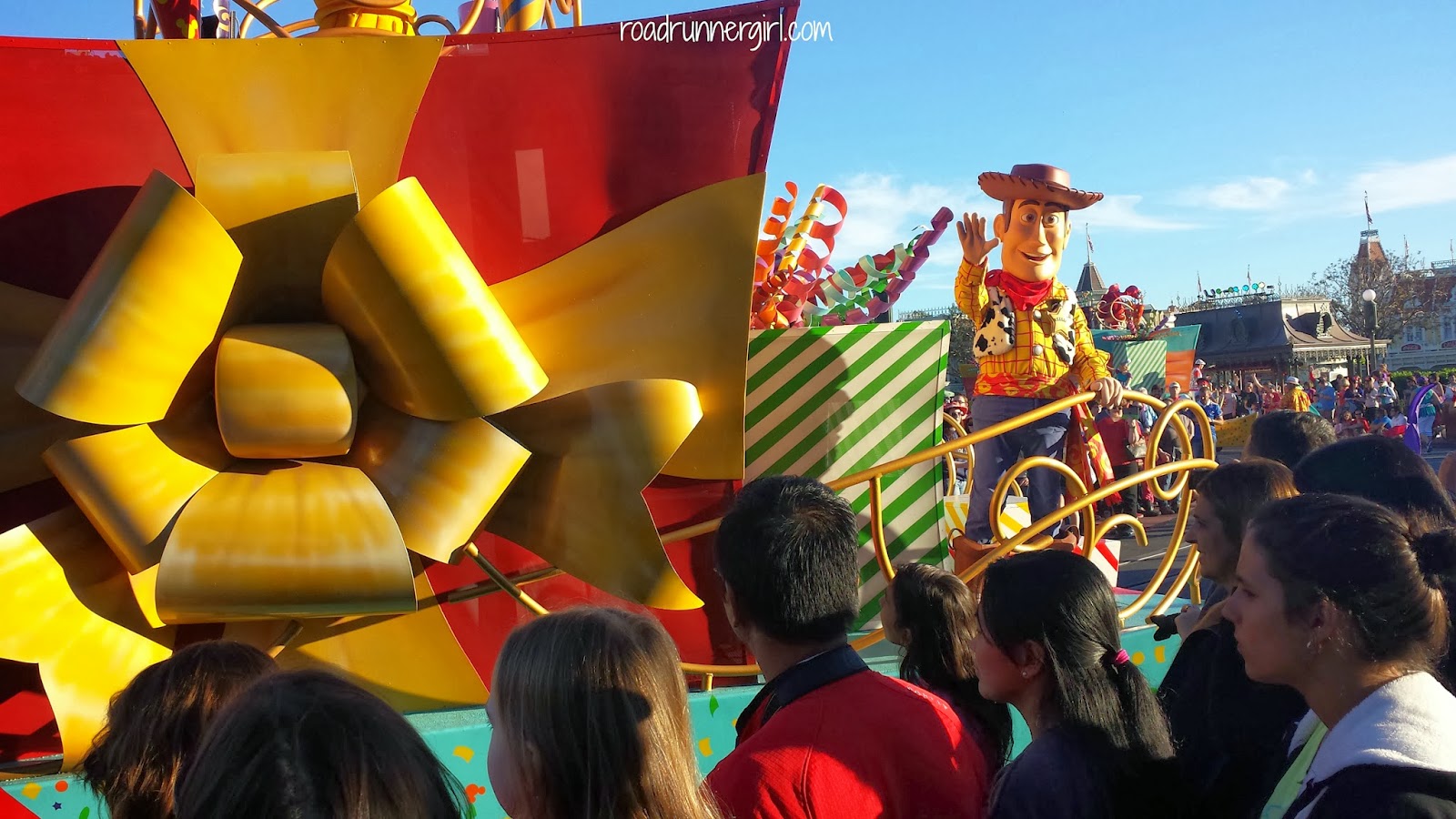 Despite my worries, Fast Pass+ worked out great on our Magic Bands! We were able to ride those rides quickly! (note: I set these up in my Disney app before we got to Magic Kingdom) After dinner Sandi decided to head back to the resort. Brooke and I chose to stay at Magic Kingdom and partake in the Magic Hours that night. First we watched the night time show and fireworks at the castle! It was amazing!!!

Main Street U.S.A all lit up! 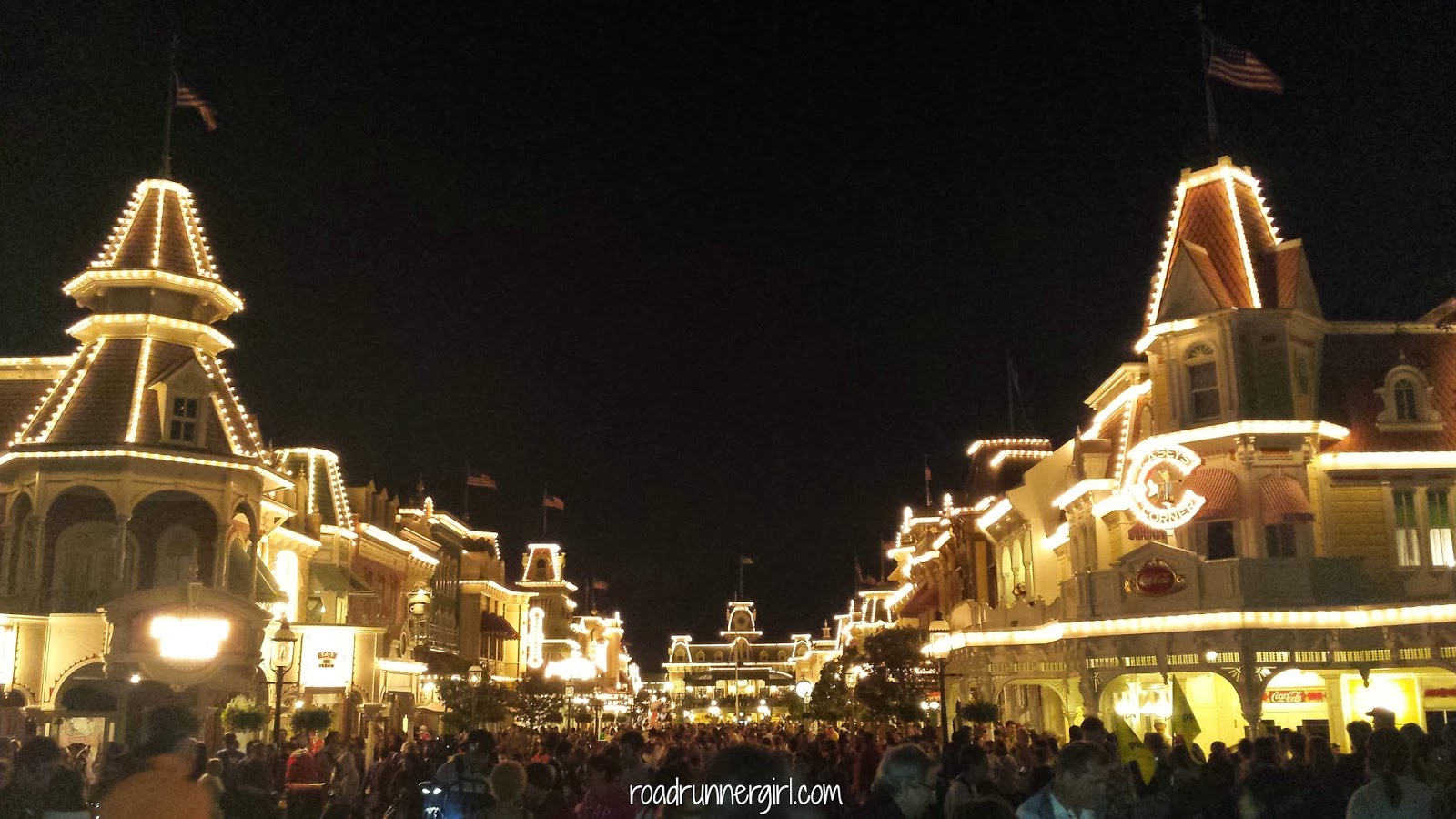 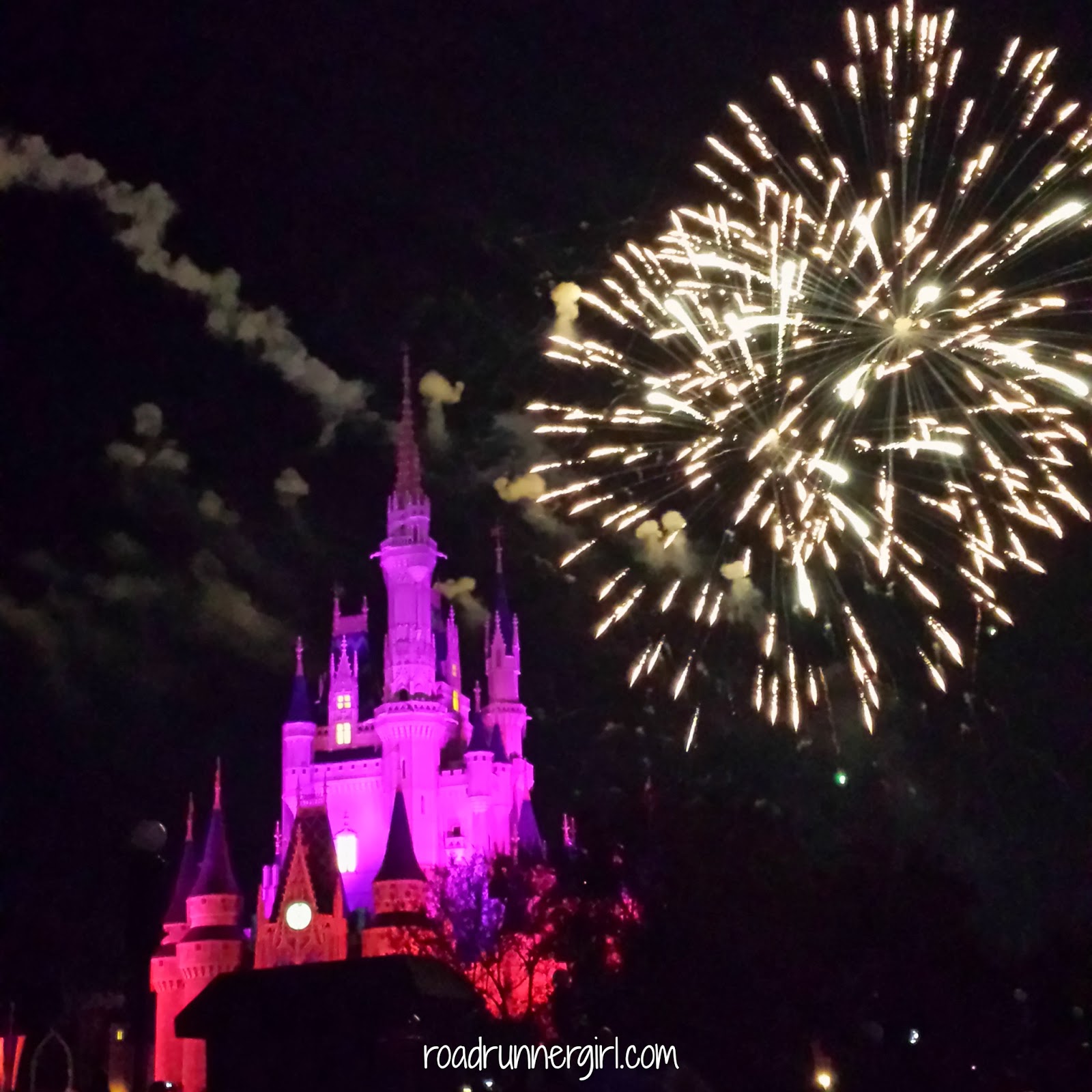 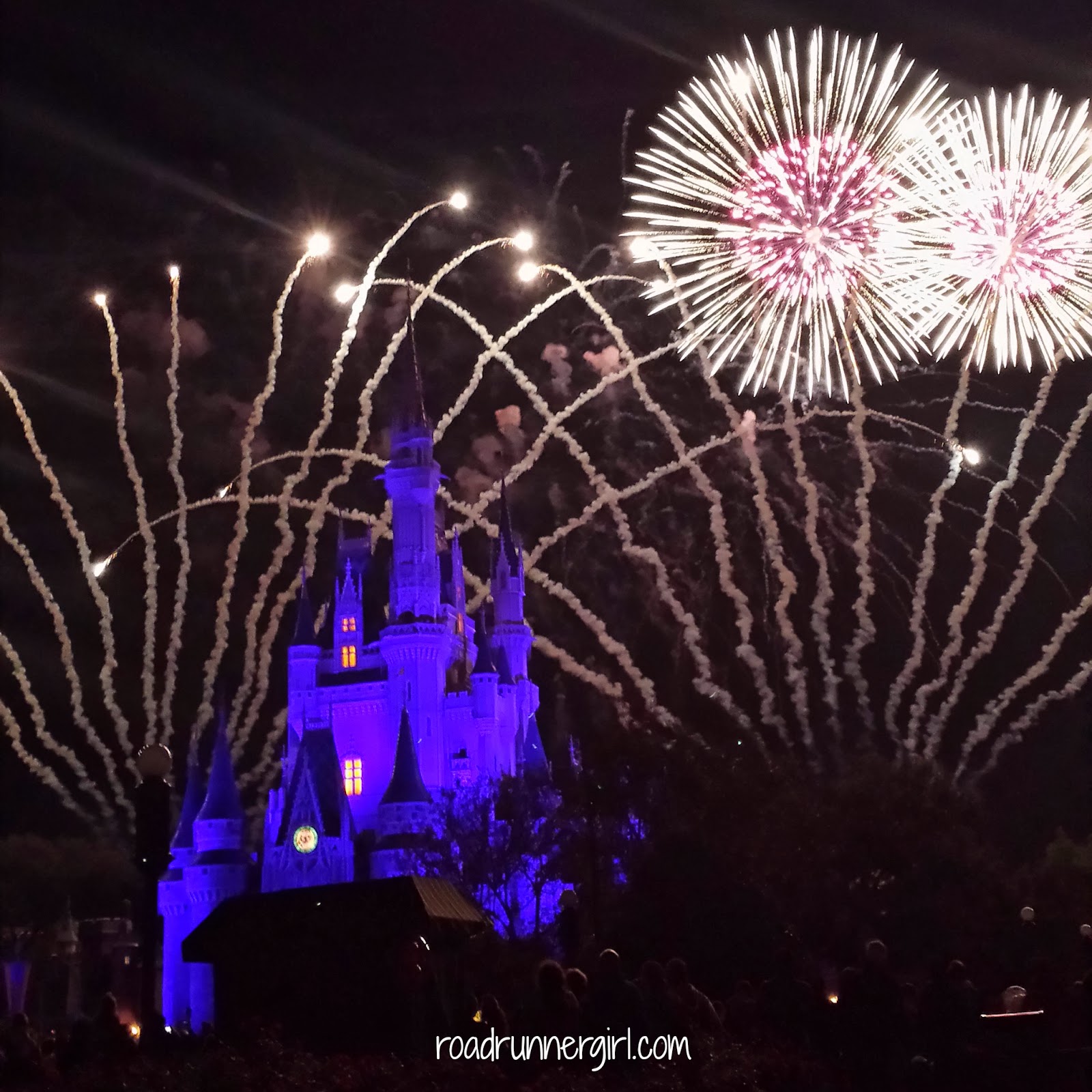 And of course I needed a nighttime picture in front of the castle! 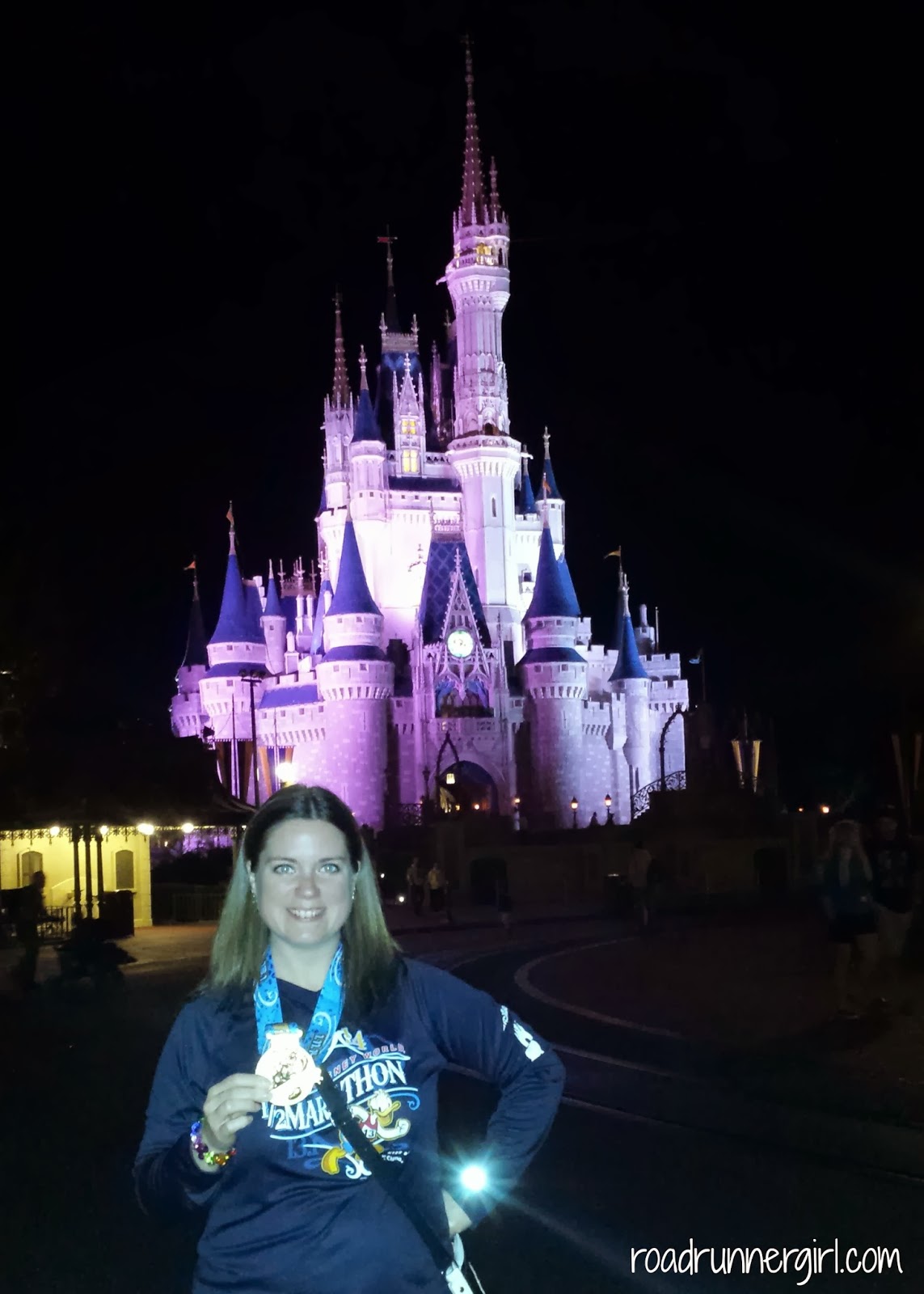 Brooke and I had a blast during Magic Hours. Most of the park had cleared out! There were zero lines for anything! We even rode the Pirates of the Caribbean ride....and had the entire boat to ourselves!

When it was time to leave it was bittersweet. I had had so much fun in Disney and couldn't believe the weekend was already over!

QOTD: What is your favorite ride at Magic Kingdom?