This race is one of my favorite local races! It's also the biggest race in our area. Even the Kenyans come out and run it! ;-) It also special for another reason...it was my very first 5K four years ago! I remember that day being in awe of the runners running the 10K...thinking I would never run a 10K! I've run this race every year since...but I've always run the 10K! ;-)

The race expo is always at the Civic Center. Several vendors come out and the expo lasts until a few hours after the race! So if you didn't get something when you came to pick up your packet...you have a chance to get it after the race! 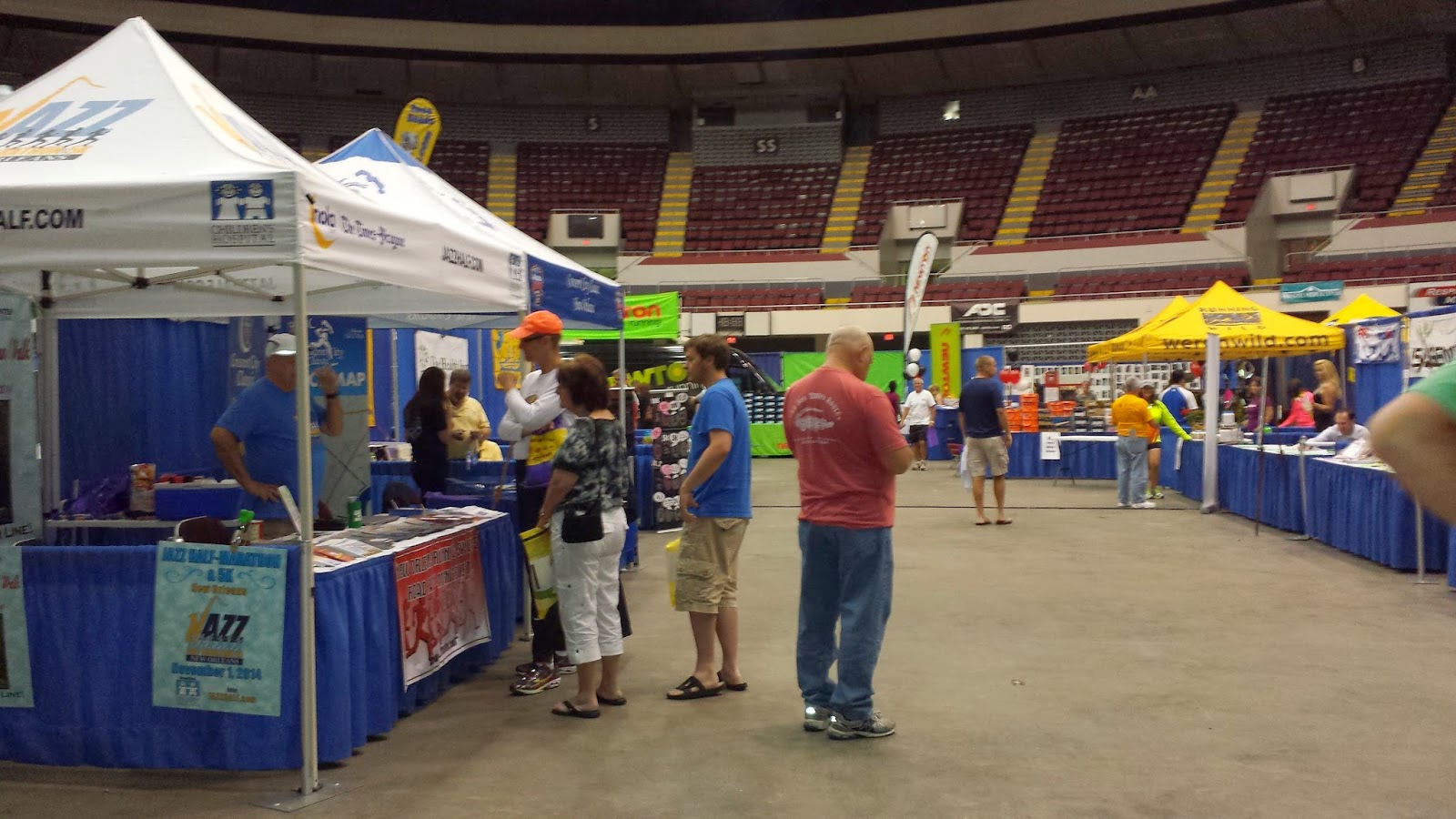 The shirts always have a super cute design on them. They are tech shirts but they are unisex. So I hardly ever wear mine because they never fit me correctly. 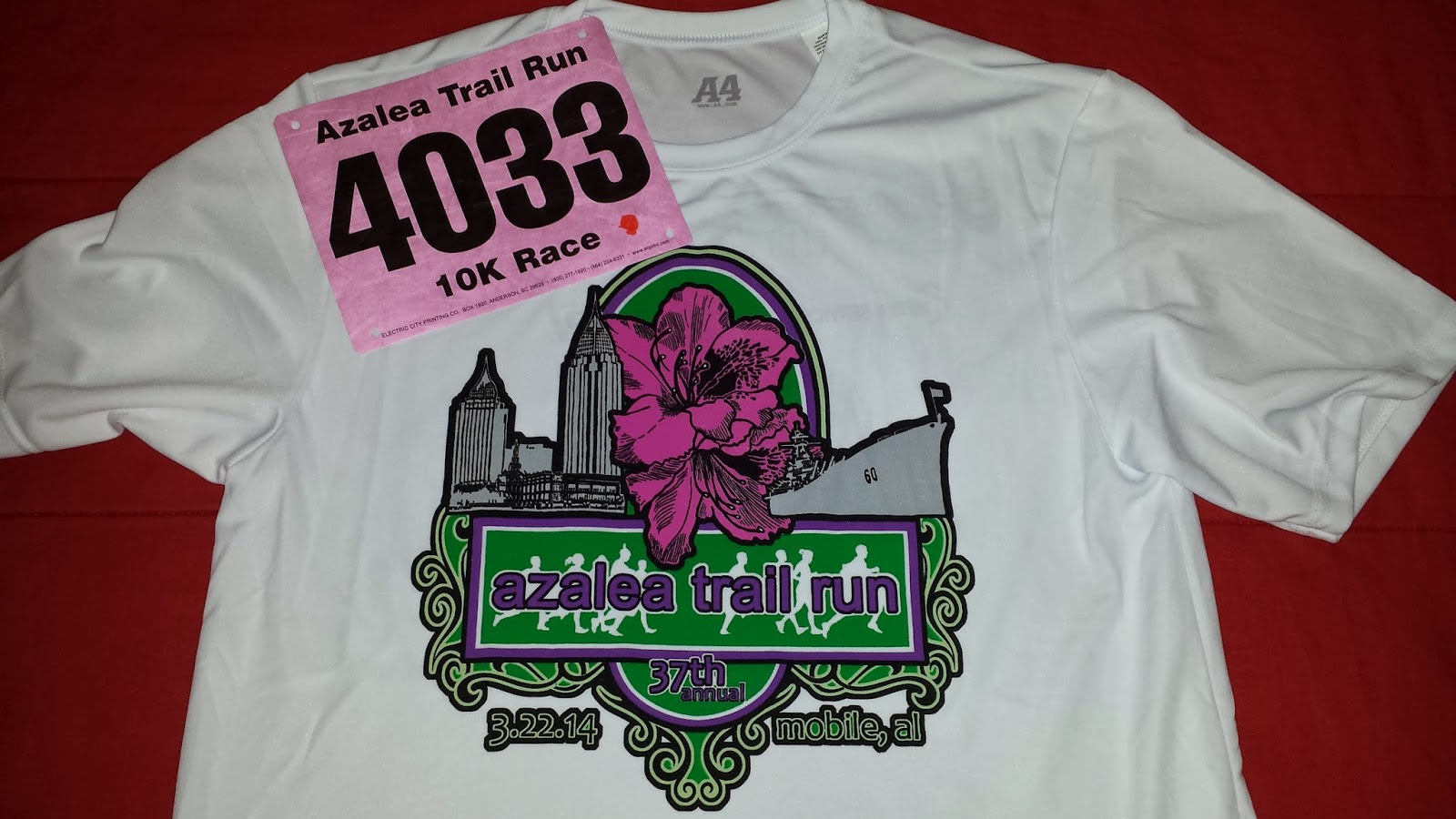 And a race recap wouldn't be complete if I didn't show you my race outfit that I always lay out the night before! ;-) 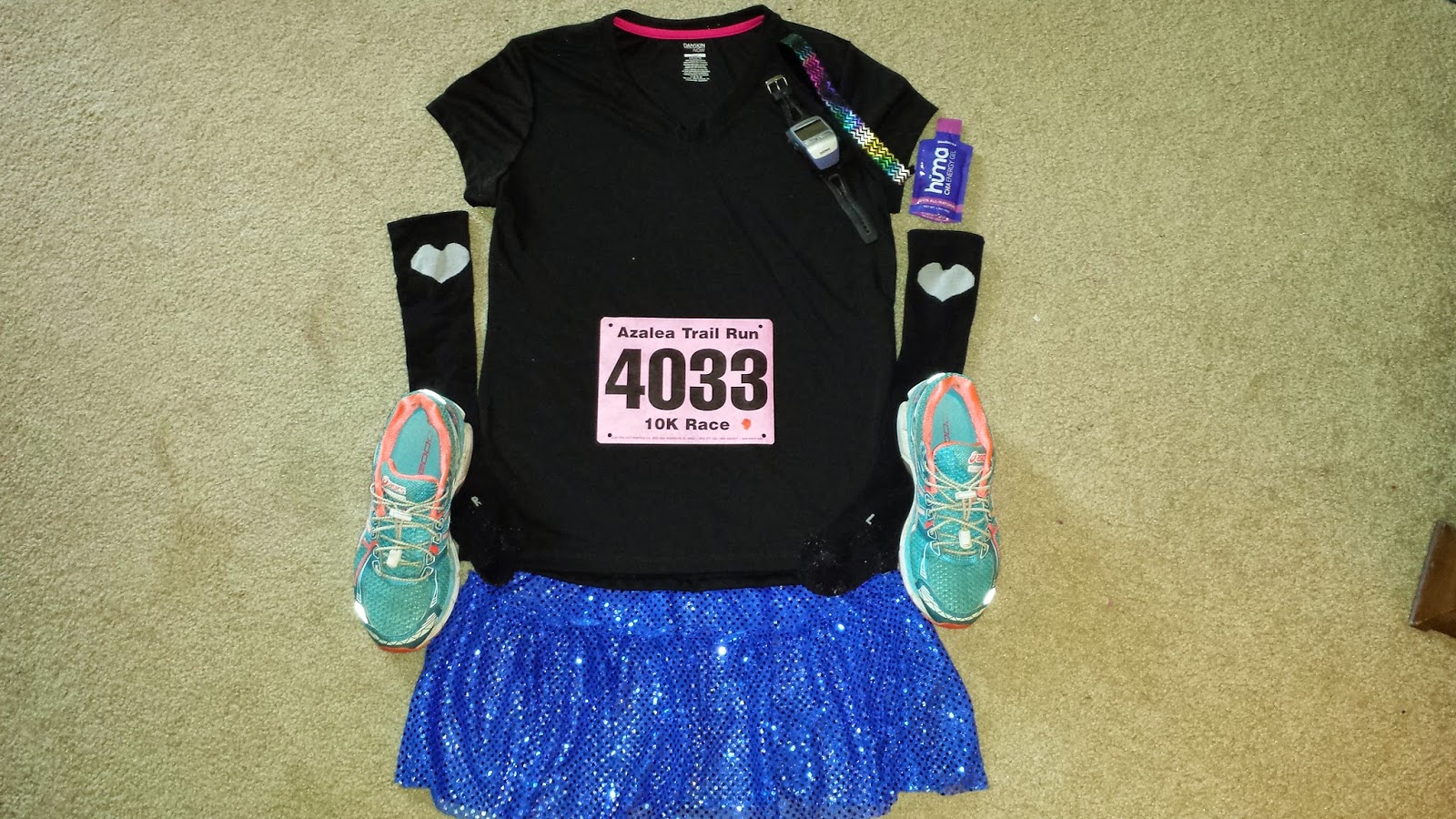 I wasn't sure how this race was going to be for me. I was recovering from strep throat that had hit me two days before. That morning I decided I would start out super slow and see how I felt from there. If I felt good then I would push on. If not, then I would hang with my friends and just have fun. No matter what I knew I would finish the race.

Me and my Sole2Soul Sisters all met up before the race so we could caravan over there. There were so many of us running! So much fun! Some of these ladies were running their very first 10K! I was so proud of them! 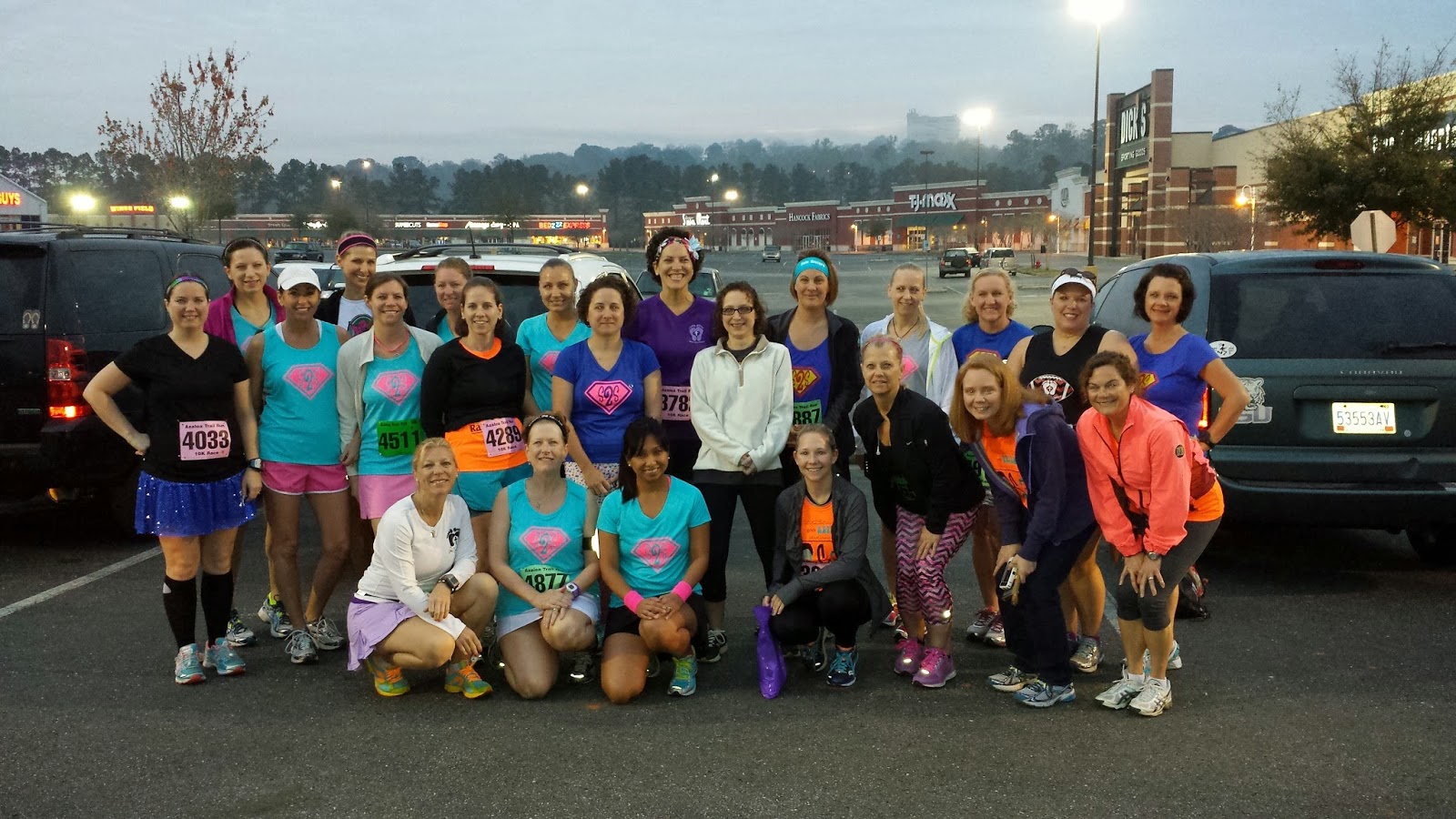 And my traditional picture with my BRF Paigey! 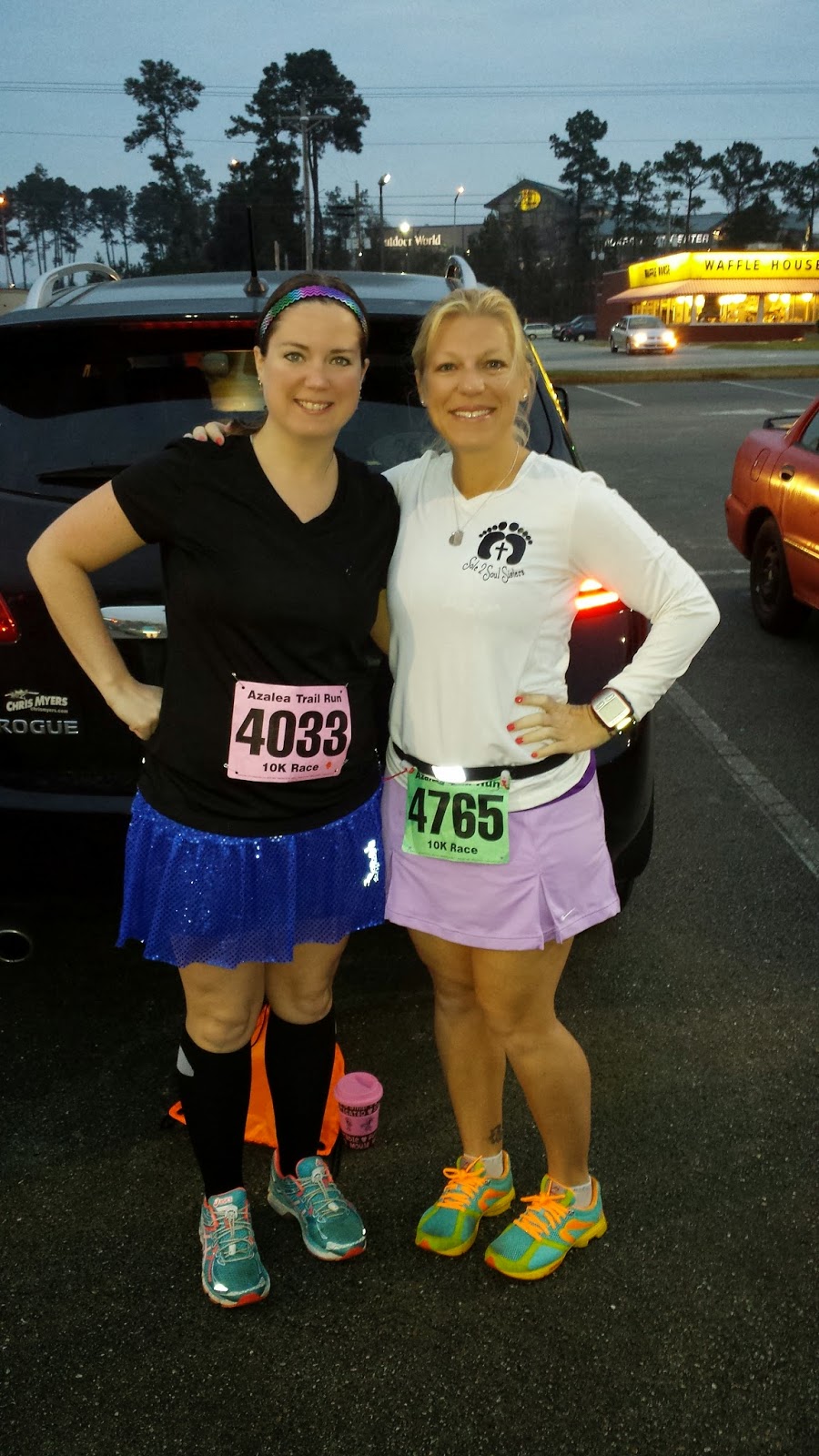 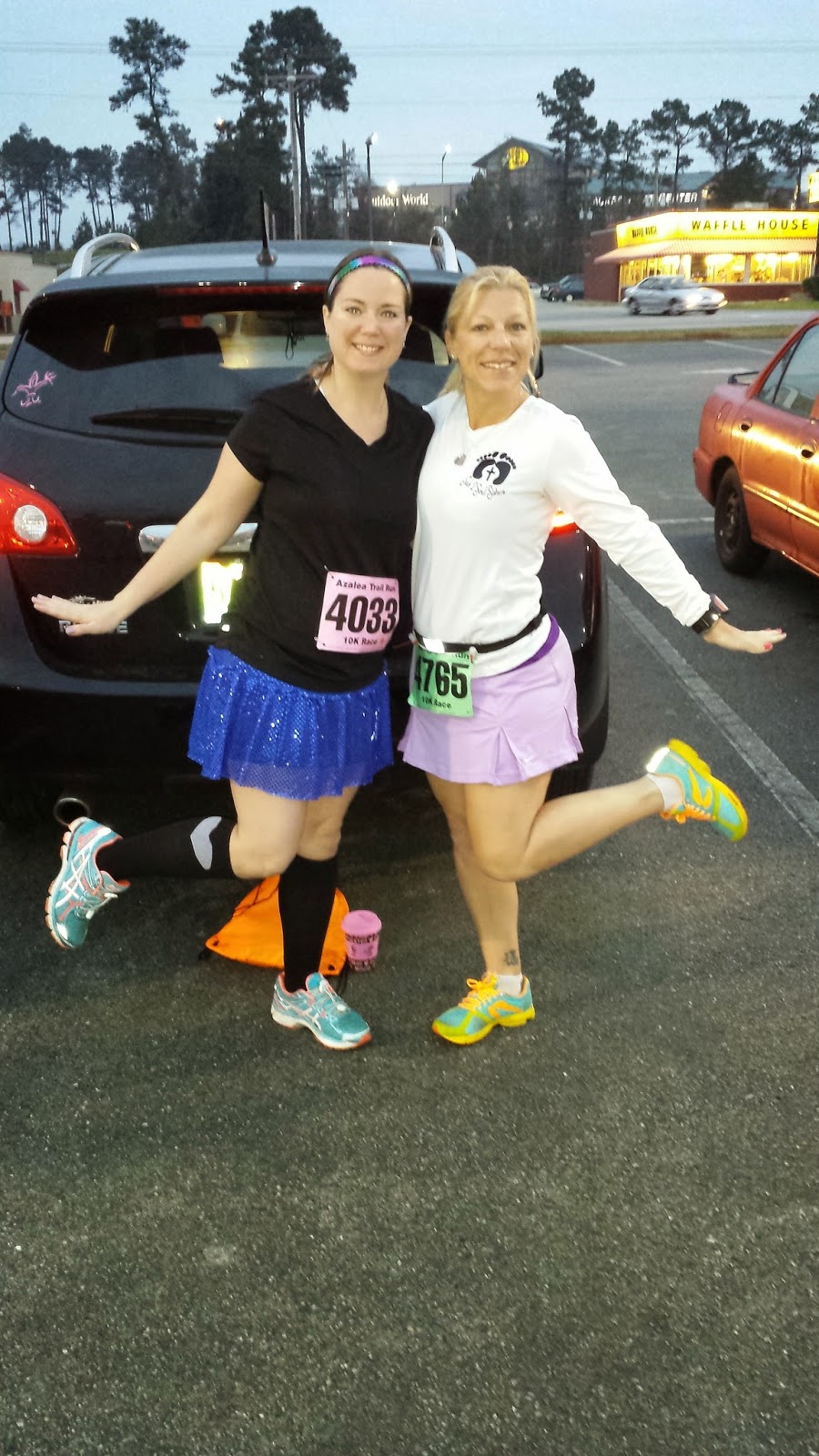 Once we got to the race we headed to the restroom! Luckily we were able to avoid the porta potties and use real restrooms in the Civic Center! Then I got a text from Elizabeth from Running for Bling. We were both headed to the start line and hoped we would see each other. Luckily, I just happened to glance around and I saw her! She was so cute and so nervous! She was aiming for a sub 45 minute 10K PR! I knew this was the perfect flat course for her to do it! 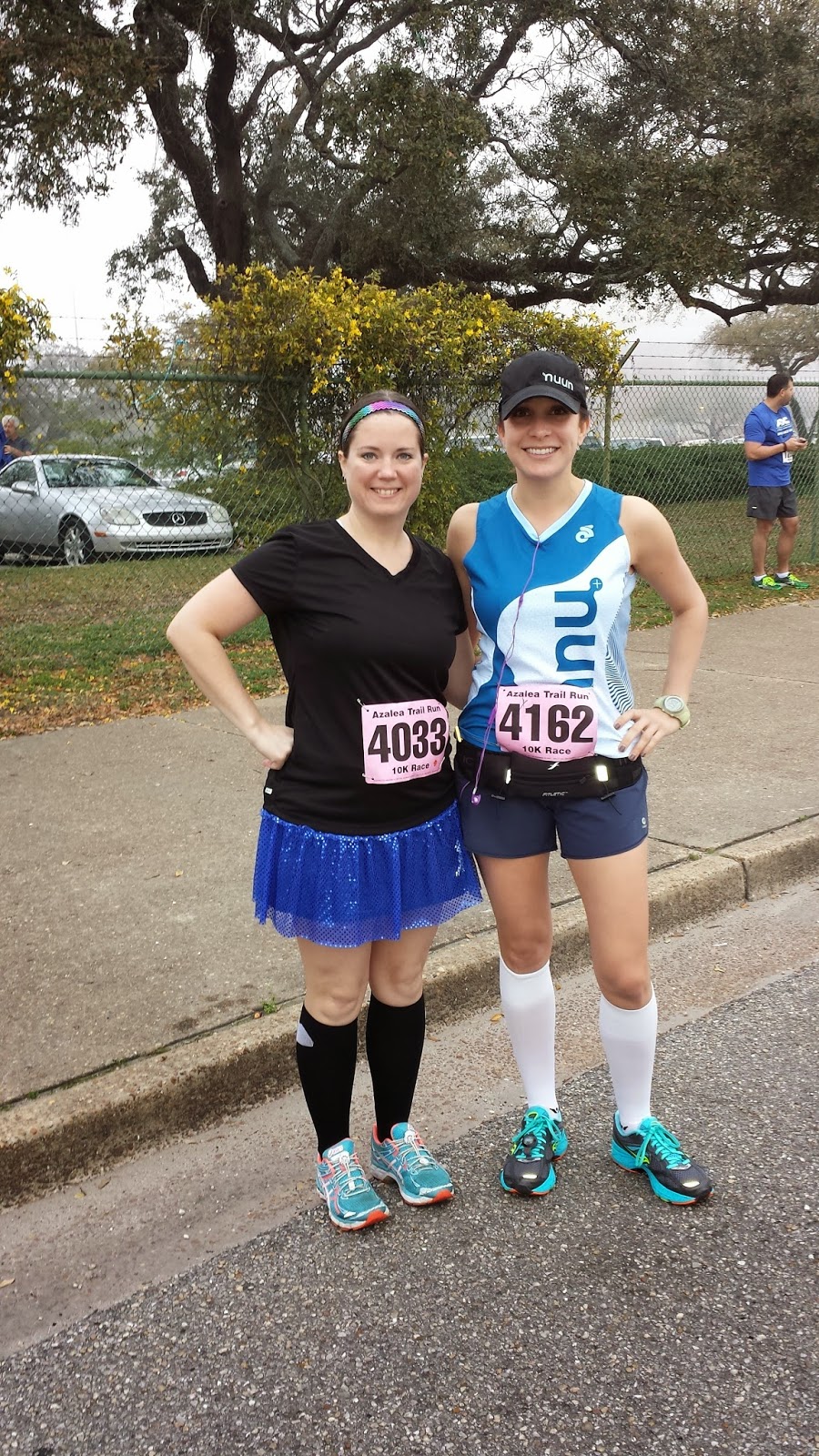 I wished her luck and then we headed to find more of our Sole2Soul Sisters. There were so many of us there from so many different groups! It was so great to see such a huge group of us! 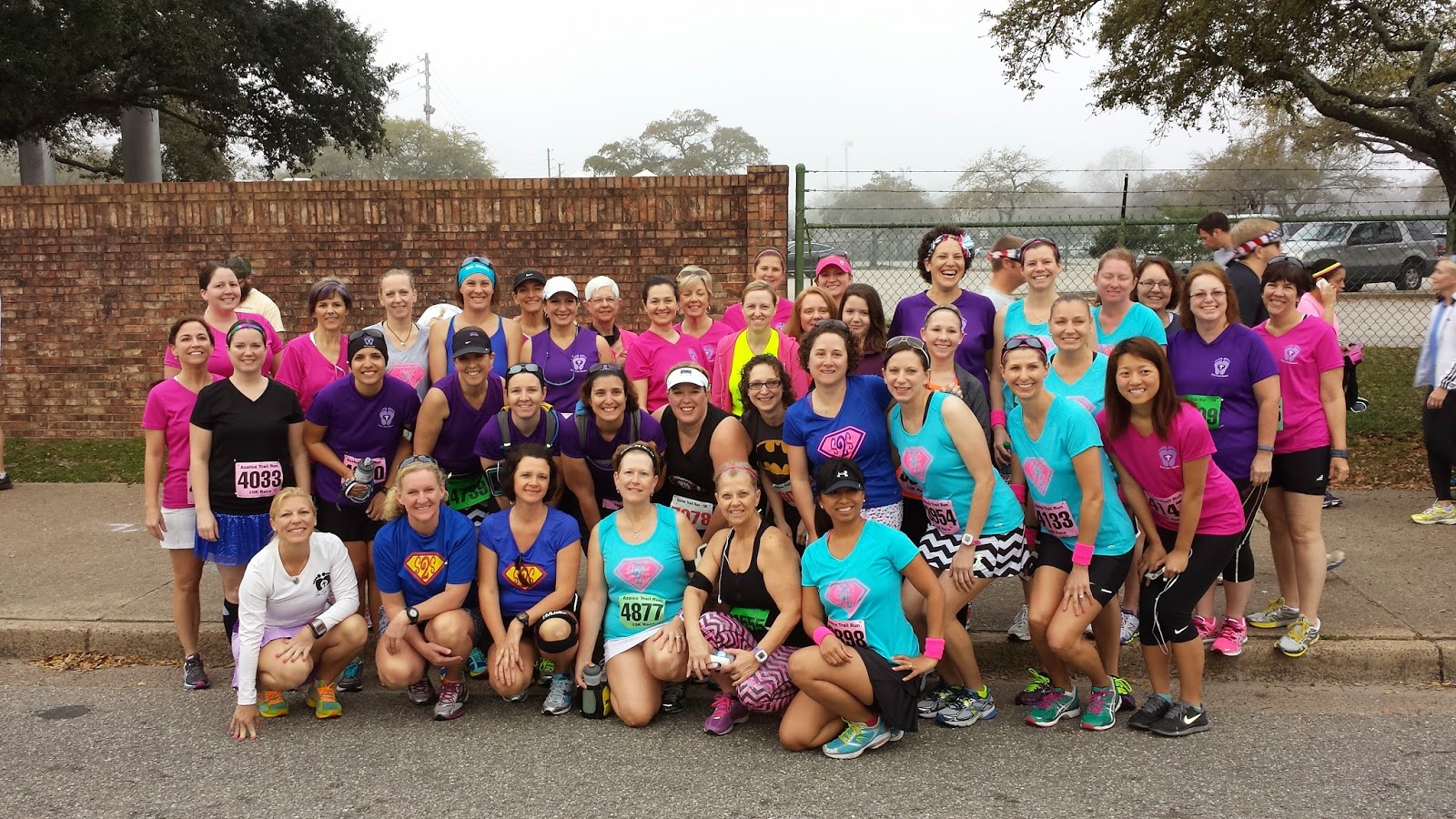 That is one thing I love about this race being local....you get to see so many people you know! 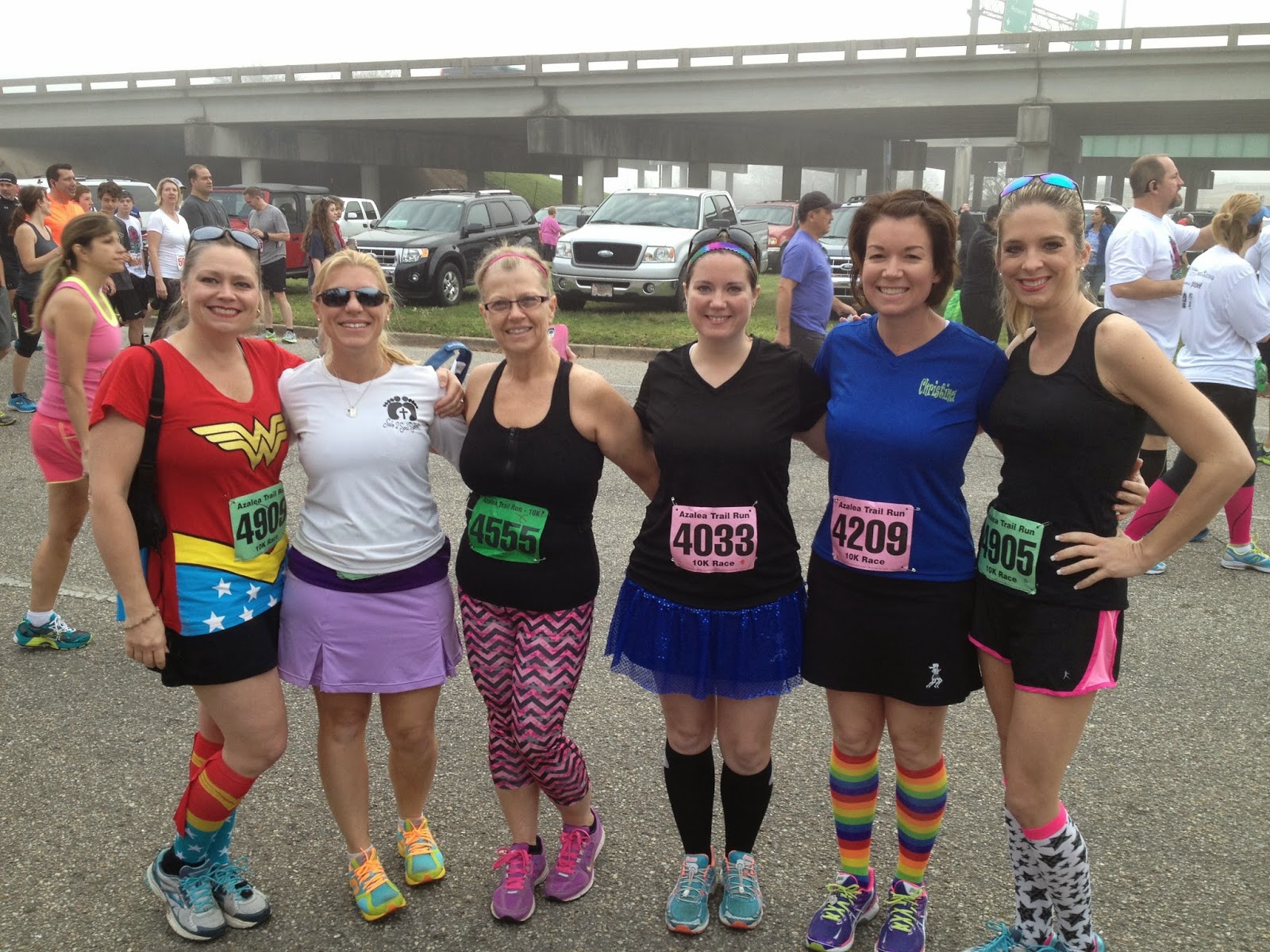 Then it was time to head to the start line! 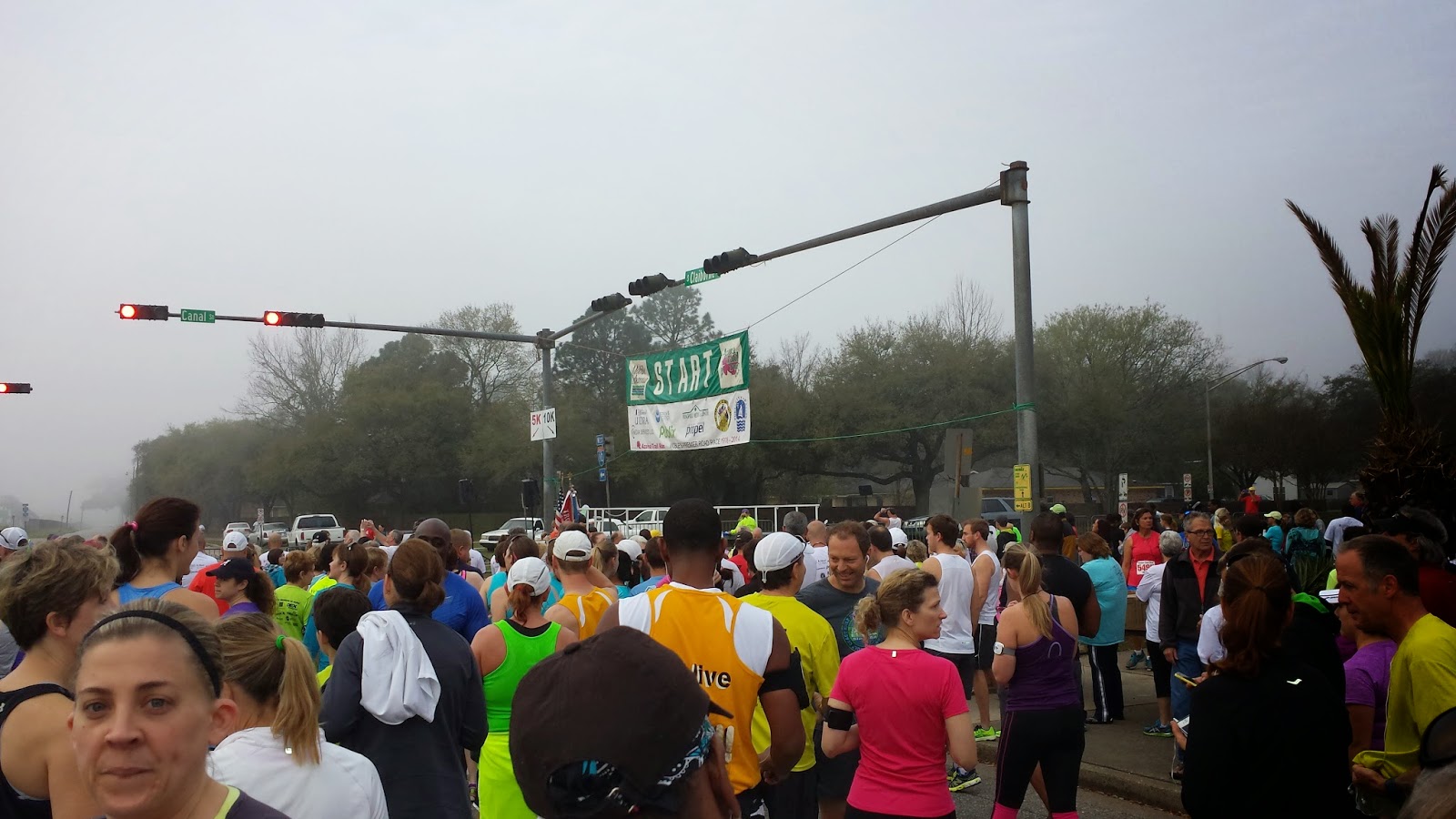 Before we knew it we were off! There were so many people running! So fun! 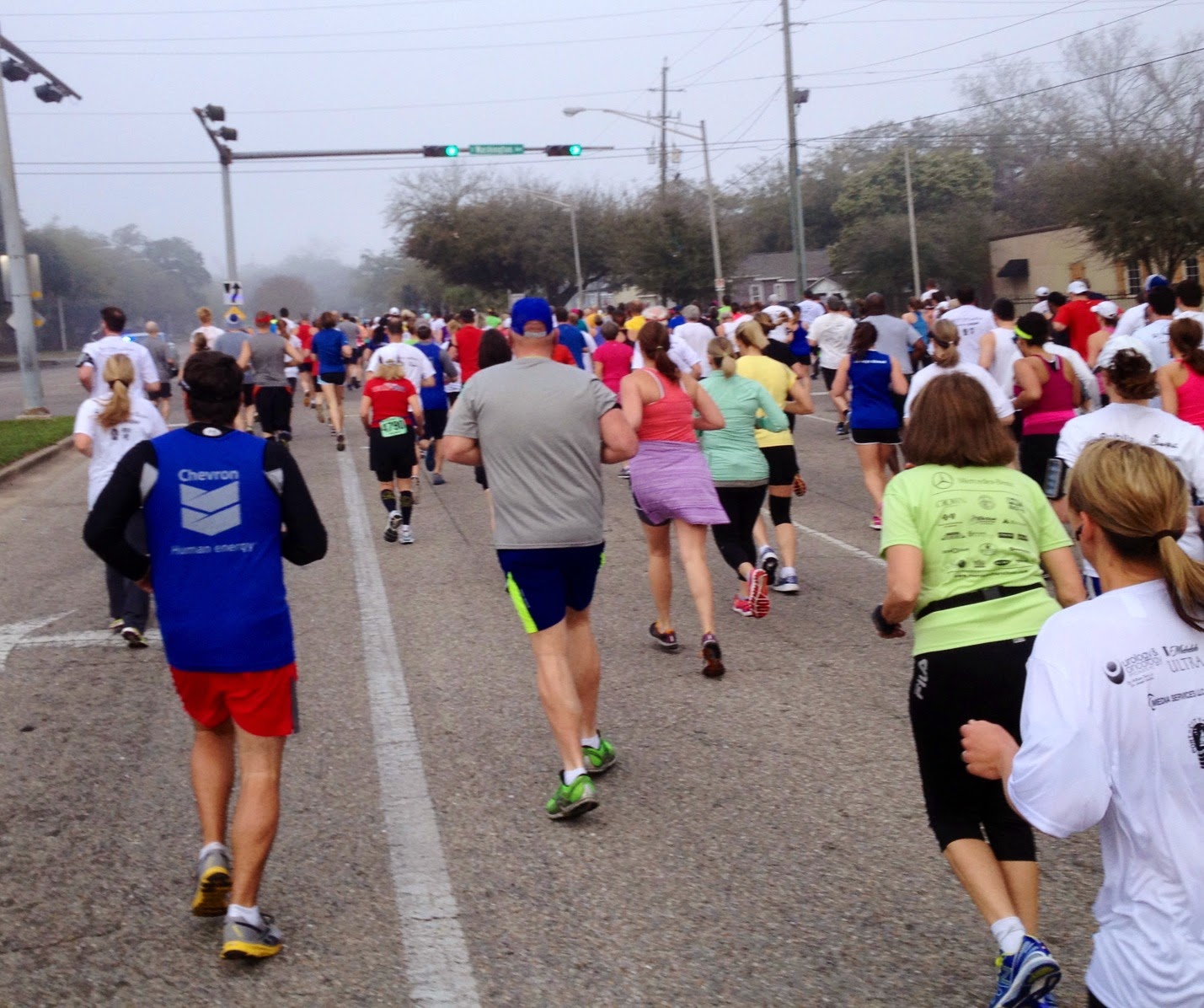 We were not even at a half a mile and we saw a Mardi Gras float! It's the first time I've seen one during this race! 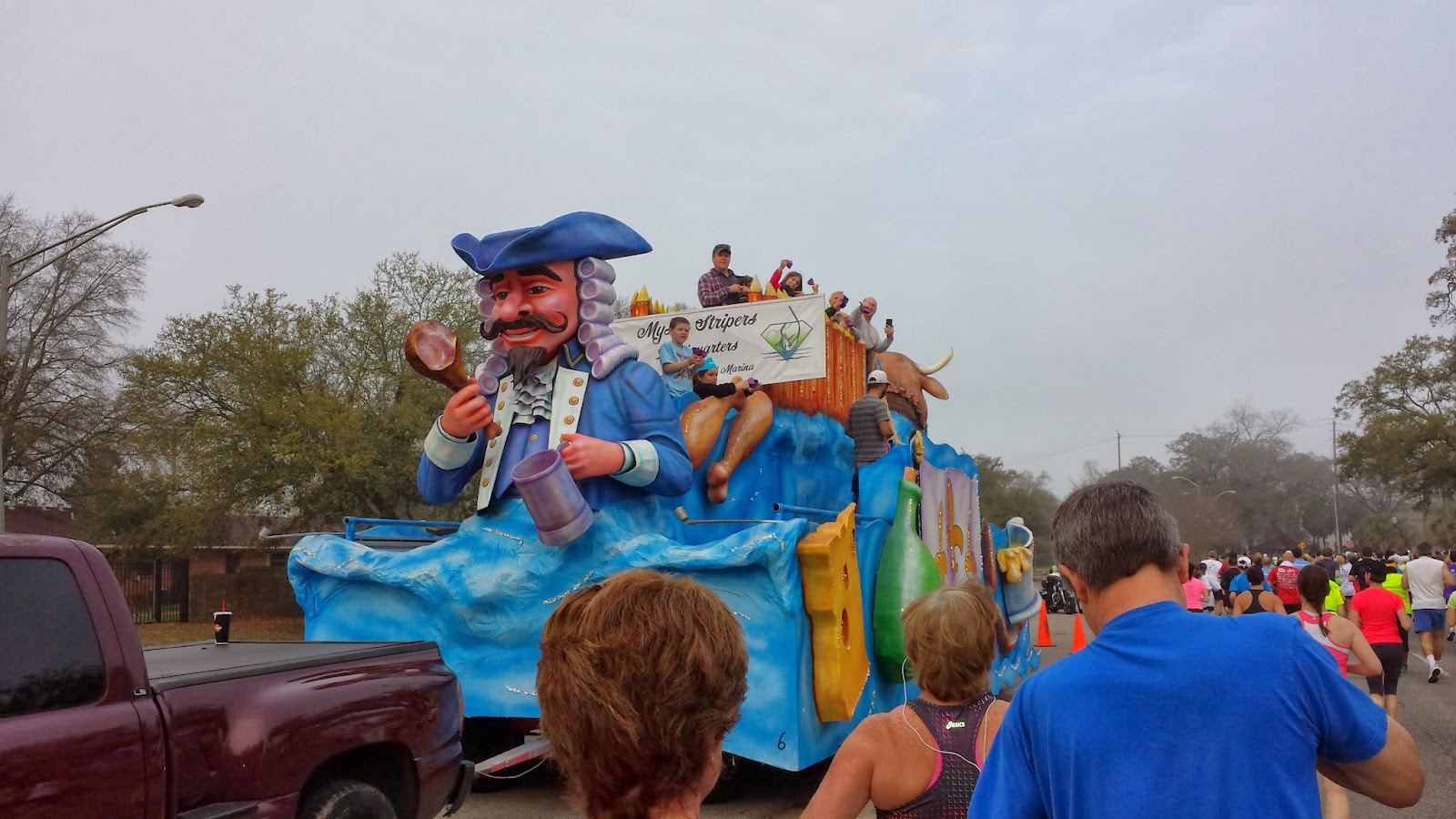 I started out slow and ran with my friend Paige. So far I was feeling great! Around mile 2 Paige had to stop at a porta potty. We ended up waiting about 5 minutes but I didn't want to leave her. So I people watched! 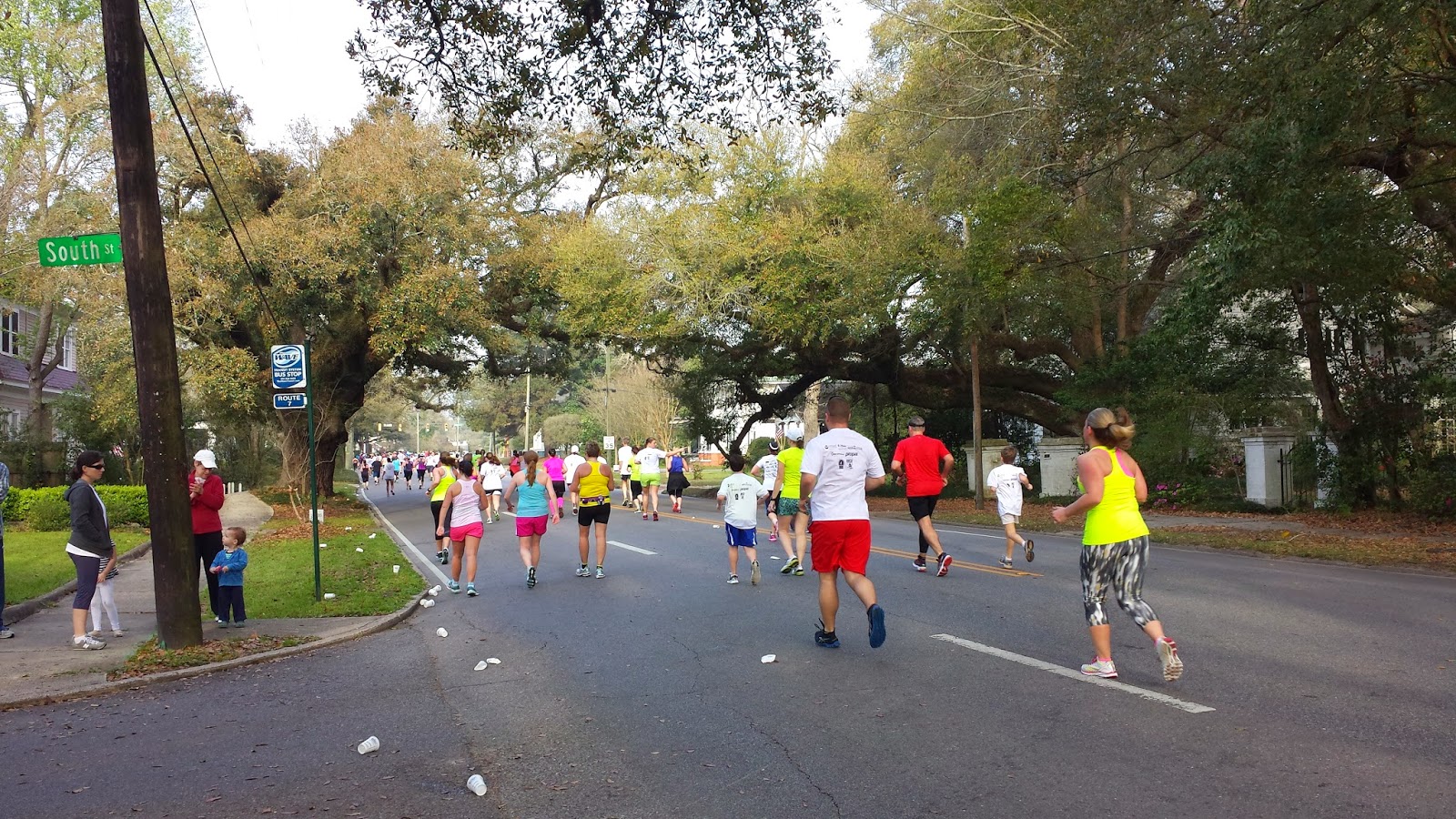 We got going again and picked up the pace. I was feeling great! It was fun running with Paige again! We hadn't run a race together since the Gulf Coast Half in October. We were having fun running and talking! 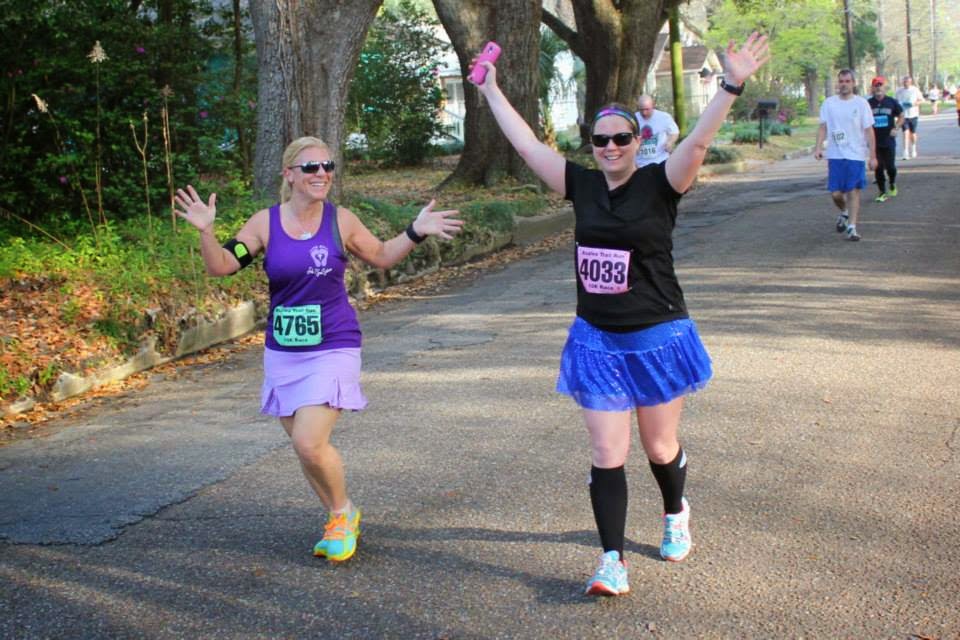 Thanks so much to my new friend Tim Ard for capturing this pic of us on the course!

Around mile 4 Paige wanted to slow down. I was feeling great so I decided to keep going! The last 2 miles of the race were solo. I was running pretty fast and I was loving it! I looked down at my Garmin a few times and I was running in the high 8's! I never run that fast!

Finally I saw the finish line! I started sprinting! My official time was 1:10:07! It is my slowest ATR time but I was happy considering I had strep throat a few days before and I stopped at the porta potty with Paige. 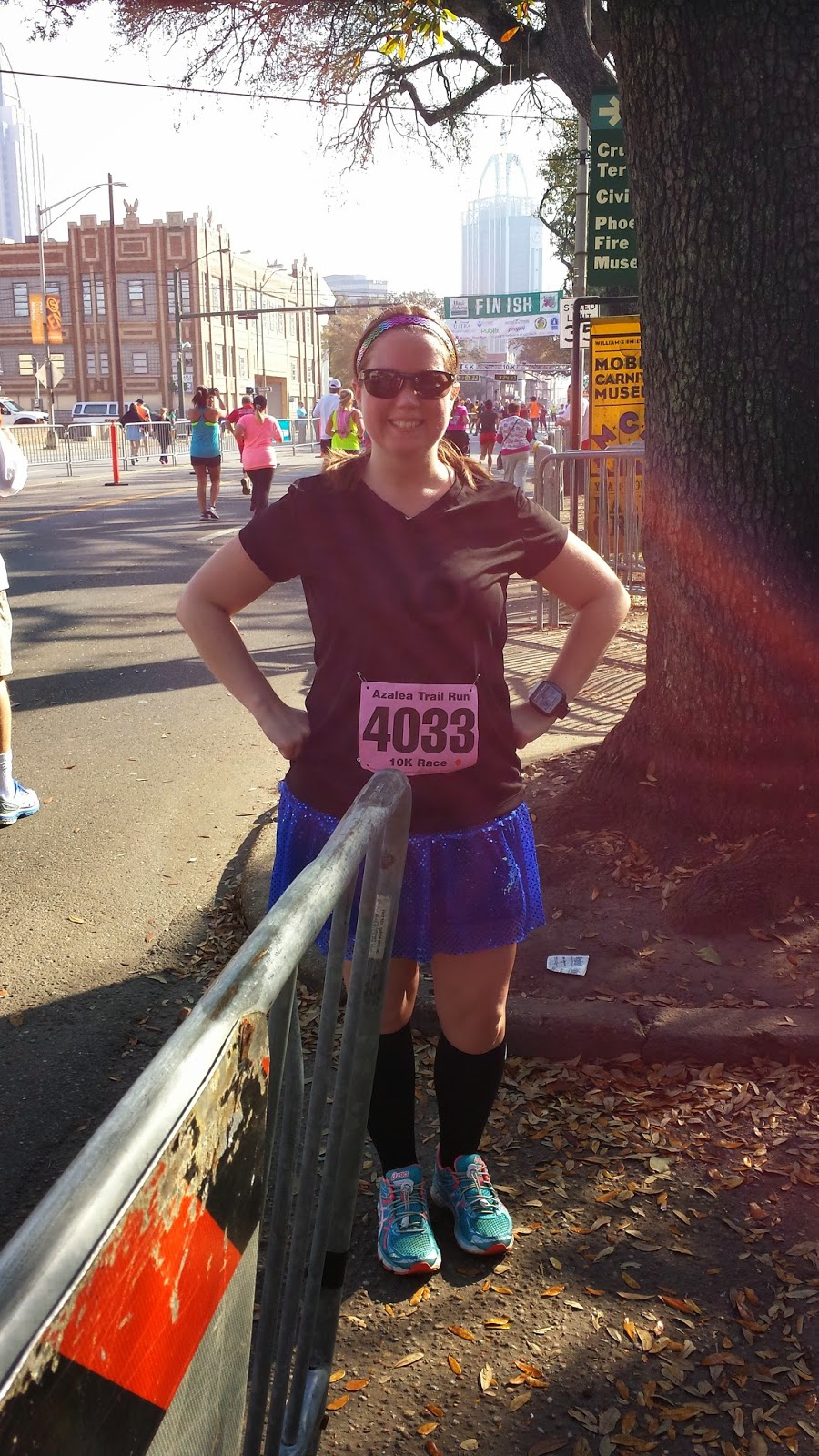 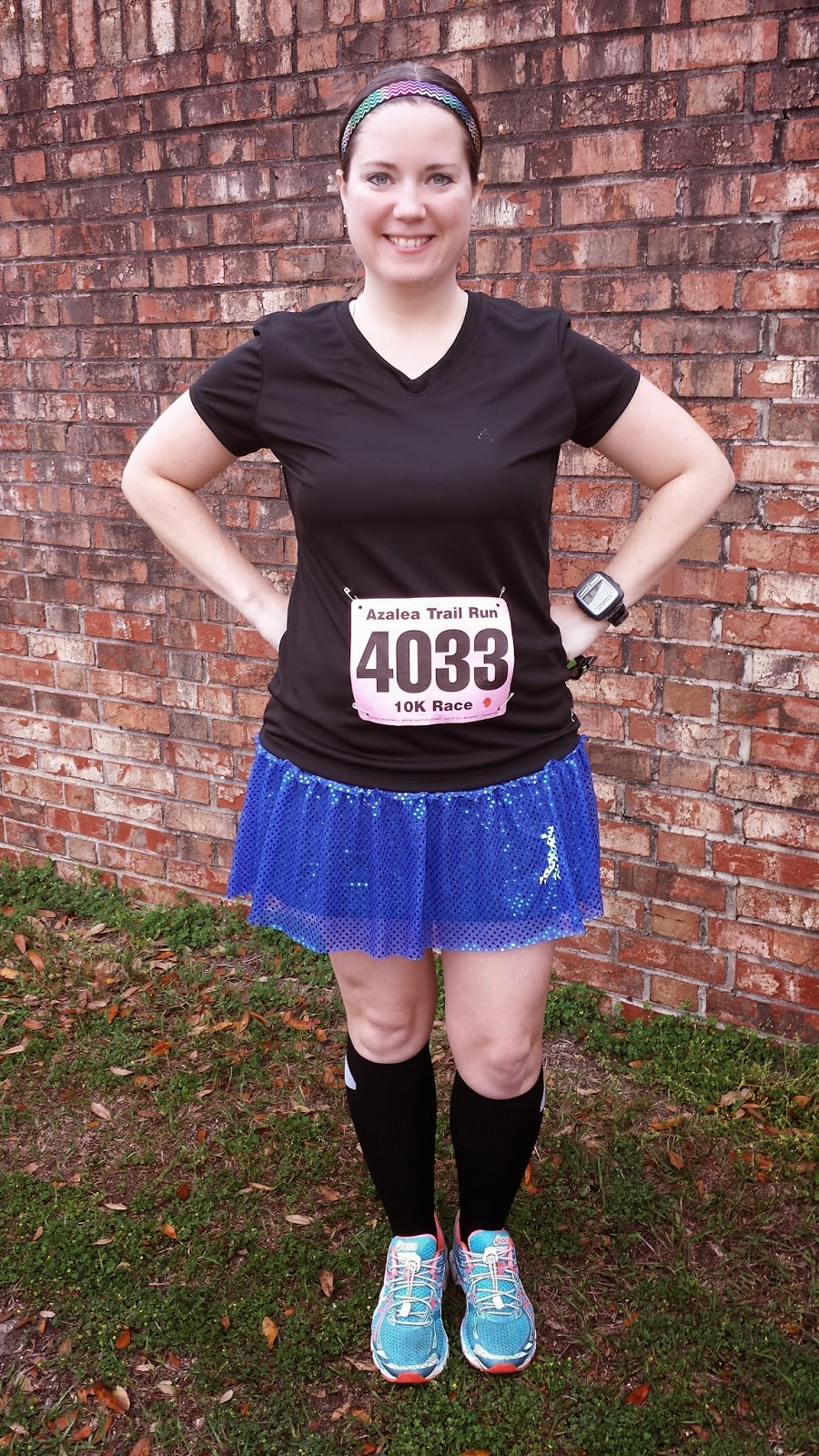 After the race I headed back towards the finish line so I could cheer on the rest of my sisters! Then we headed back towards the Civic Center where the after party was. On the way we saw these guys and couldn't resist a picture with them! I'm not sure about the men but the girl won first place in the 10K! Wow! (I think they thought we were crazy for wanting a picture with them lol) 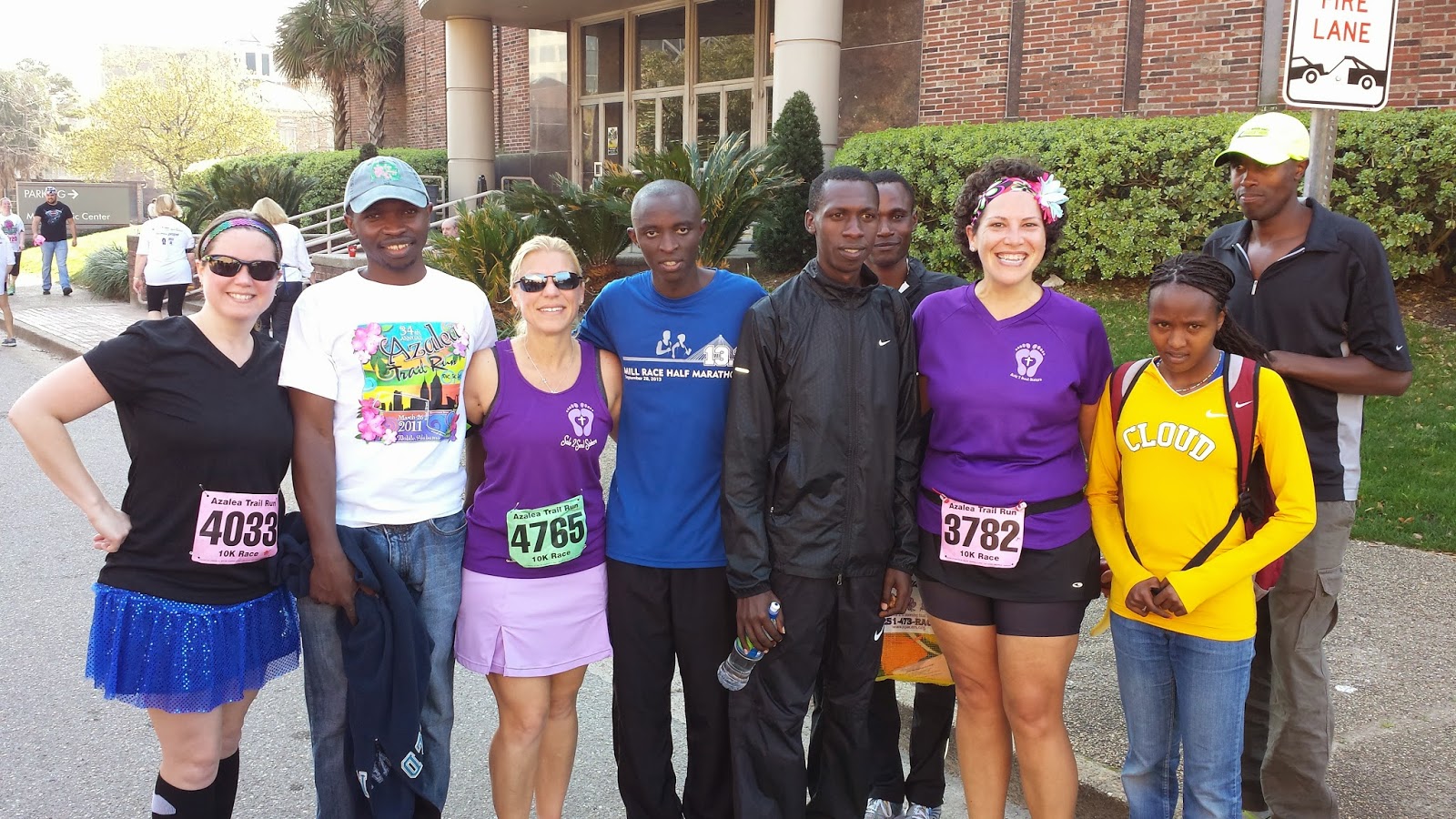 We walked around the expo a bit more. And a few of my friends got a post race massage! It was a great way to end and celebrate a race! 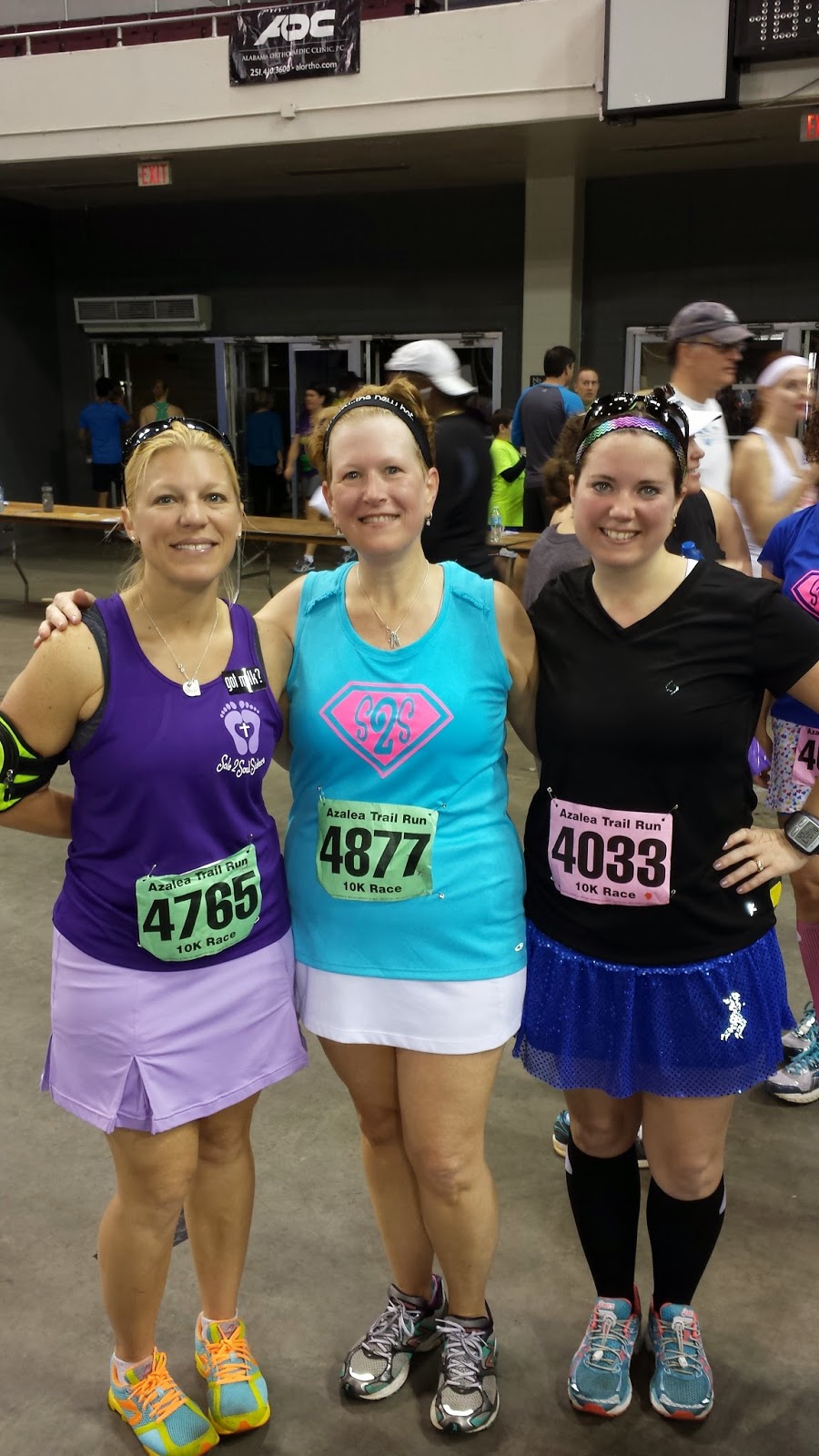 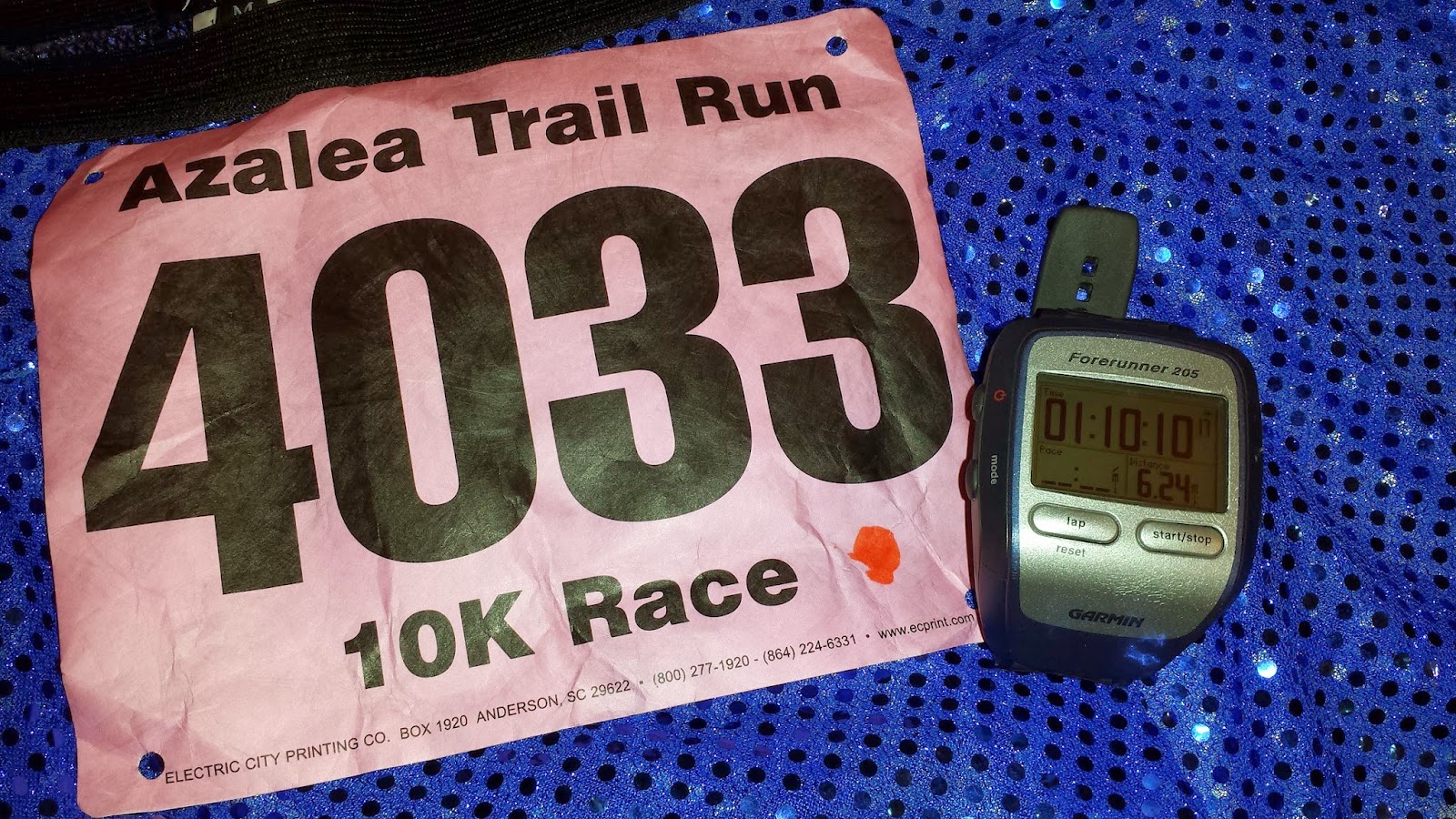 QOTD: Do you have a race that you run every year?