Disclaimer: I am a Rock 'n' Blog Ambassador. While I am not receiving anything for promoting this event, I wanted to share the information with you!

Have you ever been to Las Vegas? I haven't! But I've always wanted to! And what better way to explore Vegas than to run the strip at night???

The Rock 'n' Roll Marathon Series does just that! They have a race in Vegas! And it is the only race (period, not just in their race series) that shuts down both sides of the Las Vegas Strip so you can run it...at night! How cool is that?

I would LOVE to run this event one day! My friend Angela ran the half marathon a few years ago and had a blast! The race is November 16th this year (just after my birthday)! 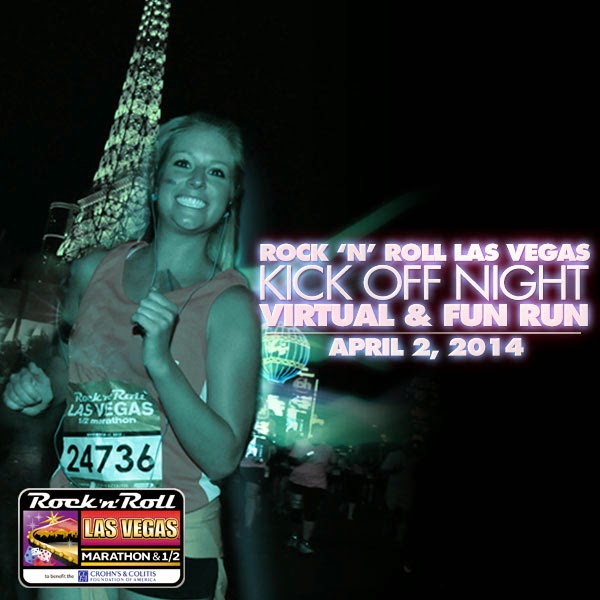 And if you're like me and you aren't close to any of those locations then you can participate in the virtual run between March 18th and April 2nd! All you have to do is submit proof of your 5K run and you will receive a digital medal! Plus the first 2500 participants will receive a limited edition Rock 'n' Roll Las Vegas promo tee!

All participants will also be entered to win an entry to Rock 'n' Roll Las Vegas 2014!!!

So how much does this cost??? It's FREE!!!!!! Yep! You heard me right! It's free to participate in the virtual run or the hosted run! Awesome!

Go ahead and sign up now! I'm already signed up to run the Virtual 5K!

QOTD: Are you going to sign up for the virtual race or go to one of the hosted runs?