So this weekend was my last long run before the Gulf Coast Half Marathon!!!! I can't believe it's almost race time! Since it is taper time I only had 6 miles on the schedule.

I was super excited because Jenny was coming to run with me! She's been dealing with an injury but was given the ok to run 6 miles. I've so missed running with her!

The temps were in the 60's so it was warm and humid. But I was ready to run! I told Jenny we had plenty of time to run but I couldn't linger and talk (like we normally do) after the run because I had to have time to shower and be ready to leave by 8:15 AM for day 2 of my conference. I hated to rush our time together but I was excited about day 2 of the conference.

The run started out great! I picked a different route for us to run. I didn't think there would be a lot of traffic that early in the morning...but boy was I wrong! We were dodging traffic almost the entire run!

We did get to see the sun rise which is always a favorite of mine! 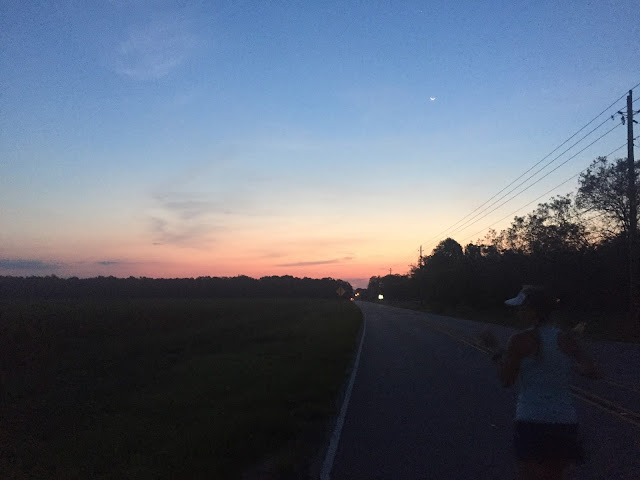 I felt great the entire run! Jenny's leg was tight but she wanted to keep going. So we did. We got halfway through the run and I had to take another sunrise picture! It was so beautiful! 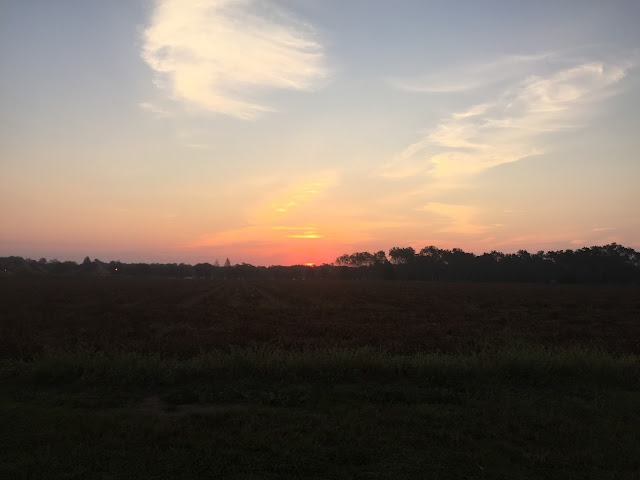 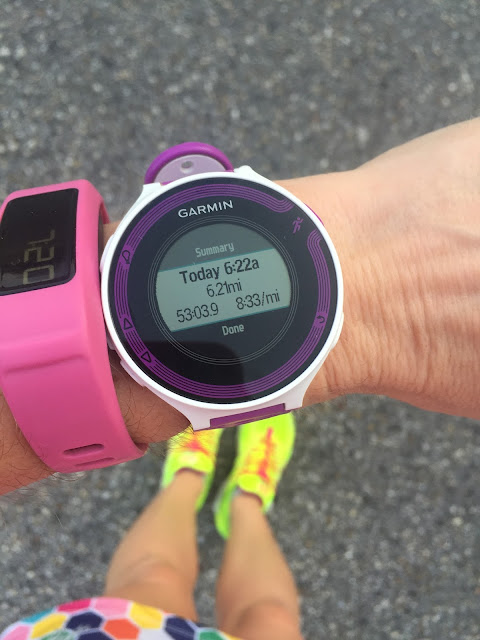 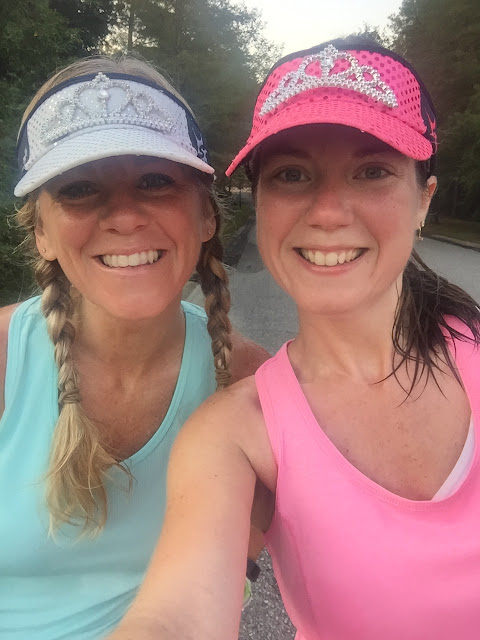 I was super proud of our time! And I had plenty of time to get ready for my conference!

Later that day I pulled up my splits for the run. Holy cow!!! We were smokin'!!!! Negative splits the whole way! I'm hoping for a great run like this one and like my 12 mile run for the half!!!! 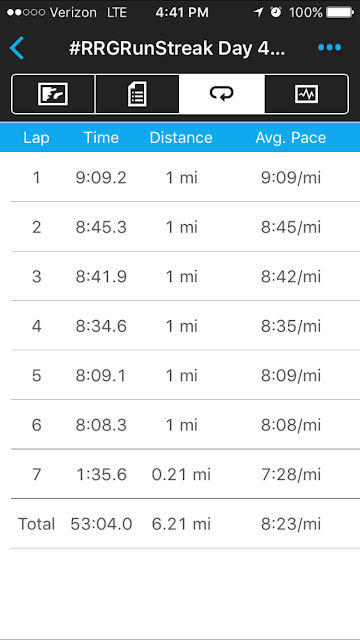 It was so great running with Jenny again!!! I can't wait to run the half this weekend with her!

QOTD: Do you aim for negative splits on your long runs?