Time for week 3 of training...which meant 9 miles to run! I wasn't dreading this run as much as I did last week's run because last week's run was so good! I was hoping for the same type of run.

I started early. The sun was just starting to rise. But it was hot, humid, and cloudy. I didn't get to see much of the sunrise because the clouds were covering it. But there was some heat lightning way off in the distance and that was gorgeous to watch! 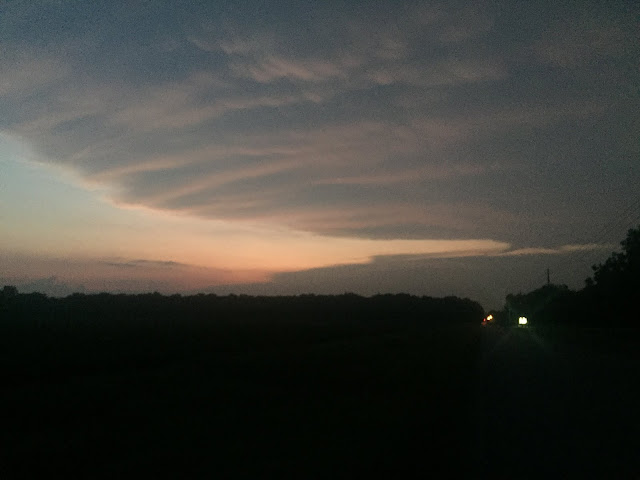 My goal was to run between a 9:00-9:30 pace. Any time I felt myself speeding up I would try to slow back down.

I really liked the route I ran last week so I decided to run that again...plus another mile.

I knew I would need some water during the run so I carried a bottle with me the first 2 miles. Then I came to my first neighborhood and I dropped the water bottle at the entrance. It was tough running carrying a full bottle of water y'all! I've got to get a handheld water bottle with a strap on it...any suggestions?

I ran through two neighborhoods and then I took a right (instead of a left like last week) to run the extra mileage I needed. That meant a pretty steep hill was ahead of me but I ran it fine! I was feeling great!!! 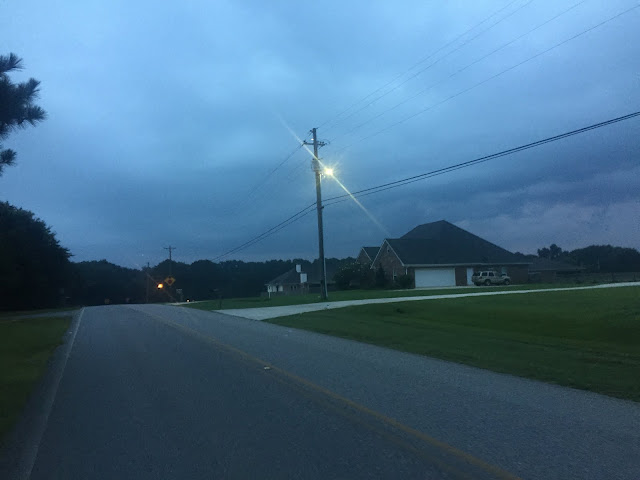 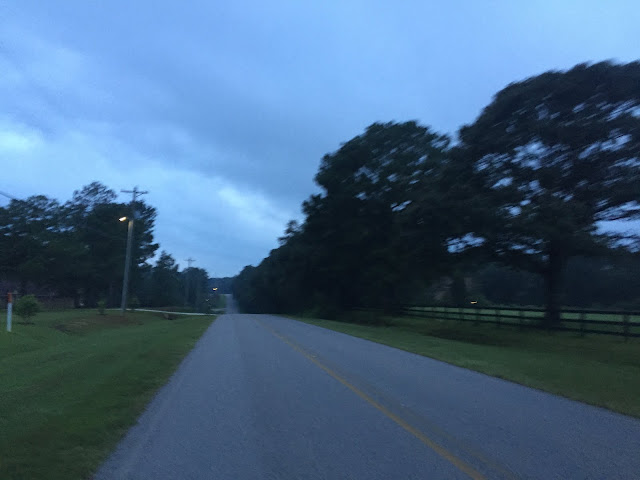 I even attempted a running selfie lol! 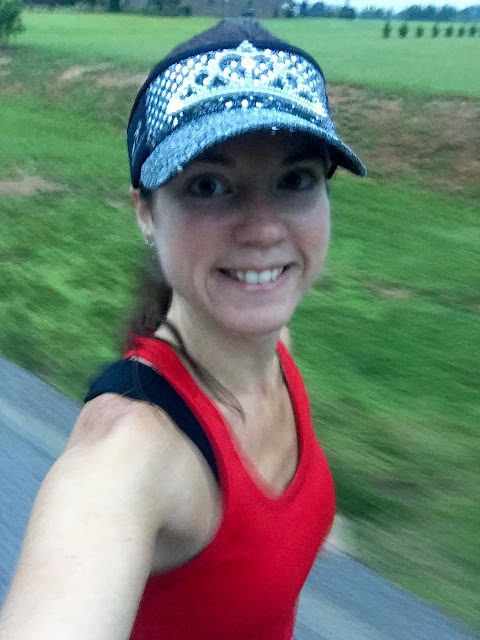 I turned around and headed onto the 4 lane highway. 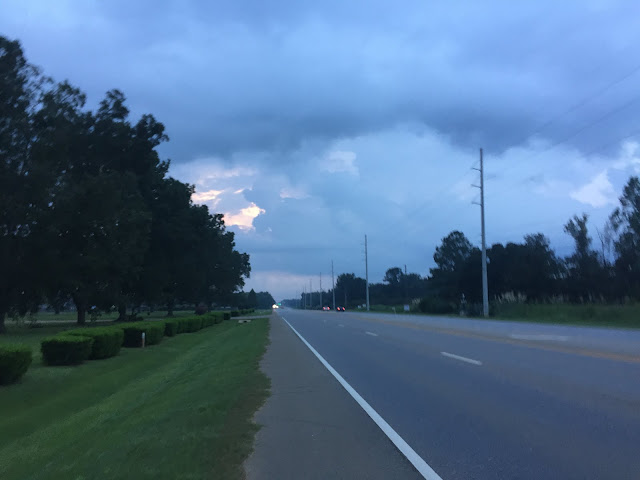 Then I did another loop in one of the neighborhoods. 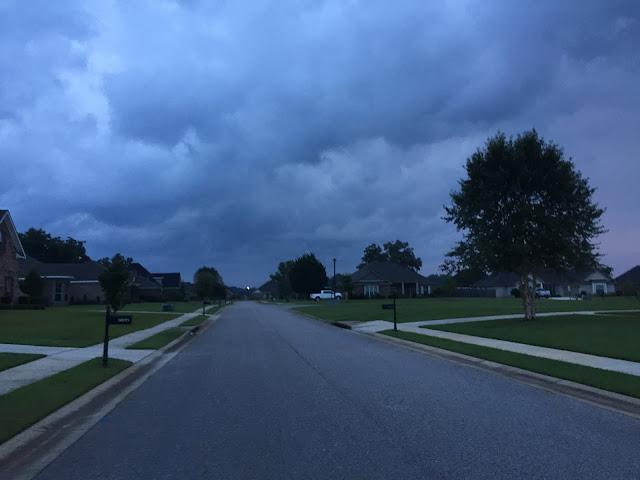 After the loop I came to the neighborhood exit...and to my water bottle. It was around mile 5.5 by that point and I was so ready for some water! 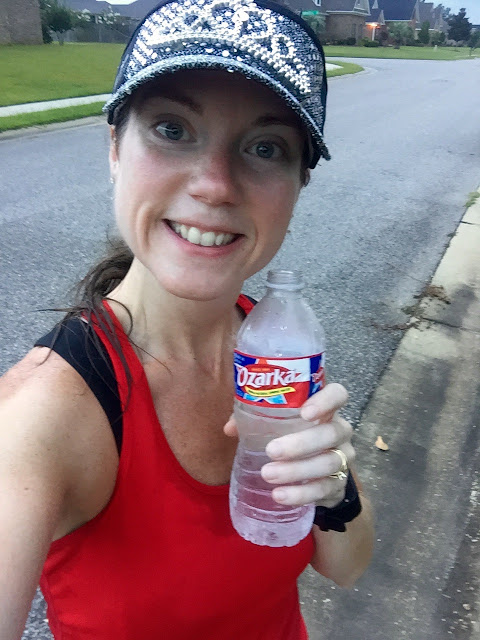 After my water I headed back home. I only had a few miles left! But there I was carrying my water bottle again! This time it was empty so it wasn't as hard to run with. I kept my eye out for a trash can to throw it in but I never saw one.

I came to the road where I made a left hand turn. 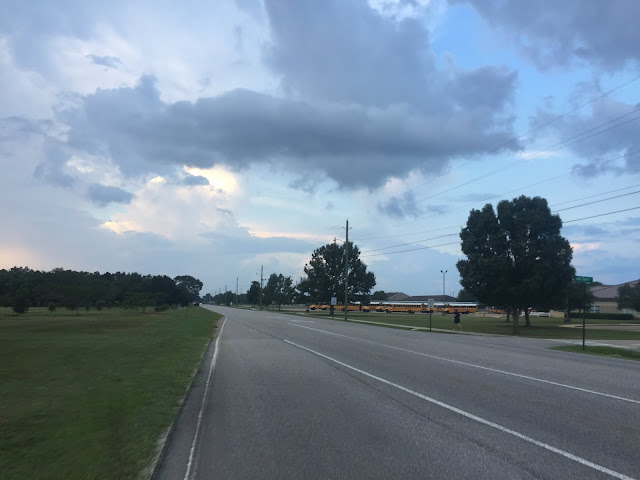 At this point I got a good idea! I had to run pass the recycling center so I decided to run through there and recycle my water bottle! And that's what I did! At this point it also started raining a little. It felt so refreshing!

I ran through the Softball park and finished my 9 miles in there! 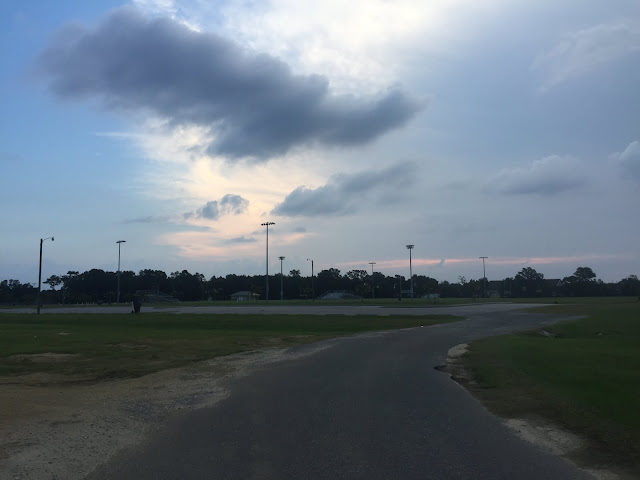 I'm very pleased with my pace! I met my goal! And the run felt amazing since I wasn't running too fast! 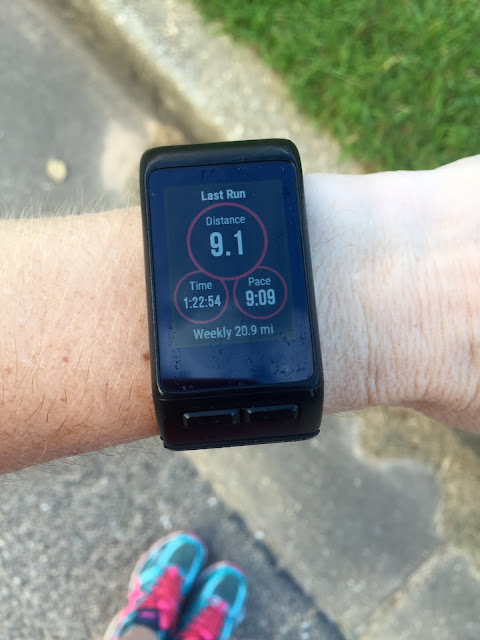 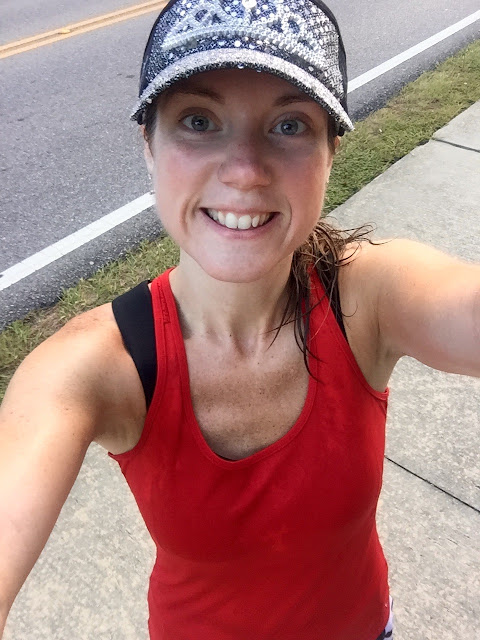 My training is going so well! I only hope the race goes as well too!

QOTD: What race are you training for right now? Do you drop water or carry a handheld bottle? I need suggestions!