Week 4 of training called for 10 miles!!! I was actually pretty excited about this run! It has been a long time since I've run double digits and I was ready! Especially since I've been slowing down on my long runs and that's made the runs more enjoyable.

I had to do some planning for this long run though. I needed to drop water somewhere along my route because I knew I was going to need it for 10 miles.

I decided on a route that would go by my friend Donna's house twice. I texted her and asked if I could leave a water bottle on her front porch the night before. I knew she wouldn't mind and she said of course I could! I was going to use it as a double water stop. So I dropped my water the night before and I was all set!

It was hot and humid Saturday morning but that's just the way it is here on the Gulf Coast right now. So I didn't expect anything different.

I woke up at 5:00 am because my hubby and Hayden were camping with the boys scouts and that meant I would have to walk Archie before my run (Andy normally does that on Saturday mornings so I can get started on my long run). So Archie and I walked for a mile. Then I dropped him off at home and started my run.

The sun was just starting to rise although the clouds were hiding most of it. 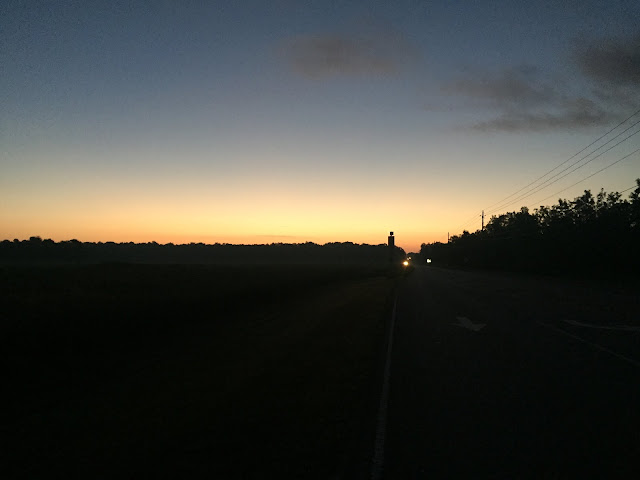 My plan was to run the same route as the week before but to add in that extra mile in the middle. So I had to run on the 4 lane highway again. Luckily on Saturday mornings the traffic isn't terrible. I made it safely to the first neighborhood I would be running in. 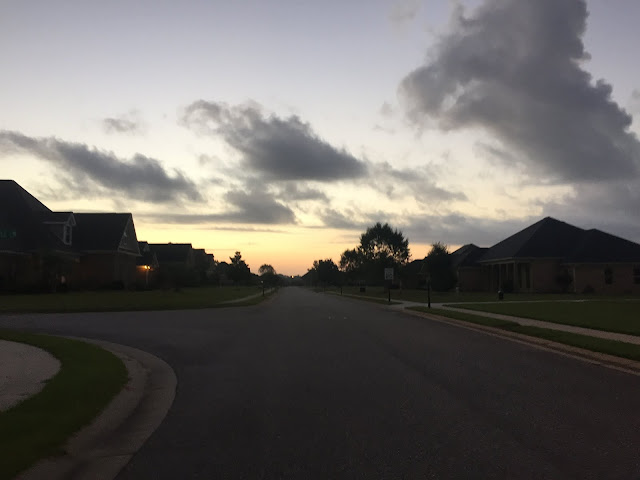 The run was going great! I was feeling good! And then I entered the second neighborhood and the first stop for water.

Let me tell you how sweet my friends are! When I got to Donna's porch her and her husband had put my water bottle in a cooler! I was so ok with drinking it at room temperature! But they had it cool for me! They also had a towel sitting on top of the cooler for me to wipe my sweat off AND a little dish of water for Archie in case he was with me! Soo sweet!!! 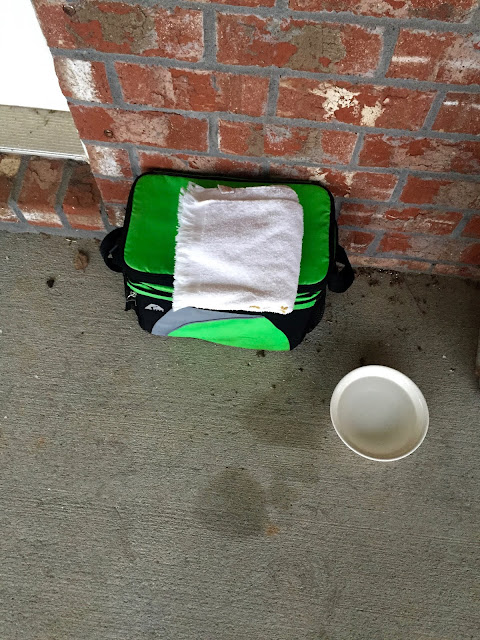 But that's not it! When I opened the cooler not only was my water bottle in there but there was also a Gatorade AND Donna's husband Gary had left me a note attached to some coconut water telling me to try it if I hadn't already! Y'all! This kindness just made my day!!!!! 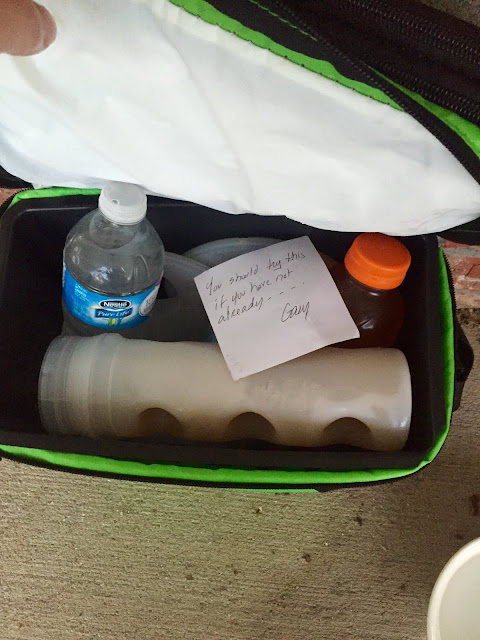 I drank a little of my water and then I headed back on the road. This was the part of the route that I knew may be a little tough. First...there was a hill I would encounter. 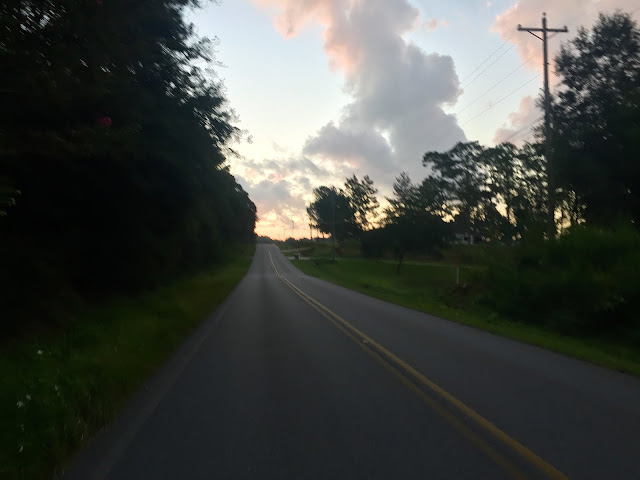 Then...I would be running a road that I hate running because it is just so long and boring. Luckily I wouldn't be running the entire road....I just had to make it to 5 and then I could turn around.

I tried to take my mind off it and enjoy my surroundings. The clouds were so pretty! 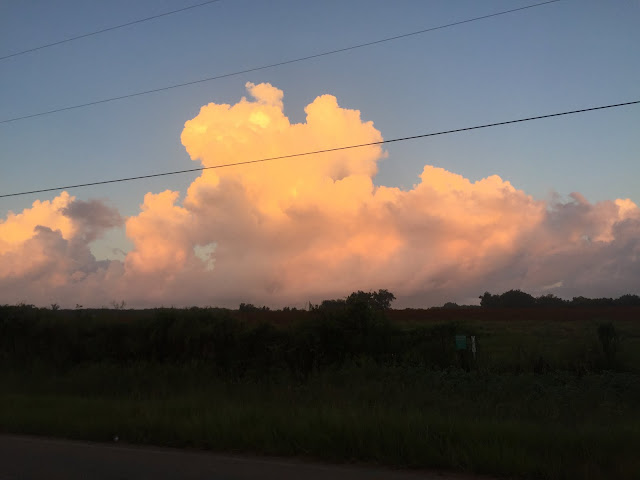 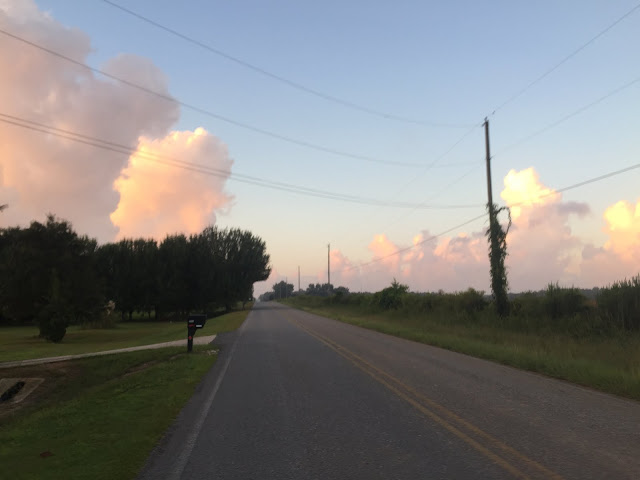 And I just love this field with the water tower in the background! So pretty! 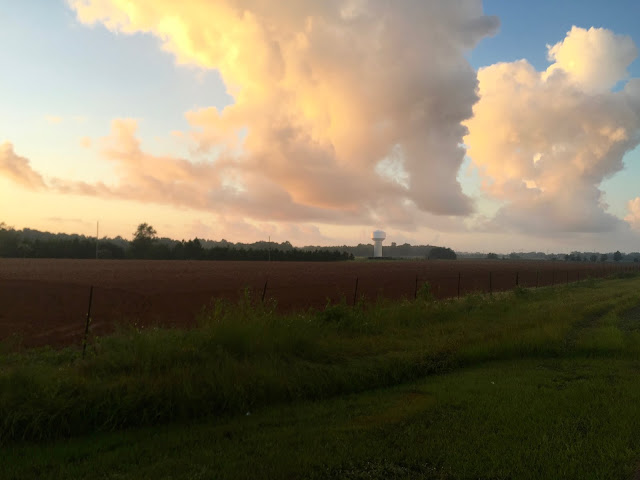 I was running along around mile 4 and I look up and see someone running towards me. Then she yells out, "Hey!" I got a little closer and it was my friend Jenny! She was running 17 miles that day for her first marathon training and was at mile 12. She turned around and started running with me! We talked and talked and then it was time for me to turn around. She said she would turn with me and she ran with me all the way back to Donna's for my next water stop! It was great seeing her and catching up! It has been a while since we've seen each other. 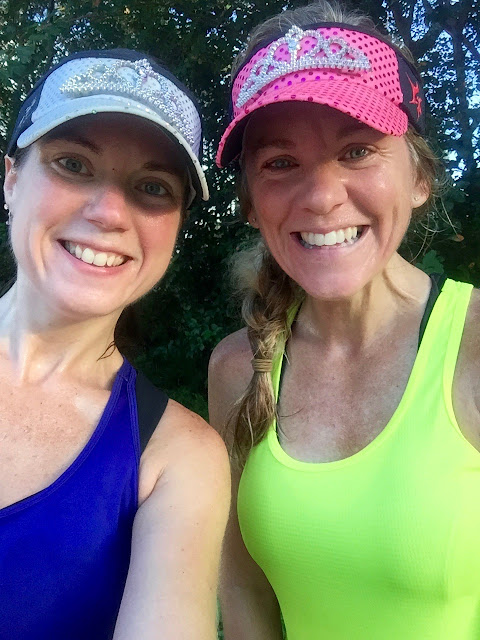 We said goodbye since we needed to run in opposite directions to make it home. But it was nice having someone to talk to while the miles passed!

At this point I had 3 miles left. I was reversing my route so I ran in the same neighborhoods again. 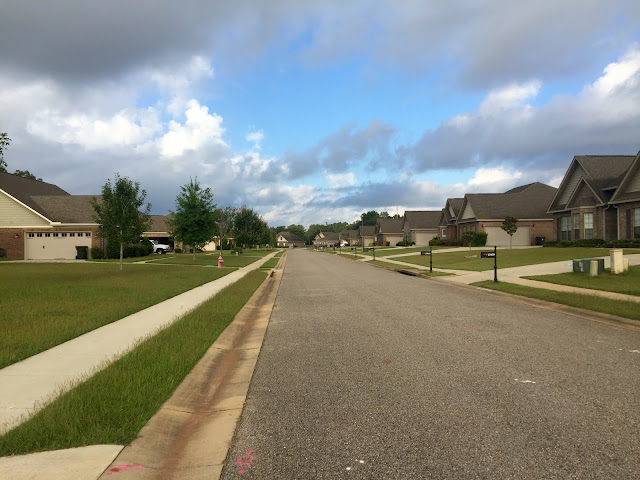 The sun was shining at this point but there were still clouds in the sky. Before I knew it I was back on the road that leads to my neighborhood. I only had about 1.5 miles to go...and it started sprinkling! Yes...this same thing happened last weekend on my long run too! But it was so welcome and refreshing! 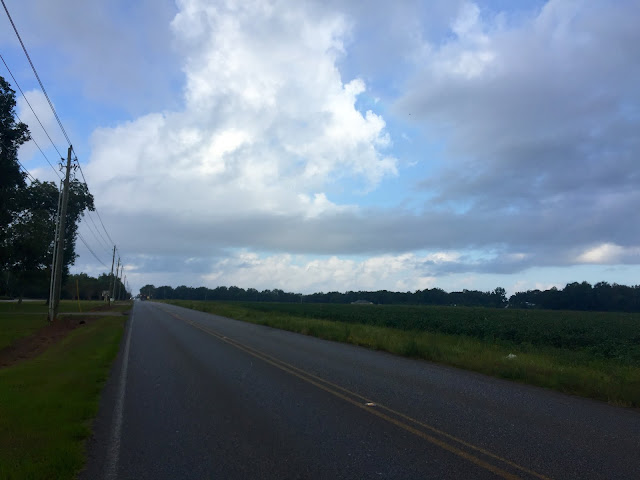 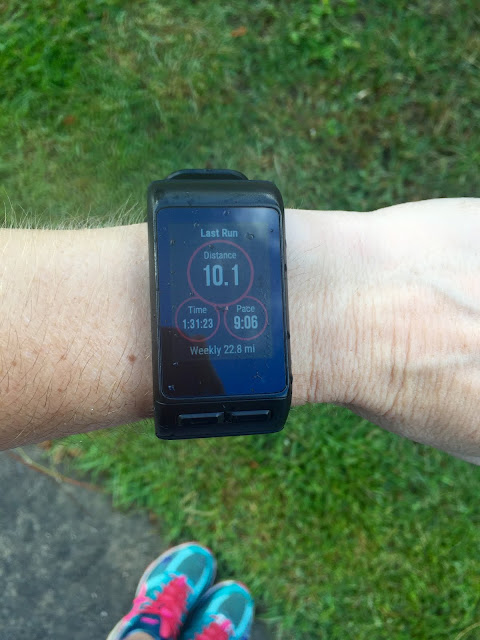 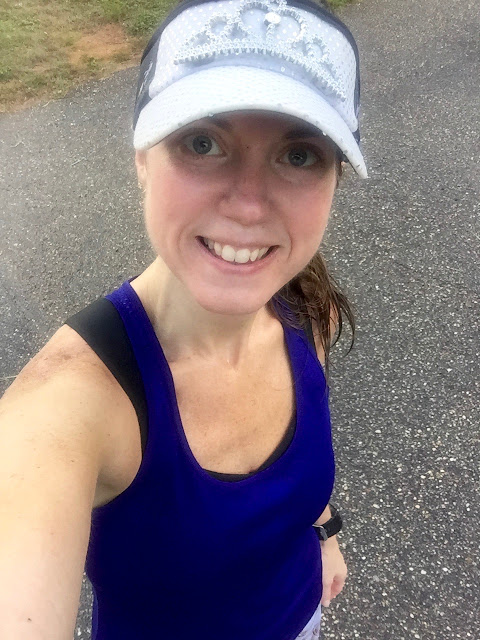 I'm so very thankful for another wonderful long run! I'm so grateful that this training is going so well! I'm getting so excited for race day!