This week 11 miles was on the schedule! I was looking forward to this run! I even decided to continue the same route I had been doing. I just needed to add in one more neighborhood to get in the extra mile I needed. It was also so convenient using my friend's house as a double water stop so I planned for that again.

The only thing...on Friday afternoon I started getting a scratchy throat. That made me not feel too good. It didn't surprise me because everyone in my family has had it but me. So I guess it was my turn. That made me a little worried about the next day's run. But I knew I would still get it done regardless.

I woke up with the same scratchy throat. But it wasn't going to stop me. I didn't have any fever...just the sore throat. So I headed out for my run. I woke up early so it was pretty dark when I started running.

The first 2 miles were in the total dark so I couldn't take any pictures. But once I hit my first neighborhood I tried! 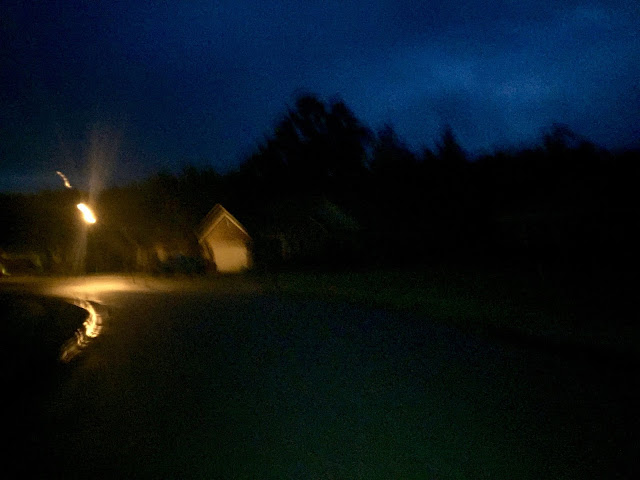 Before I knew it I had made it to my second neighborhood which was mile 3...and my first water stop. I drank half my bottle of water and then continued running.

The next part of the run was down the road I hate to run on. It's so long and seems never ending. But it was a must to get in the mileage I needed. 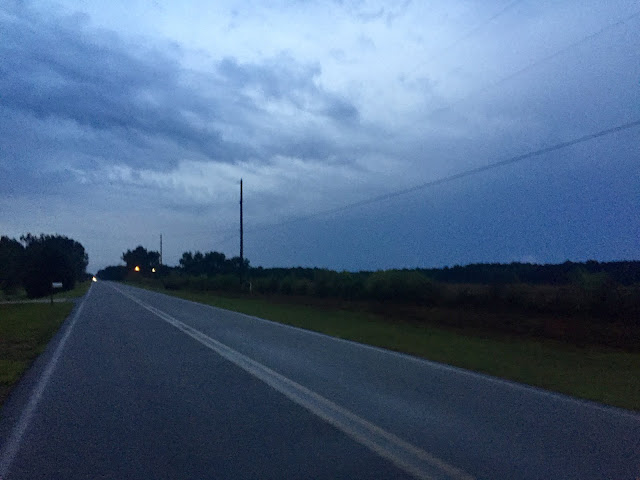 Around mile 4 the sun was trying to peek through. But it was pretty cloudy. Rain was predicted for the day. 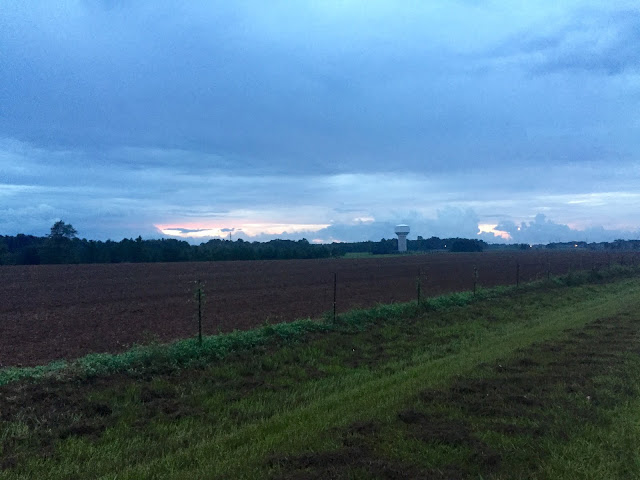 I made it to the new part of the route...the additional neighborhood. Then it was time to turn around and run back. I was feeling pretty good despite my throat hurting. My legs felt great. And I was focused. It had also started to rain some. It was just a light sprinkle but it felt great! 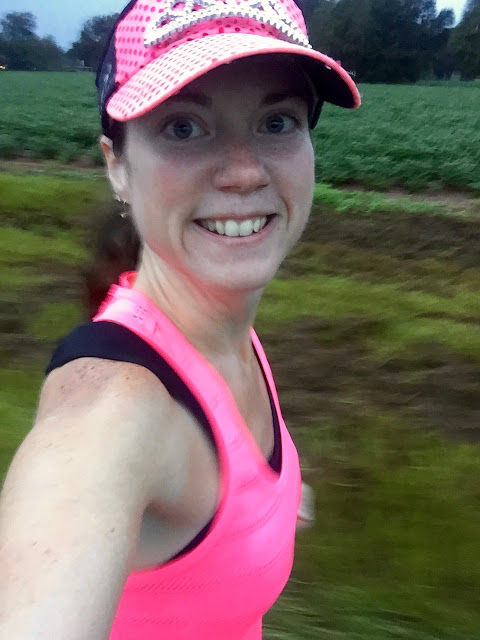 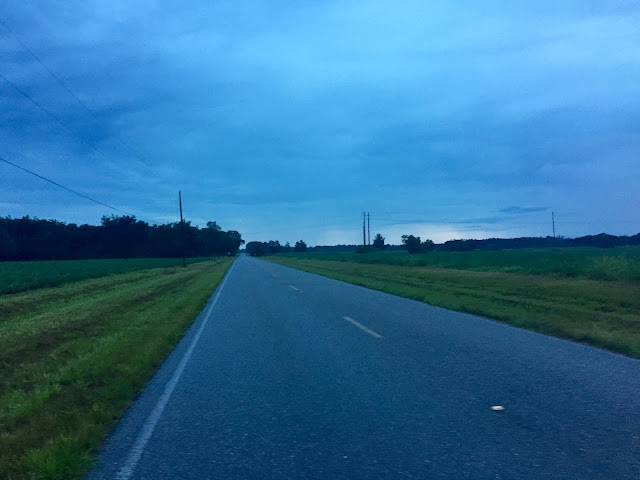 Mile 8 was my second stop for water. Then I was headed home! 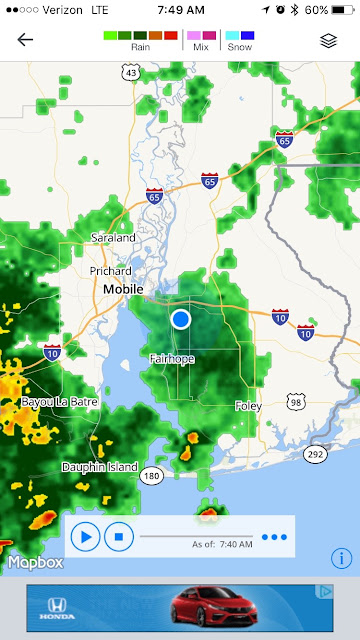 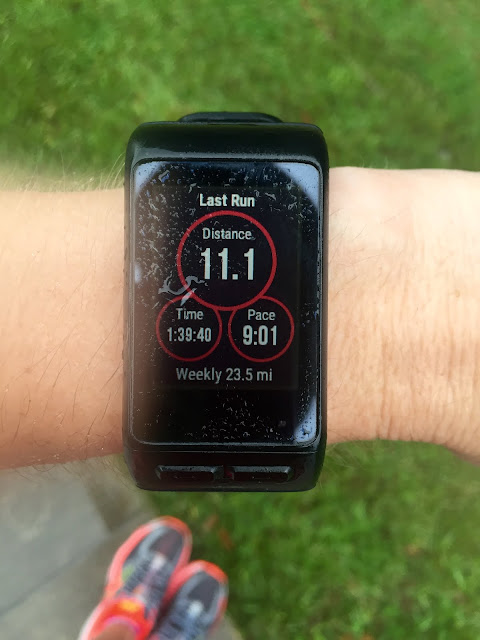 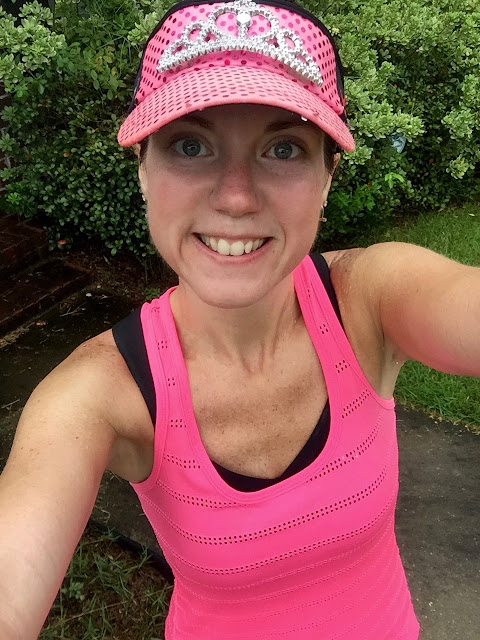 I was so glad to get this run done! This next weekend will be a complete long run rest weekend for me since we will be in Disney (don't worry I will still get in my short runs for my streak). So I needed this run to go well!

QOTD: What is the longest mileage you train for before a half marathon? I've done training plans that only went to 10 miles and some that went to 12.