Saturday Andy (my hubby) and I headed to Auburn for the football game. One of our friends from church offered us tickets and we just couldn't turn him down!!! :-) We got Andy's parents to watch the boys for us and we set out on the 3 hour drive to Auburn. Andy and I haven't had any date time since New Year's Eve so we were pretty excited! We had a blast on the drive just talking to each other...I know that sounds weird but when you are wrapped up in life, working, and raising kids sometimes it is hard to have any quality talk time. It was great reconnecting!

We made it to Auburn around 3:00 and met our friend at the Buffalo Connection for some wings. They were so good. I don't eat wings often but I love them! After eating we piled in one car and drove to the campus. Kickoff was at 6 and so we didn't have time to walk around campus like I would have liked. But that's ok...we will hopefully go to another game this season and can plan to walk around a bit then.

Of course, I took several pics in front of the stadium! 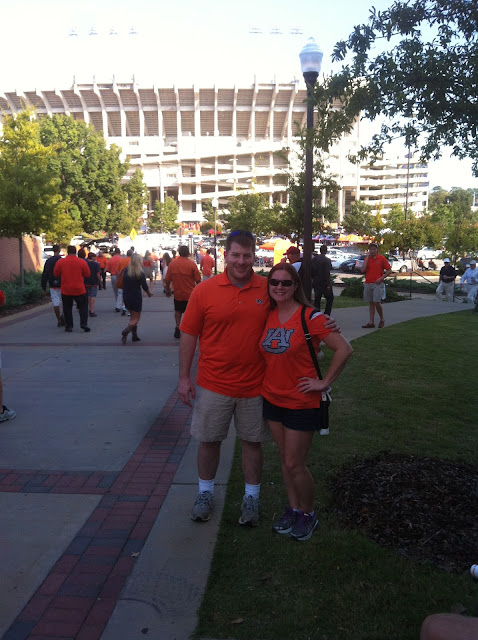 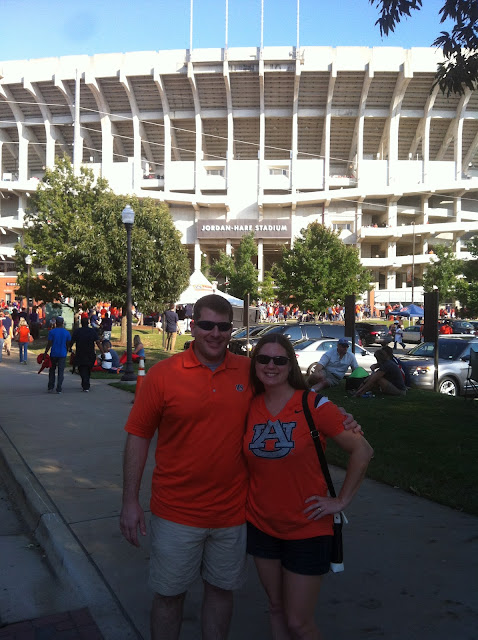 We made it inside the stadium and watched the players warming up. Luckily our seats were on the shaded side of the stadium so it wasn't too hot. 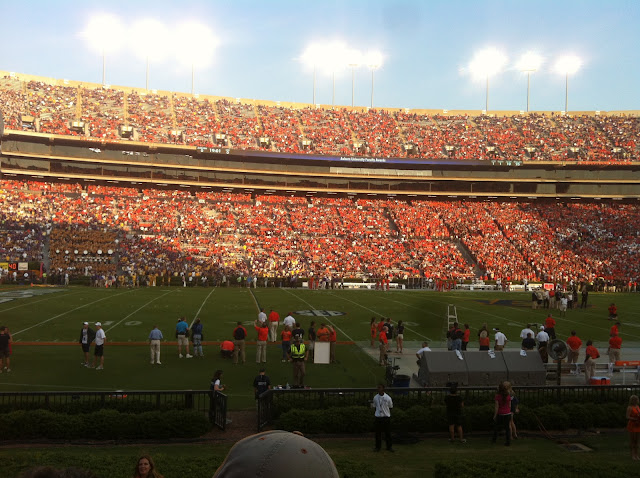 The coolest part of an Auburn game is when the eagle flies before the game. It's the best college football tradition in my opinion!! :-) I didn't take any video of it this time because I thought I already had one...but I couldn't find it. So because you MUST see this awesome tradition I found a fan's video of it on YouTube. :-)

We went into this game knowing we weren't going to win. Auburn was playing the number two team and Auburn isn't ranked this year. But I do believe that Auburn played very well. It was a close game and very exciting! We were on the edge of our seats the whole time! Our defense played awesome but our offense just couldn't score. I know they are working on it though! The final score was 10-12. It was much better than I thought it would be and I'm very proud of how well my Tigers played!

I was so into the game that I completely forgot to take any pictures of them playing! I did get a few of us at halftime! 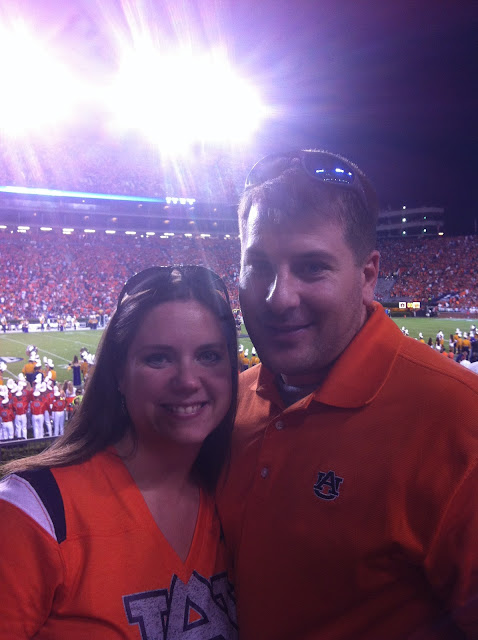 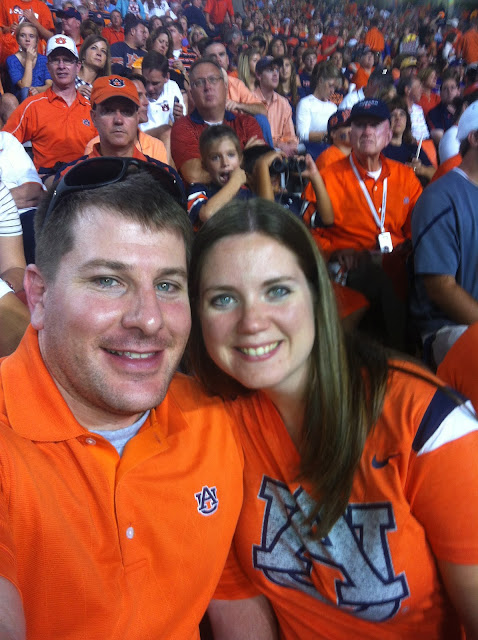 QOTD: Who is your favorite college football team and do they have any awesome traditions?