I Will Never Forget

September 11th...a day that all Americans will never forget. It was horrible. To know that there are people out there that would cause this kind of destruction and death is hard to imagine. 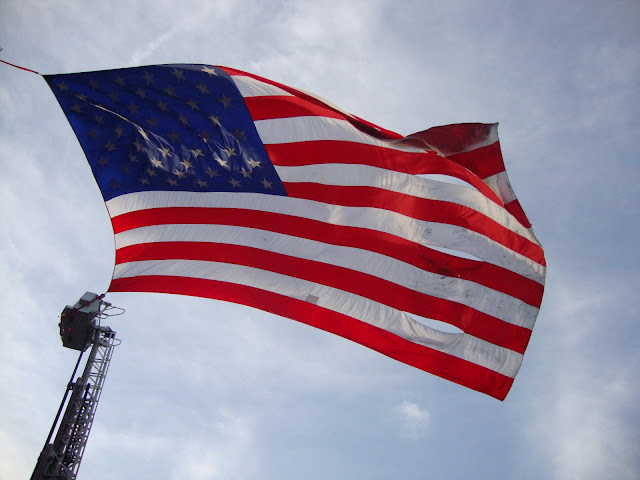 I can't believe it has been 11 years since the attack. I remember that day oh so well...

My life was going great. Andy and I were newlyweds...we had only been married 4 months when this happened. It was like any other day. Andy left early for work and school. I drove to work listening to one of my favorite cds...I hadn't even listened to the news that morning. I was working at a real estate office as an assistant to one of the realtors and it was a Tuesday morning...the day we had our sales meetings. Me and some of the other realtors were waiting on the meeting to start when my boss came in and said America was under attack. I didn't know what he was talking about...I just assumed he was telling a joke or something. No...to my horror he was telling the truth. We turned on the TV and saw the images of the planes hitting the Twin Towers, the pentagon, and the crash of United Airlines Flight 93.

Everyone tried to contact their family members. I remember just wanting to hear their voice. It took me awhile to reach my sister Christy who lived in Atlanta at the time. I was scared for her because no one knew what was happening and if there would be any more attacks. The news kept saying big cities would be targets. Finally I reached her and she was ok.

It was a super scary time. For weeks I was nervous and scared for our country. Would there be any more attacks? Would we go into war on our homeland?

The one thing that impressed me was how united America became! Everyone started waving those American flags...on their house, on their cars, on their clothes. Musicians wrote songs about that day and about America. I loved the song by Alan Jackson...you can listen below.

The memories of that horrible day have faded a bit. But I will never forget! I'm PROUD to be an American!!!

QOTD: What is one thing you remember about that horrible day?