I was again running with my Sole2Soul Sisters. We only had 5 of us running this weekend...kind of different because we usually have around 15-20 women running. But there were a few races this weekend and some were racing those. 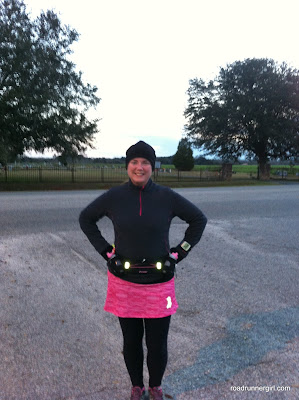 I mapped a pretty hilly route for us to run. We also ran a few streets that we haven't run in a while. It was great to see some new scenery! The weather was in the 40's but with 15-20 mph winds! So it was chilly and the wind made it hard to run.

The first 3 miles were not too bad. I kept a pretty decent pace..around 10:30. This is fast for me during a long run but I was feeling it so I kept going. I was also running with my friend Kelly....and every time we run together we push each other and I end up running faster than I normally do.

Miles 3-6 were the same...I was feeling great and pushing my pace. I knew in my head that I needed to slow down to make it the last half...especially since there were some pretty hard hills in the last half of the run. But did I listen? Nope. I kept getting faster and faster...I looked down at my Garmin a few times and I was running in the 9's! Way too fast for me on a long, hilly run.

I did try a new energy gel on this run...Huma Chia Energy Gel! And it was fantastic! I will have a review of these on the blog soon so stay tuned! 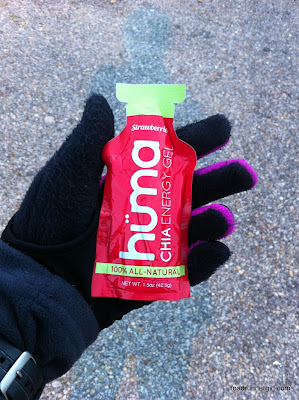 Miles 6-9 were harder. We started running some tough hills. I had to stop and walk for a few minutes after one of the big hills. But after I caught my breath I started running again and pushed on.

Miles 9-12 were where it got tough...and super mental. I stopped one more time to walk but only for a minute or two. I told Kelly to go ahead and I slowed down some. And that helped me tremendously. I was able to run the rest of the way home...except for one big hill that I walked up and then started running again when I reached the top.

I know not to run this fast for a long run. But I was feeling it and couldn't slow myself down. This happens to me often...you would think I'd learn lol!

I enjoyed running with Kelly even though I ran too fast! It's been a while since we were able to run together...she's been nursing an Achilles injury so hasn't been running a lot lately.

After the run I headed home to shower. We were heading to the beach for the night! I can't wait to tell you all about our fun family time at the beach!

QOTD: Do you ever run too fast on a long run and end up regretting it the last part of the run?