It's been 3 years since I've run this great local race! This was my very first 10K when I ran it last AND it was the weekend before my first half marathon! Memories!

So I was super excited to run this one this year! And I was also super happy that Dr. Justin told me to run it despite the hip and knee injuries. I knew that I was going to take it easy and just try to enjoy running.

I met all of my running friends around 6:30 and we carpooled to the race. We got there in plenty of time for porta potty stops and to take a few pictures. 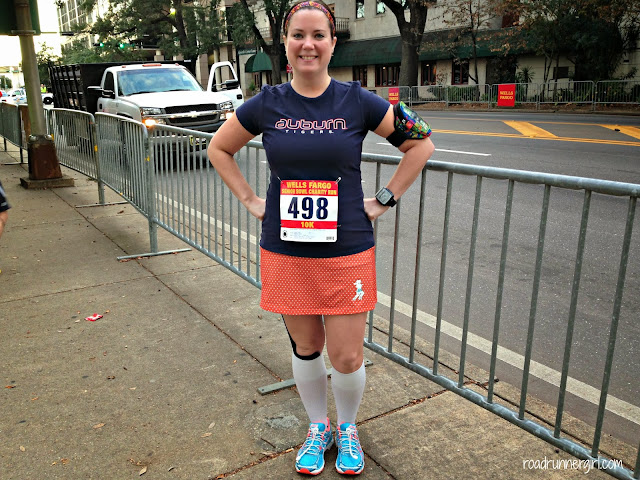 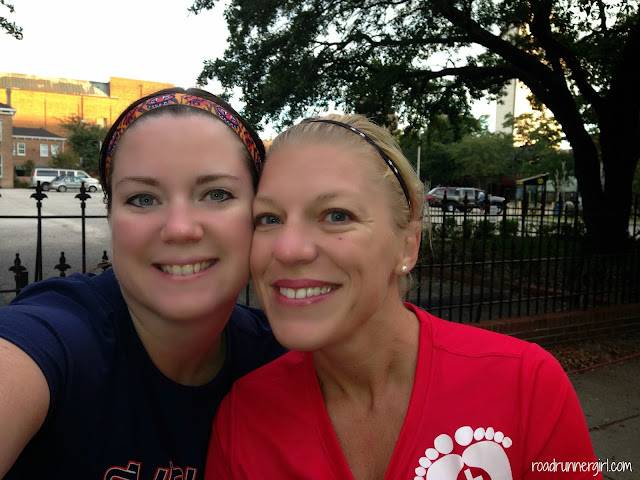 Jackie, me, and Paige! And Kay thought it would be funny to photobomb our picture lol! 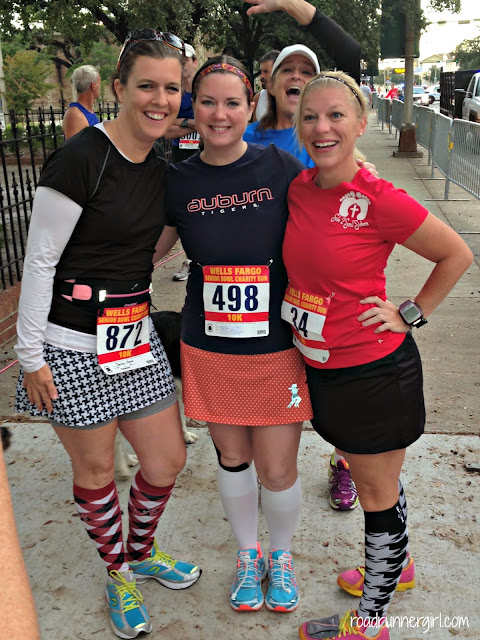 Finally it was time to line up at the start line. This race isn't real big so there aren't any corrals. You just get wherever you want. I placed myself in about the middle because I thought that would be where my pace would fit in. 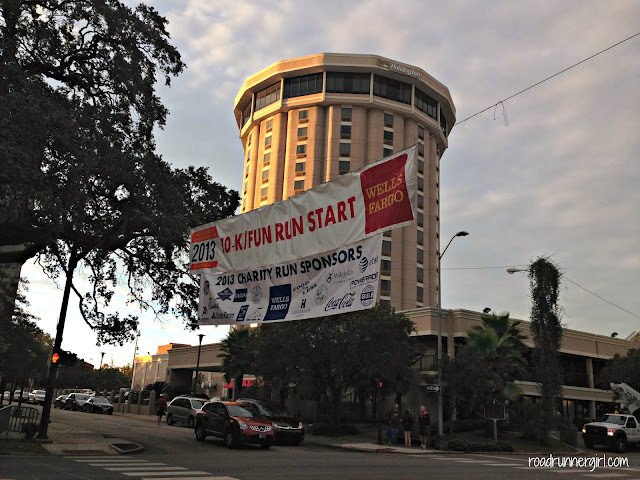 We had a ton of Sole2Soul Sisters running this race! I'm so blessed to have so many running friends! 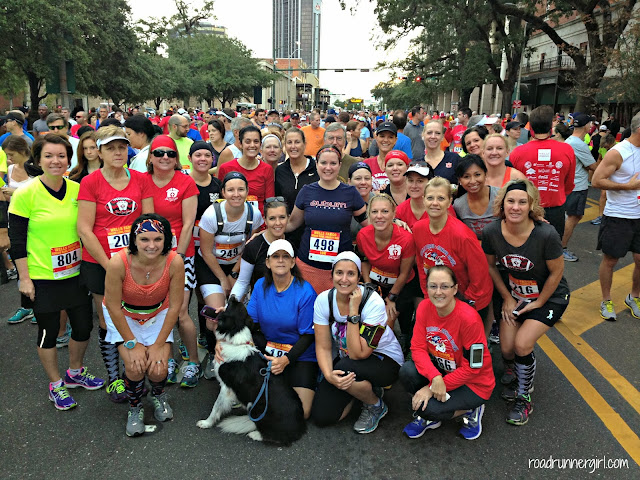 Right before the race started I saw my friend Melanie from A Family on the Run! We started the race together and ran about the first 3 miles together! It was fun catching up and running with her! 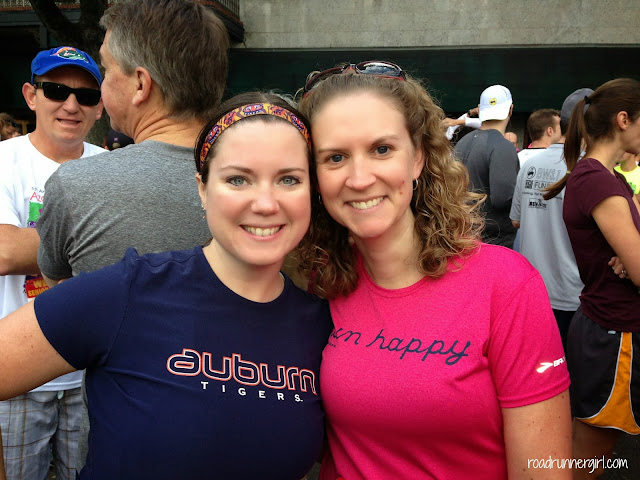 They had a huge American flag strung from two firetrucks at the start line. It was really awesome! 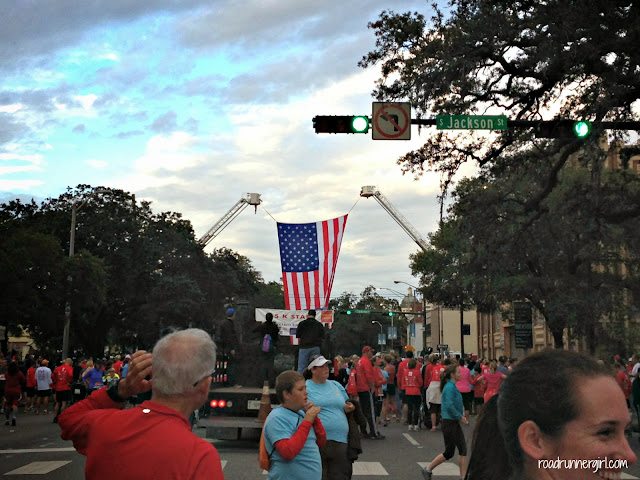 After the star spangled banner it was time to start!

I was so ready to run...but I just couldn't find my groove. The first 3 miles were torture. But the scenery and route was beautiful! I love running in downtown Mobile with the trees hanging over the road. It's so pretty! 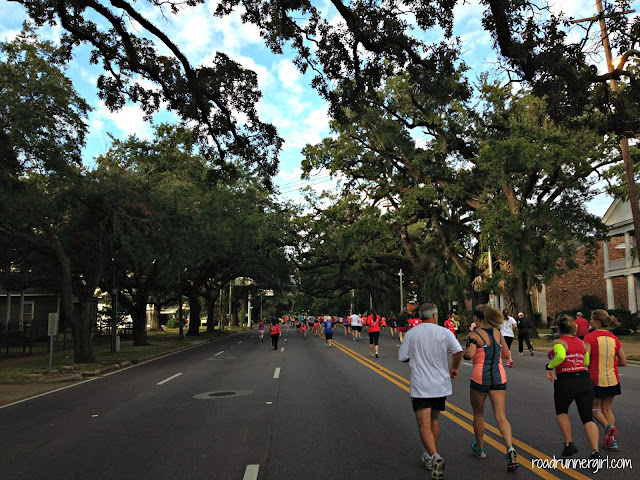 Around mile 3 I finally got into a little groove. But then the knee started hurting some. It would get really tight feeling and I would have to stop and stretch it. Then I would continue running for a bit until it tightened up again and then I'd stop and stretch it again. I did this the rest of the race. Luckily the stretching only took a second or two and then I'd run again. But I still hated having to stop. During one of my stretch sessions I snapped another picture of the beautiful trees. 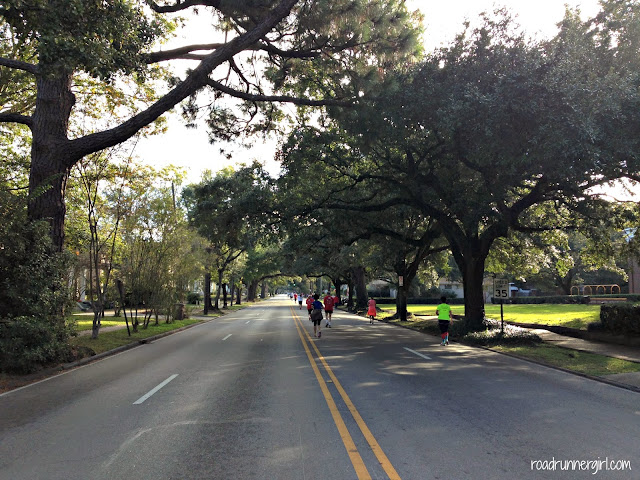 I really was enjoying the run. But I was super mad and annoyed at the knee. I was also worried. I didn't want it to get worse.

The finish line was finally in sight. I was sad the run was over...but knew my knee needed it to be over. I finished with a Garmin time of 1:07:44. My official time was 1:07:55...this race doesn't have a race chip so it wasn't as accurate as I would have liked. I guess it took me 11 seconds to hand them the bottom part of my bib lol! 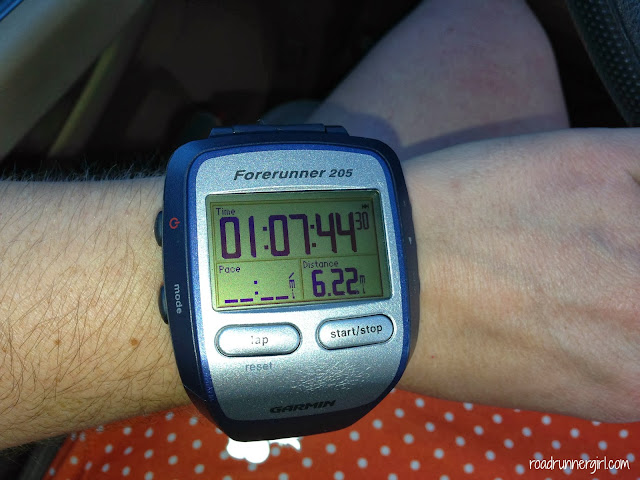 I was glad to have finished the race! But I was really sad that my knee was hurting. It hurt to walk. And that hurt my confidence. 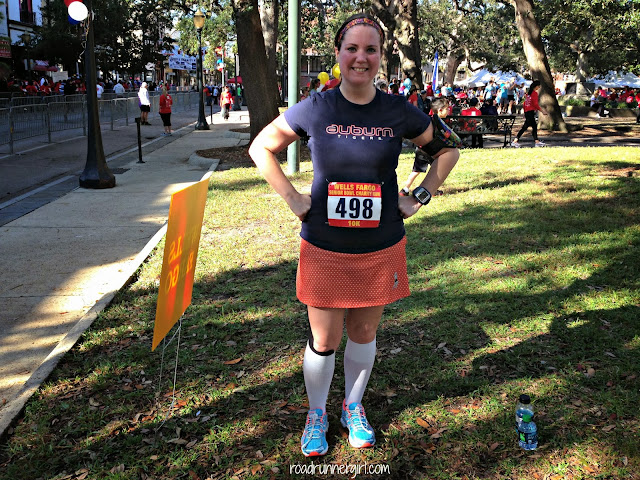 The rest of the day the knee hurt when I walked. And of course that made me pretty depressed feeling. But luckily when I woke up the next day it didn't hurt much at all.

I saw Dr. Justin yesterday and he said my IT Band was feeling much looser and better. But the part of my knee that had hurt during the race was super tight. He worked on it and hopefully it will be a lot better.

Despite my injuries this race was a lot of fun! I definitely want to do it again next year! The route is gorgeous and flat. And the after party was pretty fun too if I hadn't been in pain. They had inflatables for the kids so my boys would have loved it!

QOTD: Do you have a race that you run every year?