For last weekend's long run the plan was to run in the next town, down by the bay, and with several friends! I think there were about 15 of us running. I love this route because it's super pretty running by the bay. It's also a straight out and back. And there's a sidewalk the entire route (and some of the sidewalk is asphalt so it's really nice). The only downside to this route is the last half a mile is uphill. If you're already having a tough run, adding a hill at the end is torture.

Because of the hill at the end....it makes the start of the run downhill which results in me always going out too fast. I tell myself to slow down every time but sometimes my legs don't listen very well!

So at 5:50 AM Holly picked me up and we headed to meet our Sole2Soul Sisters to run! We were actually early getting there...which never happens to me on a morning run lol! I hadn't seen some of these ladies in awhile and it was so good to see them! Plus I got tons of compliments about how skinny I was (I LOVED that)!!! :-)

The run started out great! We were running slower and that was perfect for my plan to not bonk at the end of the run. For the majority of the run I ran with Holly, Andria, and Kim. We enjoyed chit chatting while running! That's what I love the most about running with a group...you get to talk and catch up the entire time! It's girl time!

At the halfway mark one of our sisters had put a water cooler out for us. It was awesome! The temperature was in the 60's so it wasn't too hot but the humidity was pretty high and I was sweating buckets! It was nice having water! We put our water cooler in a gazebo that is across from The Grand Hotel. Just to be sure (because yes I've had my water stolen and poured out before) there was a note saying who the water was for and that it would be picked up. 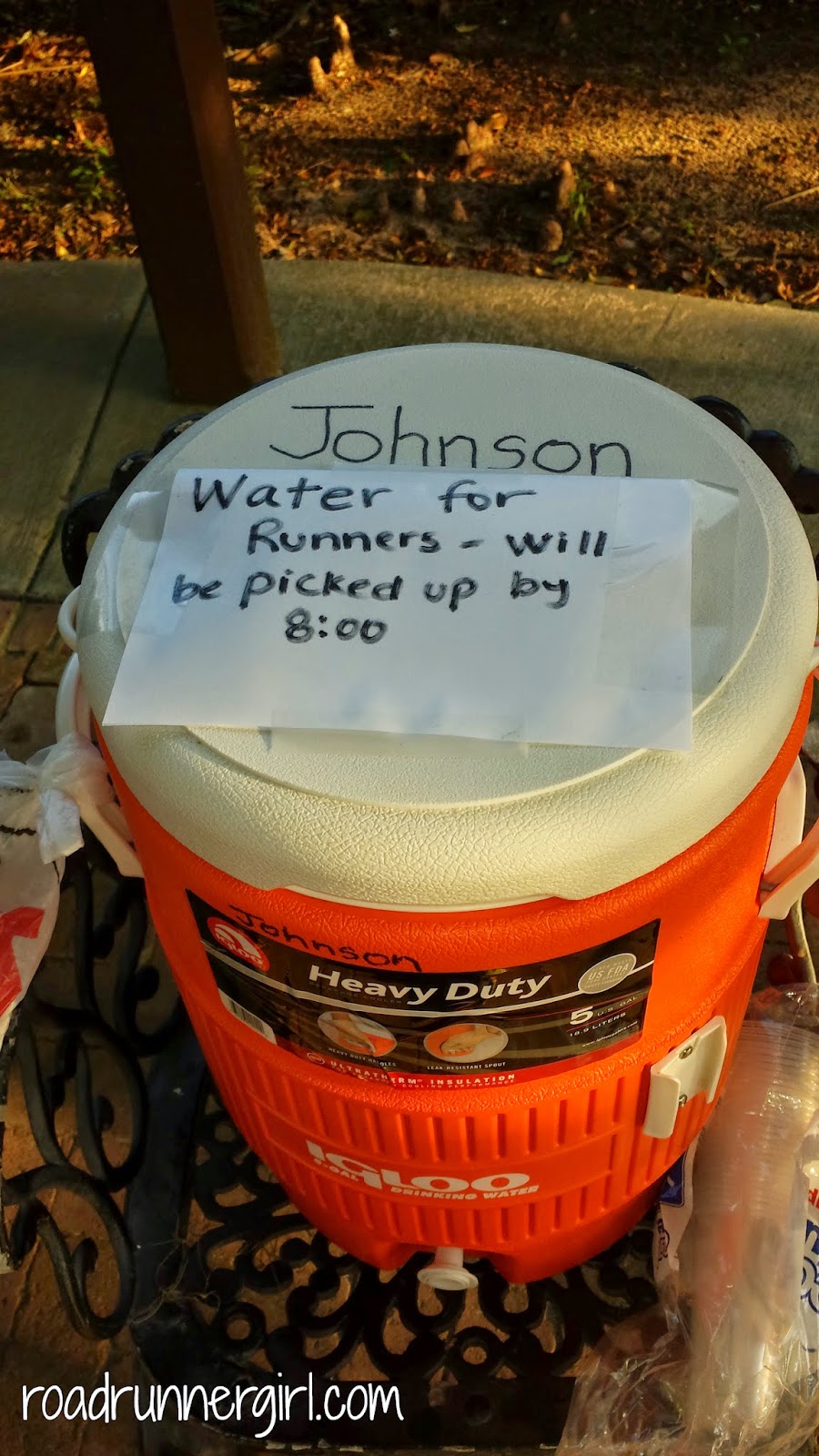 To my amazement we were the fastest runners out there! I'm usually somewhere in the middle so it was fun being in the lead!

The entire run I felt great! I started out slow and then got faster as the run went on. Gotta love those negative splits! And my scenery on the run was gorgeous! Have I mentioned that I love where I live??? ;-) 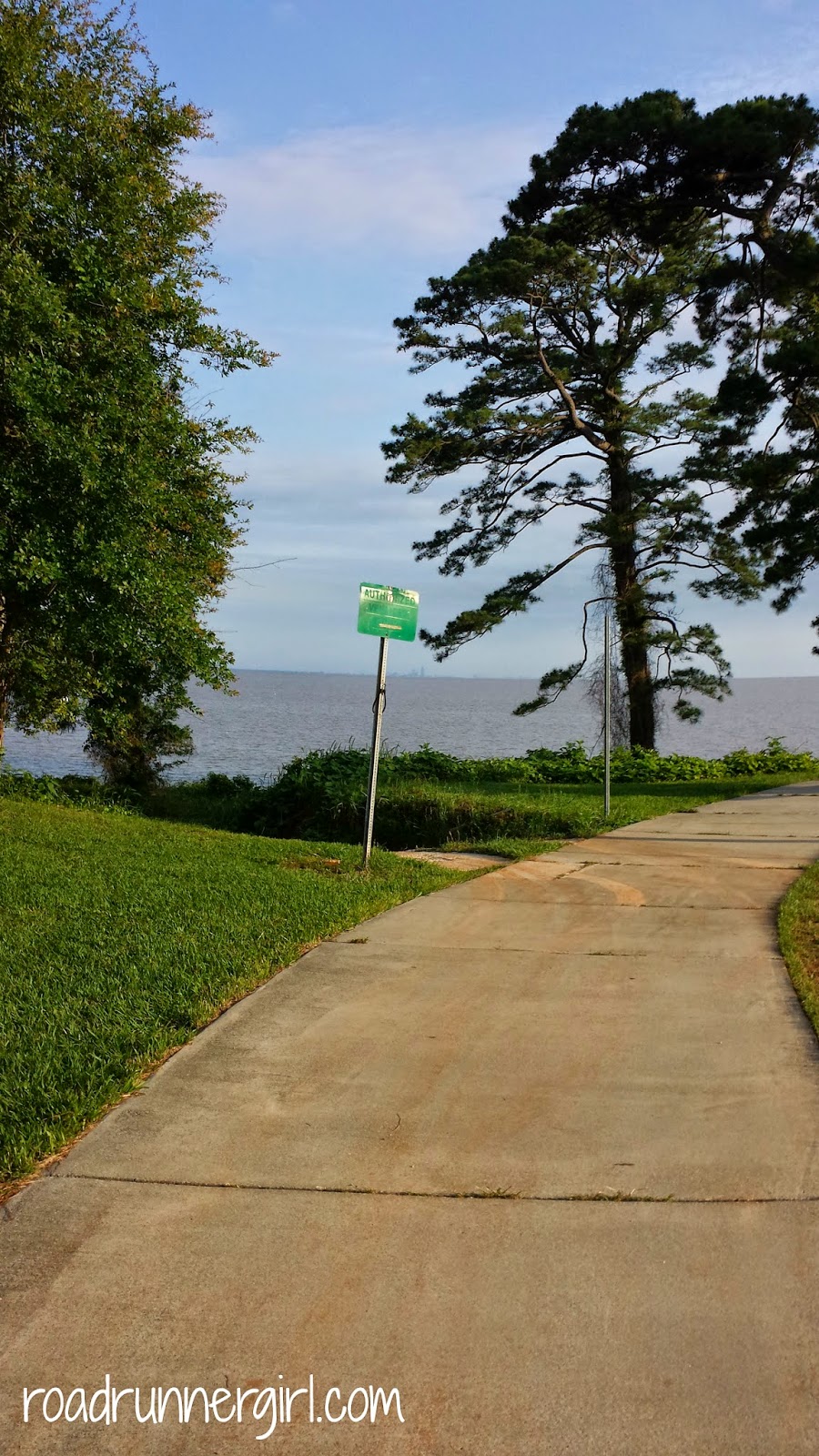 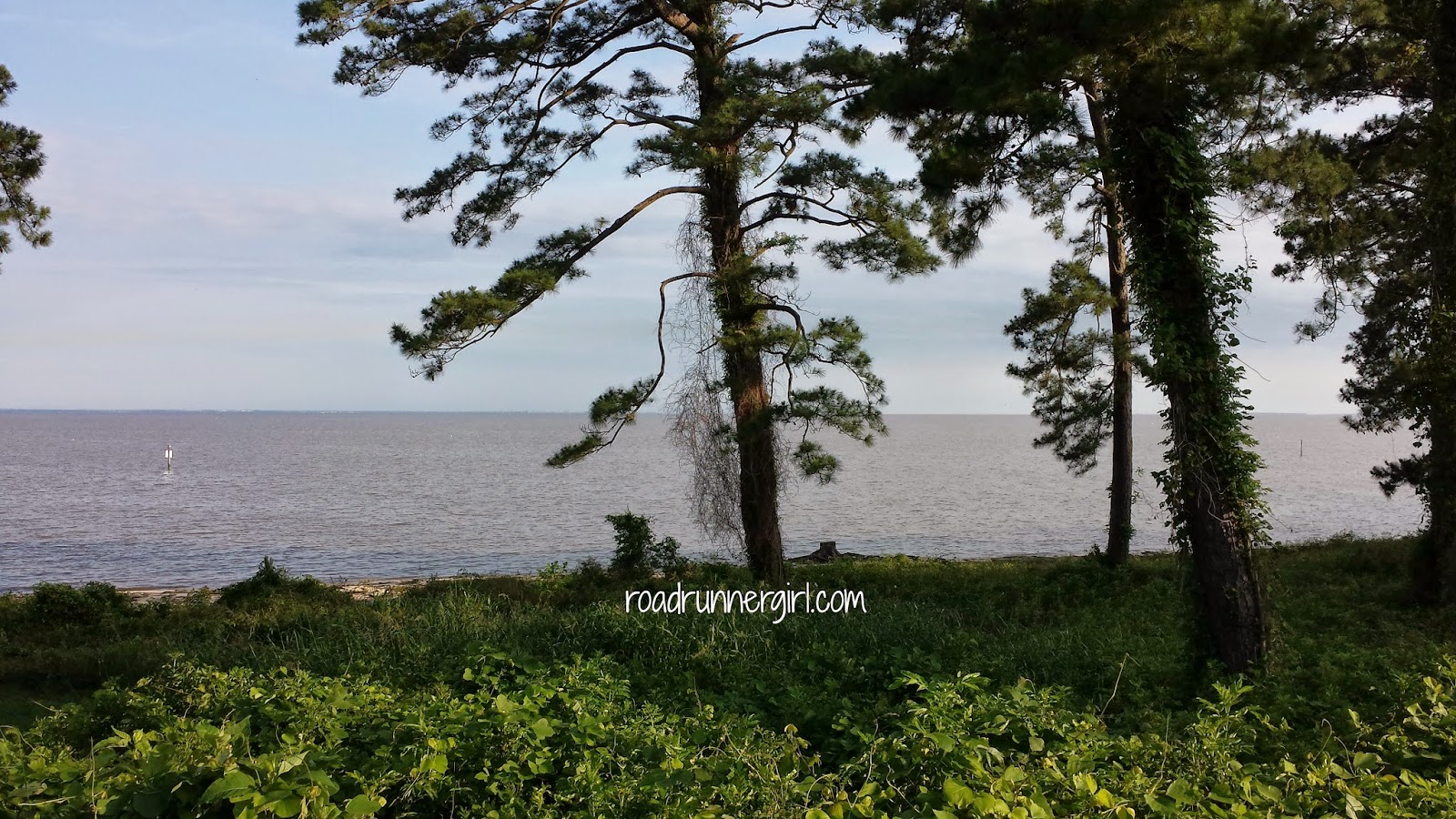 Of course I had to take a quick picture by the bay! 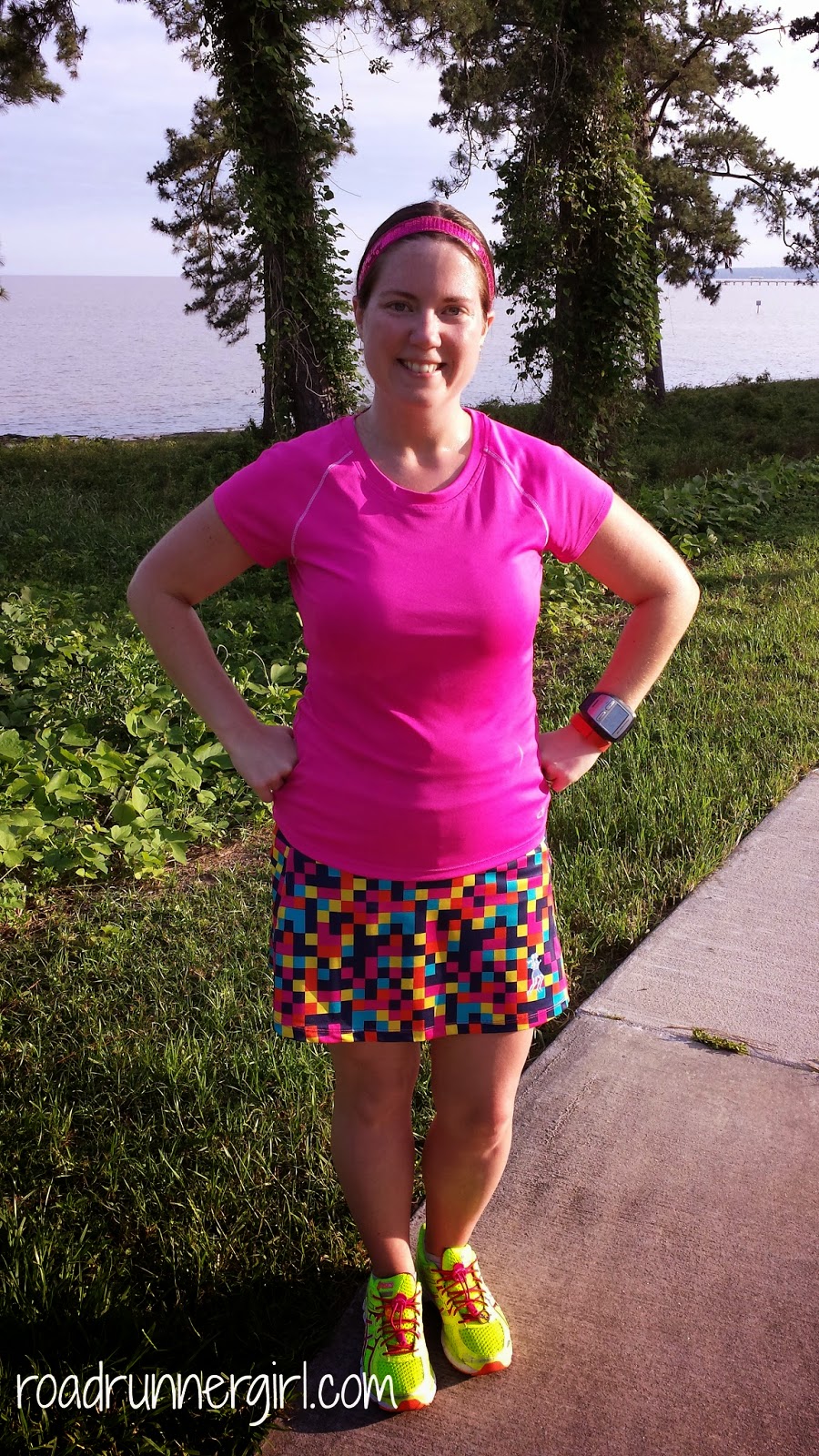 I was pretty happy with my time! This is one of my faster 10K times but not a PR. I was pleased with how strong I felt the entire run...even on that hill at the end! :-) 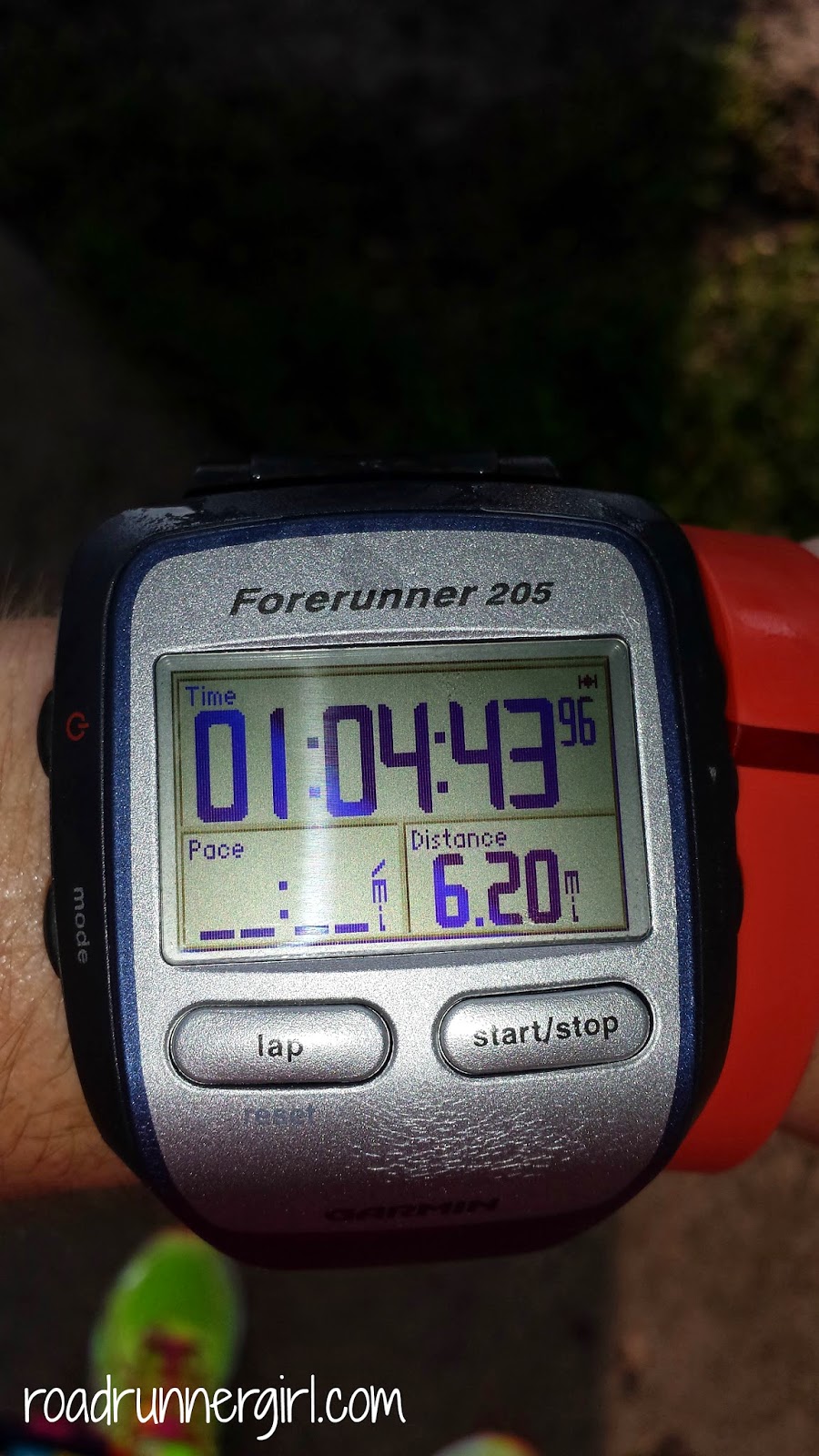 Running with friends is so much fun!!! 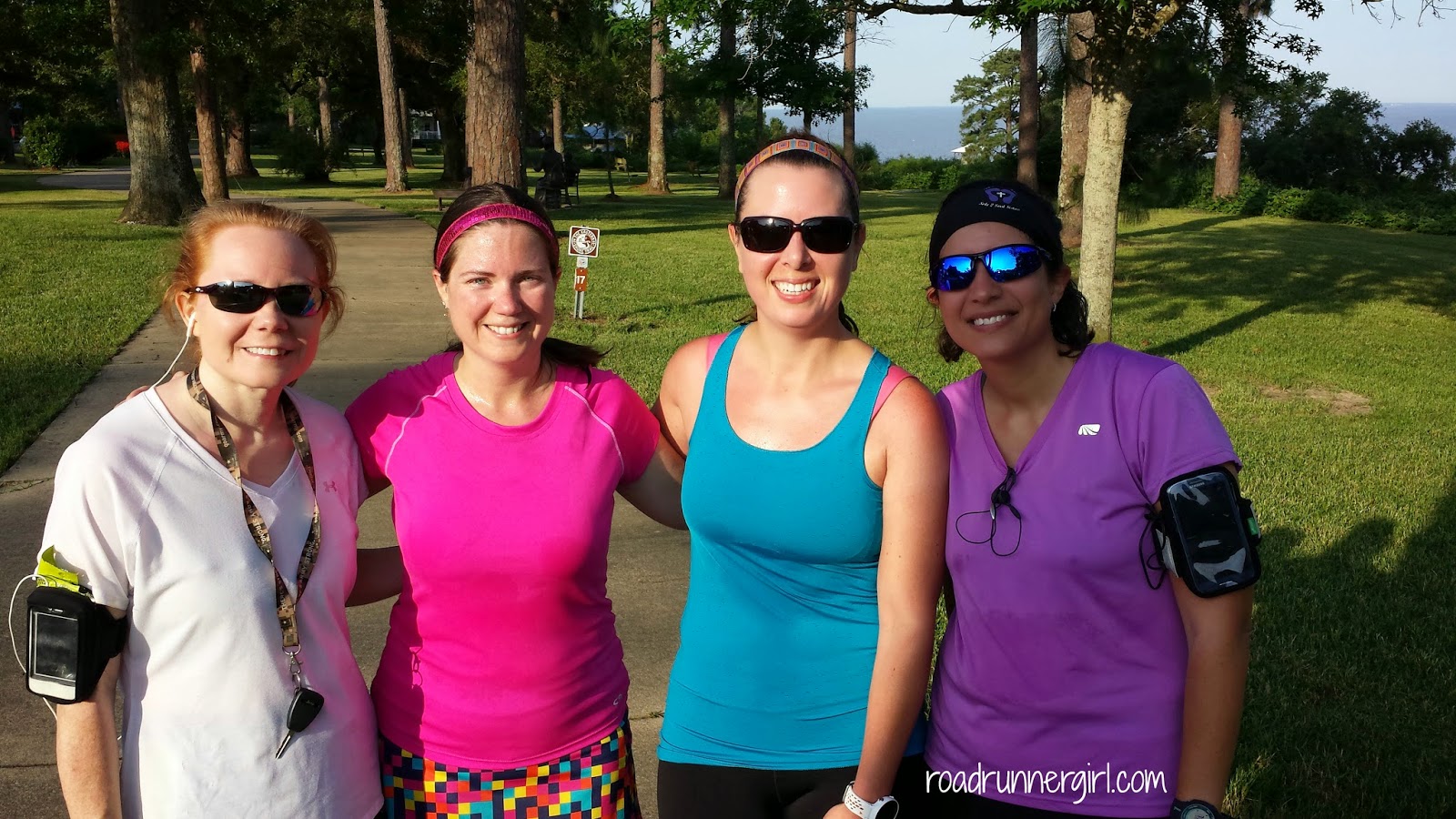 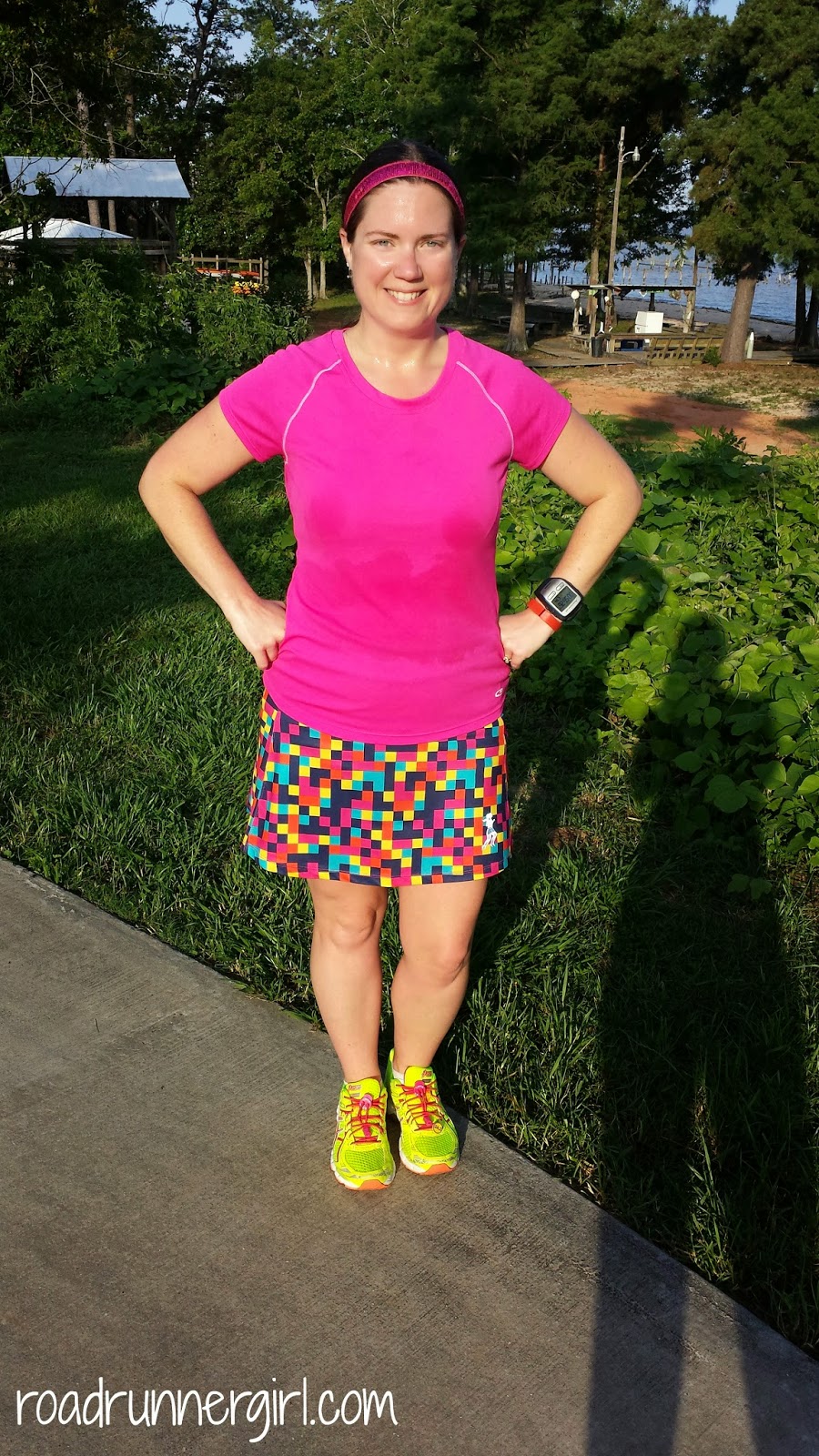