So I hope y'all don't mind but this post is all about my son Sawyer! I am a proud mom who has to brag on him a bit!

Sawyer had his Gymnastics Extravaganza (end of the year show) last Thursday night. Just a little background about him...he's been doing cartwheels and round offs since he was 3 years old. He just taught himself how to do it all. He's a natural! I tried for years to get him to take gymnastics but he kept telling me no. Finally this past September I was able to get him to try his first class. The minute he walked out he told me to sign him up...and I did!

He was in the boys recreation class and loved it! Right after Christmas his coach came up to me after his class and said, "Sawyer is really really good. I want him to be on the boys pre team." It was music to my ears! I knew that was where he belonged. The coach said he could try it the first time to make sure he liked it...which of course he did. So instead of once a week he now goes twice a week and his gym time is also longer.

I see him do his gymnastics all the time at home. He's constantly flipping and doing cartwheels! But I was excited to see him in his show. 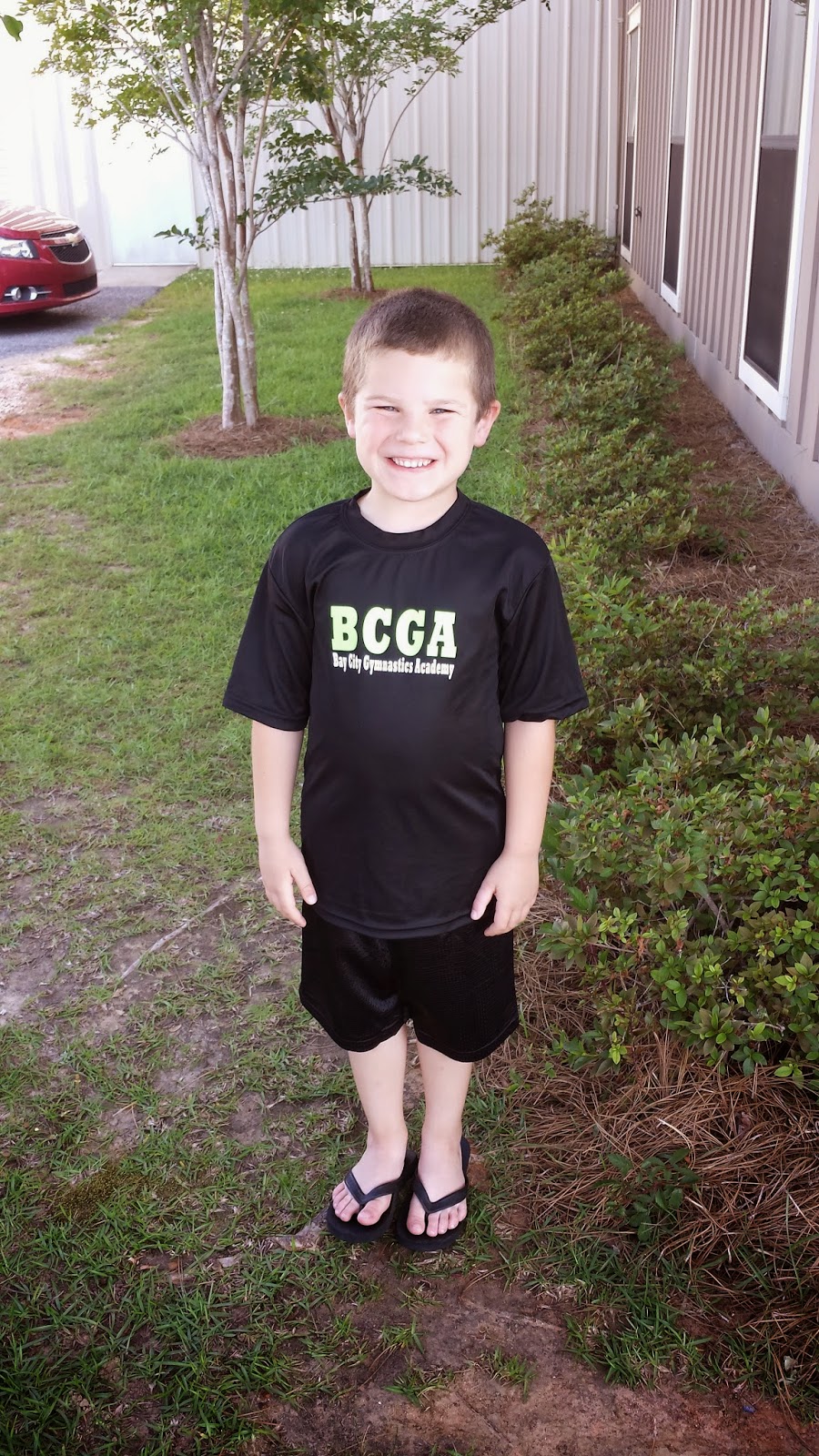 We weren't allowed to use a flash so my pictures are not as good as I'd hoped. Here he is walking into the gym when his class was announced! He had his arms folded and looked mad! But I think he was just a little bit nervous lol! 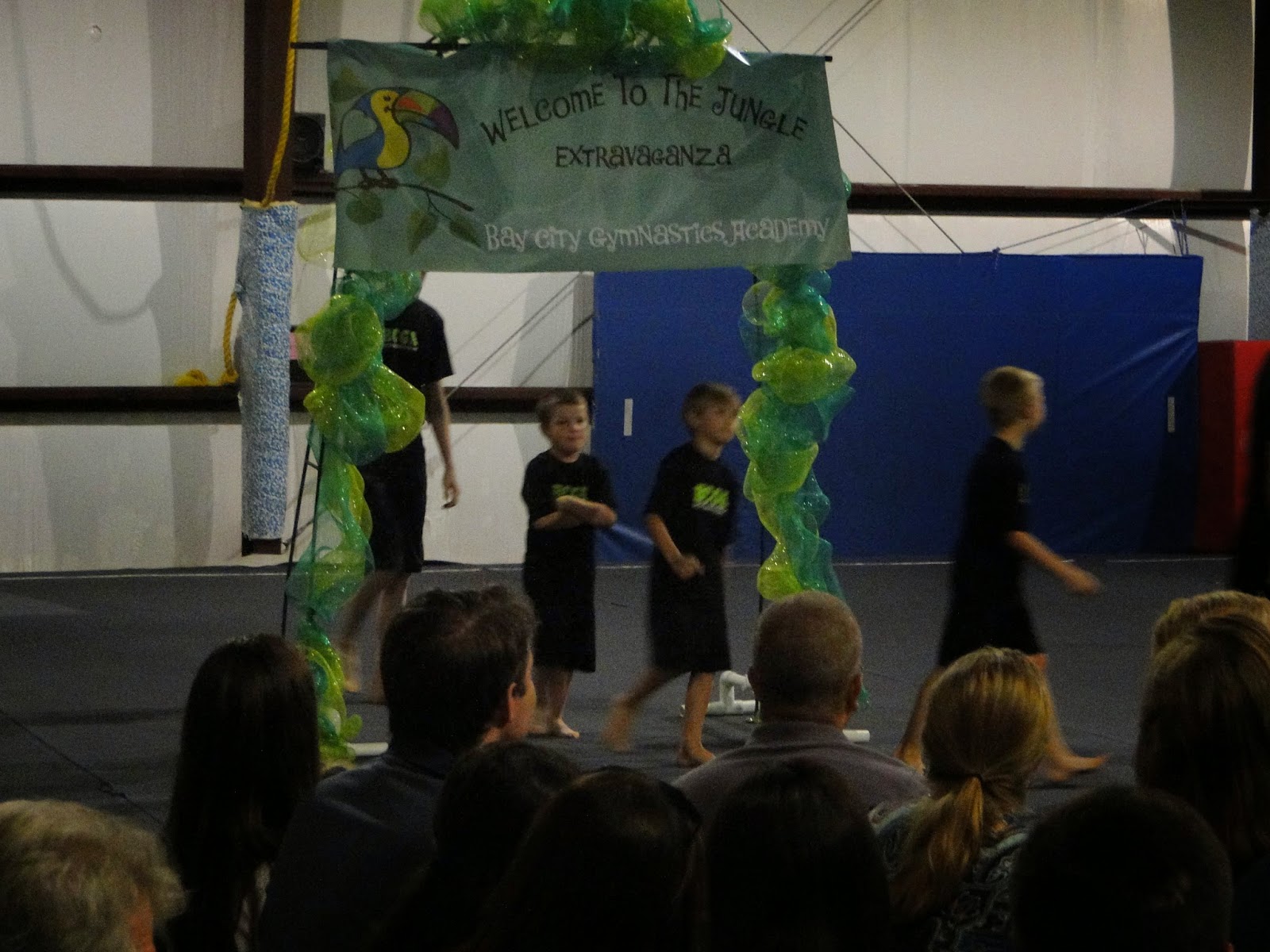 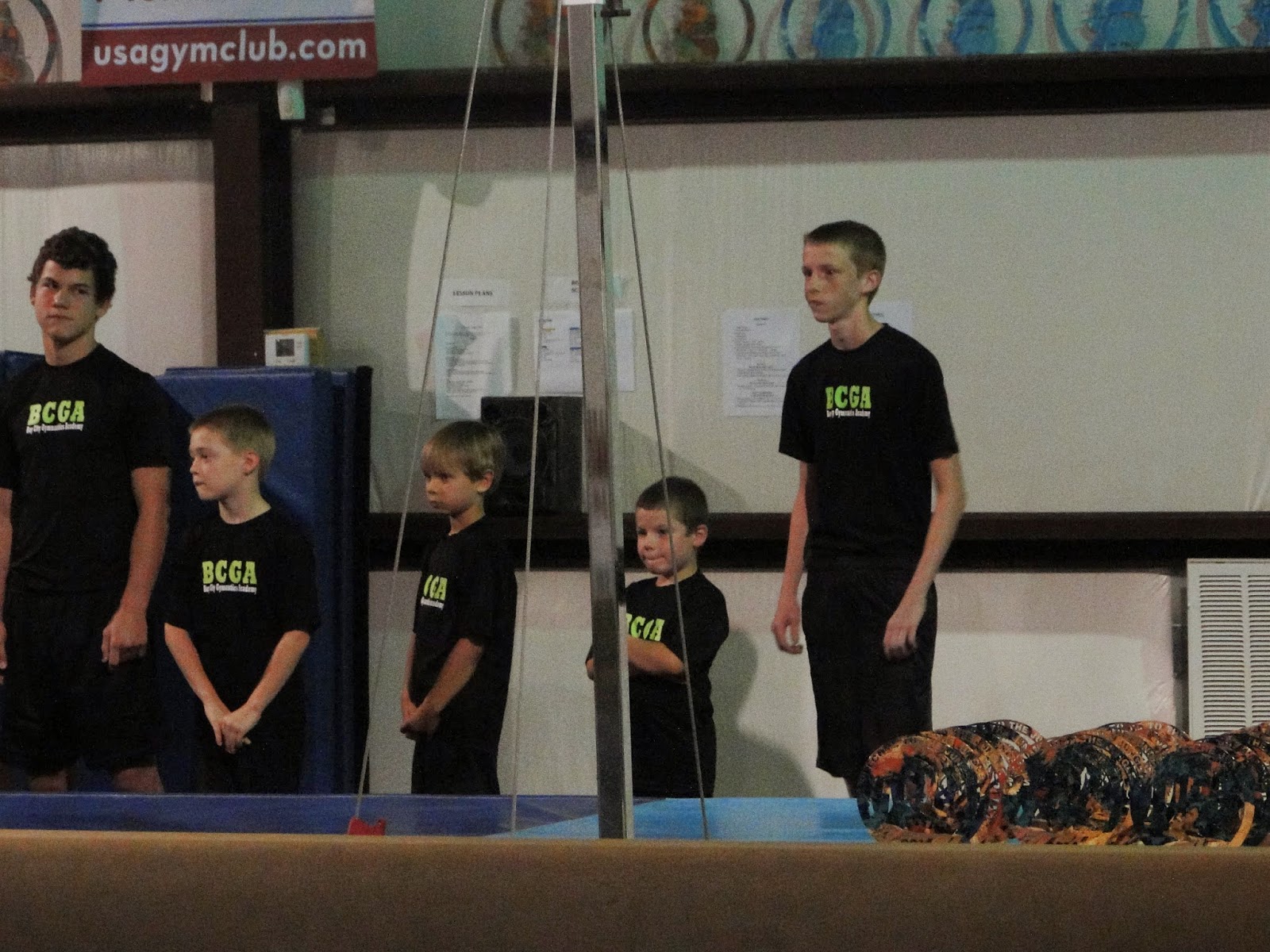 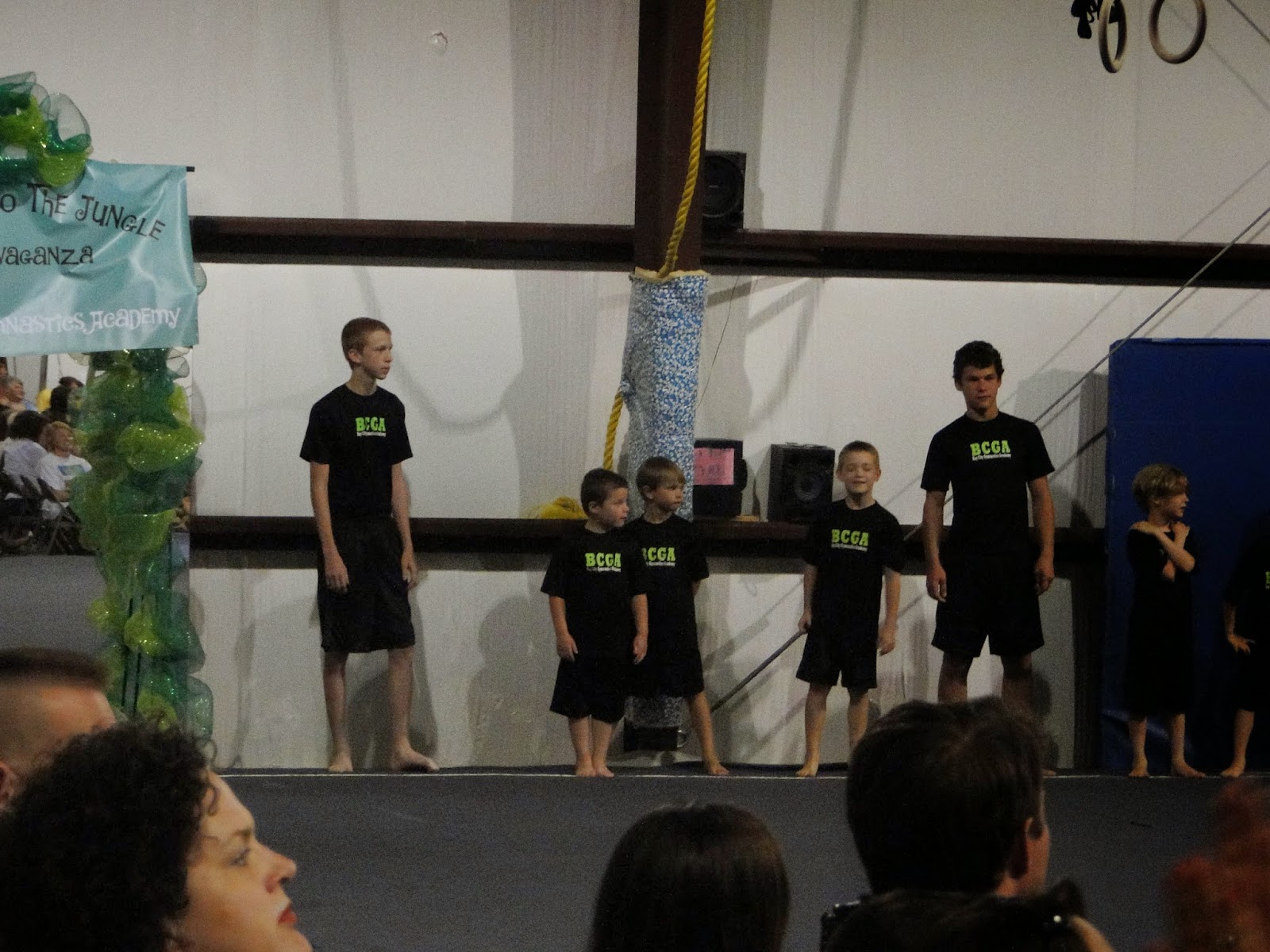 Sawyer did 4 routines...a floor routine, tumble track routine, parallel bars routine, and rings routine. I took video of all of it but the parallel bars...which I took pictures of...but now wish I'd taken video lol!

Here is Sawyer on the parallel bars. I was amazed that he could hold his legs up off the bars like that! 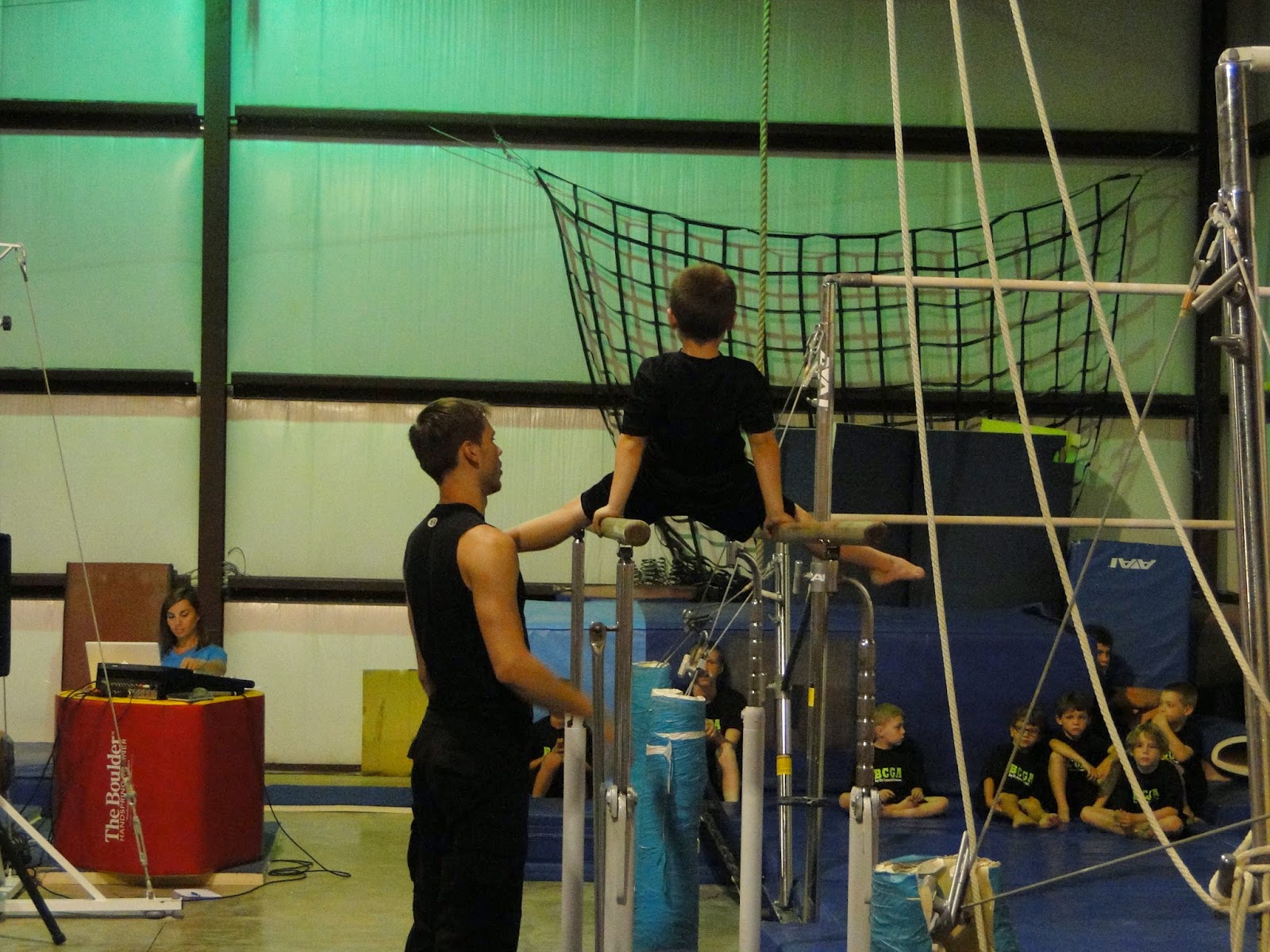 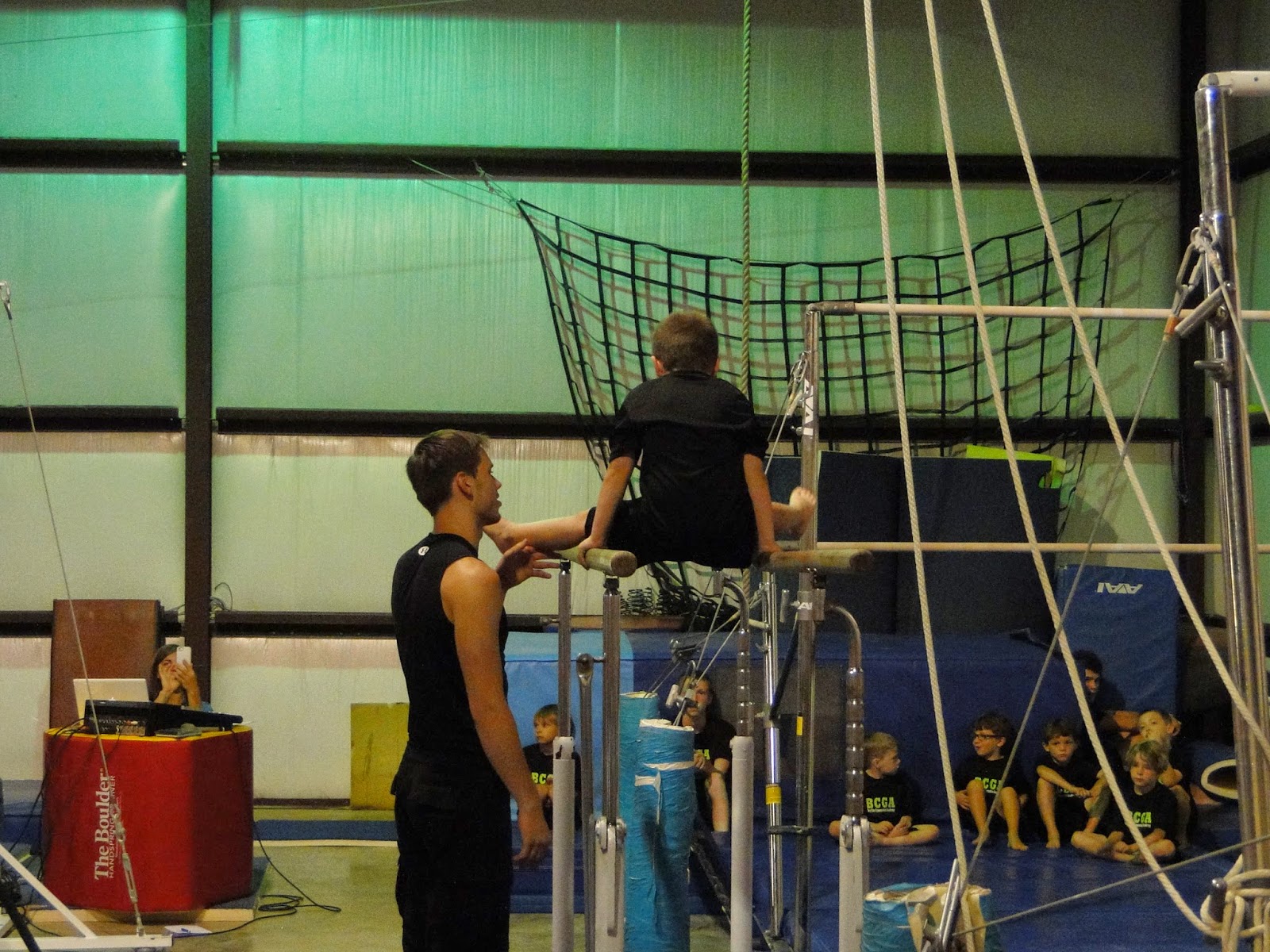 Here is a video of his floor routine!

And here is video of his rings routine!

I took video of his tumble track routine too but it is about 4 videos so I won't include them. But I was SOOOO proud of my little guy! He did AMAZING!!! 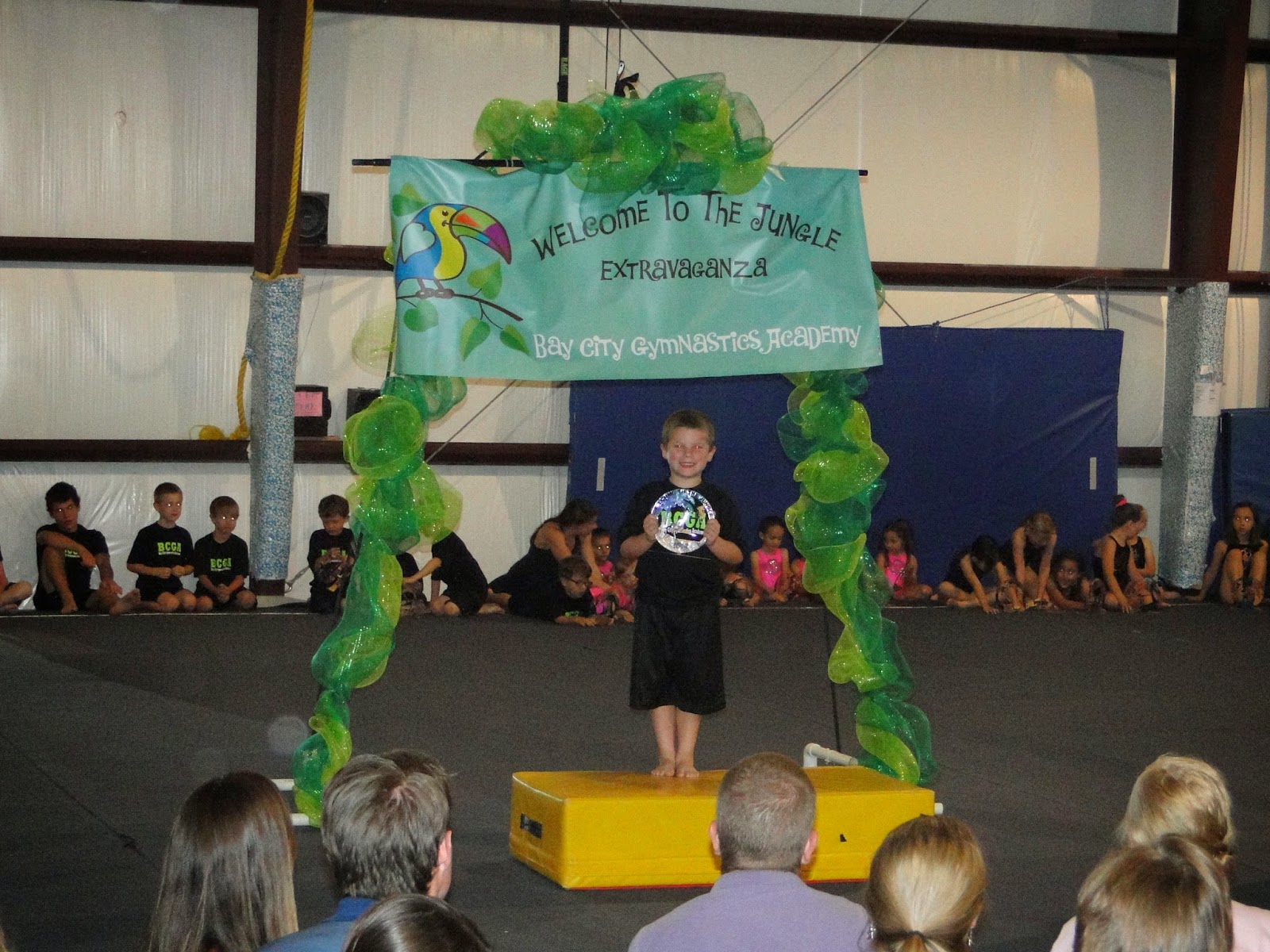 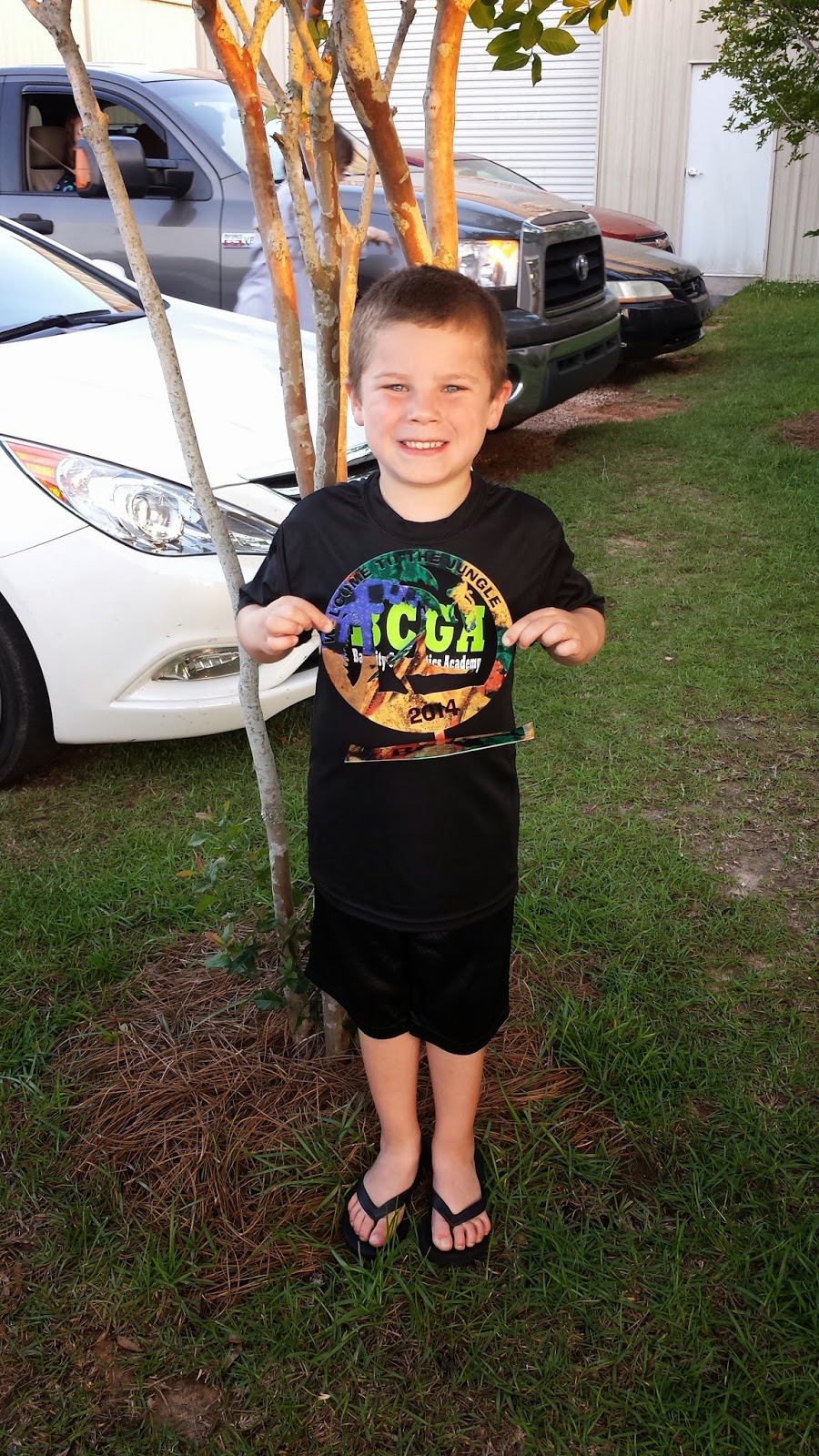 Here he is with Coach Justin! Sawyer LOVES him! Justin is so amazing with these boys! 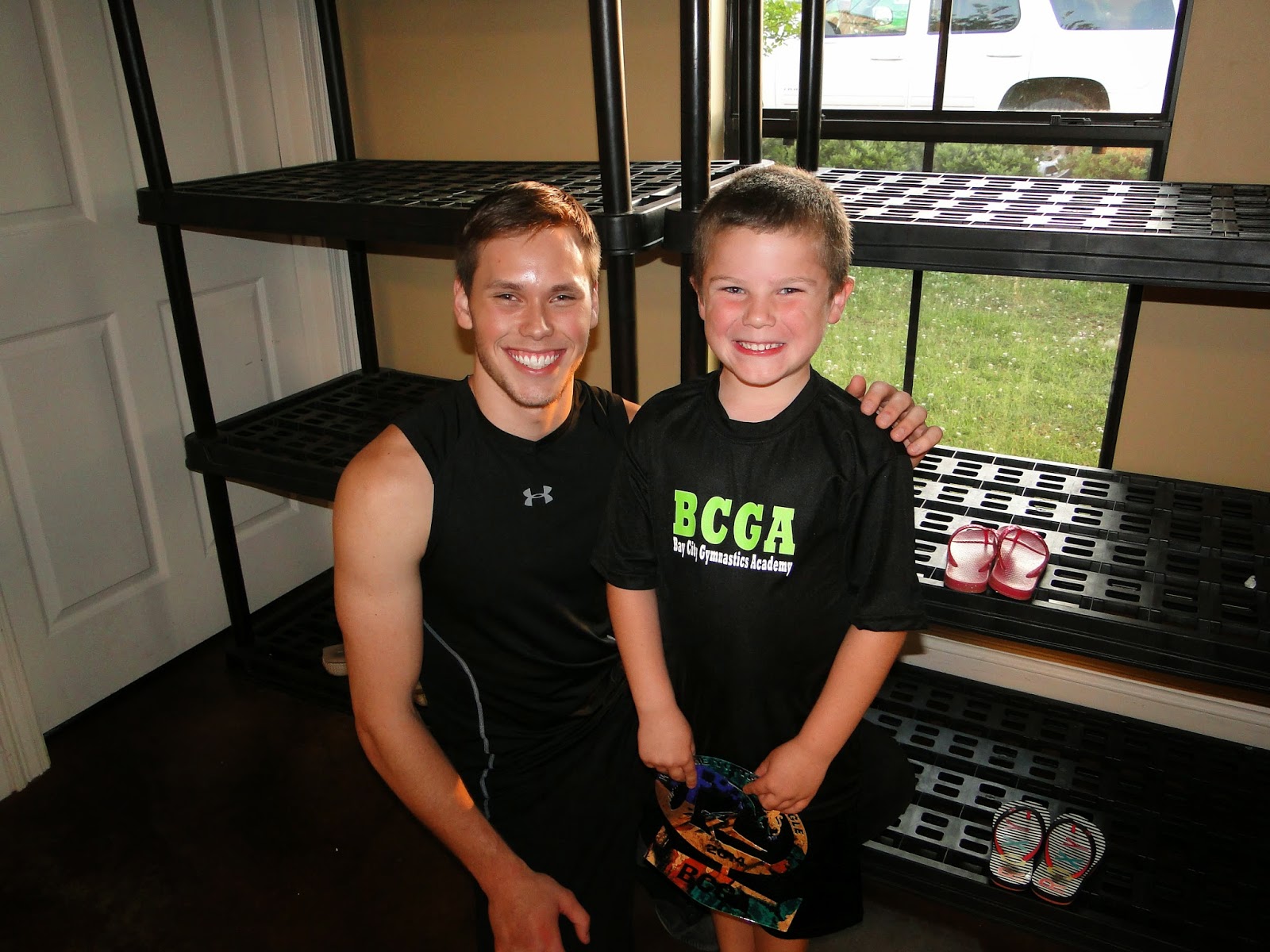 I am super excited about Sawyer getting to compete in the future. I know he is going to do great!

Thanks for reading and listening to me brag! :-)

QOTD: Is your family active in any sports?