Running in the Rain!

Saturday morning I had 6 miles planned. But a few days before that my phone started blowing up with weather alerts...we would be under a flash flood watch from Friday afternoon until Sunday morning. Nooooo! Not again! I couldn't stand another flooding event like we had two weeks ago! Plus...I NEEDED to run this weekend!

I kept a close watch on the hourly forecast for the next few days. It looked like the rain was going to give me a break at the time I wanted to run. I was ok with running in the rain...as long as it wasn't hard rain and there wasn't any thunder and lightning.

So when I woke up Saturday morning the hourly forecast said 0% chance of precipitation. But the radar showed something entirely different. 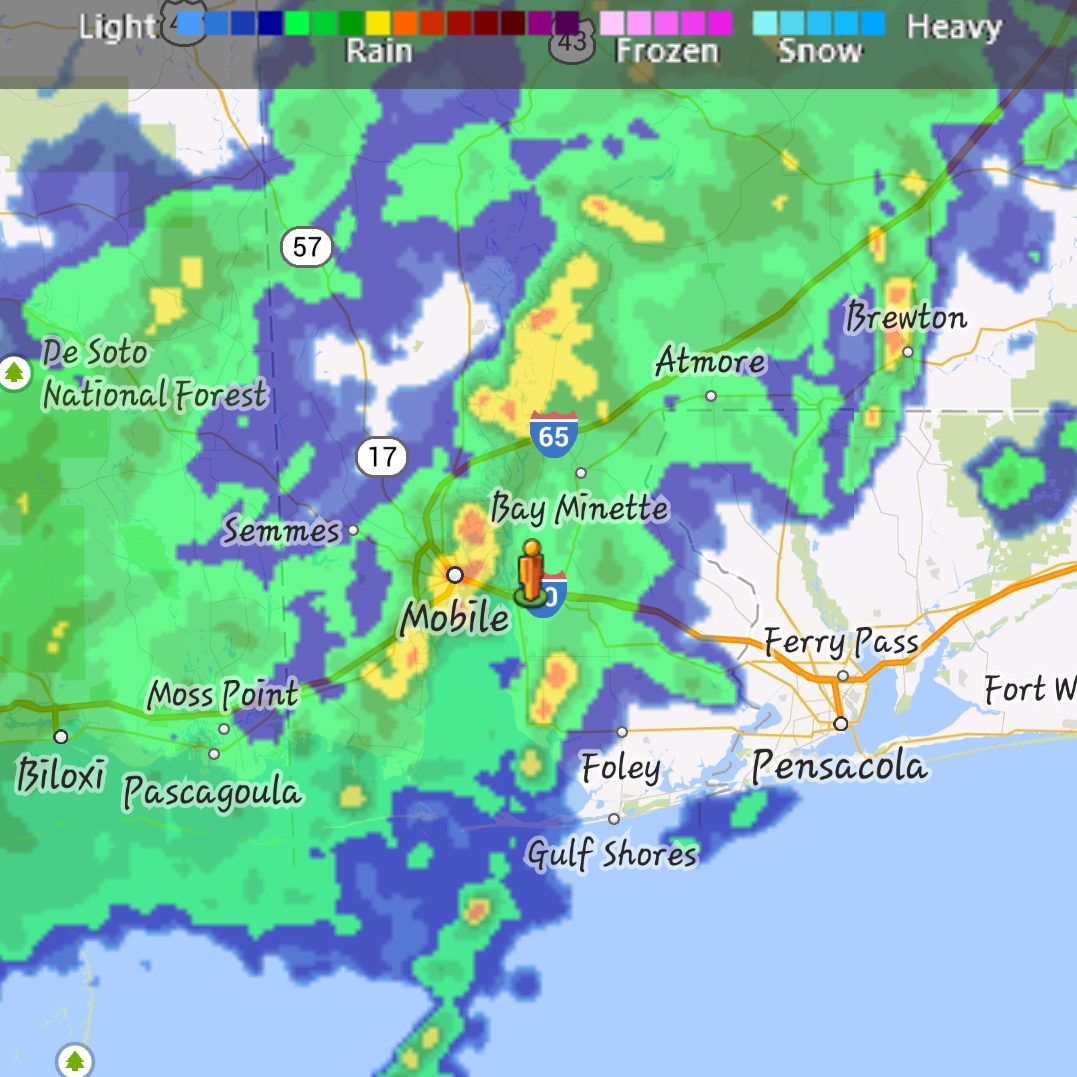 I knew I was going to get a little wet. But I didn't see any ugly stuff headed my way so I decided to chance it. I was super happy that Holly was coming to run with me!

I stepped outside and was hit with humidity. And there were light sprinkles of rain. I knew the rain would keep me a little cooler at least. The first few miles my legs felt heavy. Holly said she was having the same problem. But we kept on running. I will say that all the rain lately must be making the snakes come out. We saw FIVE dead (thank goodness) snakes on the road during the run!

We both eventually found our groove. The rain was light and actually felt pretty refreshing. But around mile 4.5 the rain started coming down pretty heavy! It only lasted a few minutes and then it went back to sprinkles.

Finally we made it to 6 miles! 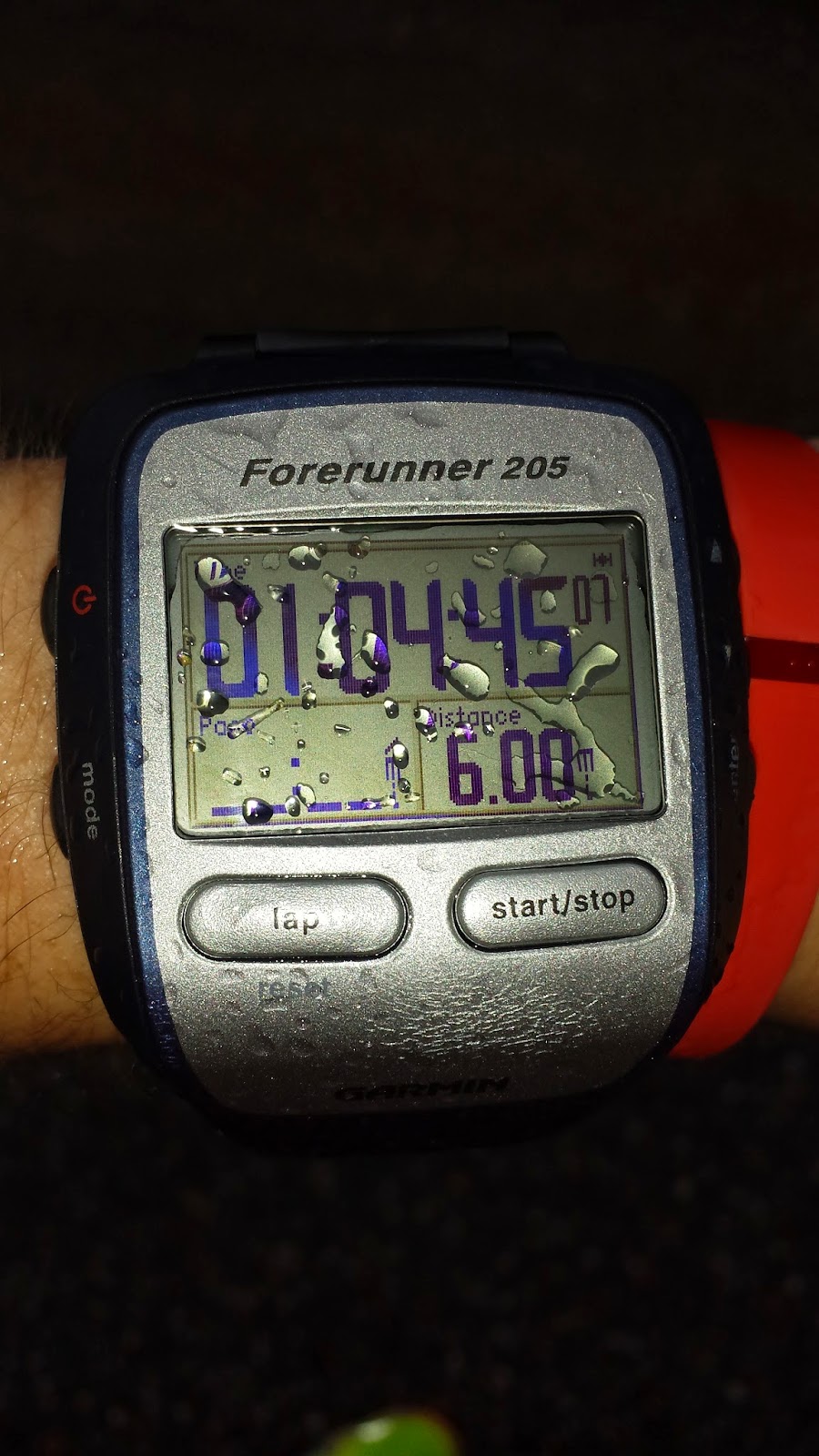 As soon as I stopped running my legs felt so heavy! Then I realized it was because my skirt was soaked with rain! My shoes were soaked too! The rain definitely adds some extra weight. No wonder the run felt hard!

I was thankful to run with Holly! She's the best running partner! And yes...I wore a hat instead of my beloved BAMR Band...had to keep the rain out of my eyes! 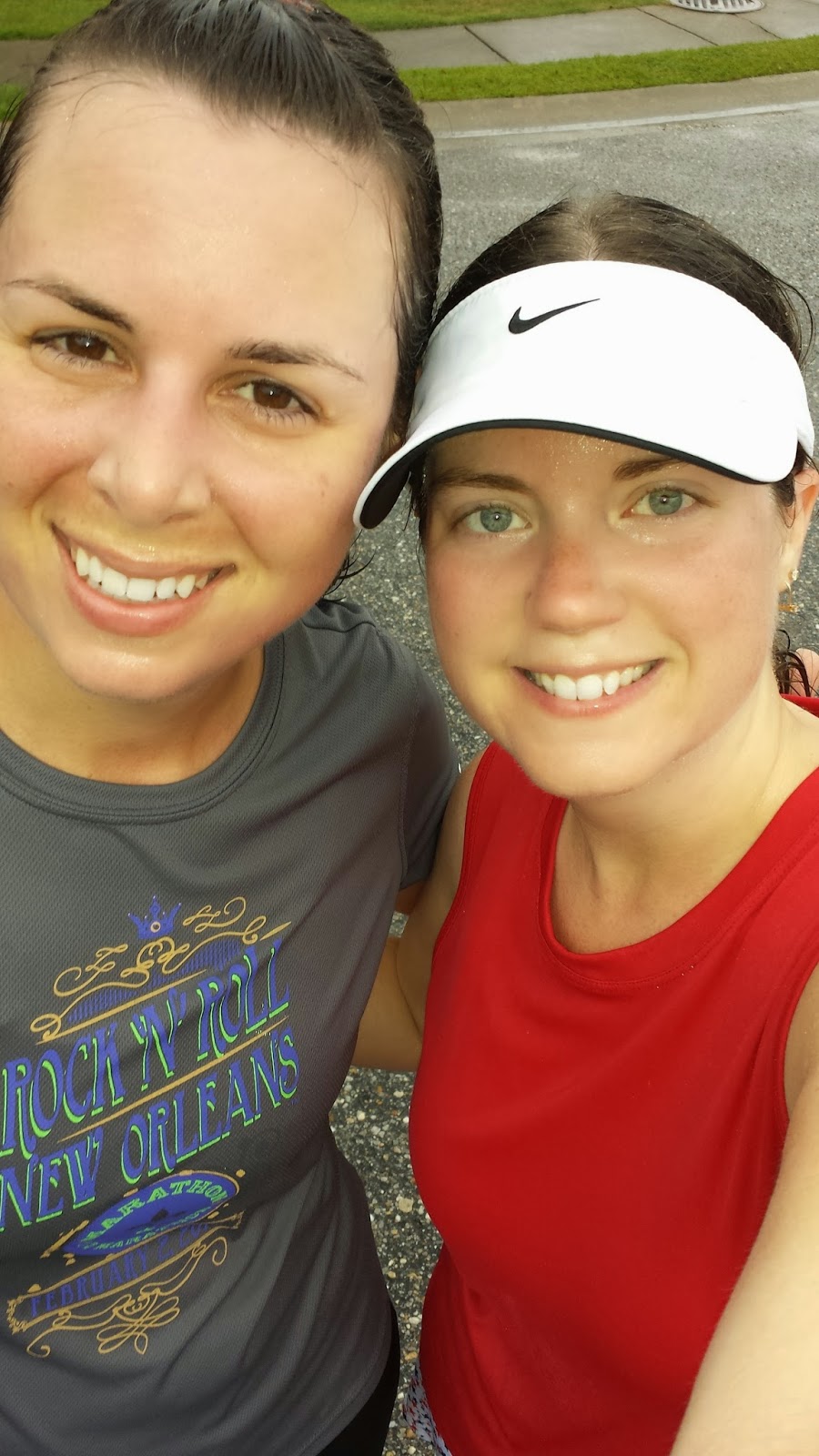 And just an FYI...it stopped raining shortly after my run...and never rained again all weekend long!!!!

QOTD: Do you like to run in the rain?