Saturday morning, after my long run, me and the family headed to Mobile to the Hank Aaron Stadium to participate in the Walk to Defeat ALS!

A few months ago one of my former student's parent, Lisa, contacted me about this walk. Her hubby had just been recently diagnosed with ALS or Lou Gehrig's Disease. I was so sad to hear this. Her hubby was an avid bike rider and I was always in awe of the rides he would do every weekend.

What exactly is Lou Gehrig's Disease? I had heard of it but never really knew what it was. ALS stands for amyotrophic lateral sclerosis and is more commonly known as Lou Gehrig’s Disease. It's a progressive, fatal neuromuscular disease that slowly robs its victims of their ability to walk, speak, swallow, and breathe. Every 90 minutes someone is diagnosed with ALS and every 90 minutes someone loses their battle with this disease. The life expectancy after diagnoses is 2-5 years. There is no known cause of the disease. There is no cure.

On average it costs $200,000 a year to care for someone with ALS. Lisa was determined to help raise money for ALS. And I was so honored when she asked if I would walk with her on this day.

I was honored to be walking that day....and walking with my family! The team color was red so we all wore red or the optional team shirts. It was fun to all be dressed in the same color! 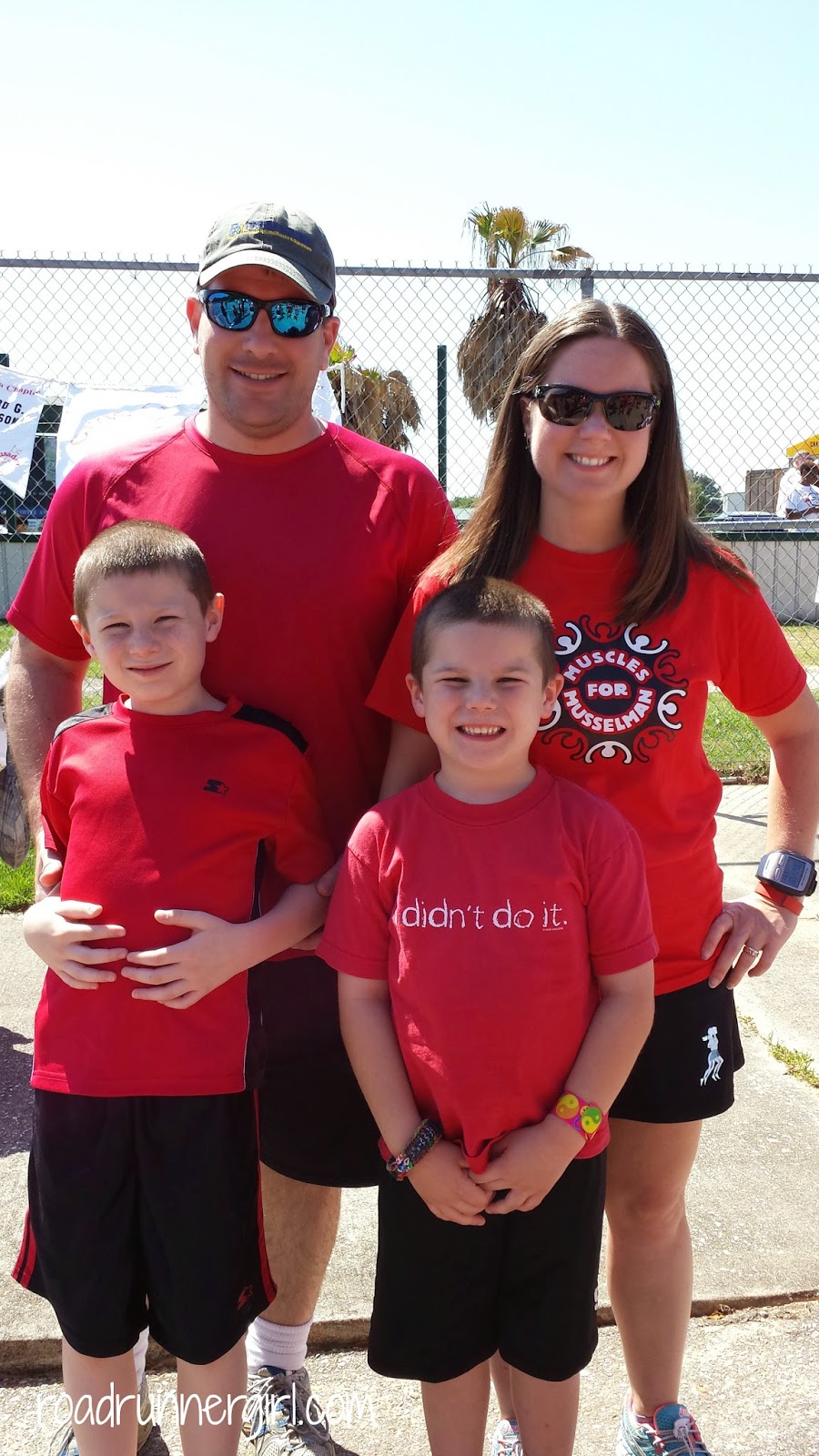 For the walk, we were to walk two laps around the stadium. It added up to be about one mile. My boys did great and there was very little complaining. I think they knew they were walking for an important cause!

We walked right behind the banner for the majority of the walk. You can see me and the boys in the second picture (my hubby had made a quick stop at the bathroom but caught up with us). 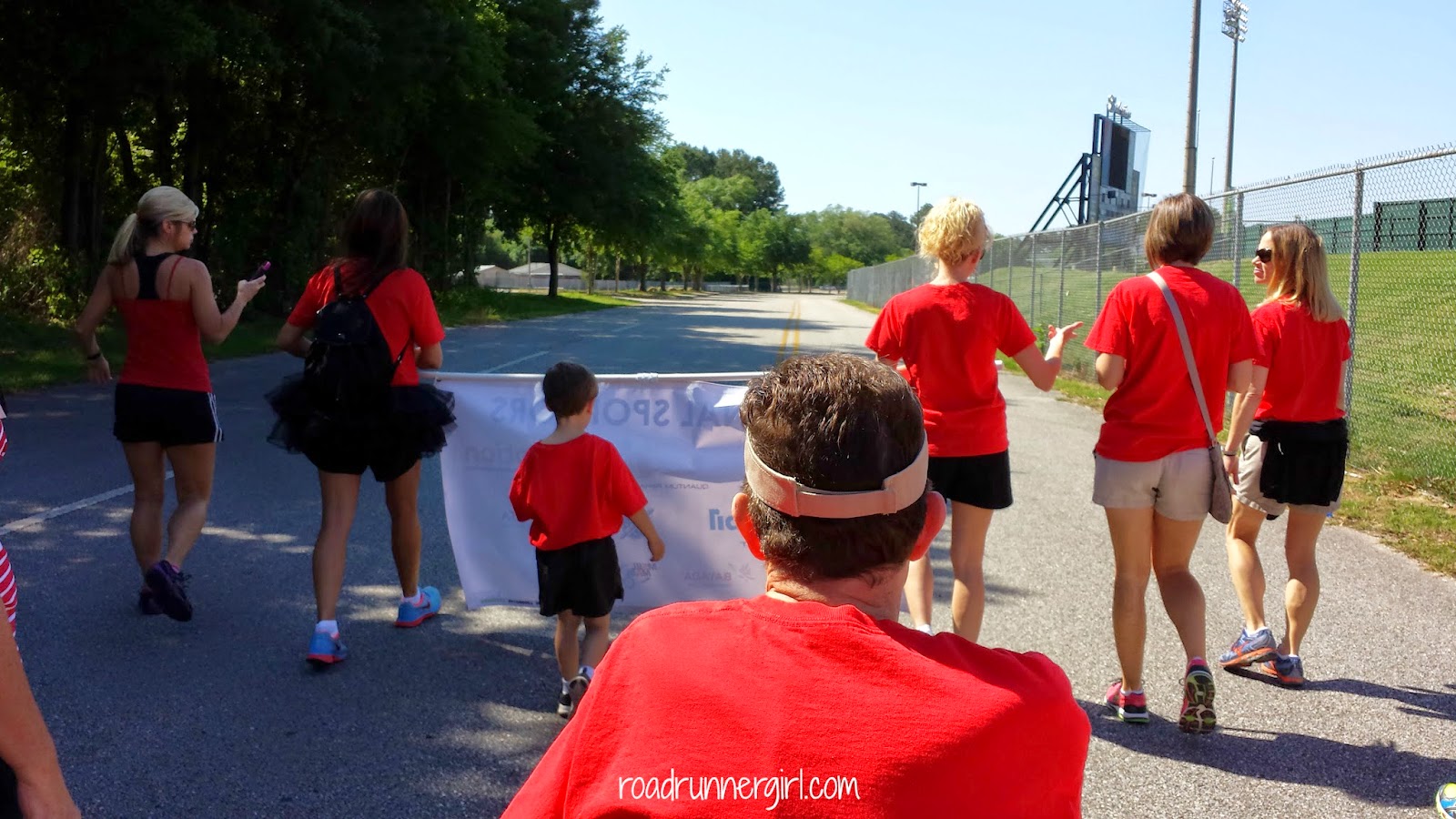 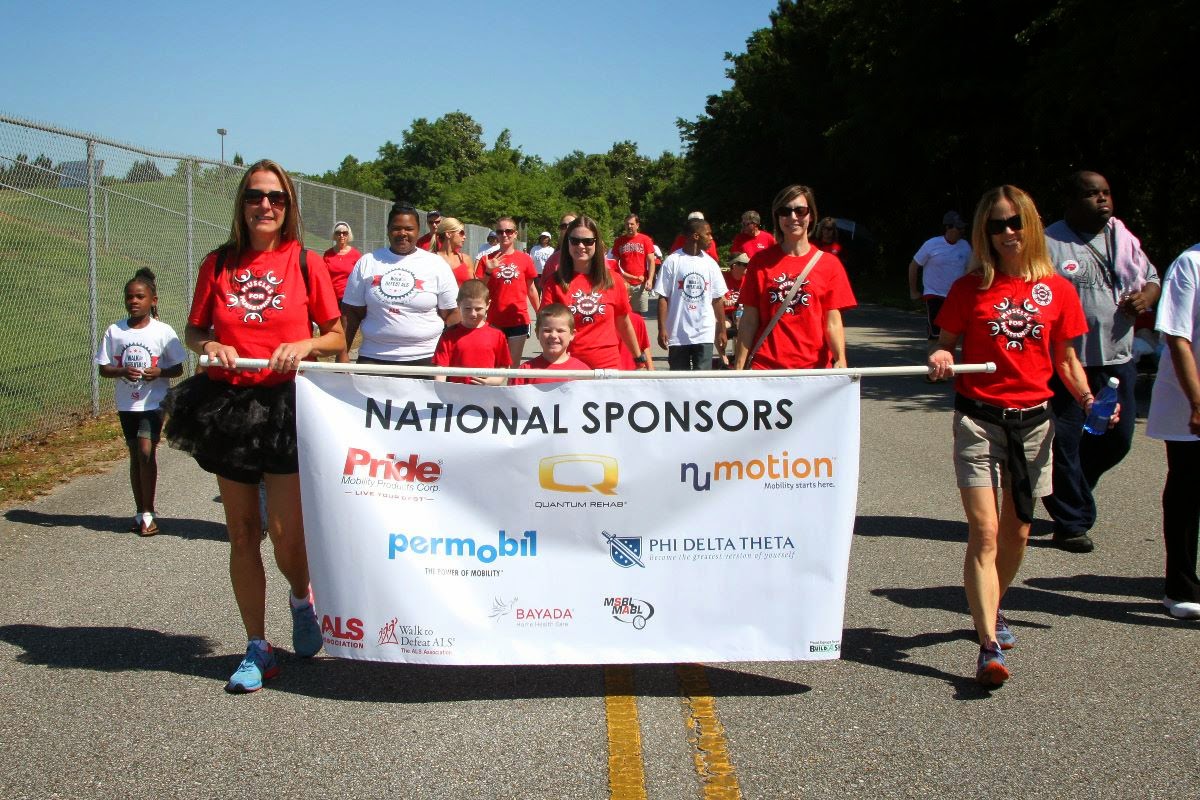 After the walk we took a group picture of Team Muscles for Musselman! There were so many of us!!! 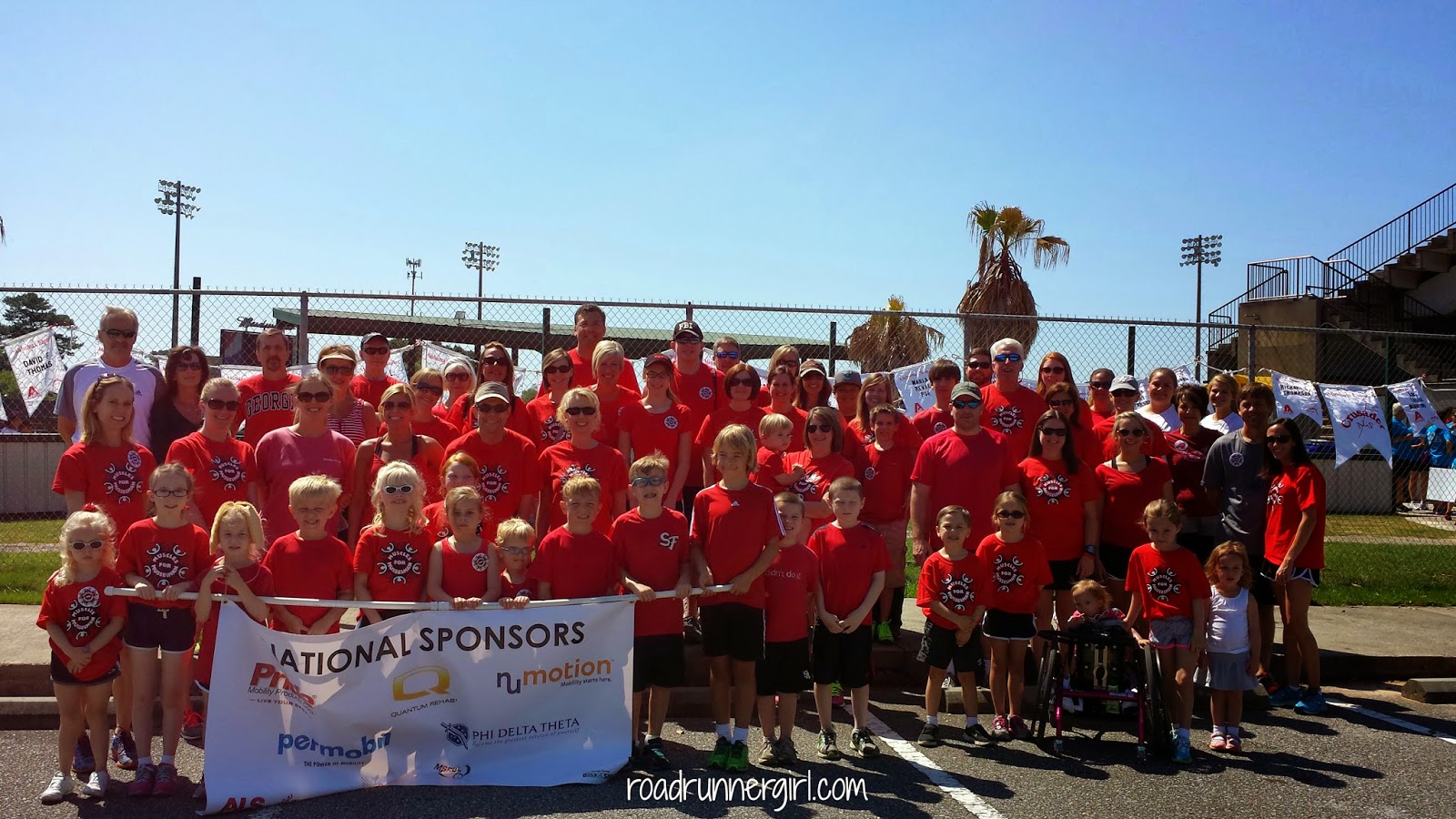 And here's my friend Lisa and her hubby Andy! They are some of the sweetest people I have ever met! 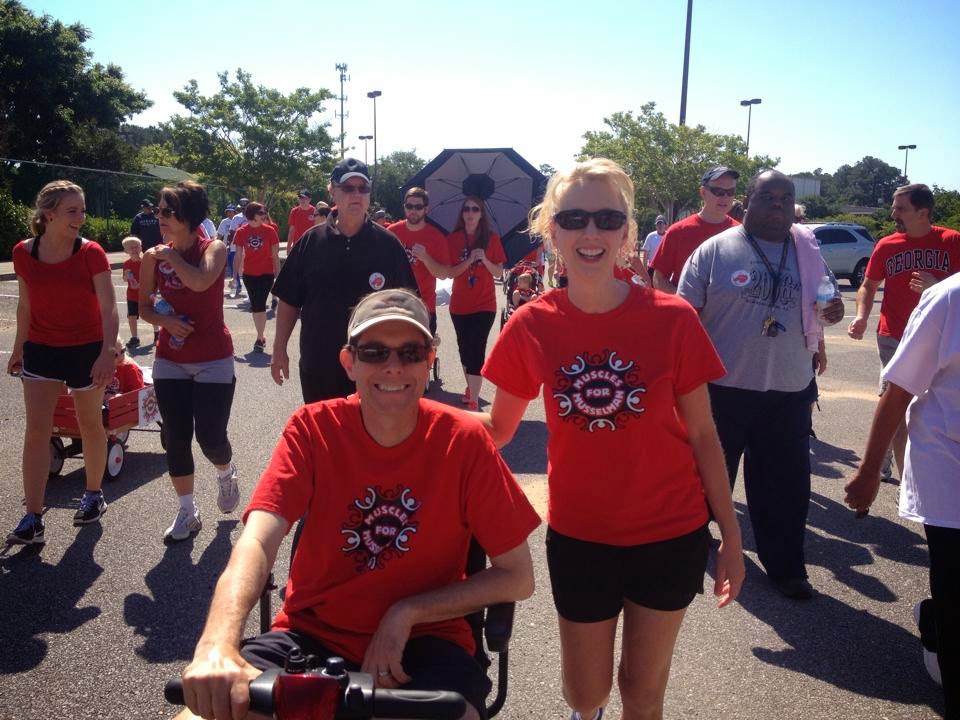 I've done so many races but this walk meant so much! It was an honor to walk for Team Muscles for Musselman!

QOTD: Have you ever done a walk or race for a charity?