It seems like so many of my long runs this summer have been after a thunderstorm or between thunderstorms! This past weekend was another one of those instances. I woke to really loud thunder and horrible lightning. It was so bad that several houses in the neighborhood next to me got struck by lightning and lost a lot of their electronics.

When my alarm went off it was still raining pretty bad. I had several texts from my friend Paige who was checking the radar and hour by hour. The only problem....the same rain cell had been sitting on top of us for about 2 hours! We were already experiencing some flooding due to getting about 2 inches a rain in such a little amount of time. But it looked like the rain would clear about an hour after our scheduled run time.

We went ahead and met at our scheduled start time of 6AM. It was POURING! So I hopped in the car with Paige (and a few of our other friends hopped in too) and we decided what to do. After about 45 minutes of waiting the rain had stopped but there was still some lightning in the distance. I said out loud, "God give us a sign! Should we go ahead and run?" Then the coolest thing happened! I looked out the side window and saw a rainbow in the sky!!! God sent us our sign!!! :-) 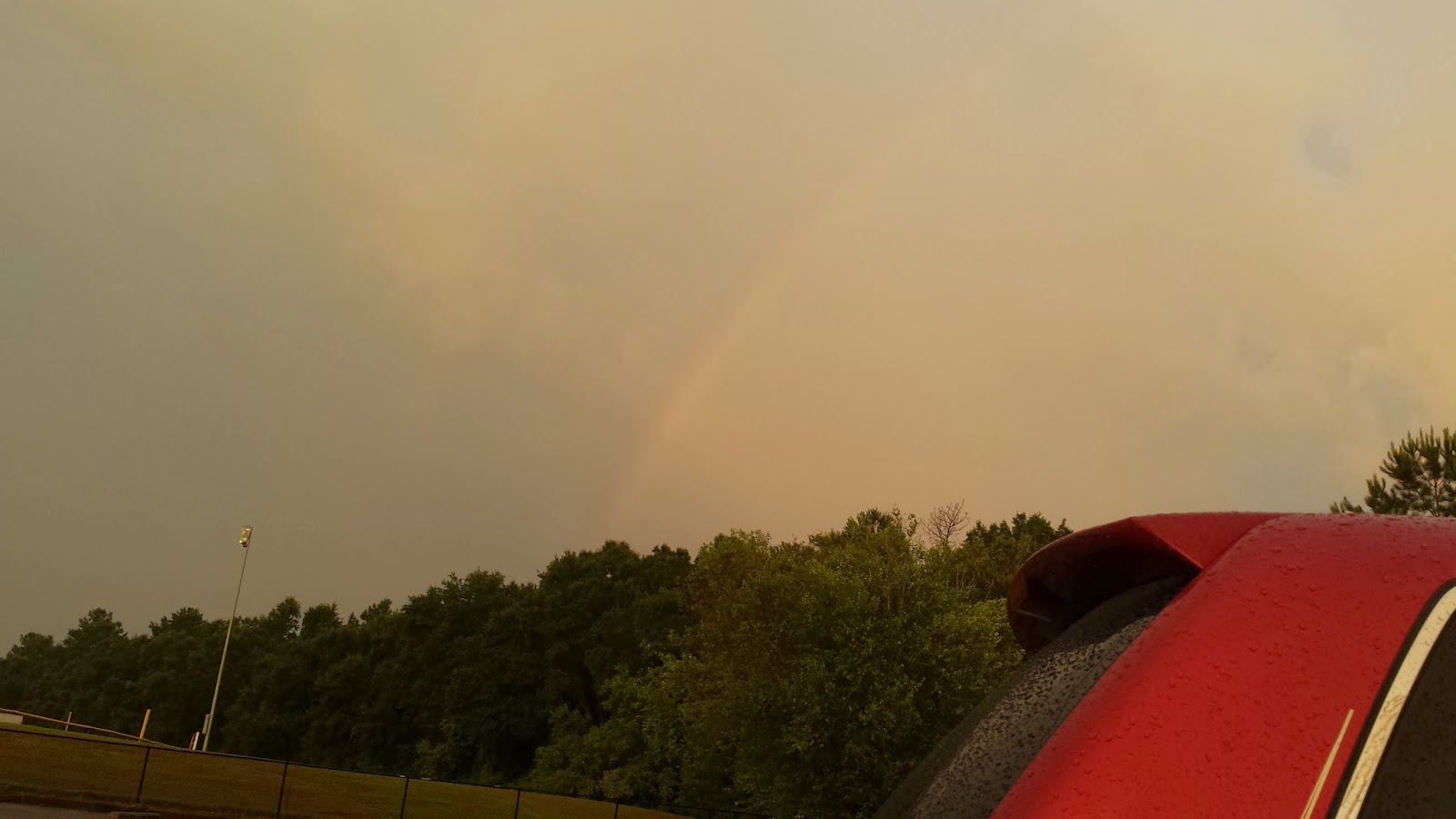 So we got out of the car and began our run! The rain had cooled it off a little bit so that was really nice! We got to about mile one and we were about to turn into a neighborhood. All of a sudden I saw something in the ditch. It looked like a poor puppy stuck in the rushing water! We immediately stopped to check it out. If it was a dog I was ready to jump in and save him! But as we got closer we saw that it was just a statue. I'm not sure how it got in the ditch (several of the ladies said it was probably a cruel joke by some teenagers). But it looked so real! I'm glad it wasn't real though. 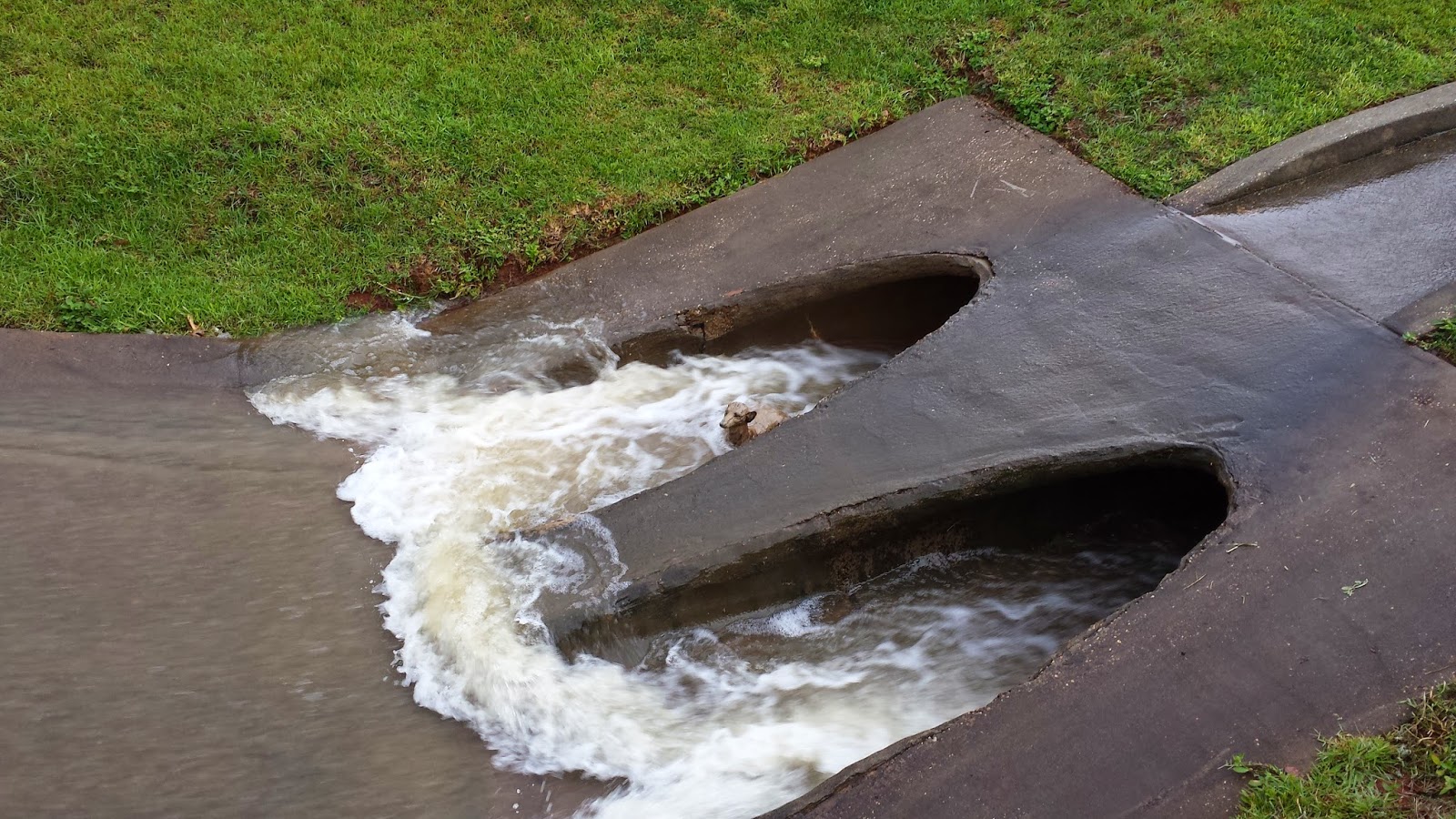 It had been an eventful run so far! Luckily the rest of the run wasn't as eventful! I felt amazing the entire run! It wasn't as hot as it had been although the humidity was still pretty high. I was able to pick it up at the end and finish strong! I'm hoping I'm going to feel this way at my next half marathon next month! :-) 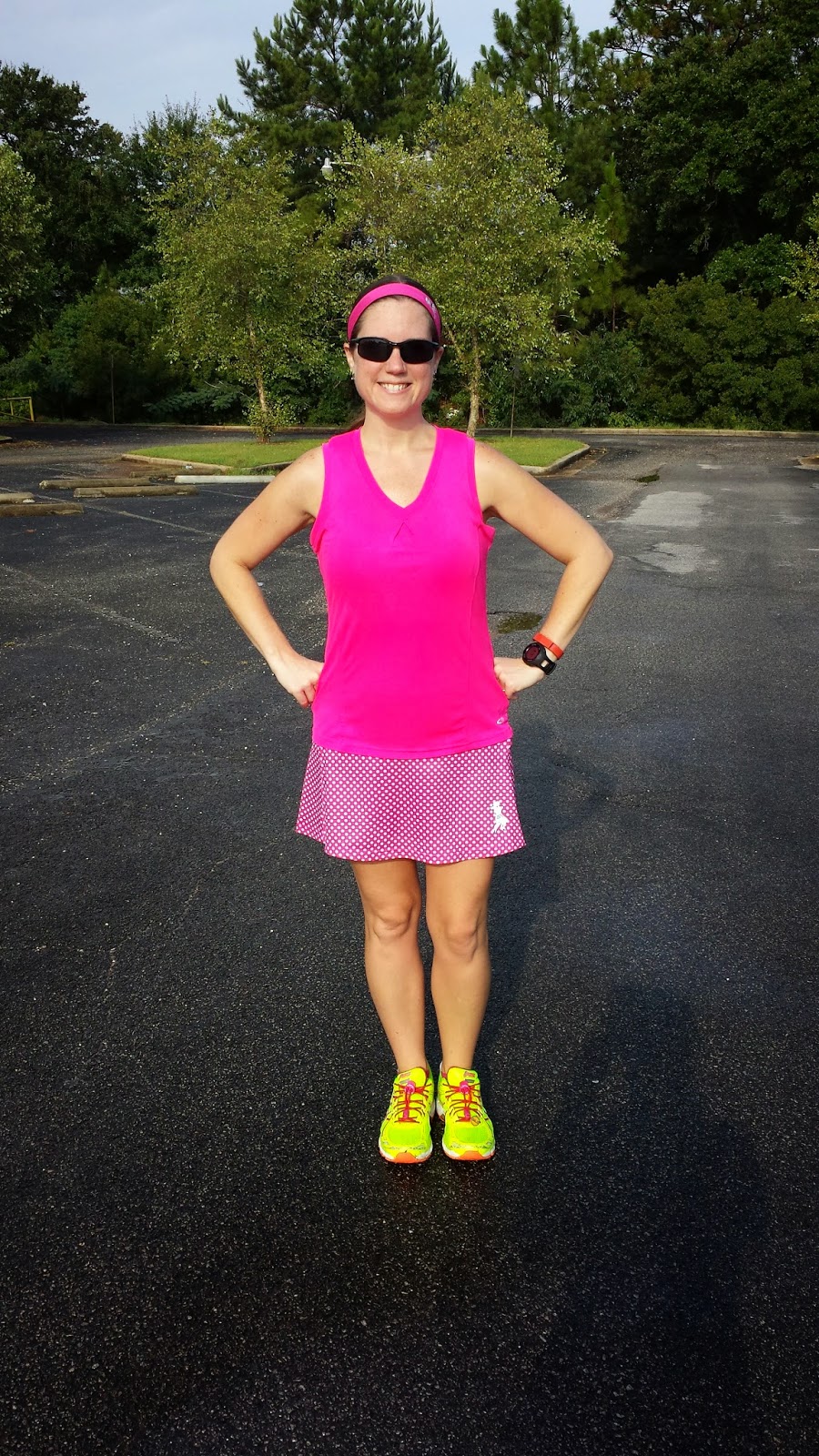 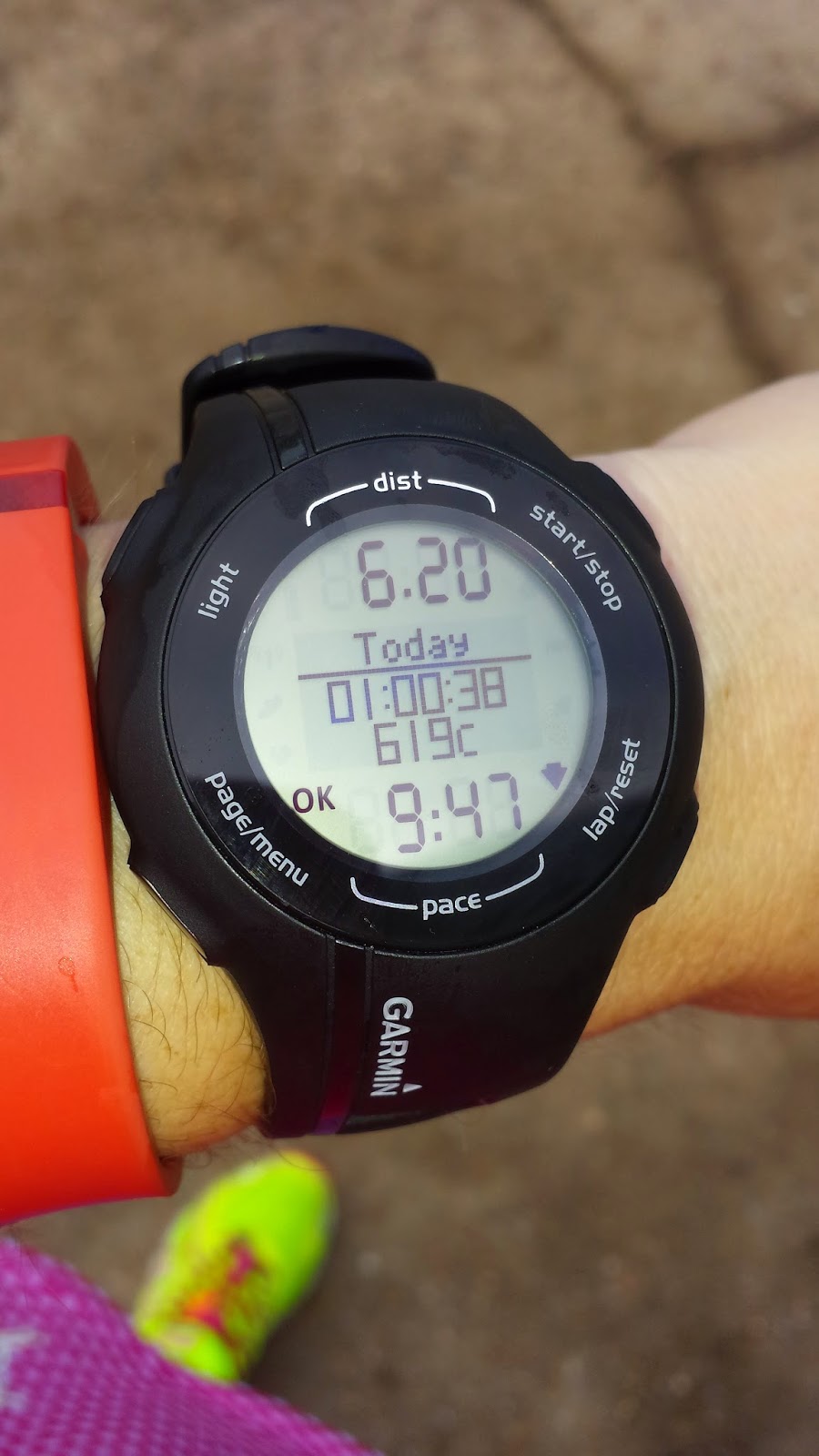 I enjoyed running with my friend Andria! It had been a few weeks since we had run together! 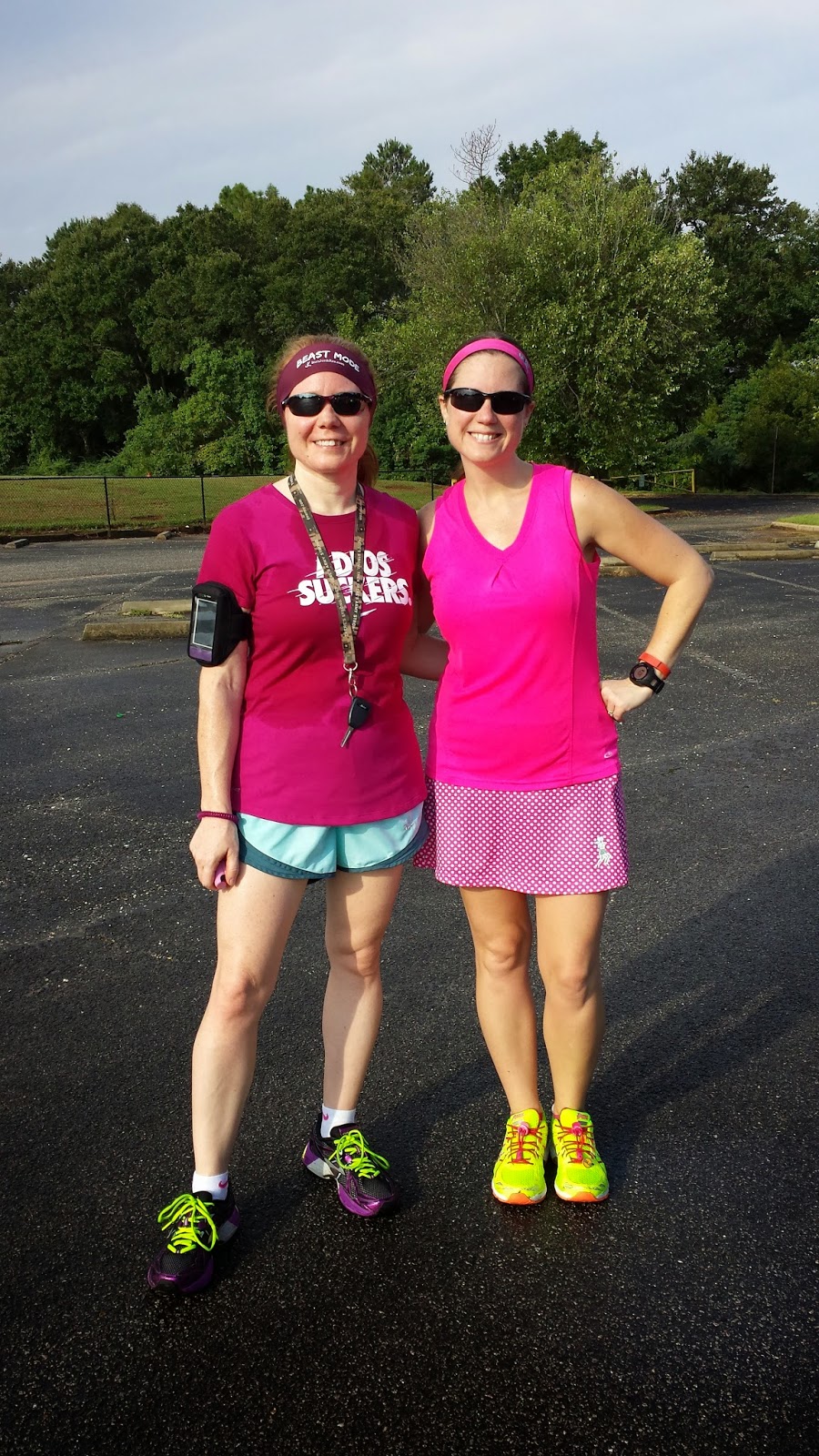 Me and my awesome friend Paigey! It's been awhile since we've taken a picture together! 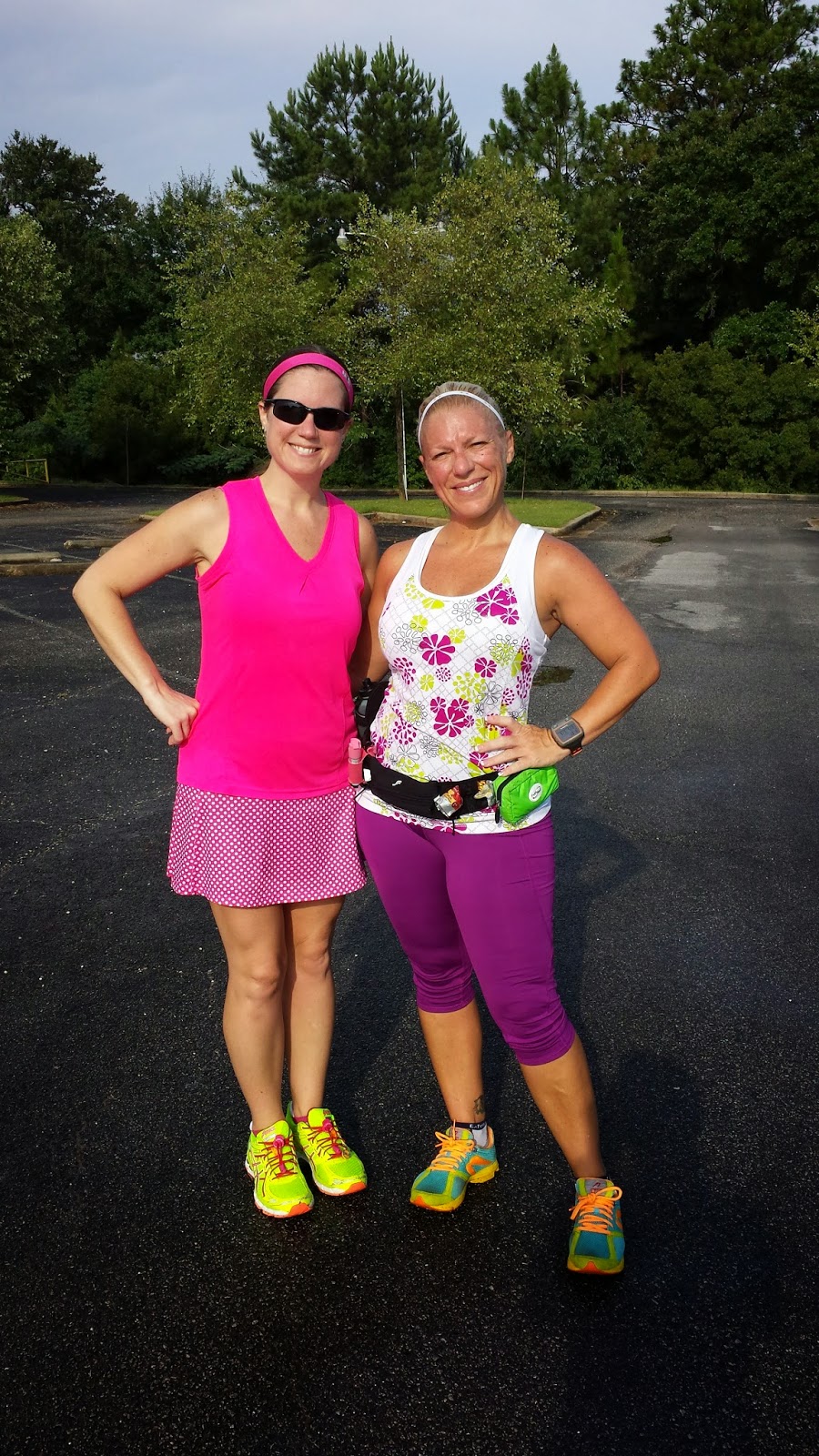 It was a great run! It started out with horrible weather...we were worried we wouldn't get to run at all. But at the end of our run the sun was shining bright...and so were we!

QOTD: Has God ever given you a sign in your life? Do you wait on rain to pass so you can run or do you just give up and plan to run another time?