Disclaimer: I attended a High Definition Cycle Class at Bodies By Cindy Health and Fitness Center for free as part of the Fitness Influencer Campaign through Fit Approach. I received no other compensation. All opinions in the post below are mine and mine alone!

I was super excited to be given the opportunity to be a fitness influencer from Fit Approach! My job was to review a class at a gym in my area. Sounds so fun right? The gym I was chosen to review was Bodies By Cindy Health and Fitness Center. This gym was about 45 minutes away from where I live. I signed up to take the High Definition Cycle Class at 6:15 on a Thursday evening. I was excited because it had been about 12 years since I had taken a spin (or cycle as I learned was the correct term now) class!

Luckily my friend Larisa lives about 5 minutes away from the gym and is co-host on the Fat to Fit Radio Show with the gym owner Cindy! So Larisa was excited to attend the class with me! It's always more fun working out with a friend!

The gym is located at 4674 Airport Boulevard in Mobile, Alabama. It was super easy to find! 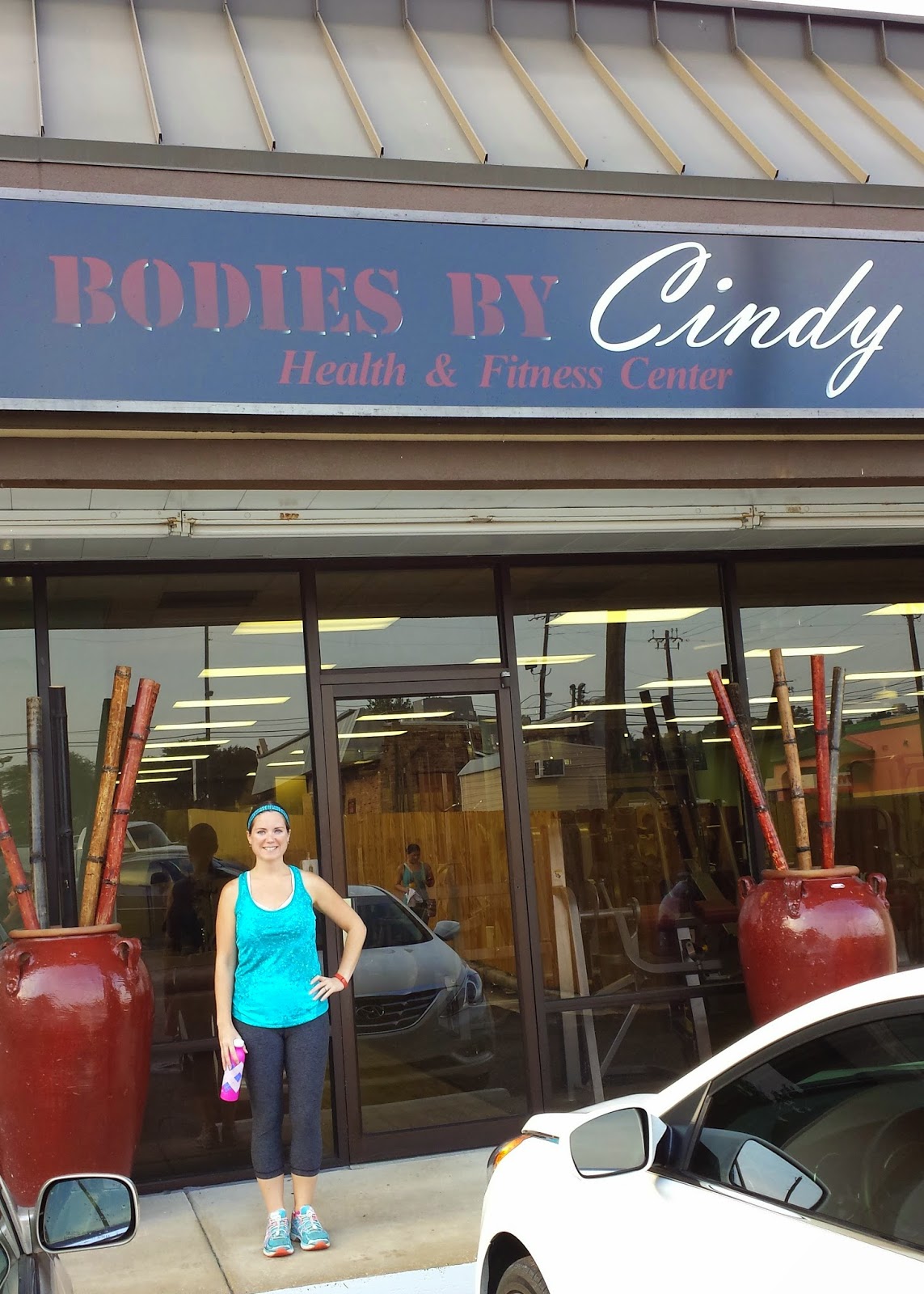 The very first thing that came to mind when I stepped through the door was how CLEAN the gym was! It even smelled clean! None of that sweaty, rubbery smell you usually experience in a gym. I also loved the layout. Everything was very open but also had it's own section. 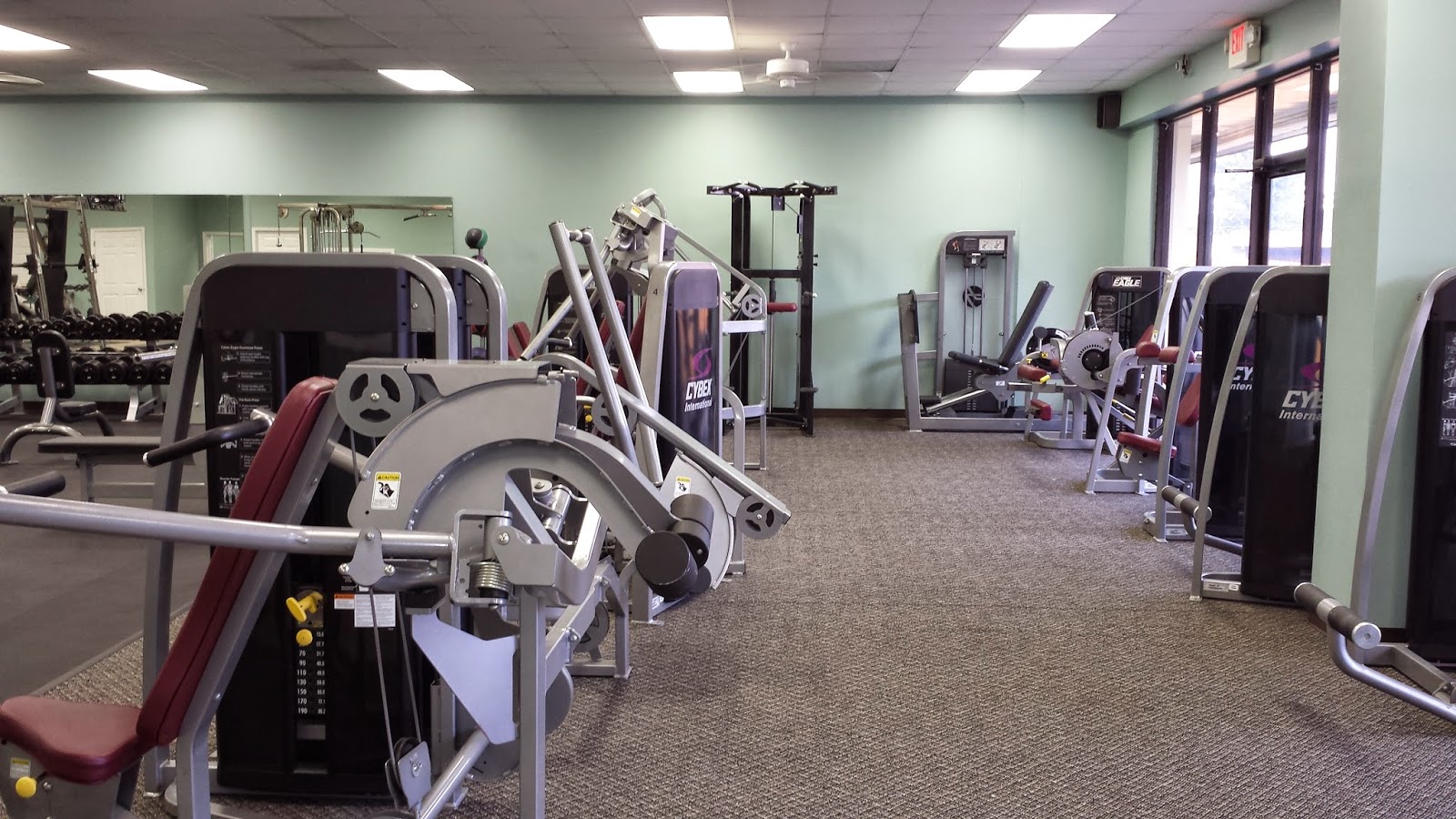 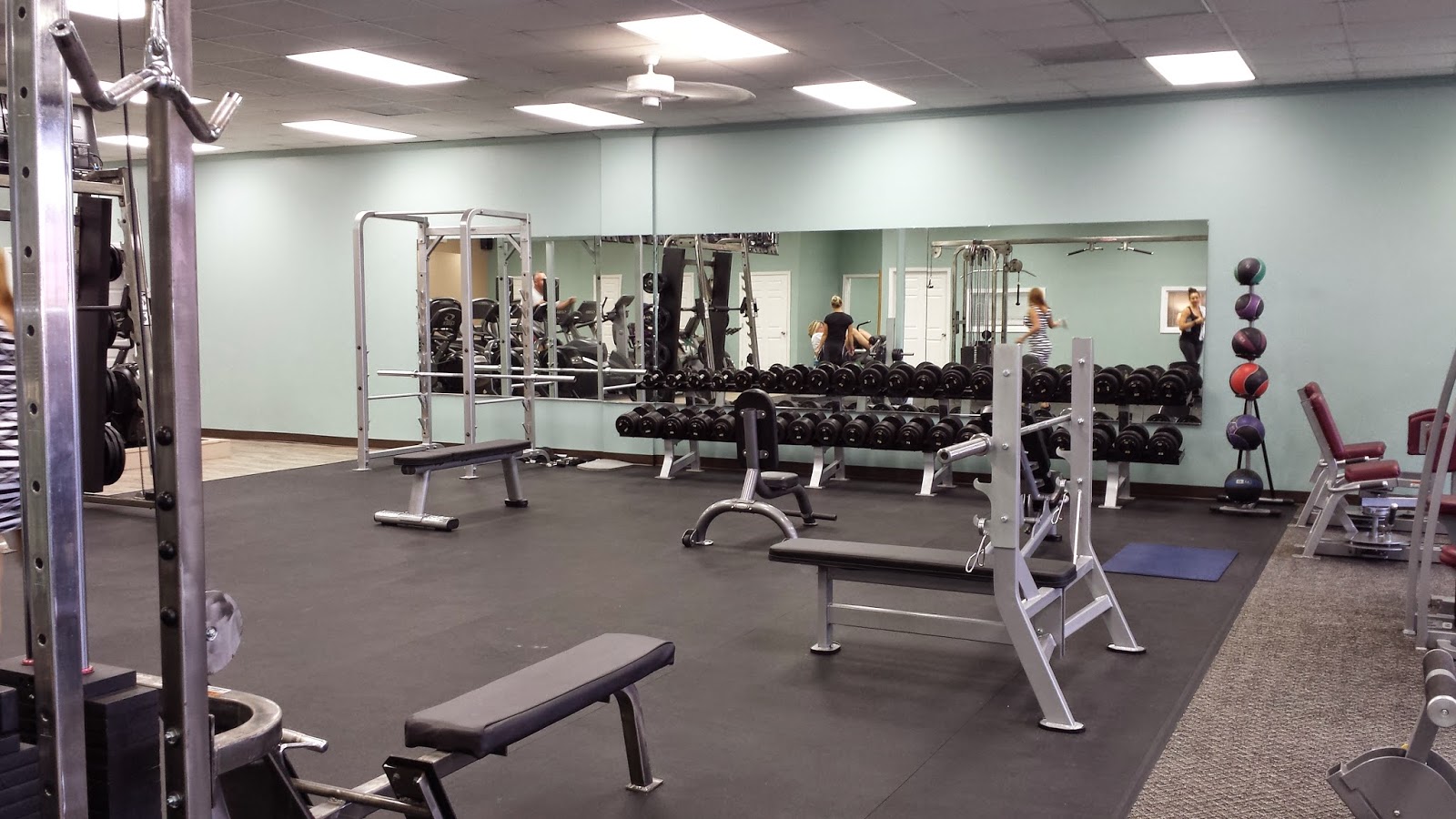 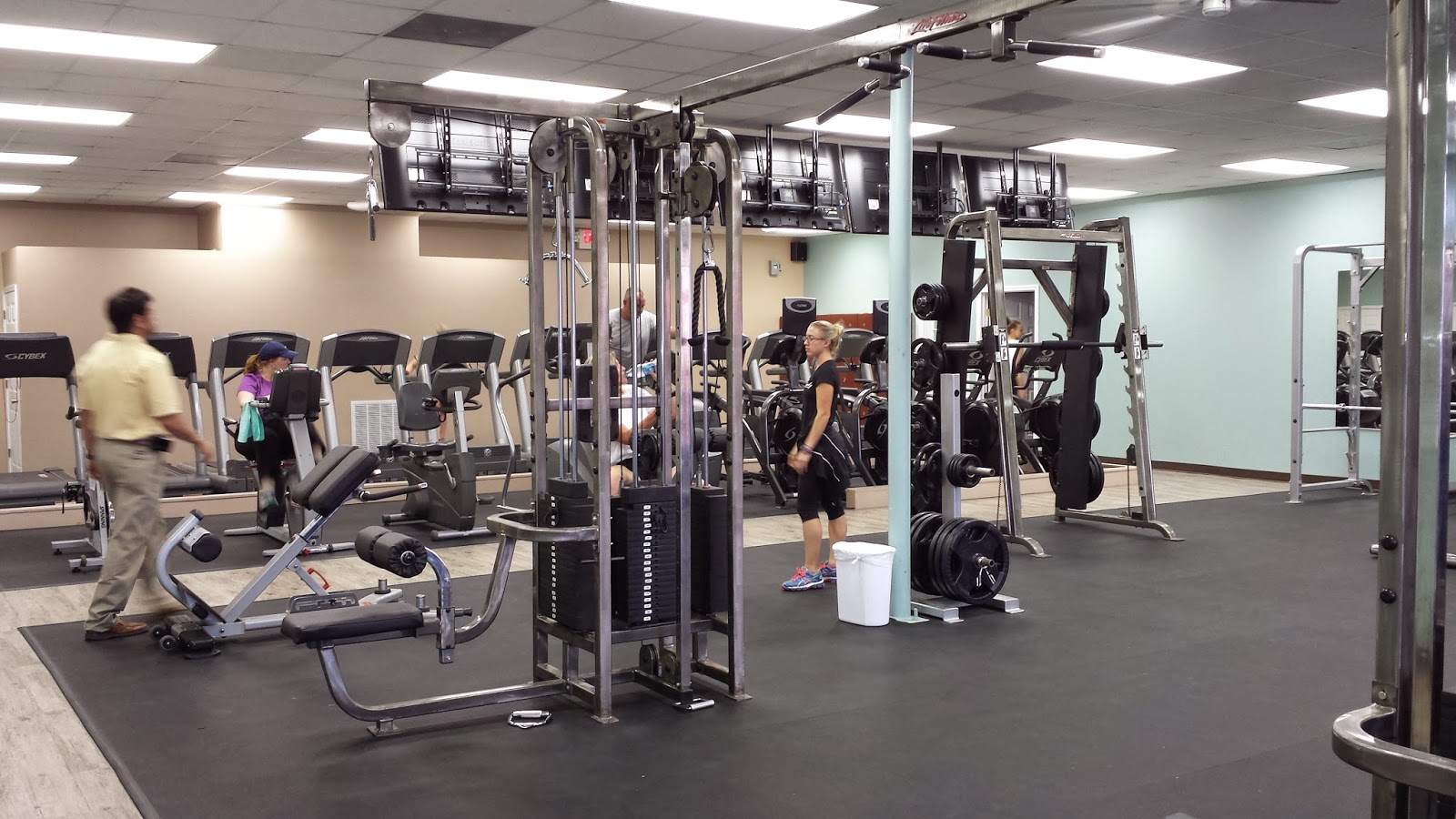 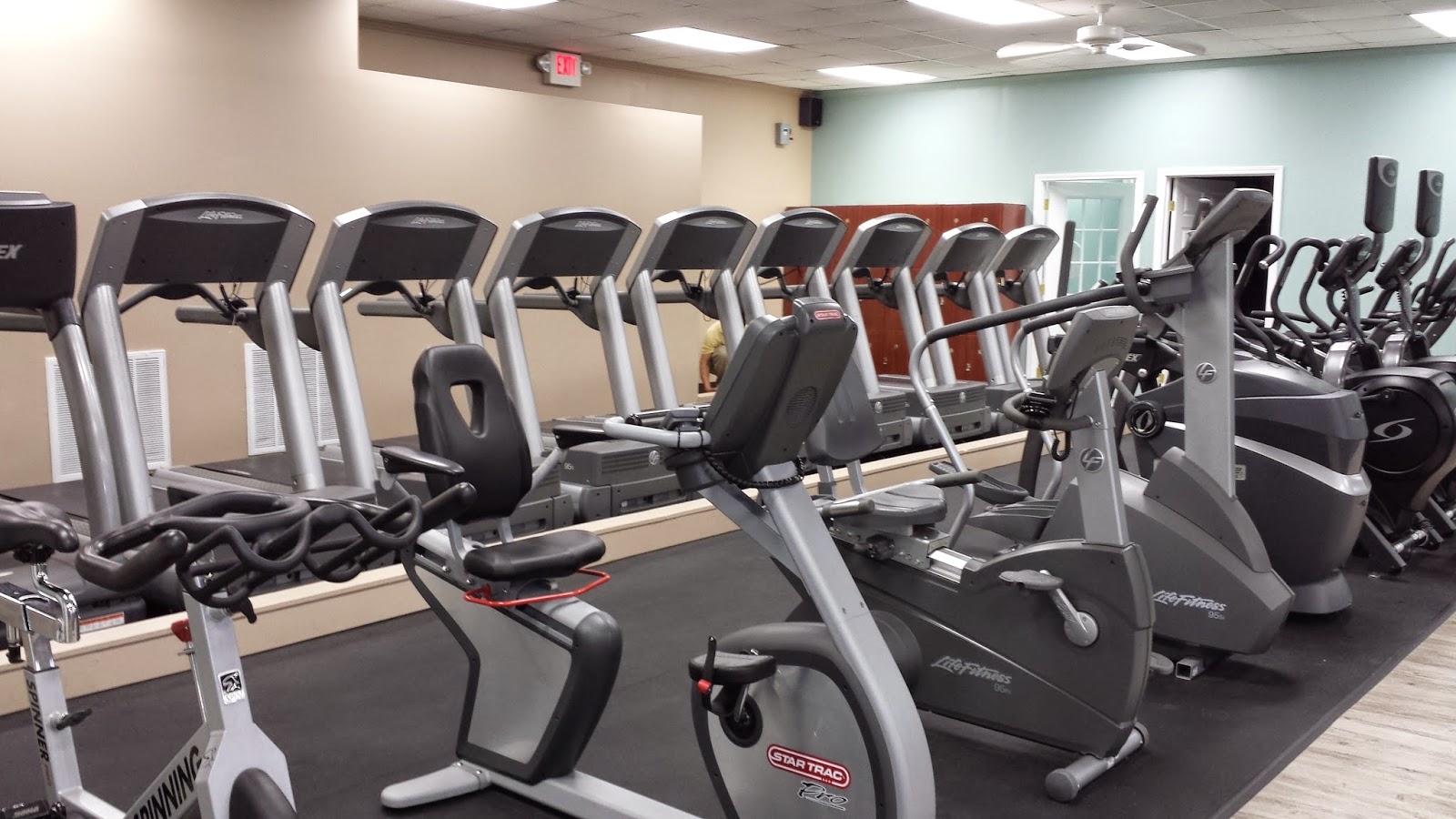 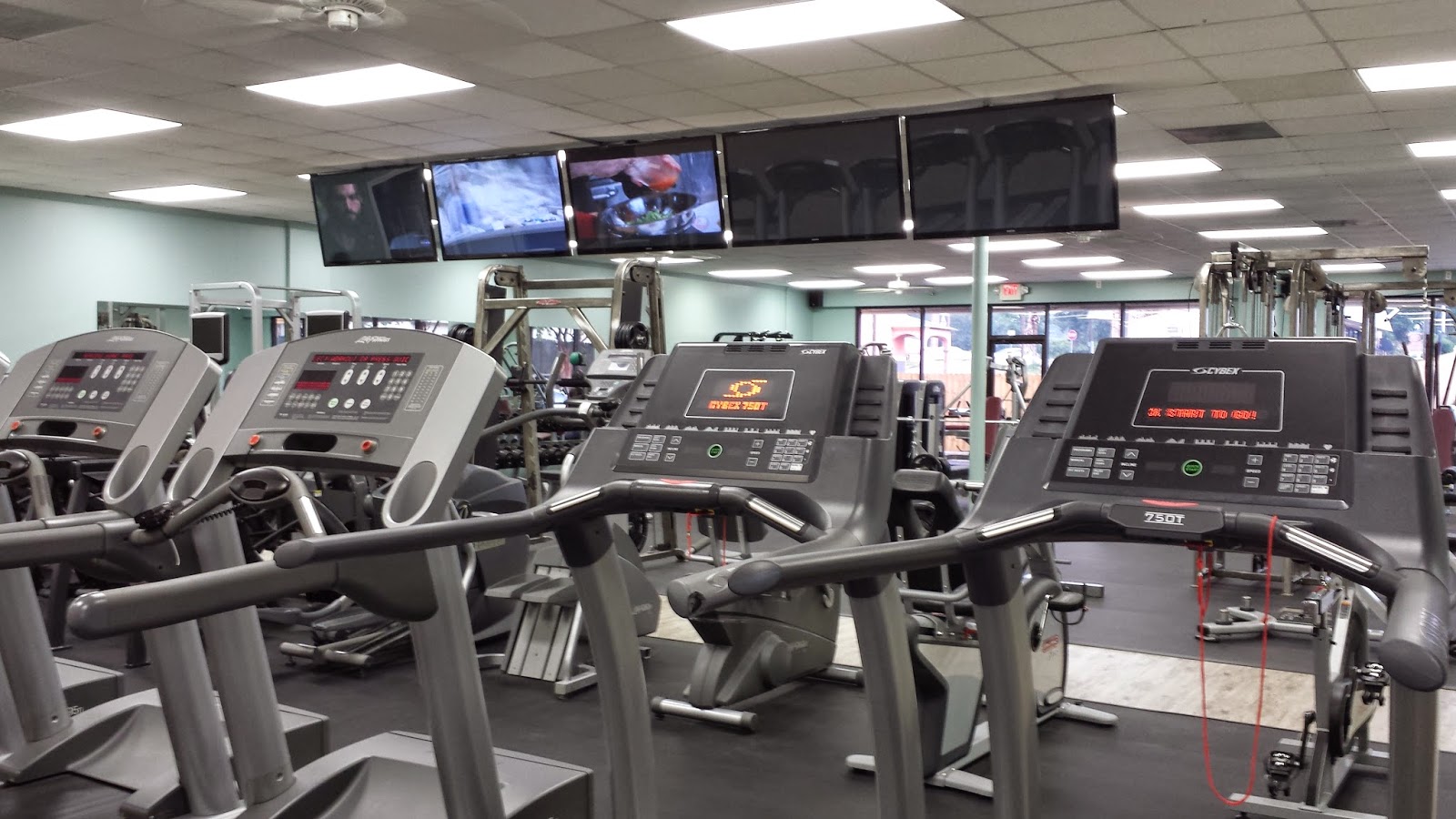 All the equipment looked super nice! And TV's in front of the cardio area are a plus!

The gym also has an awesome private personal training room! 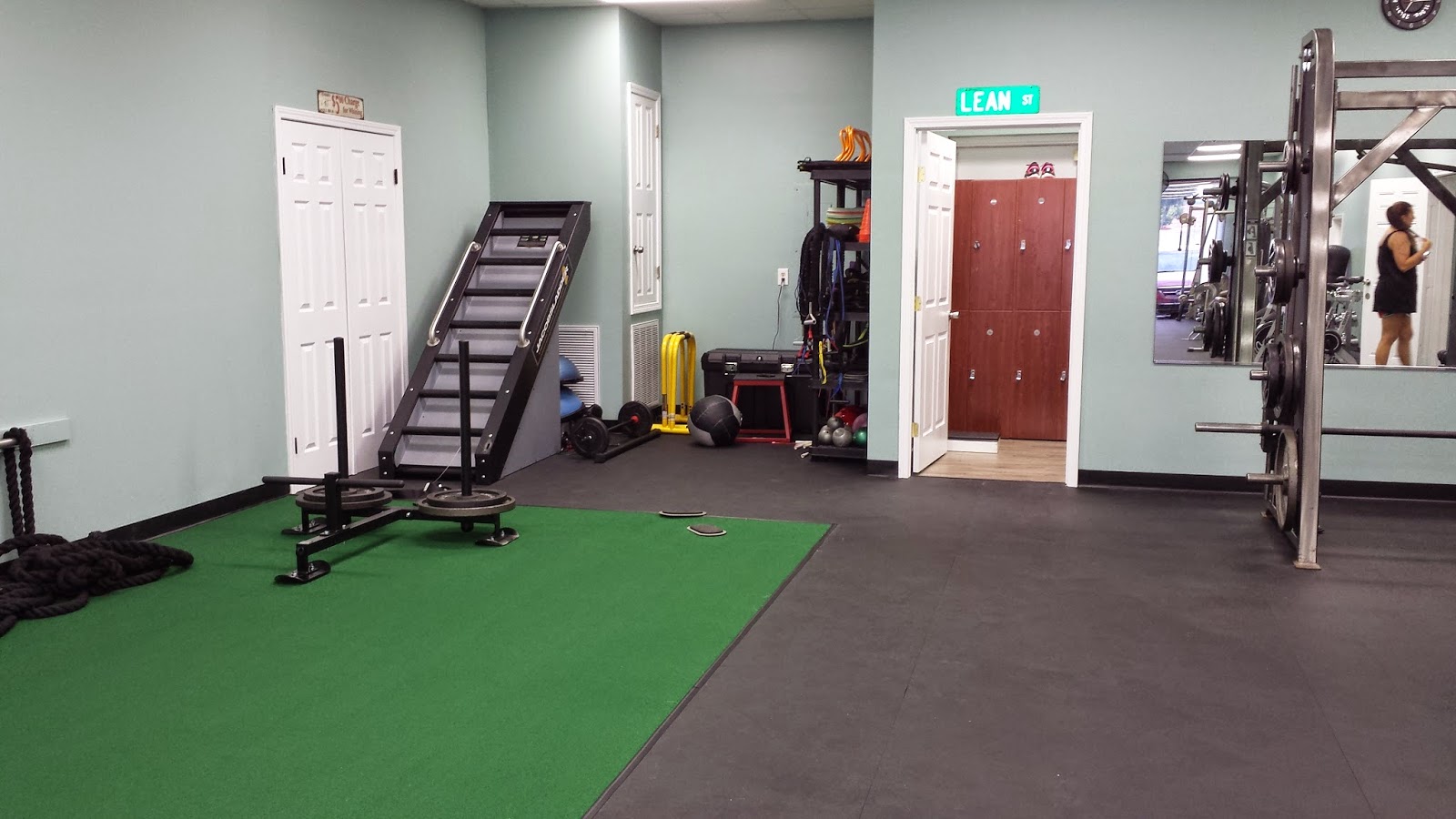 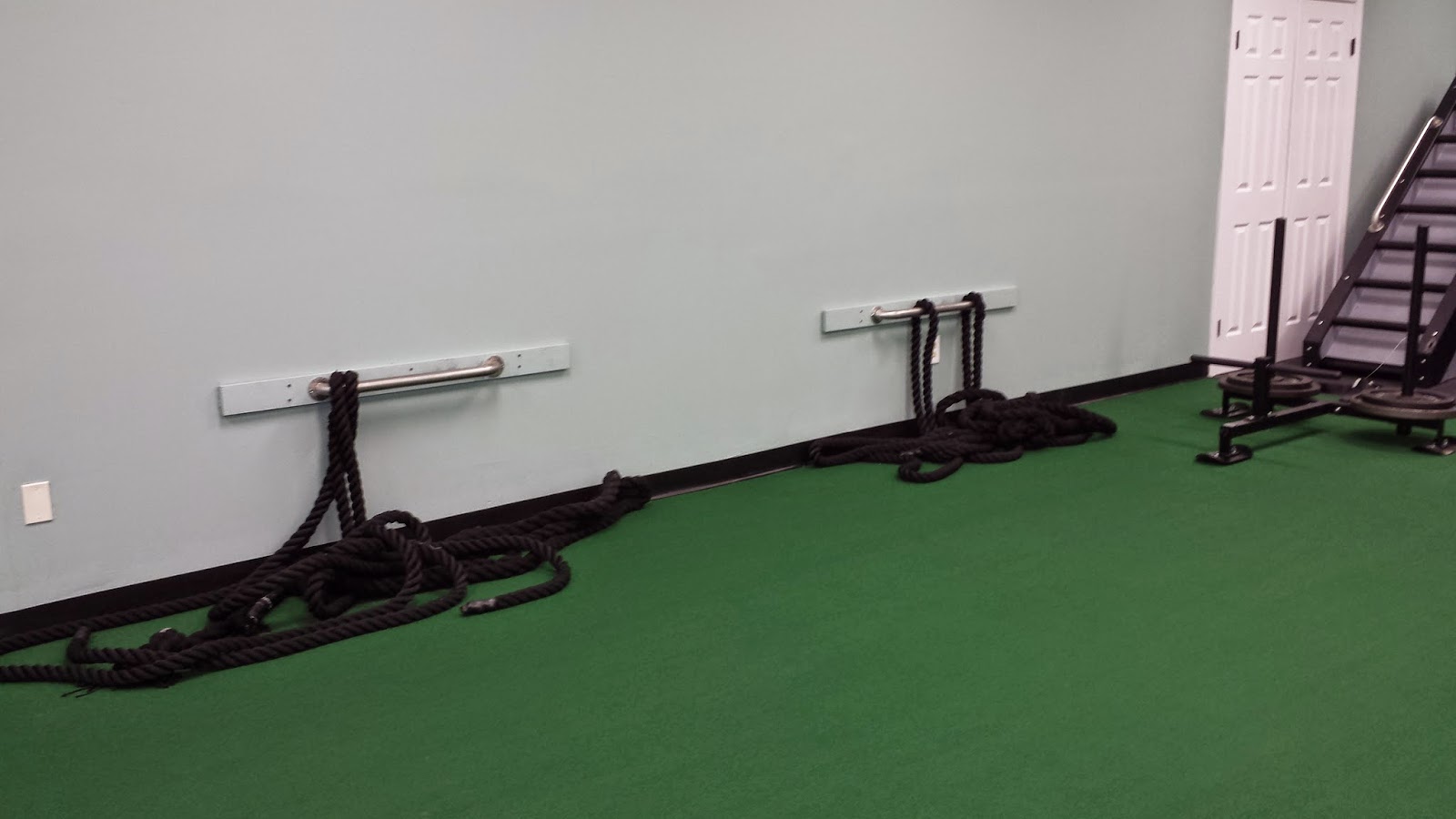 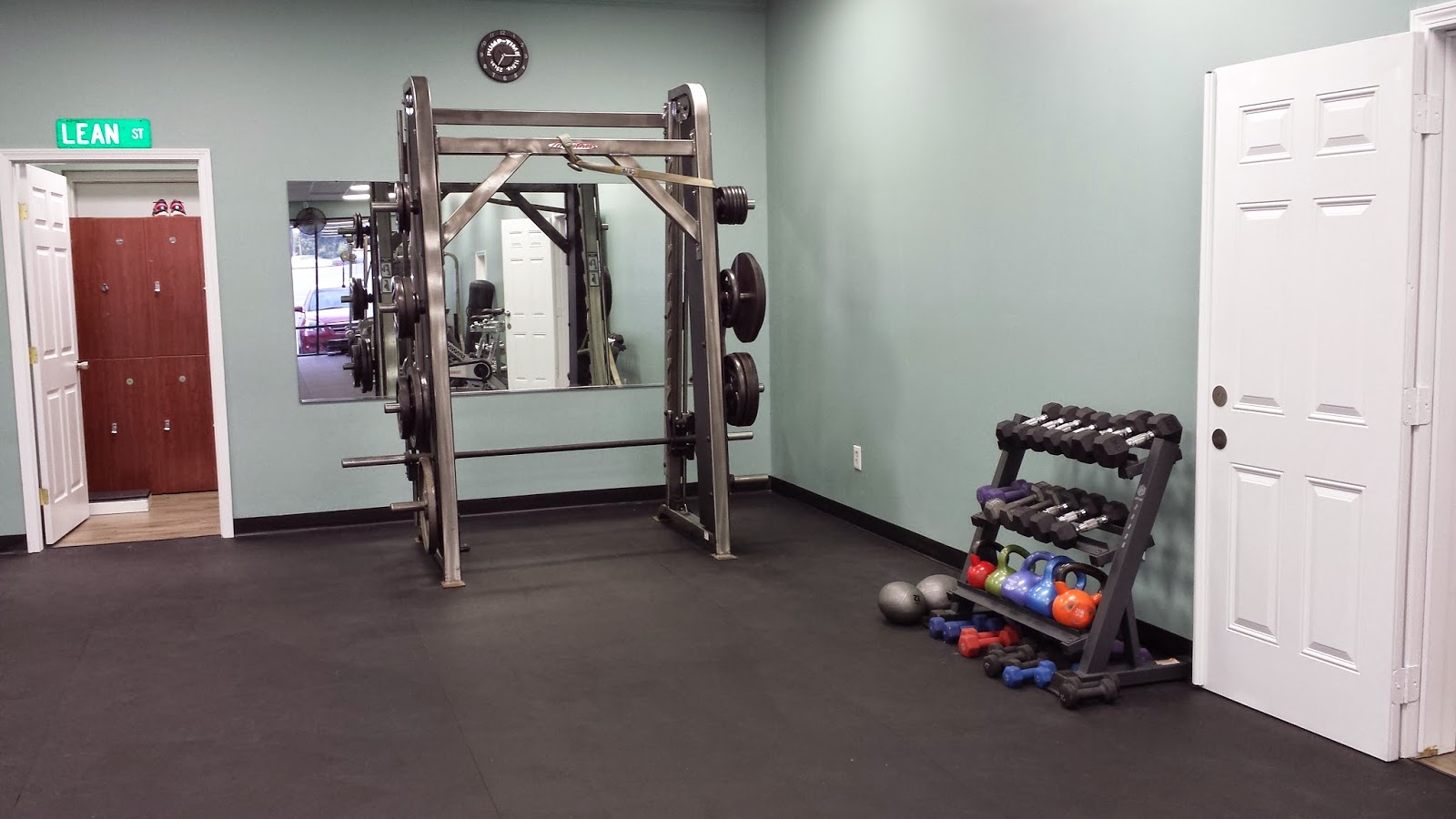 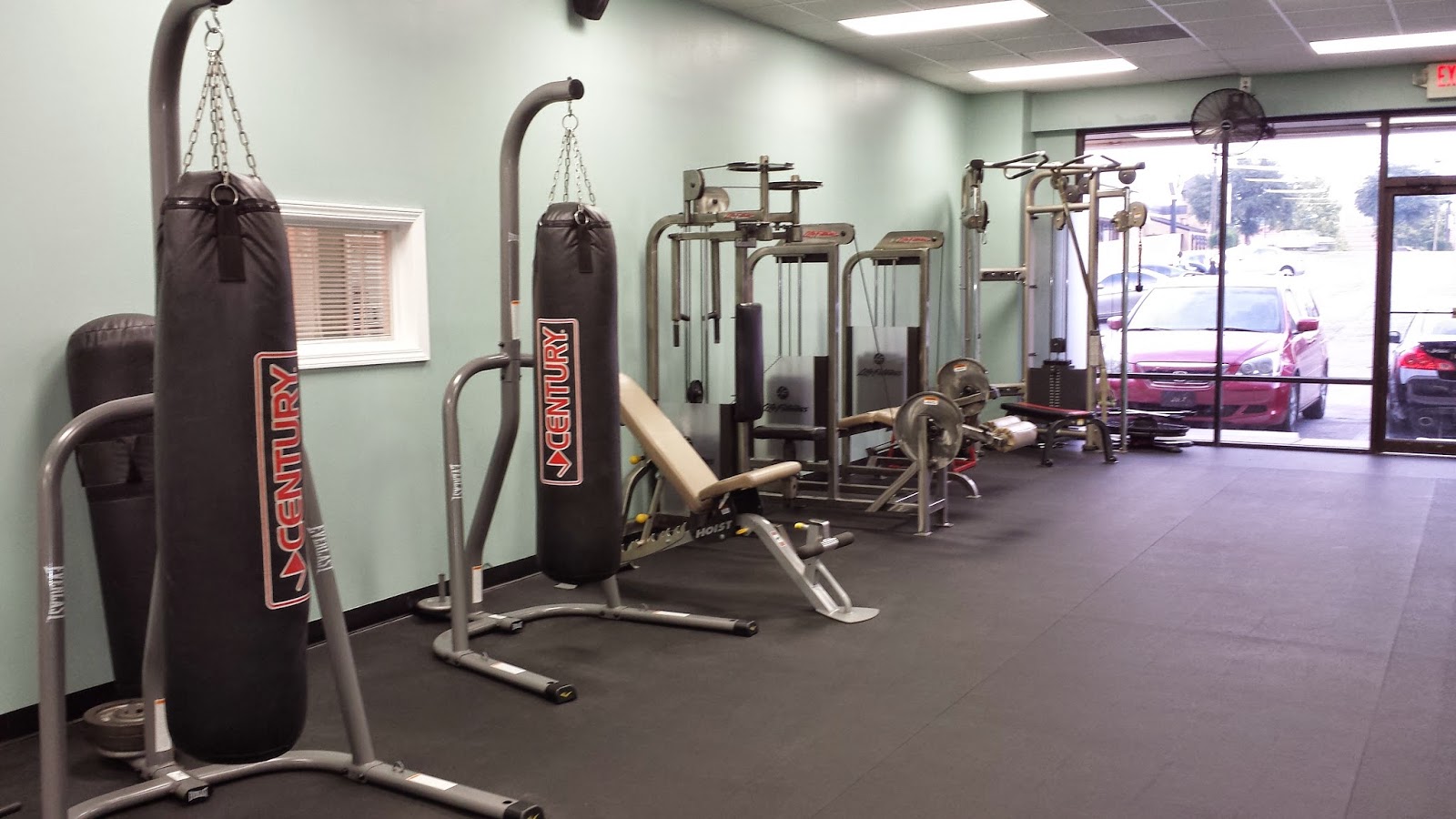 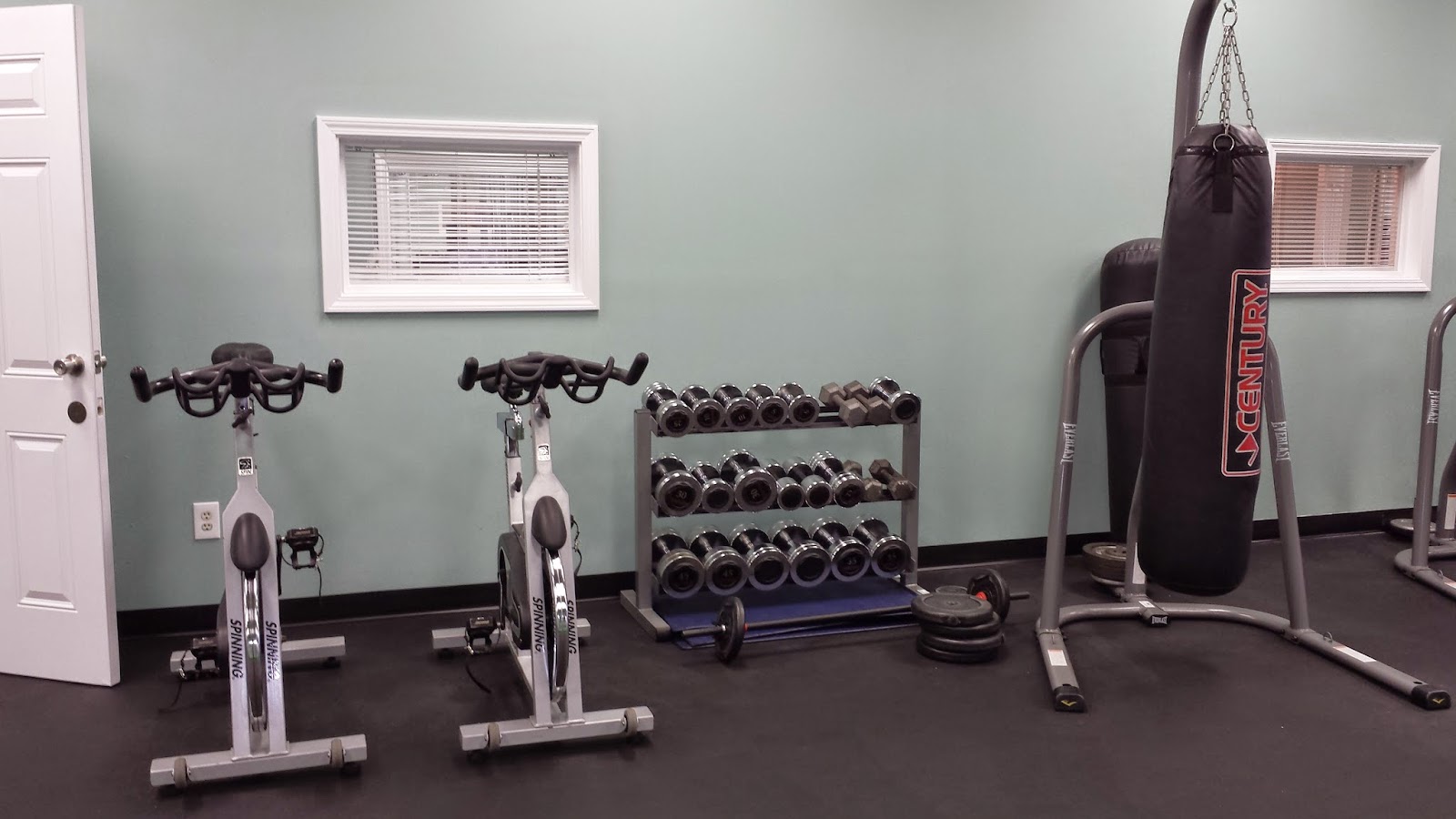 I had to sign a waiver before I could participate in the class. But I got to meet the owners, Cindy and Jason Ross. They were super sweet and seemed excited that I was there! 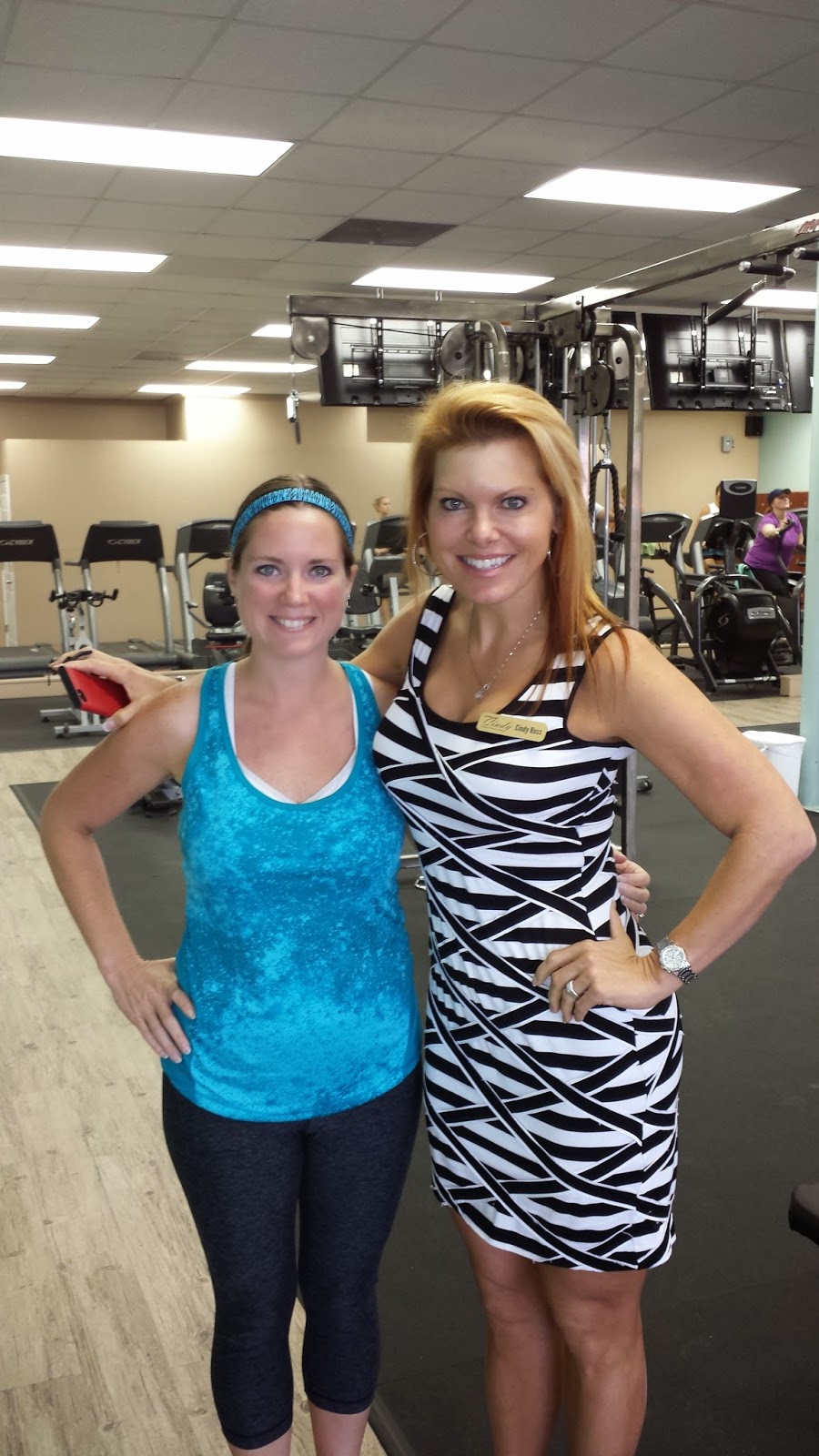 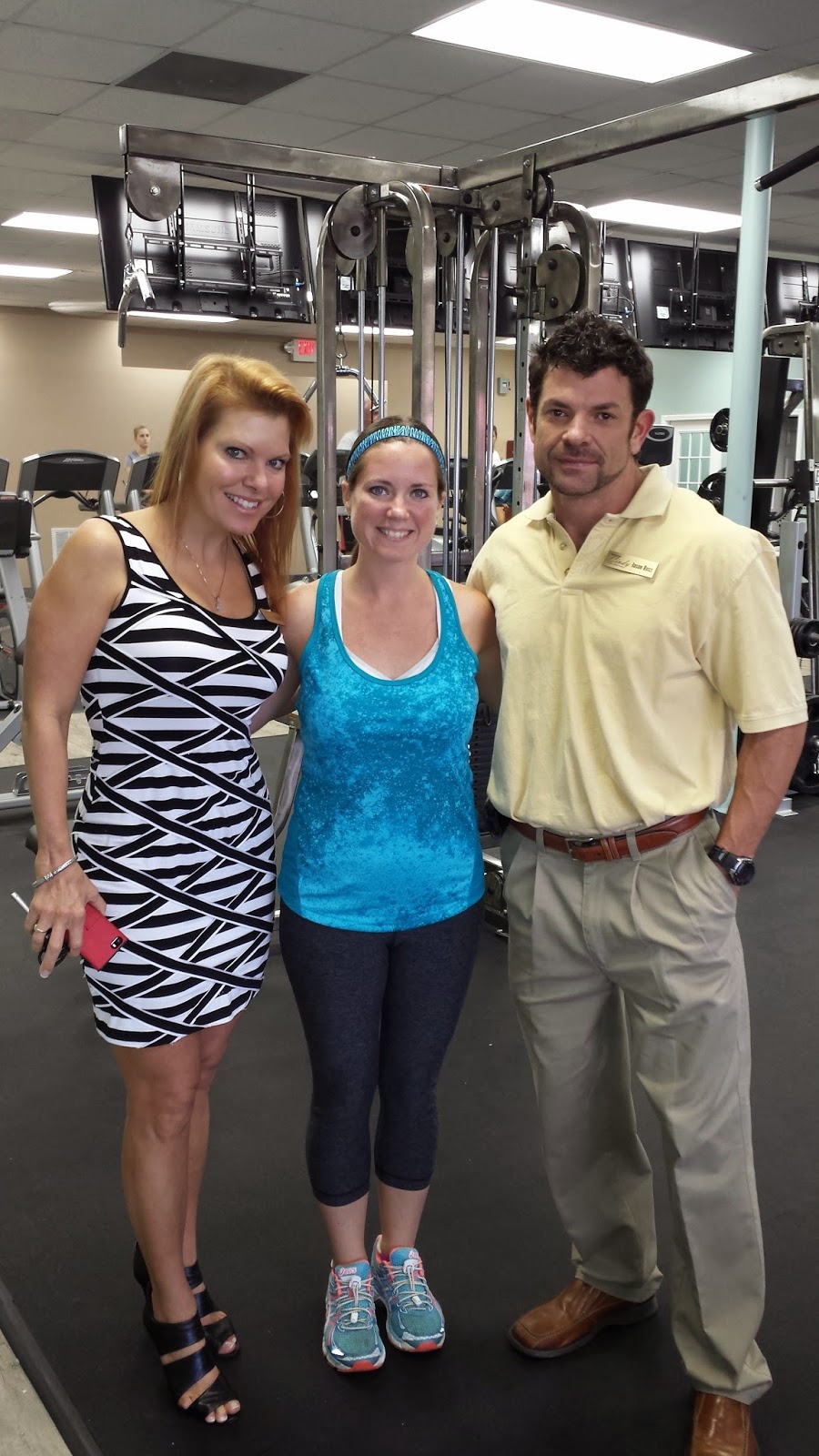 Next...it was time for High Definition Cycle! I was excited but also a little nervous since it had been so long since I'd taken a group class of any kind! I'd also run 3 miles that morning and was worried I wouldn't be able to keep up. But I was pumped! I knew I would have fun!

The group class room was HUGE! The bikes were all at the far end of the room. And on the opposite end was a stage and a projection screen. 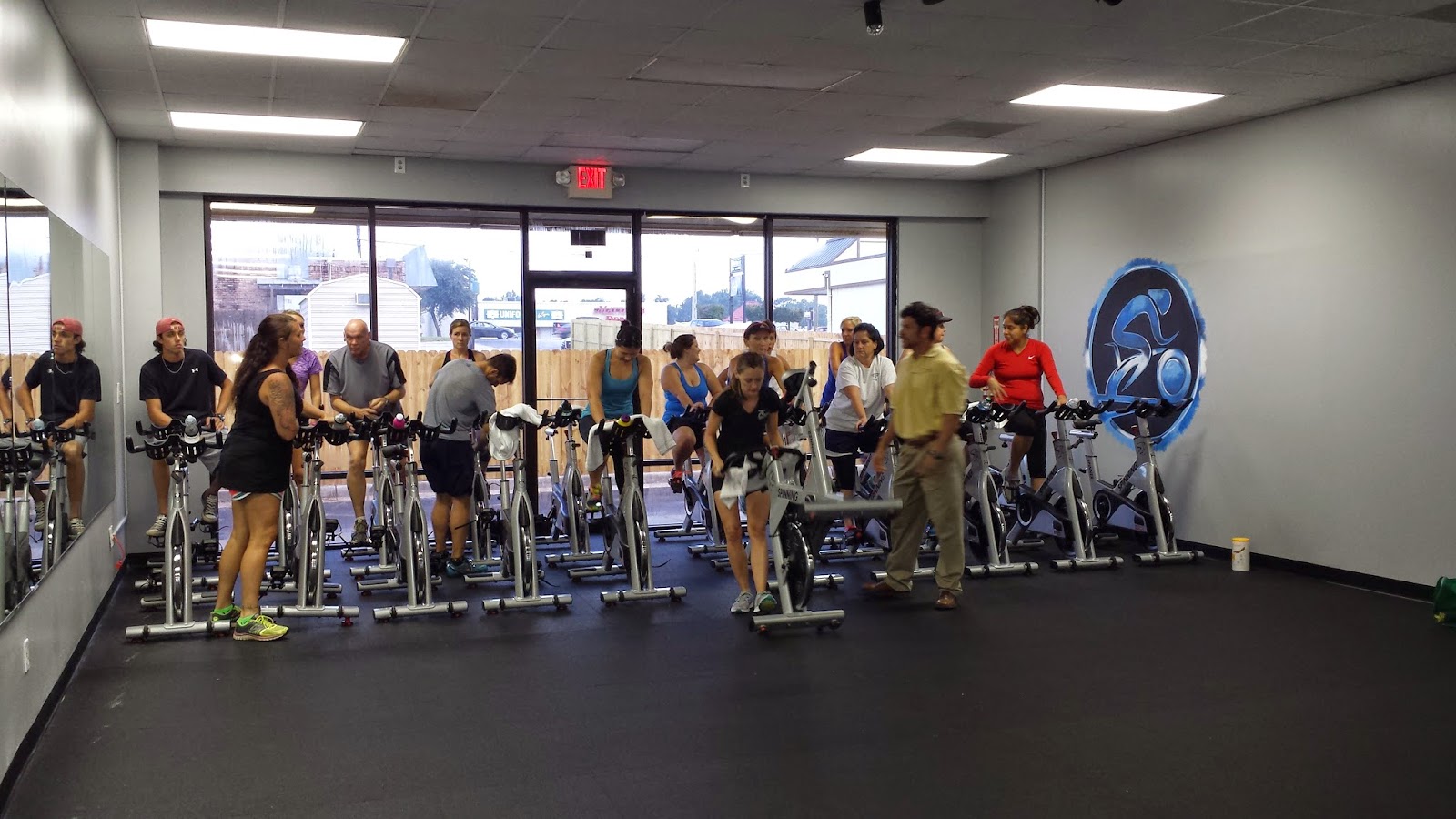 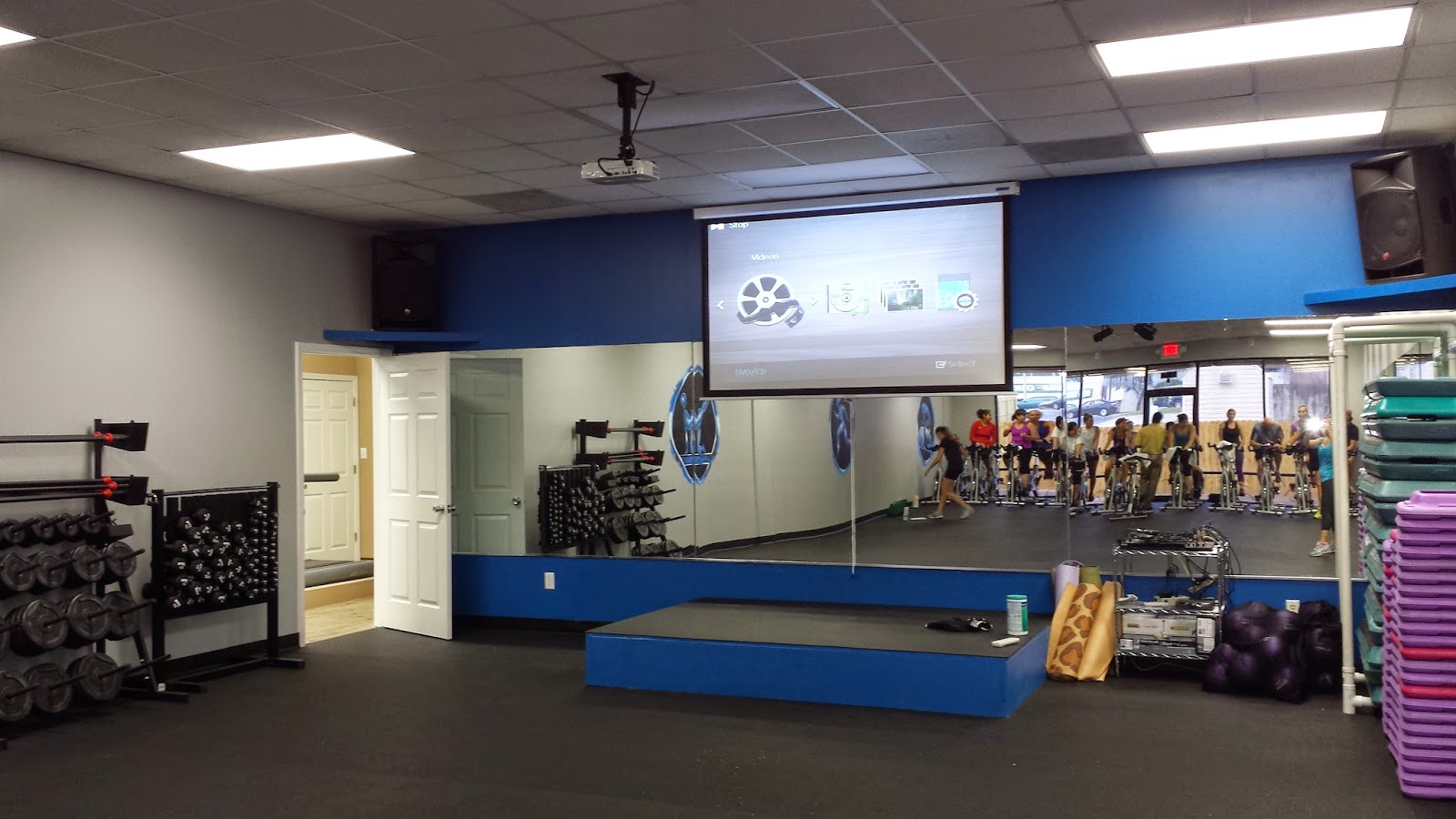 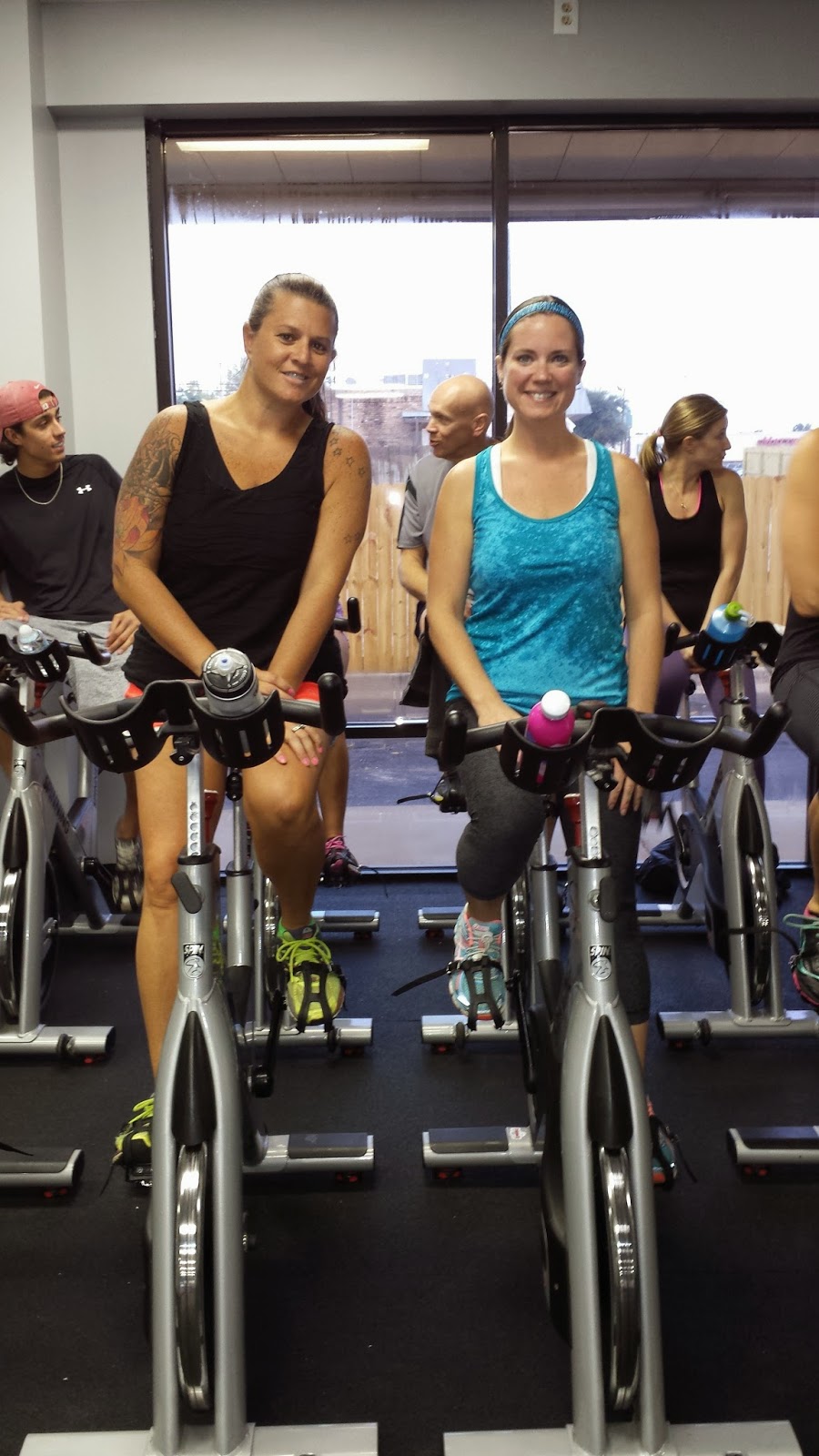 During the class the lights were dimmed and crazy lights were added! The music was LOUD and the music video to the song being played was displayed on the projection screen! It was awesome! That night the class was all about the 70's. So we had some pretty great music! And seeing the different hair styles and clothing on the videos was hilarious! It really helped keep your mind off how hard you were working!

Larisa giving #proof I was actually doing this! :-) 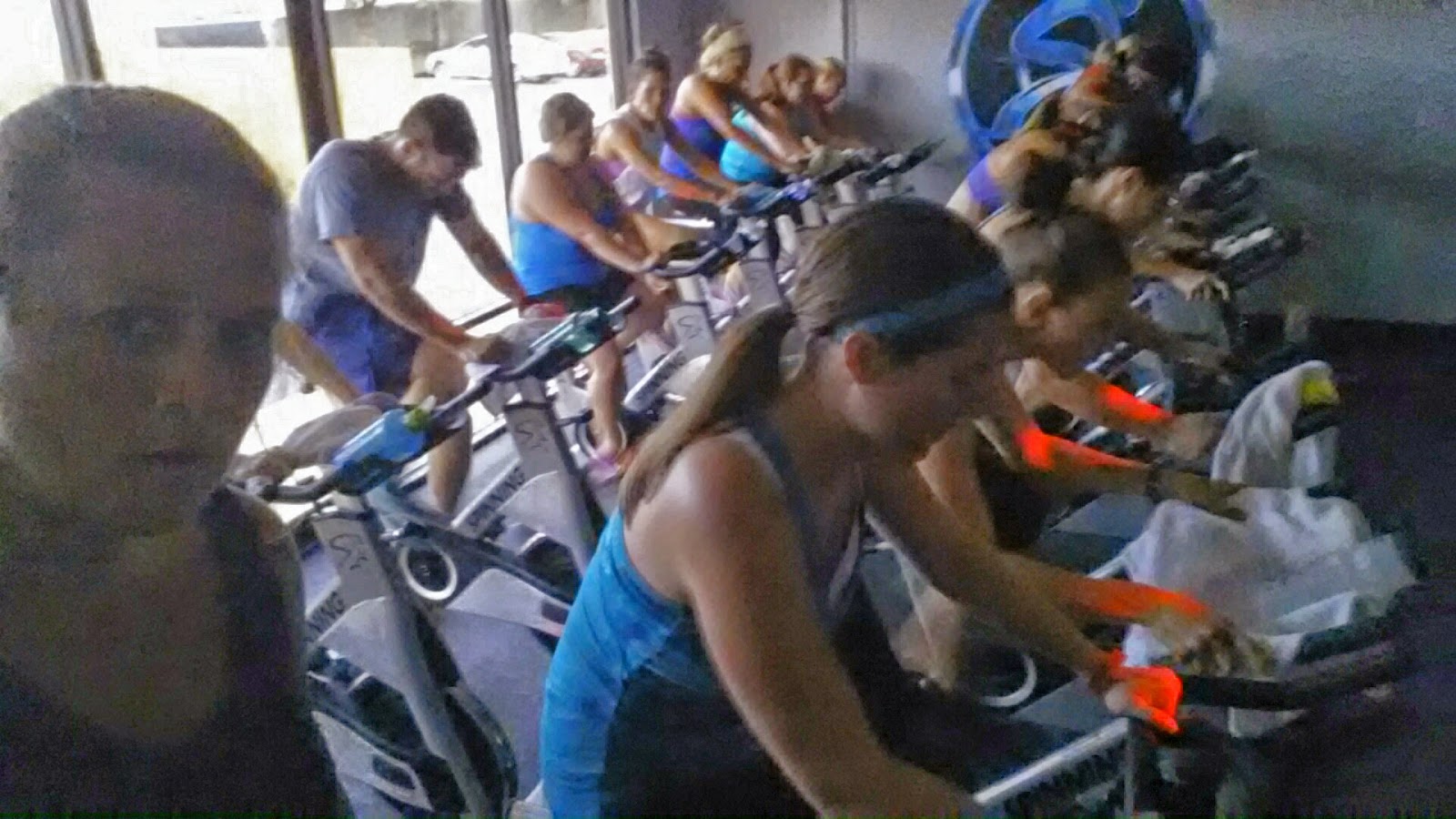 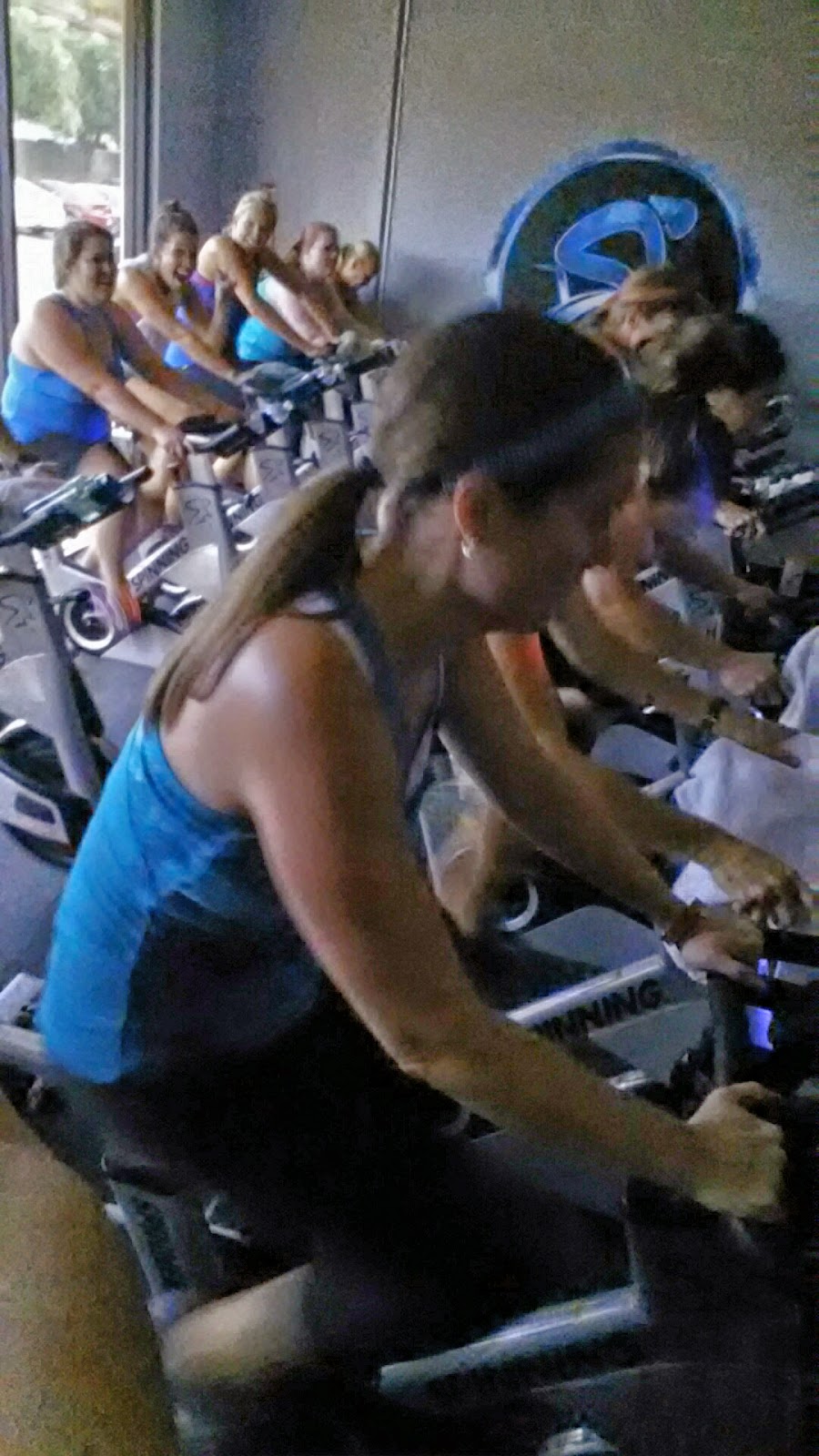 This cycle workout started on the bike. But after a few minutes we had to get off the bike and get on the floor for some core work! IT. WAS. TOUGH! But the burn felt so good! 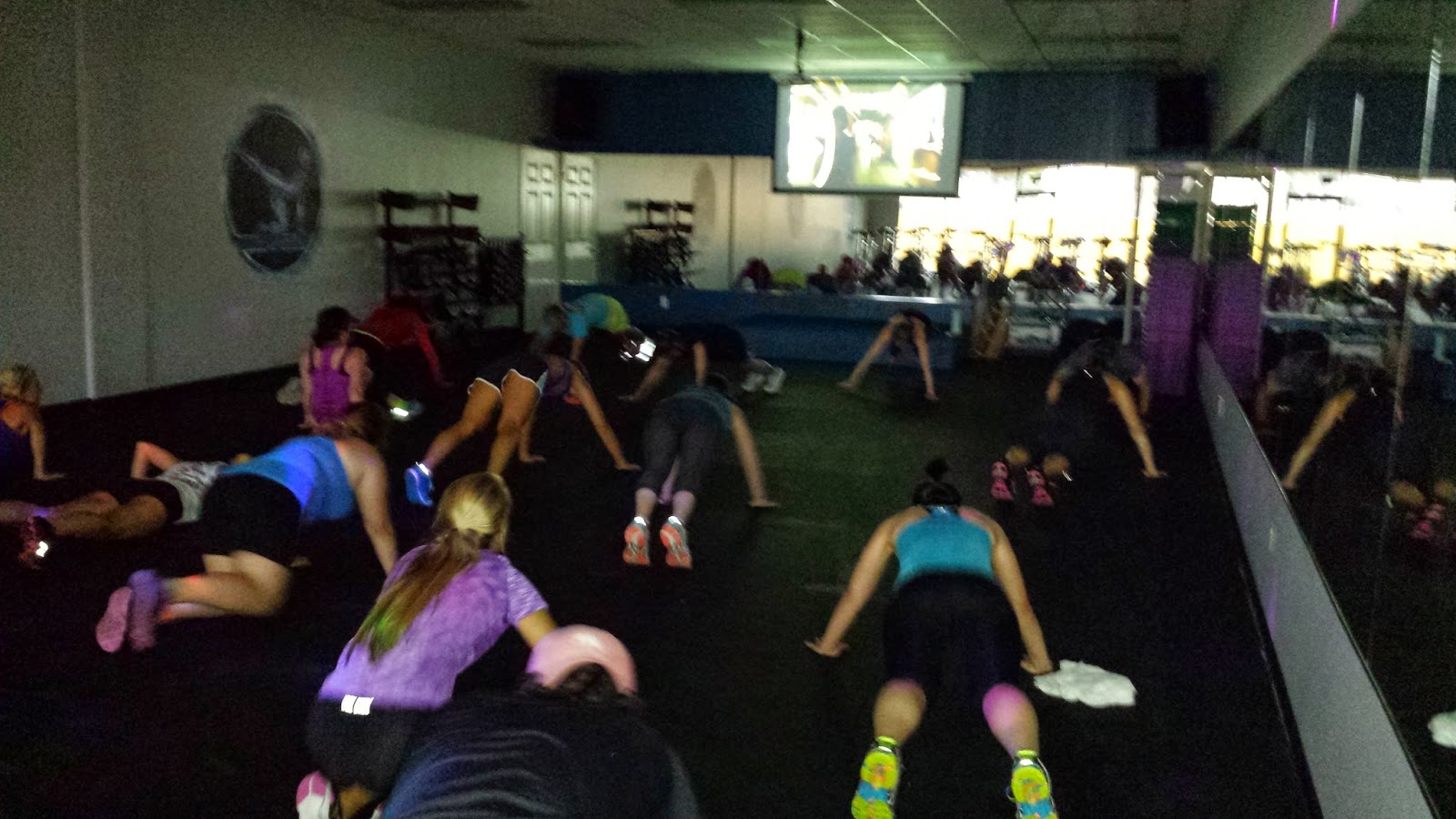 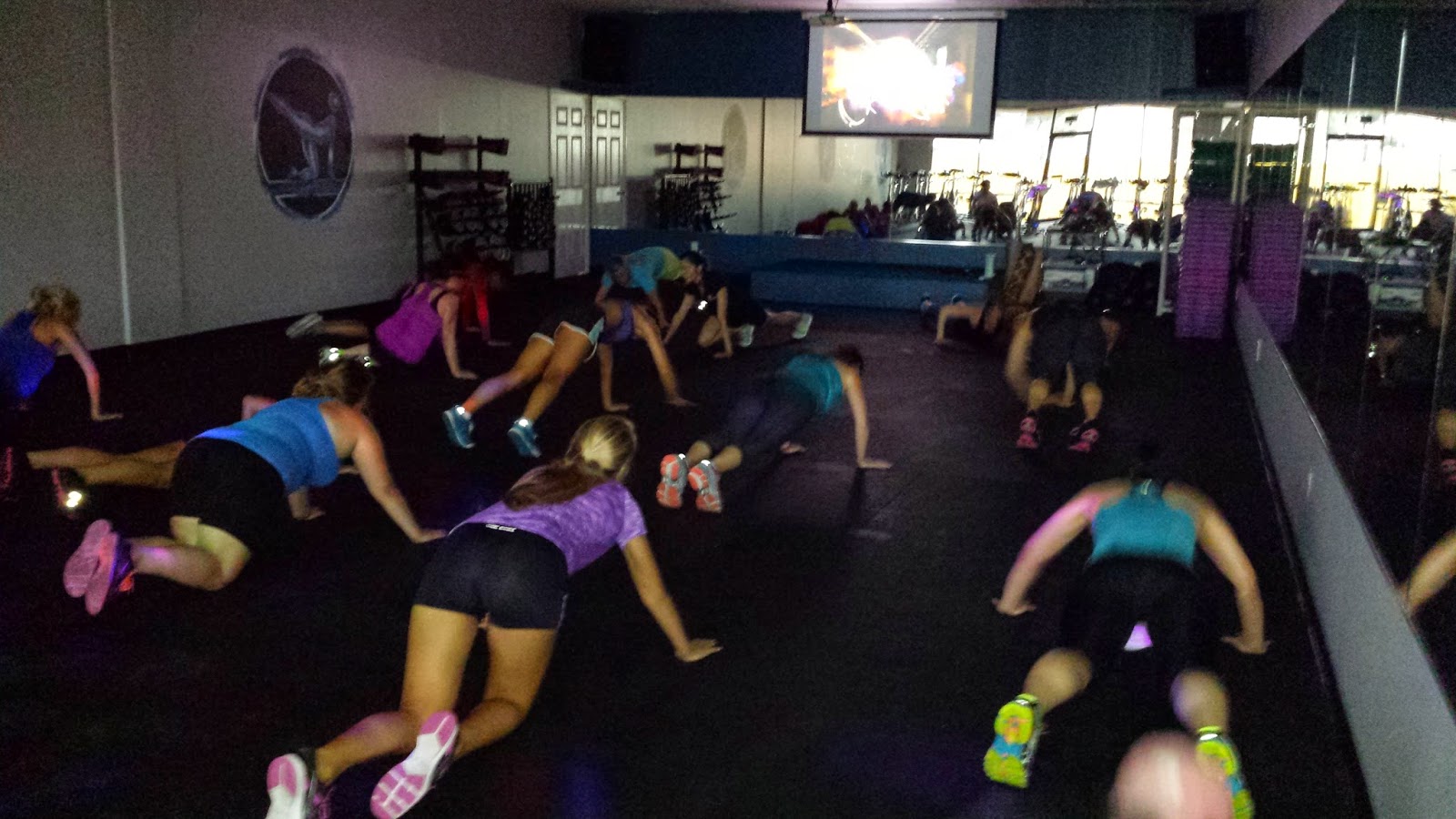 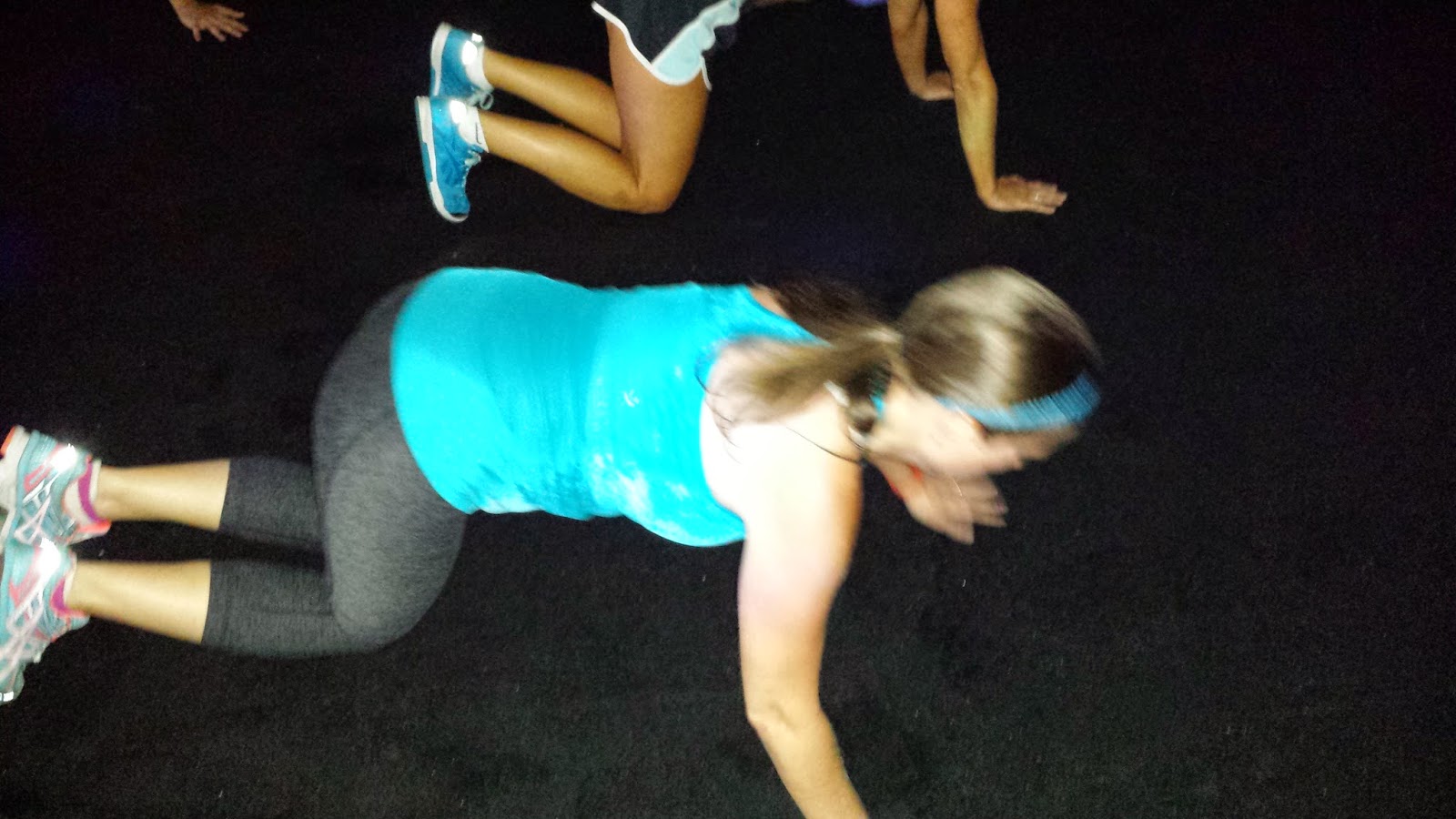 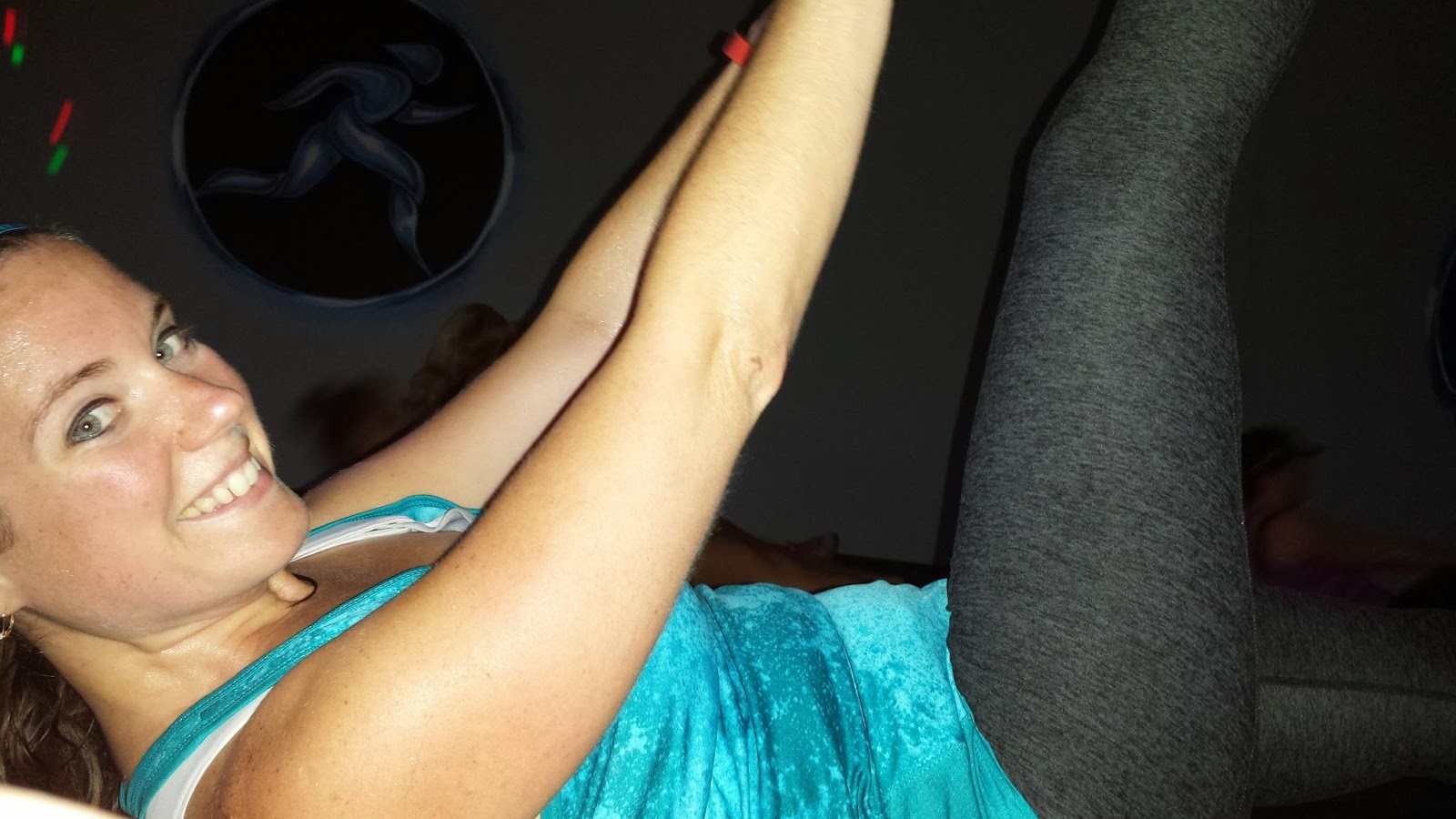 Here we are with the awesome cycle instructor! She was amazing and super motivating during the workout! 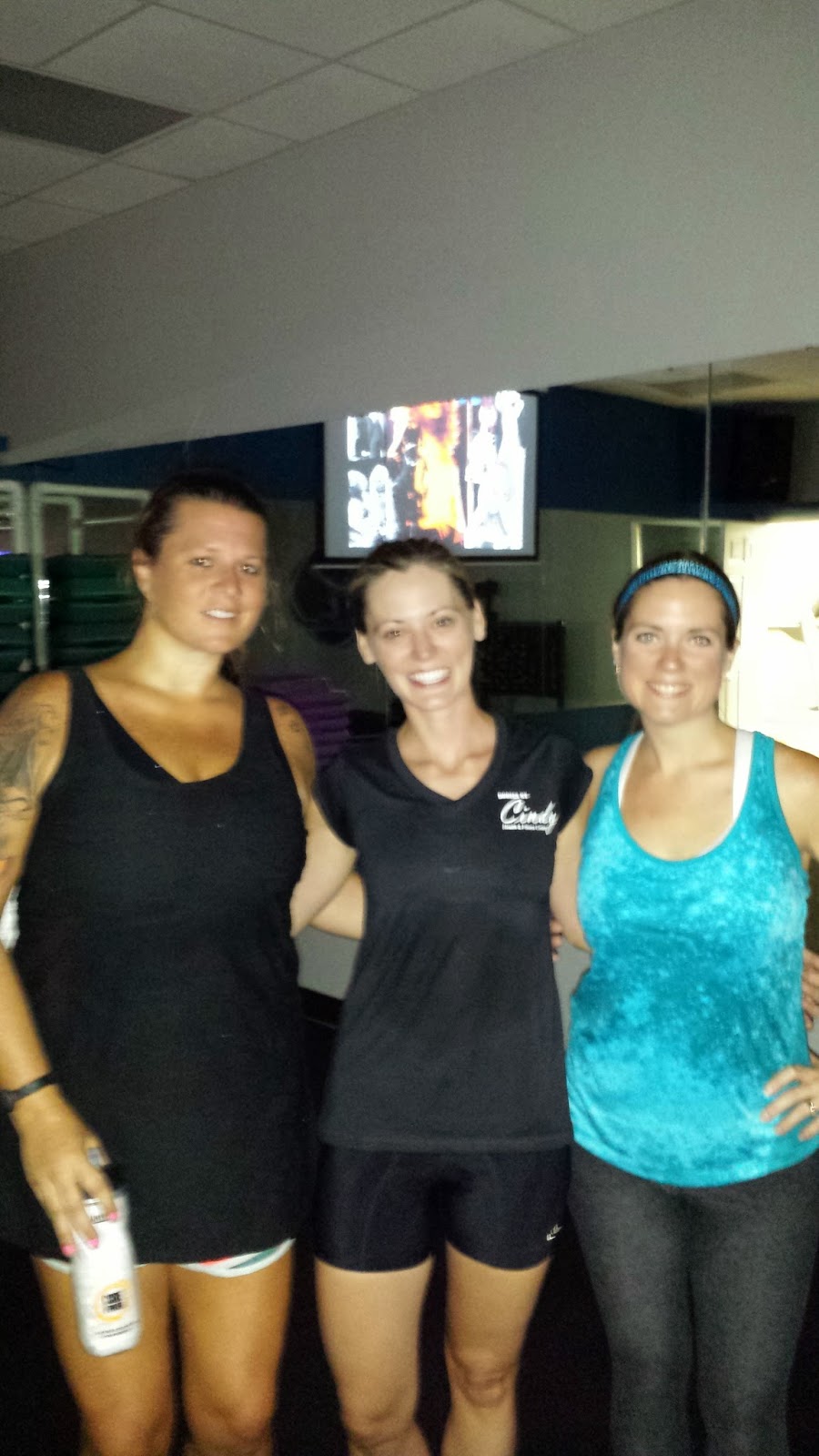 Check out those rocker dudes behind me lol! 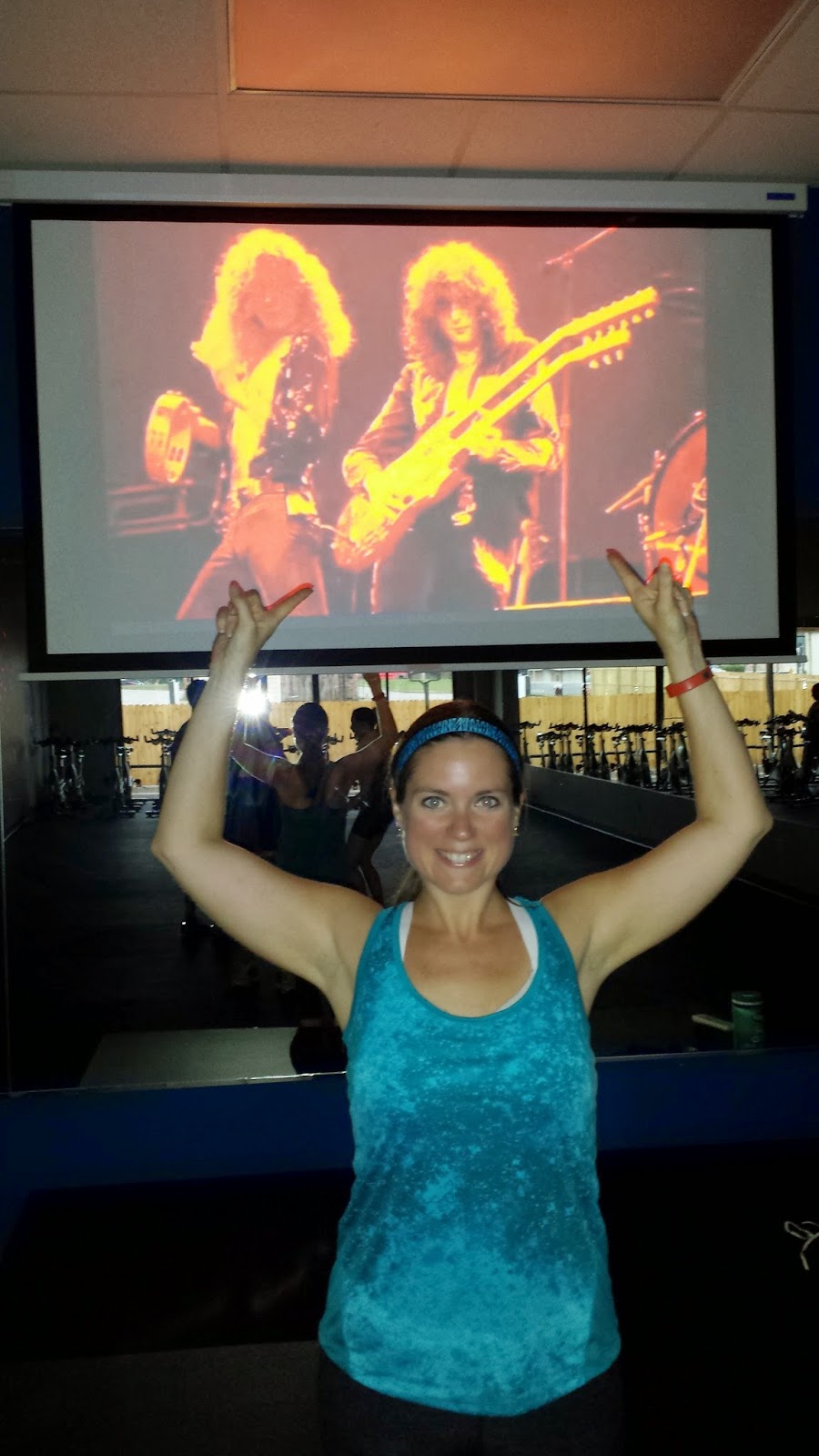 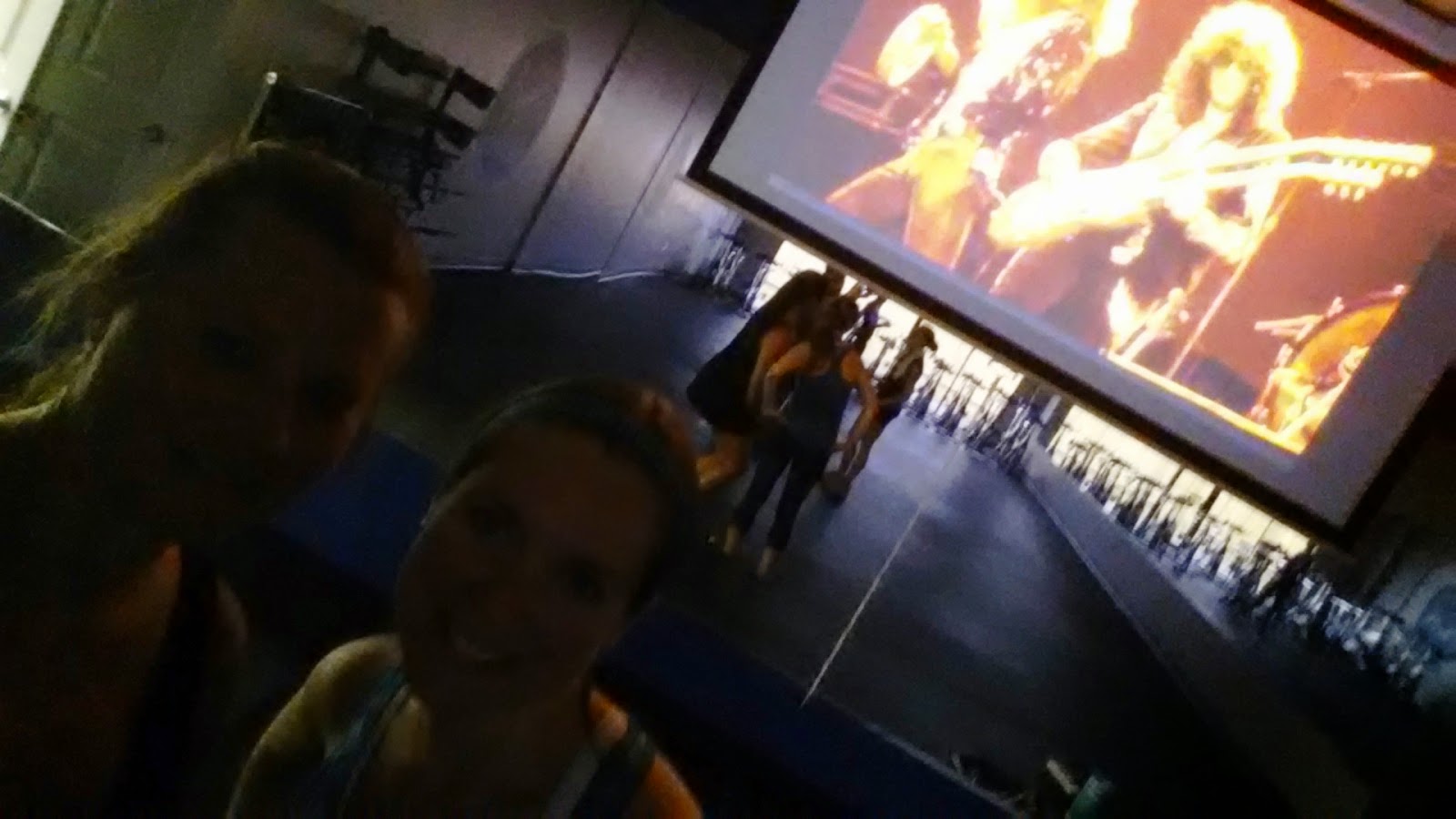 This class was soooooo much fun!!! It was an amazing workout! I was sweating just as much as I do after running a long run! One of my favorite parts of the class was watching the projection screen. In between each song there was a motivational quote that would pop up. I really LOVED that! The only downside to this gym for me...it's 45 minutes away!!! :-(

So if you are in the Mobile area....please go check out the Bodies By Cindy Health and Fitness Center! You absolutely will NOT regret it!

Thanks so much Cindy and Jason for letting me experience your gym!