This weekend I had 10 miles on the training schedule. It would be the first double digit run I had run in a long time! I was excited about it but also a little nervous for 3 reasons. First, it had been so long since I'd run double digits! That made me a tad nervous! Second, the route was a route that I was unfamiliar with. We were running in the city next to the one where I live. I've run there before but it's been a long time. We were running in two neighborhoods with lots of turns. I didn't know if I would remember the route and where to turn. Third, this route is HILLY! One of the neighborhoods is known for it's huge hills and it was in the last part of the route. Would I be able to conquer such hard hills in the last half of the run?

I was glad I would be running this run with my Sole2Soul Sisters! And my friend Andria, who runs my exact pace, was running too so I knew I wouldn't be alone at all during the run. It would also be Andria's first 10 miles ever so I was hoping the run would be great for her sake.

We started running around 5:45 AM. It was dark but the sun was starting to rise. The first few miles we ran in a shopping center, over the interstate, and then in our first neighborhood. I almost got turned around in the neighborhood but luckily Andria had run in there not long ago and knew where to go. 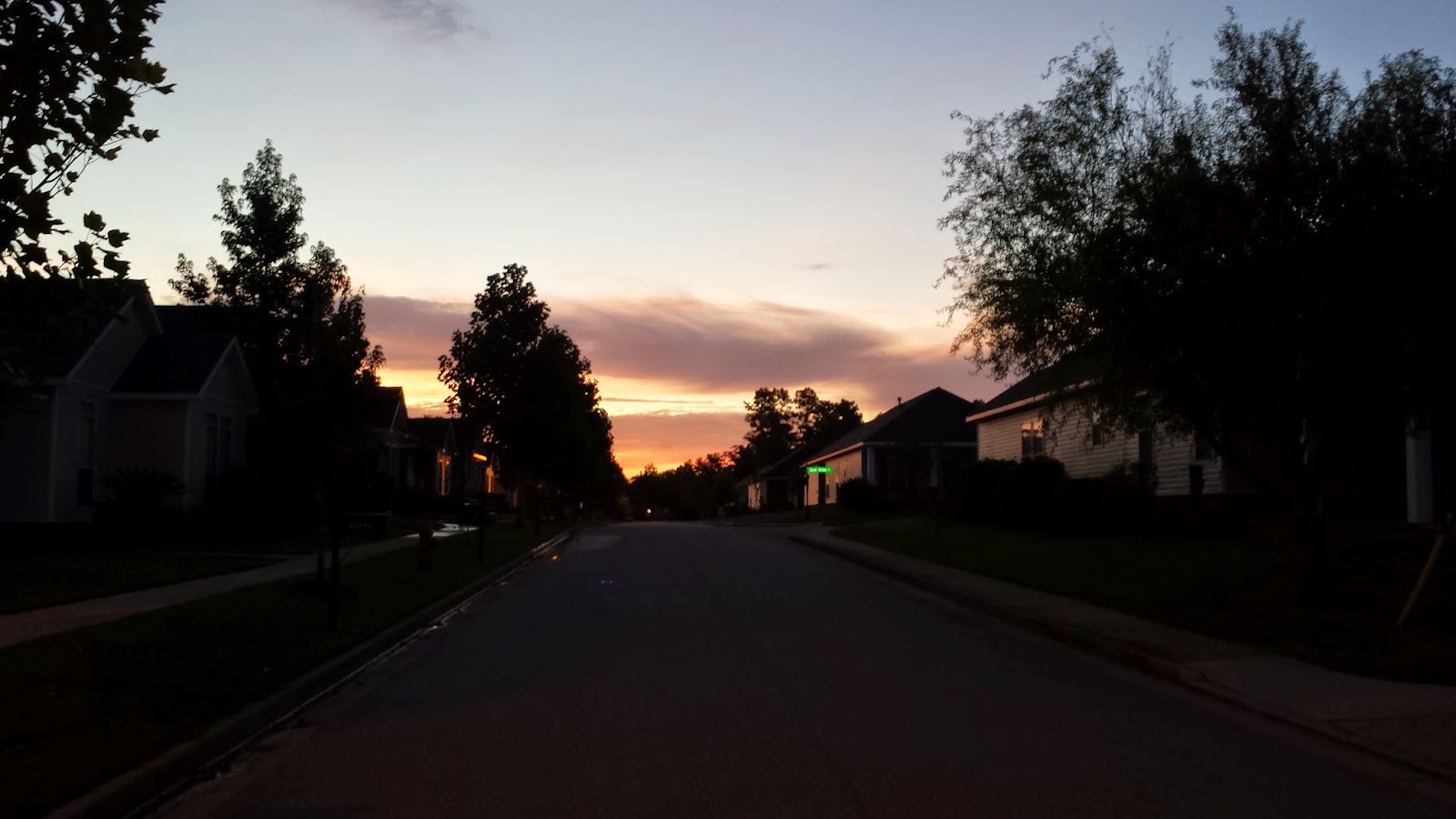 We made it out of the neighborhood with all the right turns and then headed across the busy highway again. We turned into another shopping center and then back onto the highway and back over the interstate. There we stopped at a water stop around mile 5. 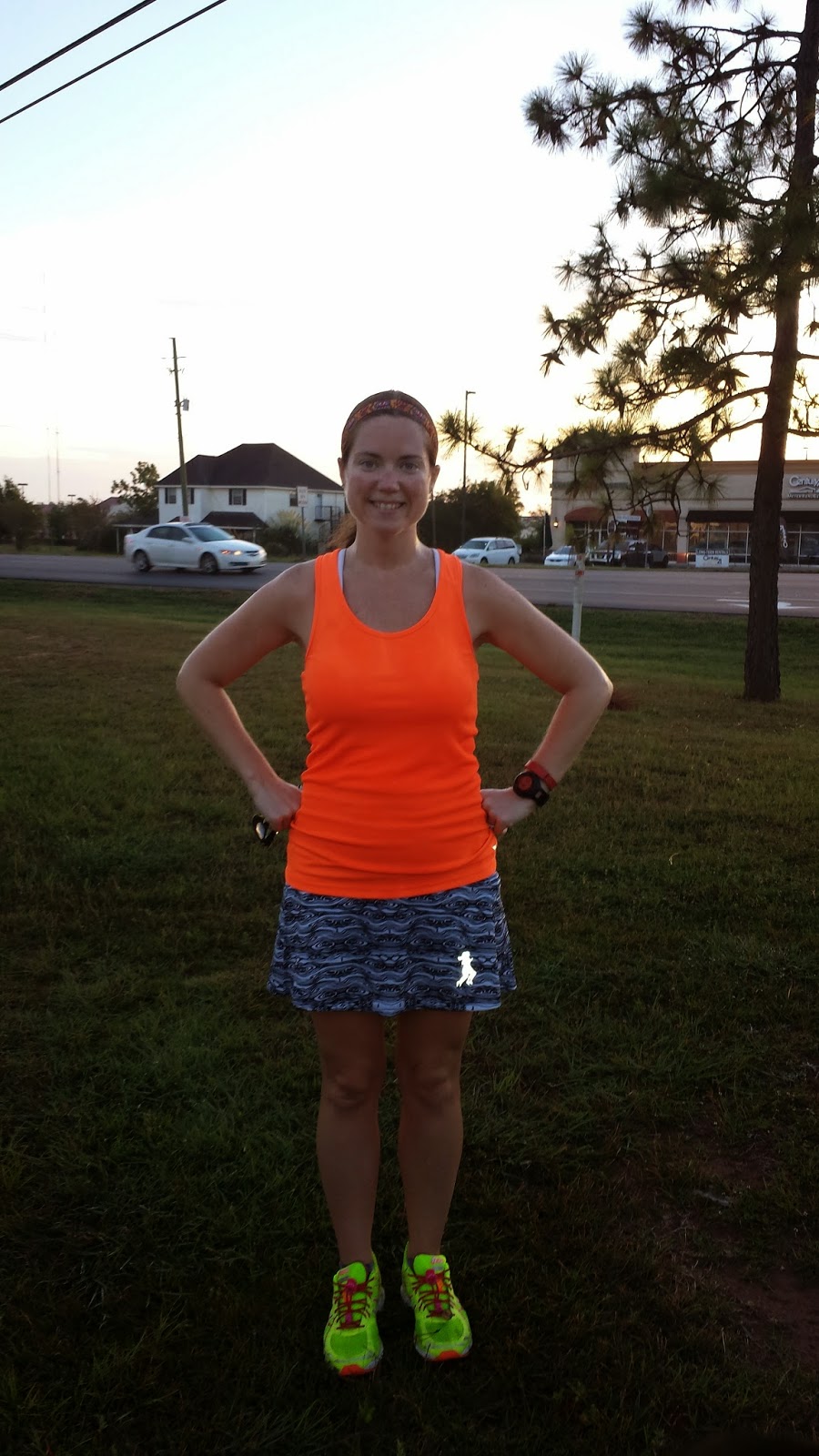 We were halfway done! And I was feeling great! It was hot and humid but that didn't stop me. I was having an amazing run so far! After our water we headed back onto the highway and turned into the dreaded hilly neighborhood. We had about 4 miles to cover in there.

I will admit that the hills were tough. But I was so ready for them! And I did so great with them! I didn't have to stop to walk even once! We made it to our final water stop and you could see the golf course in the neighborhood! It was pretty! 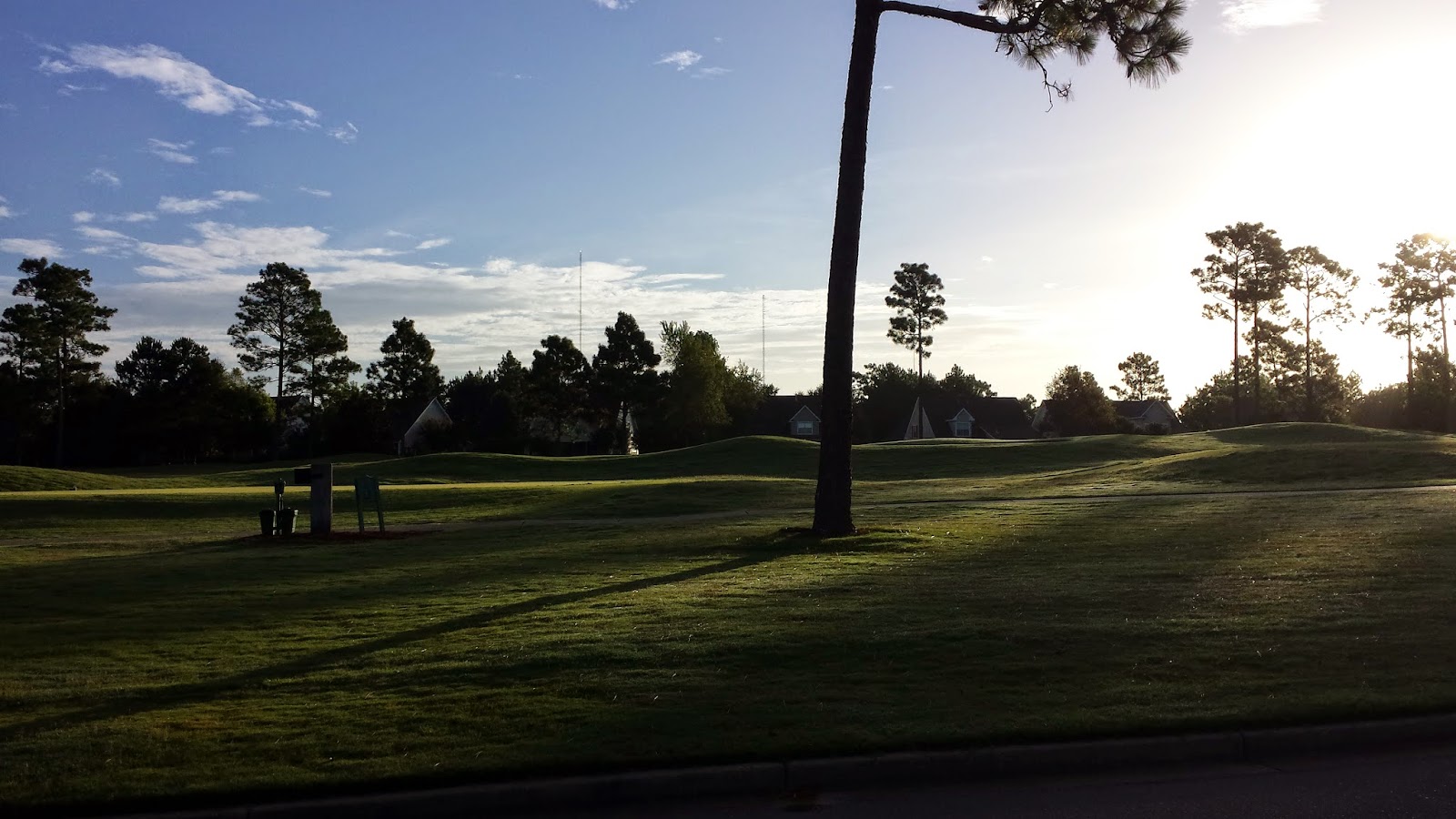 Finally we made it out of the neighborhood and back onto the highway. We had about a mile to go. I was feeling great! I didn't feel like I was struggling at all! And before I knew it we had hit 10 miles!!!! Yay!!! 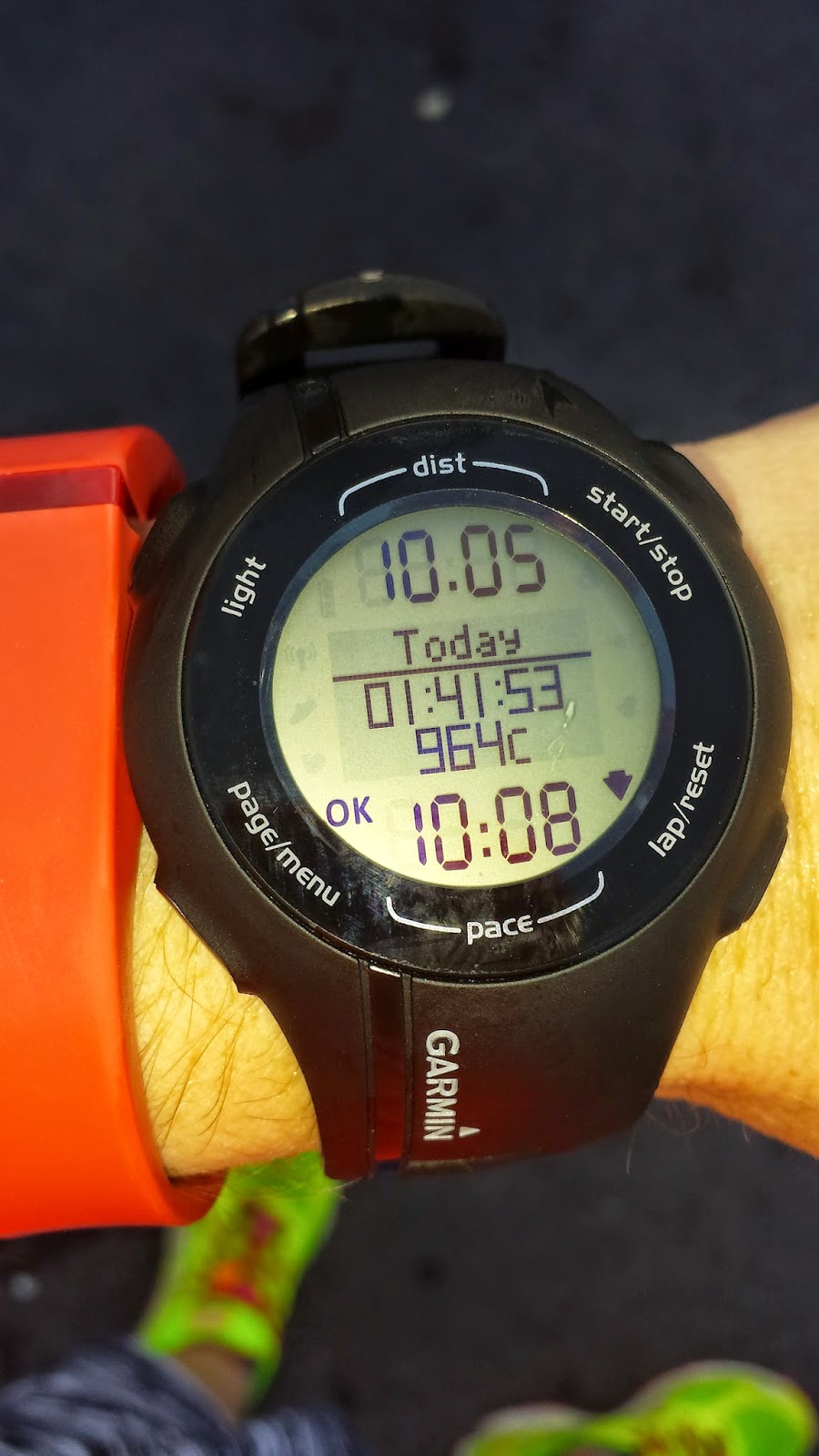 I looked down at my Garmin and was amazed at my time and pace!!! I remember the days when 10 miles took me about 2 hours to run! Losing weight and streaking has really helped me get faster! 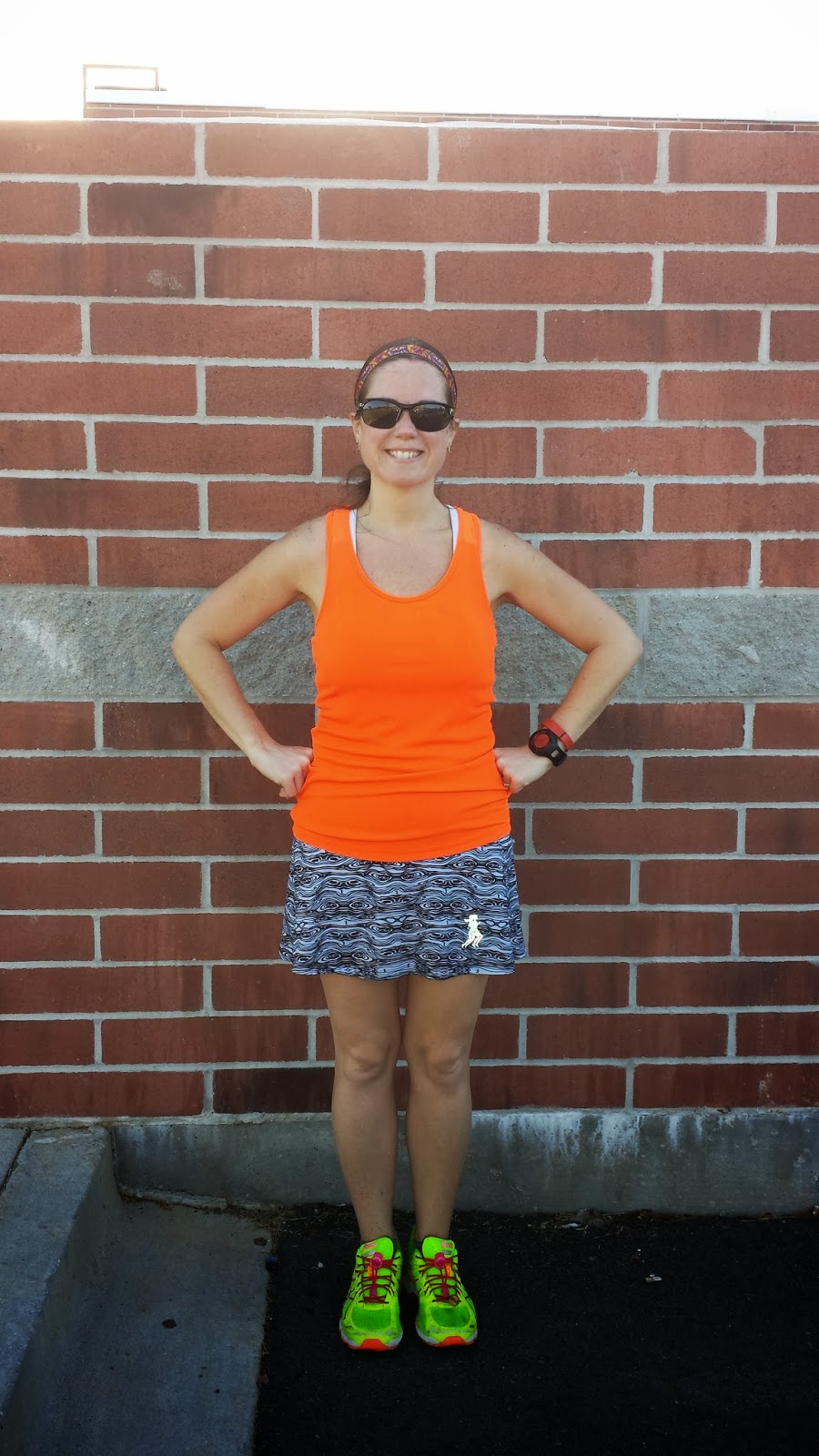 And I was SOOO proud of Andria for running her first 10 miles! And it was a tough route! She did awesome!!! We always have so much fun running together! And no...we didn't plan to match but it was fun that we did! :-) 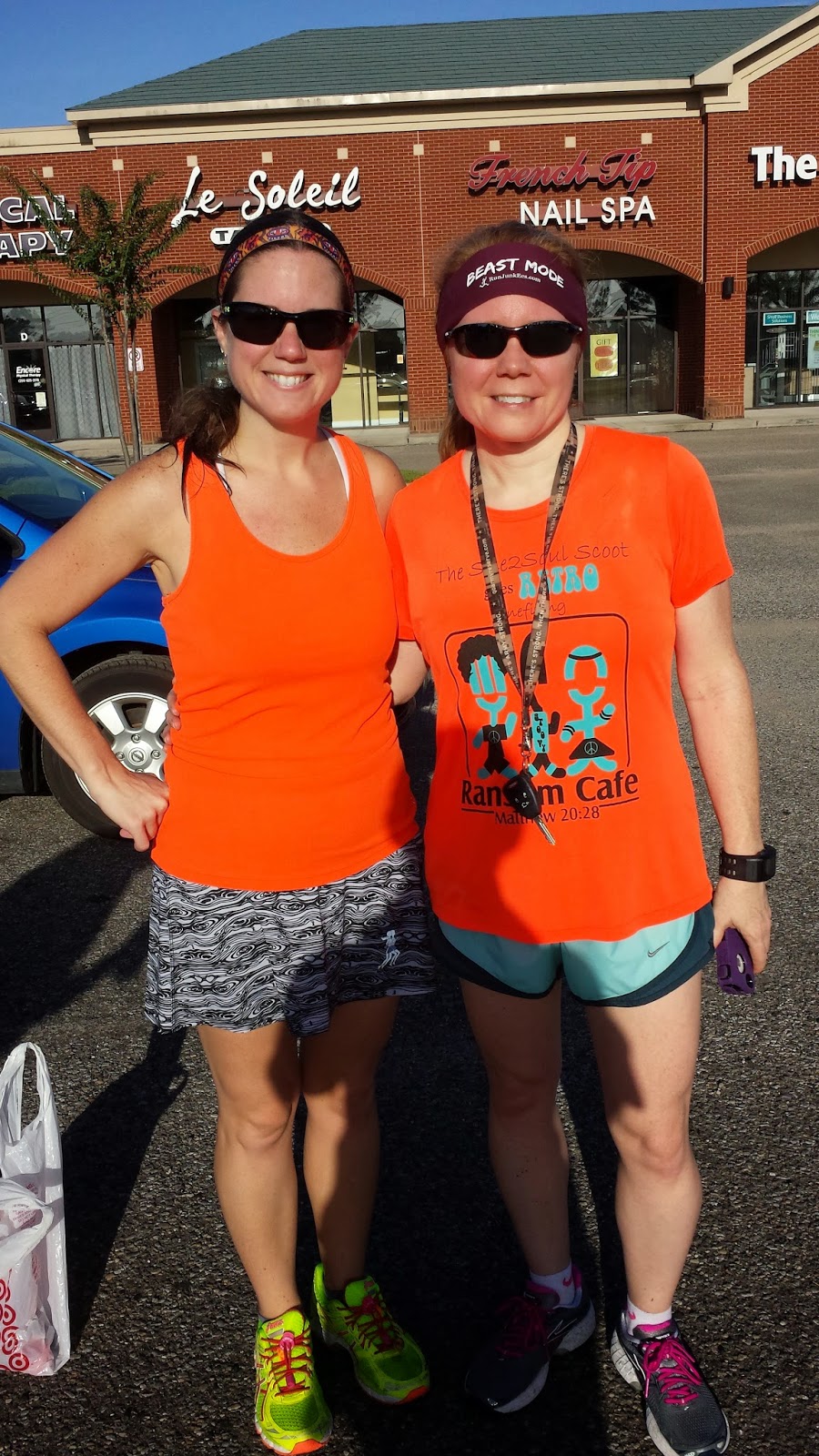 This run really gave me confidence for my half marathon coming up in TWO WEEKS!!! I'm secretly hoping for a PR! I'm not sure if I will achieve it since the race isn't on a shaded route and will be hot and humid. But I'm going to try my hardest! I only wish I could bring Andria with me! I will be running the race by myself because she couldn't do this one. So it will be tougher on my own.

I hope your long runs this past weekend were as great as mine was!!!

QOTD: Do you embrace hills or avoid them at all costs?