It's that time again...racing season!!! Around here it's pretty hot until November! But I do have a few races lined up before then! Here's my (tentative) race schedule for the fall!

*Talladega Half Marathon in Talladega, AL on September 14th

I've never run this race before so I'm excited about it! My friend Donna has run it and had a blast! She convinced (ok it didn't take much convincing) me and Paige to run it with her this year! My hubby is also coming and he is running the 5K! It will be so cool to run on the race track!

*Gulf Coast Half Marathon in Mandeville, LA on October 19th

This race is an oldie but goodie! I ran it in 2011, 2012, and last year! This race has got me every year! In 2011 I ran the race after being sick with a stomach bug 2 days before the race. In 2012 I ran the race with a slight hip injury. And last year I ran the race with the same hip pain as the year before but my knee also starting hurting during the race which led to a slight knee injury! So I'm hoping and praying that this year is my year to run this race injury and pain free!!! We have also been training our Sole2Soul Sisters to run this race so it will be a lot of fun with so many of us there! Usually it's just me and Paige and maybe one or two other friends at this race.

*Pensacola Half Marathon in Pensacola, FL on November 9th 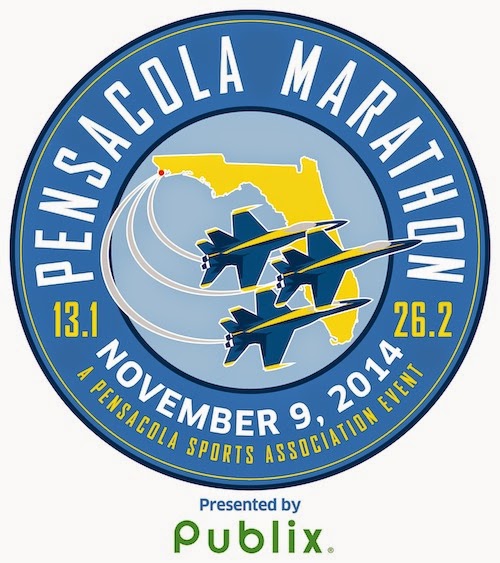 This race isn't a definite yet but I would love to run it again! This was my very first half marathon back in 2010! It's a pretty hilly course and that scared me so I didn't run it again until 2012! I had a great experience that year so I was ready to run it again last year but a knee injury kept me from running it. However, I DID spectate the race and cheer on friends last year so that was fun! But I really want to be healthy enough to run it again this year!

You may remember that I attempted to run this race last year. But the race got canceled due to an ice storm. I had such an amazing time in Memphis and with St. Jude last year that I knew I had to come back and actually run this race this year! St. Jude means so much to me and I really want to run for those kids! I've also committed to run as a St. Jude Hero again and I would LOVE your donation to help the kids of St. Jude! You can donate HERE! Any amount is greatly appreciated!

So that's my schedule for the fall and the rest of 2014! These races should put me right over my goal of 14 races in 2014 (including the virtual races I have run this year)! And who knows? I am known to add a race or two in my schedule at the last minute lol!

QOTD: Anyone running any of these races? Or have run one of them in the past?