This past weekend was my taper run for my next half marathon...the Talladega Half Marathon which is THIS weekend!!! I had to run 8 miles. Due to my friend Paige's triathlon on Saturday that we went and cheered her on at (be sure to read my post to find out about her finish line surprise), we decided to run our long run on Sunday.

I was ready to run and super excited Andria would be there to run too. But then I got a text from her late Saturday afternoon saying she was sick with a headache and throwing up and would not be able to come to the run in the morning. I was so sad! I was sad she was sick and was really sad my running partner wouldn't be there. All the other girls that were running that morning are slower runners than me so I prepared myself to run alone.

We had a nice surprise when we all met before the run! Paige (who had just completed her first triathlon the day before) and her fiance Billy had come to ride their bikes with us while we ran!!! Yay!

The run started out great. I always try to start slow so I will have energy at the end. At about a half a mile in we encountered a hill. Everyone else struggled up that hill but I barely noticed it!

It was on that hill that I became a solo runner. But luckily, Billy rode his bike right beside me to keep me company. I was so thankful because at the time it was very dark.

In what felt like no time at all I made it to the 4 mile mark which was also our turn around! I headed back towards home and stopped at a water stop at mile 5. I must have been thirsty because I drank an entire bottle of water!!! 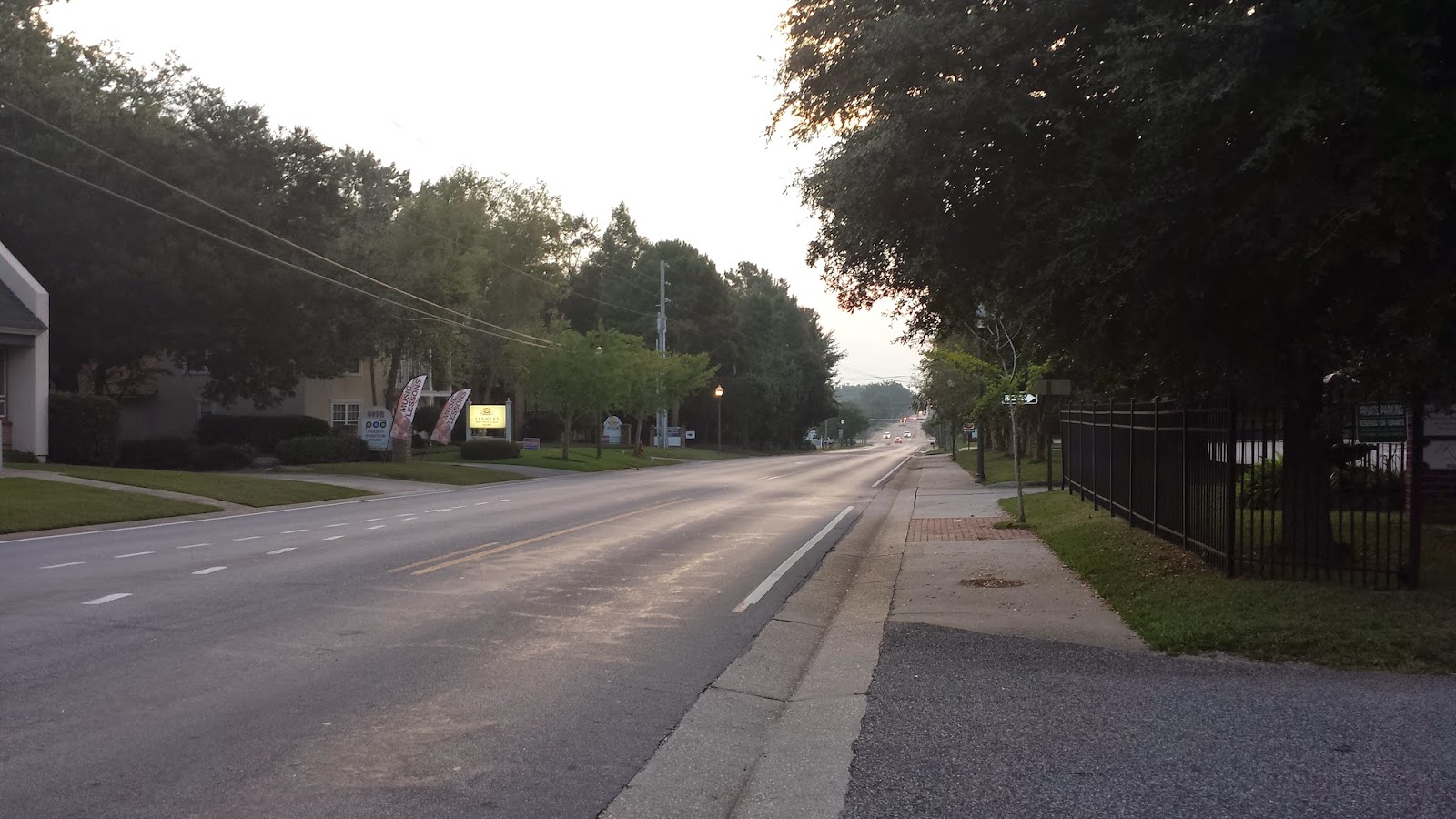 I was ready to conquer the last 3 miles!!! 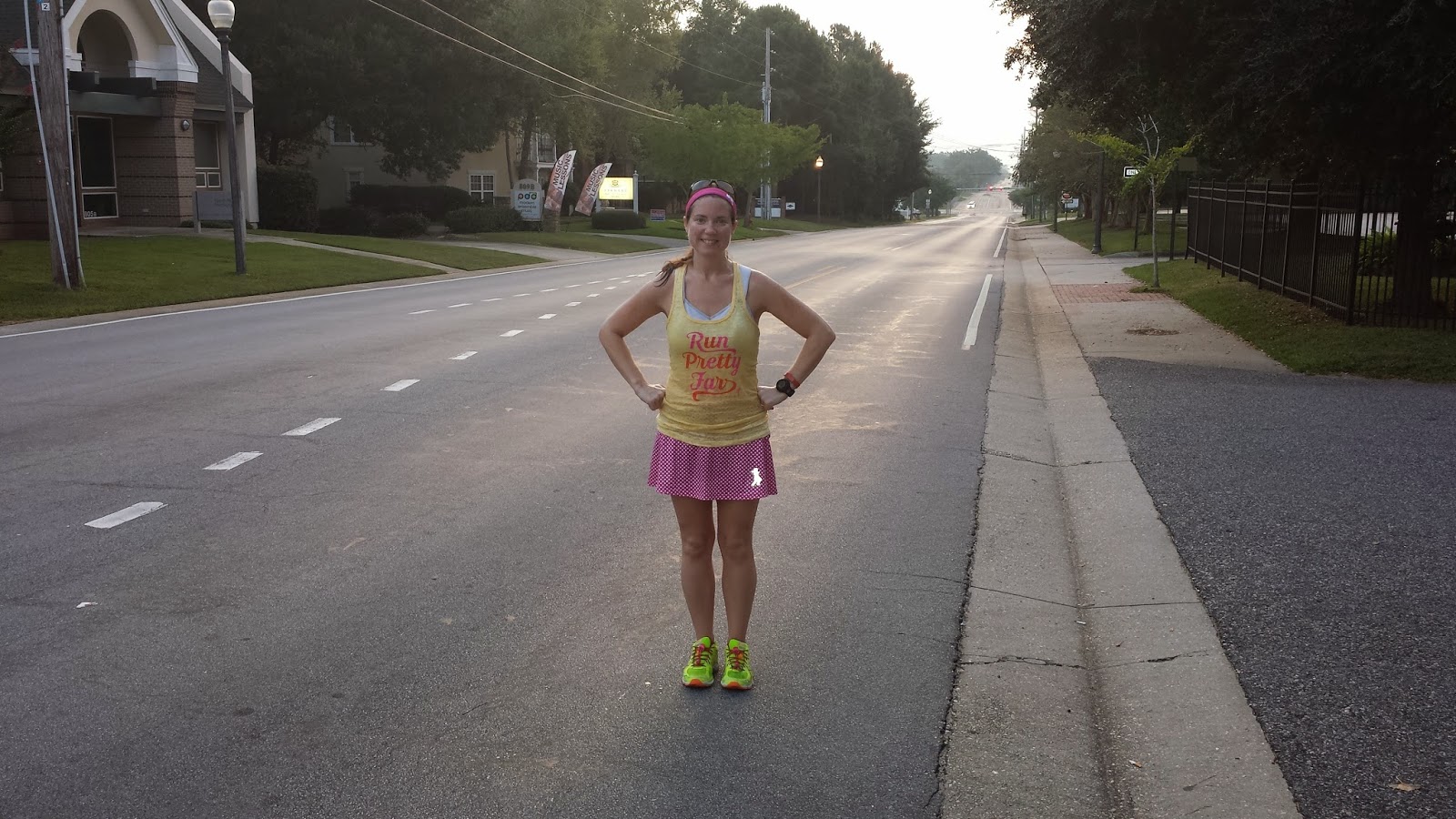 Billy stayed with me almost the entire run! I was so thankful for him and for not being alone! I was about 20 minutes ahead of everyone else! He turned around to find the others at mile 7. I ran the last mile alone and finished strong! 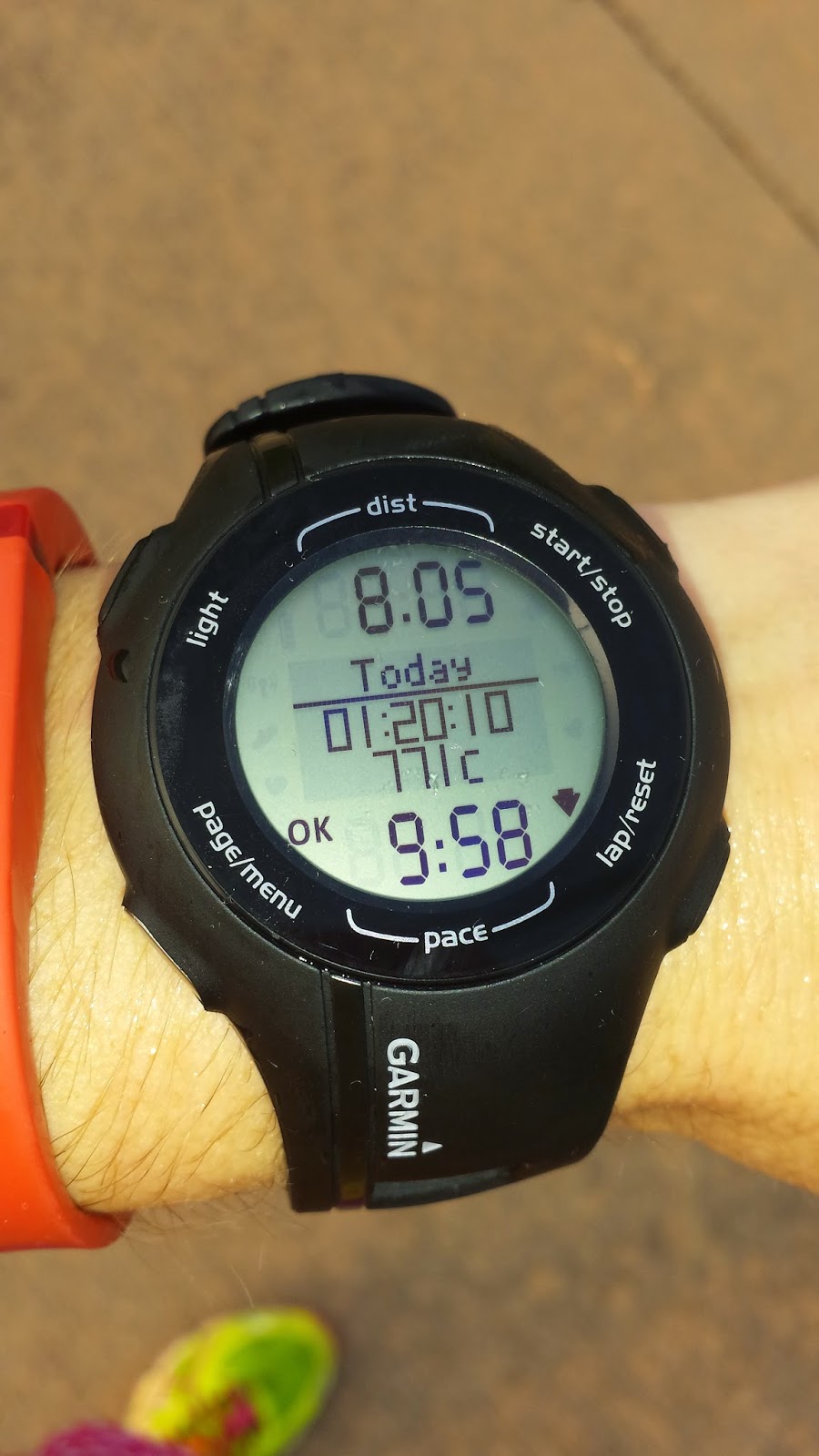 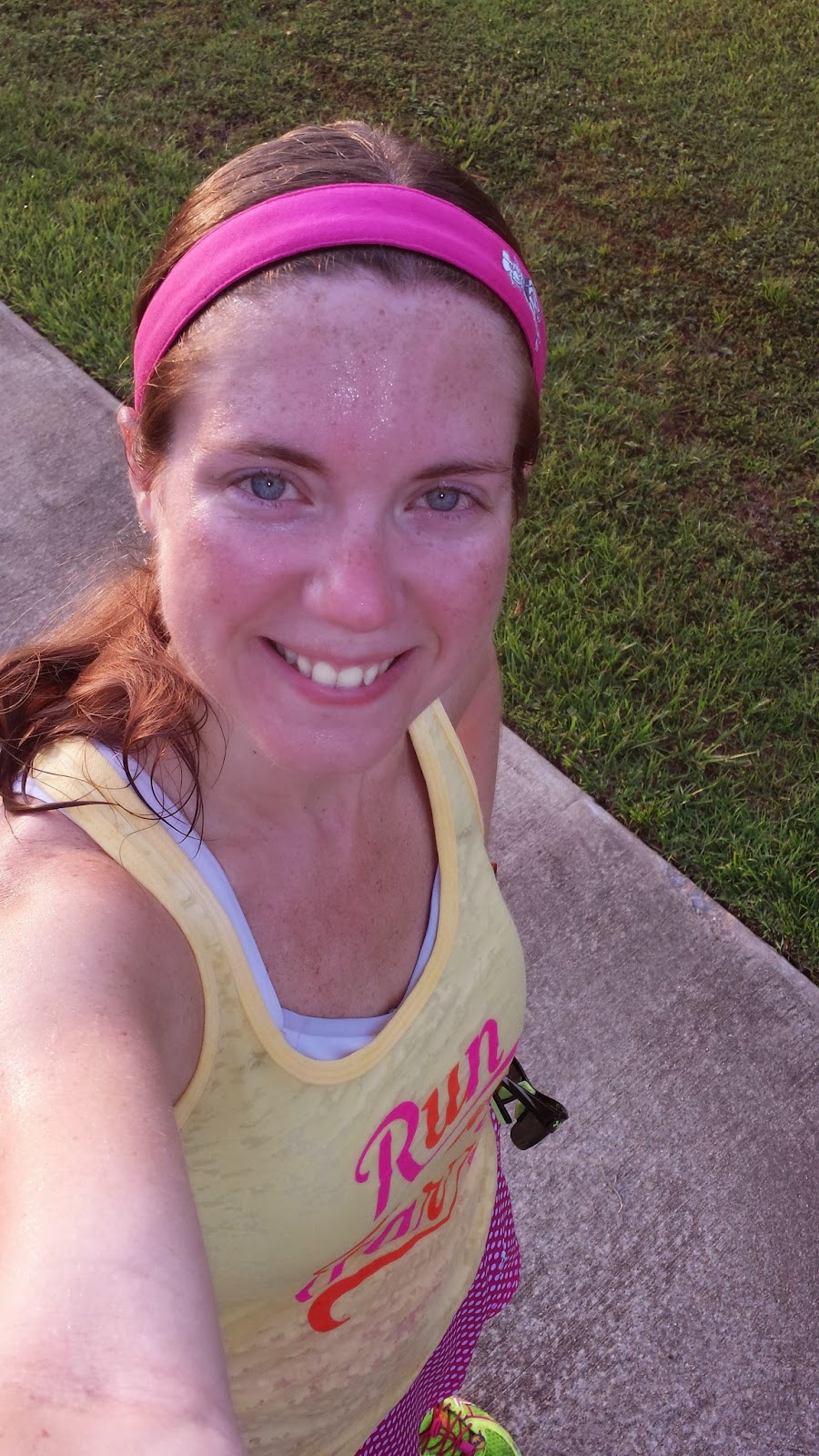 I feel pretty confident about a PR this weekend. My training has been going so well! I've gotten much faster since losing weight and streaking. The only factors I'm concerned with are the heat (there is no shade on the race track which we are running on for 10 out of the 13 miles) and the humidity. But hopefully I can beat it!

QOTD: Have you ever been at the head of the pack during a group run?