The training schedule called for a 6 mile run this weekend. Of course I went into it knowing I would do a 10K. I can't stop at 6 when I am so close to 6.2!

I always love long run days because I get to run with my Sole2Soul Sisters! And my running buddy Andria was going to be there so I was even more excited!

I woke up to amazing weather! The temps were in the high 60's! It finally felt a little like fall! I had a feeling the lower temperature would help with the run. But I wasn't sure how well I would do because I had been battling a cold since Thursday. I was very congested.

The run started out great! I could breath better than when I wasn't running. I guess the running clears your sinuses! ;-) I was running with Andria and my friend Jennifer. Jennifer and I used to run together a ton but she took about a 2 year break from running and just started back about 3 weeks ago. She said she wanted to run with me because she wanted to get her old pace back.

We made it to mile 1 and were told the water would be around mile 2.5. But we never saw it. So once we made it to mile 3 we knew we had definitely missed the water stop. At that point we turned around and headed back. And when we reached mile 4....there was the water! We just couldn't see it from the other direction and that's why we missed it the first time. We stopped quickly and then started running again.

I felt great the entire time despite my cold! Jennifer said she was struggling but she was doing great. She said she wanted to walk but I wouldn't let her. And she was fine with that. She said that was why she was running with me...so I could push her. I love to be a coach! ;-) 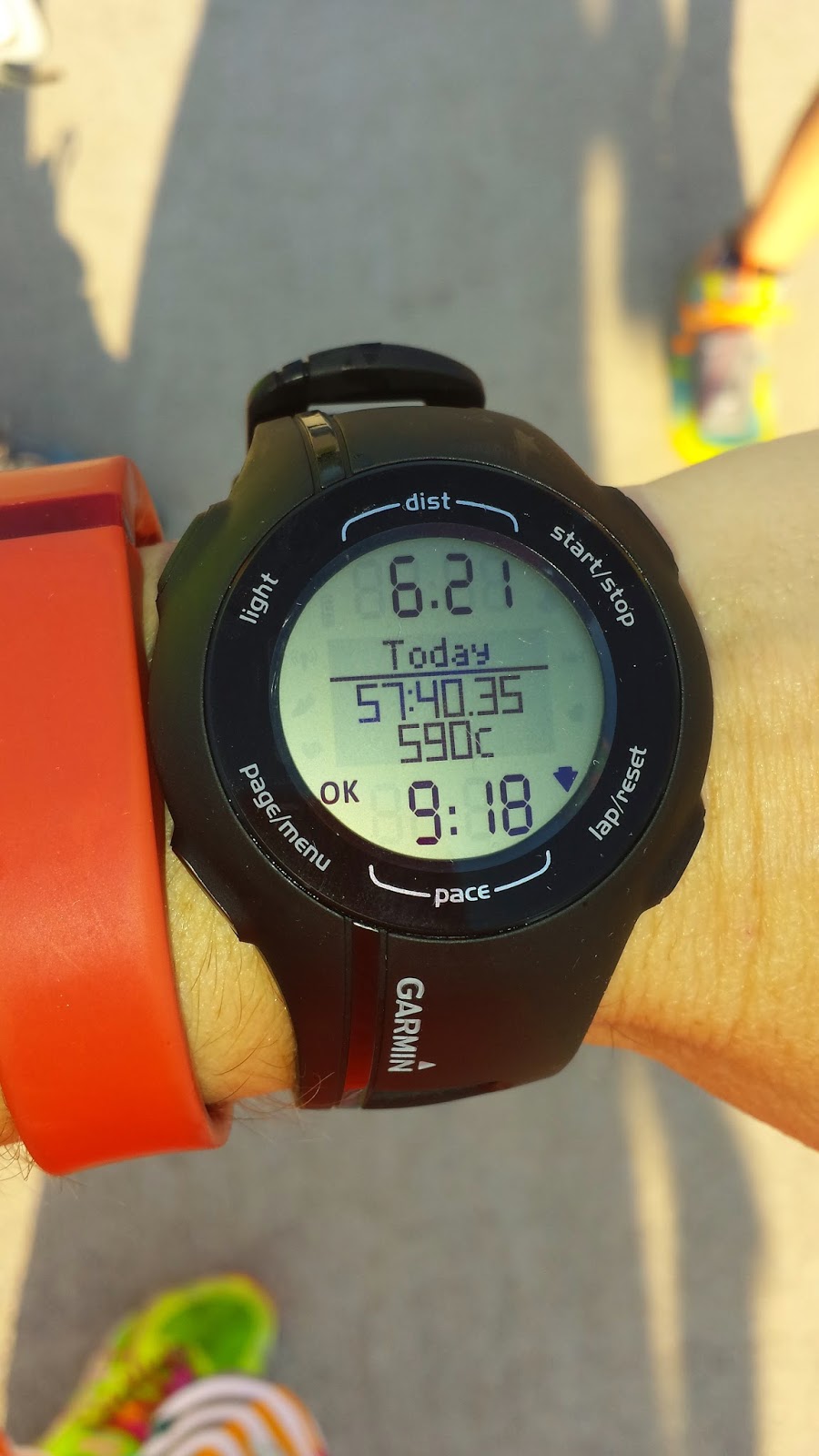 Jennifer did so great!!! And of course Andria did too! I was so proud of both of them! It was a great run!!! 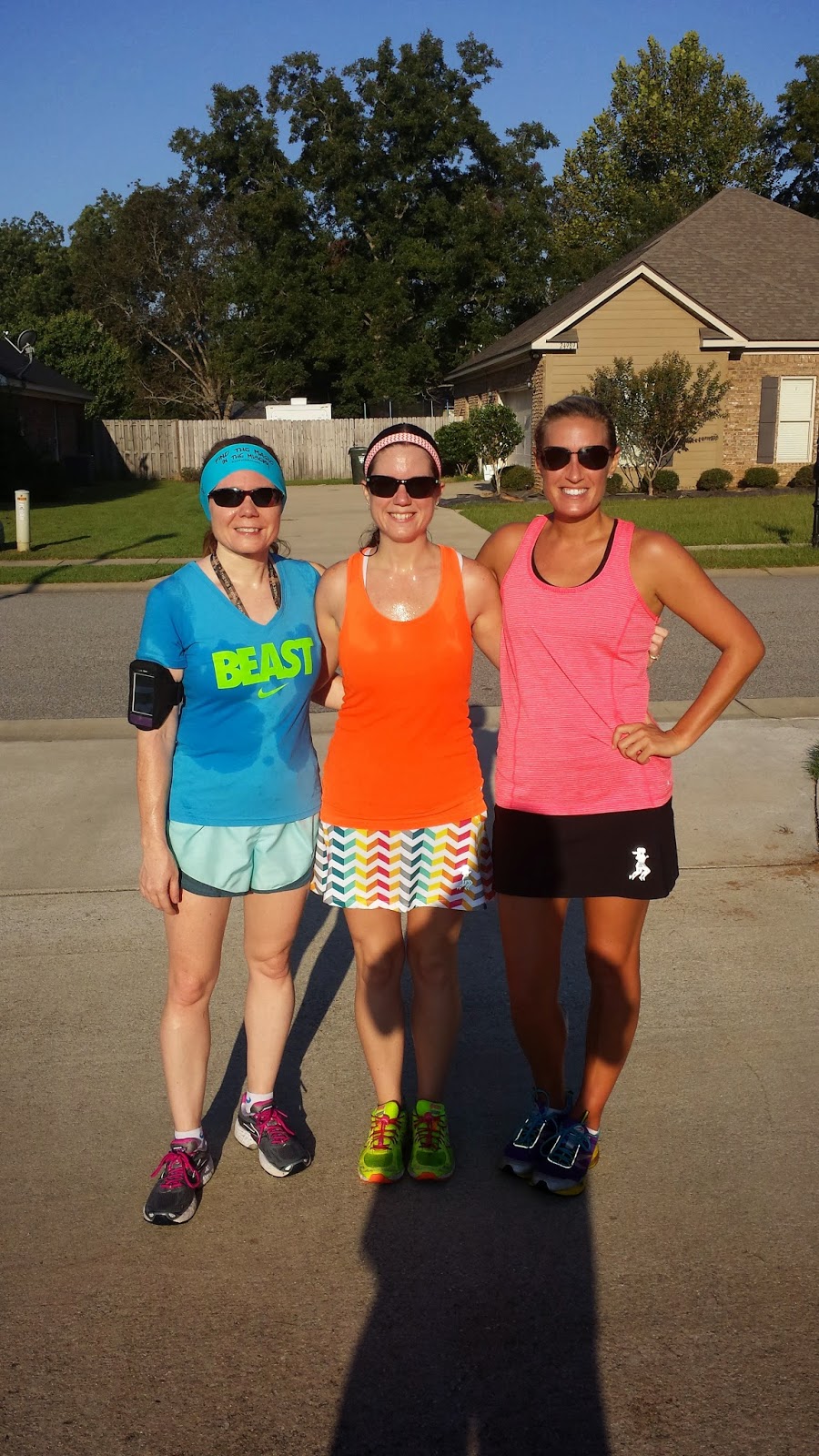 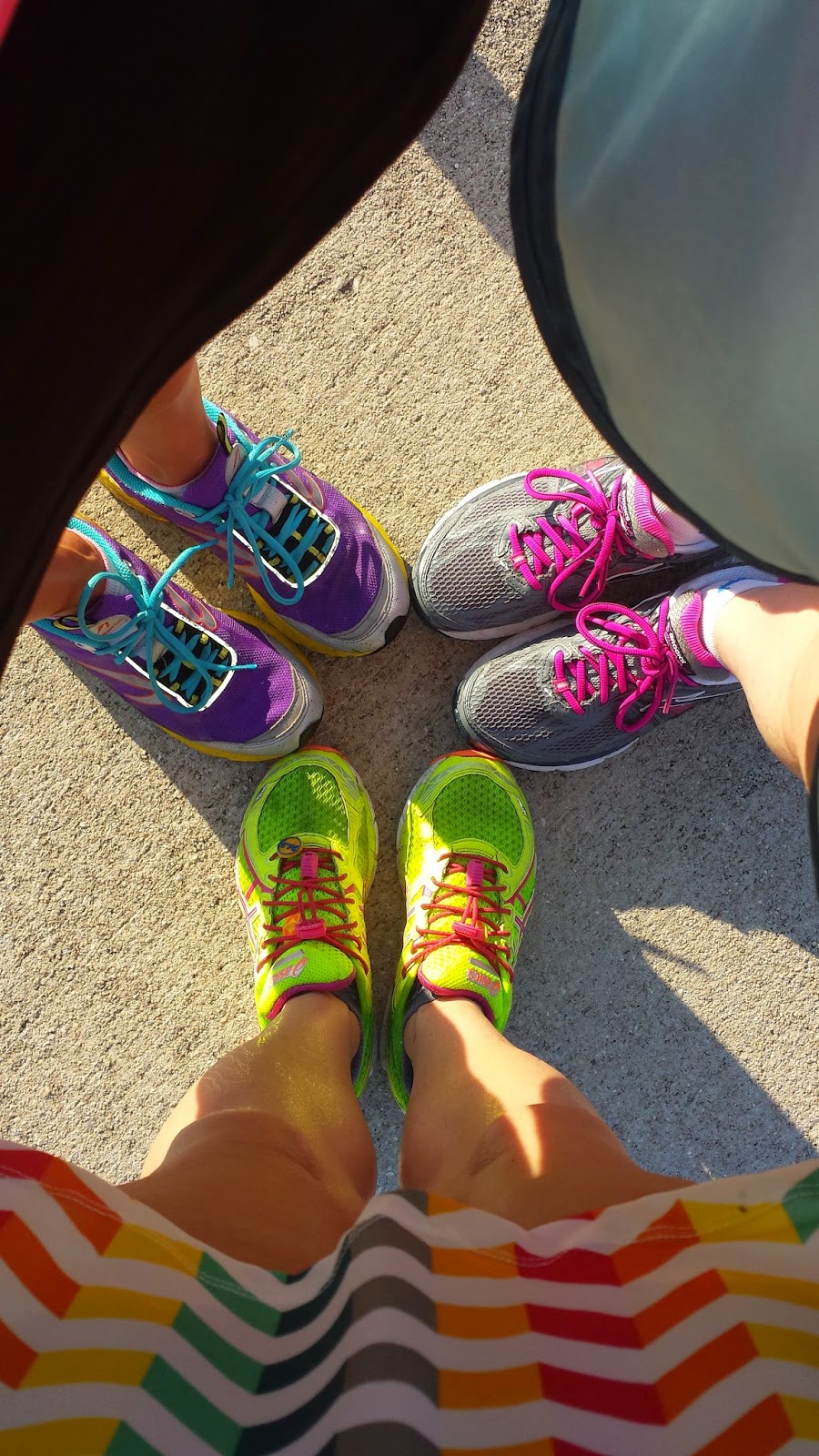 When I got home and plugged in my Garmin to get my run data, Garmin Connect informed me that I had a new 10K PR!!! Wow! I hadn't even realized it! Hopefully I can run my next 10K race in under an hour! :-)

QOTD: Have you ever run a PR but not realized it until later? Does a training run PR still count in your book?