Due to Christmas and my break from blogging, I didn't get to tell you about week 3 of my training for Rock 'n' Roll New Orleans. So I thought I would include it in this week's recap!

Again I was blessed to run with Andria! I was a little concerned about this run starting out though. The day before I had run 2 miles and felt some calf pain during the run. I was hoping I wouldn't feel it during the 6 miles. But no such luck. I still felt it. But I didn't let it stop me. I just tried to take it easy.

We ran our favorite downtown route. I felt great the entire run...except for the little bit of calf pain. But I definitely took it easy. I ran about 5 minutes slower than my 10K PR time. 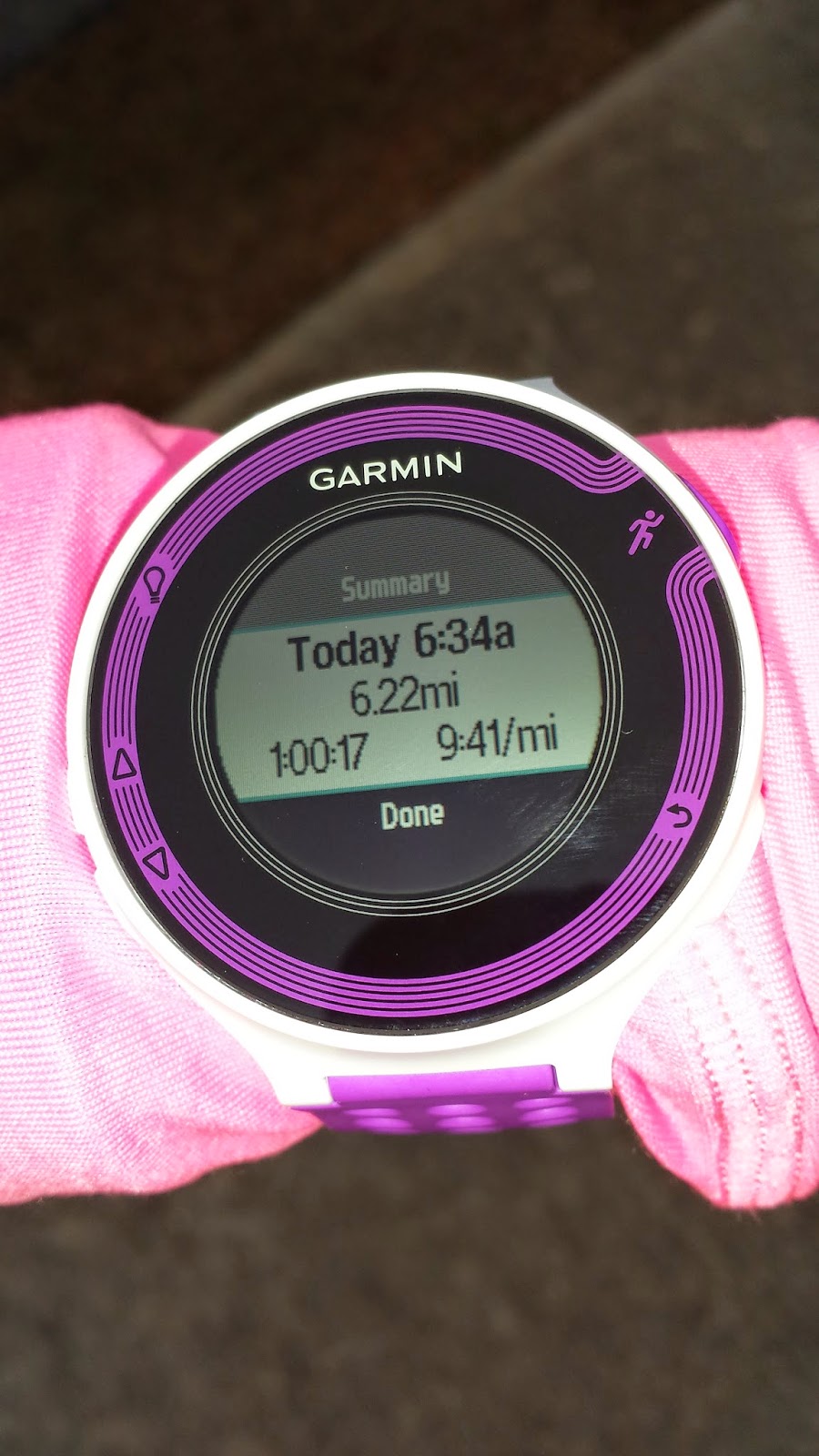 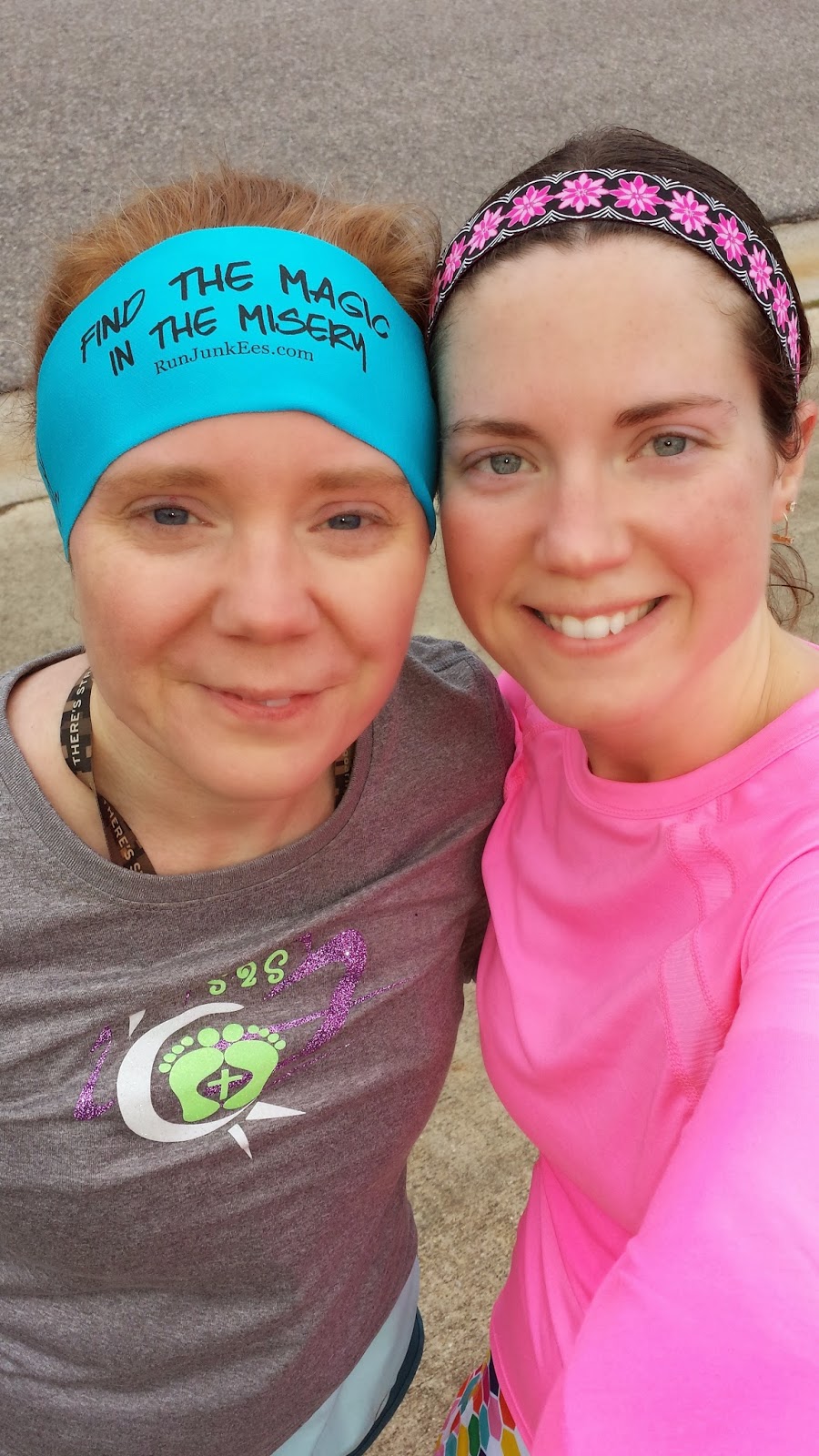 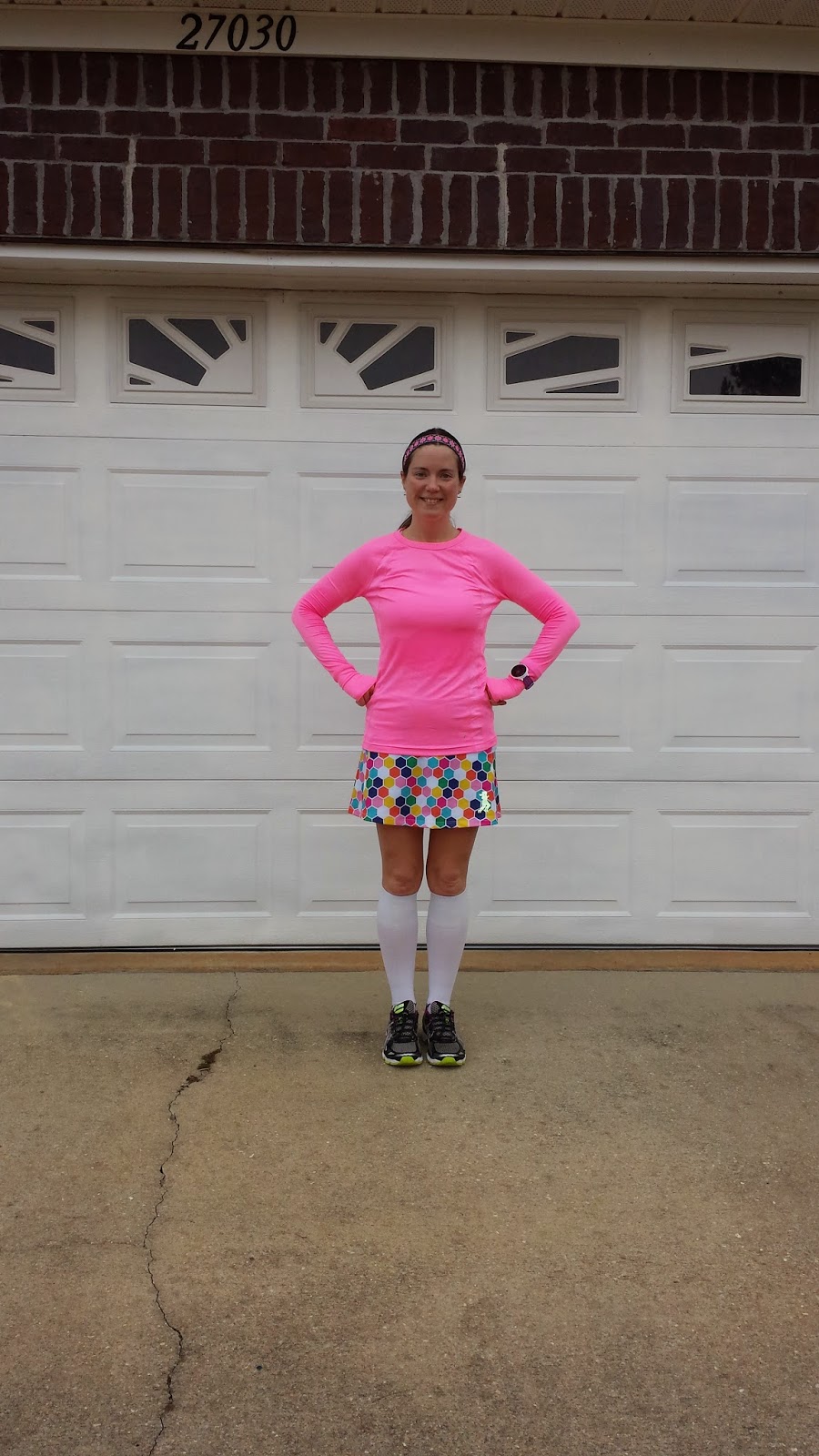 Week 4
At the beginning of the week I wasn't sure I would even be able to run the scheduled 7 miles. My calf had been sore for a few days and I was worried the calf strain injury was coming back. On Wednesday I decided to tape it to see if that helped. And it helped tremendously! I had barely any pain on Wednesday's run and it got better and better each day. So I decided to go ahead and run the 7 miler.

I knew going into it that my calf would most likely be sore after the run. But I also was paranoid about other injuries springing up. I kept worrying about my knee. Would my old knee injury arise? It made me really worried about this run. I felt like I was falling apart! Does anyone else do this to themselves?

Andria was aware of the calf and I told her how I was being paranoid about past injuries. She assured me we would take it easy.

Again we decided to run our favorite downtown route. The run started out great! I couldn't feel the calf at all except every so often I would feel a little something. But it wasn't a continuous ache so I was happy.

This run had some issues though. The weather was awful! The temps were in the high 60's so it was hot. The humidity was 100% and it was super foggy. So we struggled from the start it seemed. But we never gave up! Finally we reached our turn around point.

See how foggy it was? The fog combined with the heat and humidity made it so hard to breathe and run! 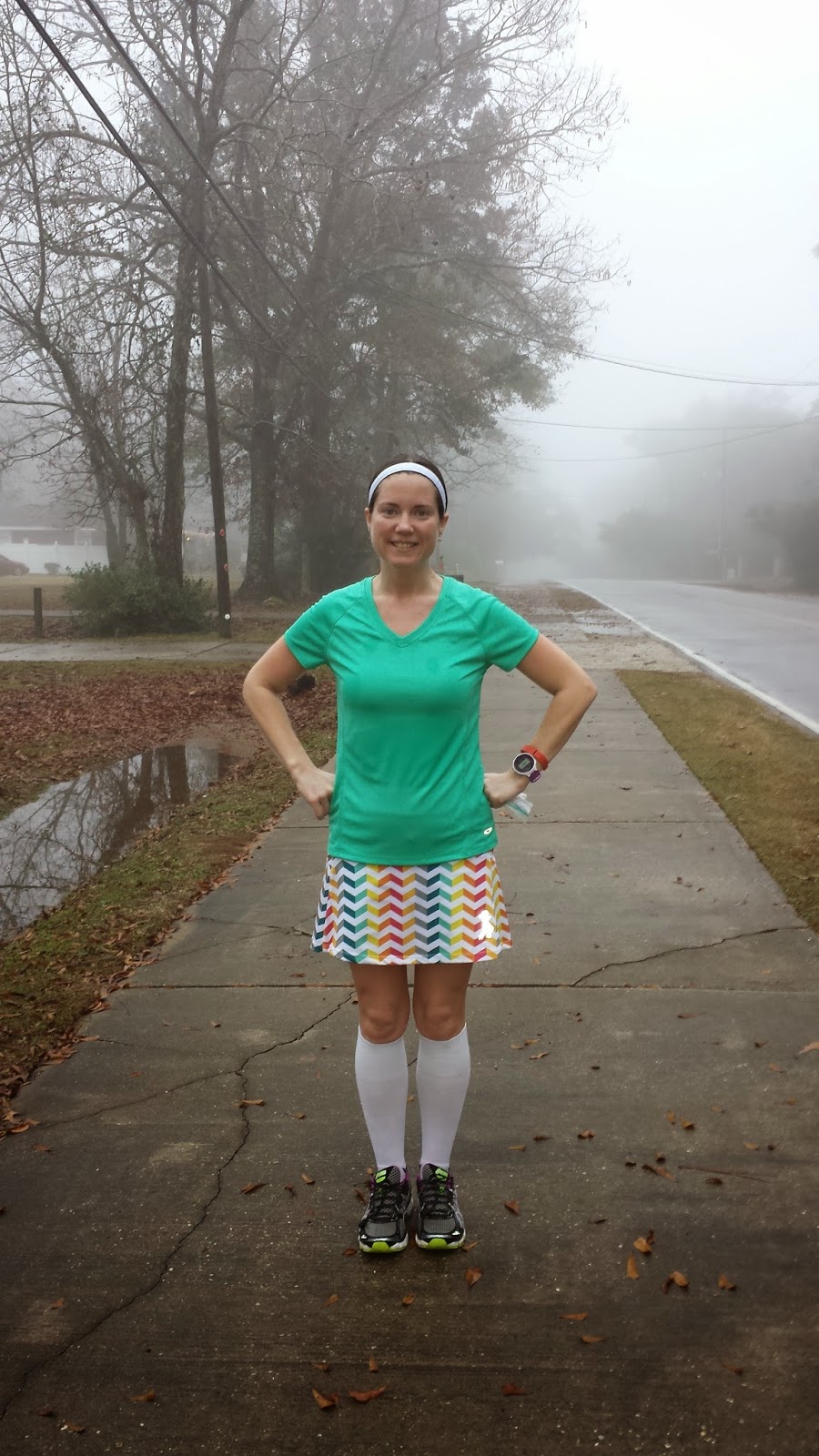 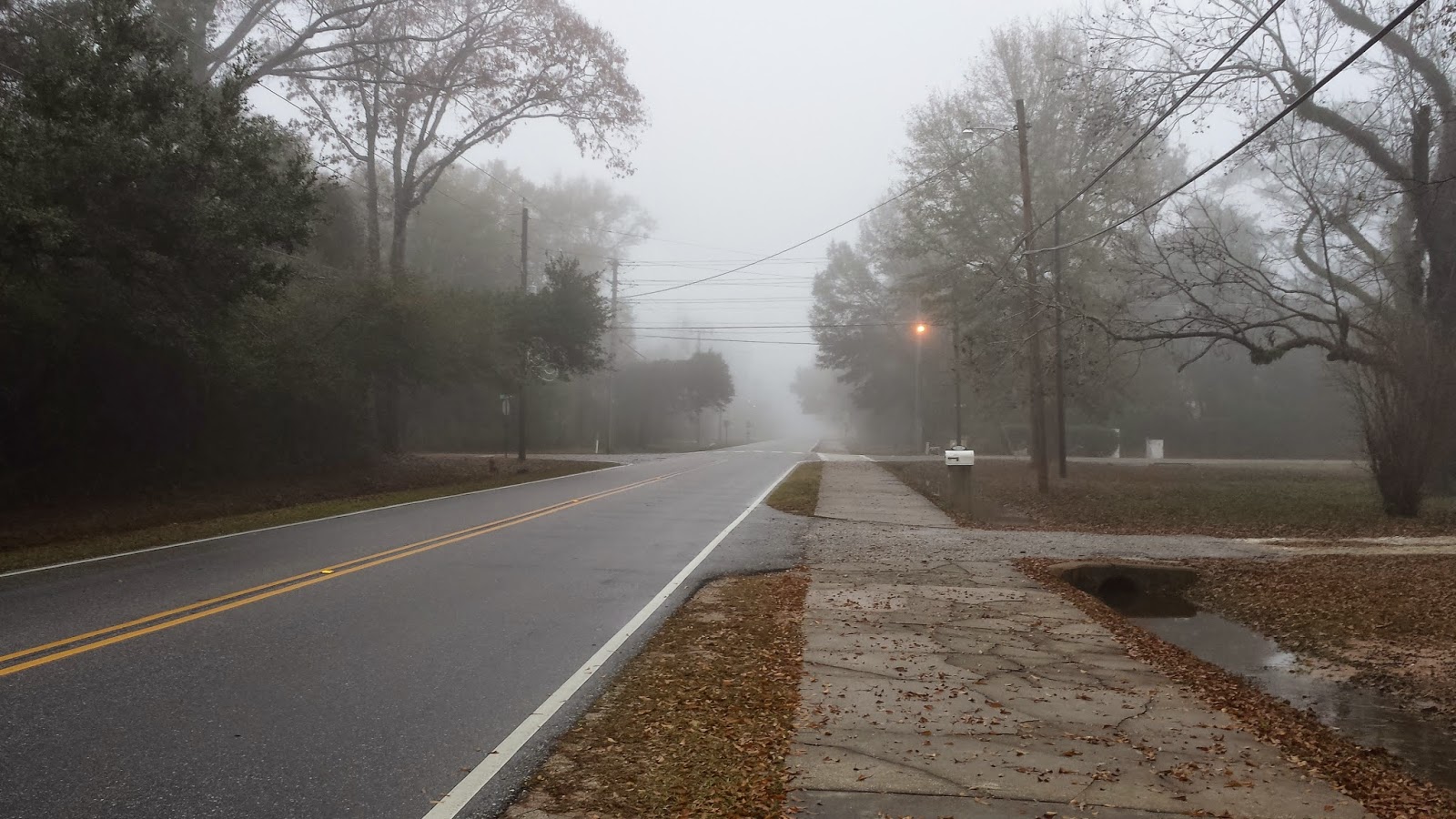 We had made it 3.5 miles....we only had another 3.5 miles to go. The rest of the run was good. I felt pretty good despite the weather conditions. But when we reached mile 5 my legs got really tight. My quads got super tight. My left IT Band started screaming. And both my knees felt tight. It made the last 2 miles tough...but I did it! 7 miles was complete! And the calf felt good!

I'm gonna be sad when the new watch doesn't give me these records anymore! ;-) 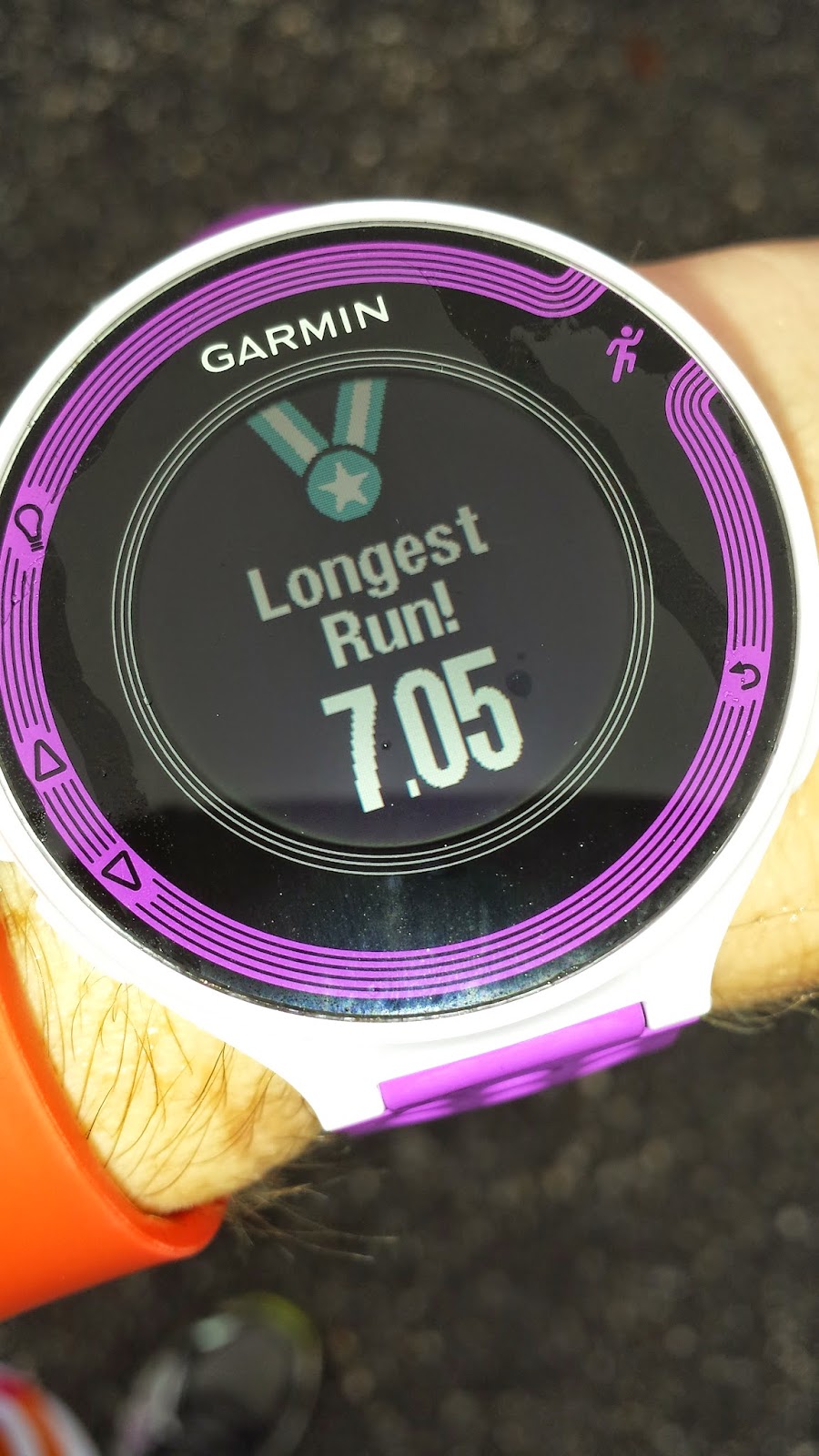 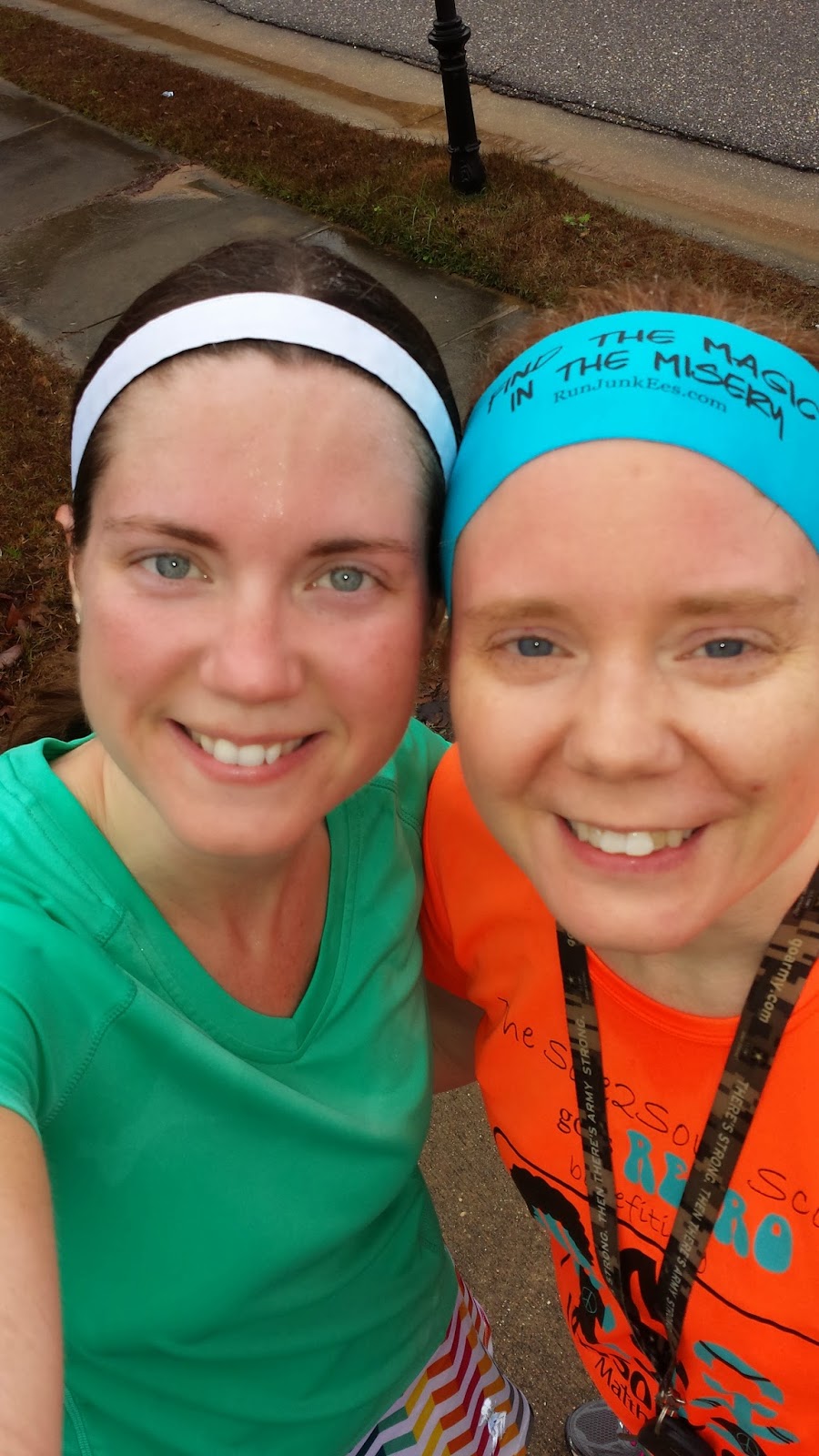 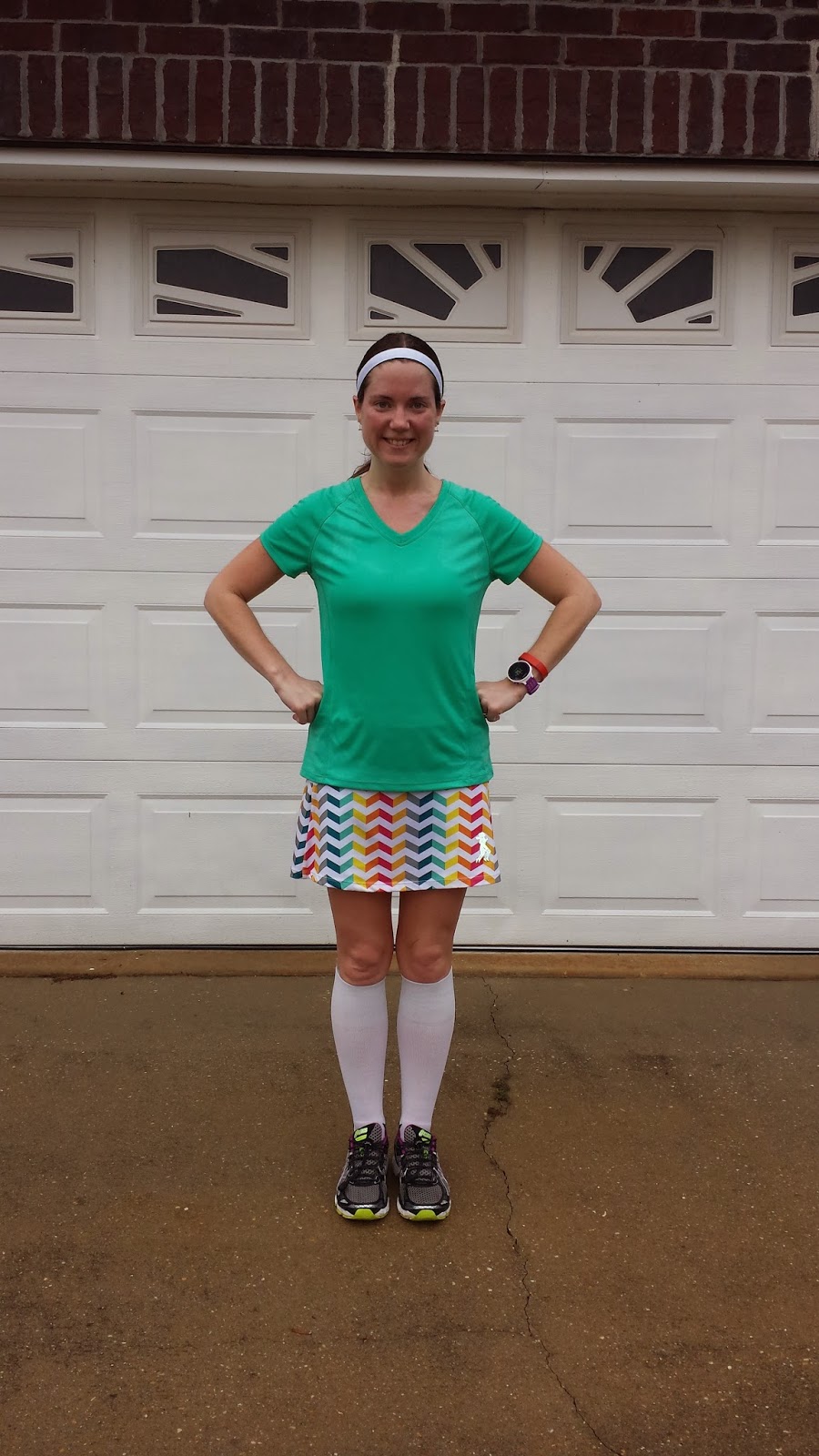 I'm not really sure why my legs got so tight on me at the end. Was it the increased mileage? Was it the heat and humidity? Maybe I wasn't hydrated enough? I'll probably never know. But my legs were still a little tight on Monday too. The good thing...the calf never hurt! Yay!

So even though there were a few issues, week 3 and 4 of training went pretty well. Here's to a pain free and injury free rest of training...for all the races I have planned! :-)

QOTD: Have your legs ever gotten that tight feeling during a run?