I had an amazing time in New Orleans this past weekend! I hope you're ready for a week full of New Orleans inspired posts! ;-) Today I'm talking about the expo for the Rock 'n' Roll New Orleans Marathon!

I left home for New Orleans on Friday afternoon. It takes me about three hours to reach this awesome city! My friend Donna and I drove in together. After about 30 minutes being stuck in traffic we finally made it into downtown, parked, and headed to the convention center where the expo was being held. There was only about an hour left until the expo was closing so we decided we would just grab our bibs and shop the next day with our other two roommates for the weekend. 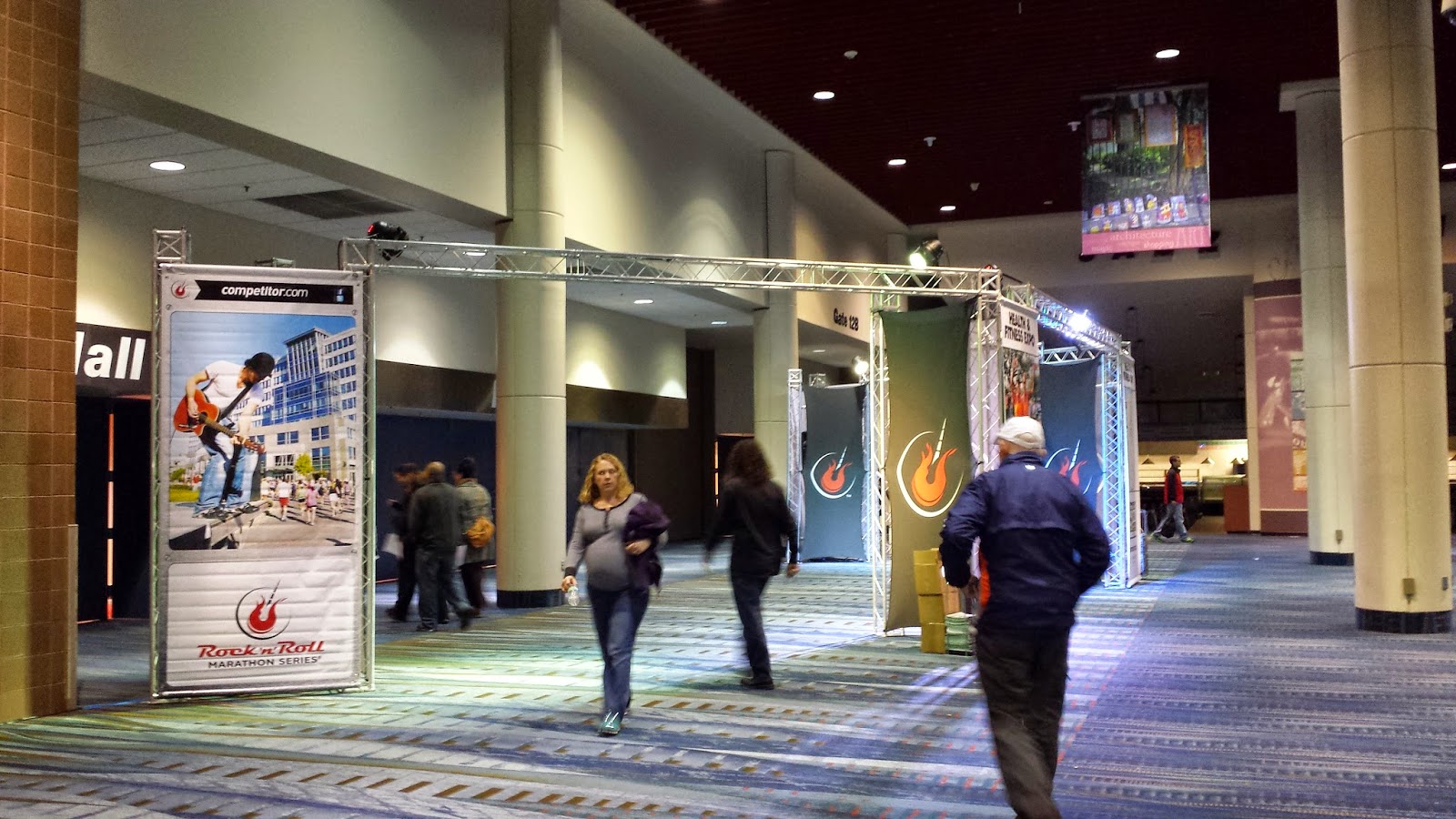 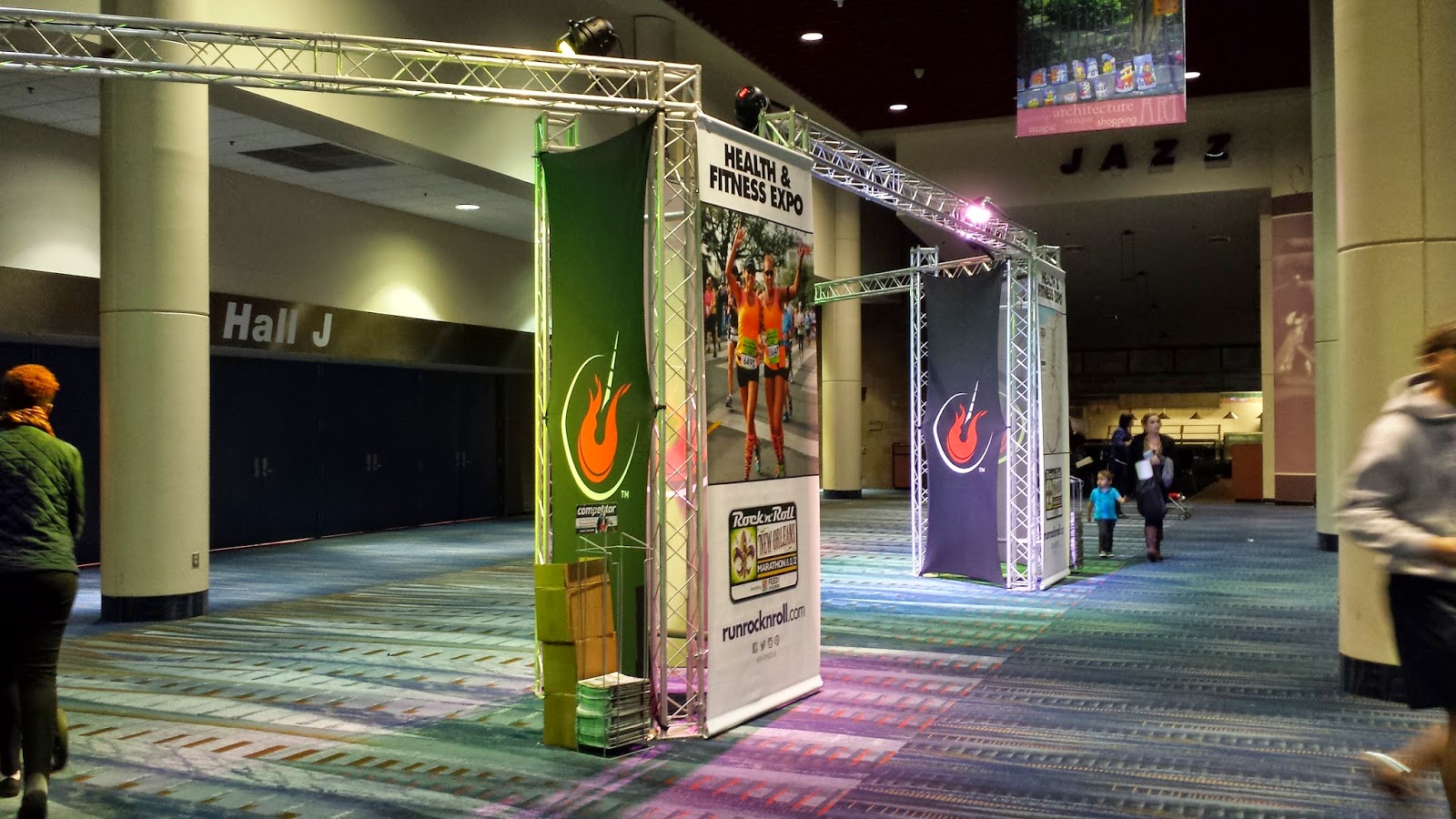 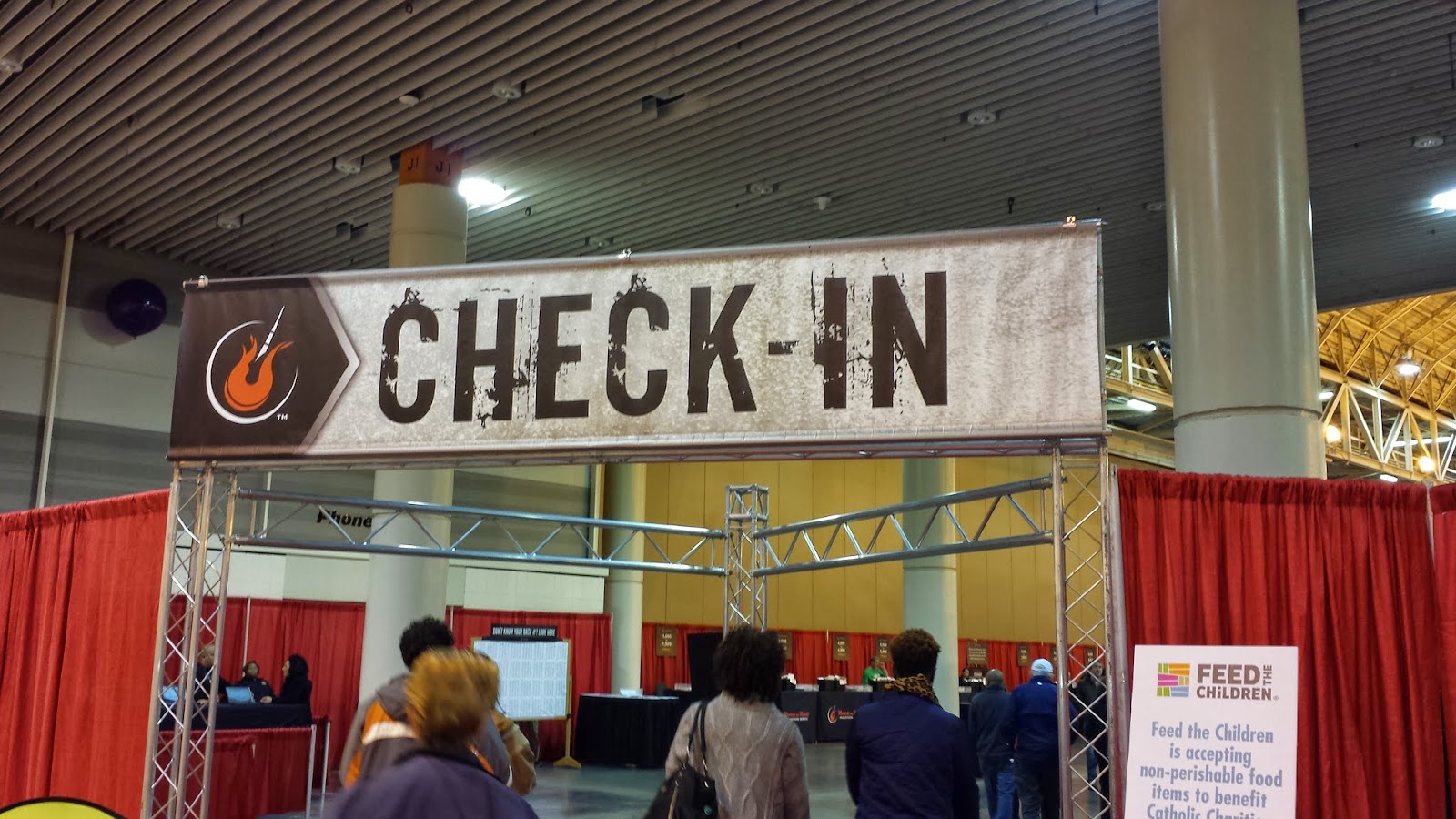 As always, Rock 'n' Roll put on a very organized expo. Picking up your race bib was super easy. You just went to the section that had your bib number, handed them your confirmation sheet and I.D., and then they gave you your race bib. Then you took your bib over to get your gear check bag and shirt. Easy peasy!

We had to take a few pictures in front of the countdown clock! Not much longer and we would be running the streets of New Orleans! 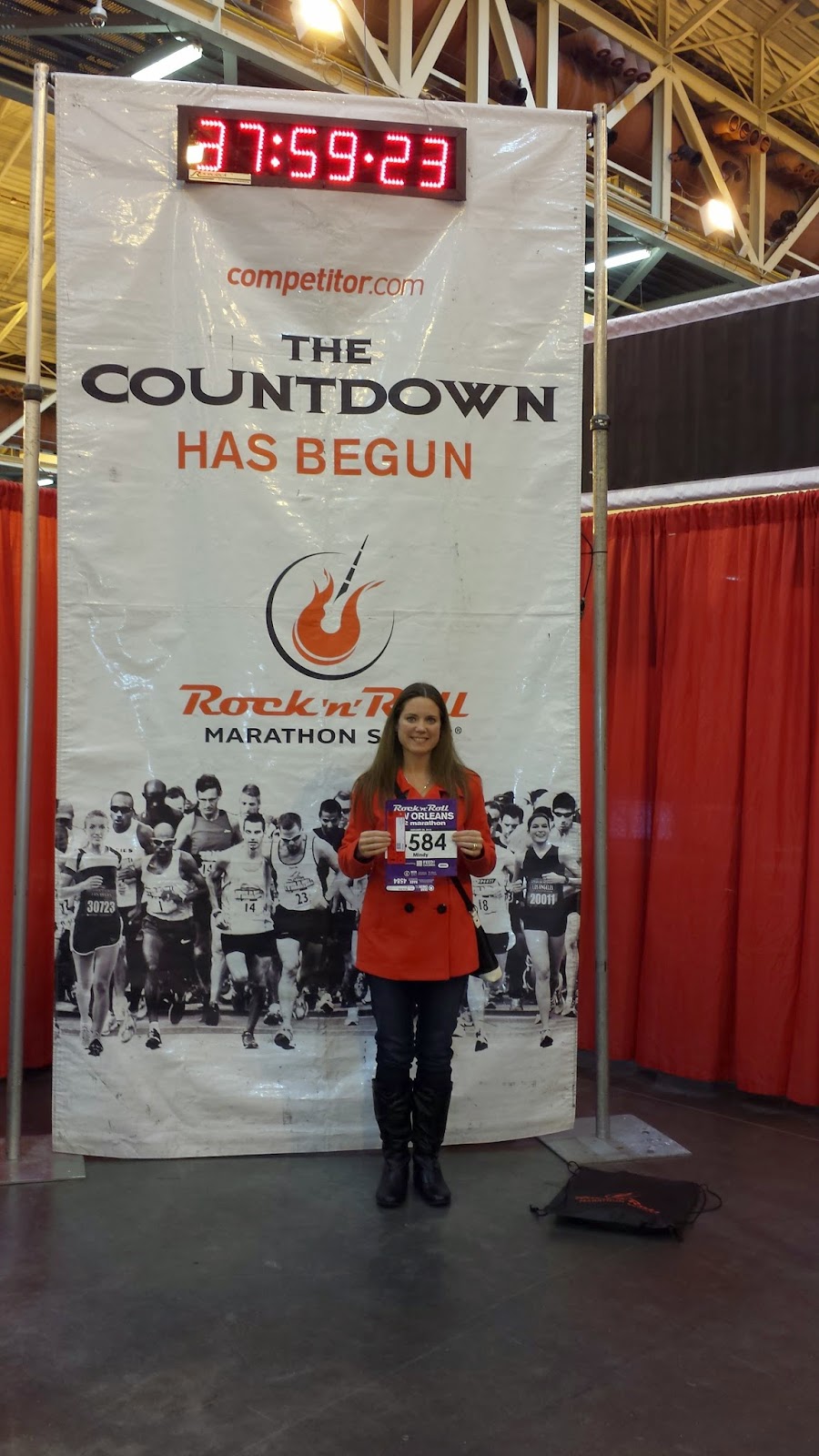 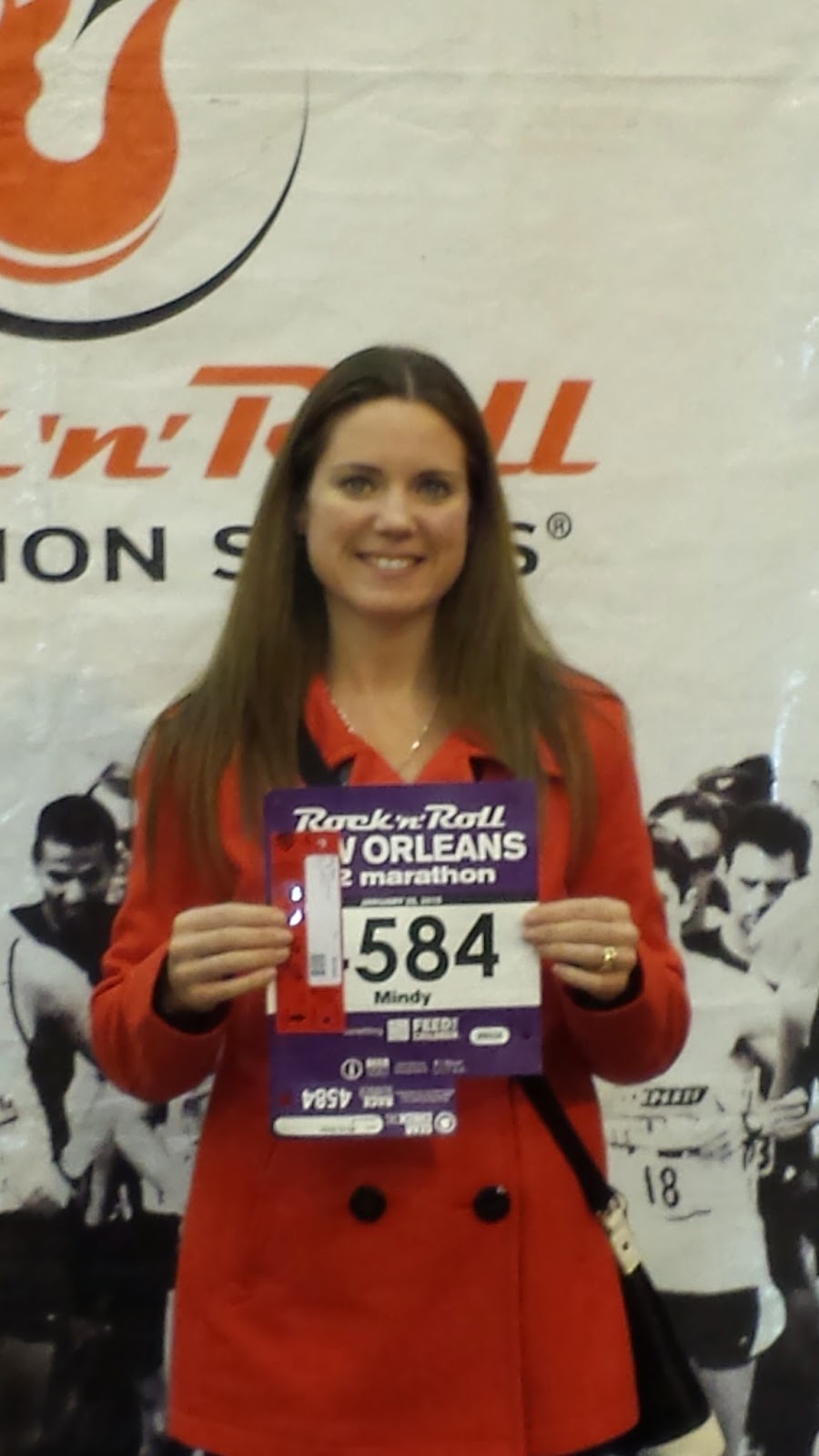 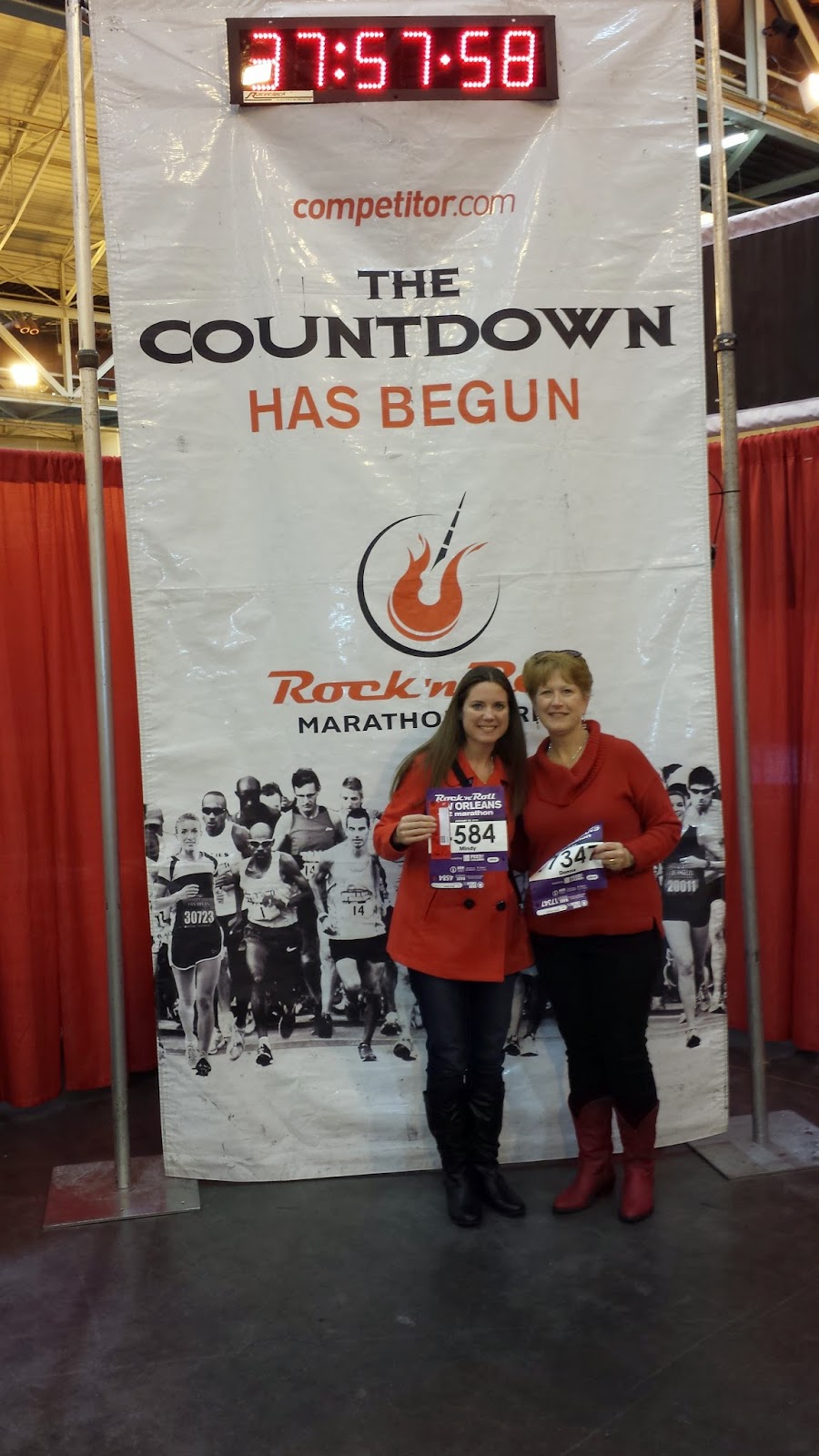 We still had a little bit of time so we checked out the official race merchandise. I found a super cute tank but didn't get it. I was on a mission to not spend too much money this weekend since I have Disney Princess Half weekend in three weeks. 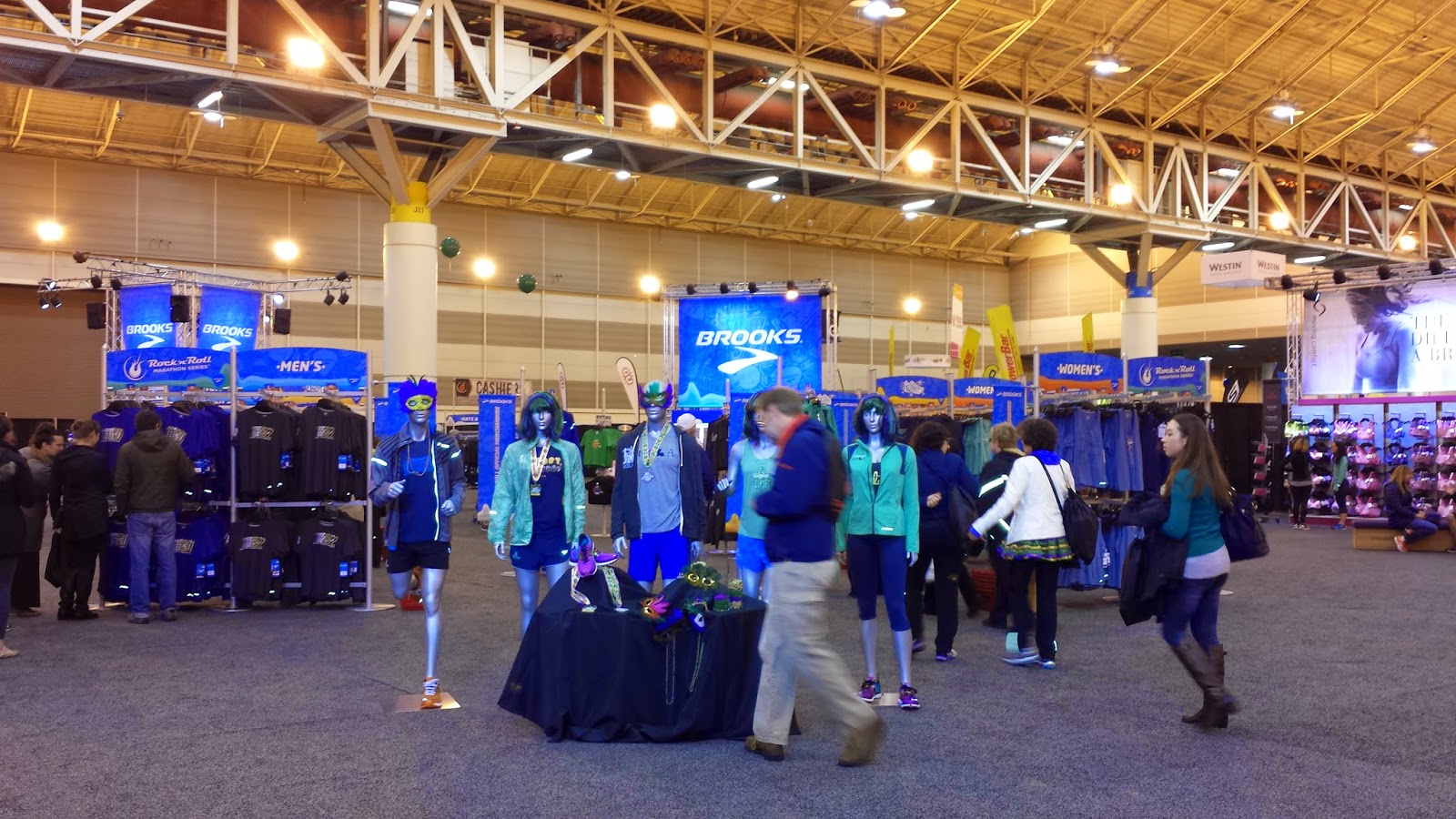 After looking at the official merchandise we headed into the expo with all the vendor booths. There was so much to look at but they kept announcing they were closing. We headed quickly to get my VIP parking pass and wrist band. Then we were out of there with excitement about returning the next day.

Donna and I were starving by this point so we stopped at The Cheesecake Factory for some dinner. Yum, yum!

The next morning we went back to the expo with our roommates Jennifer and Jessica. They got their race bibs and then it was time for some expo shopping! 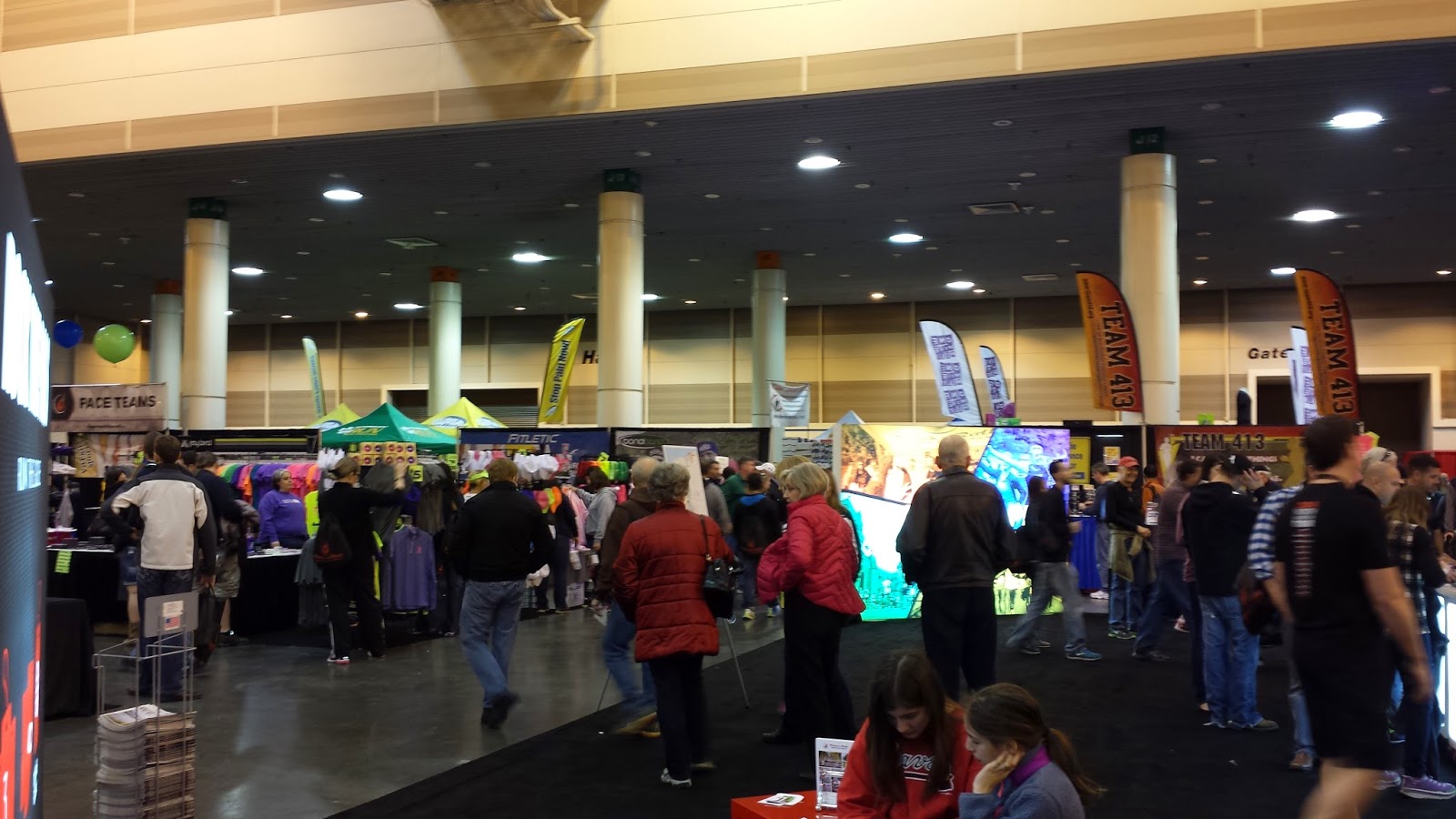 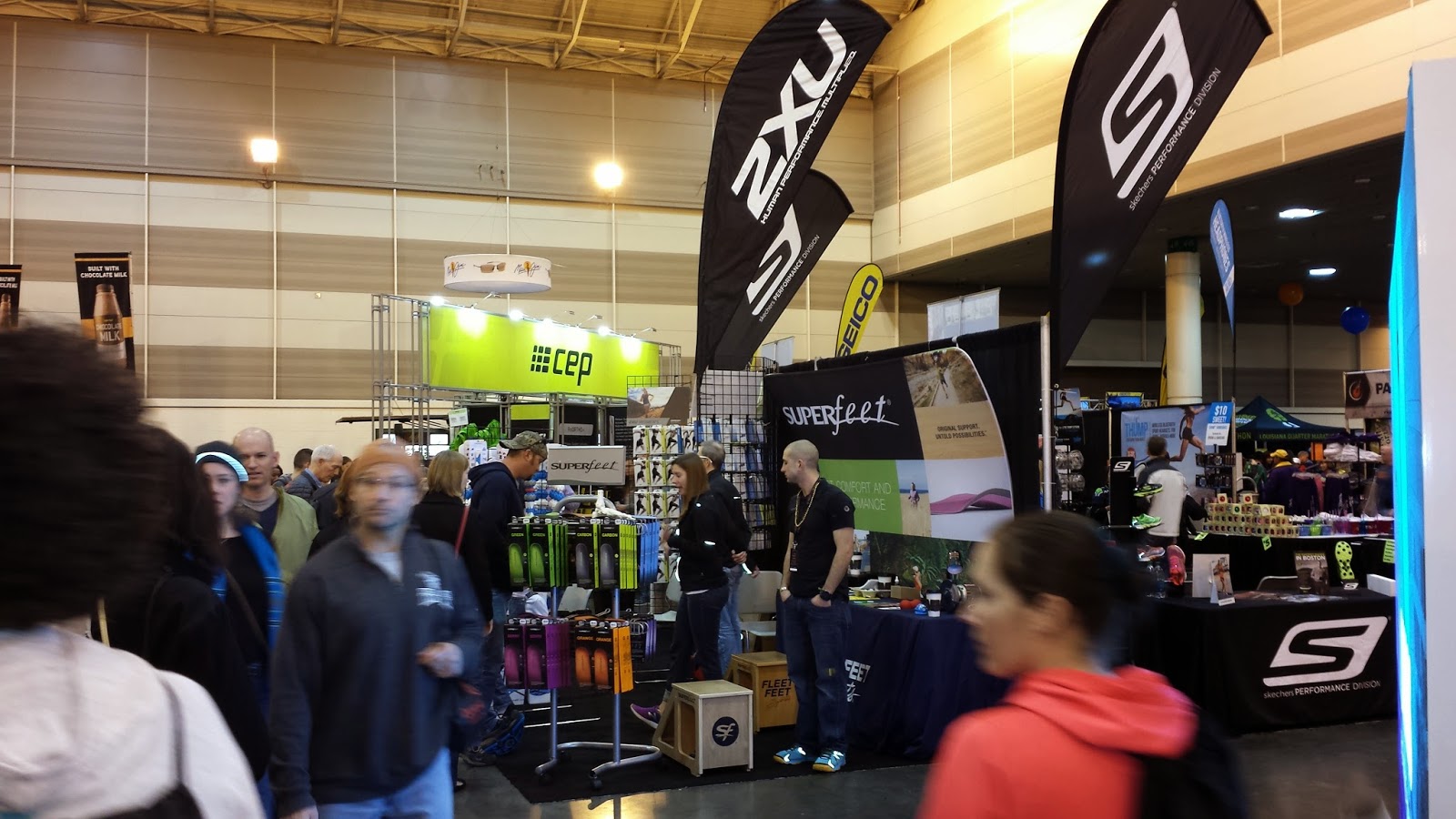 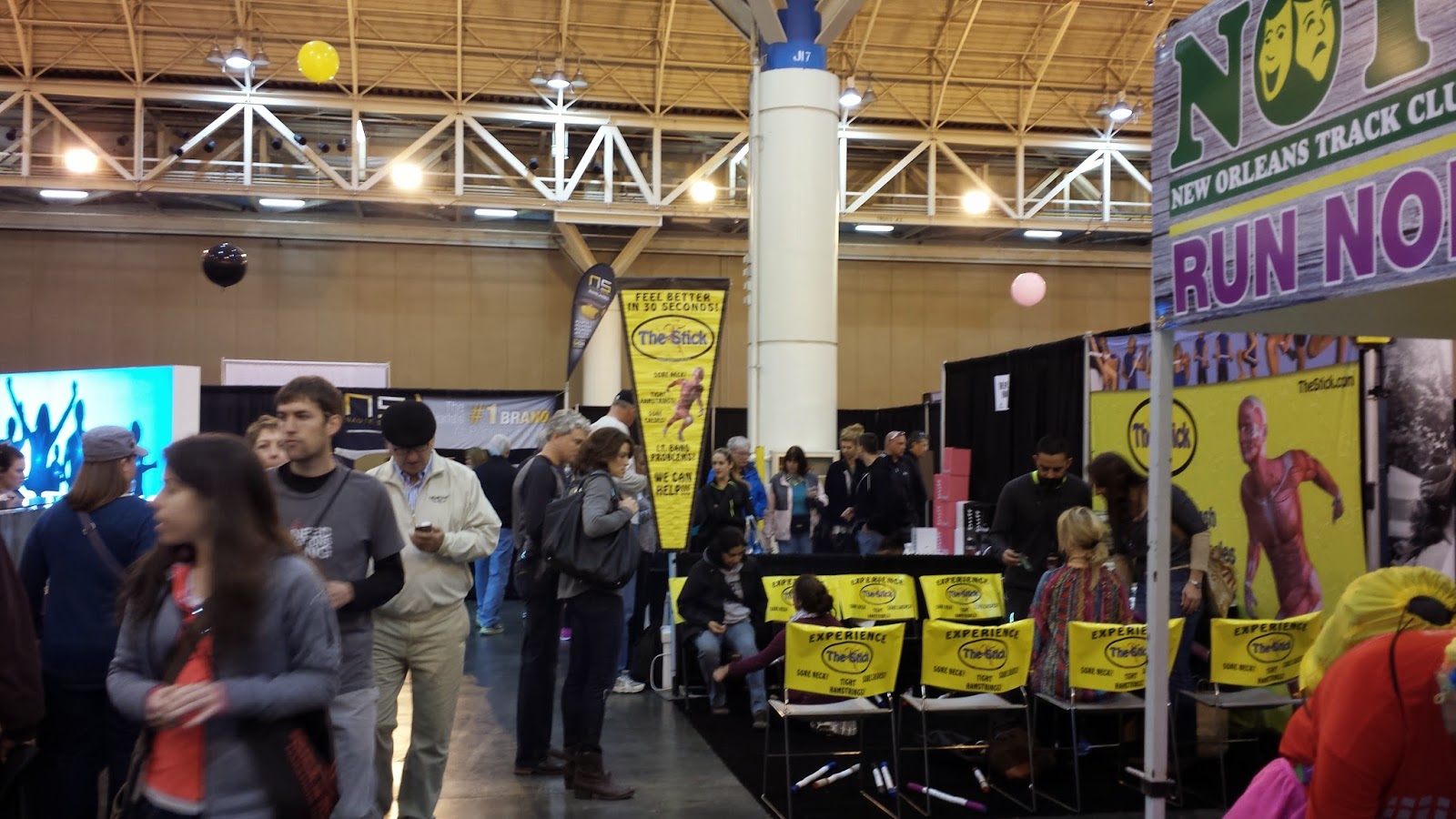 There were a ton of vendors there and we had a blast visiting each one and getting some free stuff! ;-)

We had so much fun at the Got Chocolate Milk booth! I was so excited low fat chocolate milk would be at the finish line waiting on me! 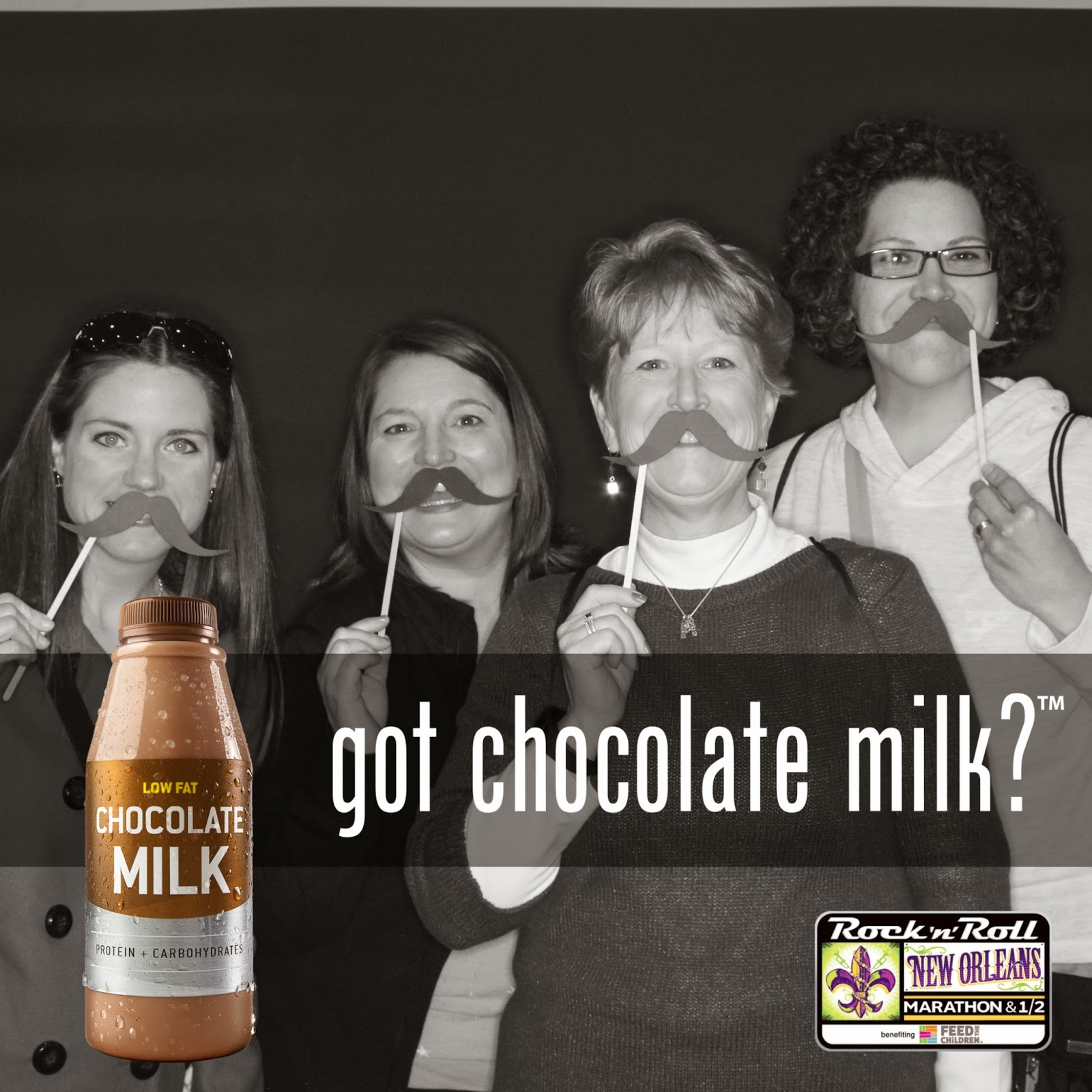 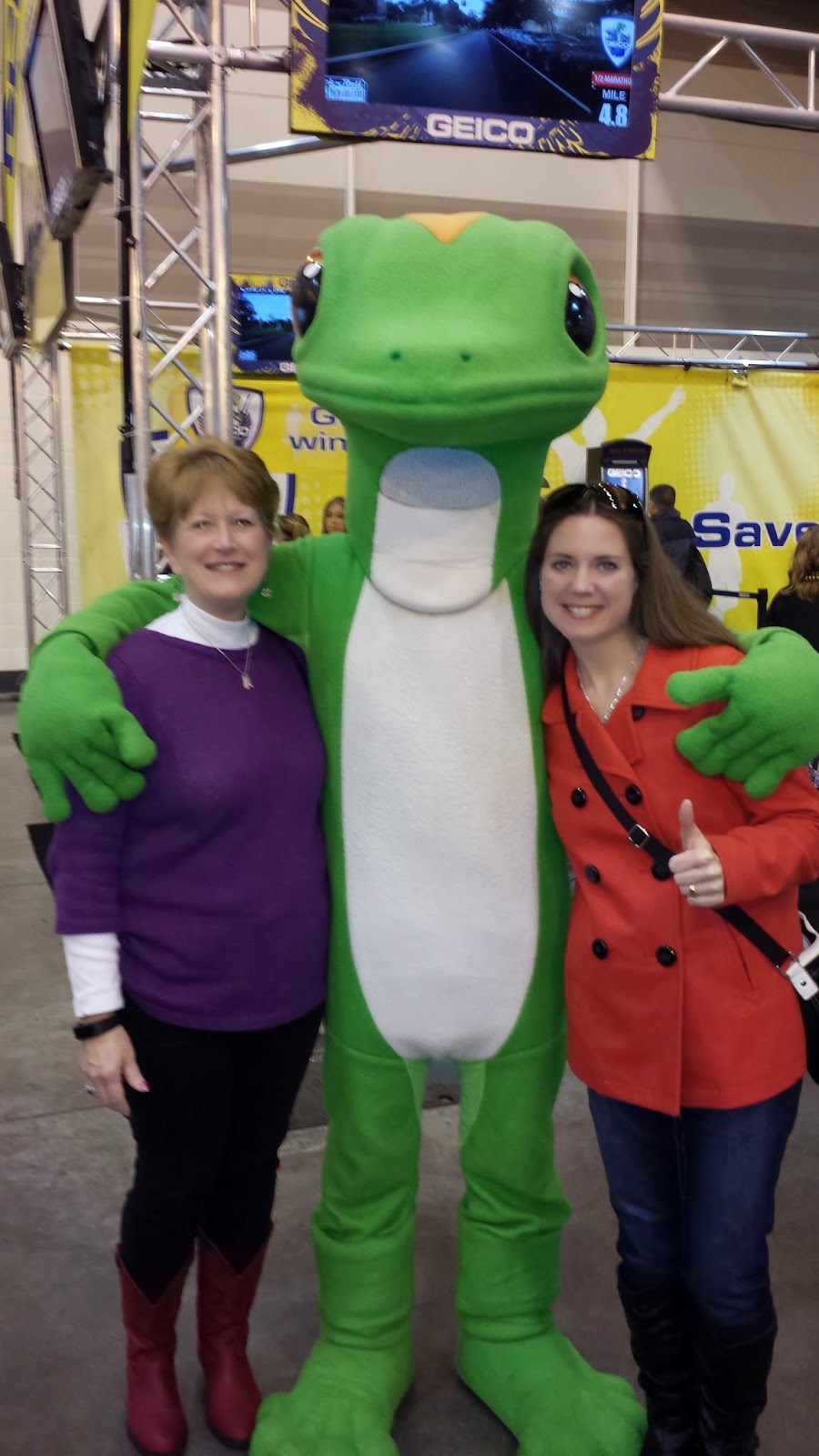 After the expo it was time for some lunch and exploring New Orleans! But I'll tell you all about that in another post! :-)

Of course it's tradition that I lay my outfit all out and take a picture the night before the race. Here it is! The only difference come race morning was that I added a long sleeve shirt under my tank. It was cold out there! 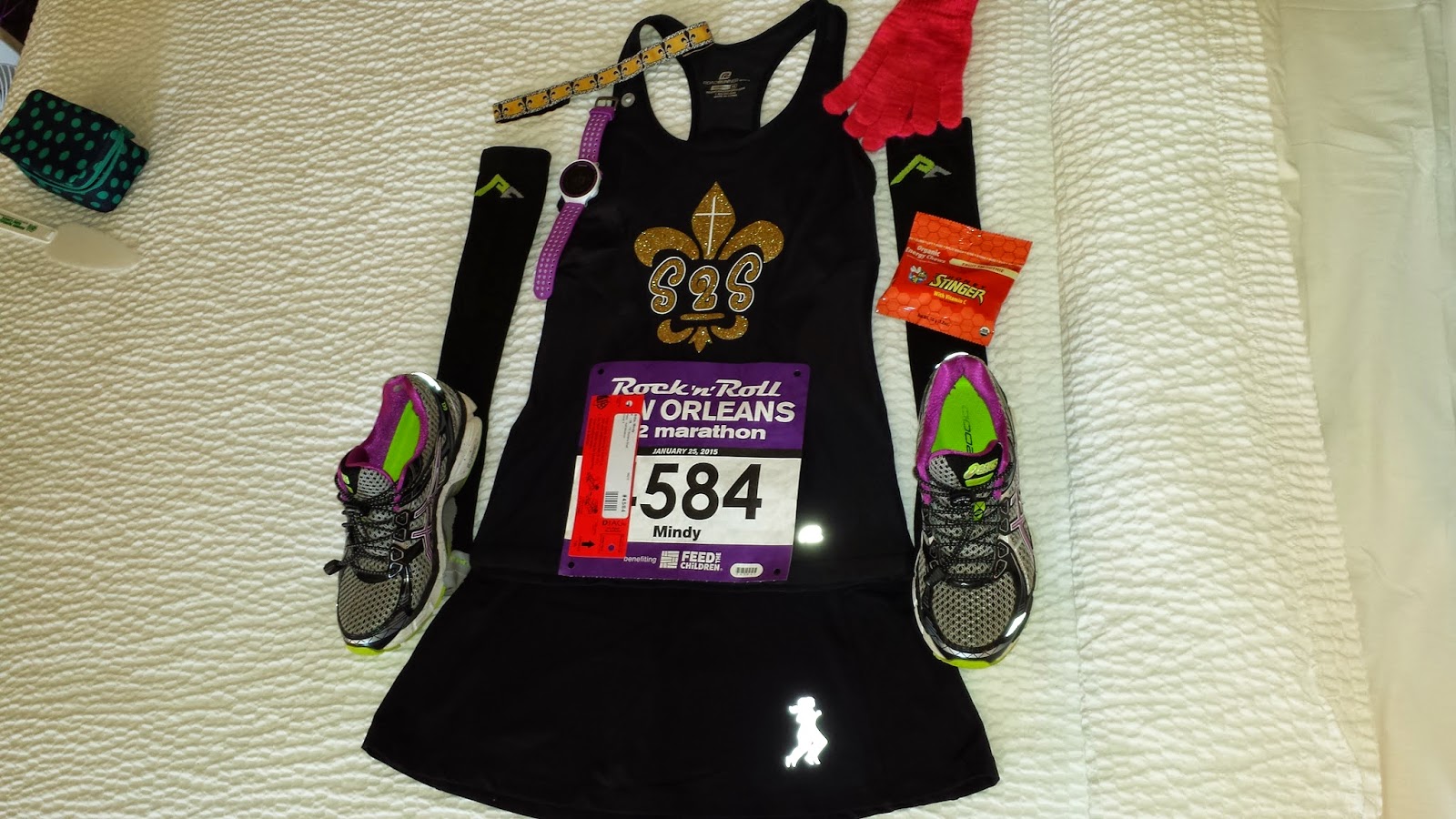 A little before lights out one of my friends tagged me on Facebook asking if I'd seen this post. Rock 'n' Roll New Orleans had used my outfit picture from last year's race to wish everyone good luck on their Facebook page! I felt like a celebrity!!! ;-) 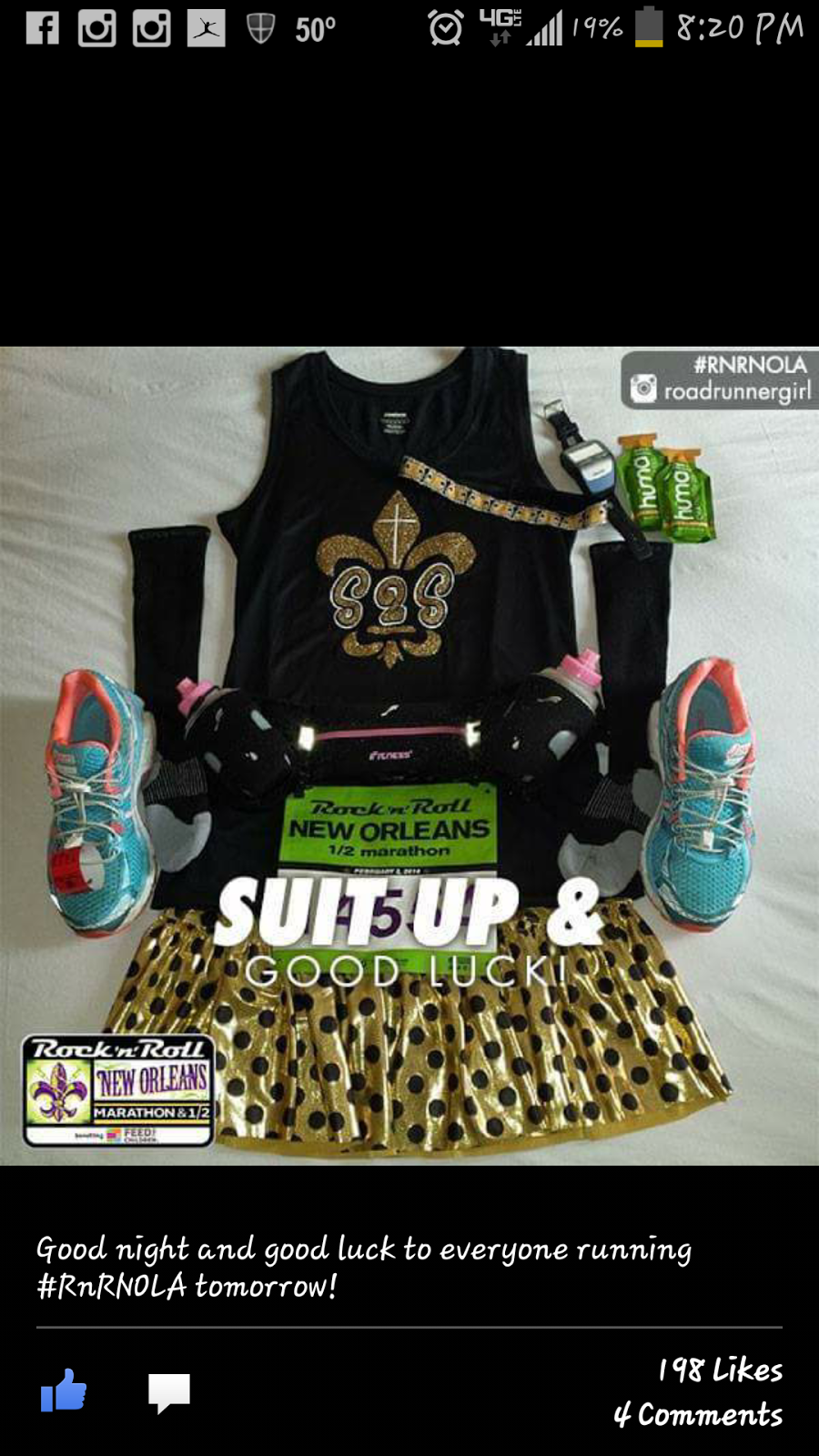 QOTD: What is your favorite thing about race expos?