This week is my last week of training for the Rock 'n' Roll New Orleans Half Marathon! Normally this would have been a taper run but since I was sidelined a bit with my calf injury I needed to run 10 miles this week. Again, Andria ran this run with me! It's always so much better running with her! And luckily she is running the race with me as well! It will be her first official half marathon (she's run the distance twice just not in a race)!!!

The weather looked pretty perfect for this run! The temperature was in the 30's and the wind was minimal.

And before we started we were greeted with a gorgeous sunrise! We even got to run towards the sunrise because we ran a different route this time. Normally we would have turned the opposite way and ran away from the sunset. 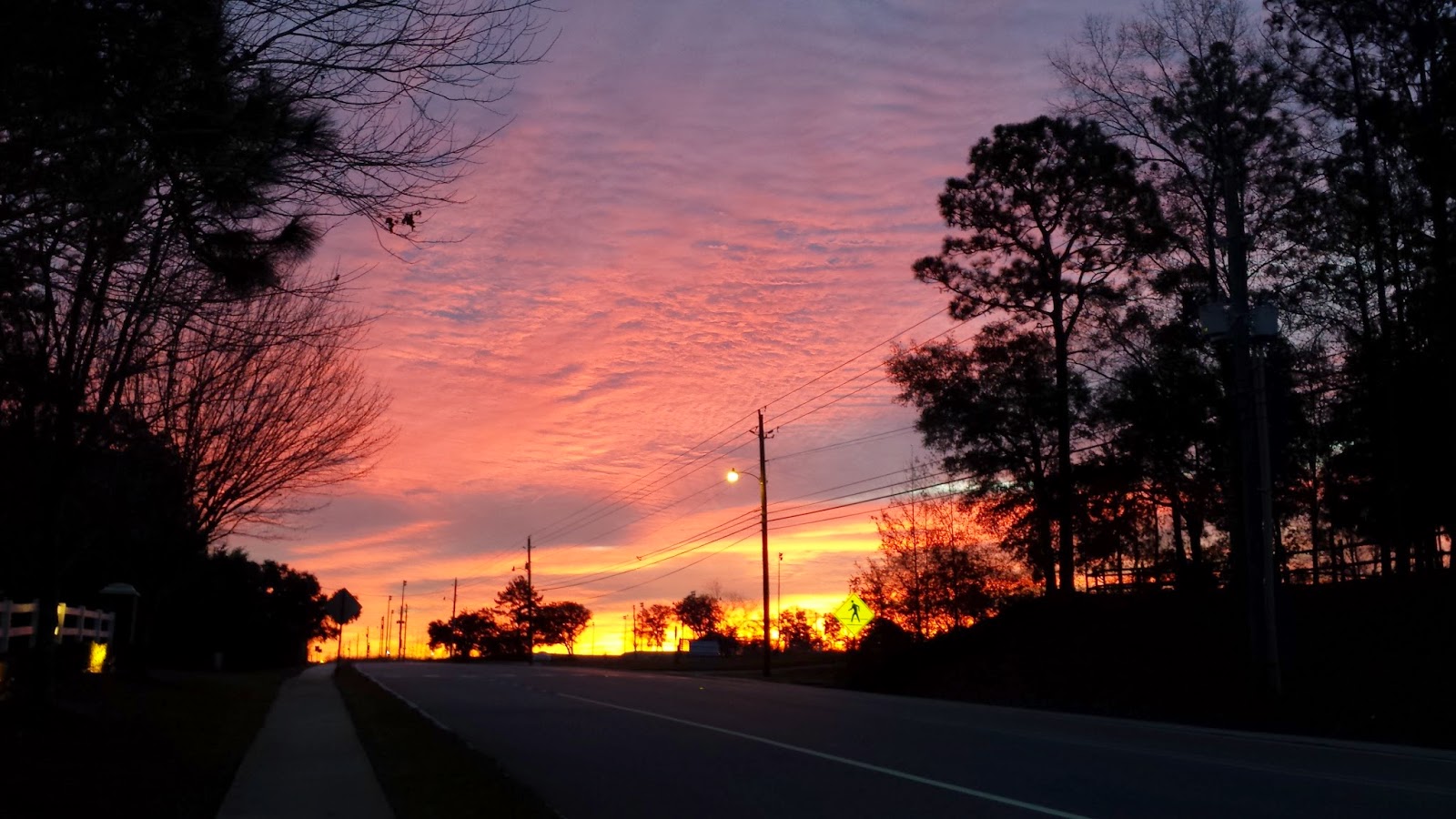 I was a little nervous about this run. All week long I've been really paranoid about my legs getting re-injured. I've been icing everything lately. I hate that I'm having these feelings but I know that I have so many races coming up and I just want to be able to run them pain free and injury free. So this 10 miles was a little scary for me.

So after many prayers I looked up at the sky and knew God was telling me that this run was going to be a ok!

It started out great! Andria and I had lots to talk about which always passes the time. Around mile 2 we were on the lookout for some of our Sole2Soul Sisters who were running their taper run of 6 miles. We saw them stopped at their water stop and gave a quick wave and yell hello as we ran by.

Before I knew it we had made it to our first water stop at mile 4! 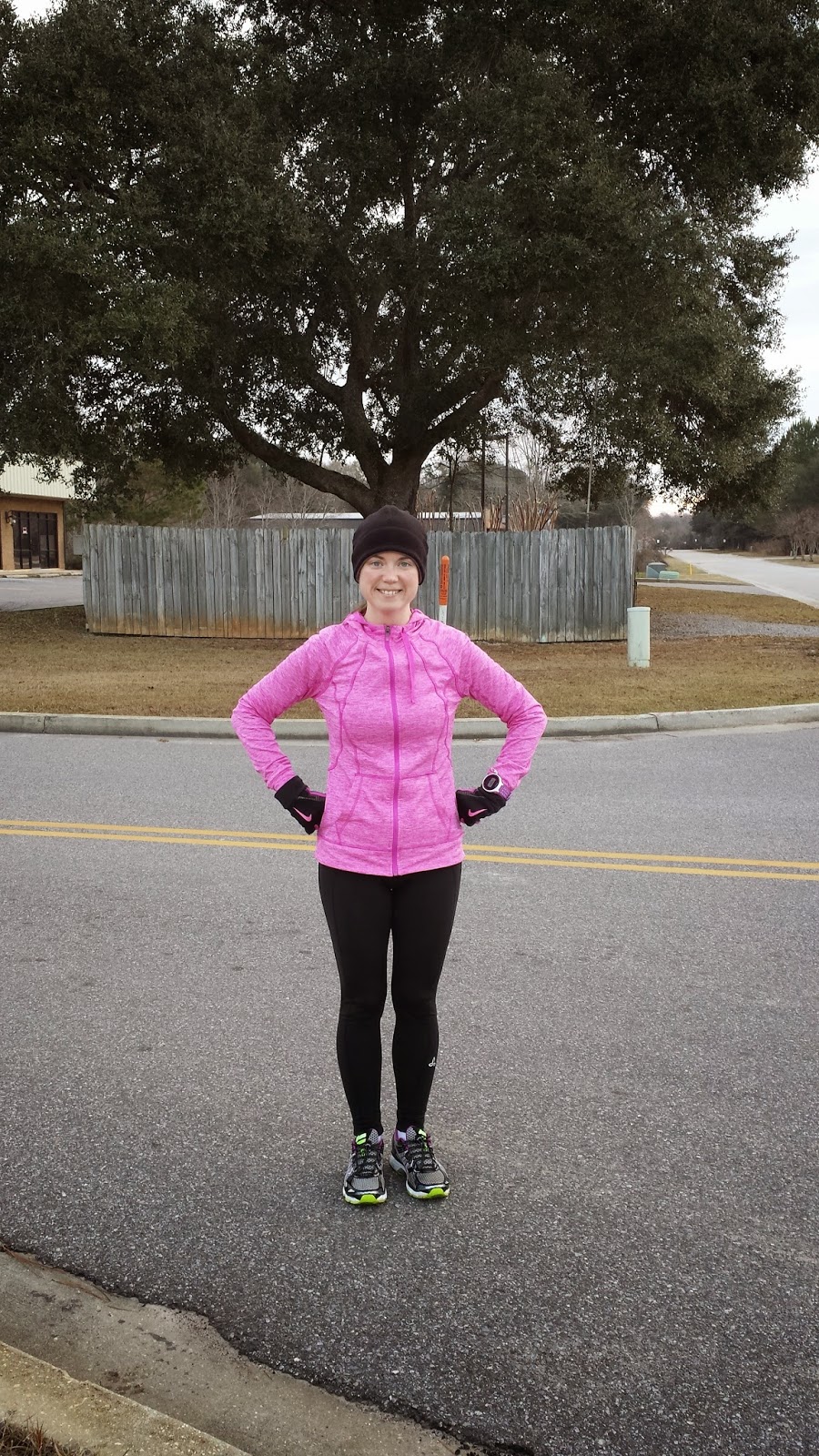 After some rehydration and a few gummy bears to refuel we were back out on the road! I love this part of the route as we ran by a cow pasture. There's nothing like the smell of fresh cows while you are running by lol! 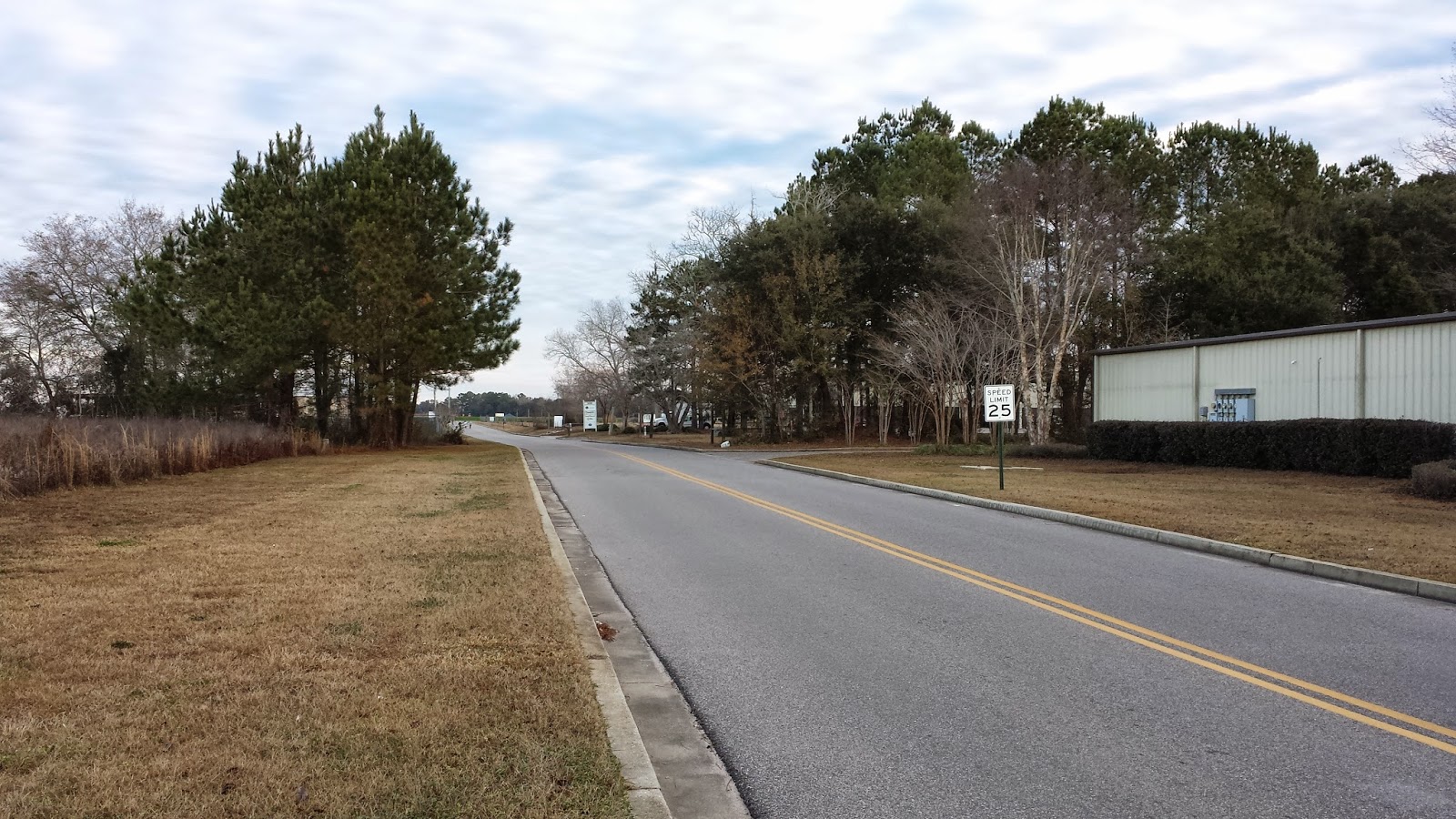 Around mile 6 I hit a mini wall. I was getting tired for some reason. And I still had 4 miles to go. I didn't stop though. I kept running knowing I could run through it. I kept telling myself that I just had to make it to the next water stop at mile 8. Running is just so mental, you know?

Finally we reached mile 8! We grabbed a quick swallow of some Powerade Zero and headed back out there. We only had 2 miles to go!

But the last 2 miles would be tough. There were some hills and it was the part of the route where we had to run single file and really watch for traffic. While I was running I was doubting the race. Could I run 3 more miles? I was already so tired! I'm not sure why I was feeling this because this will be my 26th half marathon. I KNOW I can do it. But that day it felt impossible. 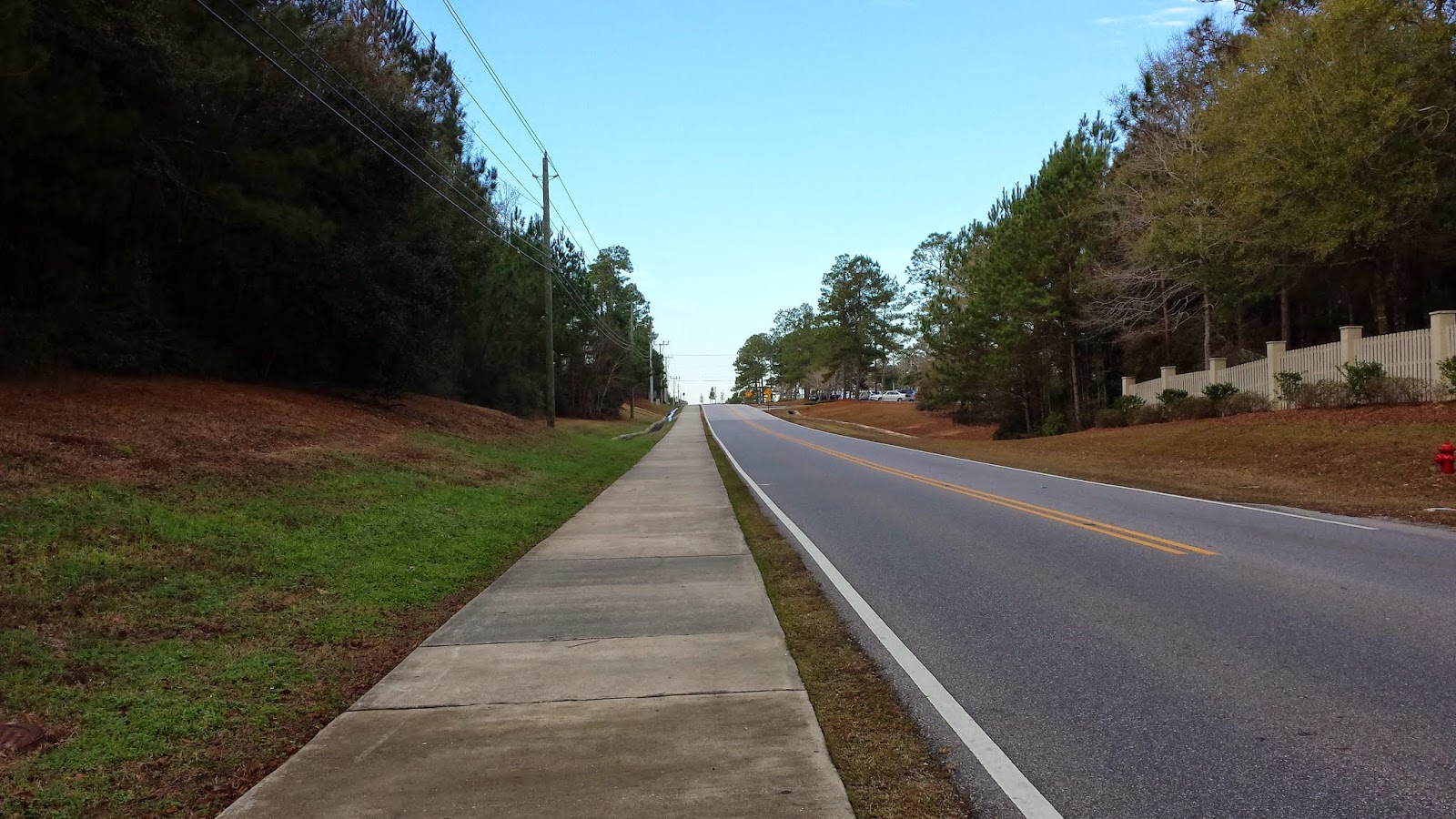 Finally we reached the end! 10 miles was conquered!!! Looking back, those last 2 miles were also our fastest. So that could explain why I was feeling so tired and like I couldn't go any further.

New records were made on my new Garmin! 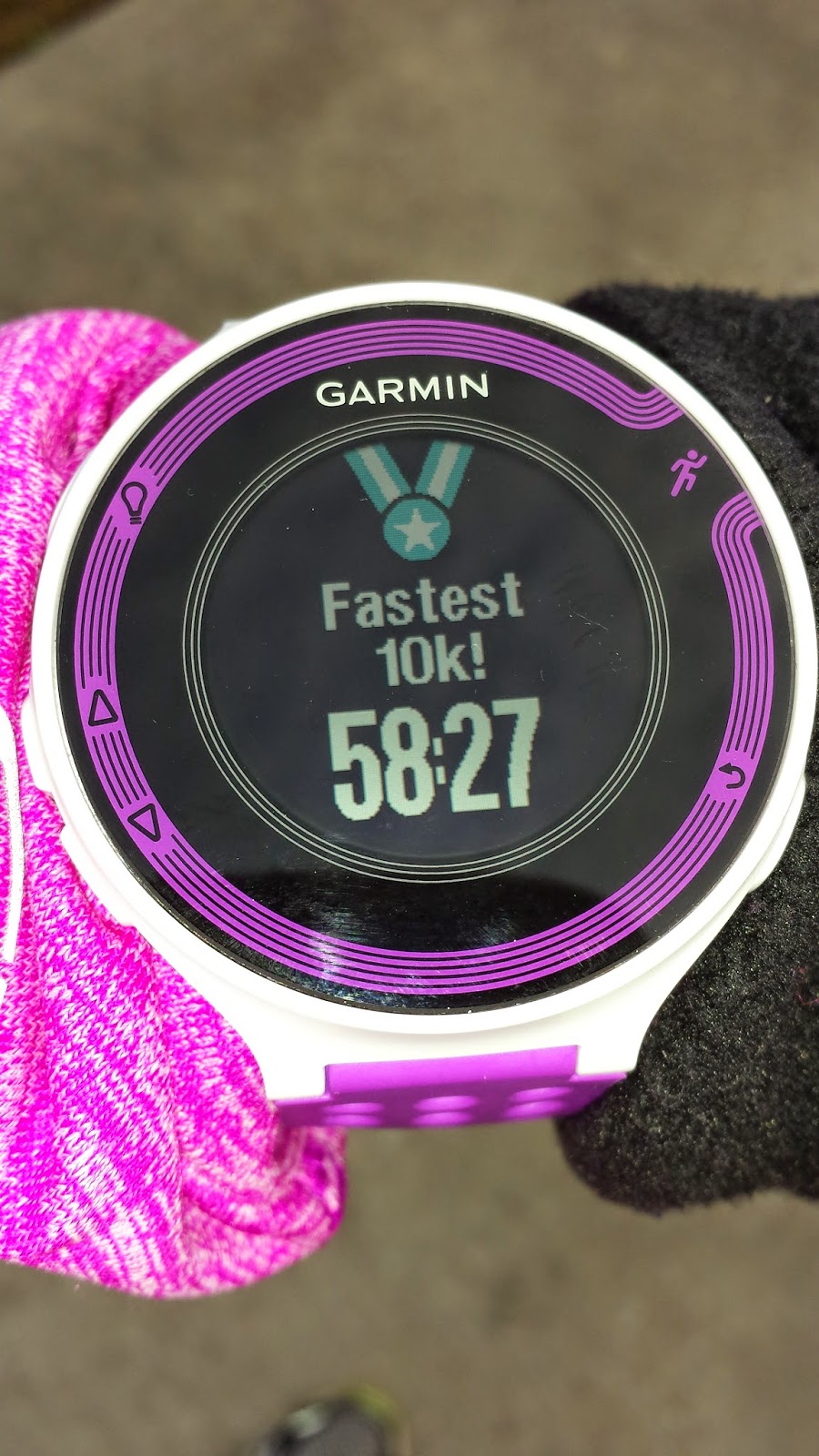 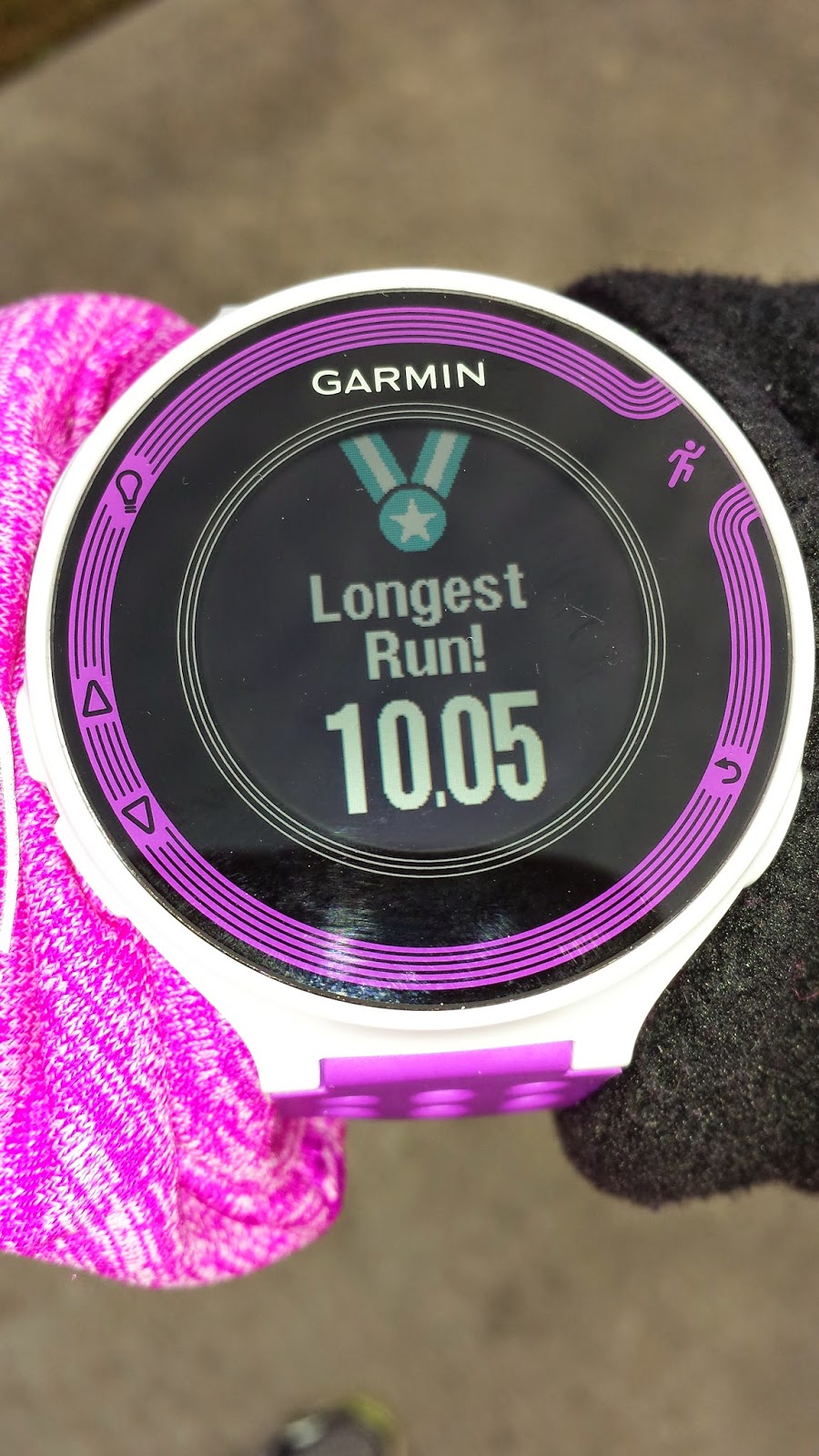 And those 10 miles were done! Next up...is the half marathon! 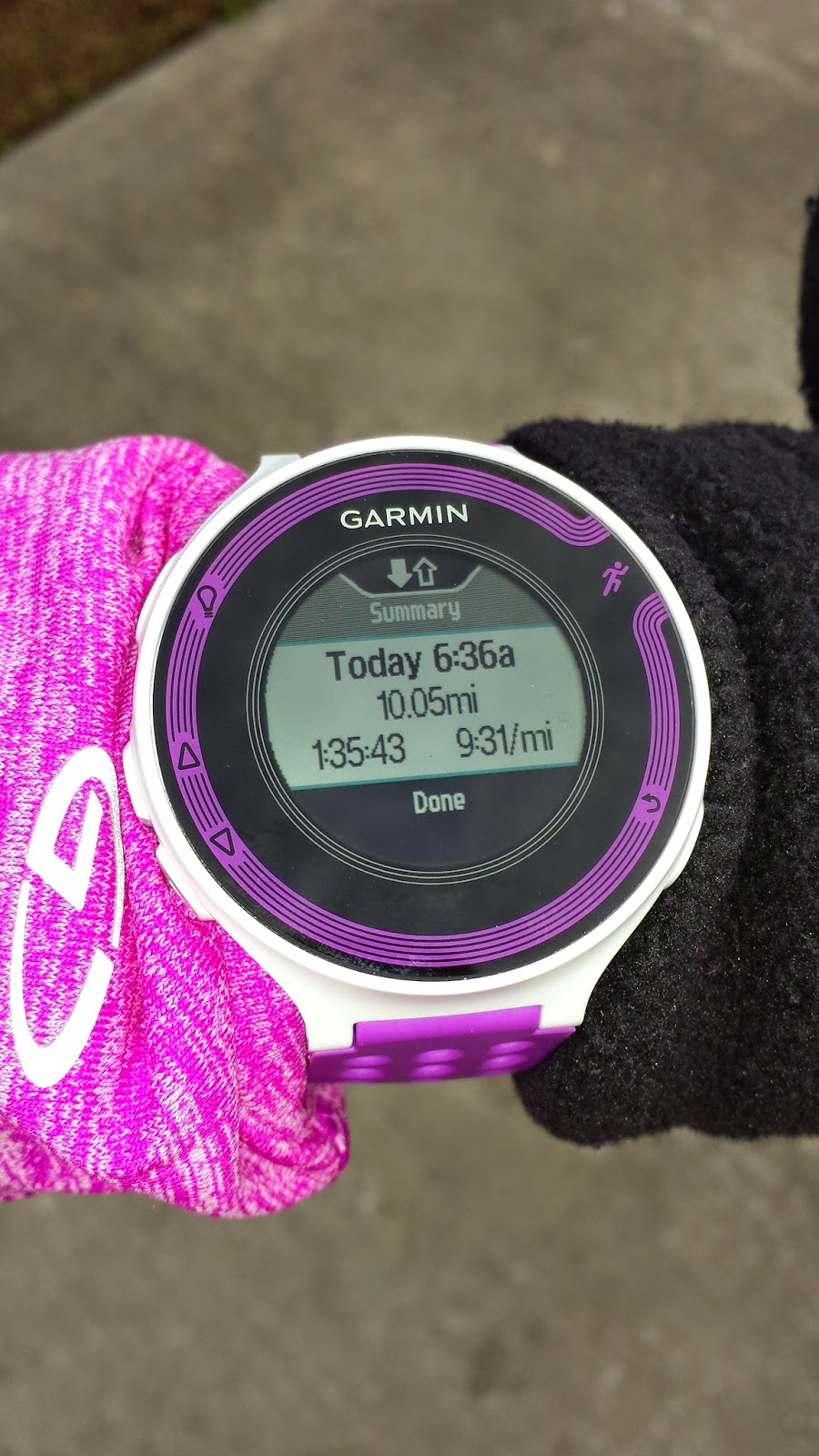 So thankful for Andria! She really pushed me those last two miles and got me through that run! 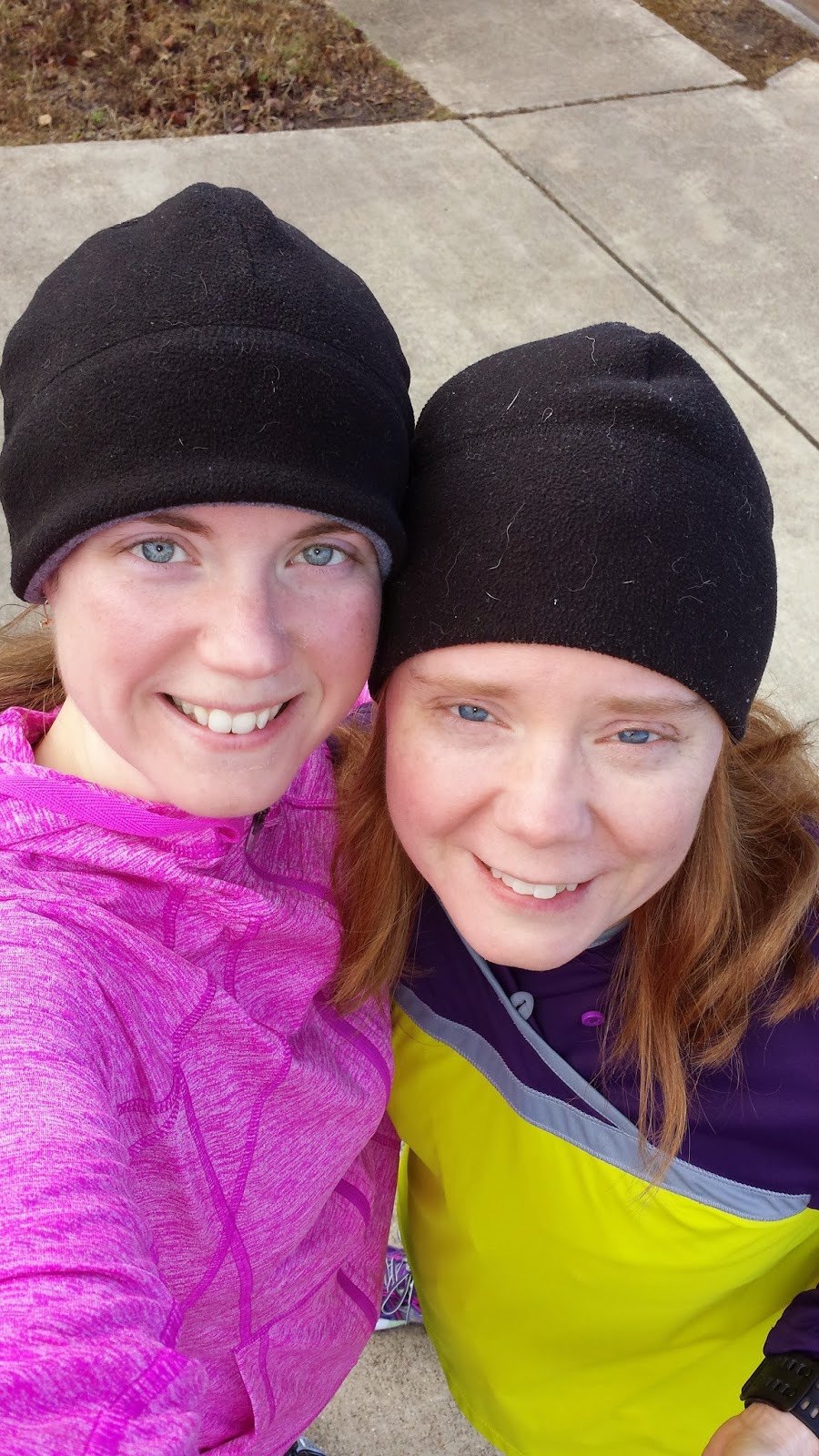 This run wasn't my very best but I got it done! I'm hoping I feel much stronger for the half this weekend!

QOTD: What do you do when you hit a wall? How do you quiet that mental battle during a run?