So half marathon training has officially begun! It is super hot and super humid right now but a girl's gotta do what a girl's gotta do! As you can see I have a pretty full race schedule. It's not as full as it has been in the past though. I may take it easy this fall since that seems to be the time I always get injured.

This past Saturday was the first long run for the Gulf Coast Half. Jenny is running this one with me and I'm so excited we will be training together too!

We started training with a 7 mile run. I'm not gonna lie...I was a little nervous about 7 miles because it's been a while since I've run anything over 6!

I made sure to fuel properly before the run. A bowl of oatmeal seems to be the best fuel for me. So I woke up with enough time to eat.

We started from my house and ran my favorite route to downtown. It was hot. It was humid. But we did our best to beat the heat by starting early. 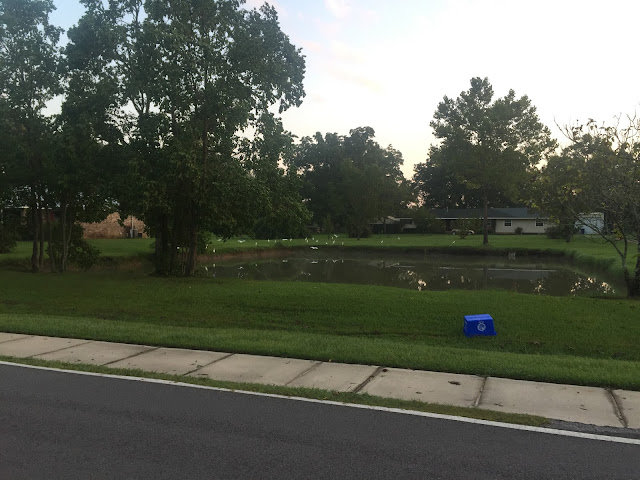 The run was feeling great for me! I was so glad! I was worried about running 7 miles in the heat of summer. But I think fueling and hydrating properly were key for me.

As we were running we passed by a house where two older men were sitting on the front porch. We shouted, "Good morning," to them. They said it back and also said, "Y'all are getting in shape! Oh...y'all are ALREADY in shape!" It was too cute and made our day! :-)

Shortly after that it was time to turn around and head back! The second half of the run was hot but we made it! We conquered those 7 miles!!!

And I was pretty proud of my pace! It's tough to maintain that pace in the heat and humidity! 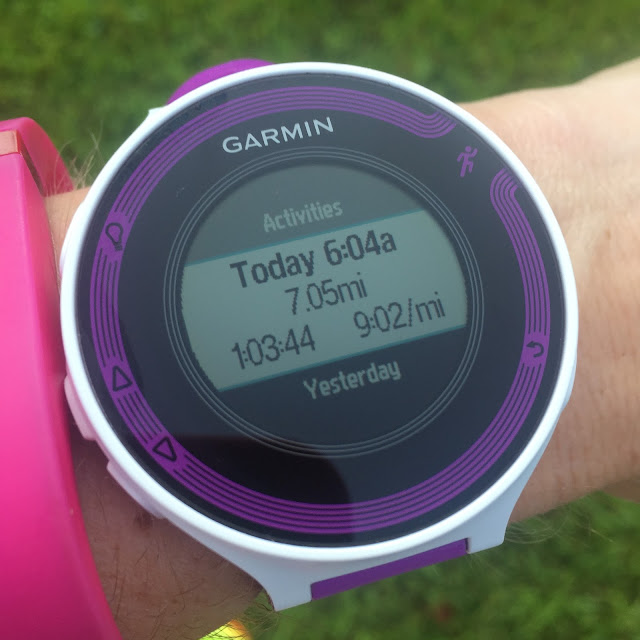 As always....running with Jenny is so much fun! I'm so glad we will be training together! And we are running all the races on my schedule together as well! Yay! 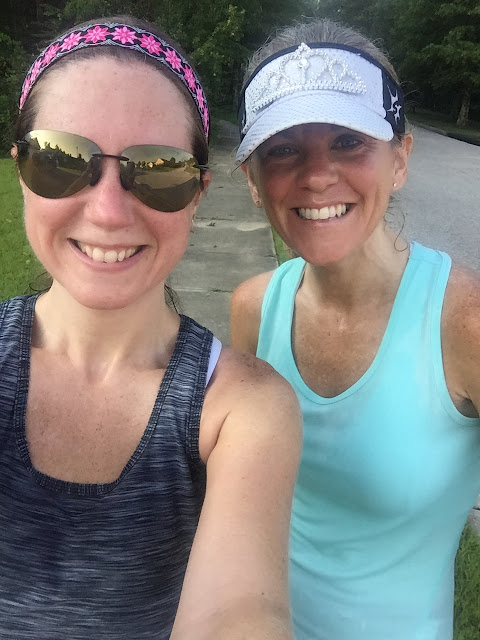 QOTD: Are you currently training for a race? Are you running any of the races on my schedule?