This past weekend I changed things up a bit and ran my long run on Sunday. It was actually because I wanted Jenny to run with me and she was leaving super early Saturday morning to go to the beach and watch the Blue Angels fly. So we decided to run on Sunday morning!

I wanted to run 6 miles. It has been awhile since I've run that distance. And that's the base I want to keep for the summer.

I met Jenny at her house to run so it would be a different route for me. We basically ran an out and back route which I like so much better than running in neighborhoods.

The weather that morning was super hot and humid. But that's just the way it is here on the Gulf Coast and I have to deal with it.

I got to see the sunrise as I was driving to Jenny's house! It was gorgeous rising up over the corn field! 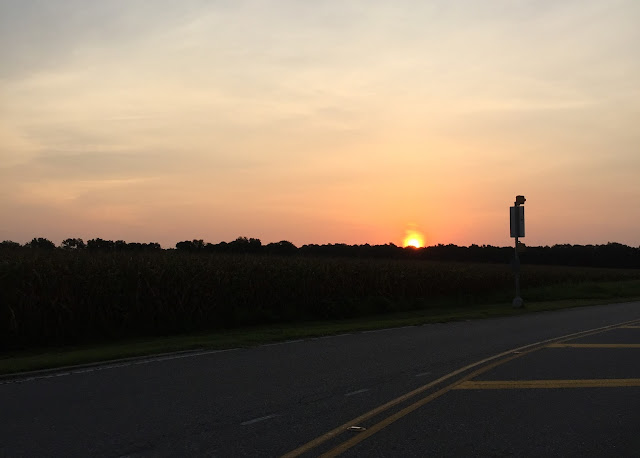 We started our run and it was hot! My legs were heavy. And it was hard to breathe. But I knew I wouldn't quit! And having Jenny there with me makes it so much easier to endure the struggle!

I loved the route we ran! It is in the country and so pretty! We tried to take more pictures of the sun rising but for some reason it kept looking like a lemon in the sky! Lol! 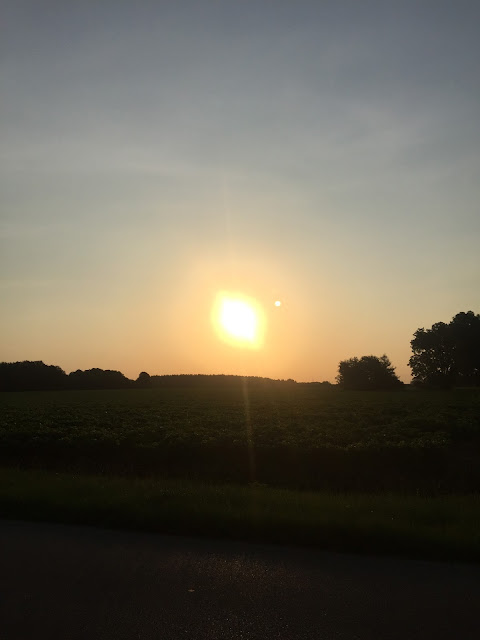 We talked to some cows on the run! They didn't talk back but looked at us like we were crazy! 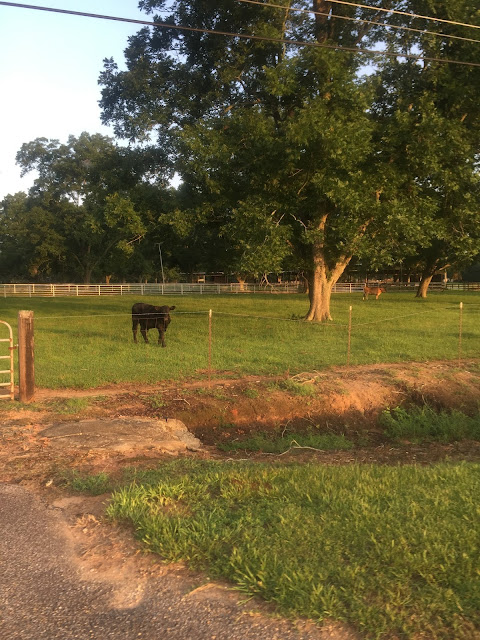 About a mile after we turned around we heard and saw a little white dog. He was running up his driveway towards us. Jenny said he was right on his hubby's ankles when they were running the other day. Scary! She used her mean voice and told him, "NO!" and he left us alone thank goodness.

The rest of the run was pretty uneventful after that! Before long we were done! Not a bad pace for a super hot and humid morning! 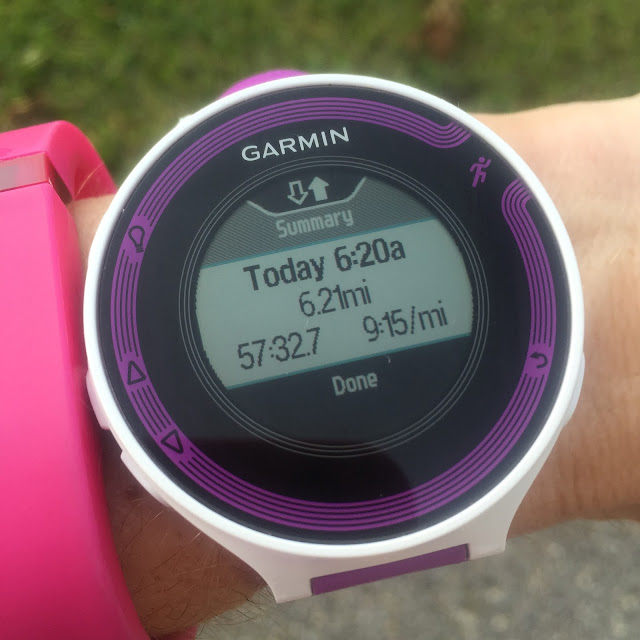 We planned it so we would have a nice little walk afterwards. While we were walking and cooling down we saw Jenny's husband Eric running towards us! We made him stop for a quick selfie before finishing his run. ;-) 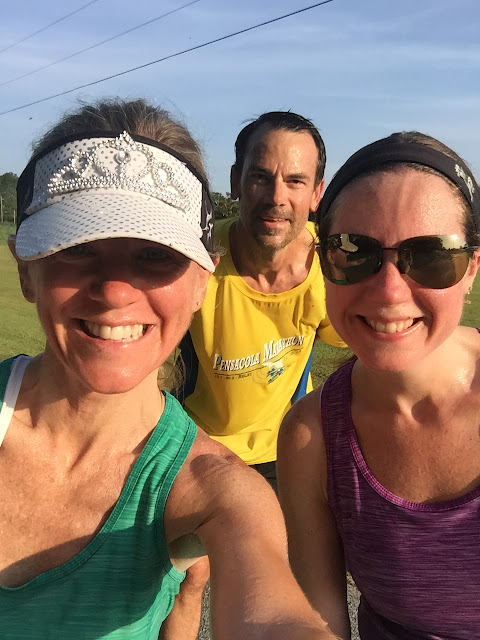 I always love running with my friend Jenny! We both talk so much and it keeps us from noticing the miles! And it makes it go by fast! So much fun!!! 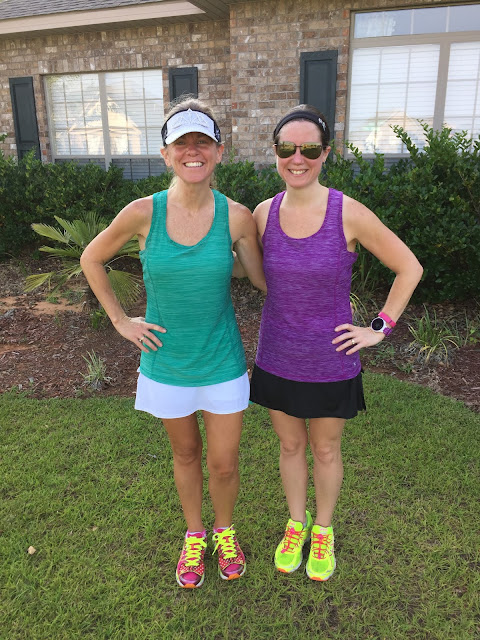 QOTD: Do you prefer running with music or with a friend?