This week Jenny wanted to run 8 miles. I was a little worried about 8 miles in the heat and humidity! But I knew we could do it! It just may not be pretty!

We decided to run down by the bay. I hadn't run there in a while and it is one of my favorite places to run! 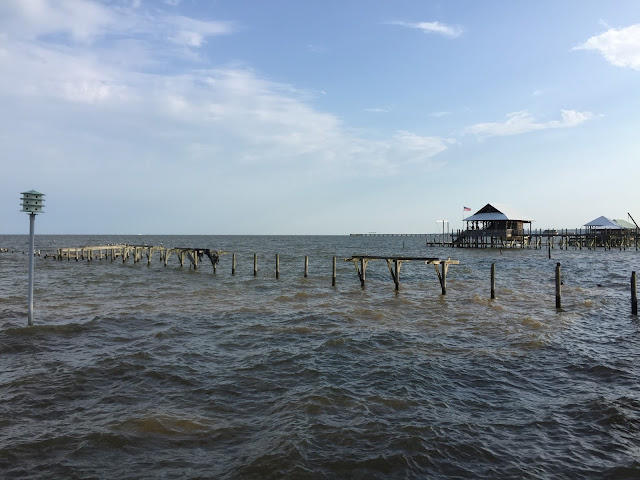 A blogger friend, Jen from Marathon Mom, was also in town for her graduation for her doctorate degree! She needed to run 14 miles for marathon training. So she came and met up for our 8! It was so good to meet her in person! And running together made it even better! 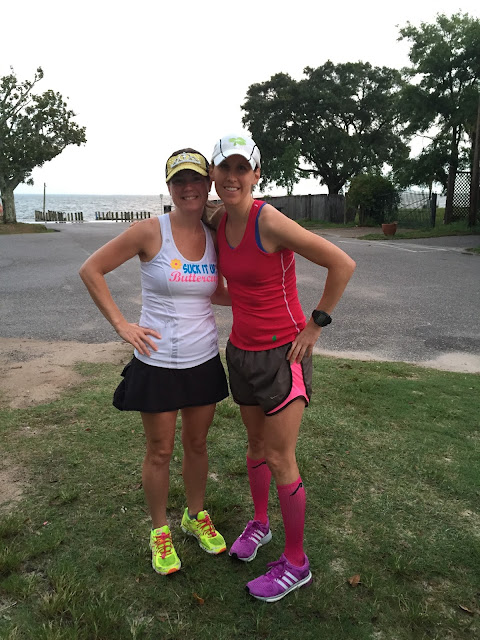 Jenny's husband Eric came and ran too! He's much faster than us but he stayed with us until mile 4 when we turned around. He kept going another mile before turning back around.

The run was great at the beginning. We were running right by the water and there was a nice breeze! But once we got away from the water it was hot and very humid!

Despite that we kept a great pace! We talked and talked! Jen and Jenny had lots to talk about because Jen lives in Minnesota and Jenny is from there!

The last two miles were a little frustrating. We saw so many people out running that morning! But this one guy was in front of us and every time we tried to pass him he wouldn't let us! It was like he didn't want to be passed by girls! Lol! You can see him in this picture below. 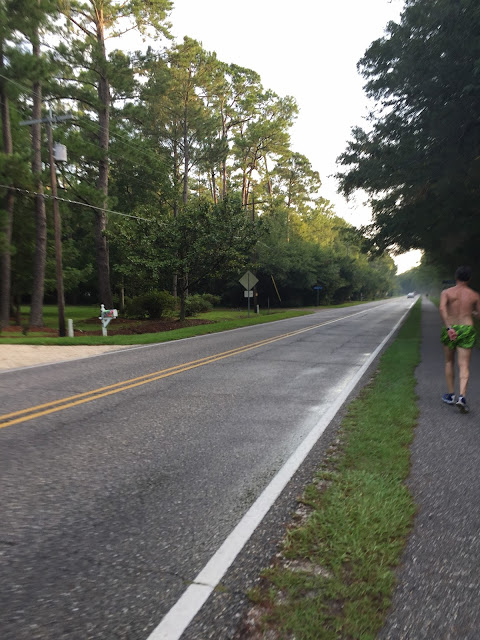 Finally the sidewalk split into two by the water and we went on the opposite sidewalk from him and were able to get in front of him. It was so frustrating that he was so rude and wouldn't let us pass him! Jenny looked and he made us slow our pace by 24 seconds! In run time that's a lot!

Overall the run was great! I felt amazing the entire run. I just struggled with breathing a little due to the humidity. But I was very happy with our pace and run! 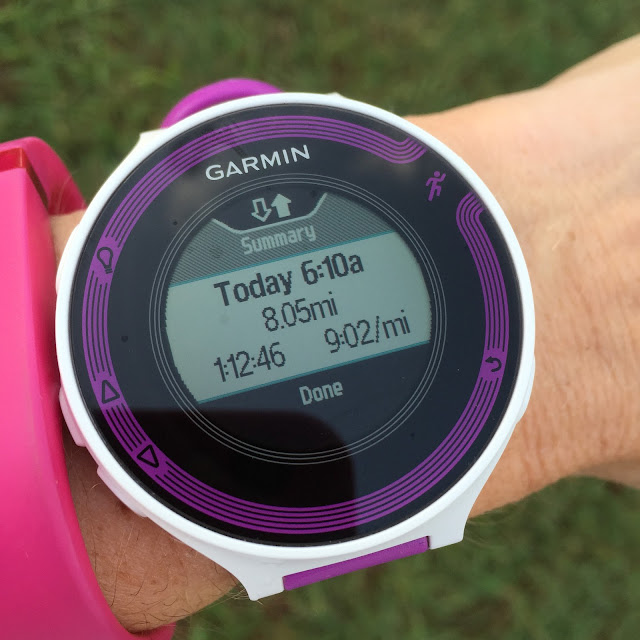 It was so great running with Jenny and Jen!!! Running with friends always makes a run so much better! 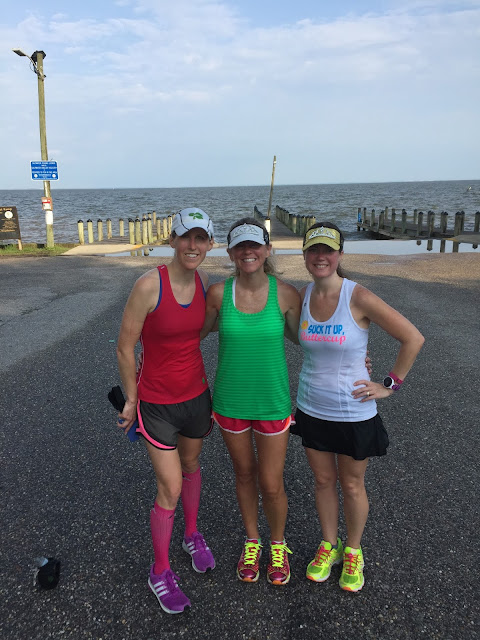 After pictures Jen went on her way to finish the rest of her 14 miles. She ended up doing great!

Jenny, Eric, and I went to our local coffee shop for some coffee! Coffee after a long run is one of my favorite ways to refuel!!! 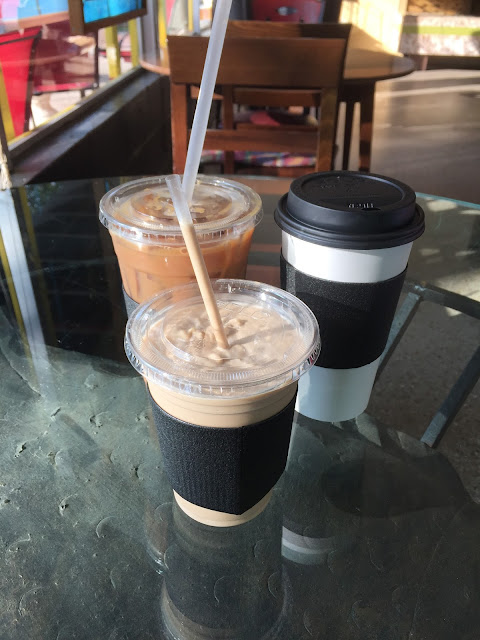 It was a great morning and amazing way to start my Saturday!

QOTD: What is your favorite way to refuel? Are you a coffee drinker?