This week turned out to be another rest week because I had so much to do. But that's the beauty of making up your own training plan. You can tweak it when you need to!

I had to run long on Sunday this week instead of Saturday so I was on my own.

It was pretty much the perfect running weather! The temp was 42. There was a light wind but it wasn't too bad. 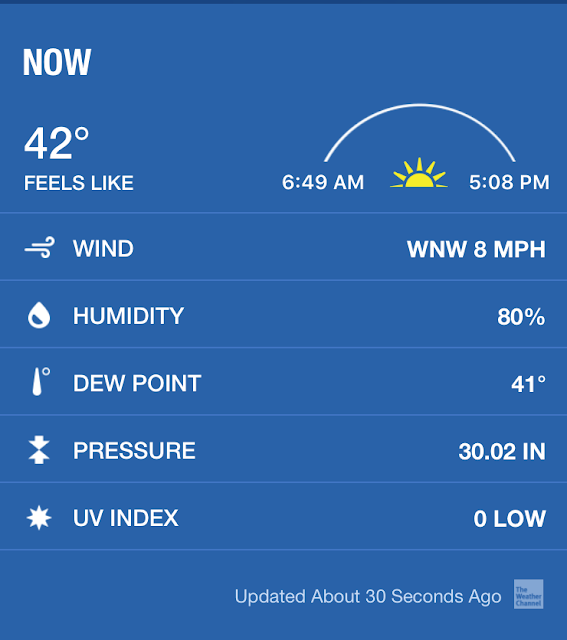 I ran from my house. I started running at 6:55am so I needed to run a route that I didn't expect to have too much traffic on a Sunday morning. I chose a route that is different from my every day streaking route but still from my house. I also tried to focus on slowing down a bit since it was a longer run. That is always a challenge for me especially when I'm running by myself.

The run started out great. I chose to get the potential traffic road done first. Luckily I only encountered a few cars and they were really nice and got over on the other side of the road when they passed me. I love it when the cars are that nice!

The clouds were so pretty as I was running! I was hoping to watch the sunrise but it was covered with the clouds. You could see a little bit of light trying to peek through but not much. It looked like a wintry day for sure. 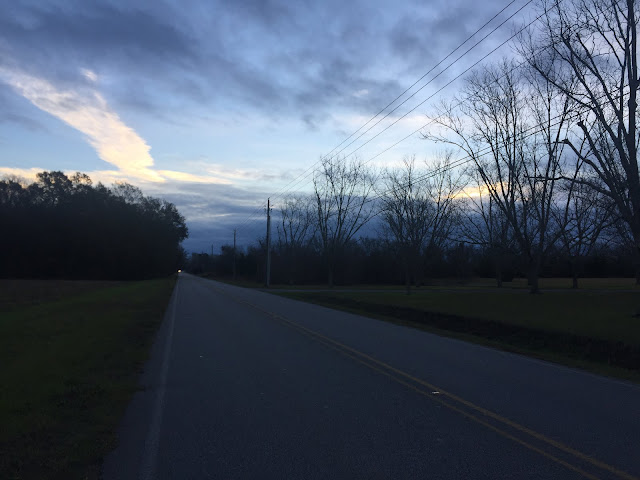 Before long I had made it to the neighborhood I would be running through. This also meant I had made it halfway! What a great feeling!

I started to pick up the pace here as well. I was enjoying the run but the temperature was dropping and I was starting to get chilly. And I was thinking about coffee. I wanted warm coffee! 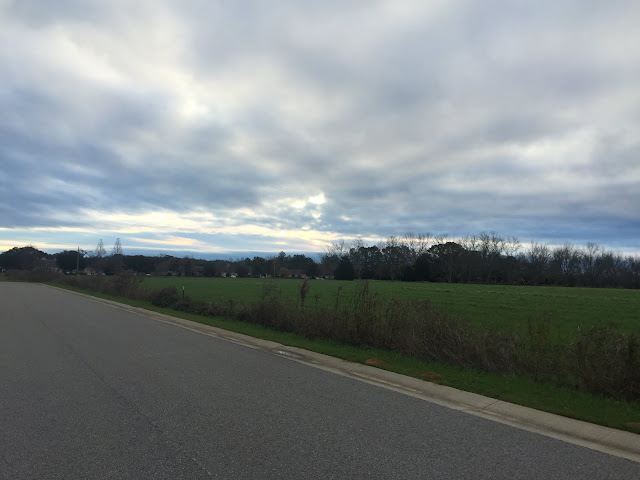 I finally made it out of the neighborhood and that meant I only had a mile to go! That last mile seemed to take forever! But I finally turned the corner onto my beloved sidewalk that would lead me home! 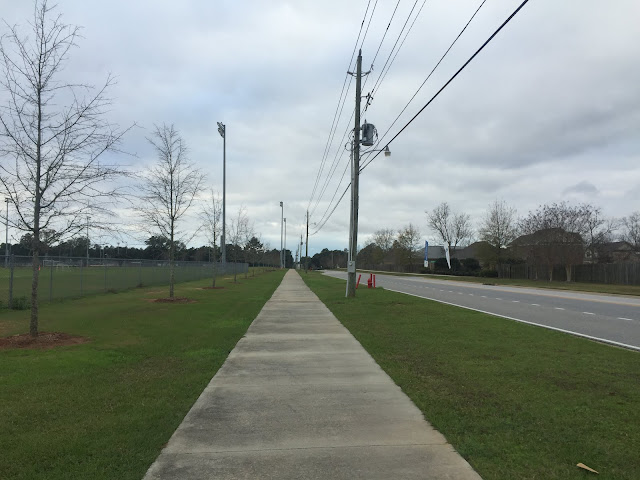 I was ready for the run to be done! When I stopped I was pretty proud of my pace! Even though I had tried to slow down I still ran pretty fast. I think the cold was getting to me lol! 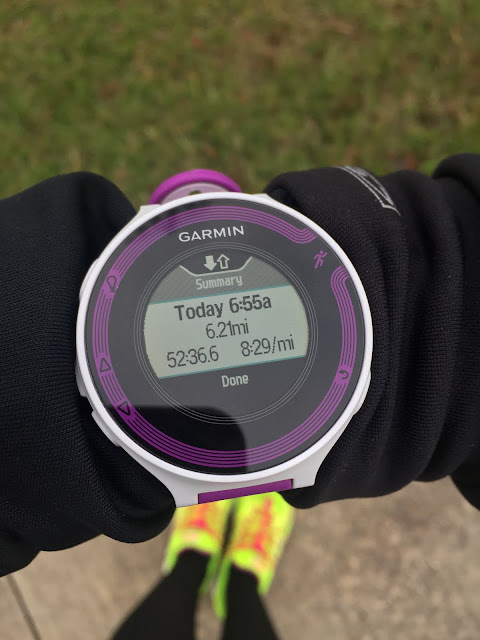 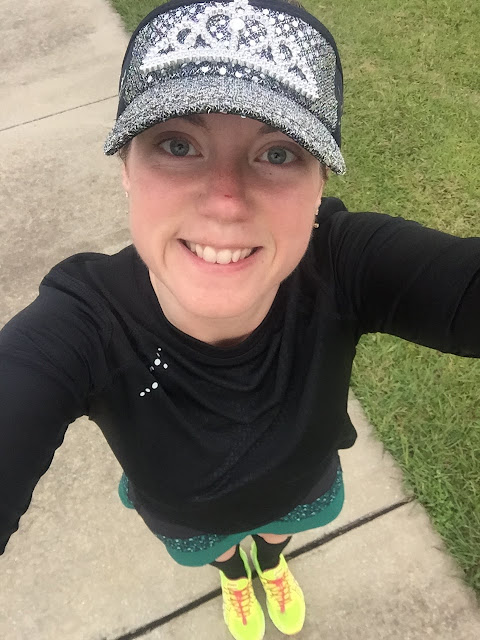 I was freezing at this point but wanted to try and get a picture like my friend Katie does. She always takes the best pictures and I thought someone was always there to take them for her. But she told me she just props her phone and uses the timer. So I decided to try it. Well...it didn't turn out too well for me lol! I think I will just stick to my selfies lol! 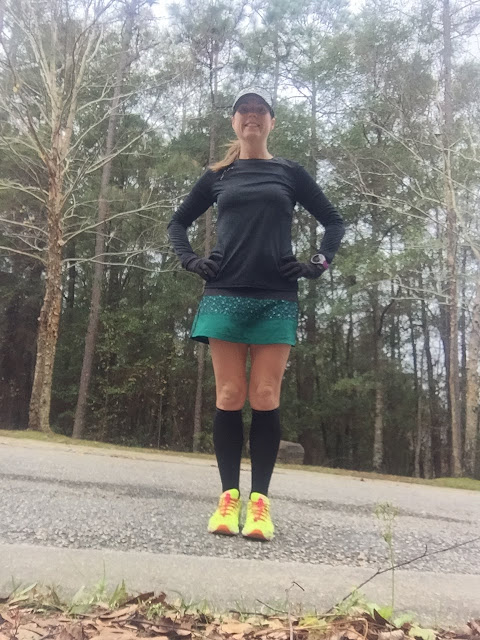 I was thankful for a great run! Next week 10 miles is on the schedule!

QOTD: Do you prefer people to take your picture? Or are you a selfie lover?