This week's training called for 10 miles! It has been a couple weeks since I had run a really long run. I had two weeks of 6 milers. So I was a little nervous about 10 miles! My left hamstring had been pretty tight lately and I was worried about it. I prayed the 10 miler was going to go well and not injure the hamstring. I was also excited about the run...because it's been two weeks since I had high mileage!!!

I was very thankful to run with Jenny! I made a route for us. That always helps me be more excited about the run as well...when I make the route.

I woke up that morning to clear and cool weather. The temperature was 45 degrees. I decided to wear a short sleeve shirt, skirt, and compression socks. I figured that would be warm enough once I started running. Jenny wore the exact same thing!!! And....this wasn't planned but we both wore runDisney shirts!!! We are both really excited about Princess Weekend!!!!

When we started running the sun was starting to rise. But it was really really foggy. That made it a little tough to breathe. 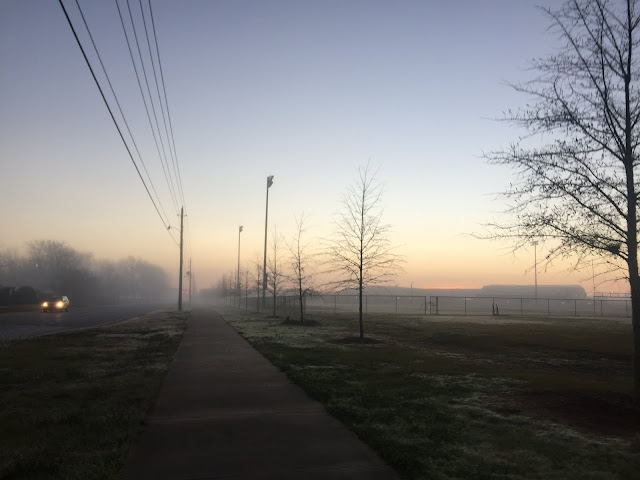 I planned the toughest part of the route for us to run first. It was the part that would have the most traffic. We got through those first few miles safely. They also flew by! While we were running along one of the highways we looked to our left and saw such a beautiful scene! The sun was rising and you could see it through the fog. It was gorgeous! I wish this picture did it justice! 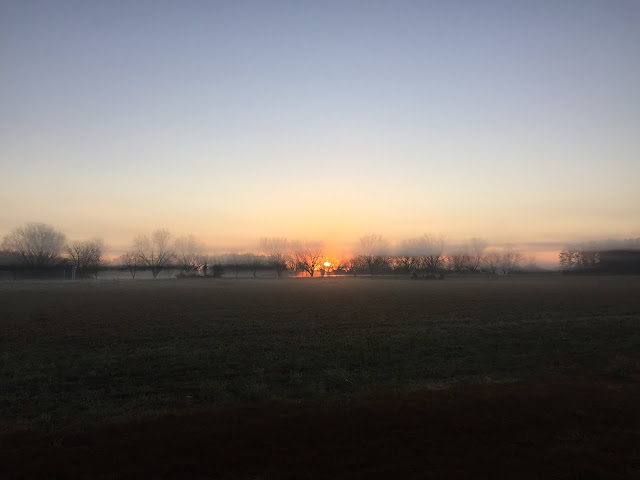 Before long we had made it to our first neighborhood that we would run in. I'm not a huge fan of running through neighborhoods but it had been a while and we needed some change of scenery. So I included several in this route. Plus neighborhoods don't have as much traffic as main roads do.

We went through two neighborhoods and then came to our third one. This was around mile 5.25. It was also where Jenny had dropped some water for us. So we stopped for a quick drink. I also couldn't resist taking a picture of the neighborhood's Mardi Gras decorations! Such a fun time of year around here! 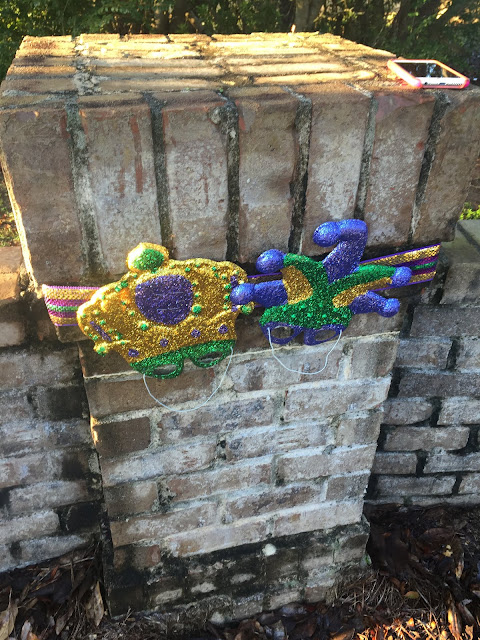 Then it was time to keep running. We were halfway there! The rest of the run was on roads that I run on pretty frequently. But Jenny's company made them more bearable! Before long...we were done!!! We had kept a pretty decent pace for 10 miles!!! And my hamstring did great! It didn't hurt at all the entire run!!! 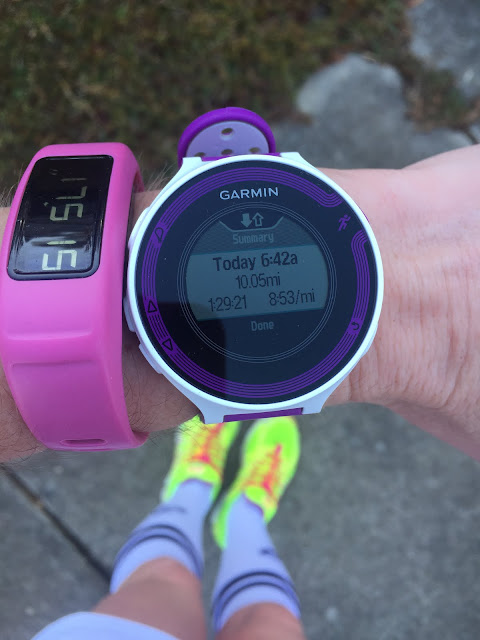 We attempted to prop my phone and take a picture. But it didn't work out as well as we had hoped lol! 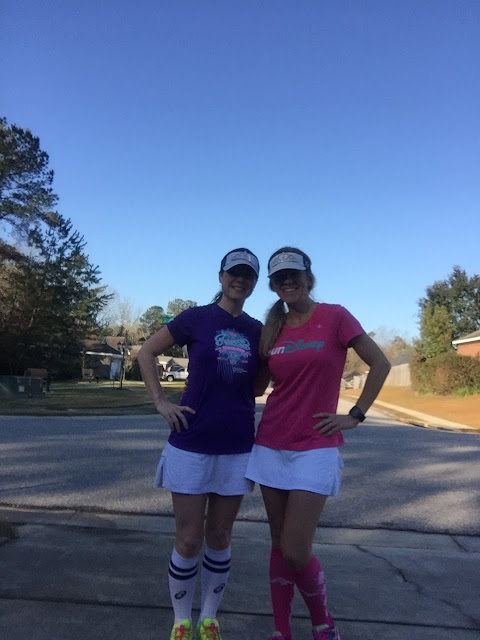 And of course we had to have a selfie!!! 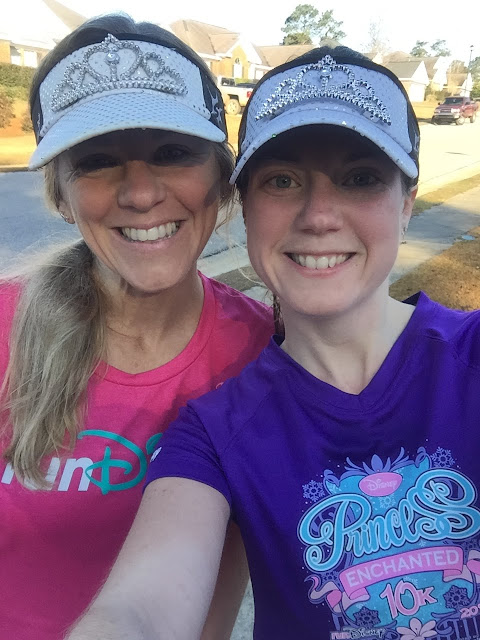 Luckily my hubby came to the rescue and took a decent picture for us! We wanted to show our cute matching runDisney outfits!!! 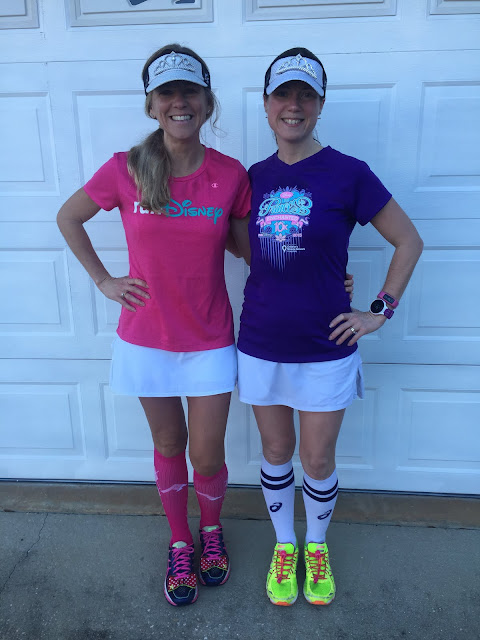 Then it was time to warm up! We were pretty cold since we had stopped running. And our hands were still freezing! I made a note to myself that anything under 50 degrees warrants gloves!!!

Jenny came inside for some coffee. We of course had to show our love for Starbucks and drink out of Starbucks mugs!!! 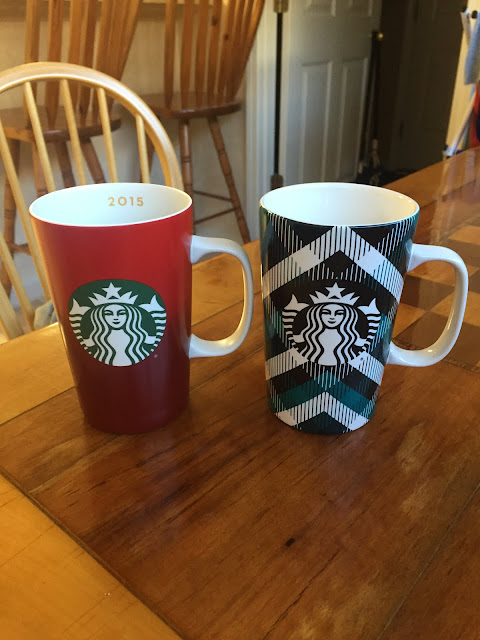 It was a great run! And we had a blast talking over coffee afterwards!

QOTD: What temperature is a must for gloves for you?