Who's ready to lose that weight you gained over the holidays? Don't wish for it....WORK for it! Let's lose that holiday weight together!
Because it is so much fun I am hosting another DietBet starting Monday, February 1st!
So...what IS a DietBet? It's exactly what the name says! A bet to lose weight! Here's how it works:1) Join a game. You can join my game HERE!2) The pot grows as players join3) Whoever hits the goal splits the pot!Sounds easy, right? The game I'm hosting (and playing in) is a 4 week game with a goal to lose 4%. You start out with a bet of $35. During official weigh in time you will submit two digital pictures to the DietBetter referees. One picture will be a head to toe shot of you standing on the scale in airport security attire (that's light indoor clothing with no shoes, belt, hat, outerwear, pocketbook, watches or accessories and empty pockets).  The second picture will be a close up of your official weight on the scale with a piece of paper in the shot showing the word of the day (will be distributed by Dietbetter at the time of the weigh in and serve as an official timestamp). No one will see your weight or pictures except the Dietbetter Referees.At the end of the game you will have a final weigh in (with photo proof). If you made the 4% goal...you split the pot with the other players that also made the goal! It's a win win situation! You win by losing weight AND you win by earning some money! The more players that play...the bigger the pot! 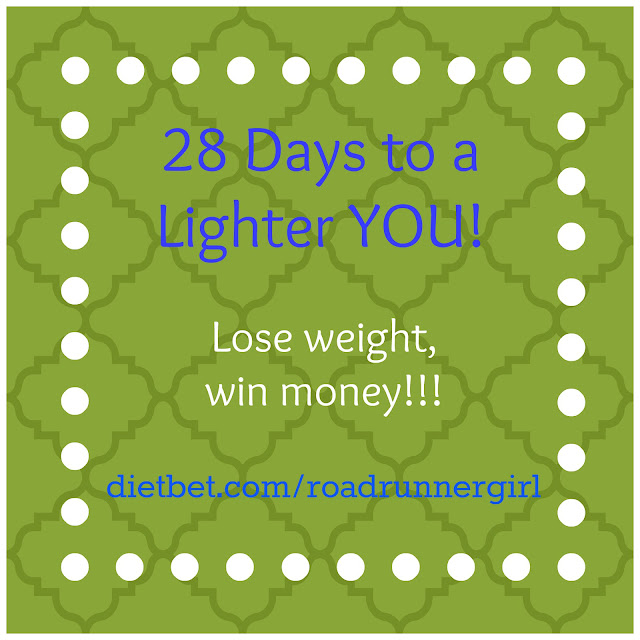 This will be my seventh time hosting a DietBet game! I even played along on the first two games I hosted and I won money both times! The first time I won $35 and the second time I won $50! All for losing weight! Pretty sweet! You can read both of those recaps below!
DietBet RecapSeptember Slim Down DietBet Recap 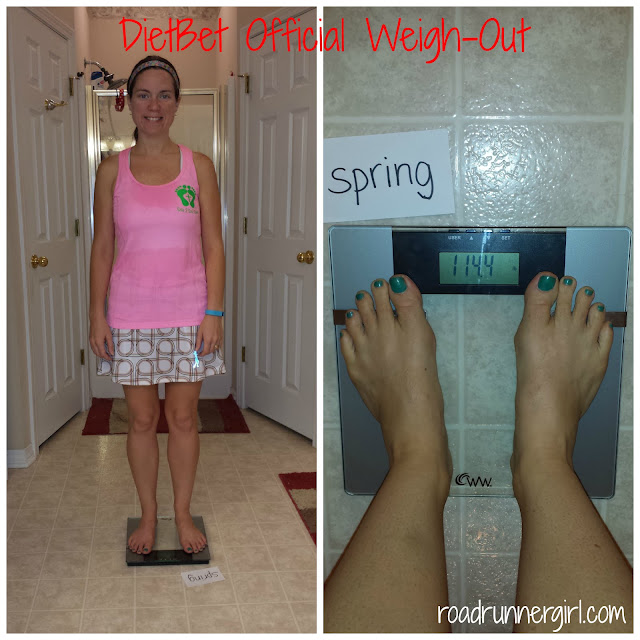