This weekend I set out to run at least 6 miles. My hubby decided to come with me and ride his bike along beside me! I was so excited to have him with me!

As soon as we walked out of the door the heat hit us. And the humidity. The air was so thick and hot. I knew this was going to be a tough run. But of course I wasn't going to not attempt it!

For those that have asked...no I don't run faster or slower when my hubby is biking beside me. I go at my normal pace and he adjusts.

The first 2 miles we were able to watch the sun rise! It was cloudy since rain was in the forecast but still beautiful! And I loved seeing it with him since normally he's still sleeping when I'm running on the weekends! 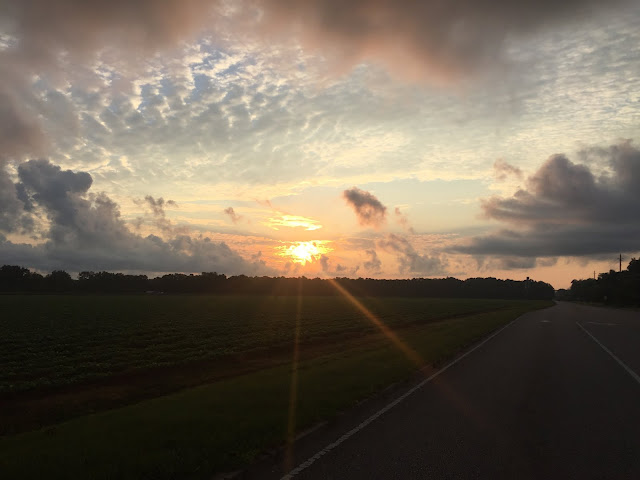 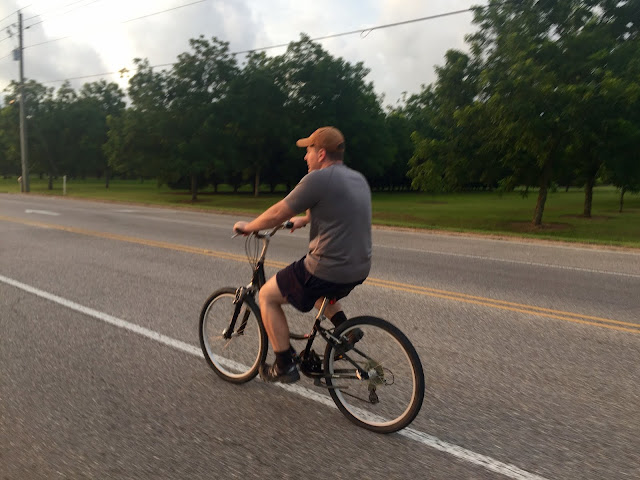 I'm not gonna lie though. This run got tough real fast. It was just so hot and humid! I was sweating buckets already at mile 1! But I'm stubborn and won't let myself give up. And I definitely can't give up with my husband there lol! 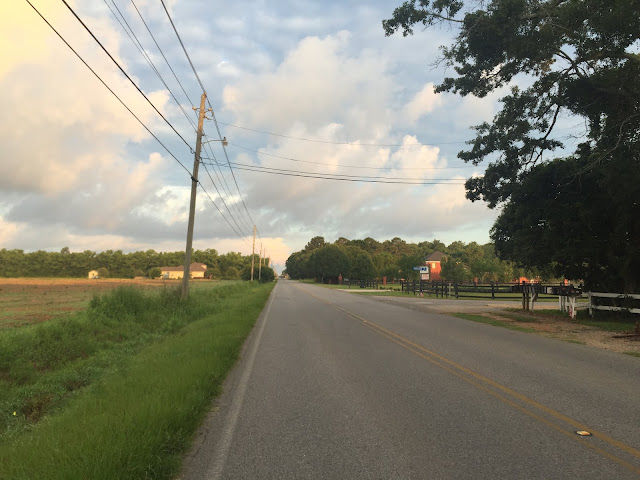 Even though we started early for a Saturday morning (or so I thought) we had to dodge a ton of traffic. My hubby did NOT like that at all. But it's what a runner has to do for a long run around here since there aren't sidewalks everywhere.

He felt much better when we got off the busy road and entered a neighborhood. Poor guy though. I barely talked to him. I was struggling. I could barely breathe. He probably enjoyed me being quiet for once lol!

We came to a road where we were going to turn and make a loop. But he wanted to turn right instead of left. When I asked him why he said when we had passed the end of that street the first time that someone had vomited and it was all over the road. You can tell I was struggling because I never even saw that!

I didn't want to veer from my route (I had my mileage routed out) but knew I didn't want to see the vomit either. So we turned right. And it was ok in the end. I had to run a little bit past our neighborhood (if we'd turned left I would have stopped before my neighborhood) to make the mileage but it wasn't too far.

The last mile was so tough! I was so ready to be done! And I had such feelings of disappointment. Just a few weekends ago I was PRing my long runs! But I KNOW it's the heat and humidity. I really need to slow down some so these runs aren't quite so hard. But I can never seem to do that. And so I struggle. Ugh! Maybe I will learn eventually. You would think I would remember how summer running is here on the Gulf Coast but it seems to take me by surprise each summer.

I was super glad when this run was done! 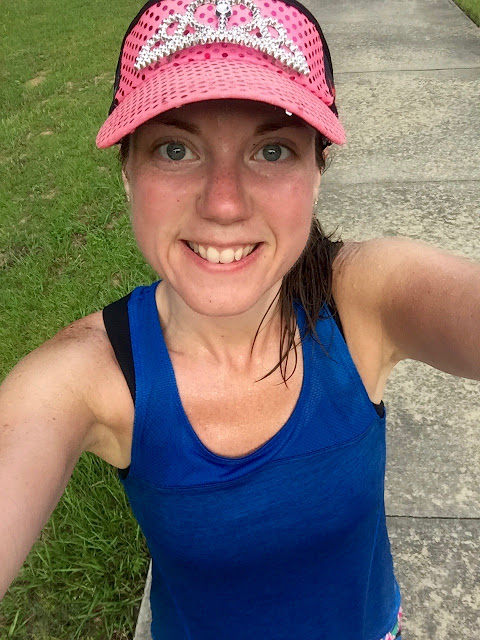 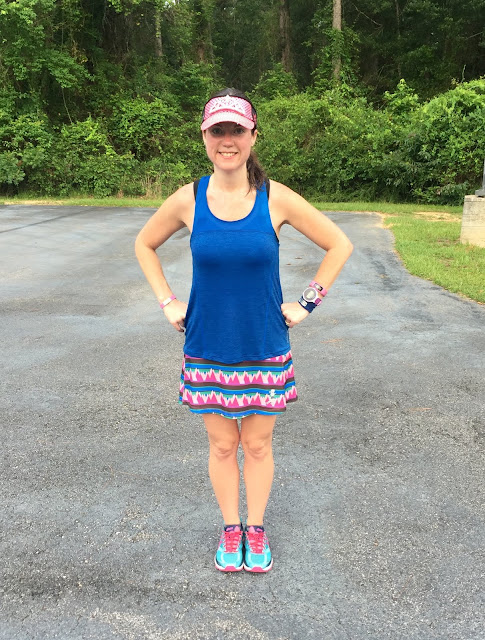 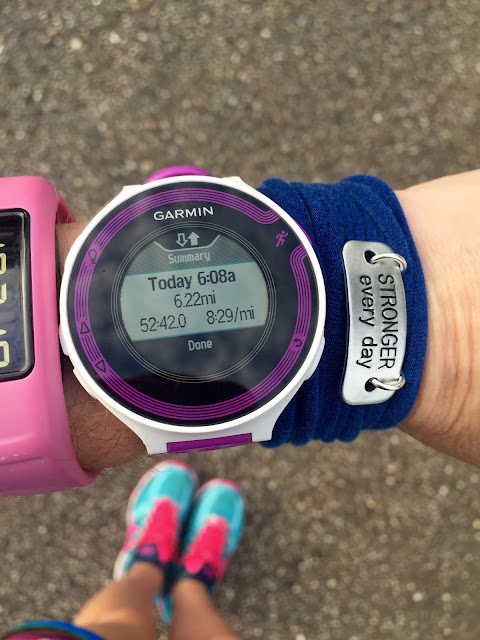 And even though I barely talked to him the entire run...I was thankful to have Andy riding his bike beside me! 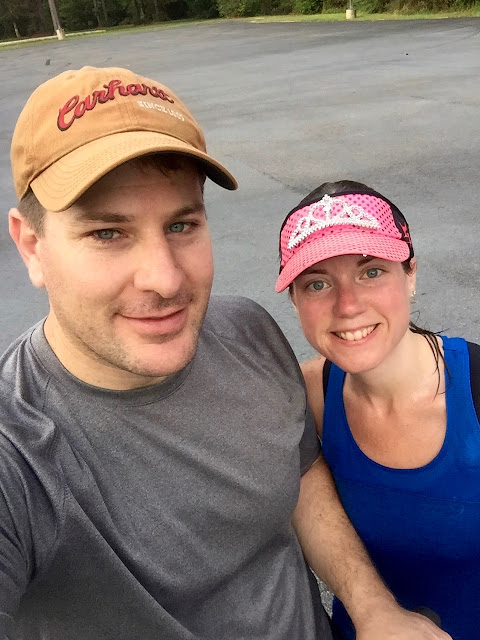 My goal this next weekend's long run is to slow down some! Do you think I can do it??

QOTD: Do you run or workout with your significant other?