This past weekend there was rain in the forecast. I wasn't sure what I was going to wake up to. Would it be raining? Would it be thunder storming? Or would I time it just right and miss the storms?

Well in the middle of the night I was woken up by thunder. Lots of thunder! And I could hear the rain as well. I woke up several times throughout the night due to rain.

So when my alarm went off I was so not ready to get up. But I could hear that it wasn't raining and knew I needed to get that run in while I had the chance. I had set my alarm earlier than I have been too because it is just so hot. I was trying to beat the heat as much as I could.

There were several clouds in the sky when I started my run. And it was pretty humid. And of course it was hot. 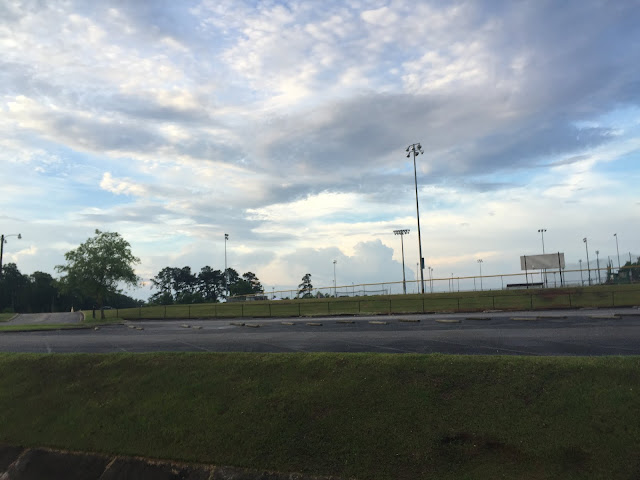 I tried to focus on slowing down some. My past couple of long runs have been a struggle and I know it's because I'm going too fast for this hot and humid weather. But y'all!!! Slowing down is so hard for me to do!

The sun had risen but the clouds hid most of it. It was pretty seeing it trying to peek out of the clouds though! And you can see how wet the roads were from all the rain! 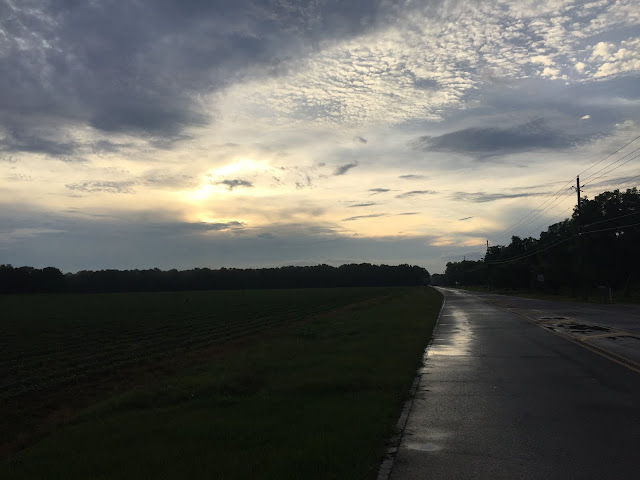 I made it to around mile 2 and then I turned around and headed toward a neighborhood that I was going to run in.

I just kept marveling at how beautiful the sky was! There were clouds but it seemed like they were trying their best to go away! 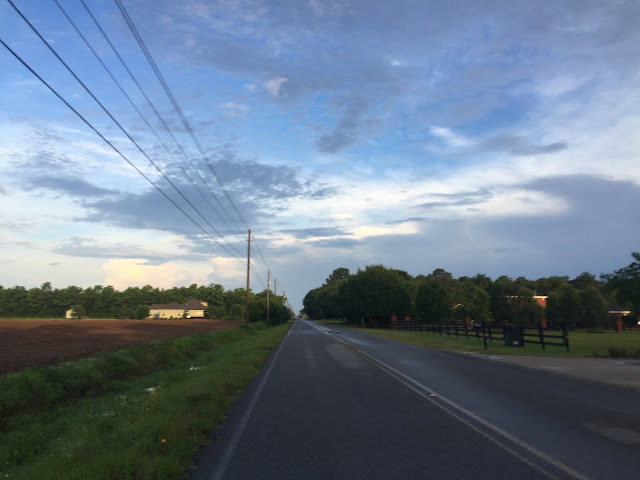 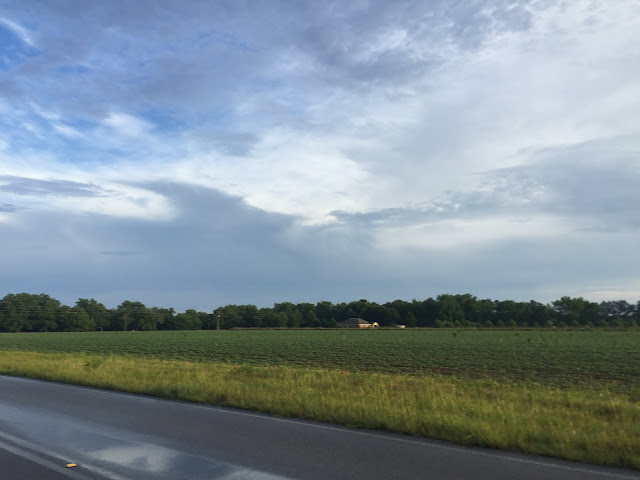 I made it to the neighborhood and ran several loops in there. They were getting ready for a neighborhood yard sale so I was entertained watching all the people getting their things out in their yard! 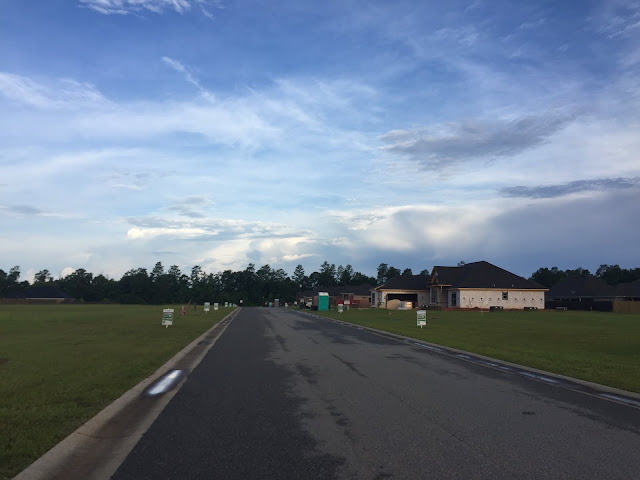 Before I knew it I was heading out of the neighborhood and back towards home. I was almost done! Like it's been the past few long runs..that last mile was tough. But I made it! Another summer long run was done!!! 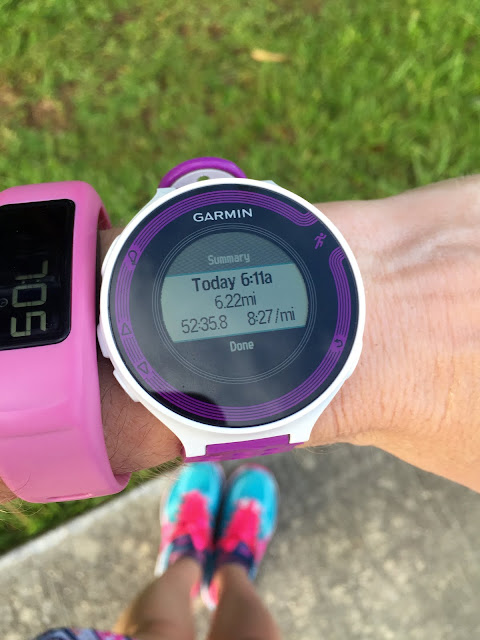 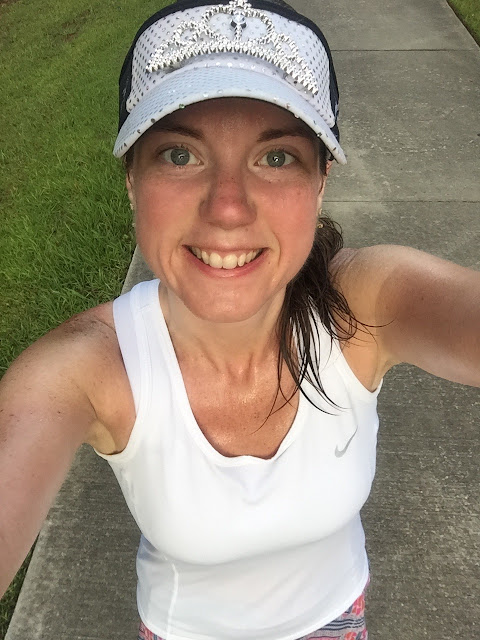 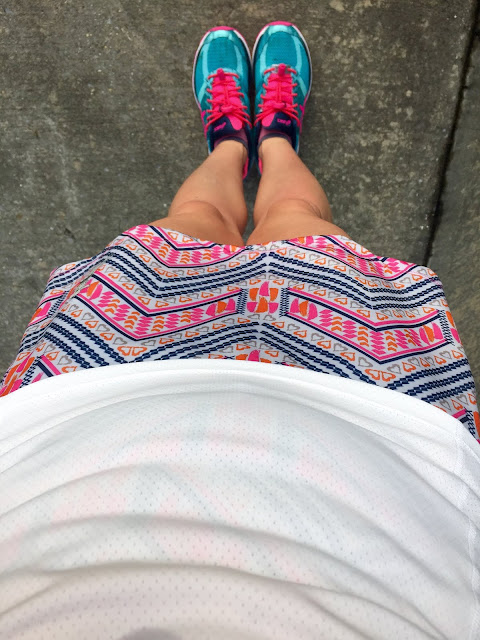 I was soaked with sweat! But so happy to have survived another hot and humid long run here on the Gulf Coast! My pace was a little slower but still pretty fast. I'm not going to complain lol!

After my run I made a cup of coffee and drank it out on the back porch with my hubby! Perfect start to my Saturday!! 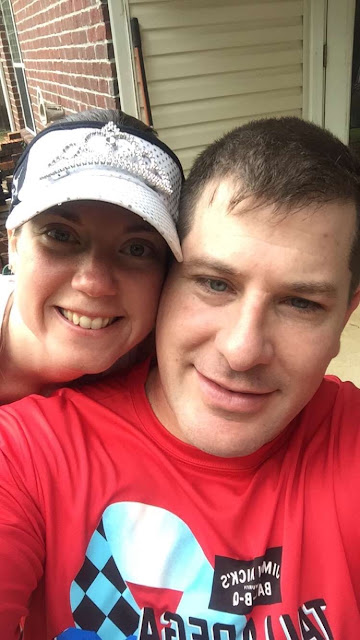 QOTD: Do you tend to slow down in the summer heat?